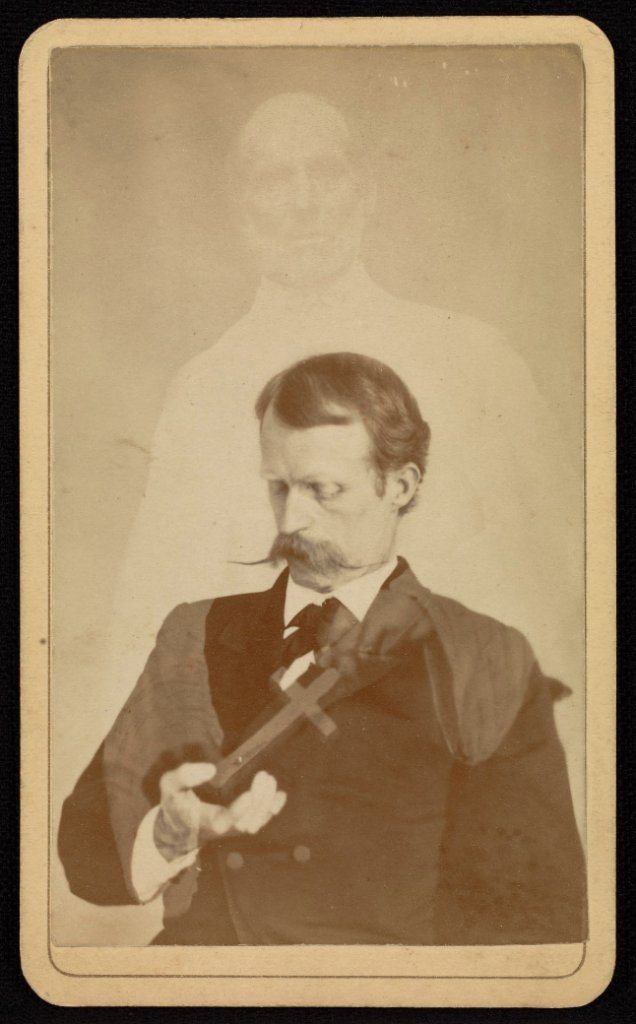 In a time right after the Civil War, when 1% of the U.S. population died fighting their own relatives, one photographer had a cruel idea: why not make money selling people photographs with their dead relatives?

Or, at least, sell them photos they think includes their dead relatives.

William Mumler, a Boston-based photographer, accidentally stumbled across the type of photography now known as "spirit photography." And in no time it would sweep across the whole U.S.

The Spiritualism movement was growing, and people were mourning, so the time was ripe for this accidental photography discovery.

In this video by the Met, professionals discuss what it meant to be one of the most controversial photographers in the United States. 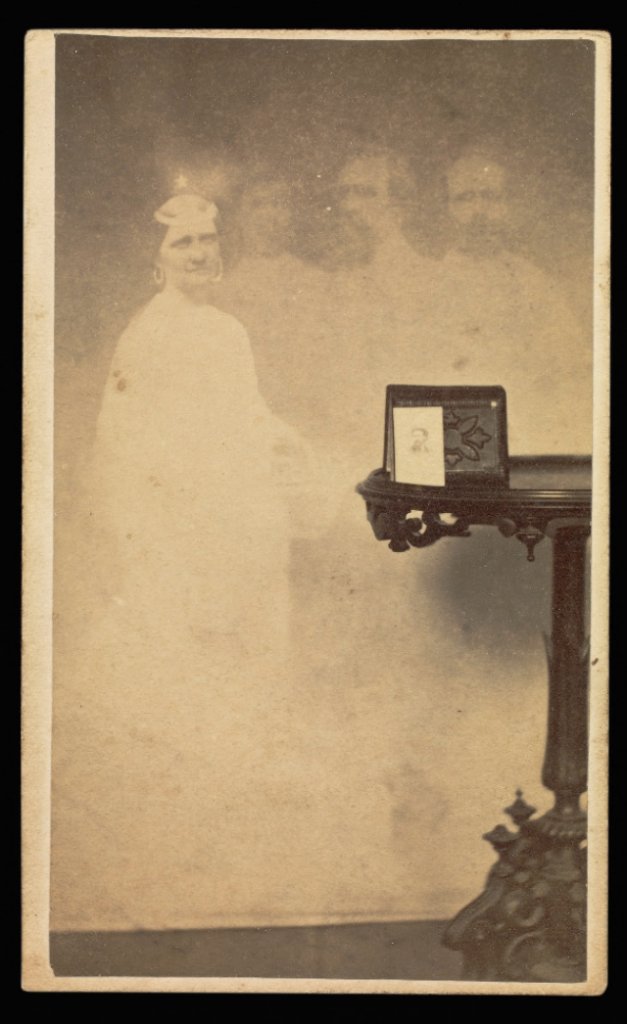 Mumler wasn't necessarily a photographer. He was mostly an entrepreneur that tried anything to make a quick buck, and this included selling elixirs.

He began as a home-grown chemist, although he was trained in silver engraving, so he decided to try photography. Why, photography? People paid an entire dollar for a photo.

As practice, Mumler tried to take some self-portraits. One of these portraits did not turn out how he thought it would. 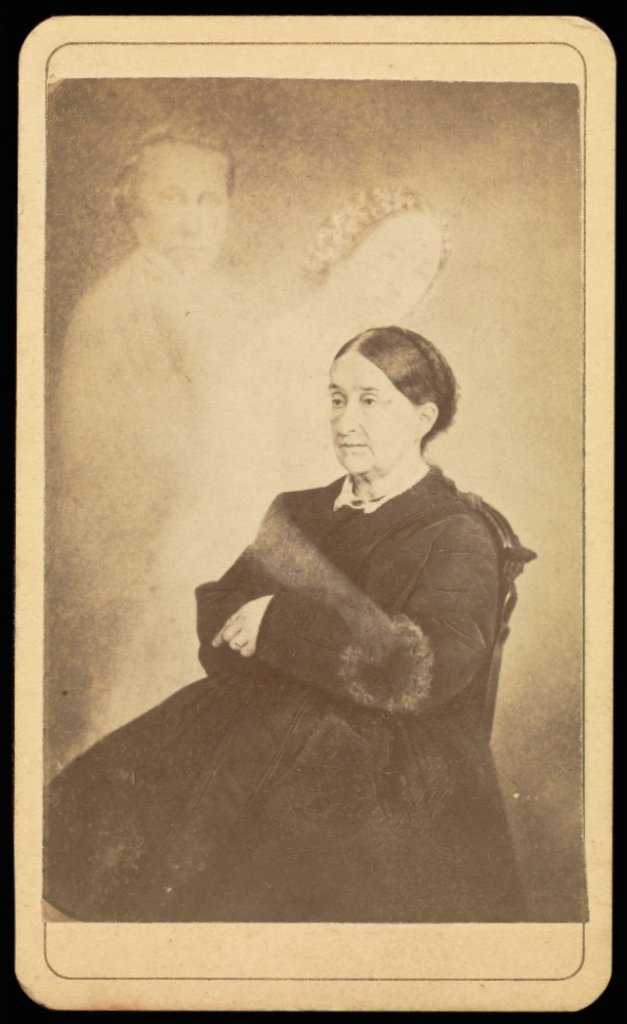 A girl who was "made of light" appeared beside him in the photograph, despite the fact that he was "quite alone in the room."

Mumler, seeking guidance, showed the photo to a spiritualist friend who confirmed it had to be a ghost.

Since all great entrepreneurs understand the otherworldly is quite marketable, Mumler shopped the photo around to popular spiritualist magazines.

That's when he exploded. 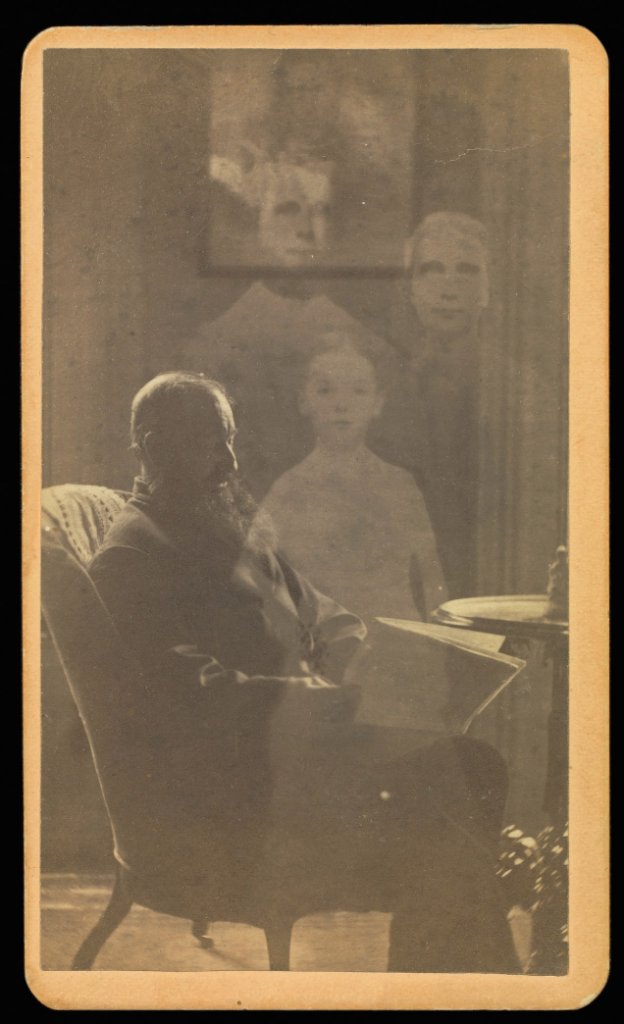 People were willing to pay as much as $10 per to get their photograph taken with their dead friends and relatives.

"Mumler sold himself as someone who could not explain what was happening or why he was chosen to take these pictures," said Peter Manseau, curator of American religious history at the Smithsonian Institution's National Museum of American History. "He was as astonished as everyone else that suddenly his camera could take pictures of ghosts."

How the Fraud Worked

Mumler walked every client through each photograph, and told his clients he couldn't "command the spirits," said Manseau.

Since Mumler told each one of his clients that the spirits came and went as they pleased, they wouldn't be as shocked when an old woman showed up in their photograph instead of the dead father they were expecting.

Mumler helped clients, much as psychics help clients today, to search their memory for what this totally unexpected sign could mean. 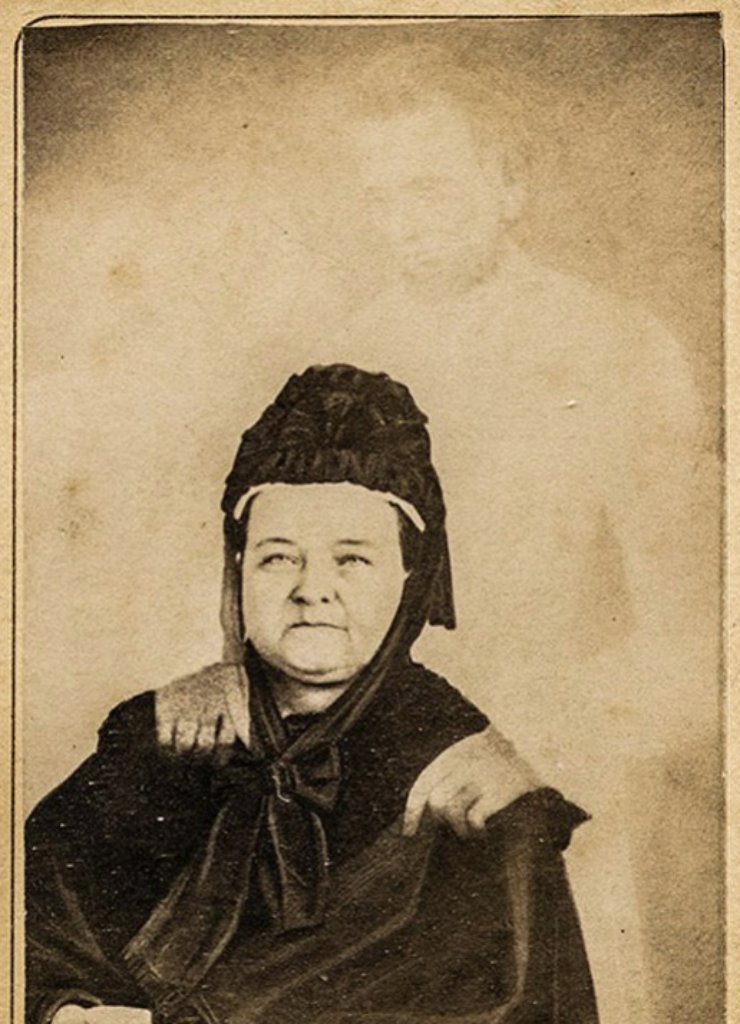 The photo above, featuring Abraham Lincoln's wife, Mary, was the biggest client Mumler ever had.

But not everyone was as trusting as the former First Lady.

Some other major names, P.T. Barnum for instance, decried Mumler as a fraud from the start. 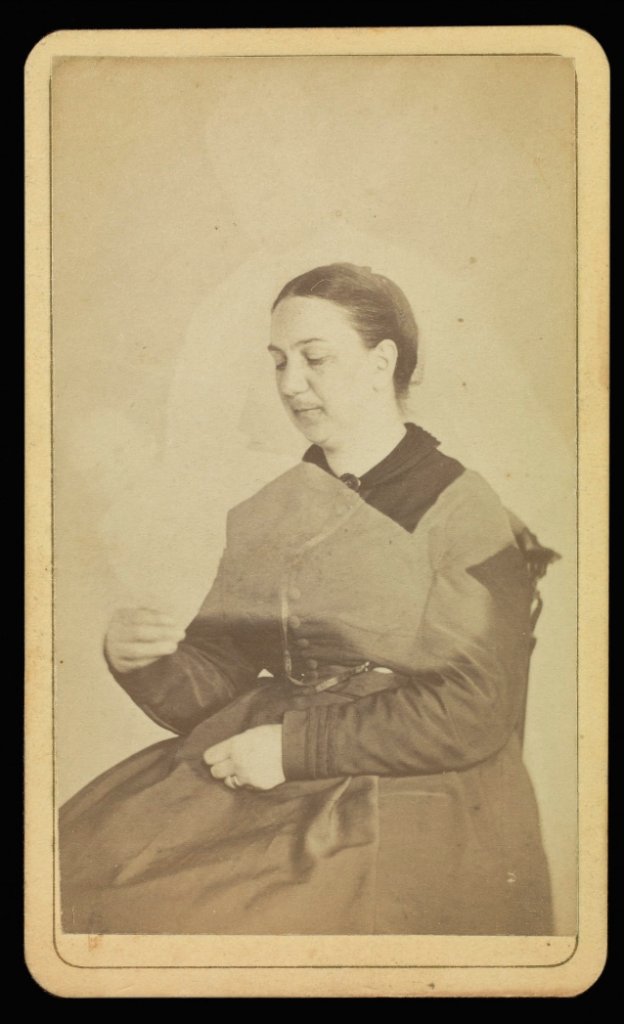 The art of manipulating photos was happening across the photography spectrum during the mid-1800s, so those who weren't open to the spiritualist movement doubted Mumler.

In one example, a woman got a photograph taken of herself with her dead brother. The problem was that the woman's dead brother miraculously showed up at home alive a while later.

While the woman blamed an "evil spirit," many started to blame Mumler. 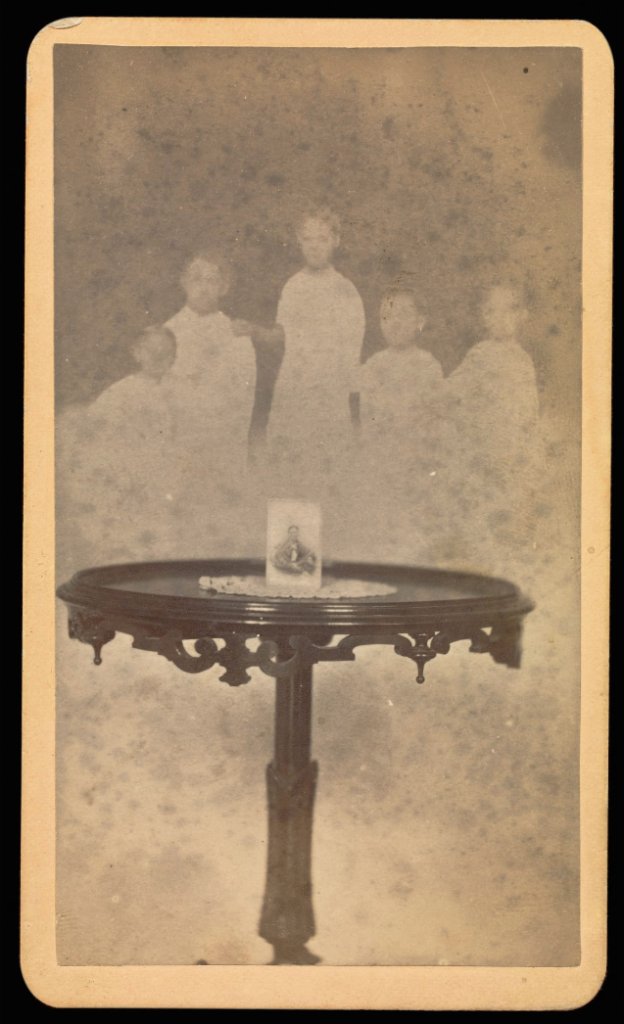 In another case, a man who came to Mumler realized the "ghost" in his photograph was his wife. Only his wife was very much alive and had visited Mumler to get her portrait taken only a short while before. 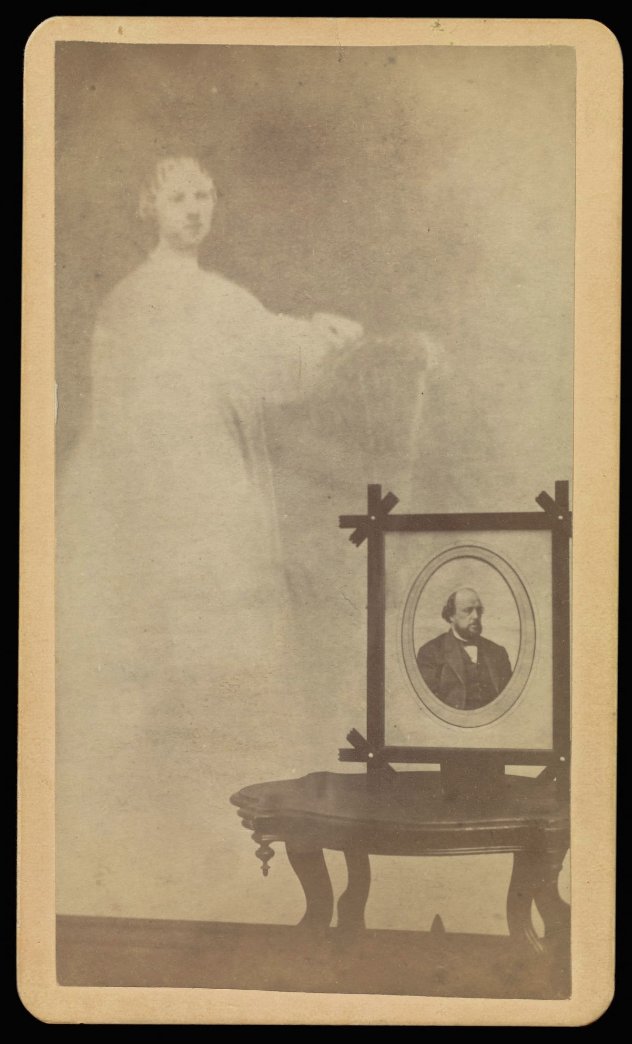 Mumler tried to outrun his skeptics and move to New York in 1869, but he was arrested and tried for fraud.

The prosecutors brought in a variety of photographers and chemists during his trial. These experts outlined 9 ways the photographs could have been faked.

P.T. Barnum even got involved in the trial and commissioned a photograph where he was standing next to the ghost of Abraham Lincoln. Unfortunately, the jury wasn't convinced. 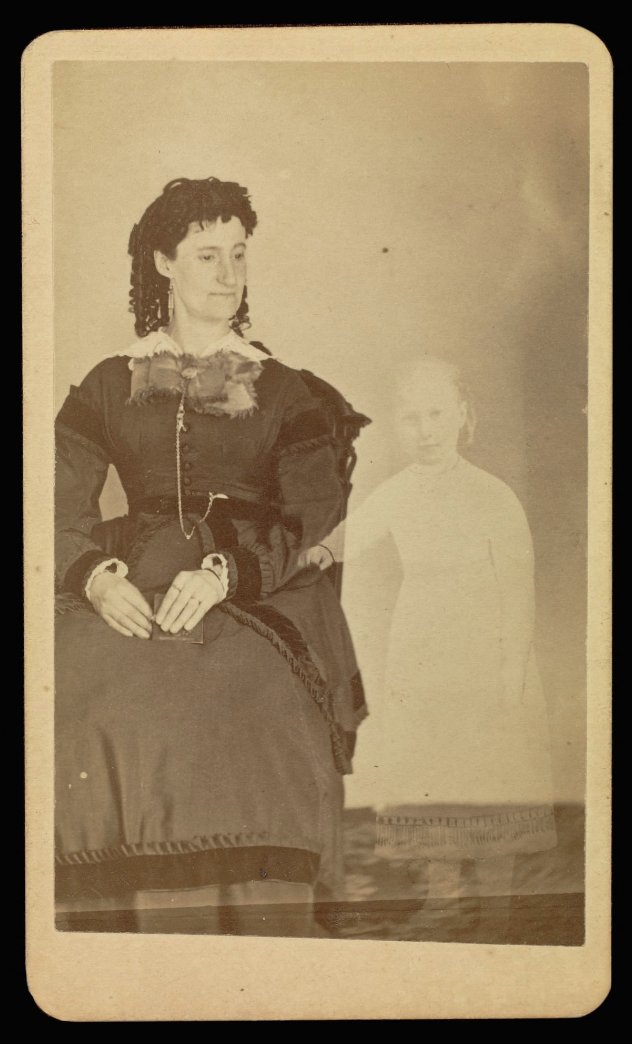 Once he was acquitted, he moved back to Boston and decided to focus on photo development. 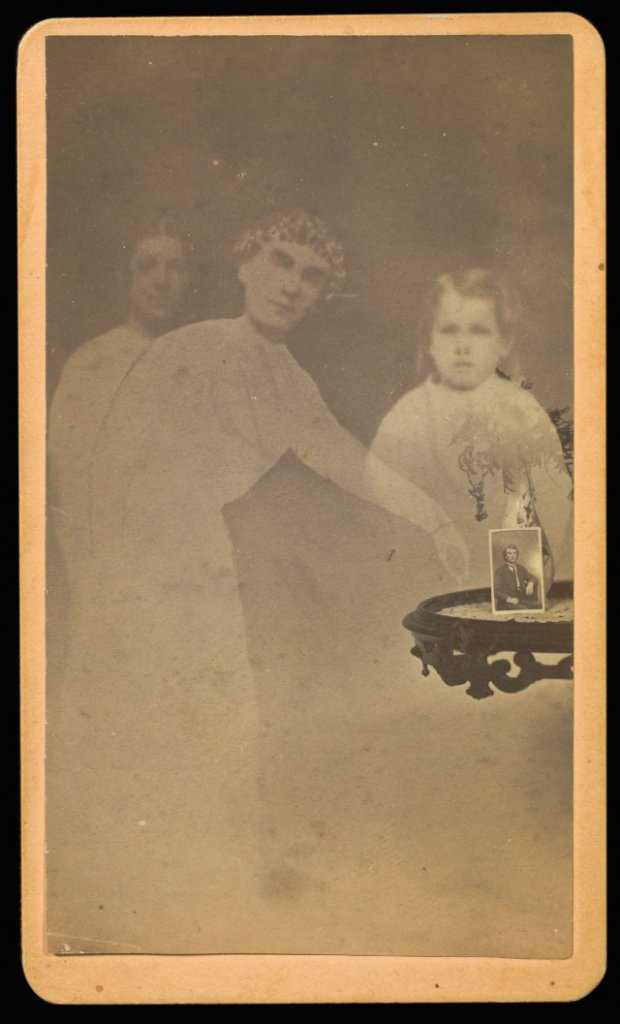 The "Mumler process," allowed photographs to be printed on newsprint for the first time and totally transformed journalism, while simultaneously inventing photojournalism.