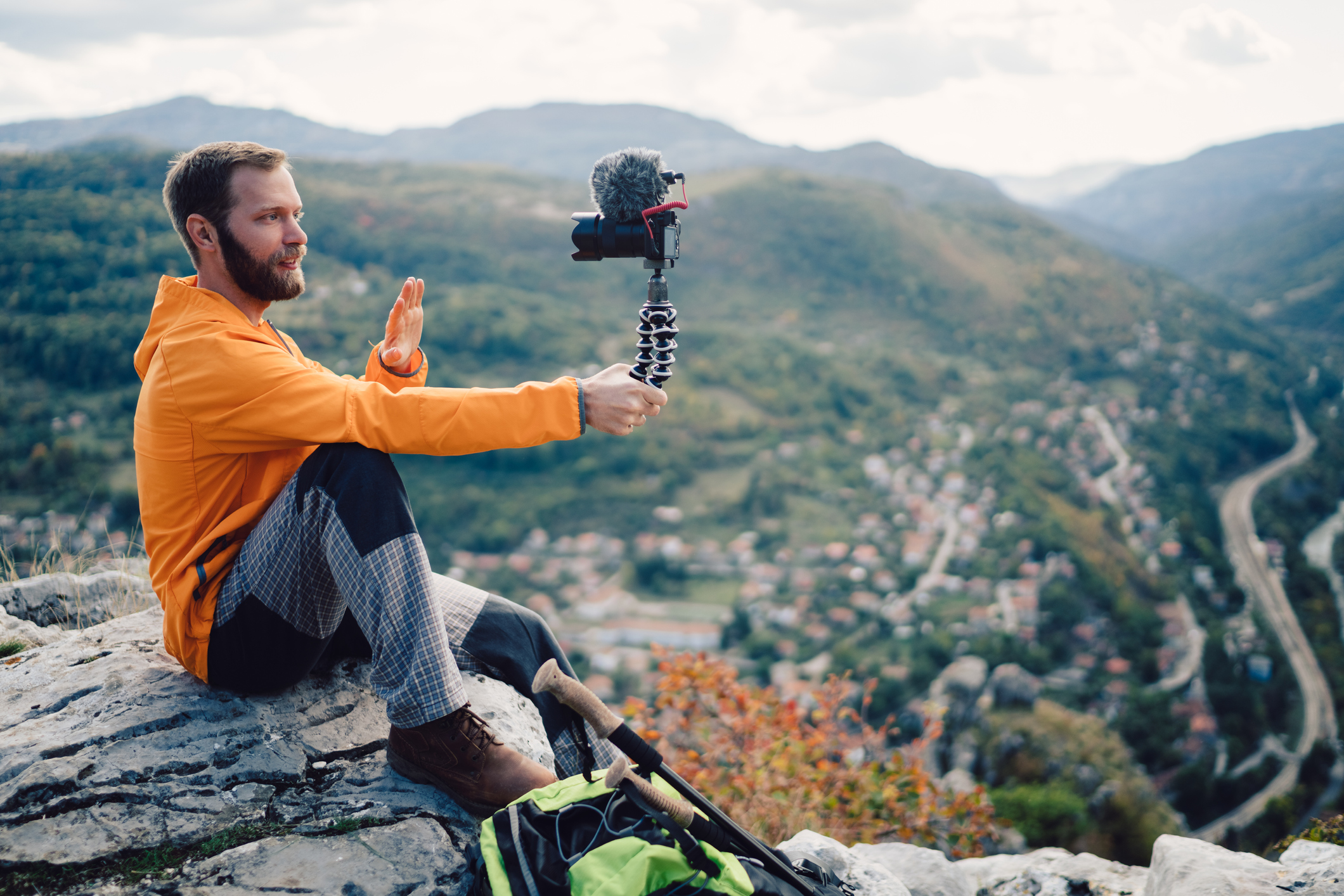 If you’re like me and you’re getting more and more into creating videos, and, in particular, vlogs, then this is the place to source recommended cameras for vlogging.

Getting a camera for this type of work requires that you hone in on some very specific features.

Let’s first look at the best camera features for vlogging and then dive into a few of the top cameras for vlogging.

Best Cameras for Vlogging: What to Look For 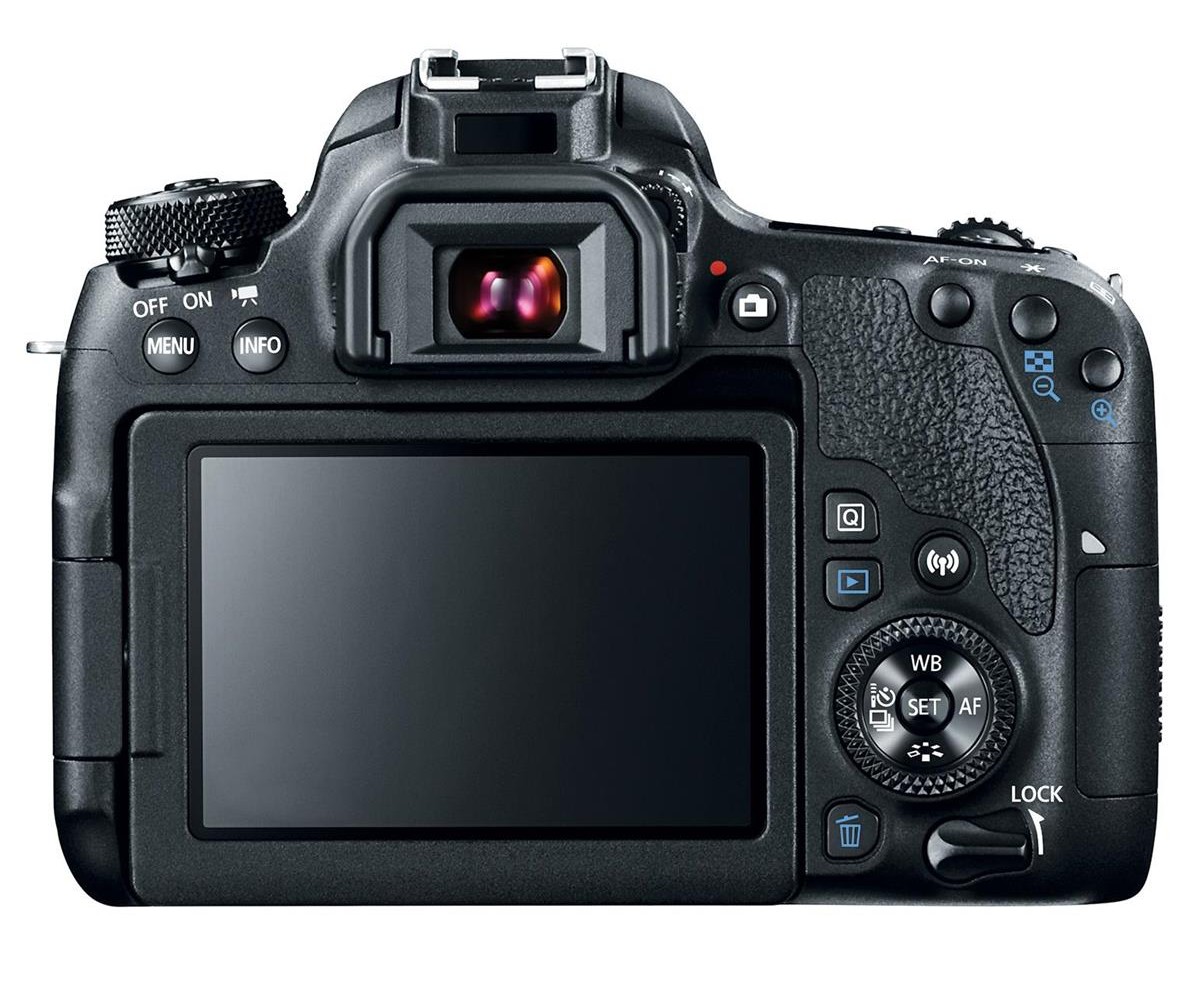 The Canon 77D has a large LCD screen that's articulating, so you can see yourself as you film.

Far and away, the most important of camera features for vlogging is the LCD.

Not only do you want a large, bright, and resolute LCD that allows you to get a clear, crisp view of what you’re doing, but having an articulating LCD is also of the utmost importance.

After all, if you can’t see yourself while you’re filming, you’ll have a much more difficult time creating good vlogging content. 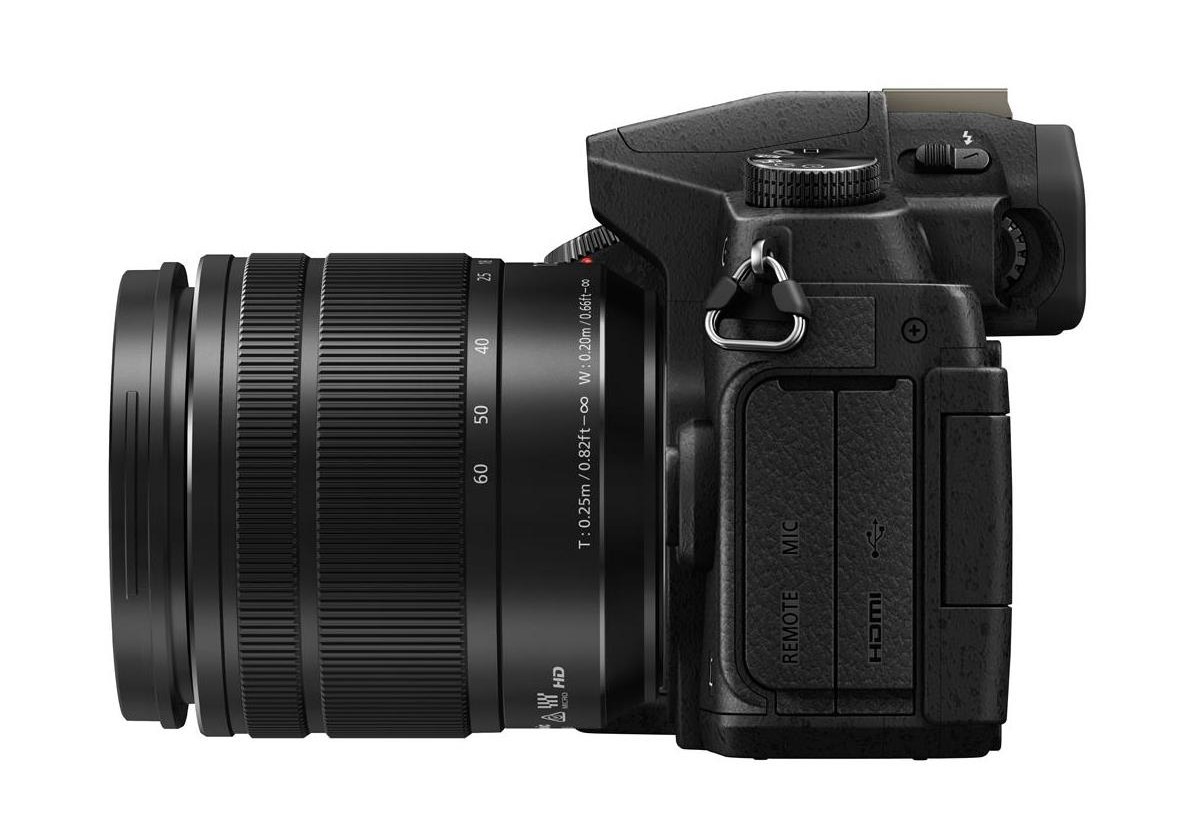 The Panasonic G85 has an all-important external microphone port for improved audio.

Second, the best vlogging cameras have an external microphone port.

DSLRs and mirrorless cameras are not known for having built-in mics that produce excellent audio, so having the ability to attach a better, external microphone is a must. 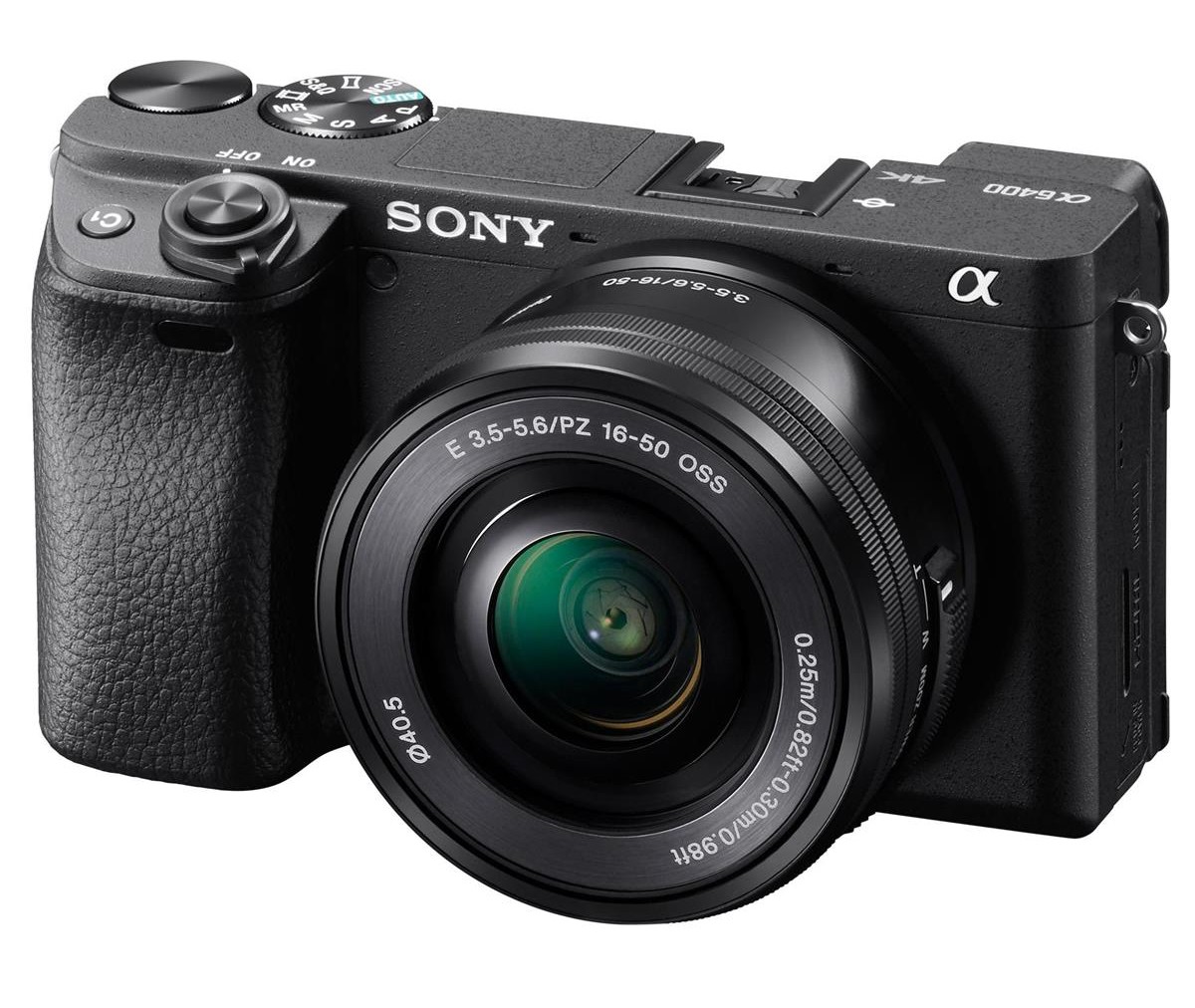 The Sony a6400 has an excellent autofocus system that can track moving subjects with ease.

Third, top vlogging cameras have good autofocus systems that can track your movements as you’re recording.

Not only is this an important feature from the standpoint of getting sharp video, but since you’re in front of the camera, you can’t adjust the autofocus when needed. The camera must be able to do this on its own! 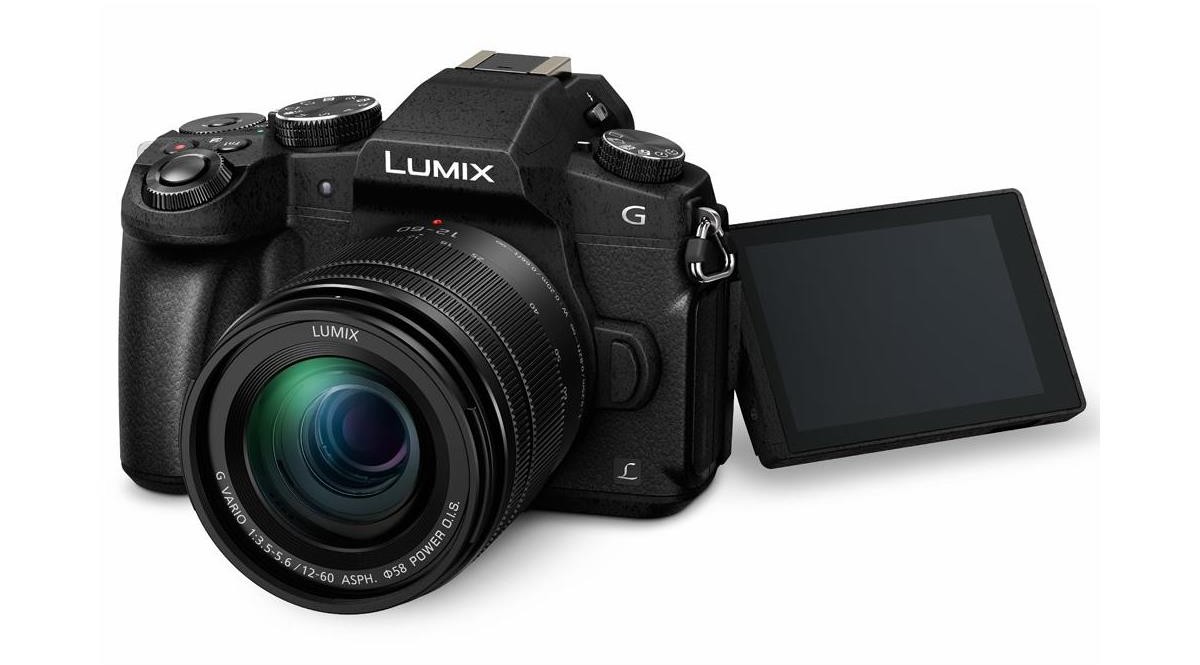 Lastly, though shooting your vlogs in 4K isn’t a requirement, it’s definitely a good choice. Viewers appreciate the highest-quality video, and 4K is only going to become more and more popular, so having a 4k vlogging camera is a good investment to make.

So, all that being said, what are the top cameras for vlogging? 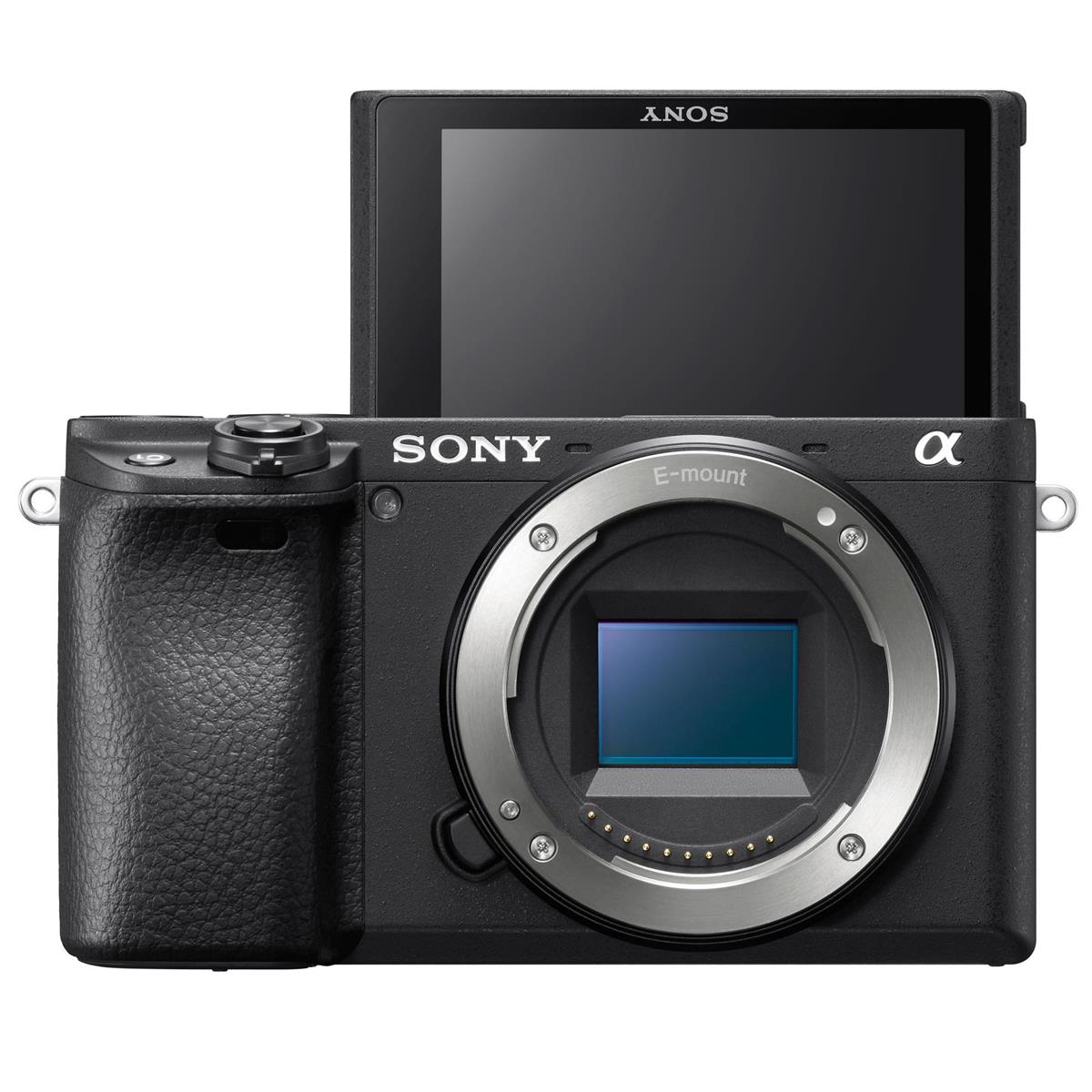 If you want a mirrorless camera for vlogging, it’s tough to beat the Sony a6400. 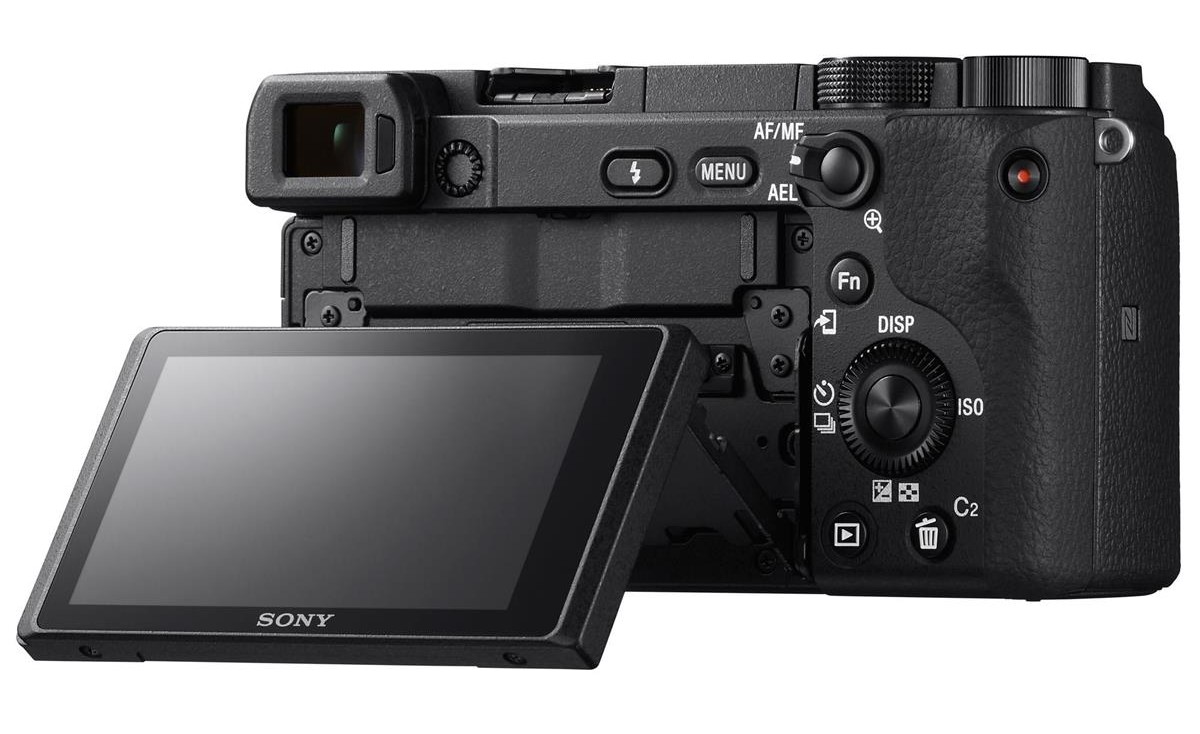 The 3-inch articulating LCD can be positioned to face the front - exactly what you want for vlogging - and it offers 921k dots of resolution, so it’s bright and resolute as well.

The only problem, though, is that if you have an external microphone mounted to the camera, it blocks the front-facing LCD.

That's why I use an external field monitor (the Andycine A6 Lite) mounted to my Ikan Stratus Cage. 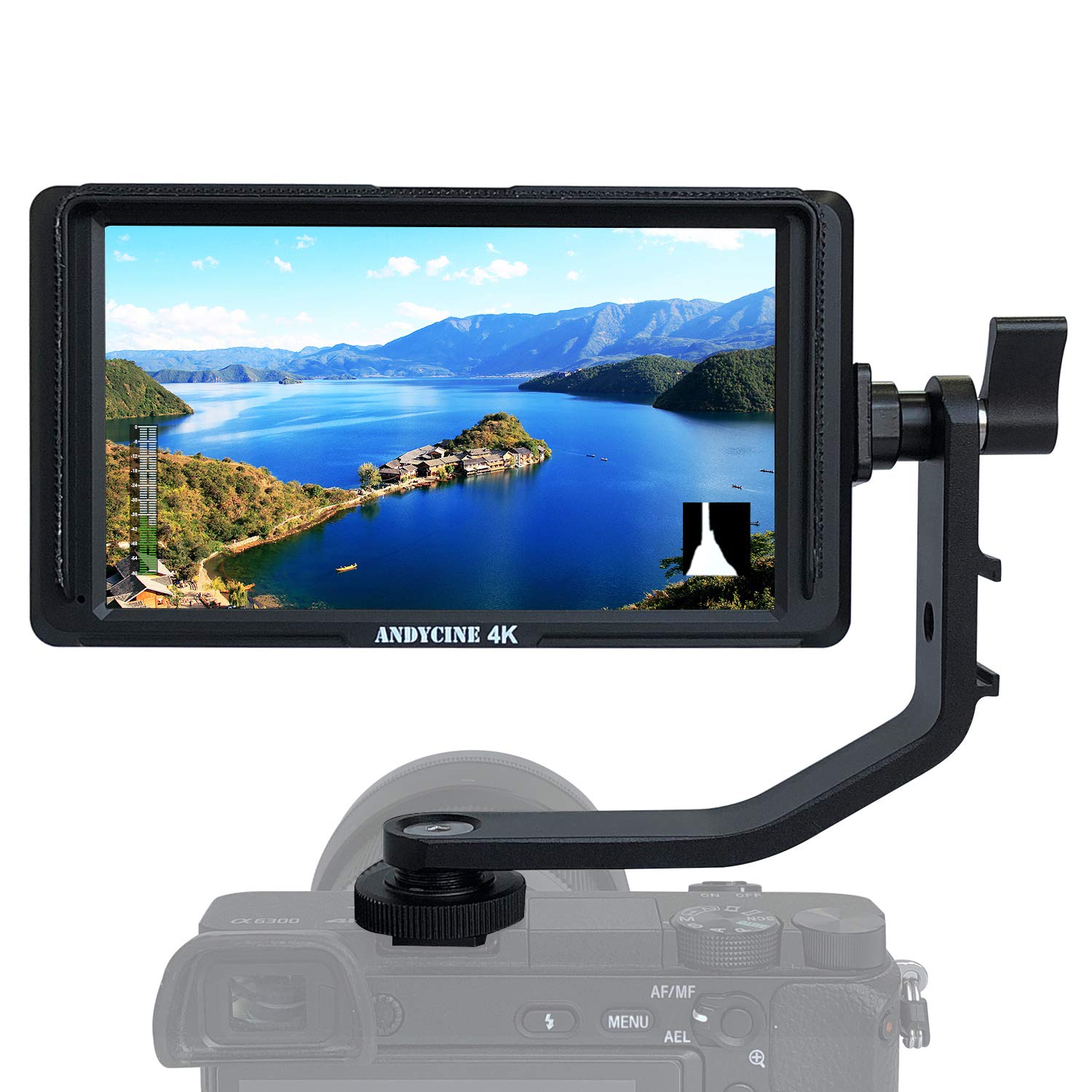 What I most appreciate about this field monitor is that it is incredibly bright and has a tilting arm that enables you to view it from multiple viewing angles.

And since it's about two inches larger than the a6400's screen, there's also a larger picture to view as I'm filming, which is incredibly helpful in ensuring that I'm getting the shots I want.

This thing also has a ton of features for making improved videos, including audio level controls, focus peaking, a histogram, zebra exposure, and both vertical and horizontal screen orientations. I highly recommend it! 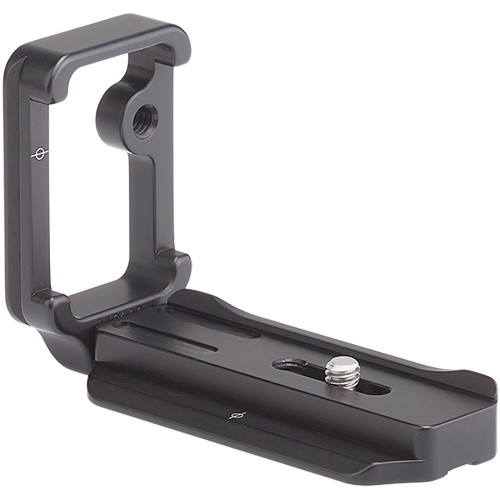 If you don't need all the accessory attachments a cage provides, you can alternatively use an L-bracket (I use the Really Right Stuff BA6300-L). With a quarter-inch mount on the side, this bracket enables you to mount your external mic out of the way of the a6400's flip-up LCD.

Getting back to the a6400, perhaps most impressive feature is the its autofocus system with Eye-AF performance. Even though this is an entry-level camera, it has an autofocus system that can outperform even high-end full frame cameras. See Eye-AF in action in the video below by AdoramaTV:

In other words, the Sony a6400 ticks all the boxes - it’s got a top-notch LCD, a microphone port, an excellent autofocus system, and it shoots 4K video. Learn more about this excellent camera in our Sony a6400 review.

Editor’s Tip: Though you can buy an a6400 with a 16-50mm f/3.5-5.6 OSS kit lens, you’ll get better quality video if you opt for a higher-end lens. Give the Sony 18-135mm f/3.5-5.6 a try instead. For shooting video, the 18-135 lens offers vastly superior optical quality, and the much greater reach of this zoom enables you to shoot wide-angle to telephoto footage. 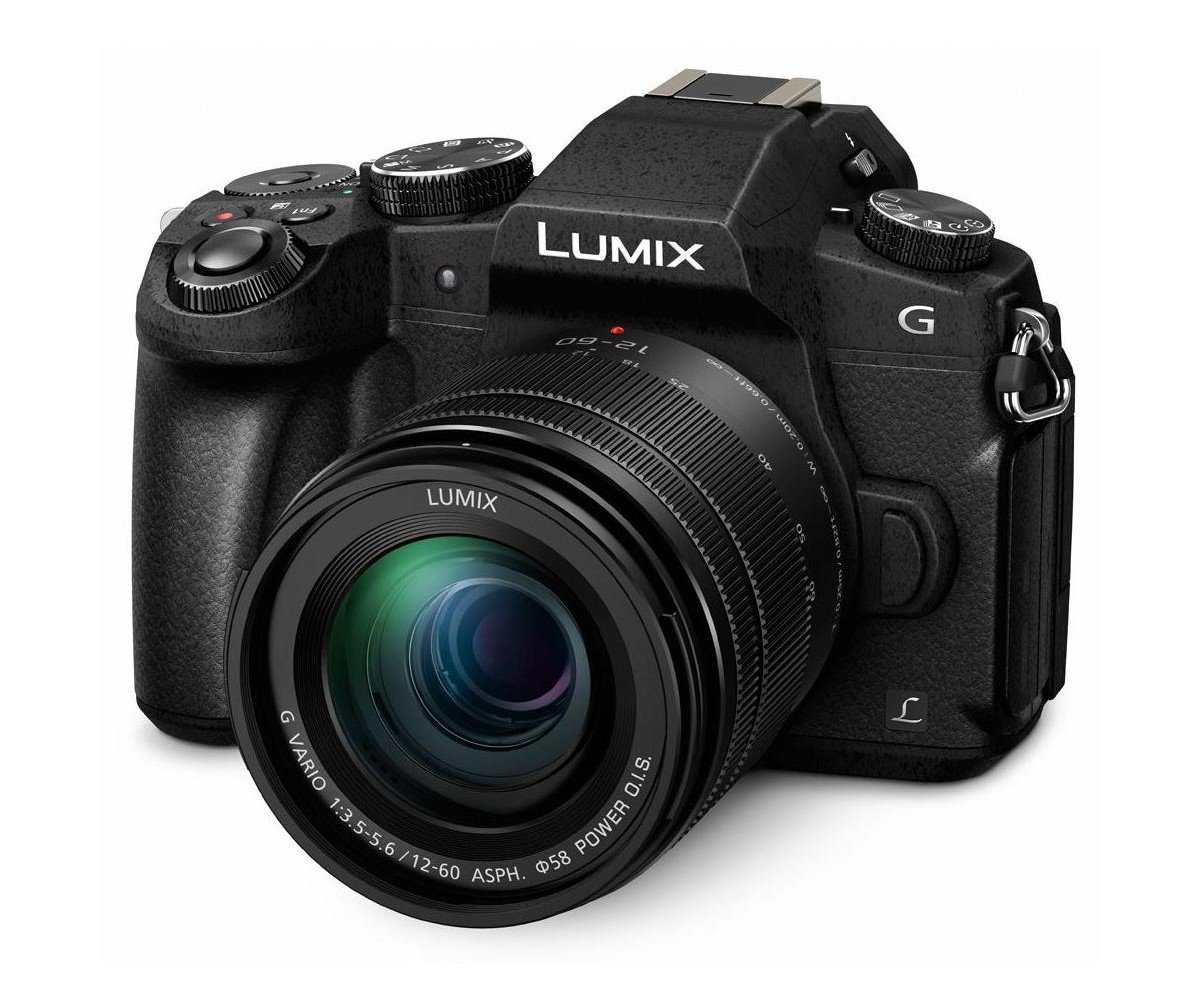 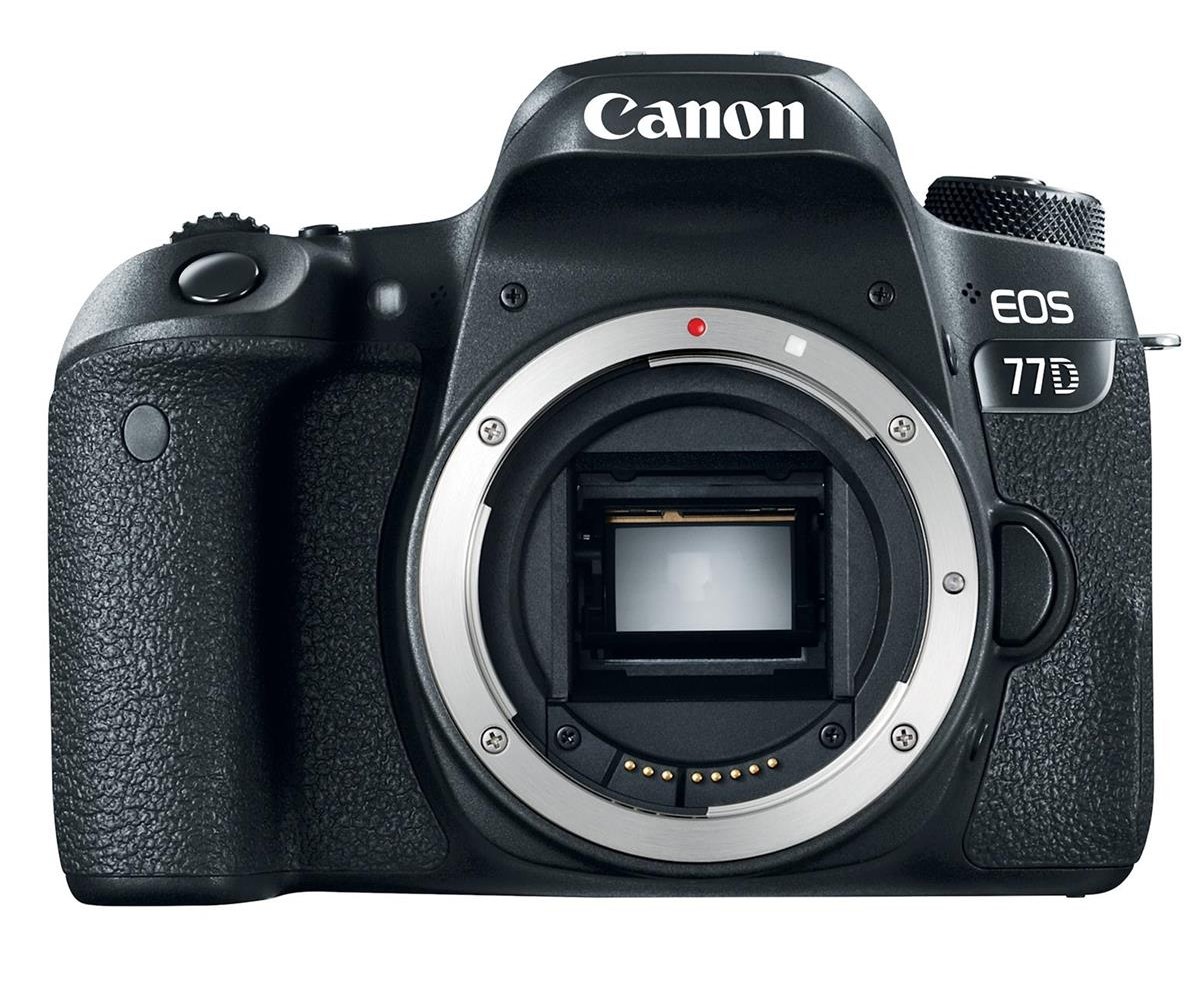 If you’d rather shoot video with a DSLR, a good alternative to the mirrorless cameras for vlogging noted above would be the Canon EOS 77D.

This camera has a 24.2-megapixel APS-C CMOS sensor that has digital five-axis image stabilization that will help you capture improved handheld video footage (and stills, too). 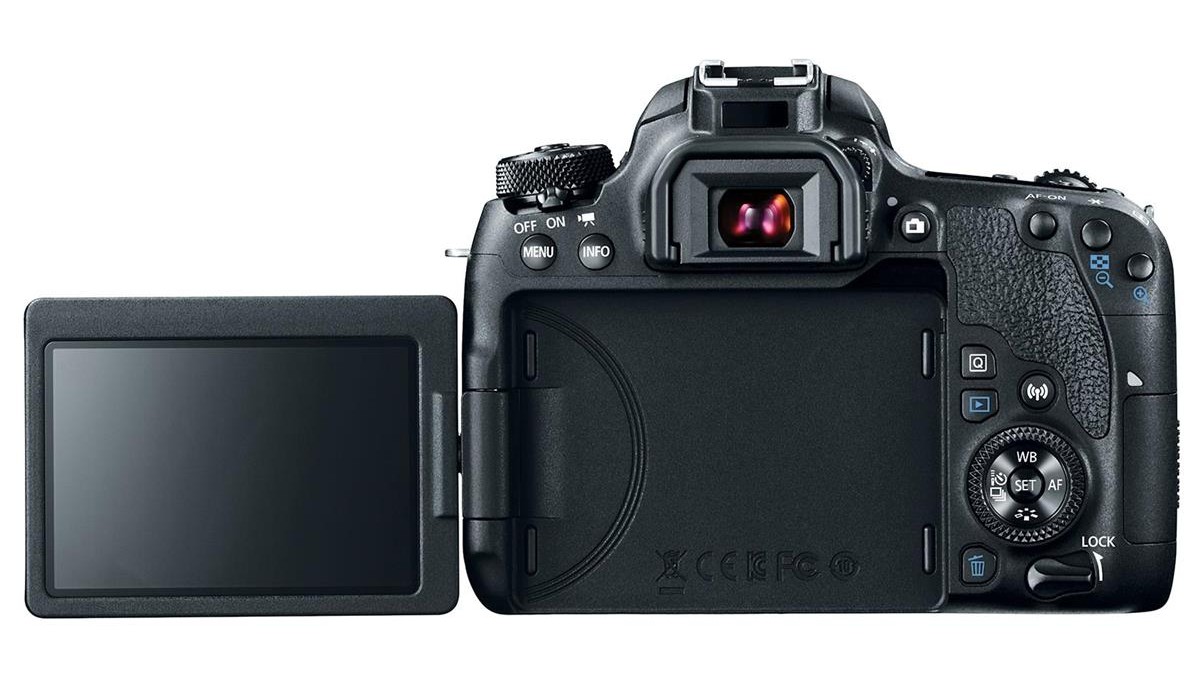 However, the presence of the aforementioned image stabilization along with a big 3-inch vari-angle touchscreen helps make up for it. Get a detailed review of this camera in the video below by Chris Winter:

Additionally, this camera has Dual Pixel autofocus, which gives you far better autofocus capabilities for video capture. This is especially the case when you’re filming moving subjects.

Again, though this camera lacks 4K video, it has a microphone port and its other must-have features are so good that it essentially makes up for it.

Editor’s Tip: When shopping for lenses for the EOS 77D, consider investing in a Canon EF lens rather than a Canon EF-S lens. Though EF-S lenses are designed for use with APS-C cameras like this, they aren’t compatible with Canon full frame cameras. Since EF lenses are compatible with APS-C and full frame cameras, you can future-proof your kit with lenses that will work with a full frame rig, should you upgrade to one in the future. 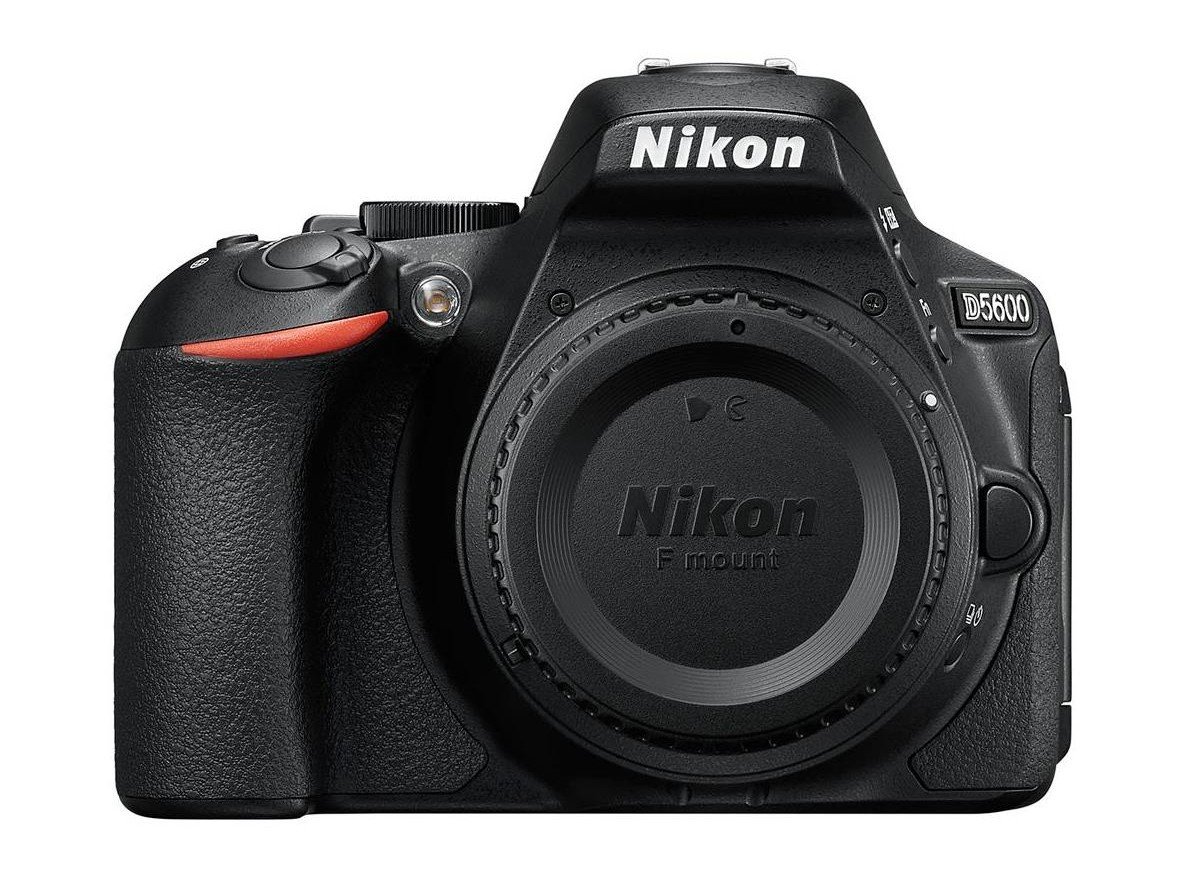 Though there are plenty of other choices for the top cameras for vlogging, these four options are at the top of the heap if you’re looking for a camera that’s capable for stills and video, while also having a small price tag.

Editor's Tip: A must-have for any vlogger is a gimbal of some sort. We'll have more details on gimbals in an upcoming article, but I wanted to highlight the gimbal I use - the Feiyu AK2000 - because it has tons of features that make it incredibly useful for shooting video. The smart touch panel is handy for making quick camera adjustments, and it has stronger, updated motors that improve its performance. It also has 12 hours of battery life for those marathon shooting sessions! 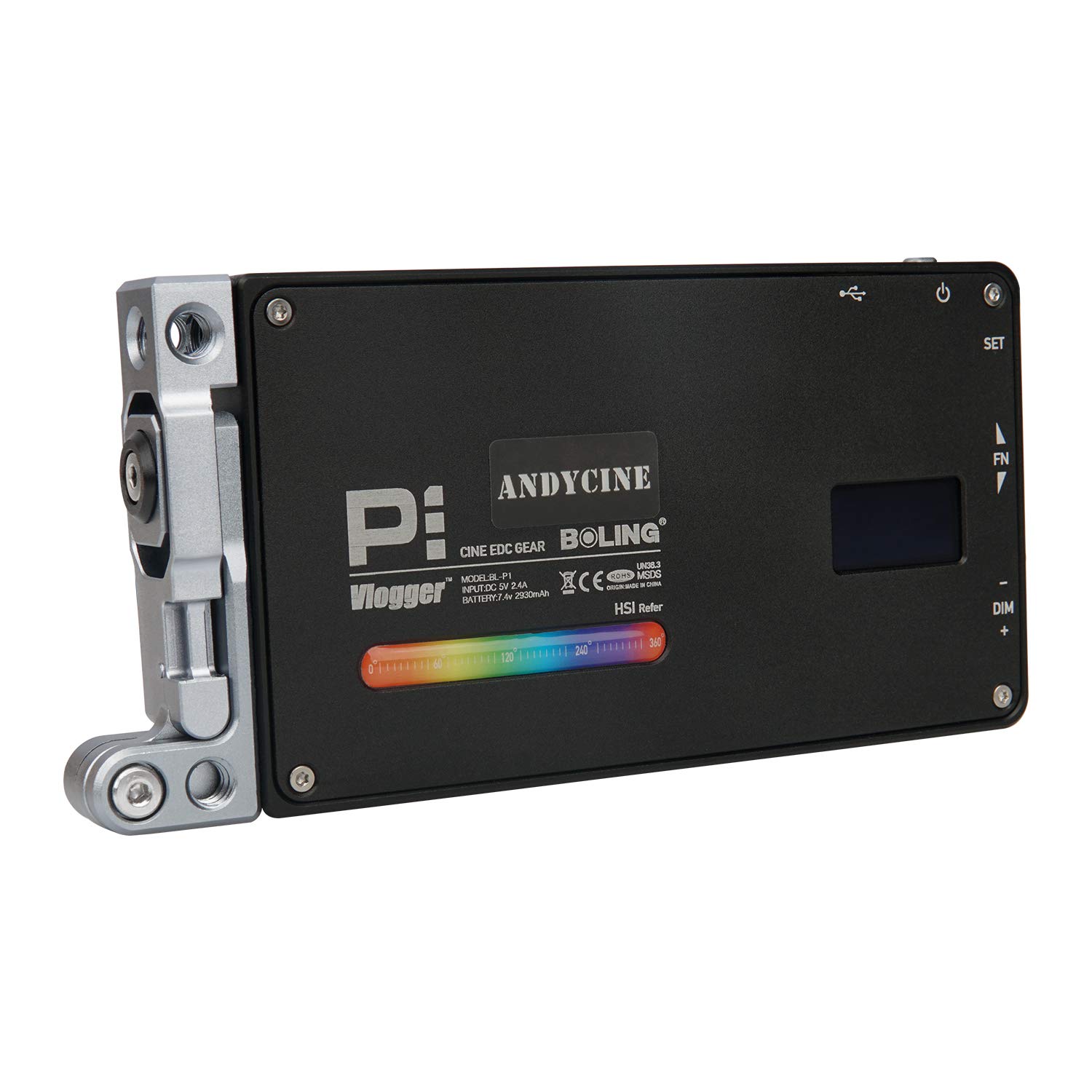 Since we're talking about vlogging, it's important to note the need for a high-quality light.

Not only do you want something that puts out great light, but you want it to be small and portable too. 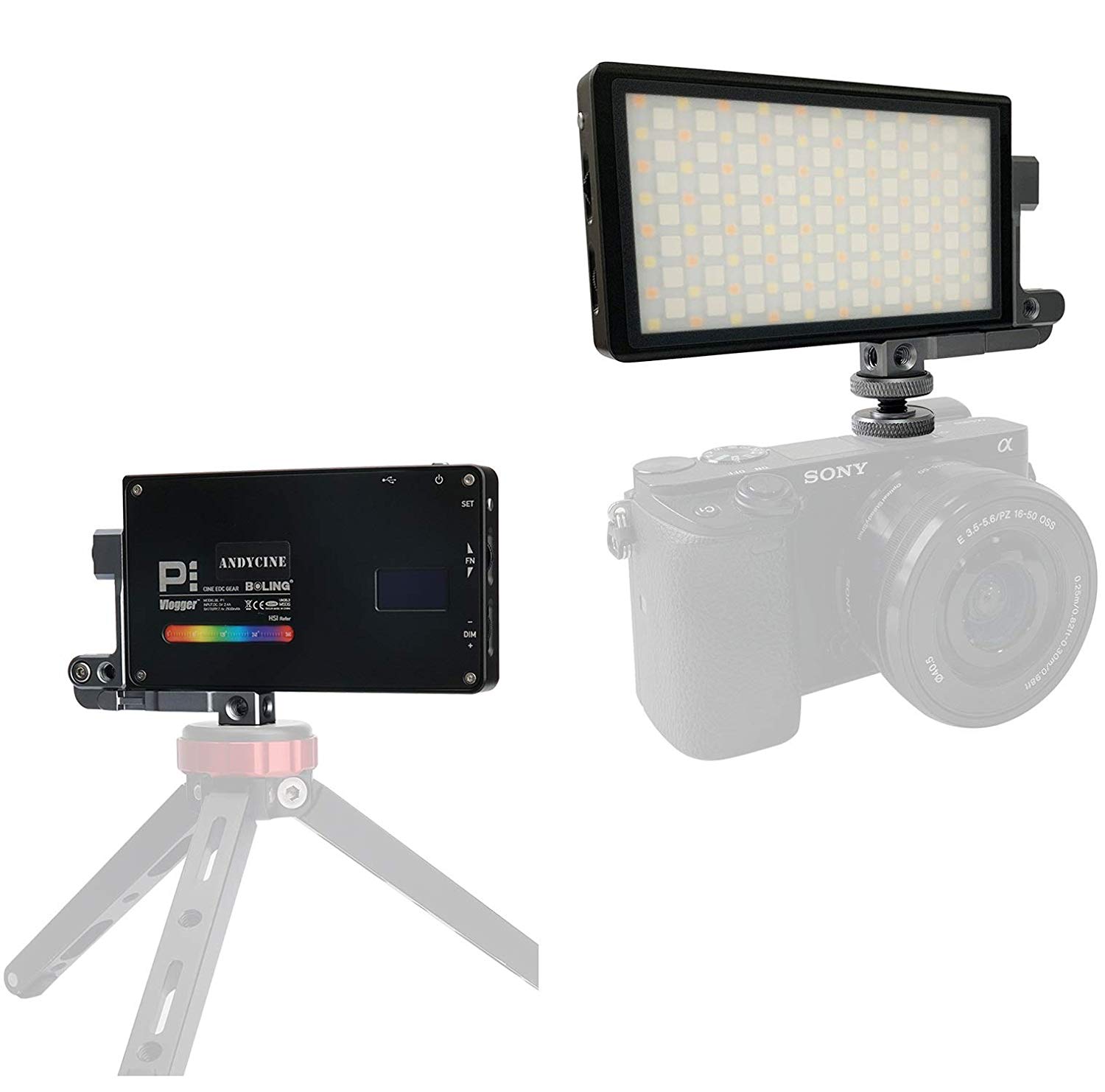 This light has a flexible design with a 360-degree arm support and an adjustable bracket arm so you can get the light shining just where you wish.

It can be mounted on a hot-shoe stand or a tripod and has a full color LCD display.

You can adjust the light from 2500k-8500k for precise customization of its light output. There's even nine built-in lighting presets to make using this light that much more efficient.

With fast charging via USB cable, this is the ideal light for vlogging applications!