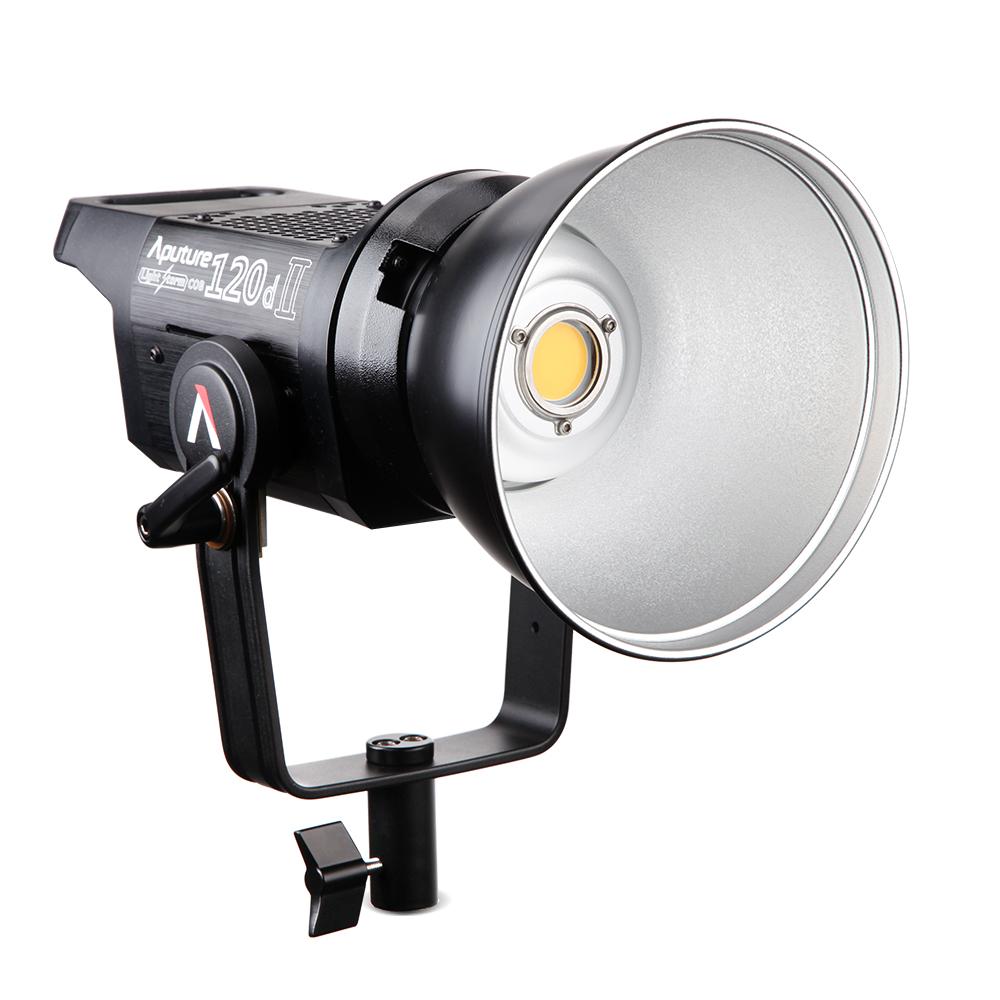 It's been a month now that I've been using the Aputure 120d II, and all I can say is WOW.

It's no secret that this thing is a killer light. I've found over the last month that it's even better than I thought it could be.

Check my initial Aputure 120d II review below to see the specs, features, and benefits and of this light.

I included the release video of this thing above because, well, it's extremely well done. I mean, how can you not be excited to use this light after seeing this?!

Anyway, here's a rundown of this bad boy's essential specs: 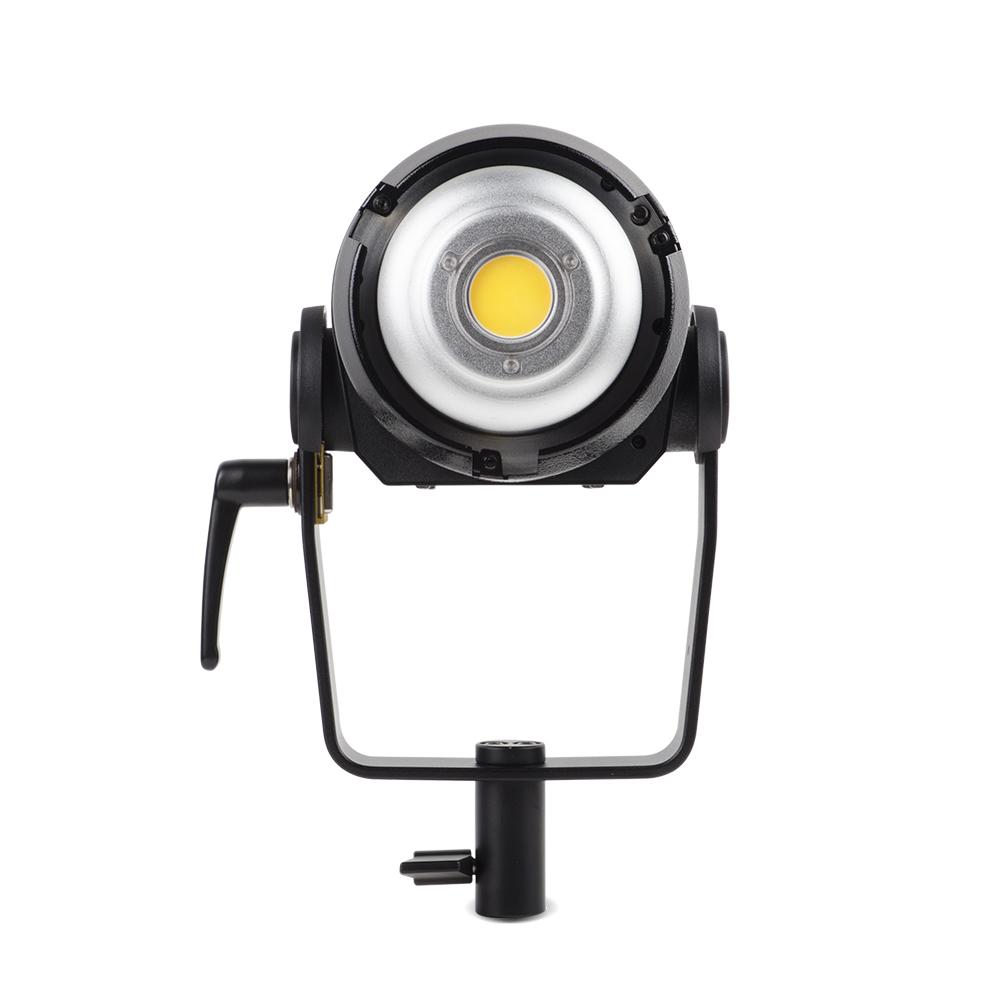 Additionally, it's important to note that the 120d II is 25 percent brighter than its predecessor. That's a huge difference.

The 120d II is also balanced at 5500K, whereas the earlier version was at 6000K. That might not seem like a big deal, but the slightly warmer temperature of 5500K is more vibrant and brighter.

Something else I appreciate about the 120d II is how quiet it is.

I know that might sound like an unimportant feature, but nothing drives me crazier than loud fans - they sound like nails on a chalkboard. This light passes the quiet test for sure! 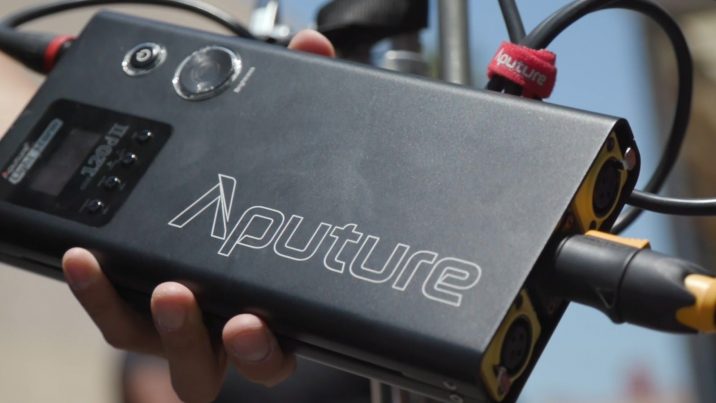 As for other notable improvements, the 120d II has a combined control-power unit, which means only one unit to mount in addition to less messing about with accessories. The unit is available in a V-mount or Anton Bauer Gold Mount configuration.

Furthermore, Neutrik locking connectors are used, so the connection between the cord and power source is ultimately secure when running the 120d II on AC power. 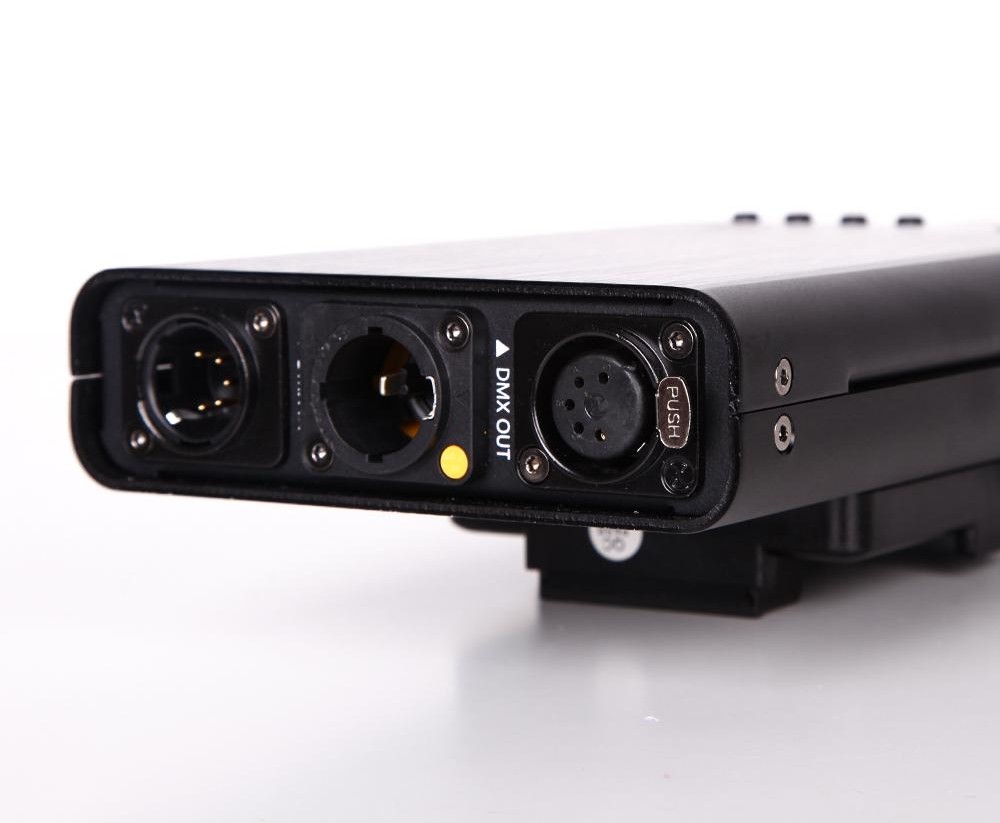 Likewise, the new 120d now comes with DMX control, which allows you to trigger lighting effects in addition to changing the brightness.

I think it's also important to note that this light is hugely portable.

Not only is there a built-in handle, but it also comes with a carrying case for easy transport.

When you're like me and you have a zillion pieces of gear you need for video work, the easier the stuff is to carry, the better.

Again, this might not seem like a big deal, but small things like this are a testament to how thoughtful Aputure was when they designed this light.

I've already alluded to several pros this rig offers, including the added brightness, warmer color balance, and ease of transport.

I'd be remiss if I didn't mention the sheer quality of light this thing produces. It is absolutely stellar.

That's because the mad scientists at Aputure put this thing through its bases to get the color quality spot-on.

Using CRI ratings and the Television Lighting Consistency Index (TLCI), this thing scores over 96 and 97 respectively. That means super-high-quality color. 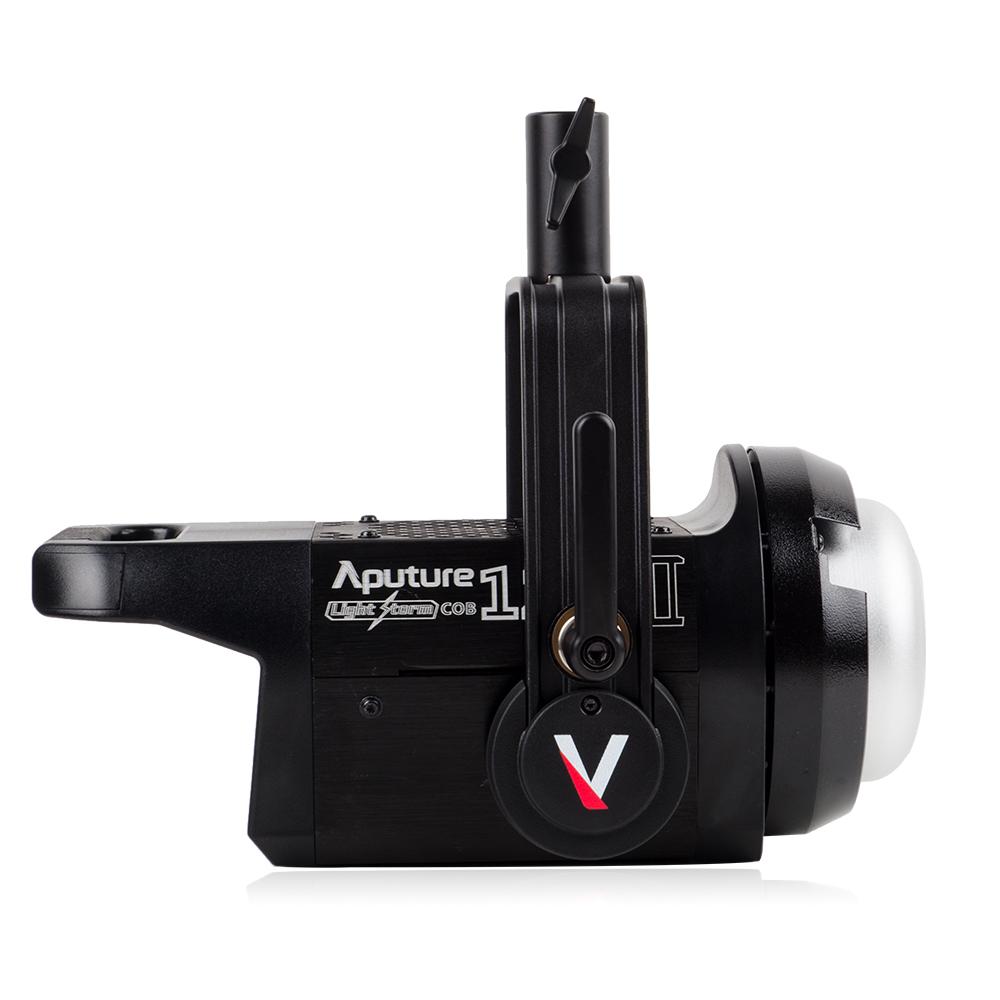 The 120d II also has a redesigned yoke.

This is beneficial for a couple of reasons...

First, it now a 330-degree range of motion, so you're freer to position the light as you see fit.

Secondly, this new yoke has a secure handbrake lock. Once it's locked down, you can rest easy the light won't move. 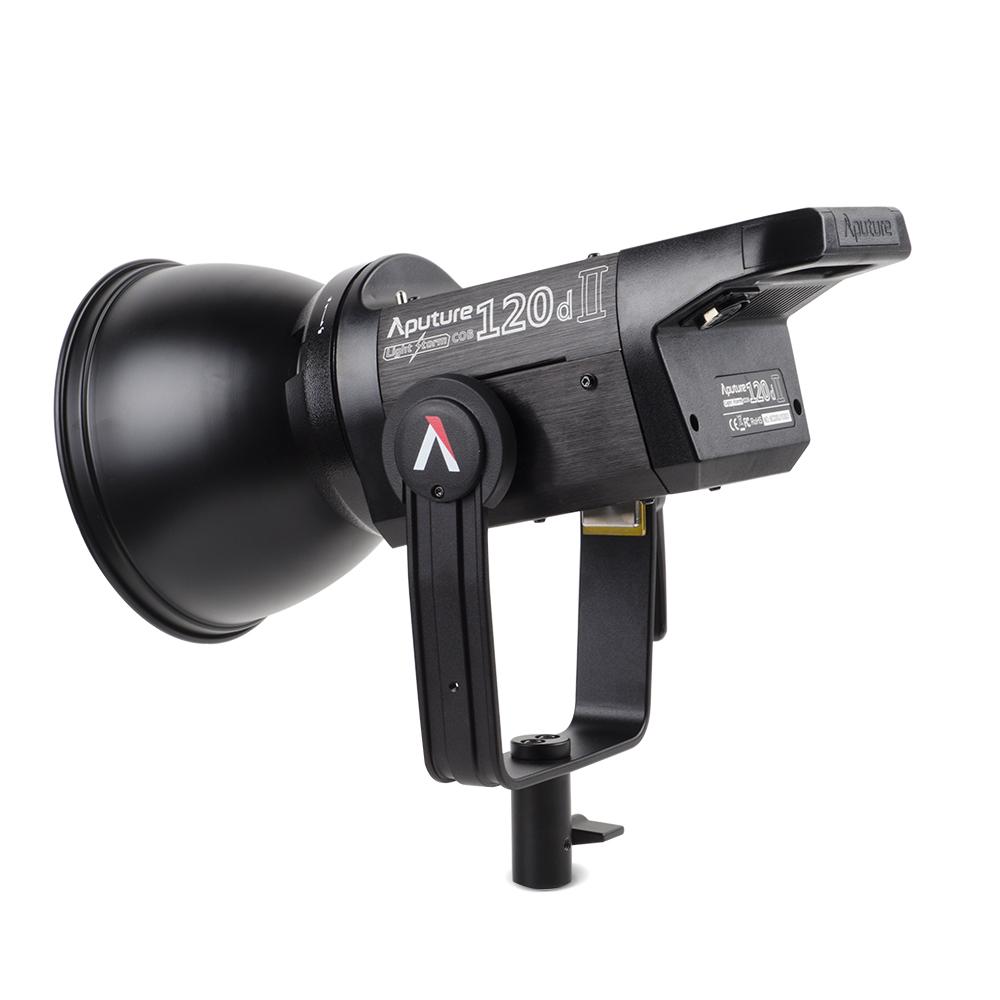 Lastly, as noted earlier this unit has DMX capability, which gives you tons of flexibility and range of use for this light.

Not only is it programmed with various lighting effects, but even better, you can add your own for a bespoke lighting effect. The effects you can create are truly only limited by your imagination.

All these improvements, and this unit still weighs less than five pounds. That might sound like a lot, but compared to other lights in this category, this thing is featherlight!

Regarding cons, I honestly haven't been able to find anything major that turns me off.

In fact, I can't think of a single thing that I'd change at this point.

That might be due to the fact that I've only had it for a month. Or it could be because this is such an incredible light!

Either way, I'll be diving deeper with this light in the coming months, so stay tuned for a complete review in due time.

Until then, I can't say enough good stuff about the Aputure 120d II. If you need a high-quality light, you won't find one better.