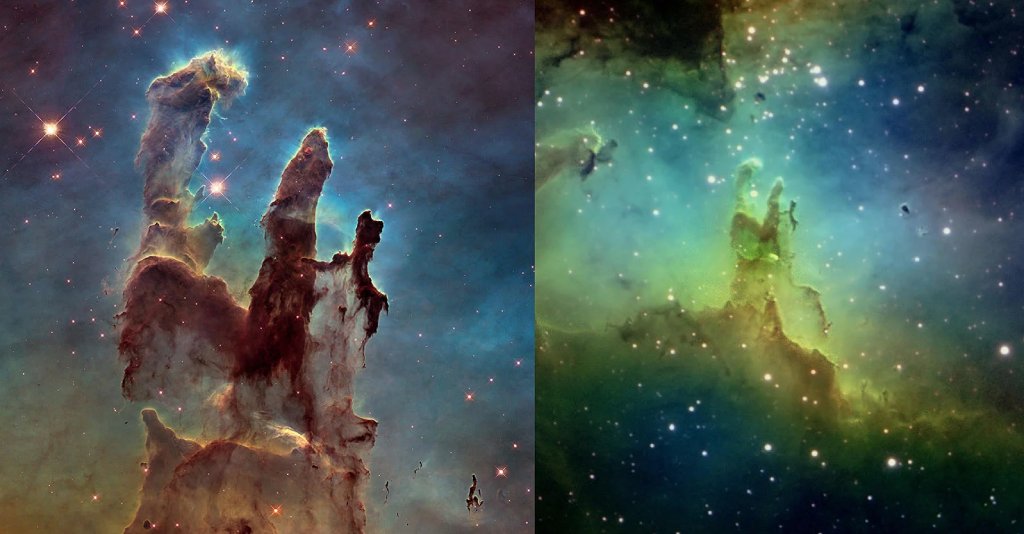 Photos by NASA and Andrew McCarthy

The Pillars of Creation is a candid shot of the Eagle Nebula that NASA's Hubble Space Telescope took way back in 1995.

It was a huge scientific victory back in its day, but it appears that a backyard photographer is coming for the Hubble Space Telescope's job.

Andrew McCarthy, who most famously took a photo of the entire solar system from his backyard, just unveiled his newest work-a recreation of the Pillars of Creation.

NASA's Version of the Photo 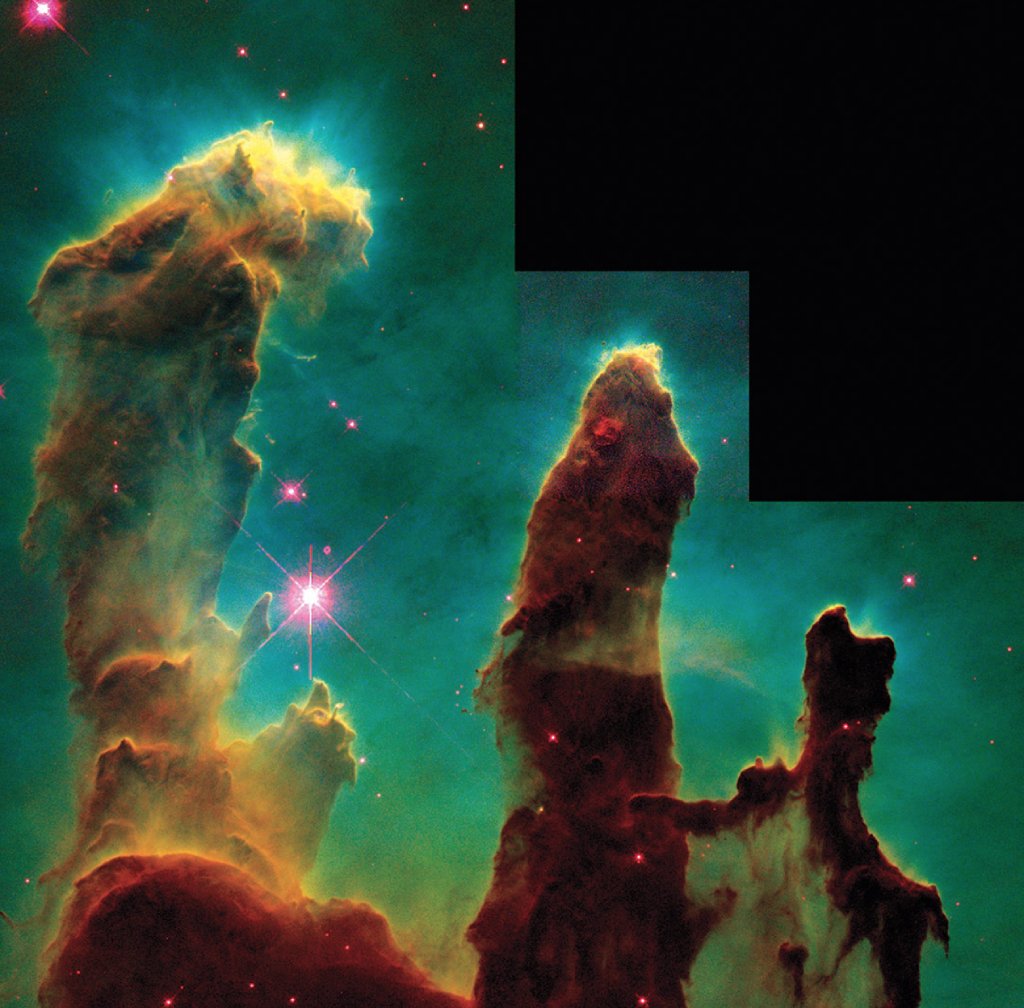 NASA's original version of the photo, taken in 1995, looks straight out of a Star Wars movie.

The colors seem preternatural... too green, too yellow, too fake. 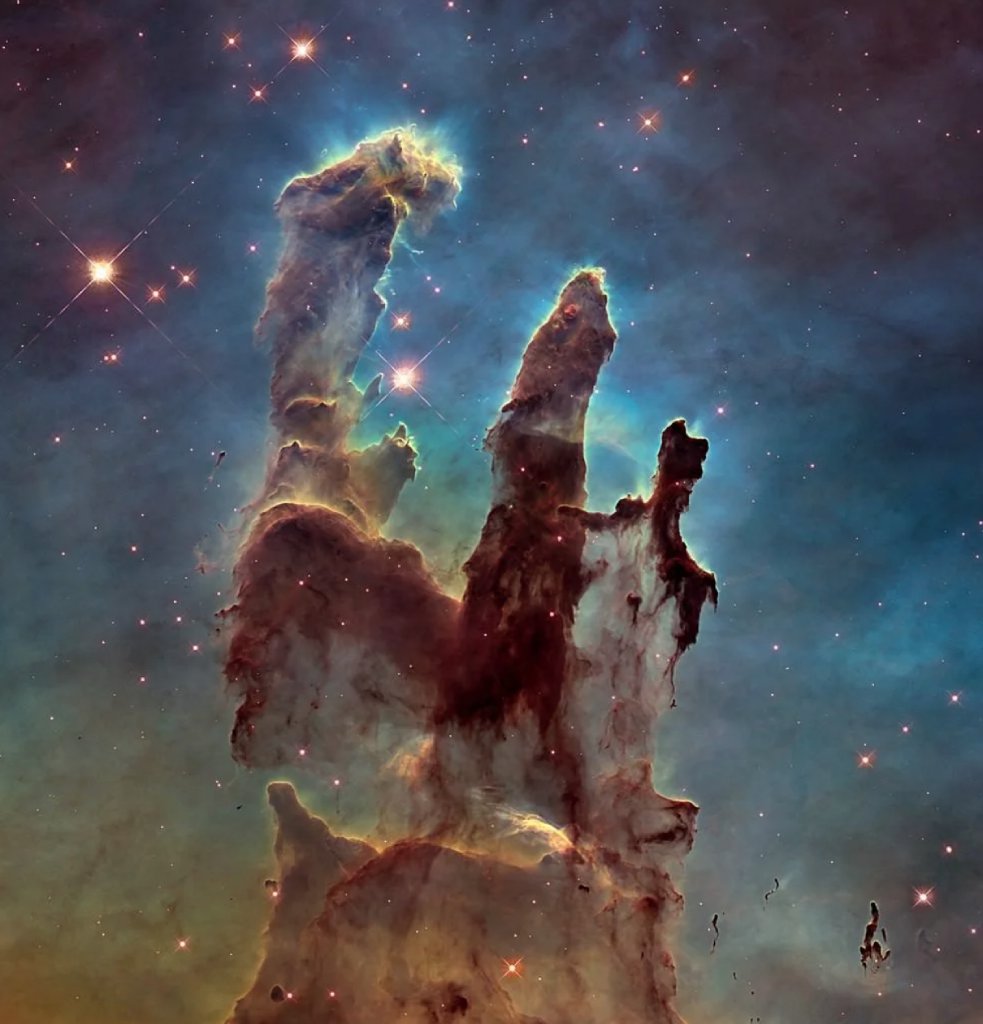 It's safe to say that the Hubble Space Telescope's cameras have come a long way in the past few decades. This photo, shown above, was taken by NASA scientists in 2014 to celebrate the 25th anniversary of the telescope.

Andrew McCarthy's Version of the Photo 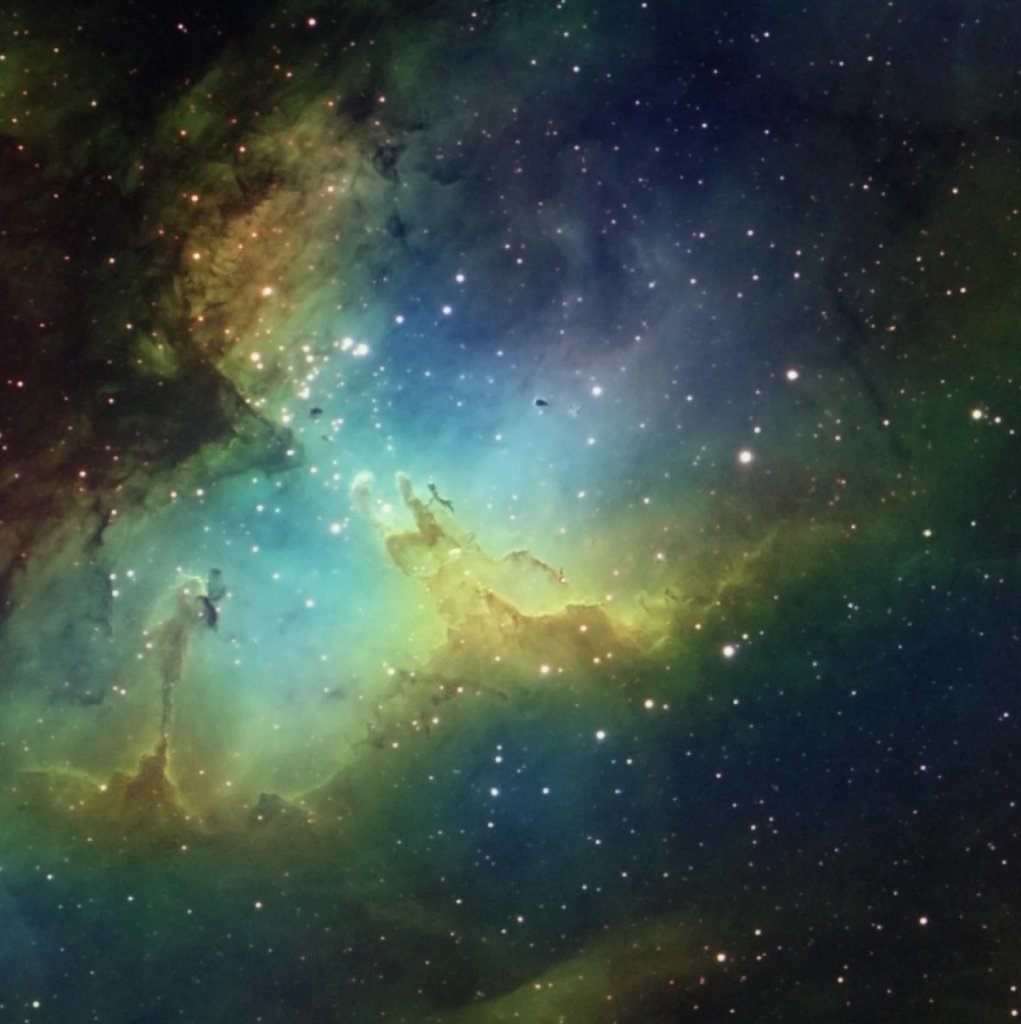 While it's clear to see that McCarthy's vantage point wasn't quite as good, the resulting product is incredible. It seems the amateur photography community may be giving NASA a run for its money in only a few years time.

How To Be a Backyard Astronomy Photographer

The Trifid nebula- shot from Mono Lake, CA. This nebula is unique in that it combines characteristics of emission nebulae, reflection nebulae, dark nebulae, and star clusters. This is the first of what I hope will be several images I'll be able to share this week as I process the shots I took Saturday evening. I also added a link in my bio to a limited edition signed & numbered print that will be available for 24 hours after I post the image. All sales go into a fund that I use to upgrade my gear, so your support helps me bring you better images! . . . . . #astrophotography #trifidnebula #space #monolake #sacramento #sacramentophotographer #astronomy #sonyalpha

So, while not every backyard photographer can shell out nearly $5,000, it is sure easier than the $10 billion NASA has spent on the space telescope so far.

Like nearly all of his photos, McCarthy used DeepSkyStacker to stack his photos before putting them into PhotoShop to adjust colors and to sharpen the photo.

"It is false color since the real color of the nebula is red," McCarthy said in an interview with PetaPixel. "I shot this image in narrowband to get past the Sacramento light pollution."