How to Photograph the Moon? 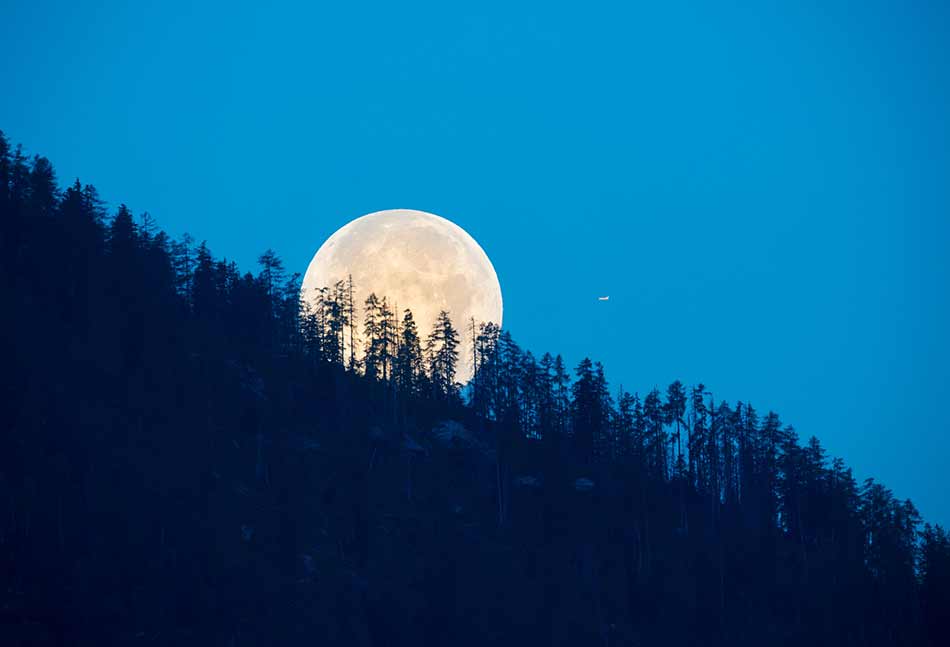 In the vast majority of moon photos taken by amateurs, the moon looks like it’s that far away!

There’s plenty of obstacles to creating a beautiful image of the moon - you need an understanding of the moon’s phases and the right gear, like a telephoto lens, to get up close.

You also need to have an understanding of compositional choices that will make your photo shine. Getting the exposure just right is another challenge too.

And though that might seem like a lot to keep in mind, with a few tips, you can master these topics and create images of the moon like the one above.

I've put together a quick video tutorial on photographing the moon. Give it a watch above!

For more details, check out the article below.

How to Photograph the Moon: Get Familiar With the Moon’s Behavior

The first step in moon photography is to develop an understanding of the behavior of the moon. Naturally, this means understanding the moon’s phases so you know when the moon will be out from the earth’s shadow.

Because the earth has a counter-clockwise rotation, it’s shadow travels across the moon from right to left. That means that the best time to get photos of the moon is during its waxing stage, when the earth’s shadow is moving ever farther to the left, revealing more of the moon’s pockmarked surface.

To get a detailed understanding of the phases of the moon, watch the video below with Phil from CrashCourse:

There are plenty of apps that help you track the moon’s behavior as well. MOON - Current Moon Phase (shown below) is available on iTunes and gets very high marks from users. The app works offline, so you can be out in the wilderness without service and still know what the moon is doing and will do in the future. 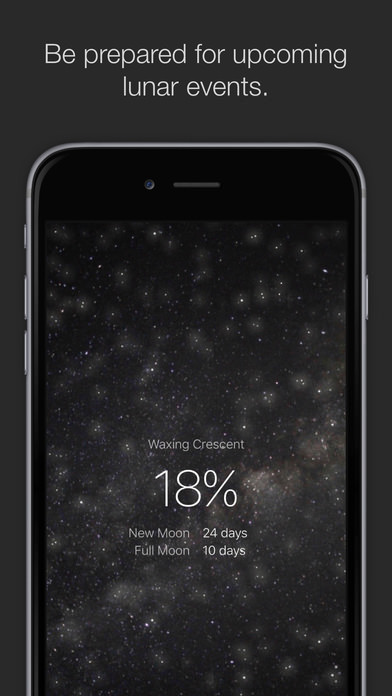 This app also tells you the lunar illumination so you’re sure to capitalize on nights when it’s brightest. What’s more, the app also sends out notifications before new moons, full moons, and other lunar events, that way you can plan ahead. You can even view what the moon will look like on any day of the year by entering your desired date!

Other apps and websites you should check out are Photopills (which, among many other things, tells you the rise and set times of the moon) and Dark Site Finder, which helps you locate areas where you can photograph the moon without light pollution getting in the way.

How to Photograph the Moon: Get the Appropriate Gear

Like any other photo, getting a pleasing image of the moon requires that you have the necessary gear. Here’s a quick list of essentials you’ll need to get the best photos: 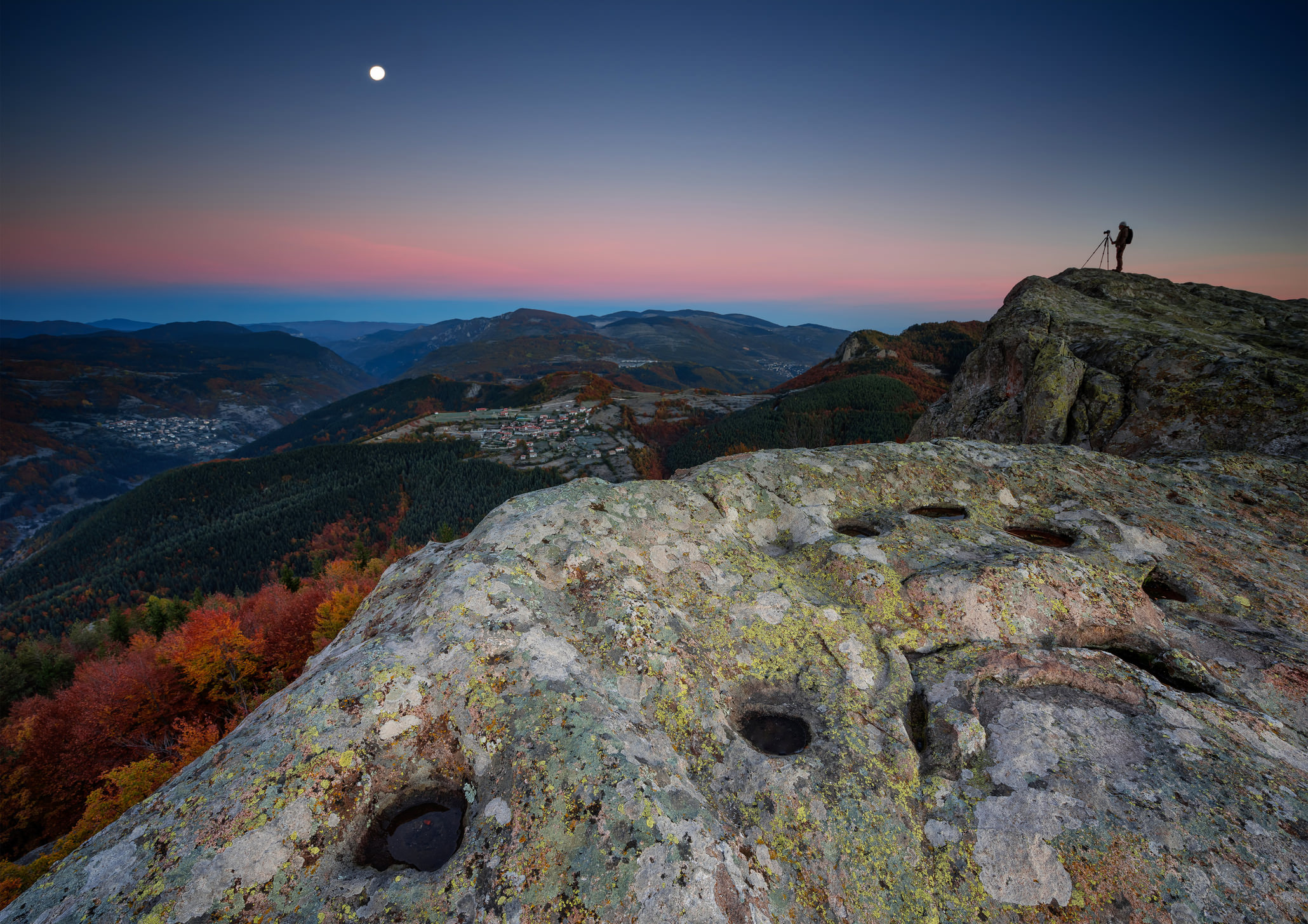 You can take photos of the moon with any camera, even your smartphone. The caveat is that for improved photos of the moon you’ll need a camera with certain features. A DSLR or mirrorless camera is typically the most advantageous because they have manual exposure controls.

What’s more, it’s best to have a camera with RAW shooting capabilities, simply because RAW files retain all the data collected by the sensor. That means that in post-processing you have more information to work with, which aids your ability to create the best-looking shot. 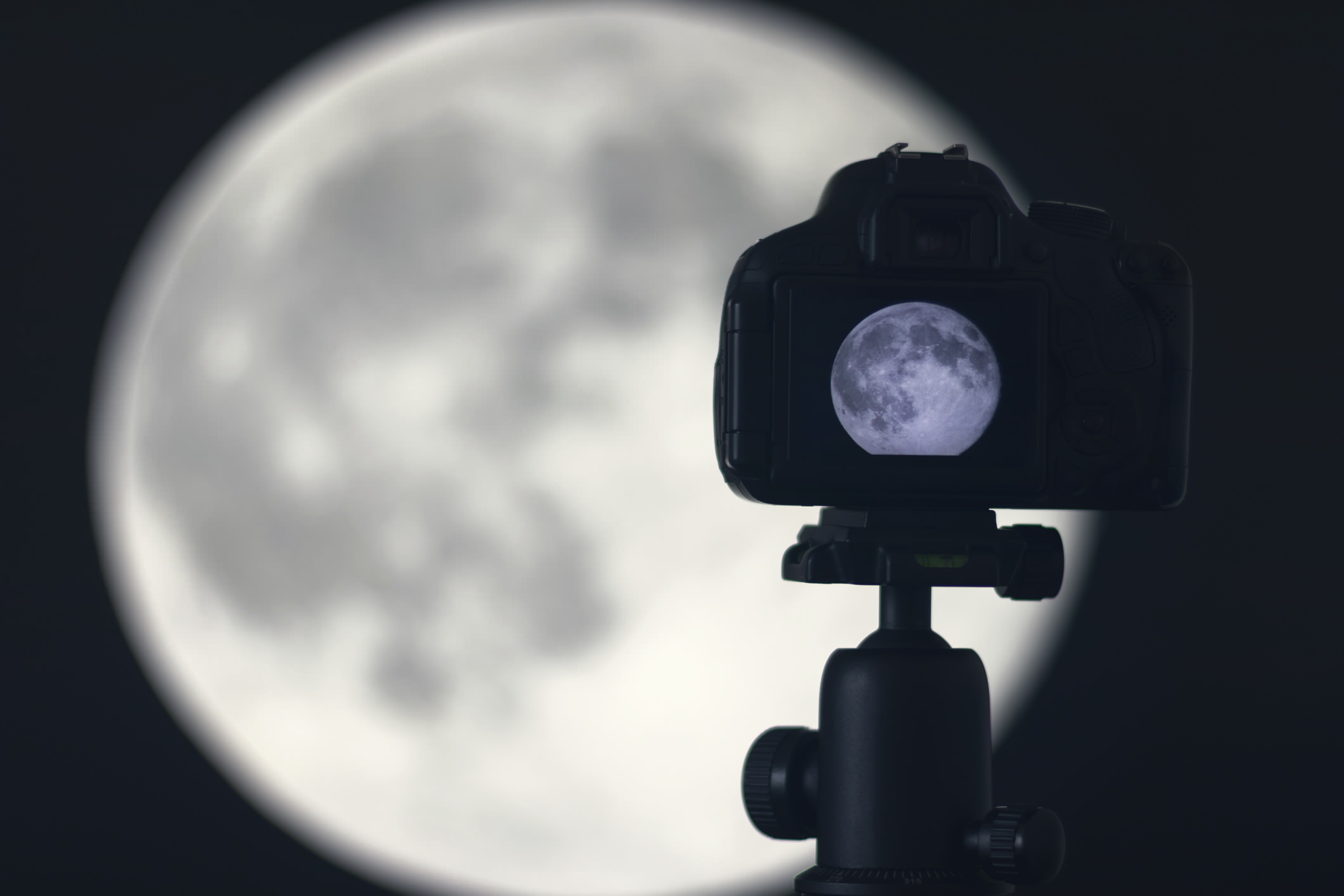 If you’ve ever taken a photo of the moon with your smartphone or a point-and-shoot or even a DSLR with a wide-angle lens, you know the disappointment of the moon appearing to be a small, white blob in the sky.

That’s a result of a focal length that’s too short - a wide-angle lens, for example, doesn’t get you close enough to the moon to make it appear of any significant size, nor does it allow you to capture the detail of its surface. Since wide-angle lenses make distant objects seem smaller, the moon thereby looks quite small.

This isn't to say that you can't get a nice shot of the moon with a wide-angle lens - just know that the moon will be a secondary feature in the image.

To get up close and personal with the moon as seen below, you’ll need a telephoto lens. Typically, moon photographers recommend at least 200mm. The longer the lens, the greater the magnification and the more pronounced the compression. 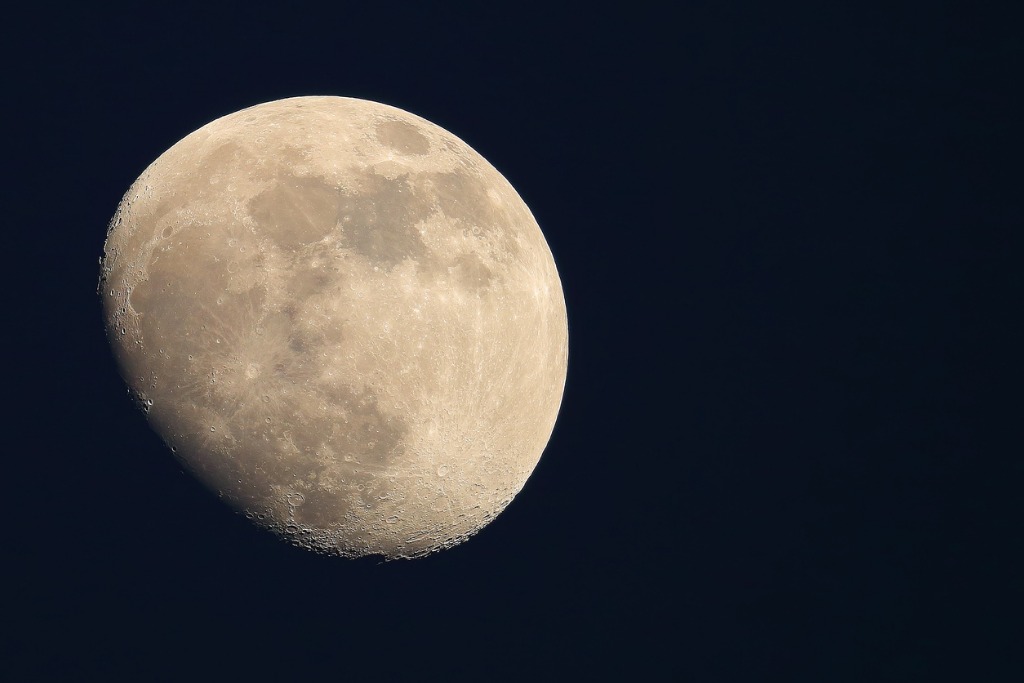 Where other types of astrophotography, like photographing the Milky Way, benefit from a fast lens, speed for moon photography isn’t as much of an issue.

For starters, the moon will be very bright and provide enough illumination on its own. Secondly, you’ll have your camera on a tripod, so you can utilize a longer shutter speed to compensate for the darkness of your surroundings.

So, when looking for a lens, worry less about the largest aperture available and focus on focal length. Solid options include the Nikon AF-S FX NIKKOR 200-500mm f/5.6E ED Zoom Lens. This lens is not cheap, but to get photos in which it seems the moon is very close (and large), a long lens is required, or at the very least, a teleconverter. 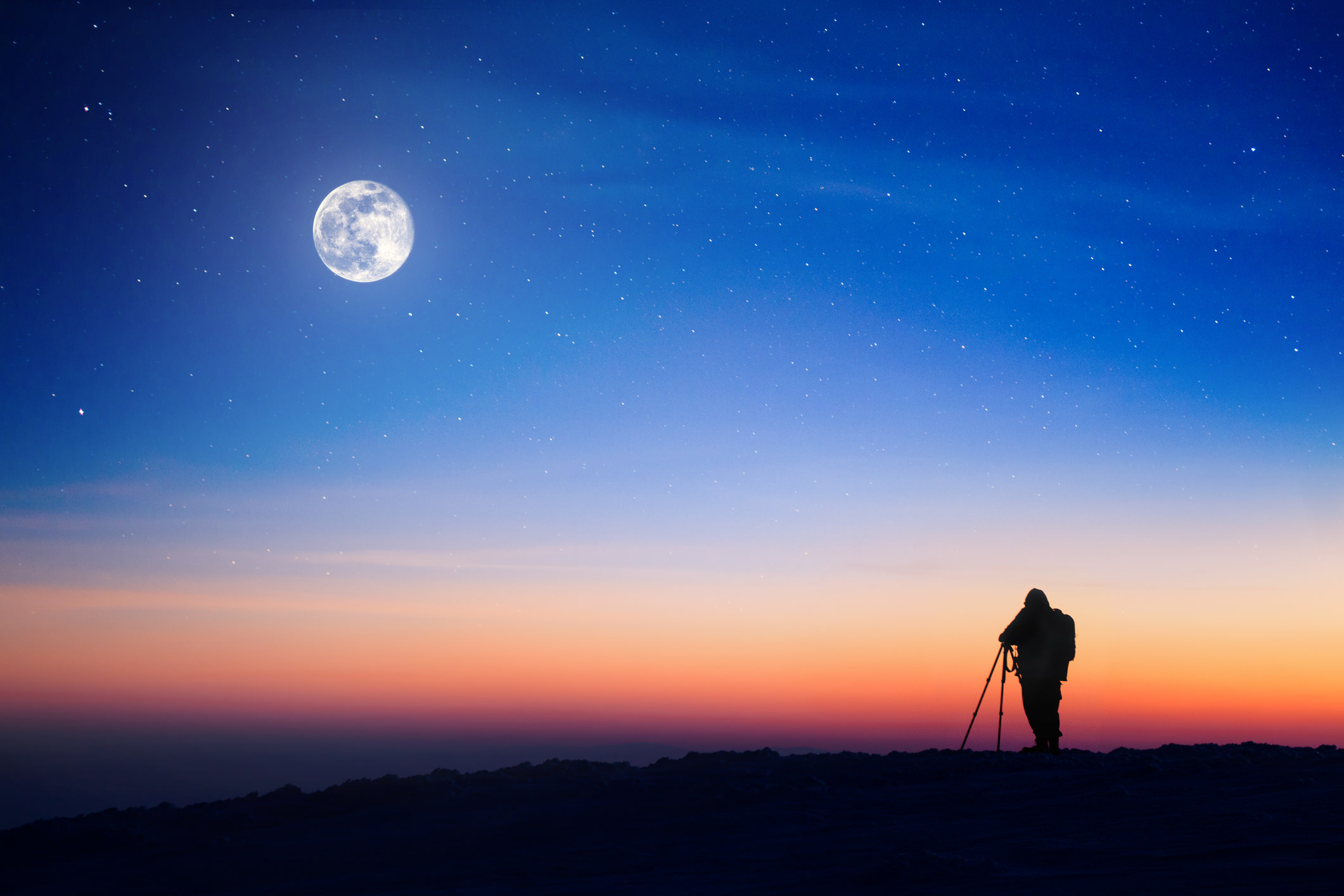 Naturally, with a long lens and long shutter speeds, a sturdy tripod that will give your camera a stable base is of the utmost importance. It won’t matter how beautiful the composition is if the shot is blurry due to camera movement!

There is a mountain of tripods available with a wide array of features that can make your head spin. But the most important thing to look for is stability, quality construction, good feet that provide a stable base, and a center column hook that allows you to add weight to improve stability. Check out our camera tripod buying guide for some guidance on buying the right tripod for you. 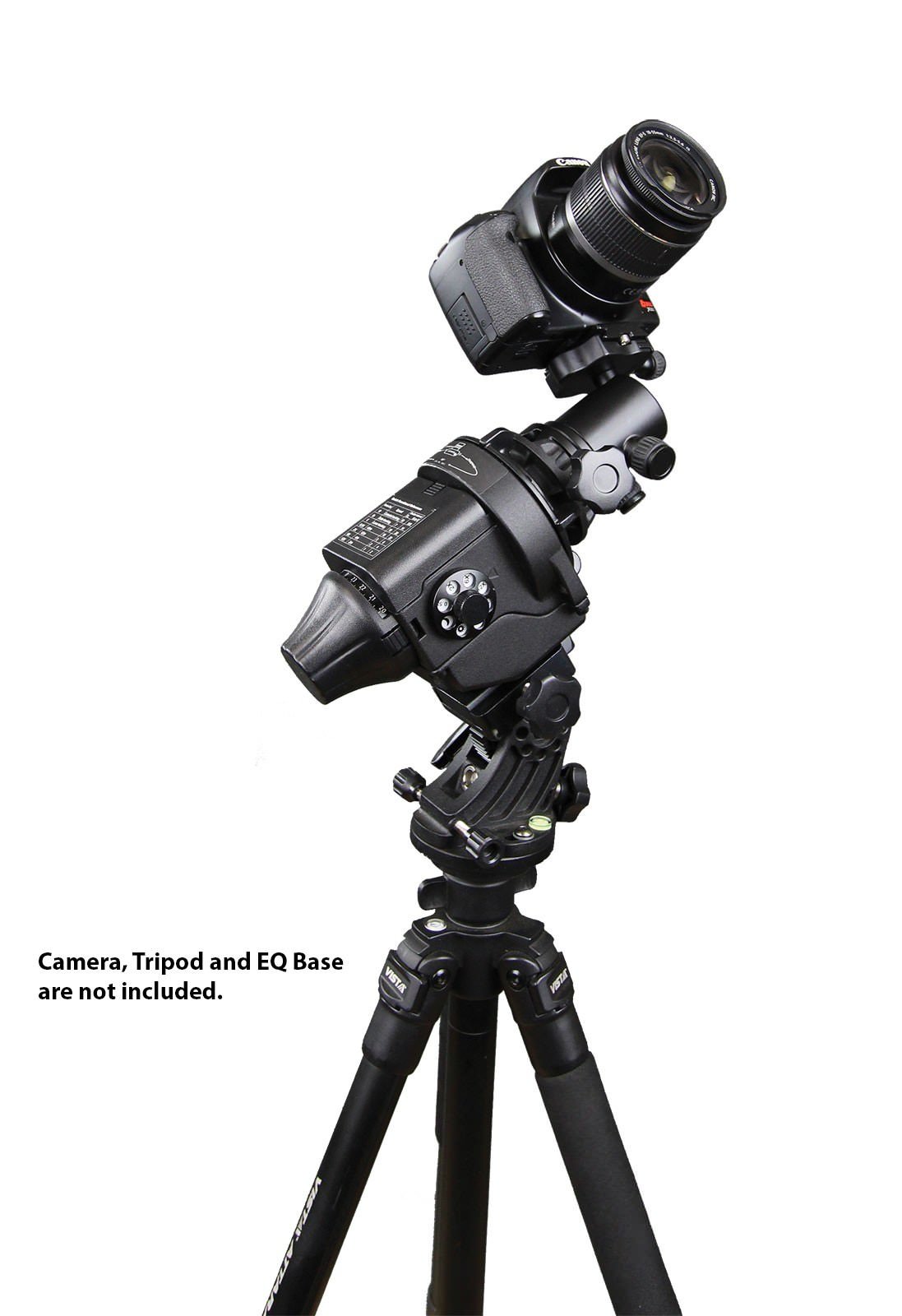 If you really want to take your lunar photography to another level, using a dedicated mount is certainly the way to go.

The Star Adventurer Mount from Sky-Watcher USA is an ideal tool for taking photos of the moon because it tracks celestial bodies. Keep the moon (or the sun or stars) in full view by using the mount to track it across the sky. With built-in shutter release control, the Star Adventurer also gives you the power of firing your shutter remotely, thereby helping to reduce the possibility of blurriness due to camera shake.

What’s more, if you want to create a beautiful timelapse video of the moon moving across the sky, you can! The Star Adventurer has preprogrammed parameters for creating timelapses both quickly and easily.

The setup shown above is Sky-Watcher’s special photo package, which comes bundled with the Star Adventurer mount, a polar scope illuminator, and a ball head adapter.

That means that right out of the box, you’re ready to head out, get set up, and take some stunning photos of the moon! Get to know the Star Adventurer Mount in more detail by checking out the video above from Sky-Watcher USA.

Here’s what you need to get this set up: 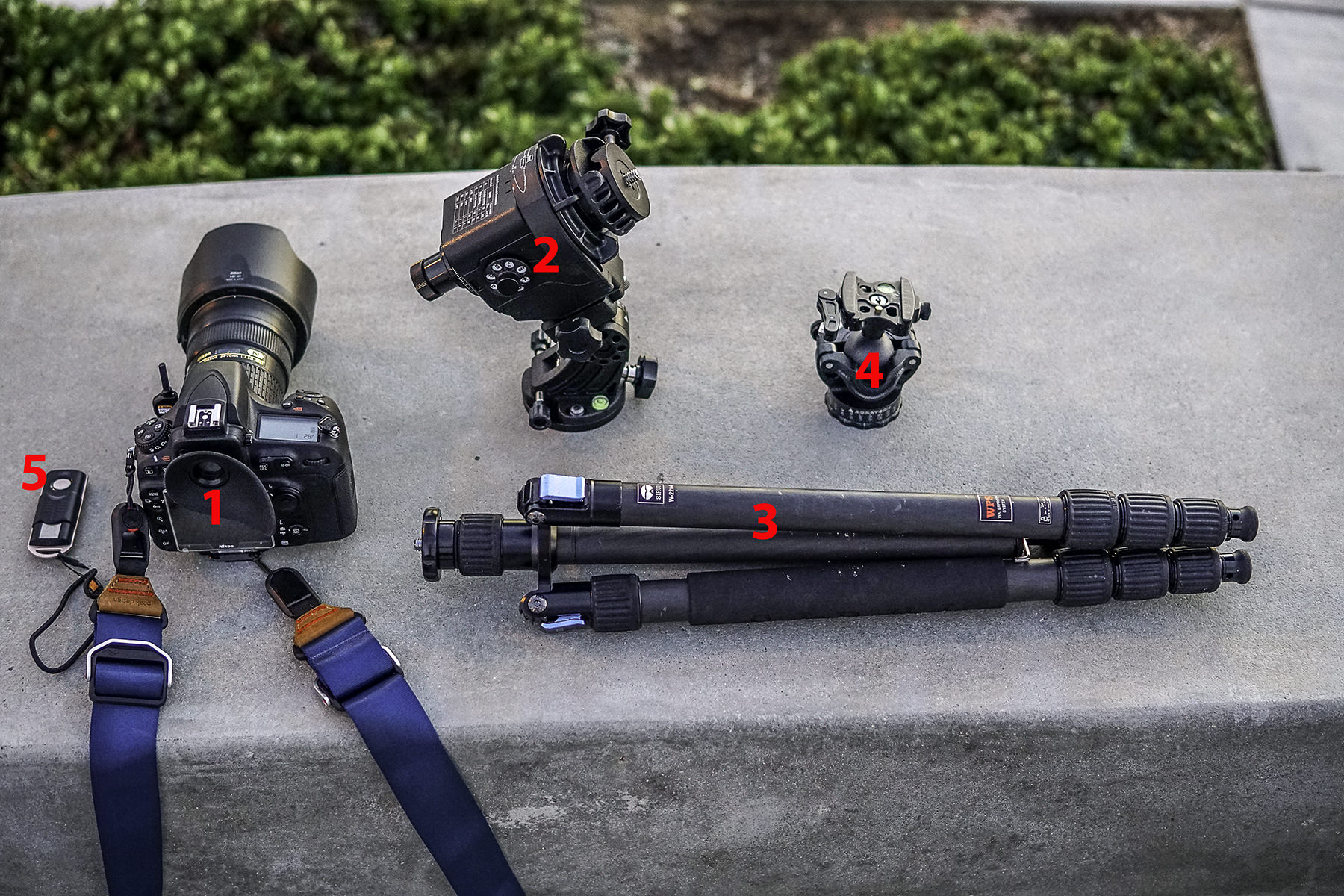 How to Photograph the Moon: Consider the Composition 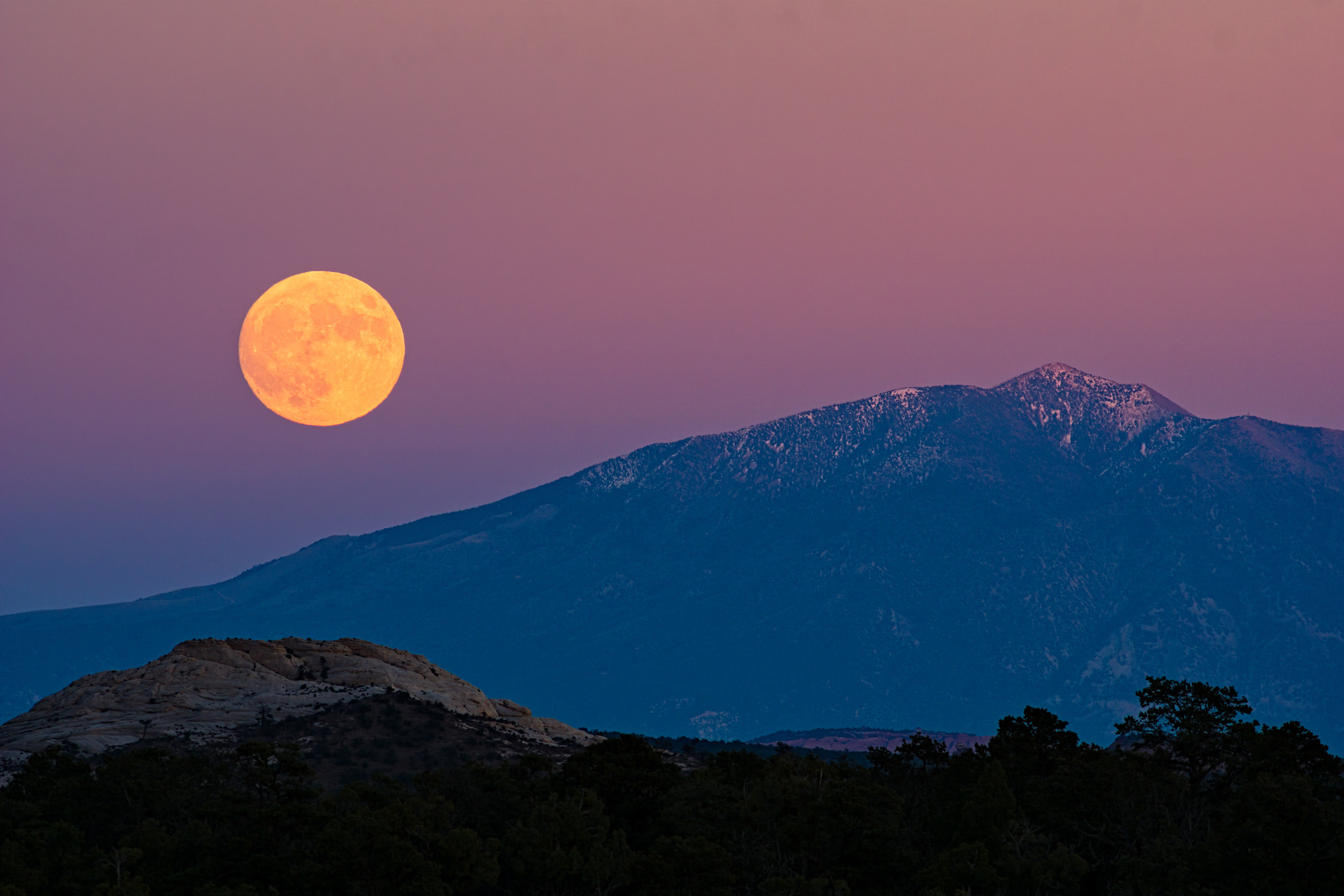 As beautiful as the moon is, and as awe-inspiring as it can be, photos of the moon can easily be boring. This is especially true if you take a wide-angle shot in which the moon is relatively small in the frame.

In those instances, it’s necessary to pair the moon with interesting foreground elements, just as you would with any other type of landscape shot.

There are a myriad of possibilities here. If you live in a city, incorporate a structure of some sort into the frame - a building, a bridge, or the like, that adds some scale to the shot as well as provides visual interest that makes the image more complex.

If you can head out to less populated areas, pair the moon with natural elements like mountains, trees, or even reflect the moon in a still lake or pond to make the photo more visually appealing.

Another option is to create a composite image in which you take a wide-angle shot of the landscape, a telephoto shot of the moon, and combine them together.

This method is used quite often to create images that have the best of both worlds - a gorgeous setting and a nice view of the moon.

Learn how to create a composite image of the moon in the video above by Brendan Williams. 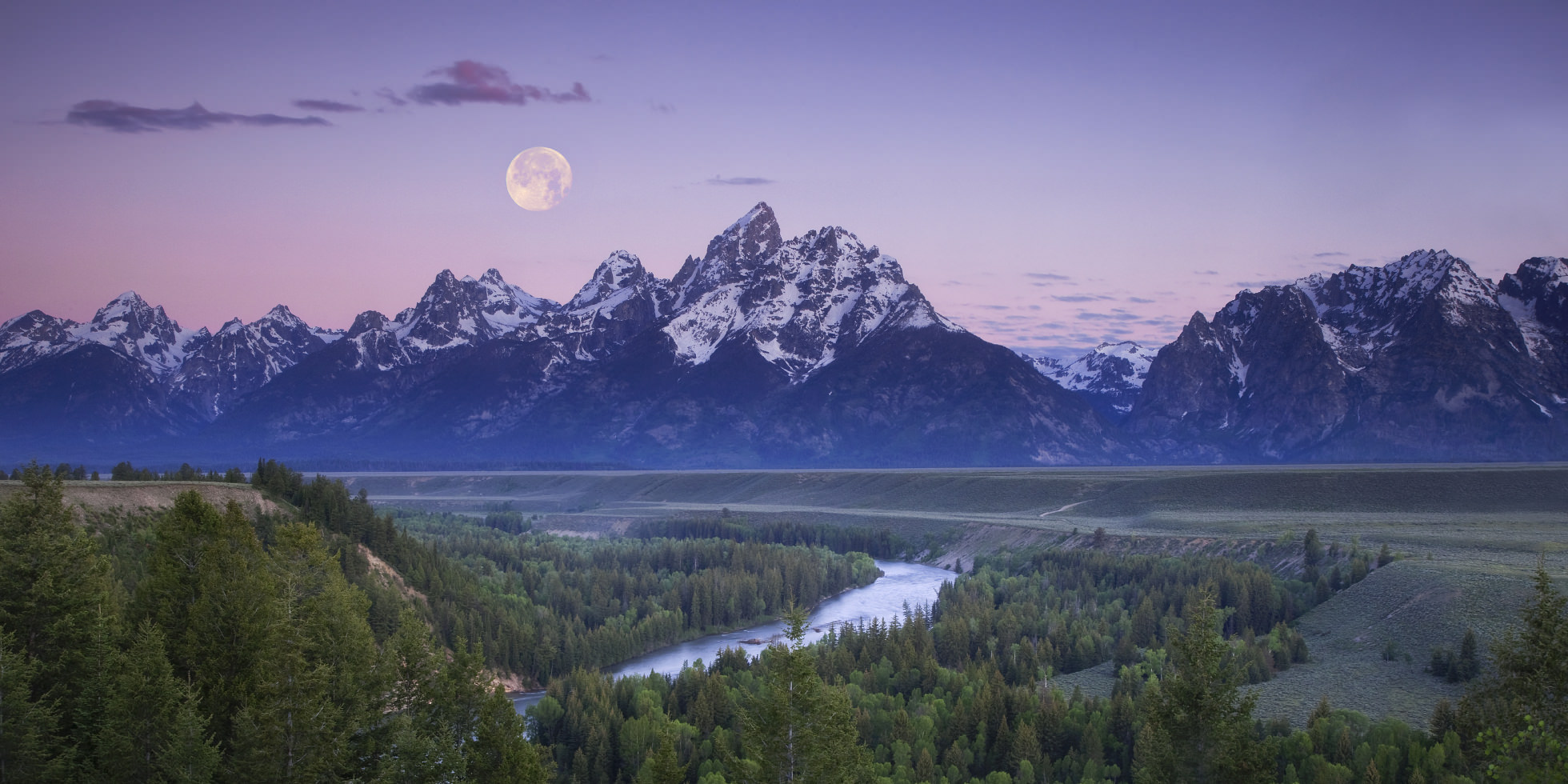 From planning your outing to composing the shot to processing the images, you now have a better idea of what it takes to create gorgeous photos of the moon.

Though it’s a lot to take in, just remember that all it takes is a little bit of practice. Set aside some time to work on the tips and techniques outlined in this article, and you’re sure to develop the skills needed to capture some truly stunning lunar photos.