How to Comfortably Carry Your Photography Gear 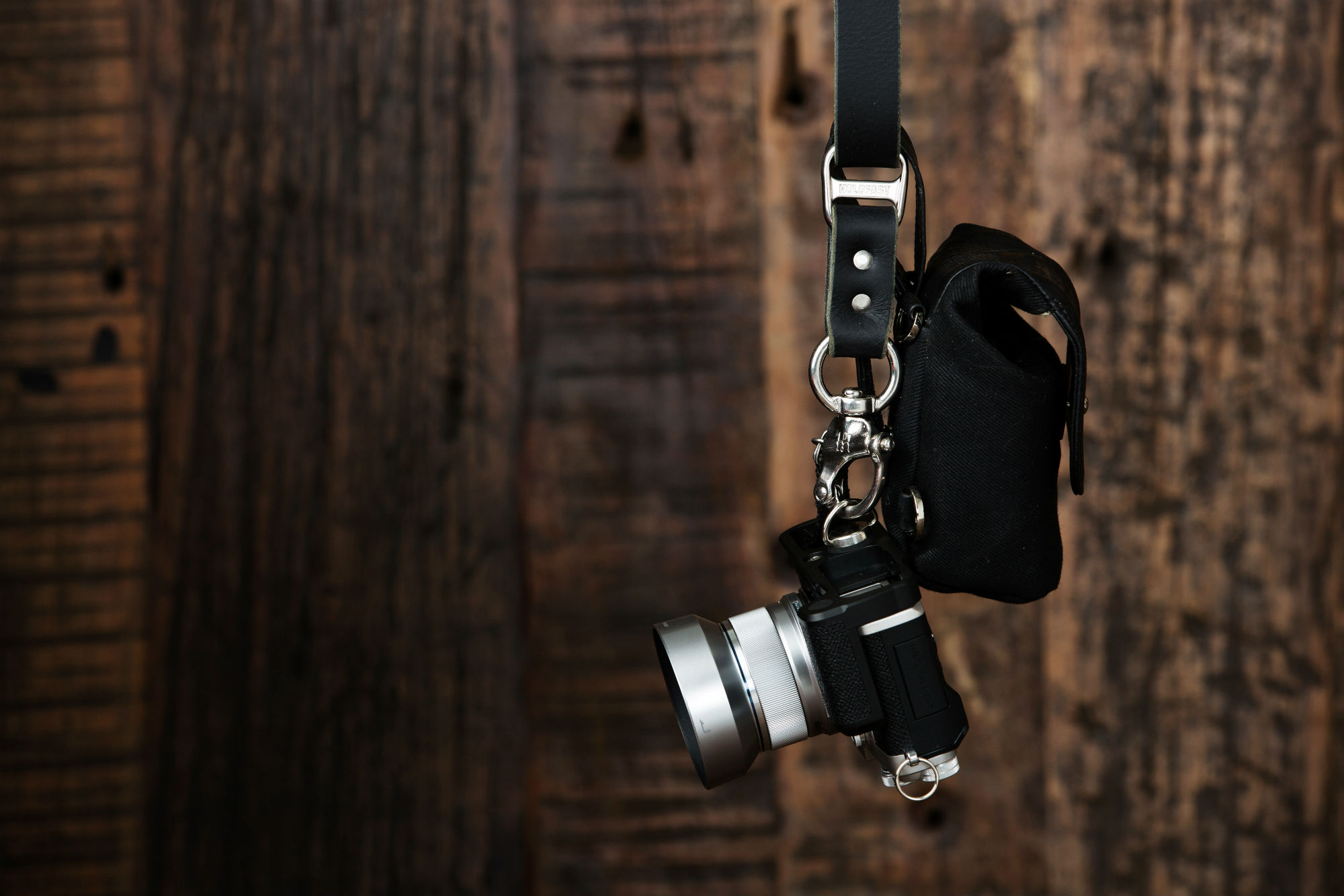 I realize that asking how to carry photography gear and do it comfortably seems like a no-brainer.

But as someone that's tried dozens of straps, harnesses, bags, and backpacks over the years, there's a little more to it than just buying something that accommodates a ton of stuff.

Instead, you need to pay attention to the little details in order to have the best gear-carrying experience.

And if you ask me, Holdfast has unlocked the secret of how to carry photography gear comfortably (and in style, I might add)... 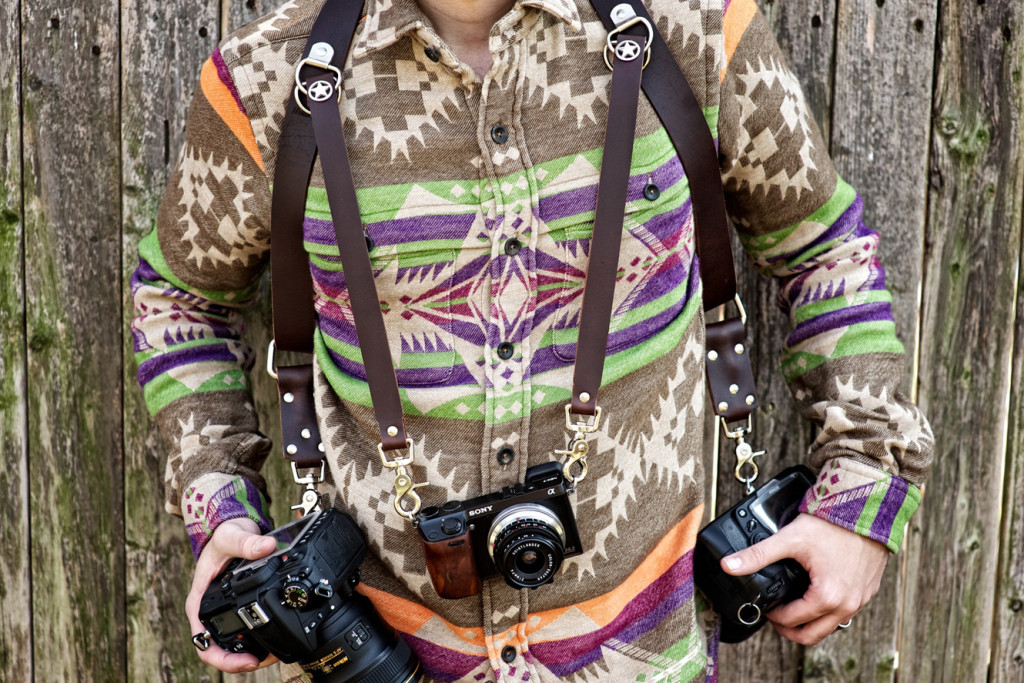 I've used a Holdfast MoneyMaker for years, and as I noted here, buying it was one of the best gear decisions that I've ever made.

There was just one "complaint" with the MoneyMaker - it was a dual-camera system (with the possibility of carrying a third camera), and not every situation warrants having that much gear.

That's why I was so excited to learn that Holdfast has taken its vaunted MoneyMaker a step further when they unveiled the MoneyMaker Solo. 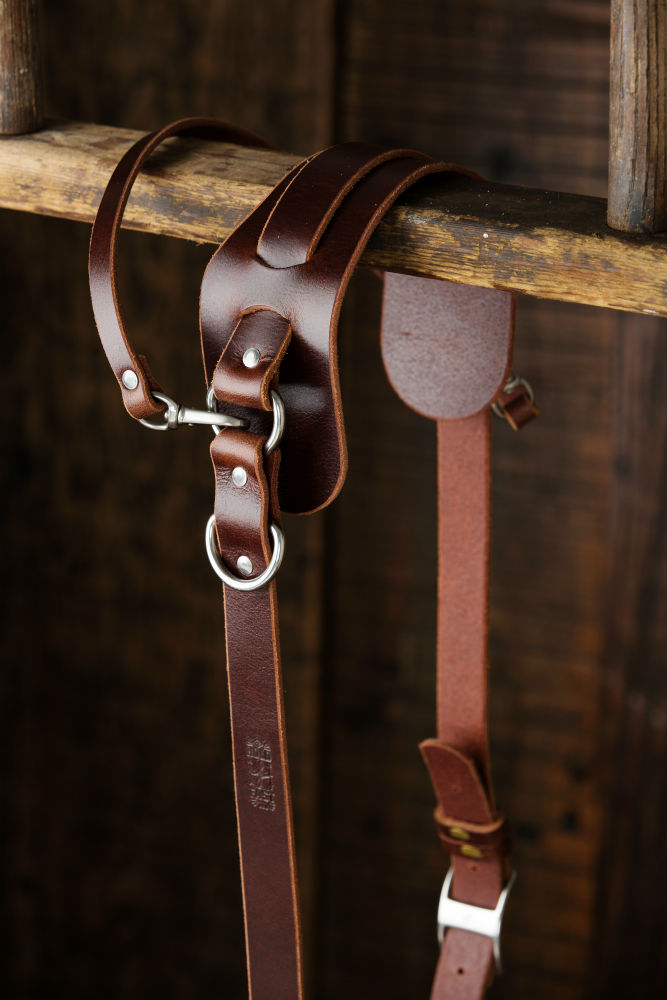 Just like its big brother, the MoneyMaker Solo is impeccably crafted as you'd expect from Holdfast.

The same leathers and hardware that made the original MoneyMaker such a stellar product are carried over to the Solo, giving you assurance that this rig not only looks great but is incredibly comfortable and functional, too.

That's thanks in part to a big, beefy shoulder strap (shown above) that softens the load of the weight you carry, be that just a single camera and lens or loaded for bear with other accessories like a couple of lenses inside Holdfast Lens Pouches. 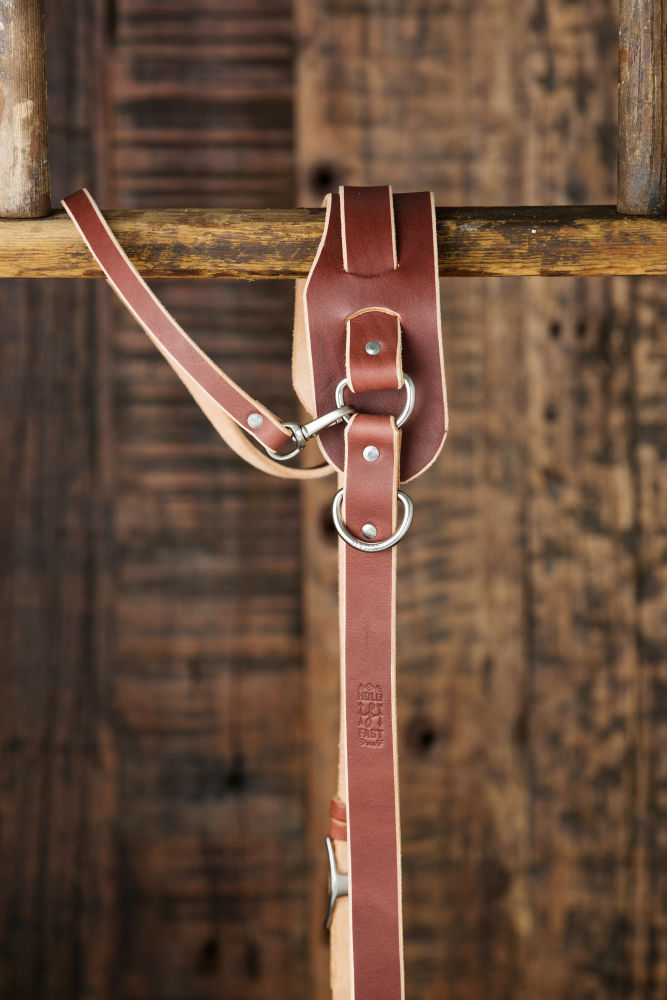 Also helping with the comfort and function factors is the fact that the Solo has a stabilizer strap that wraps around you to help keep the shoulder pad in place on top of your shoulder.

But what really sets this camera strap off is the included belt anchor, which takes the stability factor to another level...

You can attach the belt anchor to any belt, and it will keep your camera right where you want it on your side. That is, it won't flop around or swing forward, even when you stoop or bend over.

A simple, quick tug on the anchor releases the camera, at which point you can raise your camera to your eye to snap a quick shot.

When you're done, you can reattach the belt anchor with just one hand and resume moving around knowing that your camera won't be in your way.

You can see the MoneyMaker Solo in action in the video above. 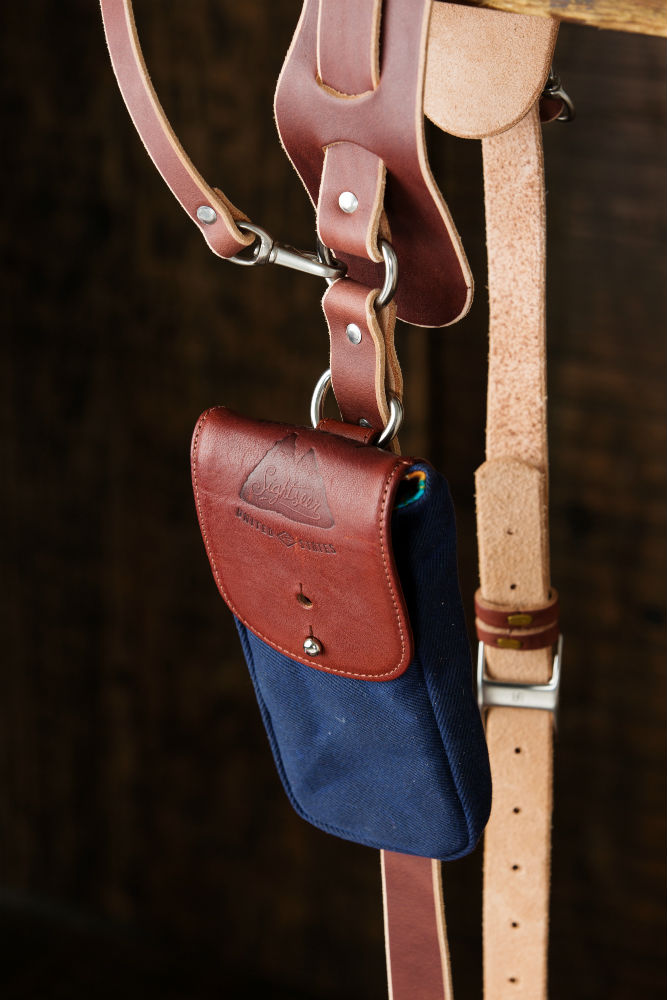 As noted earlier, the MoneyMaker Solo makes it easy to carry additional gear.

Use the front D-ring to attach a Holdfast Cell Phone Pouch to keep your smartphone right at your fingertips (as shown above). You can also attach the aforementioned Lens Pouch to the strap for additional versatility.

And what's great about this setup is that even with a camera and lens, cell phone pouch, and lens pouch, you don't feel overwhelmed by your gear.

That's because everything stays in place, right where it should be, and you don't have to worry about one thing getting in the way of the other. 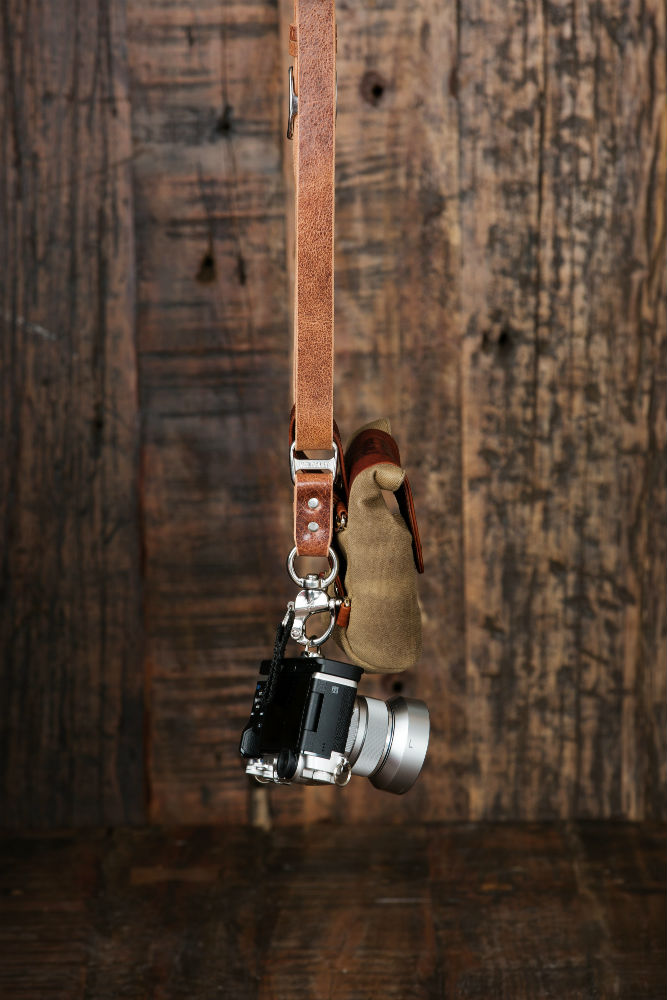 In other words, the Holdfast MoneyMaker Solo allows you to not just carry all the gear that you need and do so in comfort, but it allows you to do so in a way that is functional and improves your workflow as well.

This is a brand new product from Holdfast, but it's steeped in the tradition of Holdfast's commitment to design, quality, and function.

If you're a single-camera shooter, there's no better way to carry your gear than the MoneyMaker Solo!