How to Take Your Photography to the Next Level of Epic 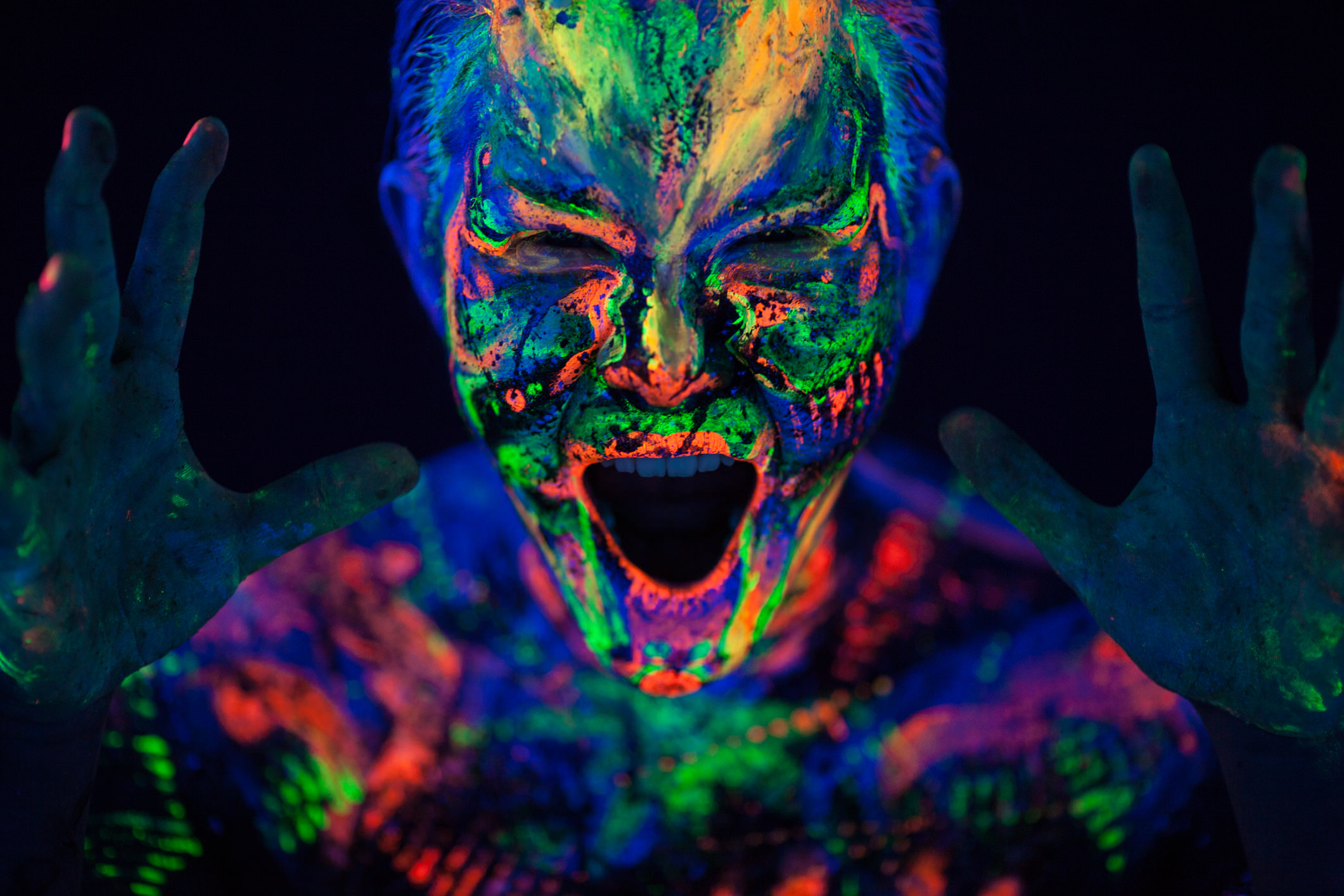 EPIC. Now there's a word I think we can all agree would be nice when used to describe the photos we take!

Of course, getting to the point in photography in which your photos are good enough for that description take some time, effort, and dedication to the craft.

It also takes a little bit of trickery, ingenuity, and thinking outside the box...

Our friends at the Cooperative of Photography (COOPH) put out a video awhile back with the help of Benjamin Von Wong that offers up some fun photography tricks that are definitely epic, and it's certainly worth a watch.

Use a Reflector to Create a Breeze 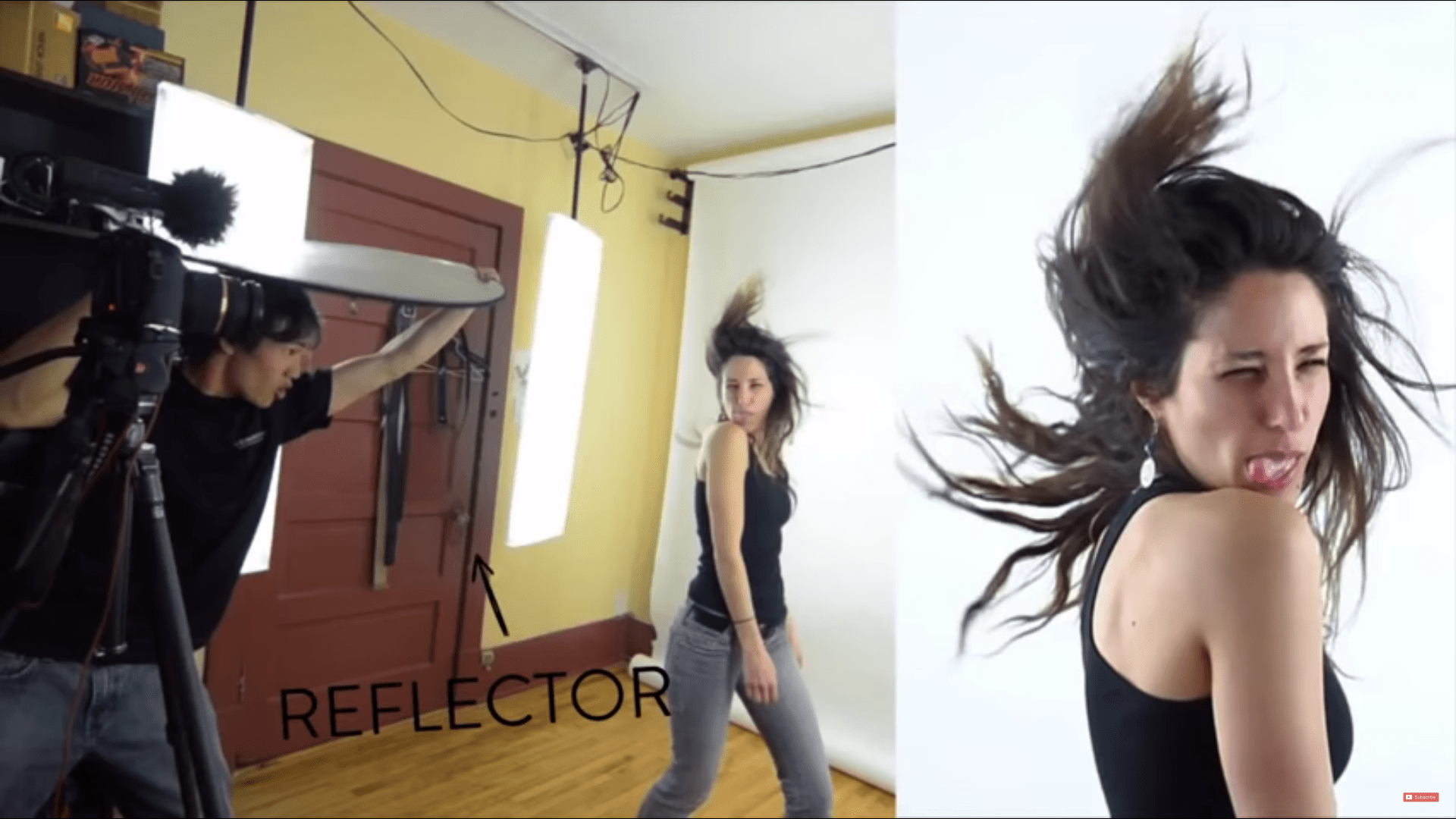 Adding drama to your portraits really is as simple as adding a bit of a breeze...

Doing so gives the shot a greater level of interest, and all it requires is a normal, everyday reflector.

Have a friend wave it up and down to make your subject's hair run wild, snap away as they do so, and voila, more dramatic portraits!

Use Flour to Enhance Motion 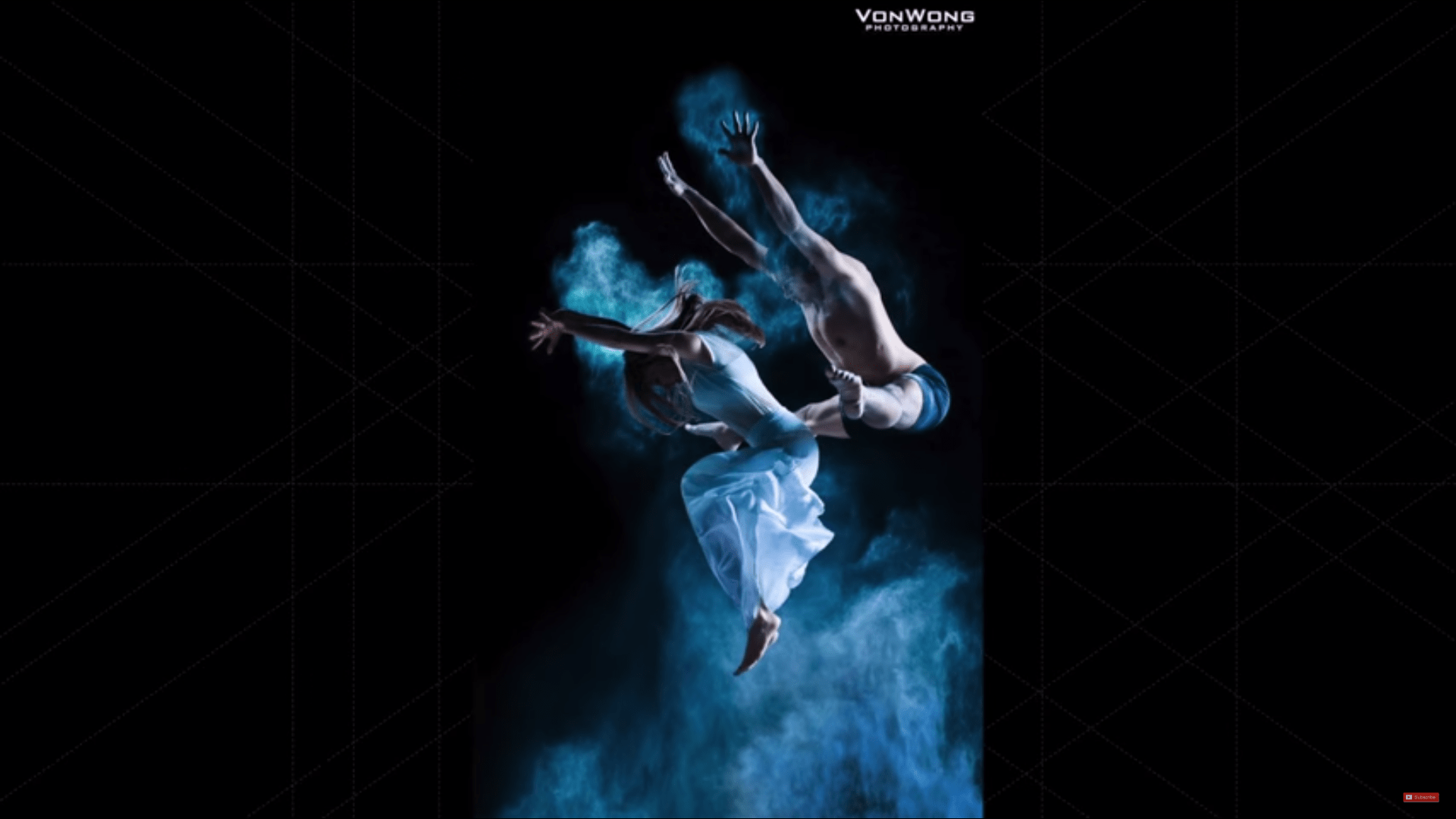 Because it's so light and moves so easily through the air, you can use it to enhance motion in your photos.

Just grab a handful, throw it into the air, and have your subject jump, twirl, run, and so on, and you'll find that the flour adds that epic look you want.

Use a Highlighter and a UV Light to Add Whimsy 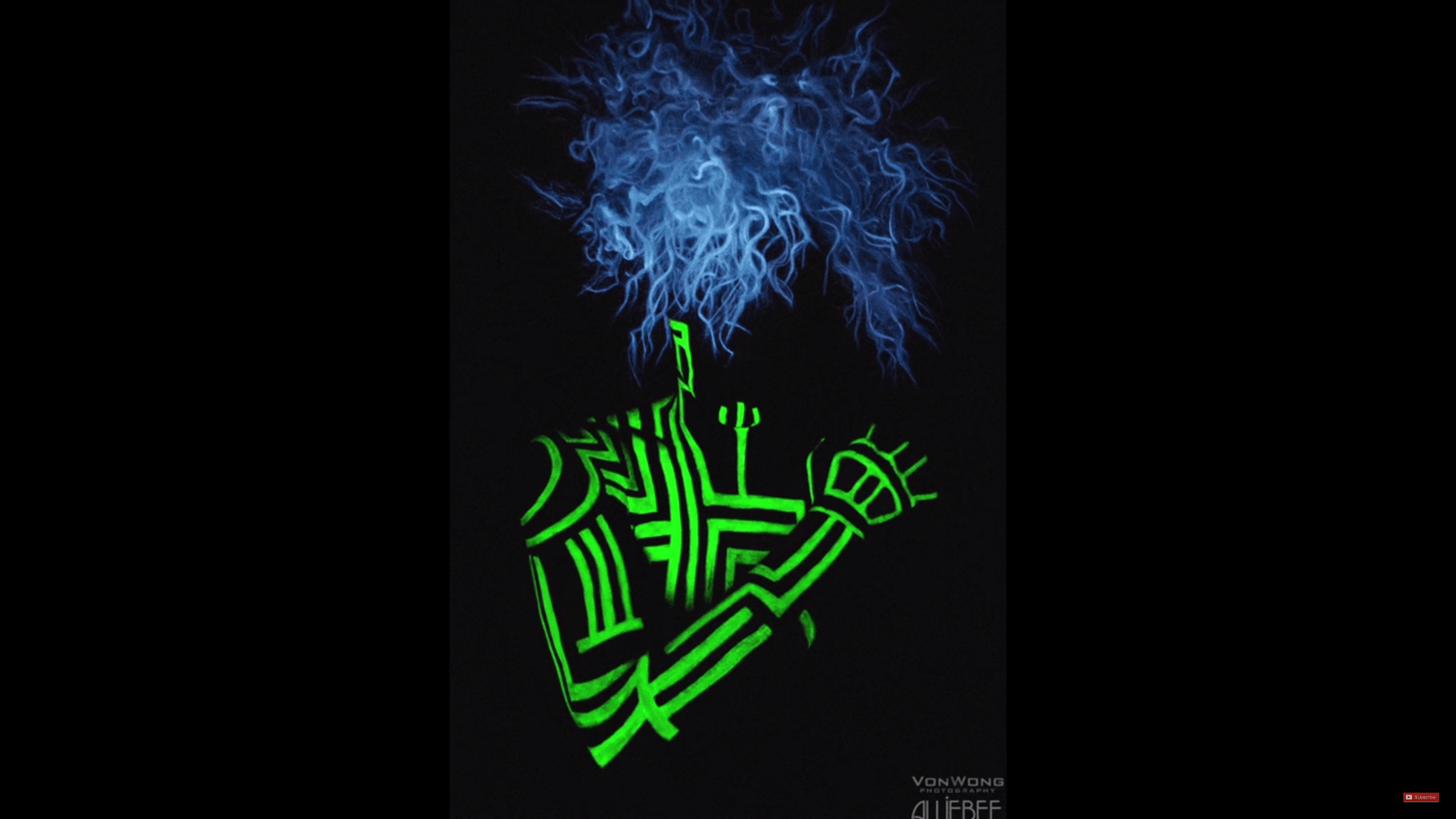 Everyone has a highlighter laying around the house somewhere, so you might as well put it to good use for your photos.

Highlighters are visible under UV light, so use the highlighter to draw shapes or patterns on a surface (even skin!), pick up a UV light for about $20, and you've got an inexpensive setup to make some truly epic portraits.

And the best part?

Once you have the basics of UV light down, you can get better gear, UV paint, and really go to town. 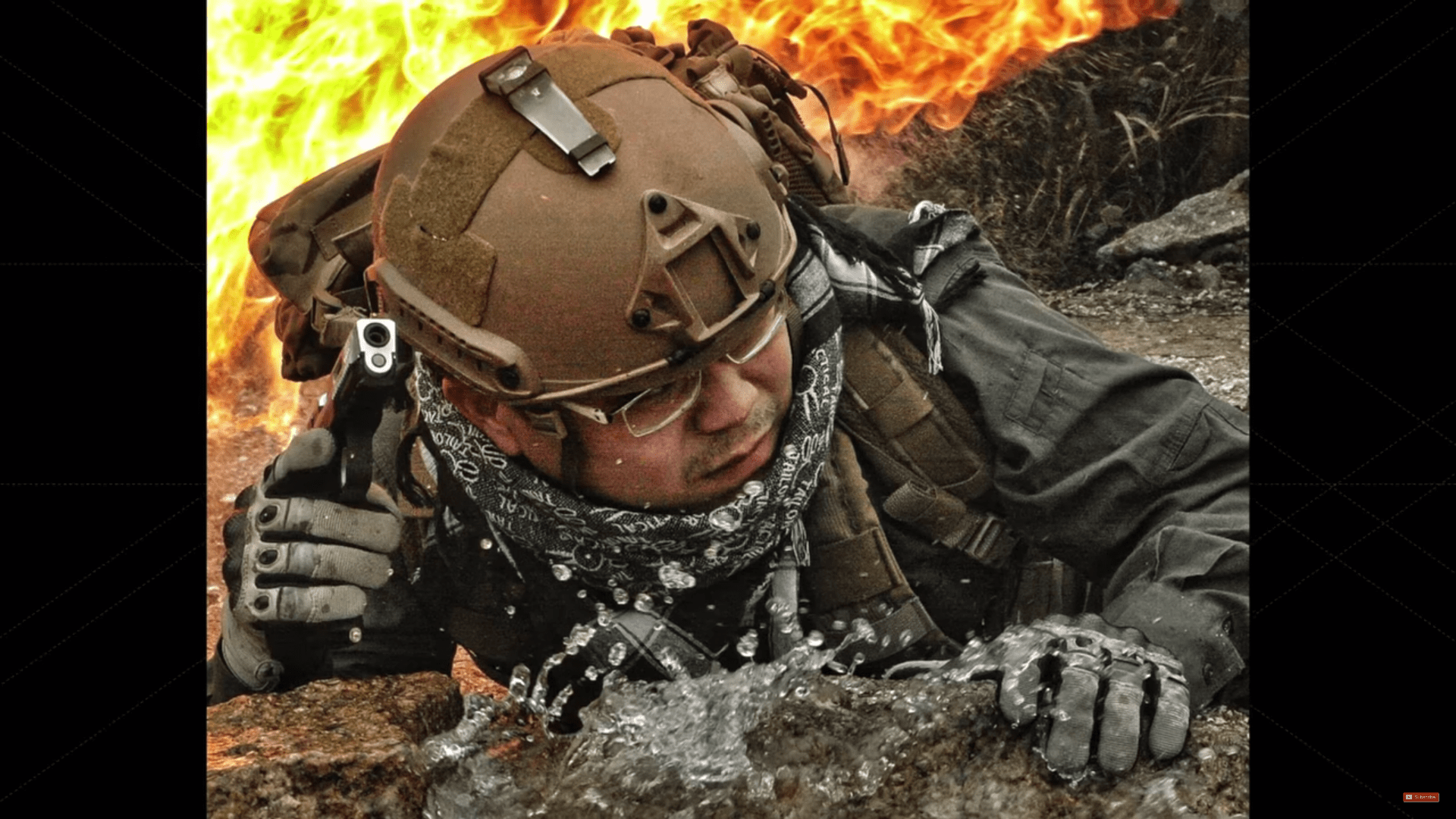 I know it sounds crazy, but as COOPH demonstrates in their video, this actually works!

Get a funnel, pour coffee creamer in it, add pressure to force the creamer upward toward a match, and you've got an epic explosion for your shots.

Just be careful with that open flame! 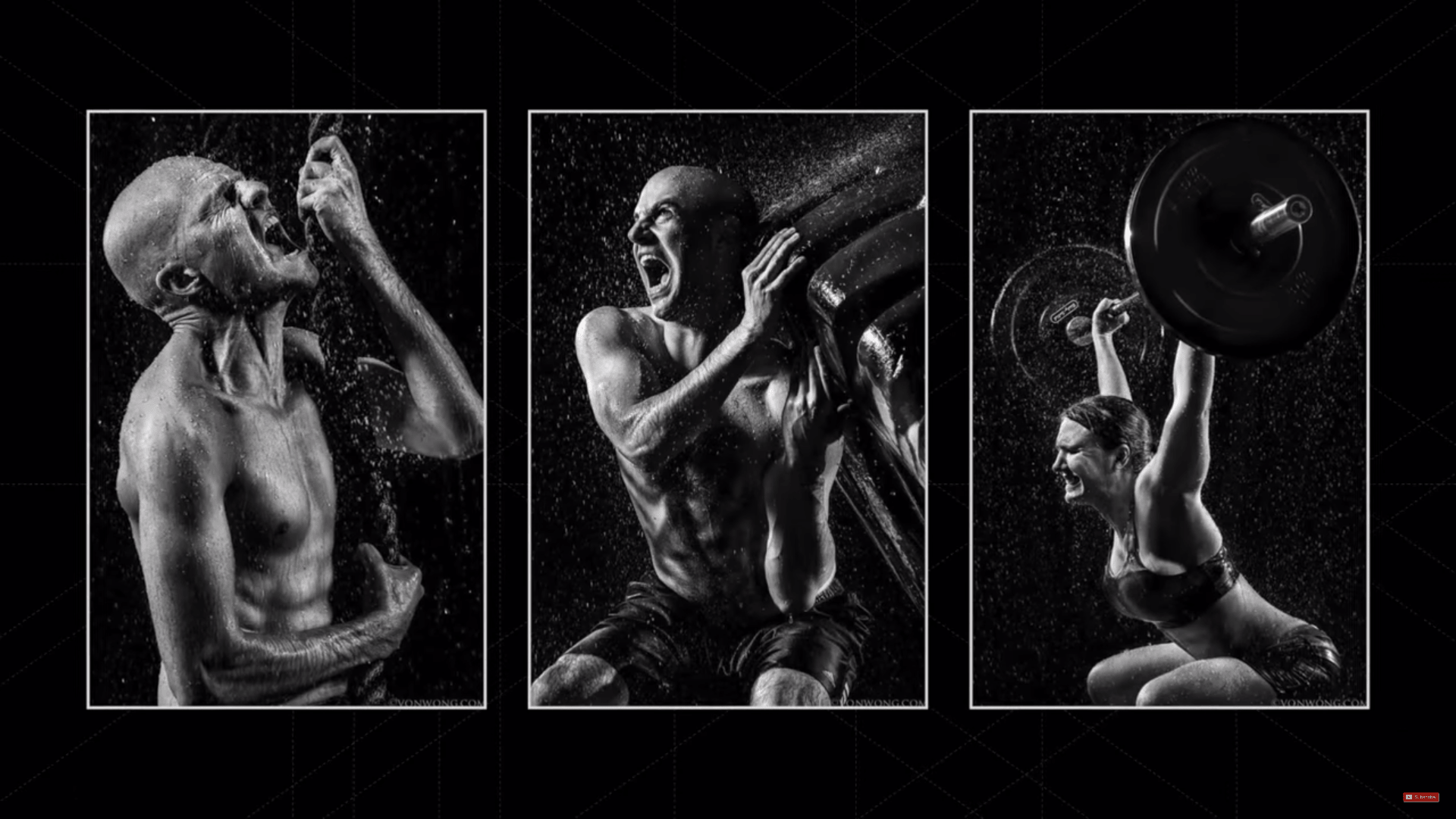 Adding raindrops to your photos isn't nearly as difficult as it might seem.

Using nothing more than PVC pipe, sprinklers, and a garden hose, you can get a rainy, stormy look like in the images above. 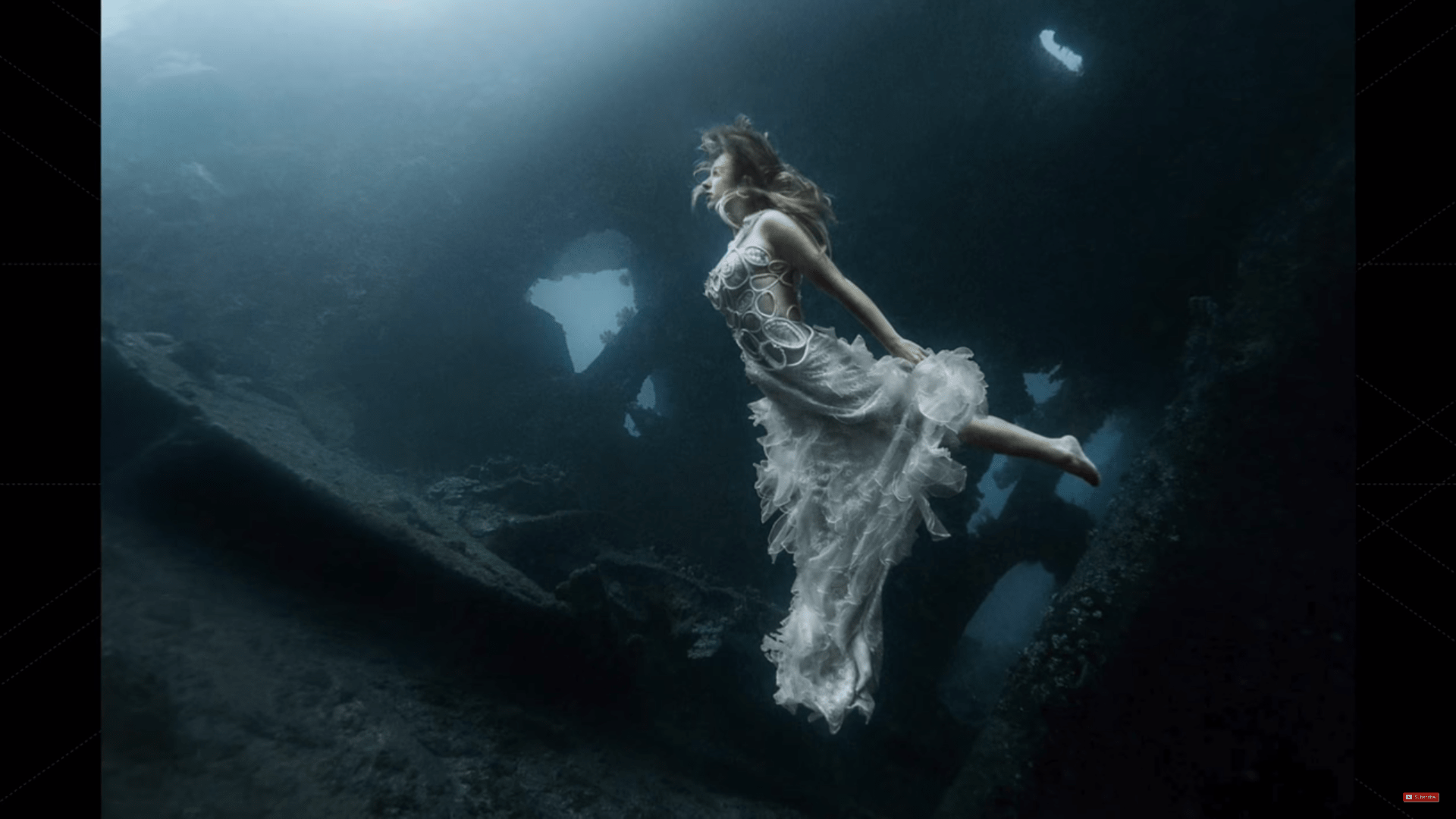 Sometimes, taking your photos to the next level of epic requires less ingenuity and more dedication to finding the perfect shoot location.

That might be going underwater to use a shipwreck as your backdrop... 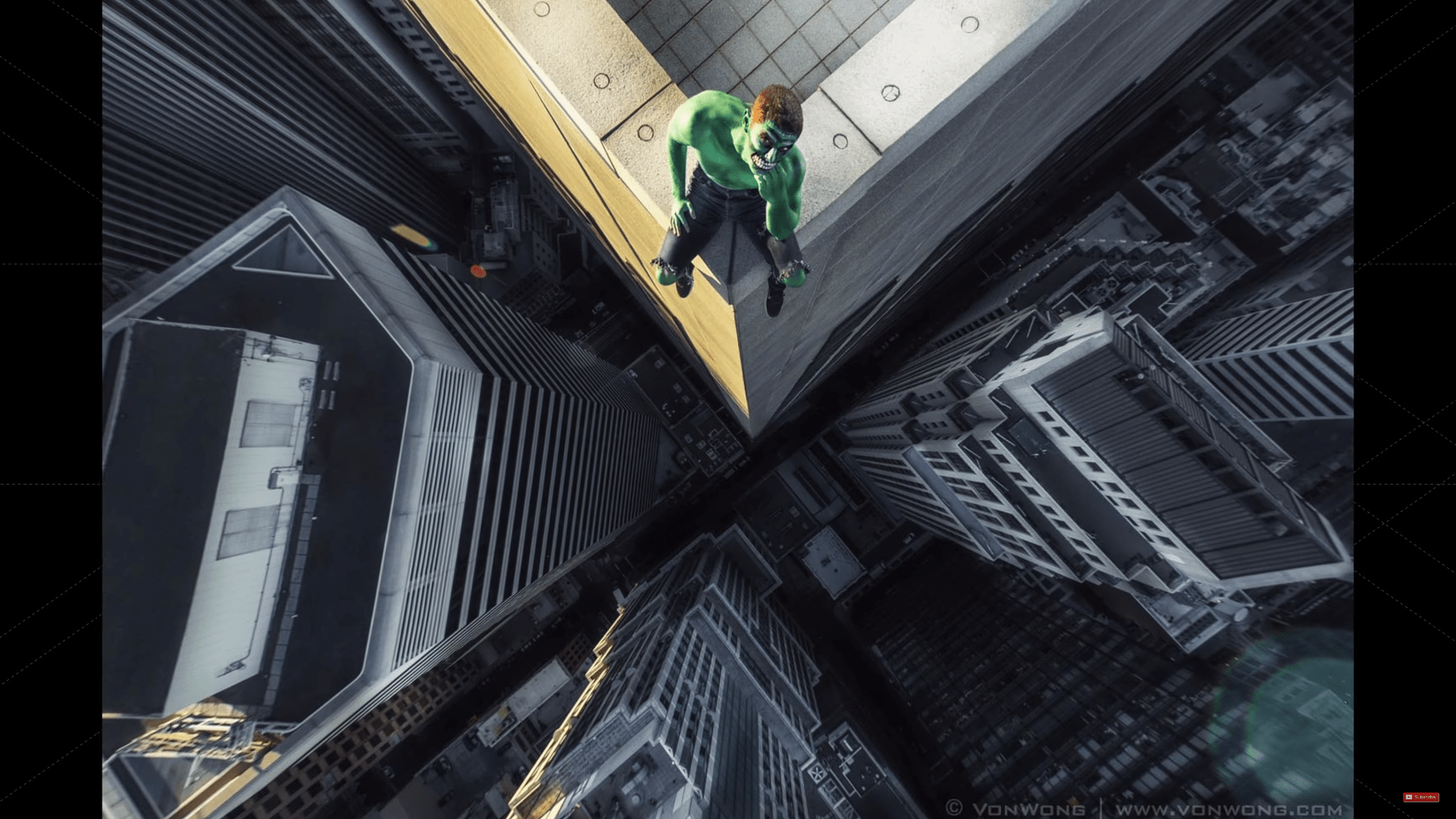 Or it might be heading to the top of a building to get an anxiety-inducing perspective on a superhero watching over the city. 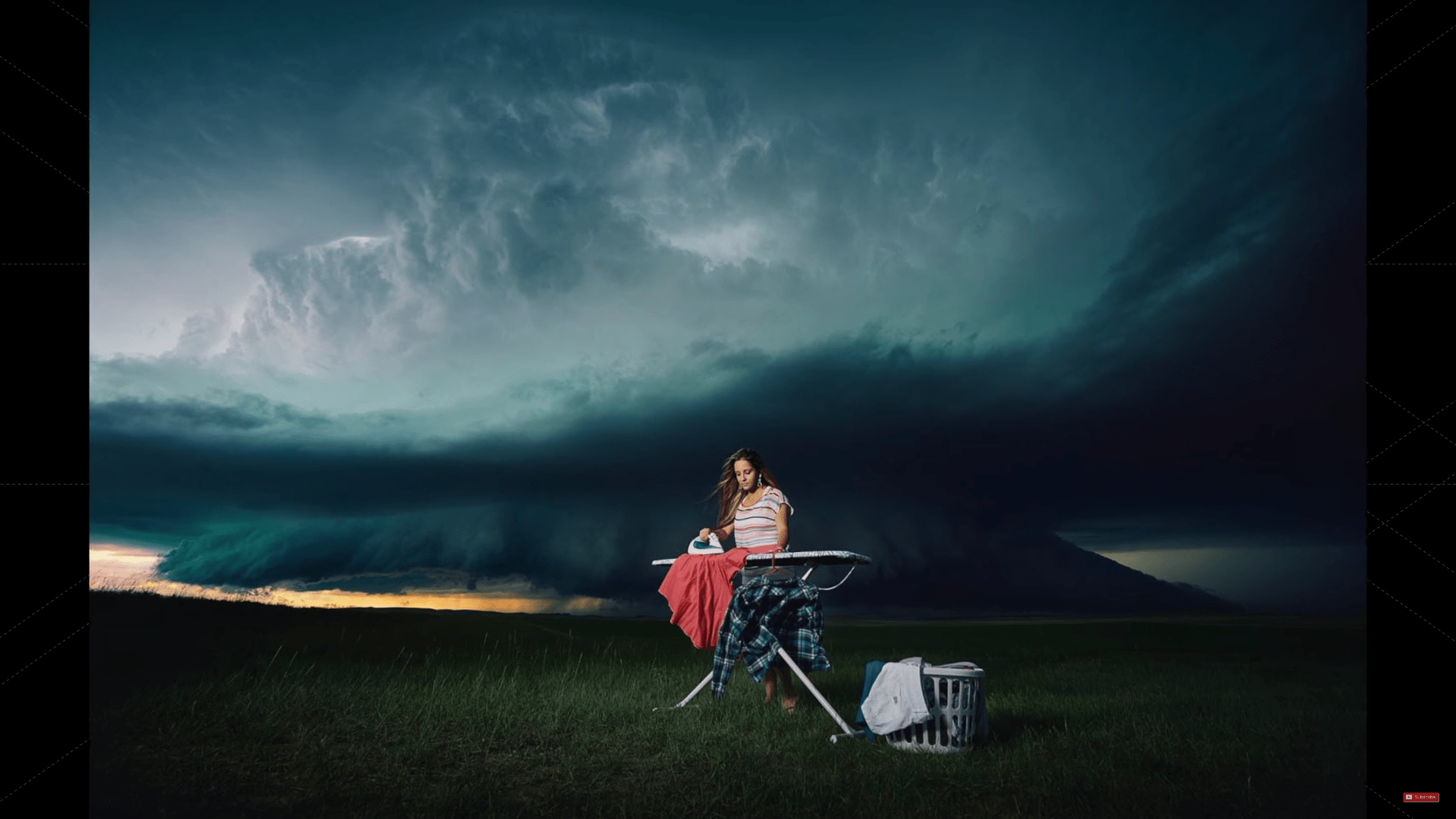 There's not much that's more epic than a crazy storm, so why not use it as the backdrop for your photos?

Even if your subject isn't doing anything all that epic, the shape, color, and scale of a storm will be more than enough to take your photos to the next level.

Just be smart and safe when using this method! 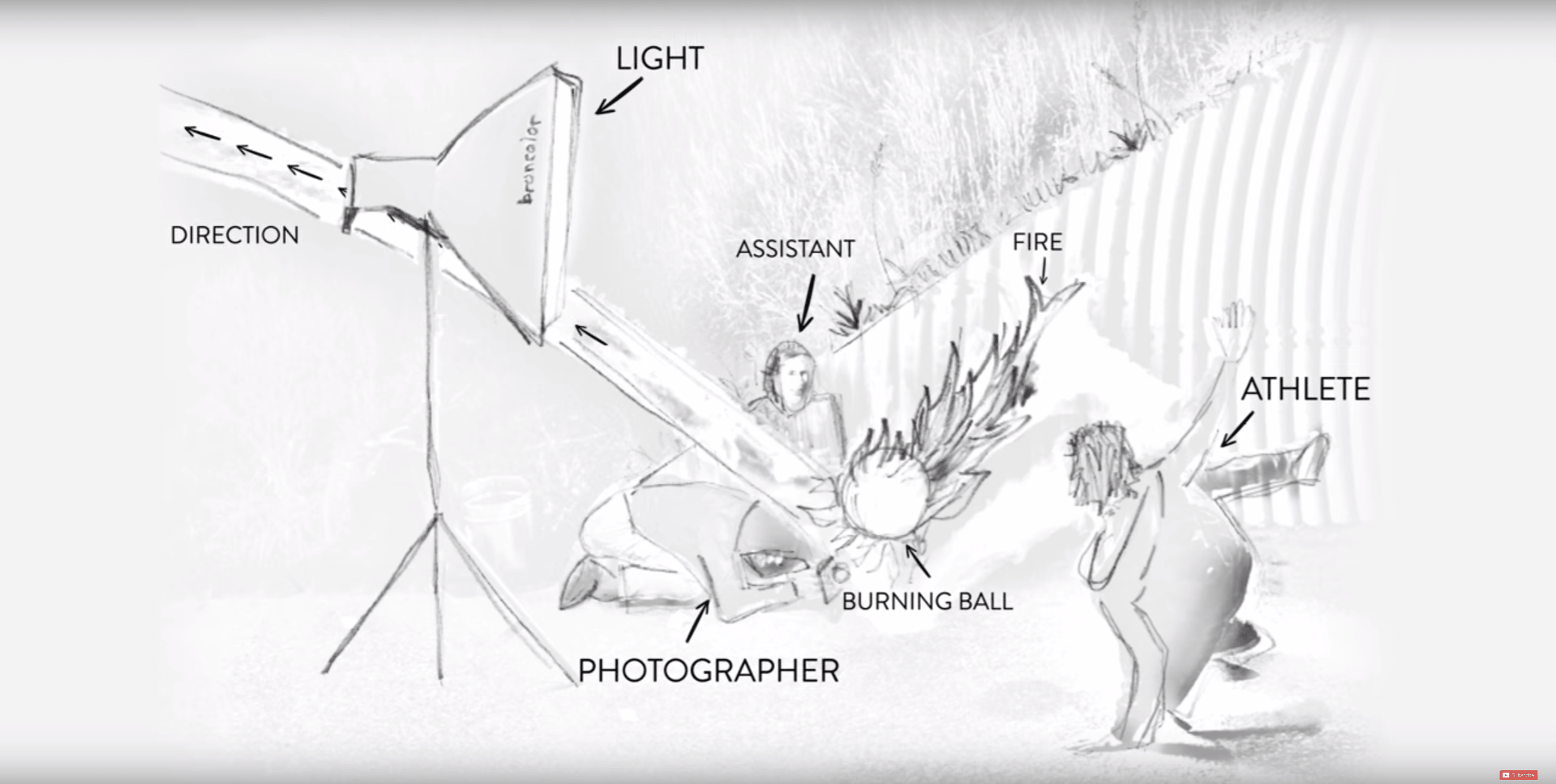 Sure, going underwater for a photo shoot or chasing storms to get a crazy backdrop are pretty involved procedures for getting epic shots.

But these more complex ideas have several things in common with the more basic ideas on this list...

Whichever approach you take, you'll need to sit down and draw out your ideas. This will help you begin to visualize what you want the image to look like (and what you need to do to make it happen).

Next, gather up all the gear and supplies you identified in step one, being sure to give yourself enough time and money to get everything you need.

From there, you'll need help. That includes people to photograph, assistants to hold reflectors, set up lights, and so forth, and maybe even a second shooter to get a different take on the subject you're photographing.

Lastly, commit yourself to being patient.

You won't nail the shot on the first try each and every time. Instead, you'll find that there's a lot of trial and error involved in creating an epic photo.

The key is to go into this exercise understanding that it requires a lot of time and effort. That will help you stick with it for the long haul and avoid getting frustrated when things don't quite work the way you want.