The Ultimate Beginner’s Guide to Working Your Camera 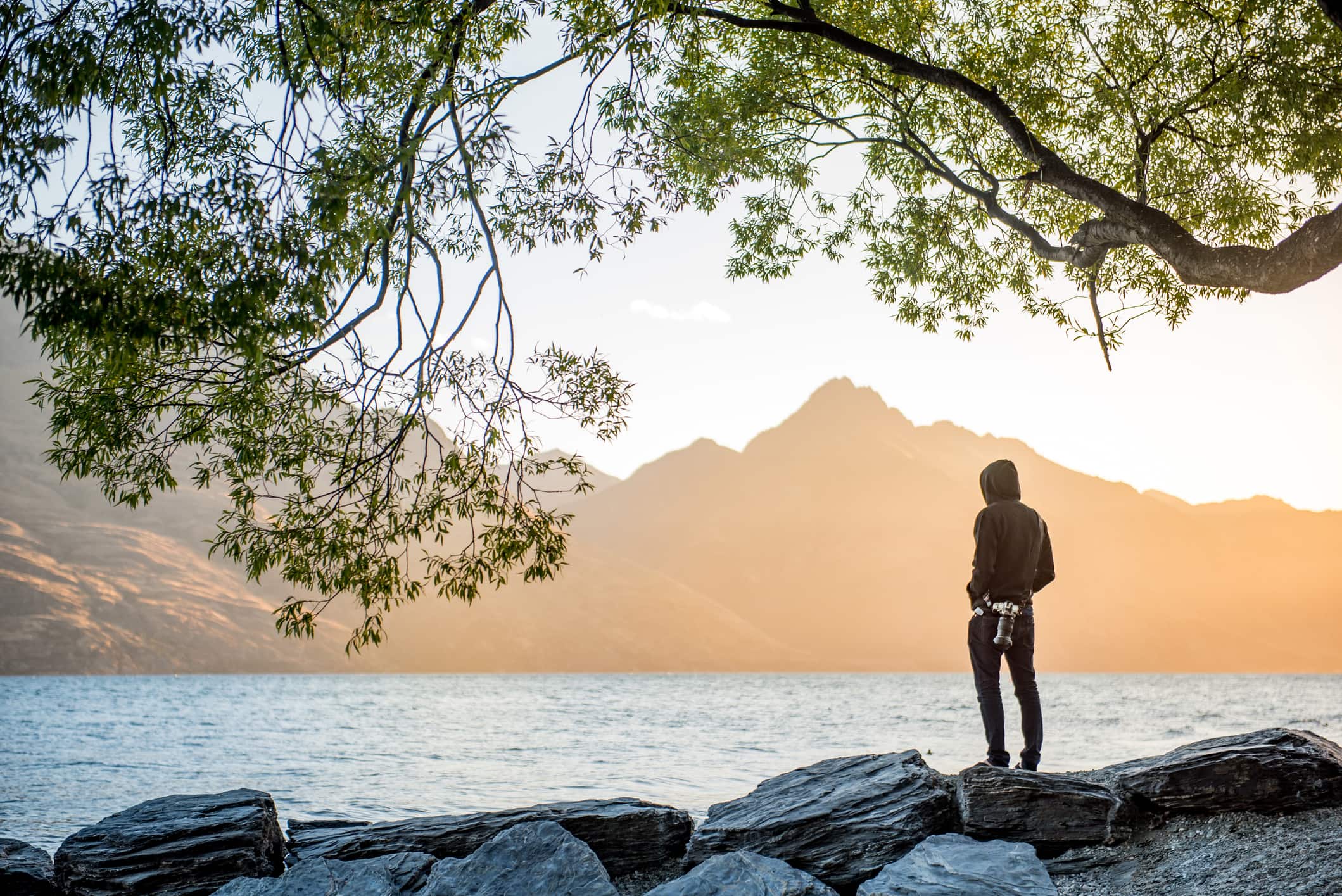 Learning how to take control of your camera and getting out of full auto mode can be a little daunting for new photographers like yourself.

However, it's not as scary a proposition as you might think.

In fact, armed with the right tutorial and some time to practice, you might be surprised at how quickly you can shift your workflow from shooting in full auto to shooting in full manual mode.

You can get started on that journey by watching the video above by Flow Graphics.

The video centers around the three exposure settings - aperture, shutter speed, and ISO.

Have a look, and for a detailed account of each step, keep reading! 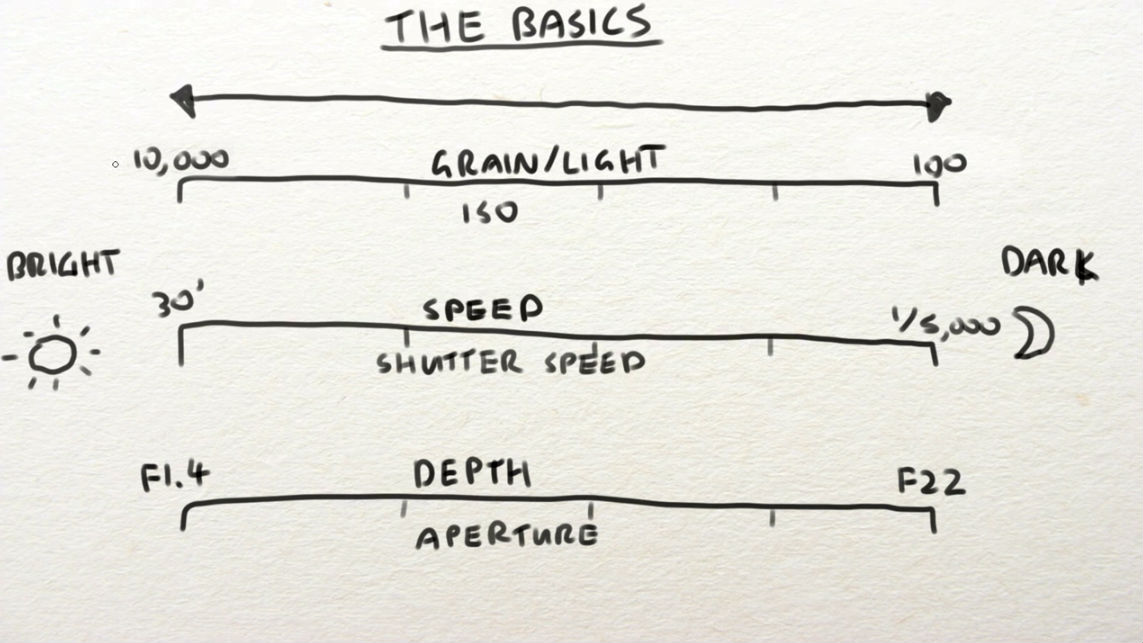 In looking at the screenshot above, you can see what each of the three elements of the exposure triangle do.

Each setting controls how bright or dark an image will be.

Each of the three elements of exposure exist on a continuum as well, with each value representing a specific "stop."

How Aperture, Shutter Speed, and ISO Visually Impact the Photo 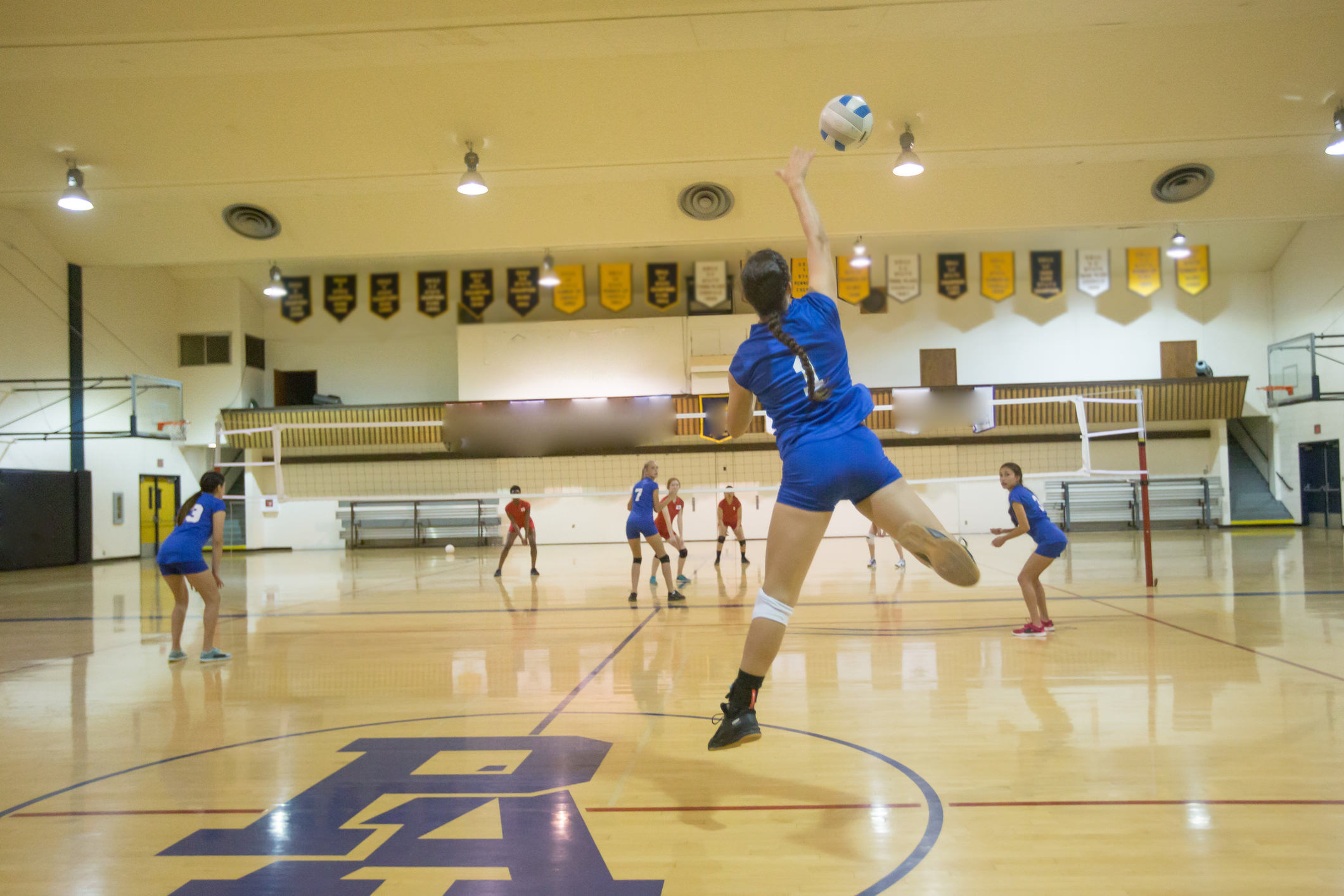 Beyond controlling brightness and darkness of an image, aperture, shutter speed, and ISO also influence visual elements in the photograph: 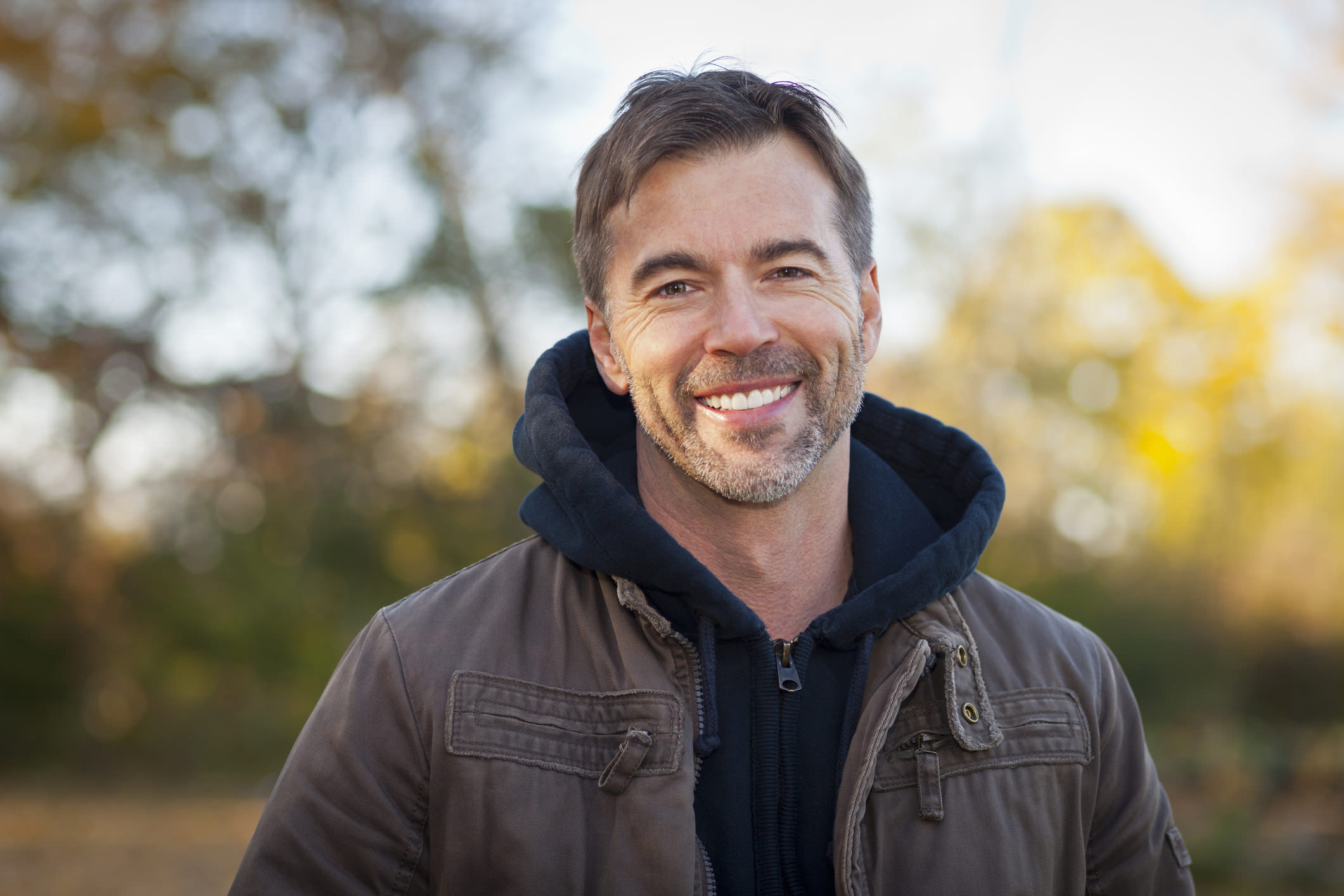 In the image above, you can see how the background is nicely blurred. This is due, in part, to the aperture that was used. A small number, like f/2, will help generate that shallow depth of field.

Editor's Tip: Elevate the quality of your portraits by using a beautiful, professional backdrop as the background. 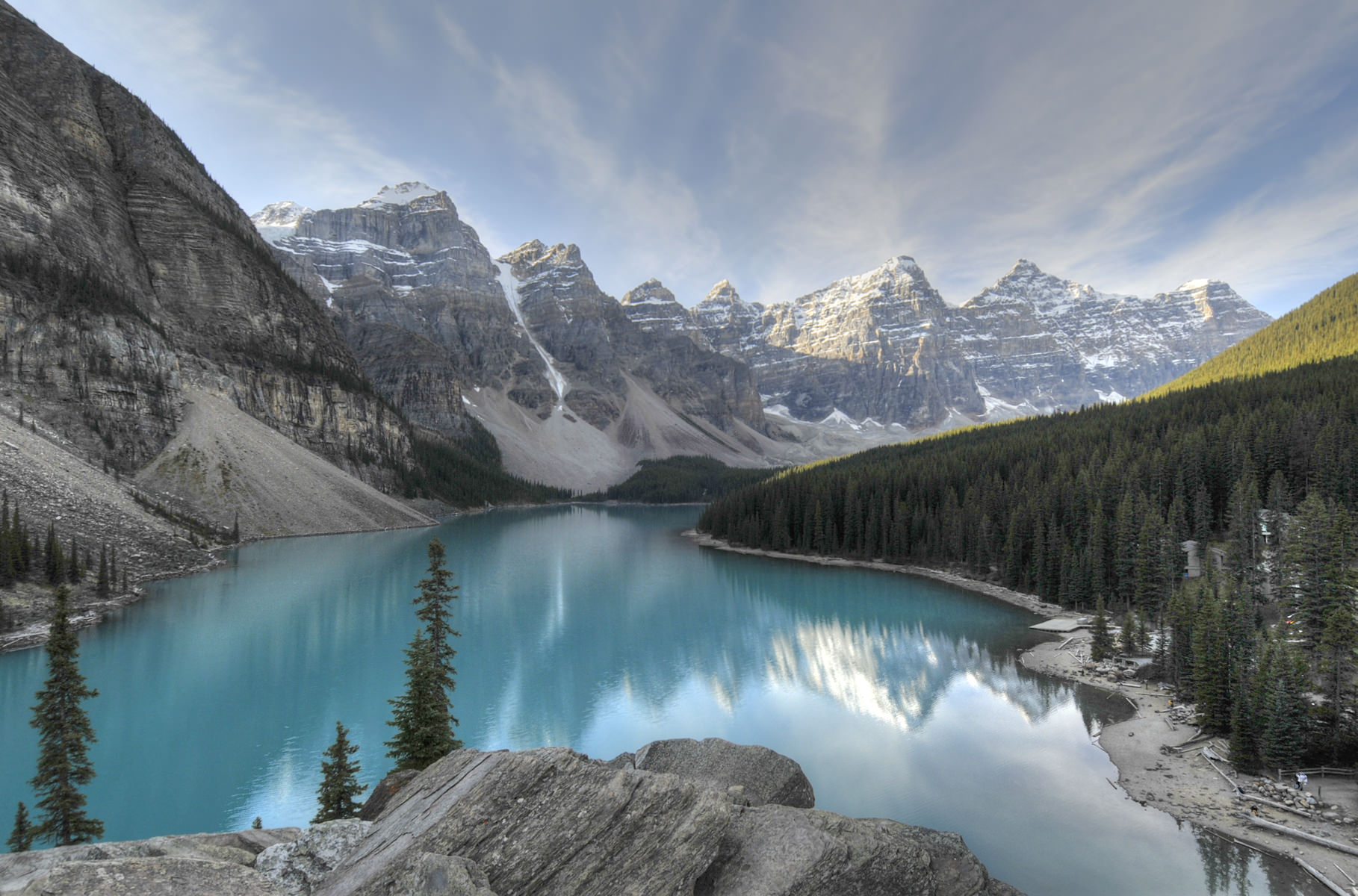 Conversely, a large f-number, like f/16, will generate a much larger depth of field (all else being equal) that's ideal for subjects like landscapes, when you want everything in the shot nice and sharp. 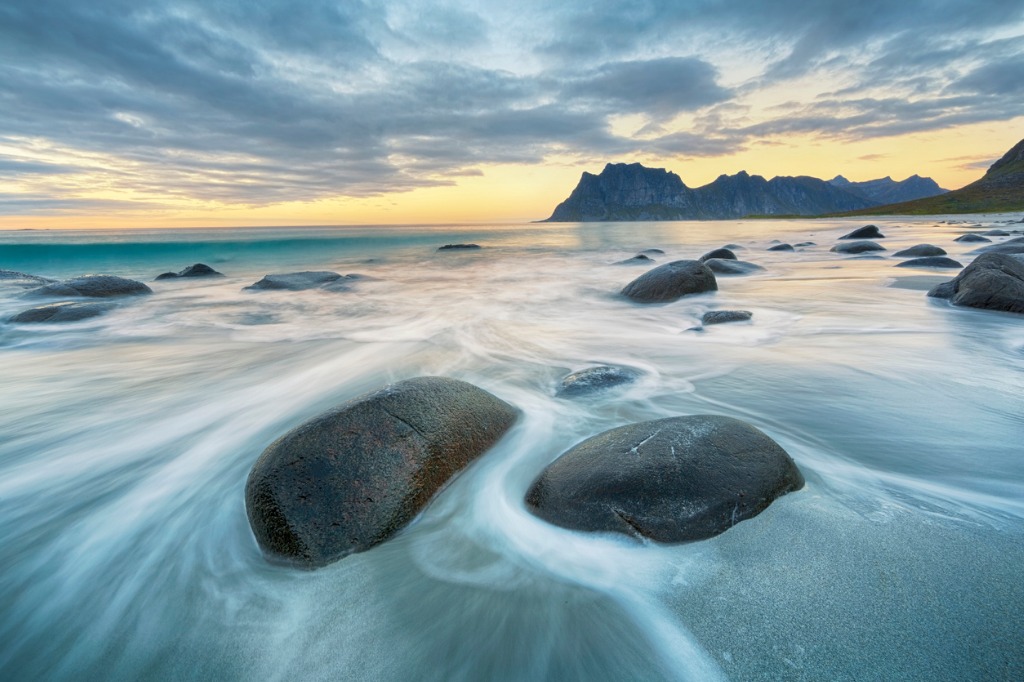 When controlling the appearance of motion, the slower the shutter speed, the more likely the subject is to be blurred.

Naturally, the speed of the moving object will determine the shutter speed that's necessary to induce blur. 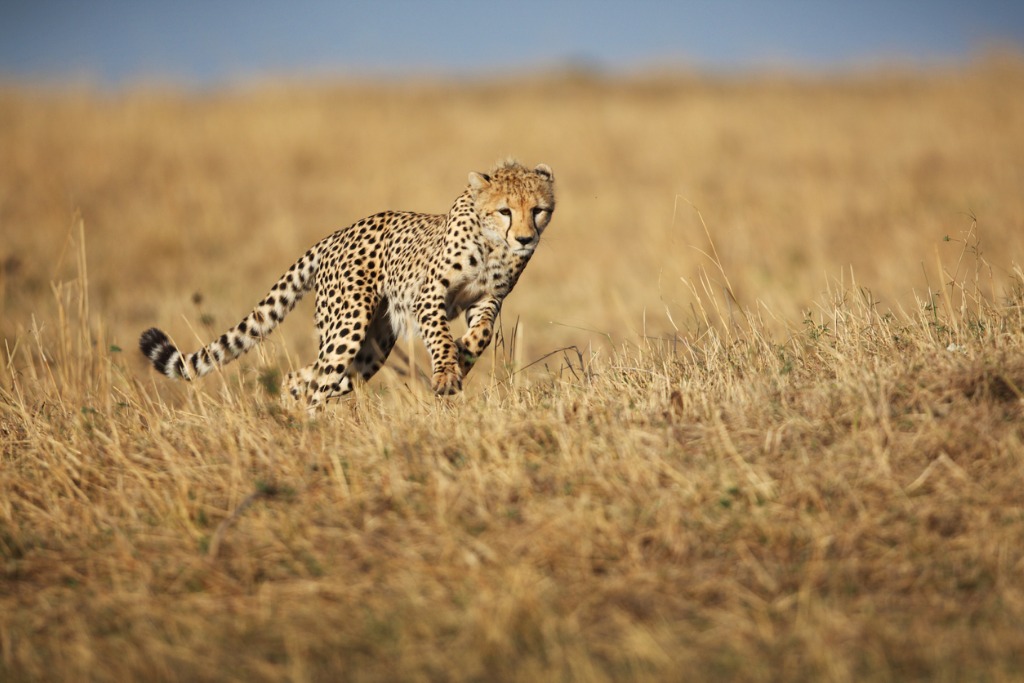 The same holds true for freezing the movement of a subject. 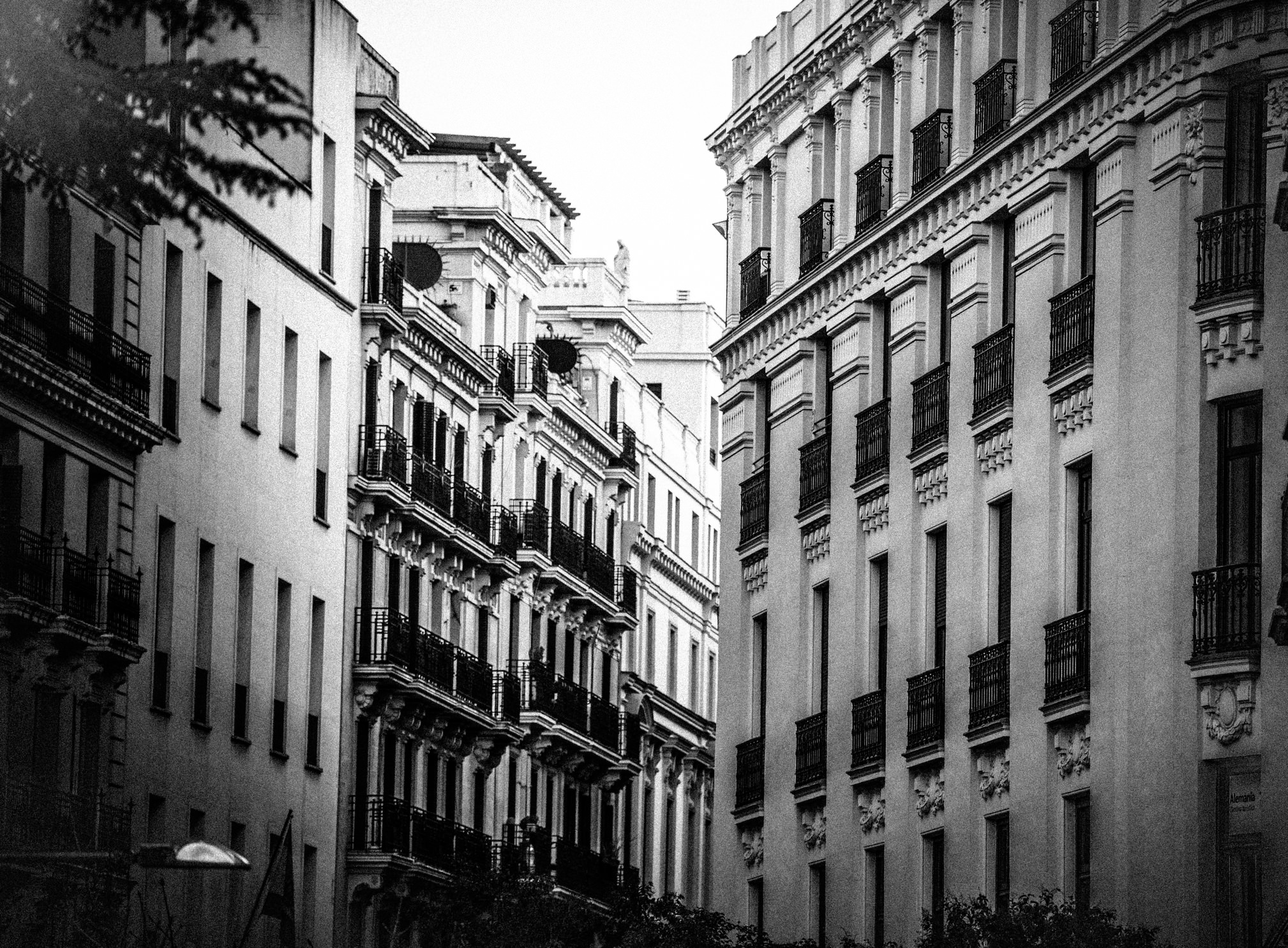 As noted above, when using higher ISO values, there is a greater likelihood that there will be digital noise evident in the shot.

In the image above, you can see that digital noise appears as graininess.

In some cases, this can be used as an artistic effect to give the photo a gritty look.

But in most cases, you want to avoid digital noise so you get a cleaner result.

How Do These Three Exposure Settings Interact? 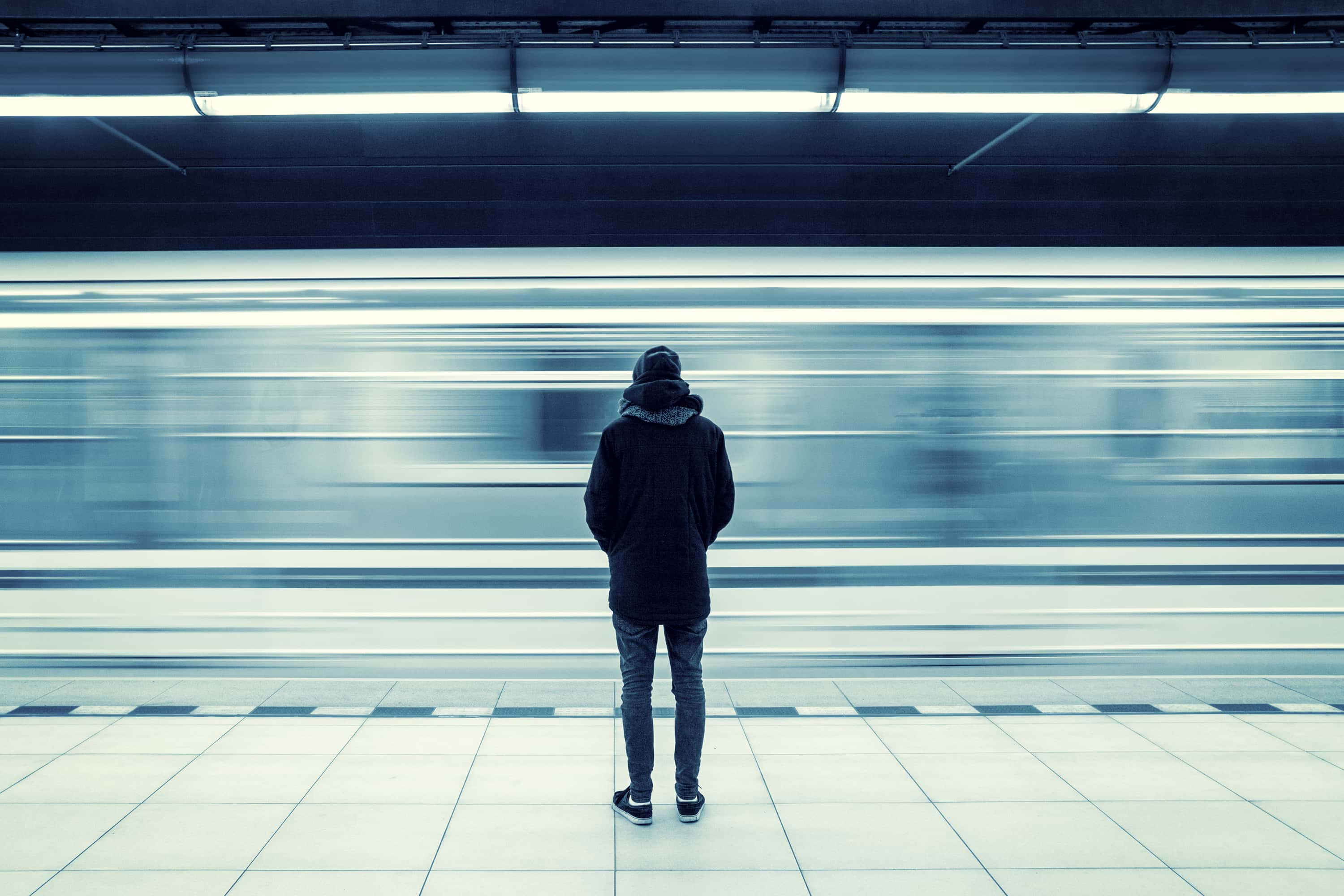 When shooting in full auto mode, the camera does all the adjustments to aperture, shutter speed, and ISO on your behalf.

But when you shoot in manual mode, you are responsible for making those adjustments.

Let's say you're photographing a scene in which you want to freeze motion.

But when you look at the photo, you see that the subject is blurred, like the train in the photo above.

That means you need to increase the shutter speed, say, to 1/200 seconds. 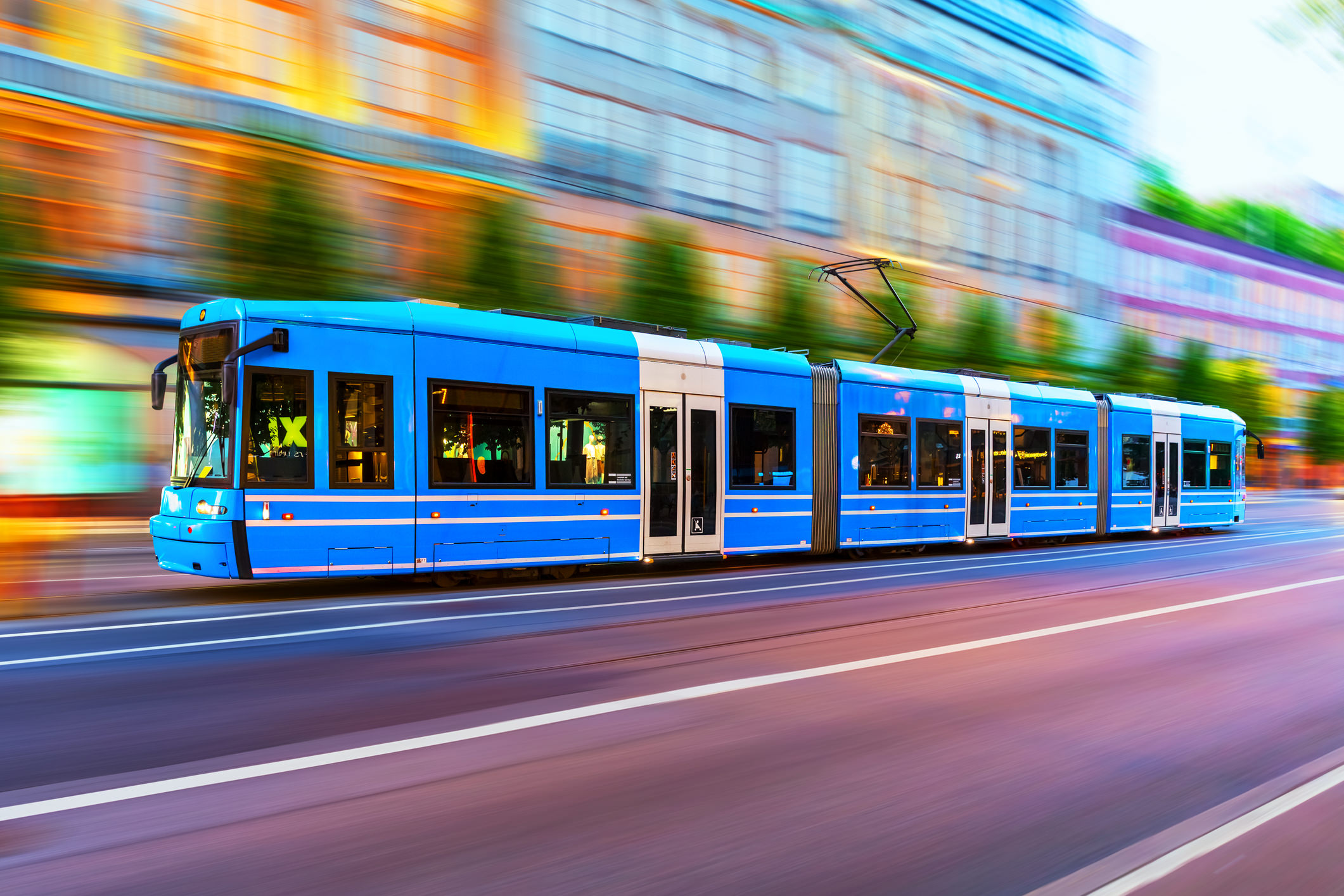 But if you change the shutter speed without adjusting the aperture, the ISO or both, your image might become too dark because you've doubled the speed of the shutter, which halves the amount of light.

So, the solution might be to change the ISO to 200 to make the sensor twice as sensitive to light to compensate for the increased shutter speed.

Or you might change the aperture from f/8 to f/5.6 to brighten up the image.

The point is that these three settings do not operate on their own. Instead, they work as a team to determine the exposure.

Ease Your Way Into Manual Mode 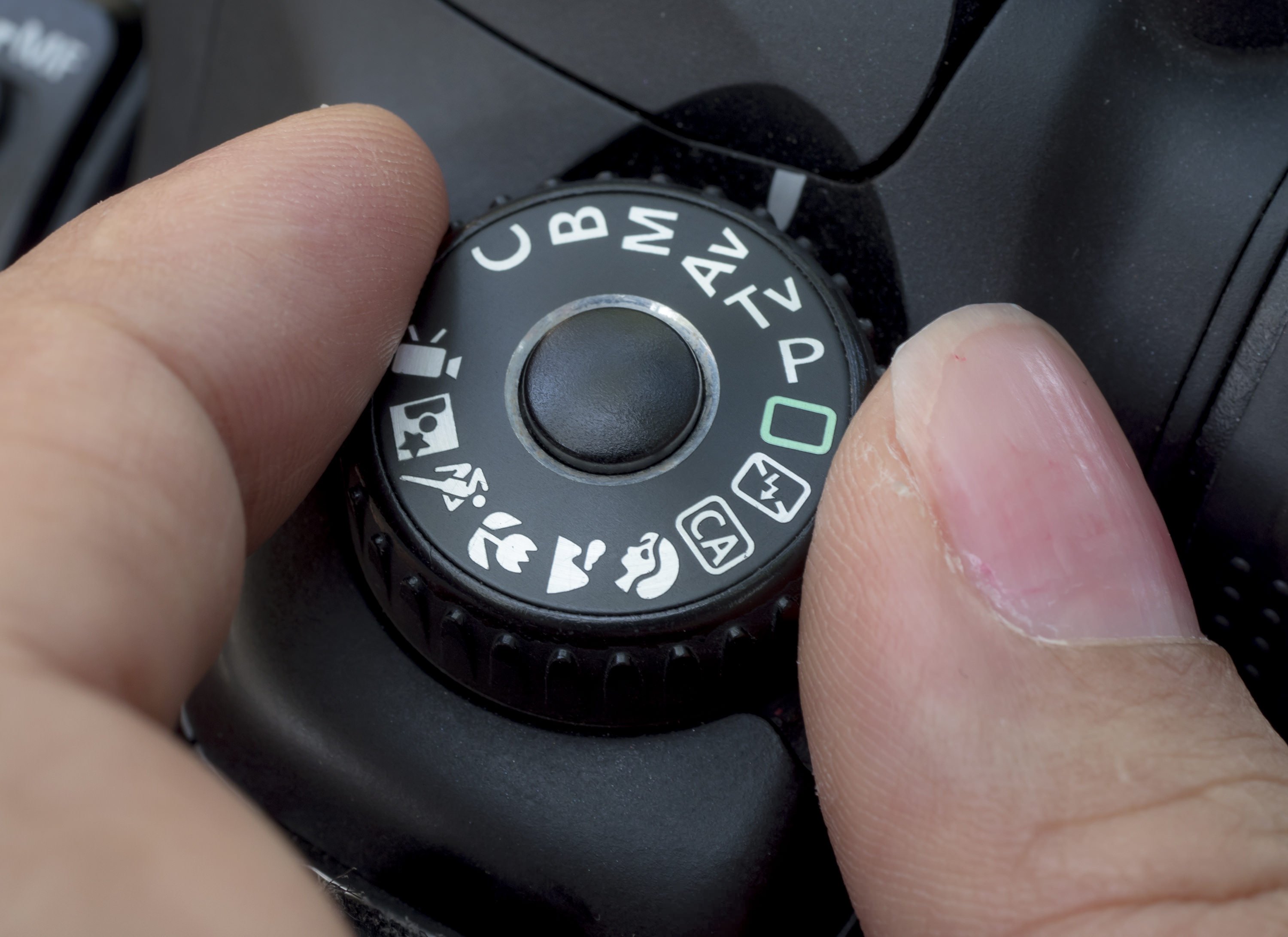 If you ask me, the best way to learn how to shoot in manual mode is to take baby steps.

You can do that by utilizing your camera's semi-automatic modes like aperture priority, shutter priority, and program modes:

In other words, you can take more control over your camera by using one of these modes, but without being responsible for all three exposure settings. 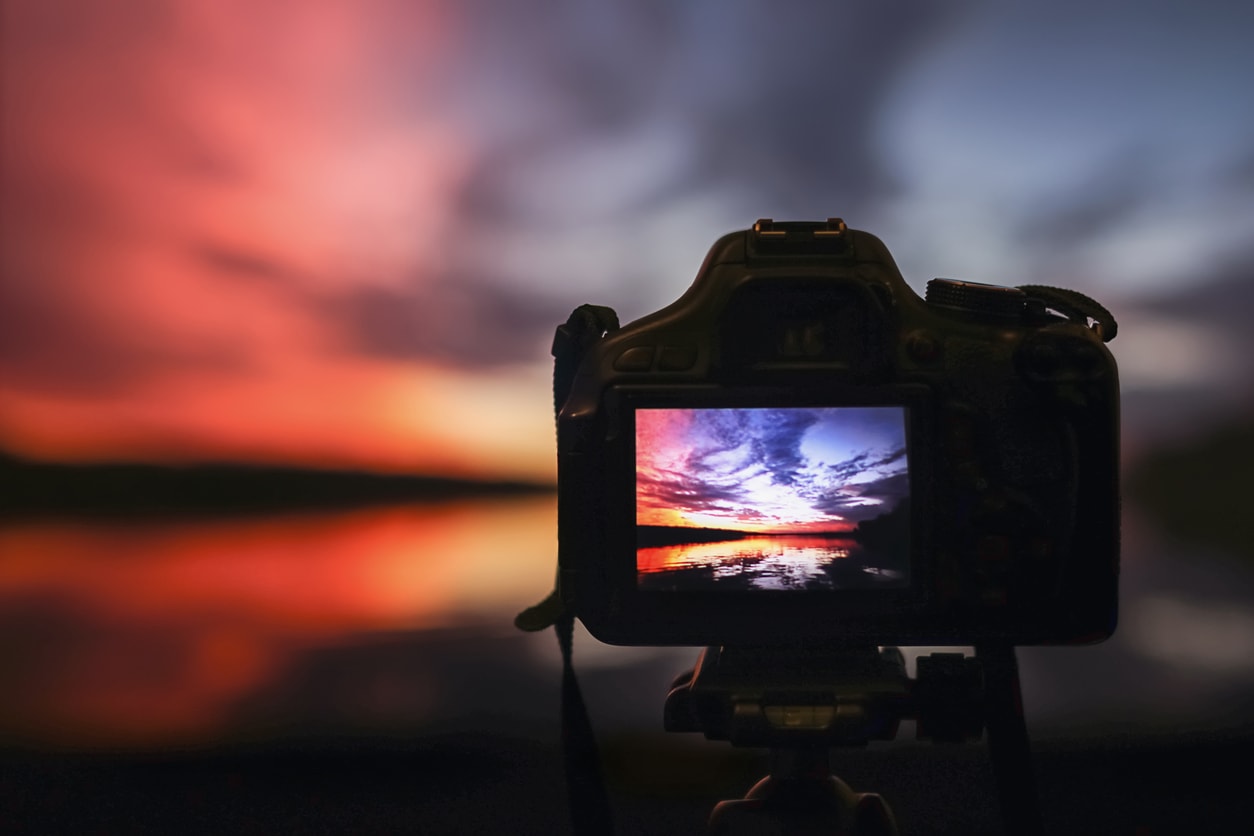 As noted in the introduction, learning how to shoot in manual mode can be a little daunting.

However, if you take the time to learn the different components of shooting in manual mode and take baby steps by shooting in aperture priority, shutter priority or program mode, you'll set yourself up for success.

Be sure to refer back to the video at the beginning of this article for an excellent breakdown of exposure settings. 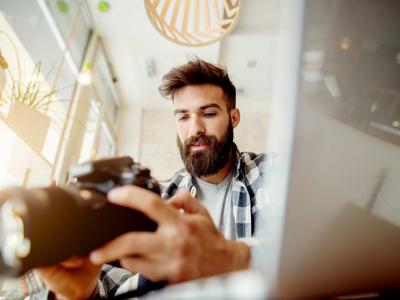 What to Check When Buying a Used Camera 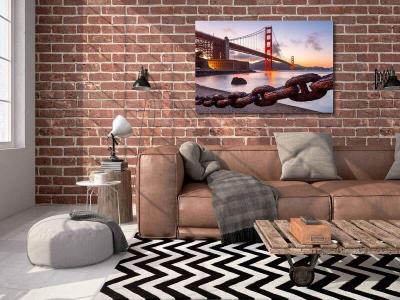 What to Look for in an Acrylic Print 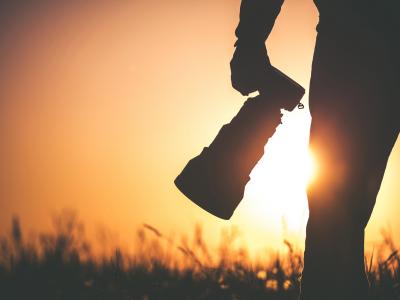 5 Tips for Using a Long Lens