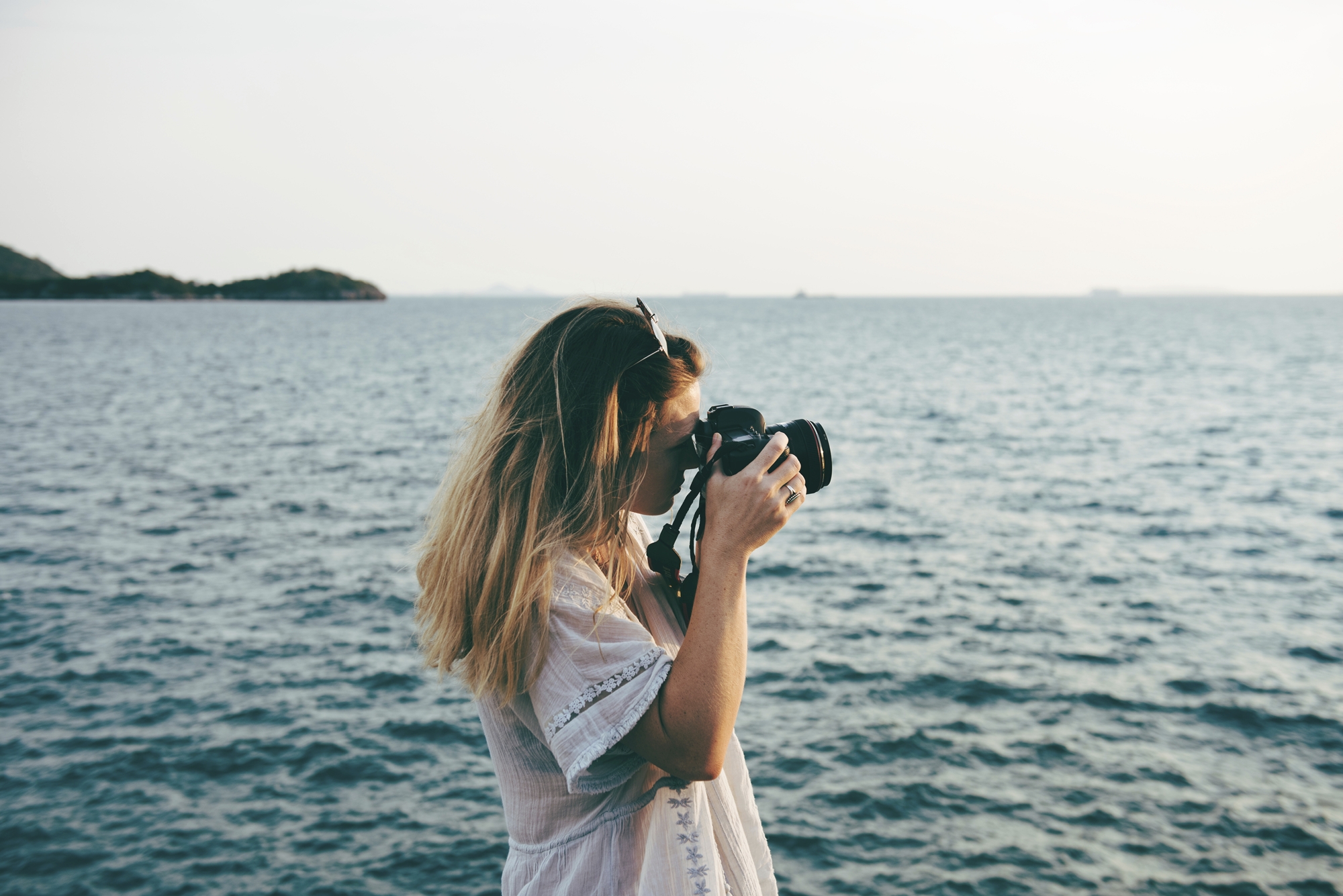 Fortunately, there are many entry-level cameras that are budget-friendly, so if you’re picking up photography for the first time or simply want to upgrade the camera you already have, you can find quality cameras that won’t break the bank.

Below, I offer an overview of three of the best budget cameras for 2019. 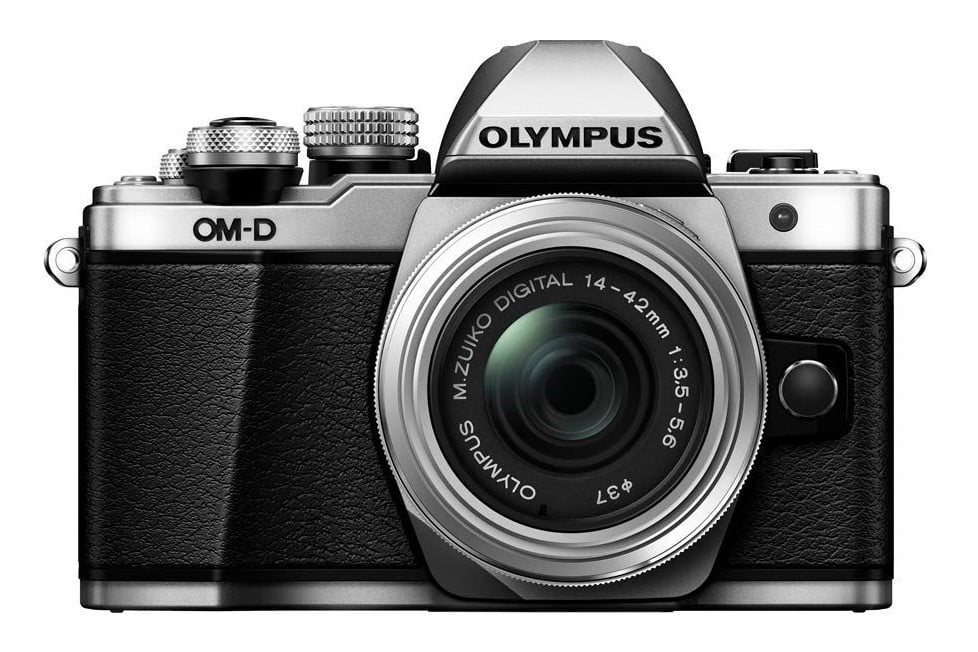 Though the Olympus OM-D E-M10 II looks like a vintage film camera, it’s far from it.

This high-tech little camera is a mirrorless system with a 16.1-megapixel micro four-thirds sensor. Since the camera lacks an internal mirror, it’s quite small, so it’s an easy camera to handle and carry around. 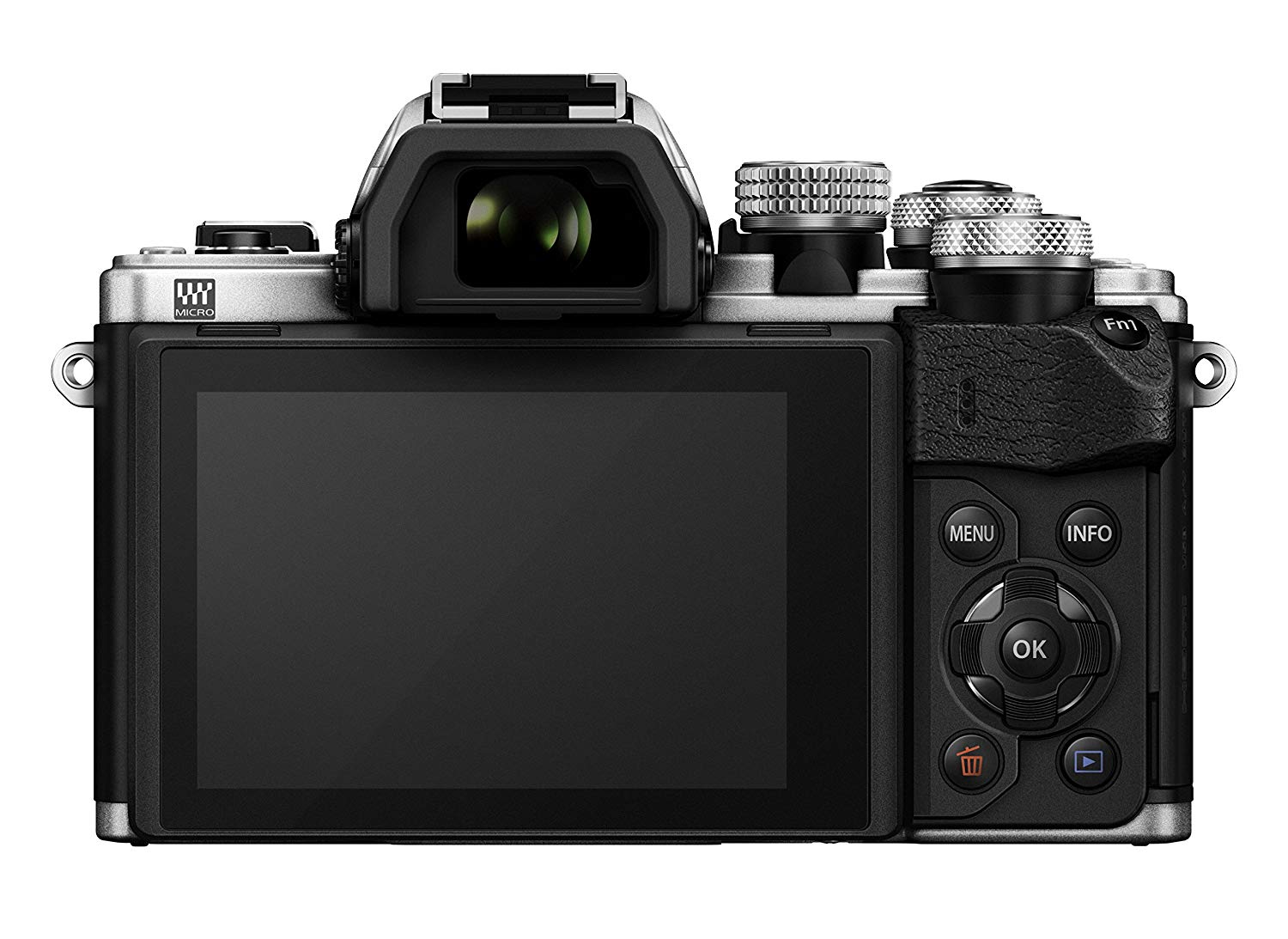 It has a high-definition electronic viewfinder with 2.36-million-dots of resolution for framing up great shots and a three-inch tilting touchscreen LCD for reviewing your images and making adjustments to camera settings.

Better still, the camera has a built-in five-axis image stabilization system that will allow you to get sharper-focused shots when shooting handheld.

This camera fits firmly into the “budget-friendly” category as well. Brand-new, you can pick up the body for $450 on Amazon. If you want to save even more money opt for a used one, which in excellent condition can be found for well under $300.

For more details about this camera, watch the video above by Mathieu Gasquet. 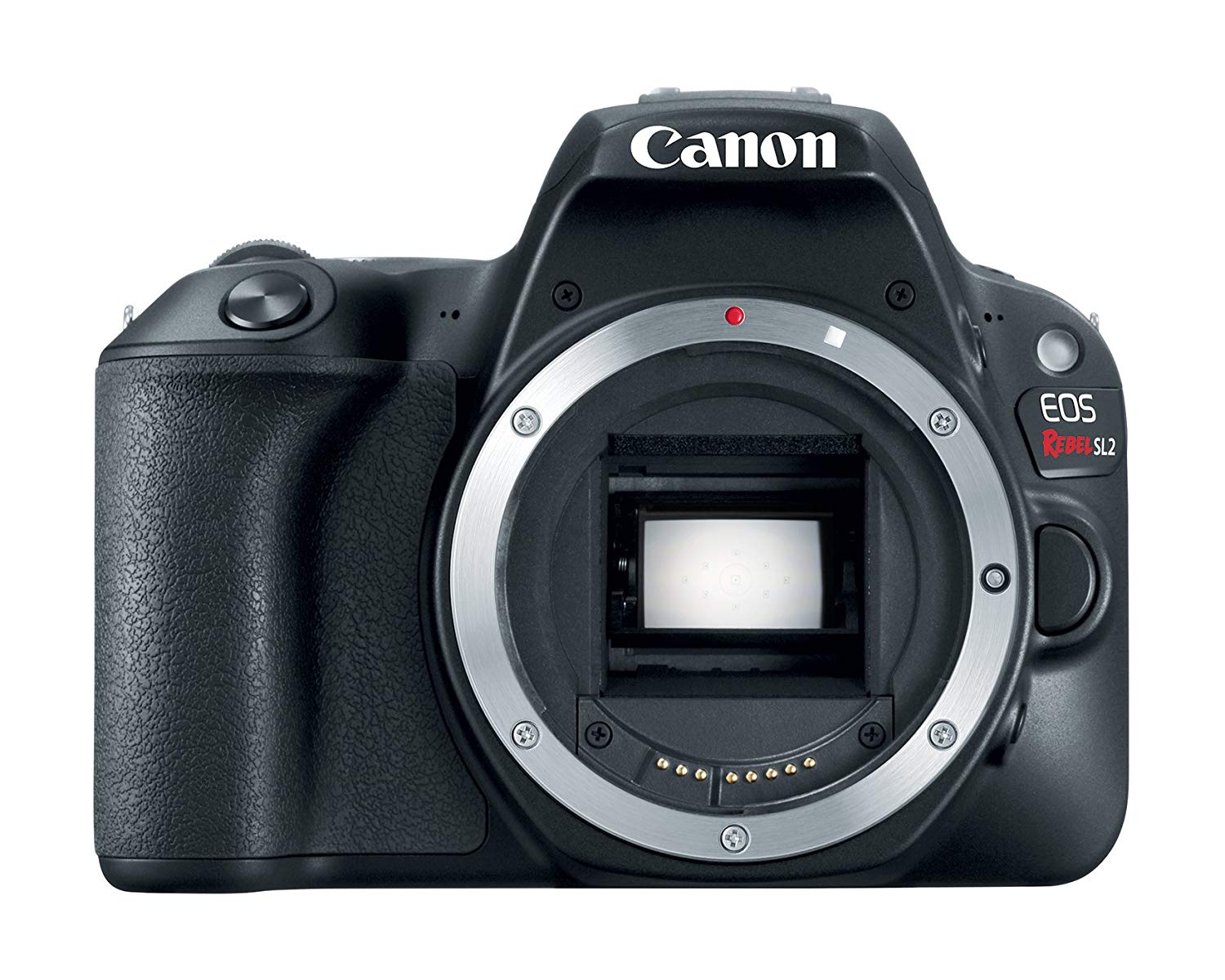 Canon has its own spectacular little budget-friendly camera for beginners in the EOS Rebel SL2.

Unlike the Olympus camera reviewed above, this Canon is a DSLR with a 24.2-megapixel sensor equipped with an optical viewfinder.

There are a couple of things about this camera that make it great for new photographers.

First, it’s tiny - one of the smallest DSLRs on the market - so you don’t feel as though you’re lugging around a big, heavy camera. 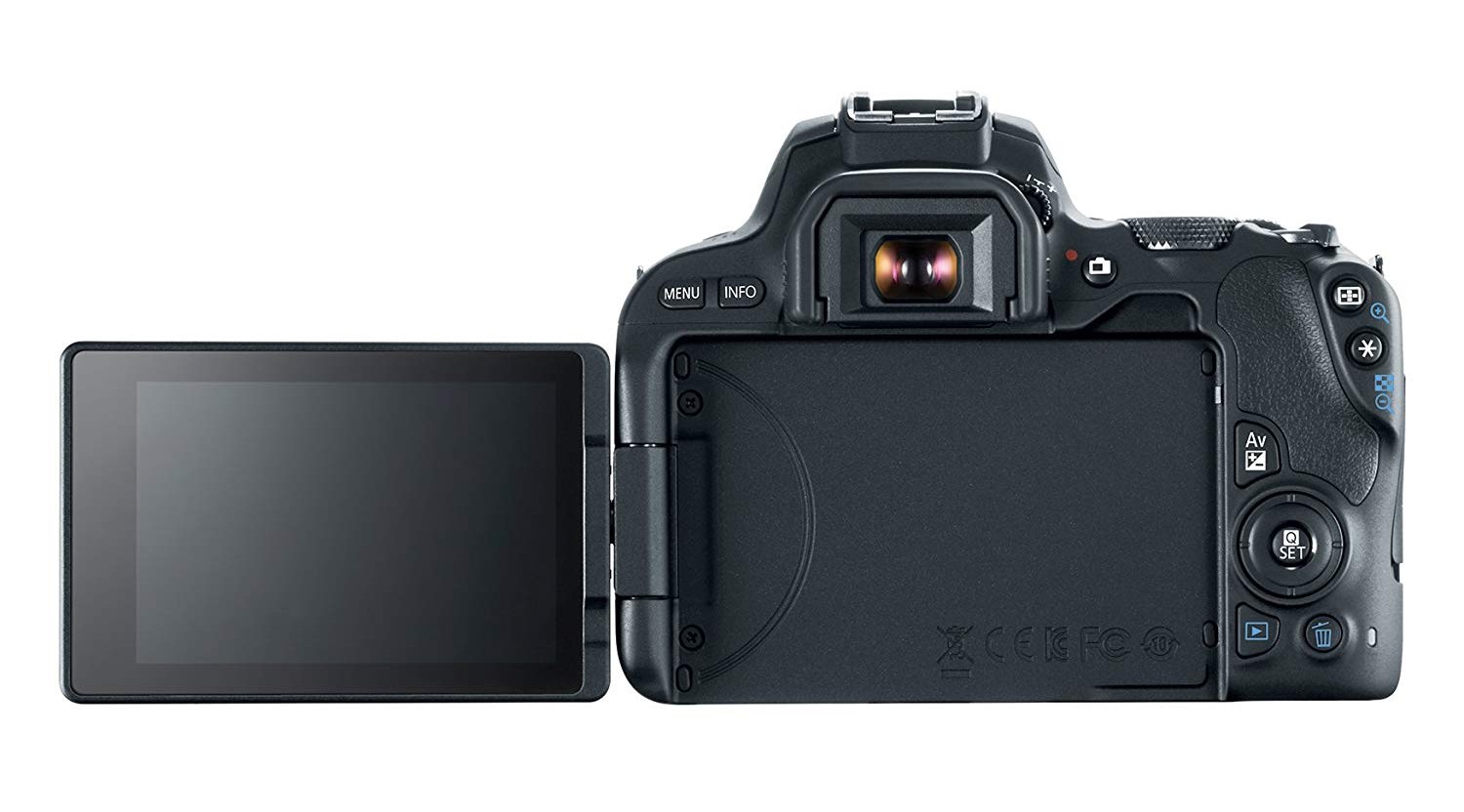 Second, the camera is equipped with Canon’s superb Dual Pixel CMOS autofocus system, which is both fast and accurate and rivals the performance of mirrorless cameras in terms of speed.

The SL2 features a flip-out LCD with 1.04-million-dots of resolution, so it isn’t the most resolute LCD. However, it does have touchscreen capabilities, which makes it handy for scrolling through images and making quick changes to the camera’s settings.

Other goodies include a DIGIC 7 image processor for fast performance, NFC, Bluetooth, and Wi-Fi. Though it doesn’t have 4K video recording, you can record in full HD and get improved sound by attaching a microphone to the camera.

Best of all, a new Canon EOS Rebel SL2 is $500 on Amazon for the body. Again, if you buy used, you can save even more money - perhaps enough to buy a lens to go with it!

Learn more about this great little camera in the video review above by Think Media. 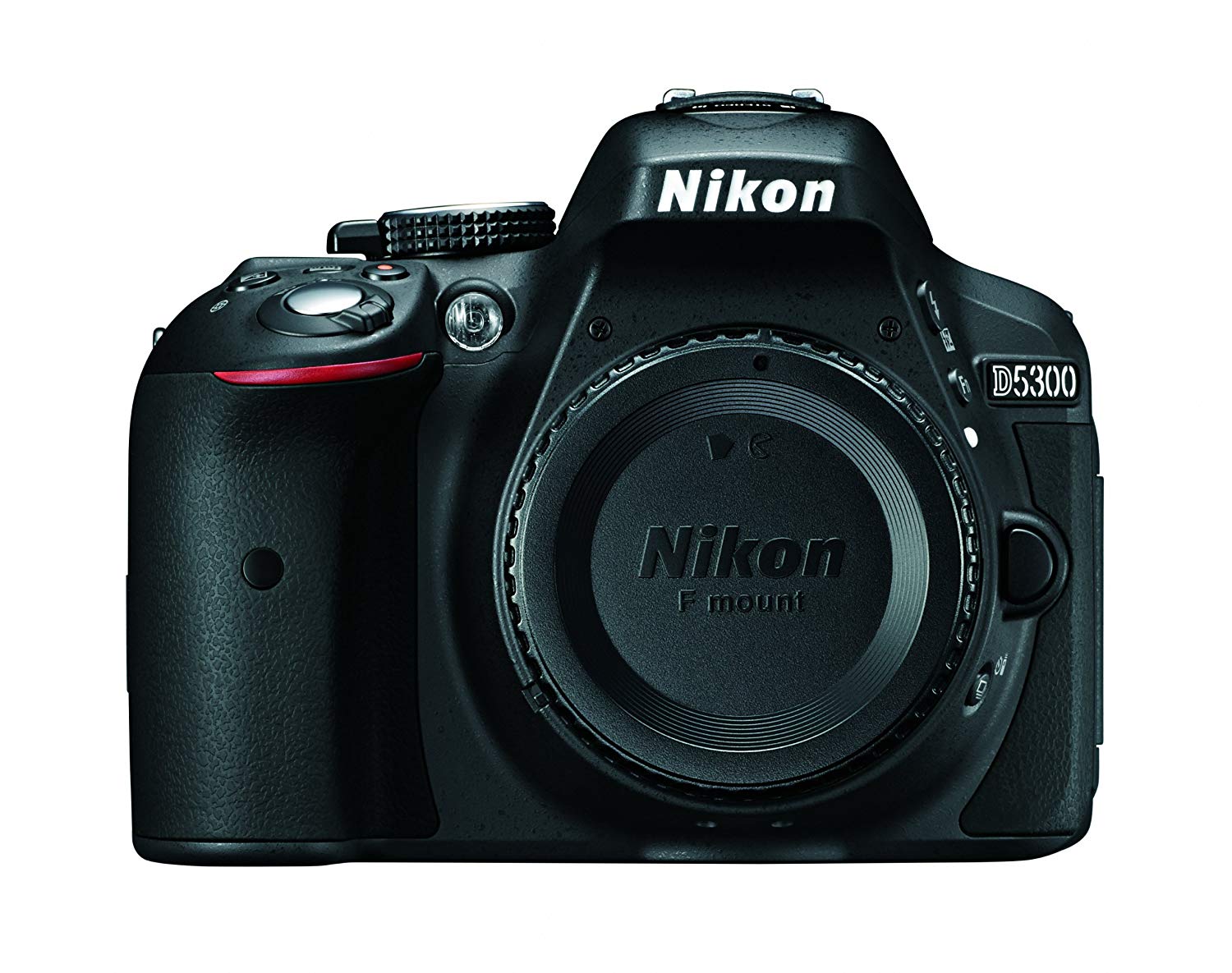 Another oldie-but-a-goodie option is the Nikon D5300. Though it’s a few years old like the other cameras on this list, it still has excellent features, especially for budget-minded beginner photographers.

Like the Canon described above, this Nikon is a DSLR with a 24.2-megapixel sensor. It offers 1080p video resolution, continuous shooting at 5fps, and it lacks a low-pass filter, which means images are cleaner and crisper. 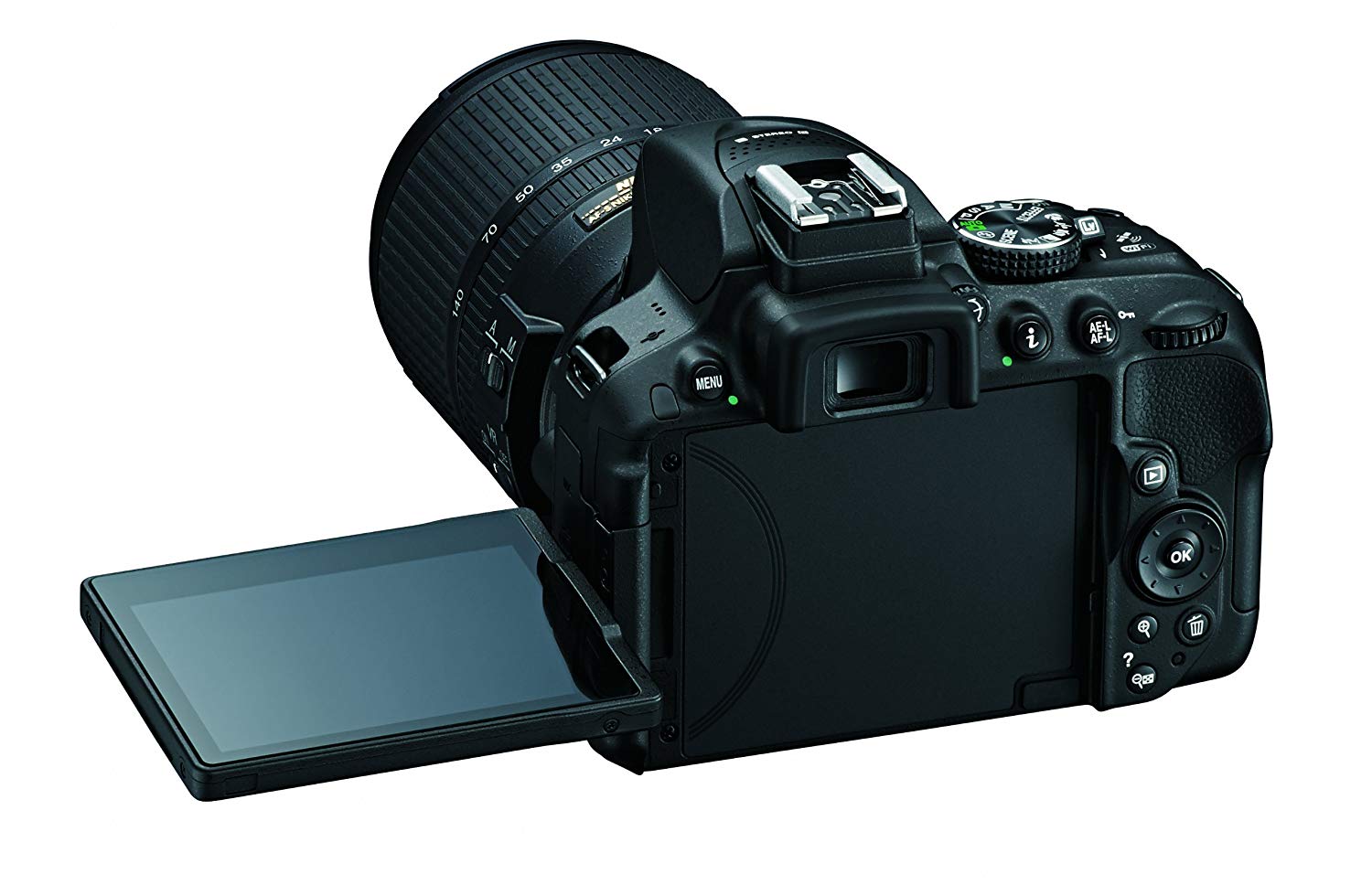 One of the D5300’s best features is its giant 3.2-inch LCD screen with 1.037-million-dots of resolution. Again, this isn’t the most resolute LCD out there, but what it lacks in resolution it makes up for in size. It also articulates, but it does not have touchscreen capabilities.

Also of note is the 39-point autofocus system on this camera. Though it can’t match the 81 points offered by the Olympus, it’s far better than what the Canon offers with just 9 autofocus points. More autofocus points means improved accuracy and sharpness.

Of course, budget is a big factor, and this camera delivers. It’s the cheapest of the three cameras on this list at less than $370 for the body on Amazon. A used Nikon D5300 body can be found for around $300.

Get all the details on this camera in the video above by PhotoRec TV.

Really, no matter which direction you go - Olympus, Canon, or Nikon - these cameras are feature-rich, easy to use, and offer good performance for beginners. And, if you shop the right stores, you can find great used deals on all of these cameras. In fact, read this MPB review to learn why MPB is a top choice for buying used cameras for so many photographers.

Real Estate Photography - A Beginner's Guide for Getting Started

In this Canon EOS 1DX review, learn what features and functionalities this 9-year-old camera has that still makes it a great buy in 2020.