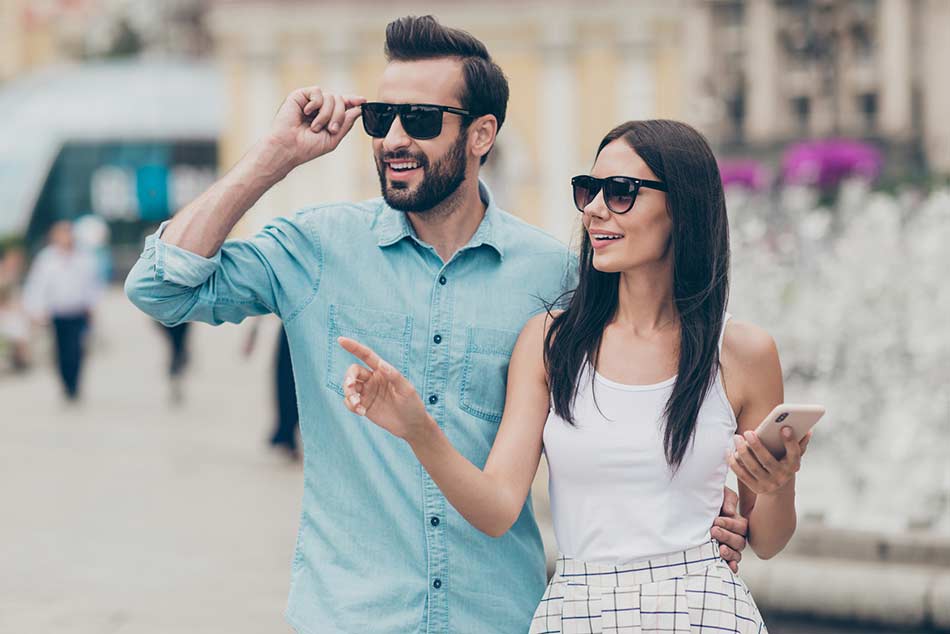 photo by Deagreez via iStock

The company is pairing up with Ray Ban to create its version of the Google Glass, which it hopes will replace phones in the next 5 years.

And while augmented reality glasses are still a few years away for the everyday consumer, camera glasses are here now, they’re inexpensive, and they generally shoot images and videos.

Granted, you may not be able to film your next scuba dive with JOYCAM sunglasses, but you can wear them on your next family vacation to capture moments you’d otherwise miss.

In anticipation of the year when nobody needs their phones anymore, we’ve lined up some cheap, practical video sunglasses you can use in the meantime. 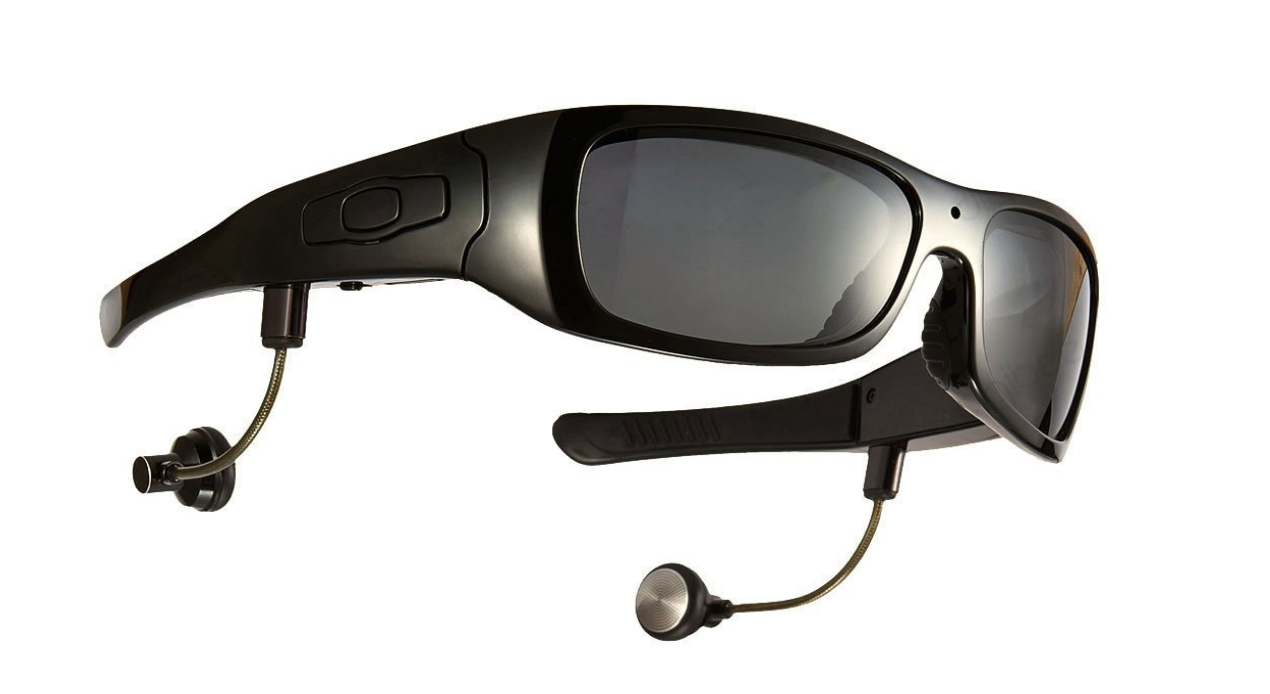 The best part about the JOYCAM, aside from the cheap price, is the aesthetics. While some of the best camera glasses on this list are a bit ostentatious, this pair is very under-the-radar. If I saw someone wearing these from a few feet away, I probably wouldn’t know they were video recording glasses.

Aside from being able to record 1280x720HD video in AVI format with these, you can also take calls via Bluetooth.

The battery is built-in and rechargeable, and you get a full 2.5 hours of recording, or 10 hours of music/calls, out of just one charge.

Finally, the lenses are polarized to help protect your eyes from harmful UV rays. 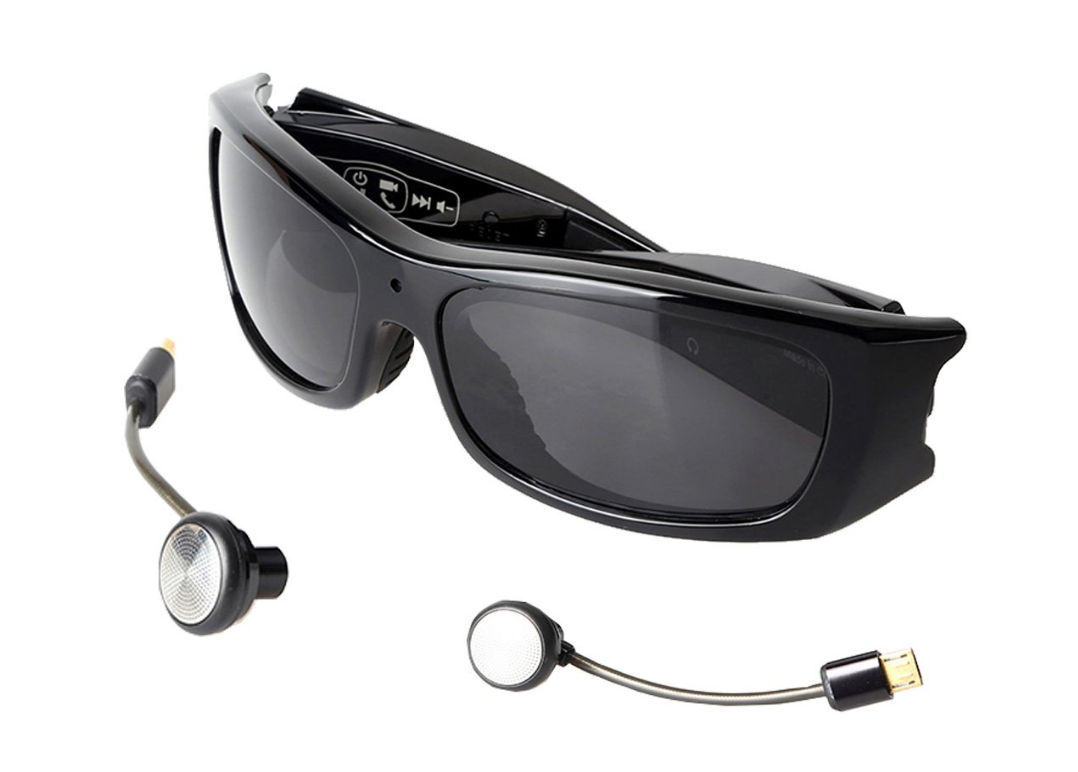 Pros of the JOYCAM video sunglasses:

Cons of the JOYCAM video sunglasses:

The JOYCAM Bluetooth 720P Camera Video Recording Sunglasses is available on Amazon for $59.99. 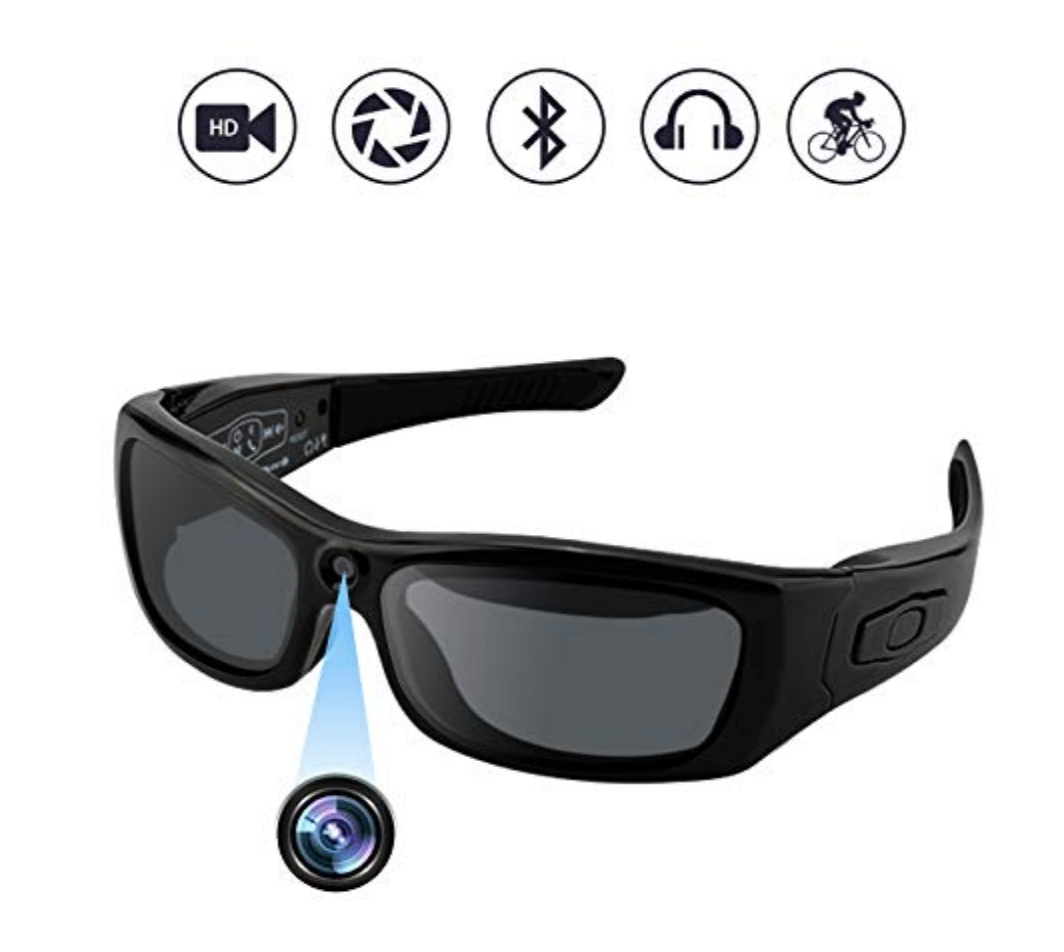 Now, the CAMAKT Bluetooth glasses weakness is pretty hard to hide, the camera is incredibly visible.

But, this negative in looks is also a positive for the video quality. You can record hi-def 1920x1080 resolution video with them.

These camera glasses also have 2592x1944 resolution for photos, which are available in JPG format.

The video capabilities of this camera are also impressive. It can record for a full 3 hours. 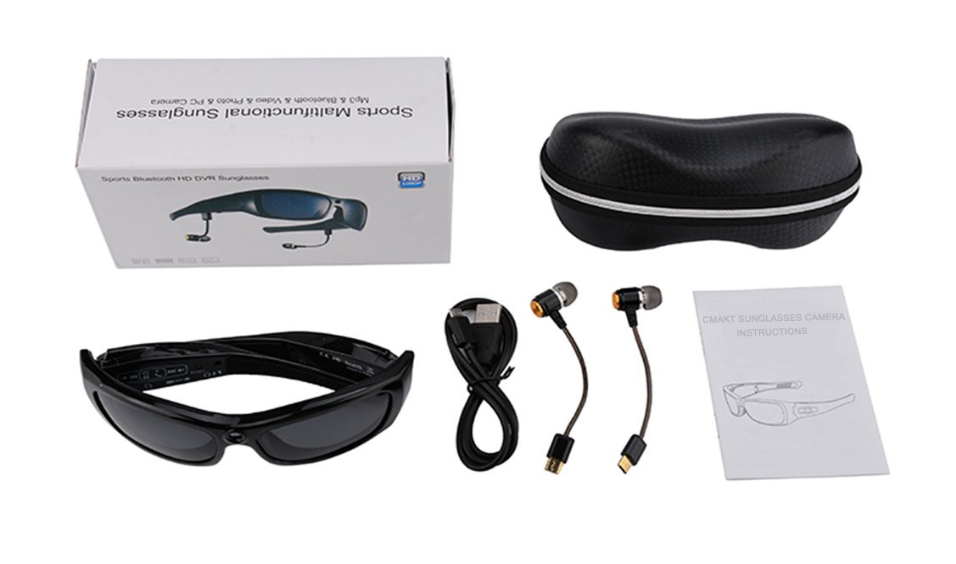 Pros of the CAMAKT video sunglasses:

Cons of the CAMAKT video sunglasses:

The CAMAKT Bluetooth Glasses is available on Amazon for only $59.99. 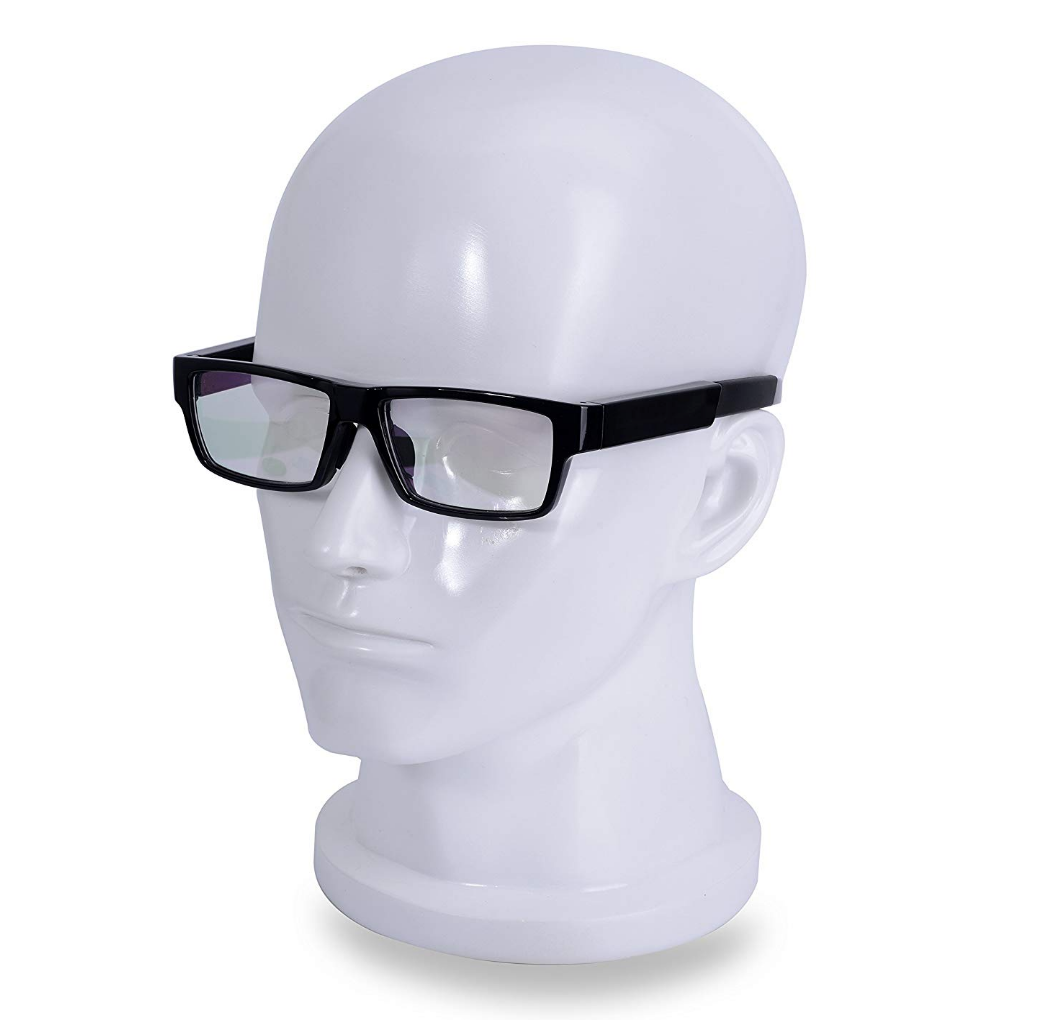 Depending upon your job, I can see me never realizing these are video recording glasses. The camera is very small, and they appear to be the type of plastic, thick-rim glasses that are all the rage nowadays anyway.

You also get a 120-degree wide-angle view with ViView video recording glasses, which is incredible for the price.

These camera glasses can also run for 2 full hours on one charge and come with WiFi connectivity.

My favorite quality about these camera glasses, though, is that you don’t need any software to record video on them because you can install an app and livestream directly to it.

They are also especially sneaky since you don’t need to press any buttons to begin recording. These video recording glasses work like a touch screen.

Pros of the ViView video sunglasses:

Cons of the ViView video sunglasses:

The ViView Newest G50-A WiFi glasses is available on Amazon for $60.99. 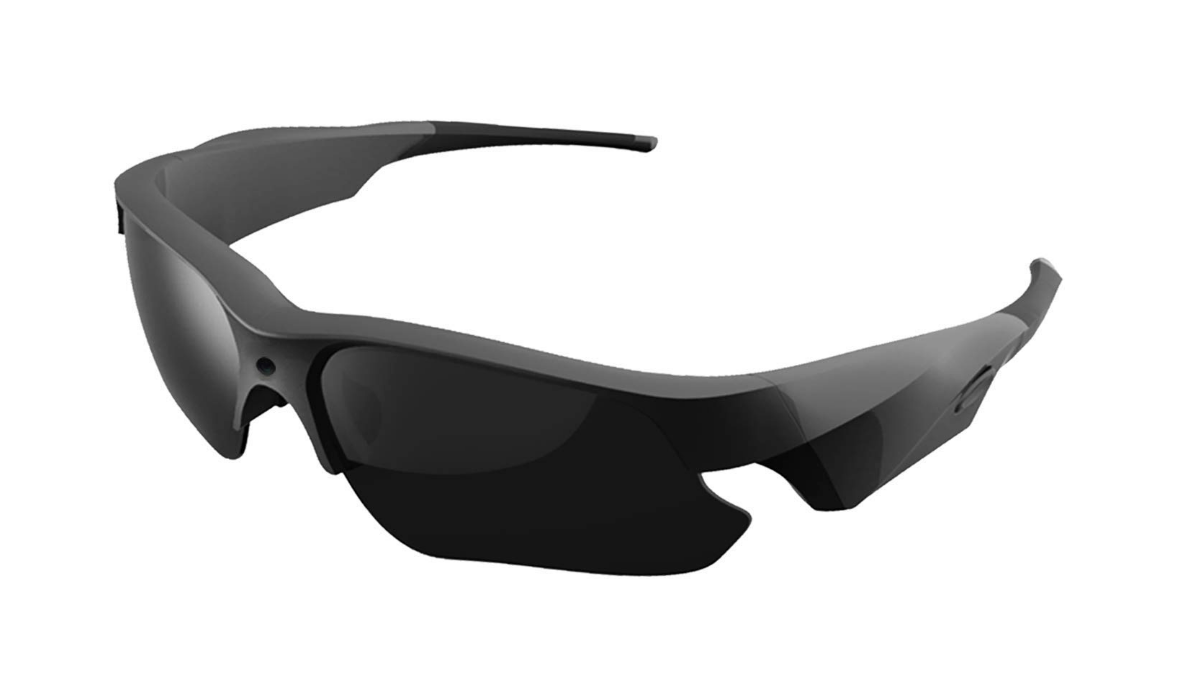 The best quality about KAMRE’s Full HD video sunglasses is its durability, which makes it optimal for the outdoorsman.

The glasses are crafted from rubber, so you can bounce them around a bit with no consequences.

They have a 65-degree wide angle view and are polarized to protect you while you fish, hunt, cycle or travel. 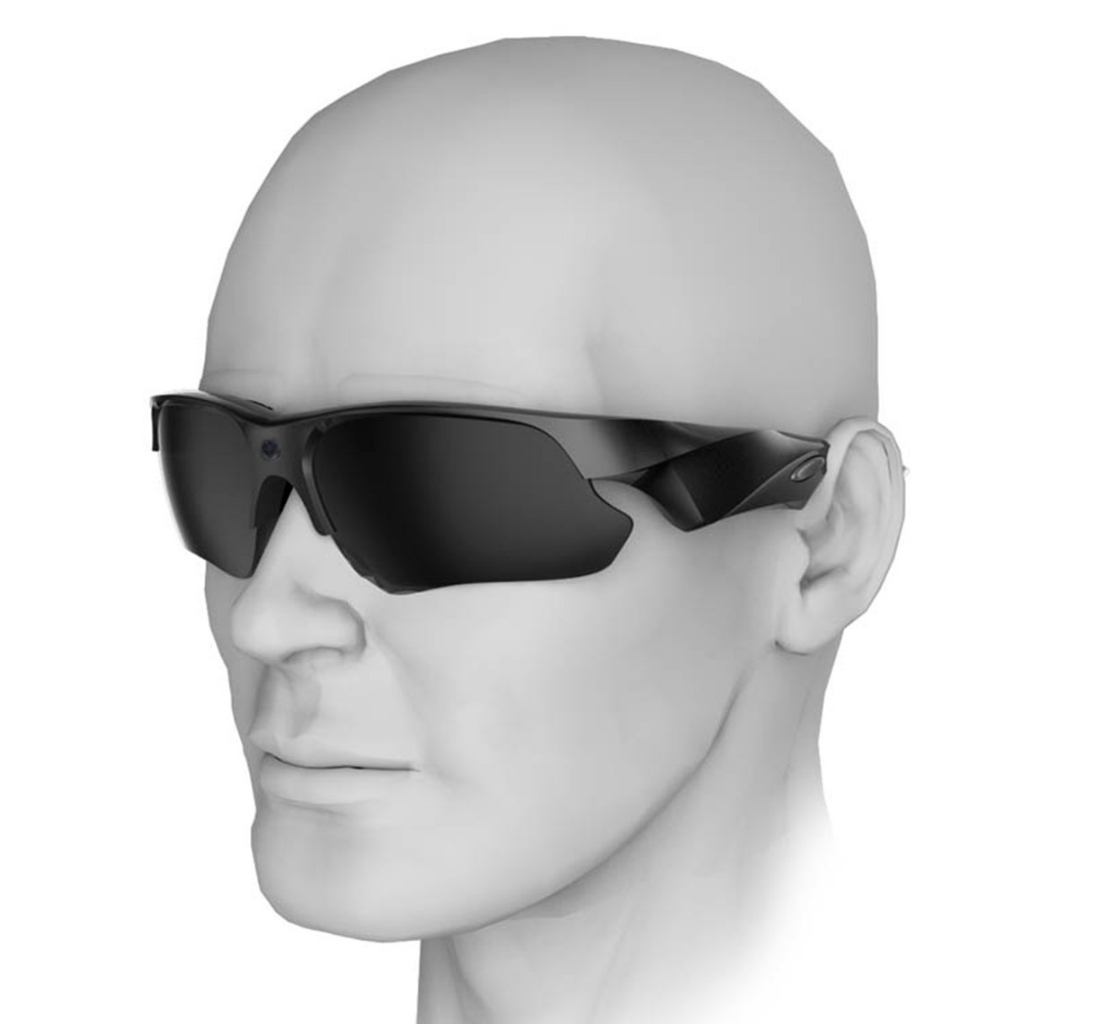 Pros of the KAMRE video sunglasses:

Cons of the KAMRE video sunglasses: 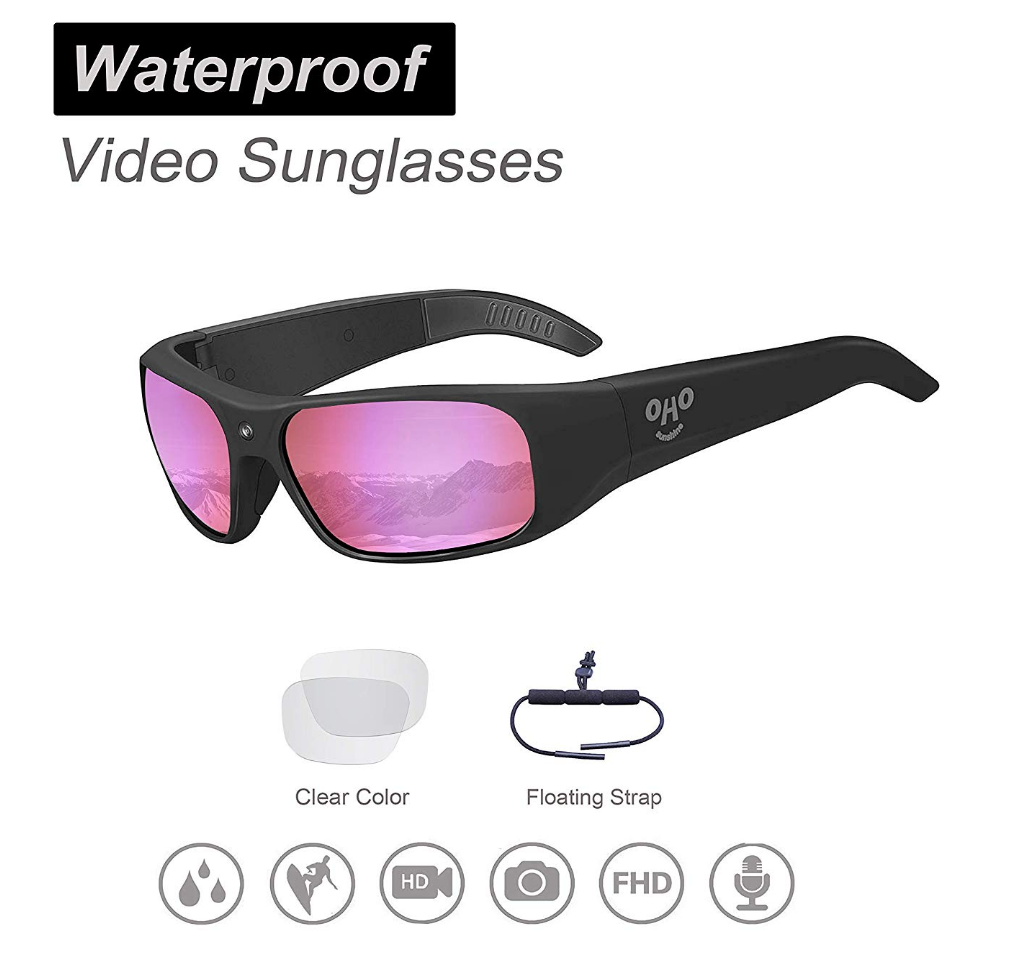 I believe the OHO video recording glasses are one of only two on this list that can be used by both men and women. Some of these glasses are so chunky they would look odd on a woman’s smaller-framed face.

These video recording glasses are also waterproof. Plus, they come with a floating head wrap so you can take them out on the lake, the ocean, or anywhere you might get wet.

The frames also vibrate to let you know when you start and stop recording, so there’s no need to mess with an annoying indication light.

These glasses also come with interchangeable lenses, one in rose, silver and smoke.

The OHO Sunshine Video Sunglasses is available on Amazon for $113. 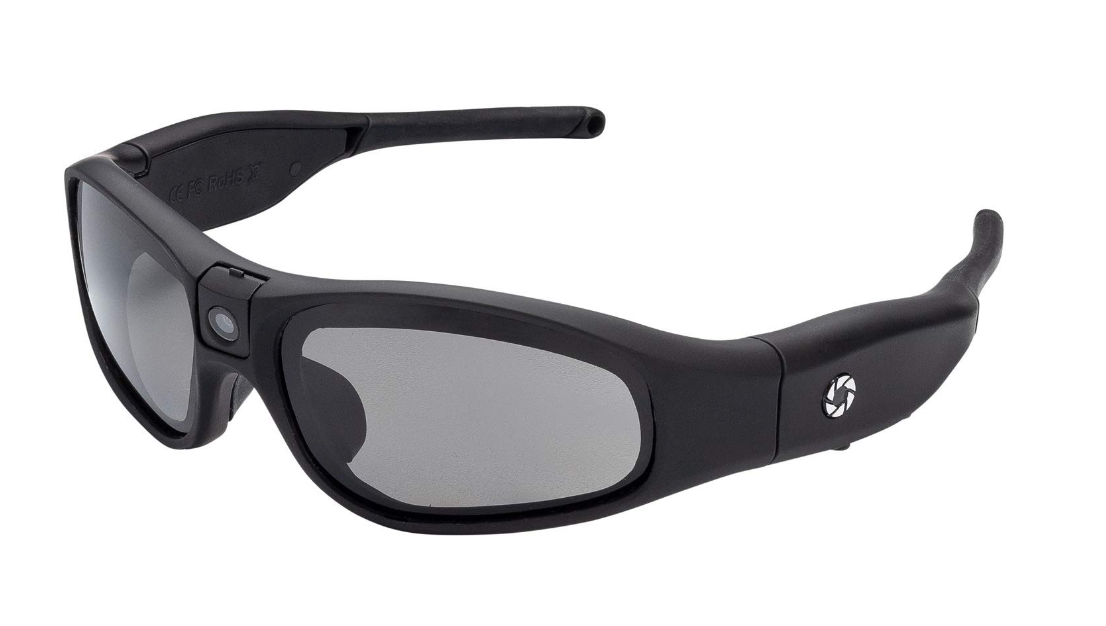 Finally, we have our most expensive camera glasses hd, the iVUE Rincon.

What these glasses like in style, they make up for in camera capabilities.

These can record 1080p resolution at 60fps with a 110-degree wide-angle lens.

It has built-in WiFi and comes with instructions for a mobile app for both Android and iOS. The app allows you to change your video and camera settings, and send photos and videos directly to your social media accounts.

The audio on these camera glasses isn’t too shabby either. 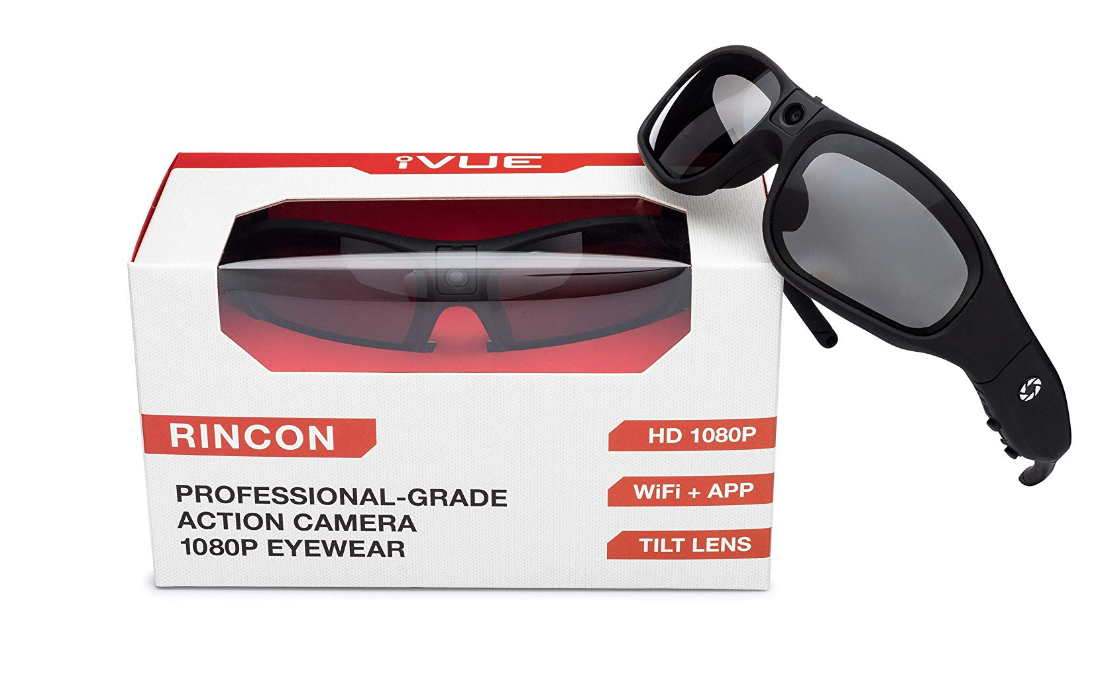 The iVUE Rincon is available on Amazon for $169.