This week in PT360 we check out the #filmisnotdead movement and examine where the future of digital photography is headed (hint: Apple has something to do with it). We also preview a couple of high profile photography events in a new section entitled Industry Events. There’s another new feature this week as well, called The Lighter Side of Photography, which, in this edition, dives into some of the mishaps of photographing newborn babies. And, as always, we’ve got news from around the photography world, a great photo of the week, and a hot new rumor from Leica!

Mirrorless Rumors has a beat on a new Leica camera set to come out next month. 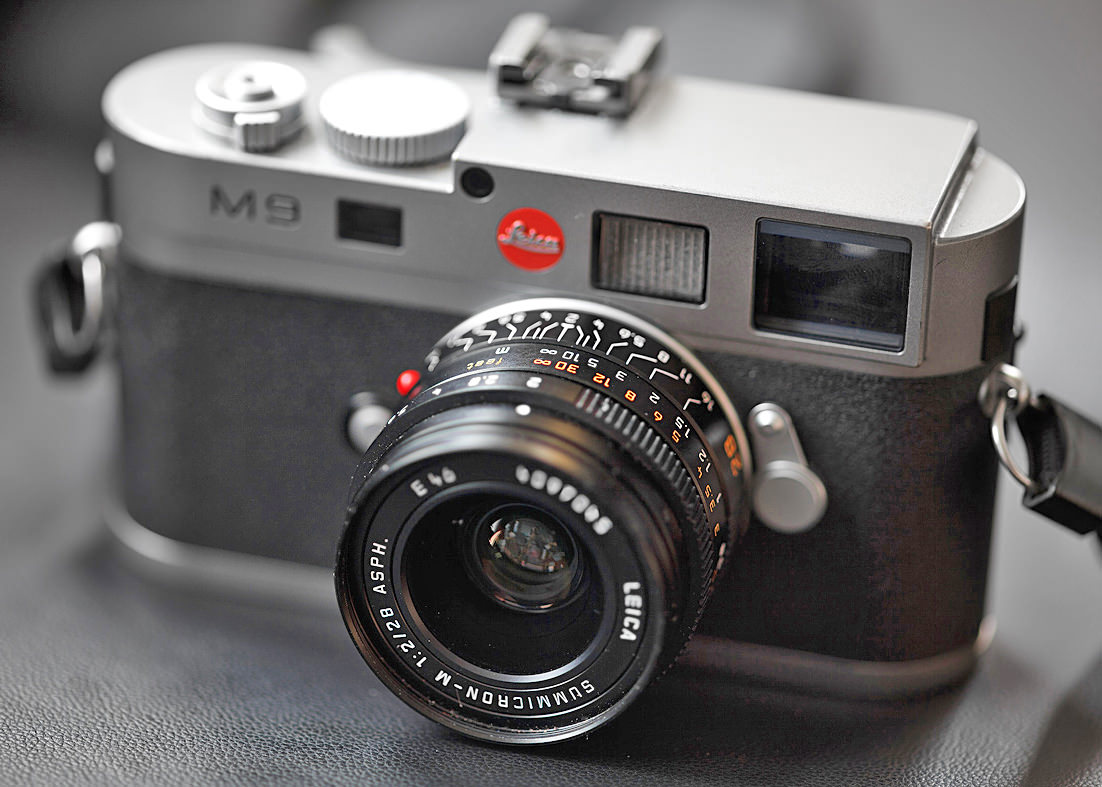 The camera will be a newer version of the popular Q and M lines, but will be a new product, not a replacement. The new system will be slightly larger than the current Q and M cameras, but will actually weigh less, despite the bulk.

The discussion of this exciting new camera line revolves around the addition of interchangeable AF lenses. The rumor is that the camera will come out of the box with a 50mm f/2 Summicron lens. Other goodies include an electronic shutter, body image stabilization, and built-in high-resolution EVF.

Pricing for the camera and 50mm lens combination should be in the neighborhood of $8,000.

If you’re looking for a photography love fest with lots of cool new gear, master classes, photo walks, and more, PhotoPlus is the conference for you.

There are more than 200 photography-related manufacturers and service providers expected at the expo, where they will show off their latest and greatest products. If you’re in the mood to buy new gear, vendors will have special discounts on their technology, or if you want to go with the luck of the draw, many vendors will have raffles for some great photography prizes.

The four-day conference boasts a number of master classes, keynote speakers, seminars, and portfolio reviews that give participants the opportunity to work with and learn from some of the best photographers in the game. There will be some networking opportunities, expert panels, and special events over the course of the conference as well.

There will also be 20 photo walks with iconic photographers, each that highlight a different type of photography, from street scenes to headshots to architectural photography.

PhotoPlus will be held at the Javits Convention Center in New York City October 21-24, 2015. More details about the conference are available from PhotoPlus.

Each month, The Guardian, challenges its readers to participate in a photo competition. This month’s contest revolves around the theme of solitude. 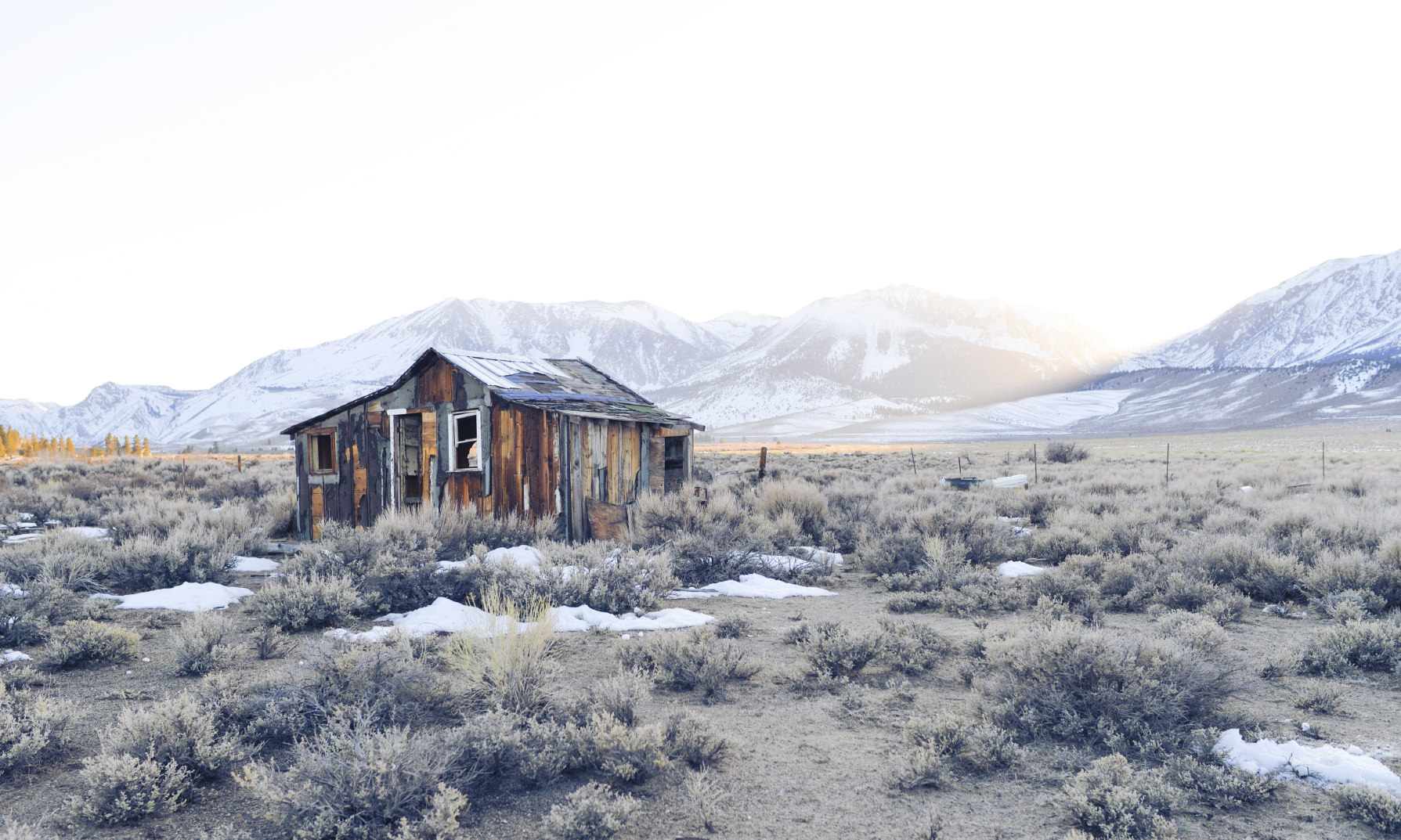 “Lone figures, wild landscapes, and peaceful places” are just a few suggestions of subjects offered by the newspaper. The possibilities are relatively endless within the theme.

The winner of this month’s contest will have their image put on display in foyer at The Guardian’s London office and will be entered to win a photography trip to the Swedish Lapland for a four-night stay at the Sörbyn Lodge and the Aurora Safari Camp.

Only UK residents can participate in the contest, but the rest of us can certainly enjoy past entries and other user-generated content at Guardian Witness.

Photography Quick Tips of the Week 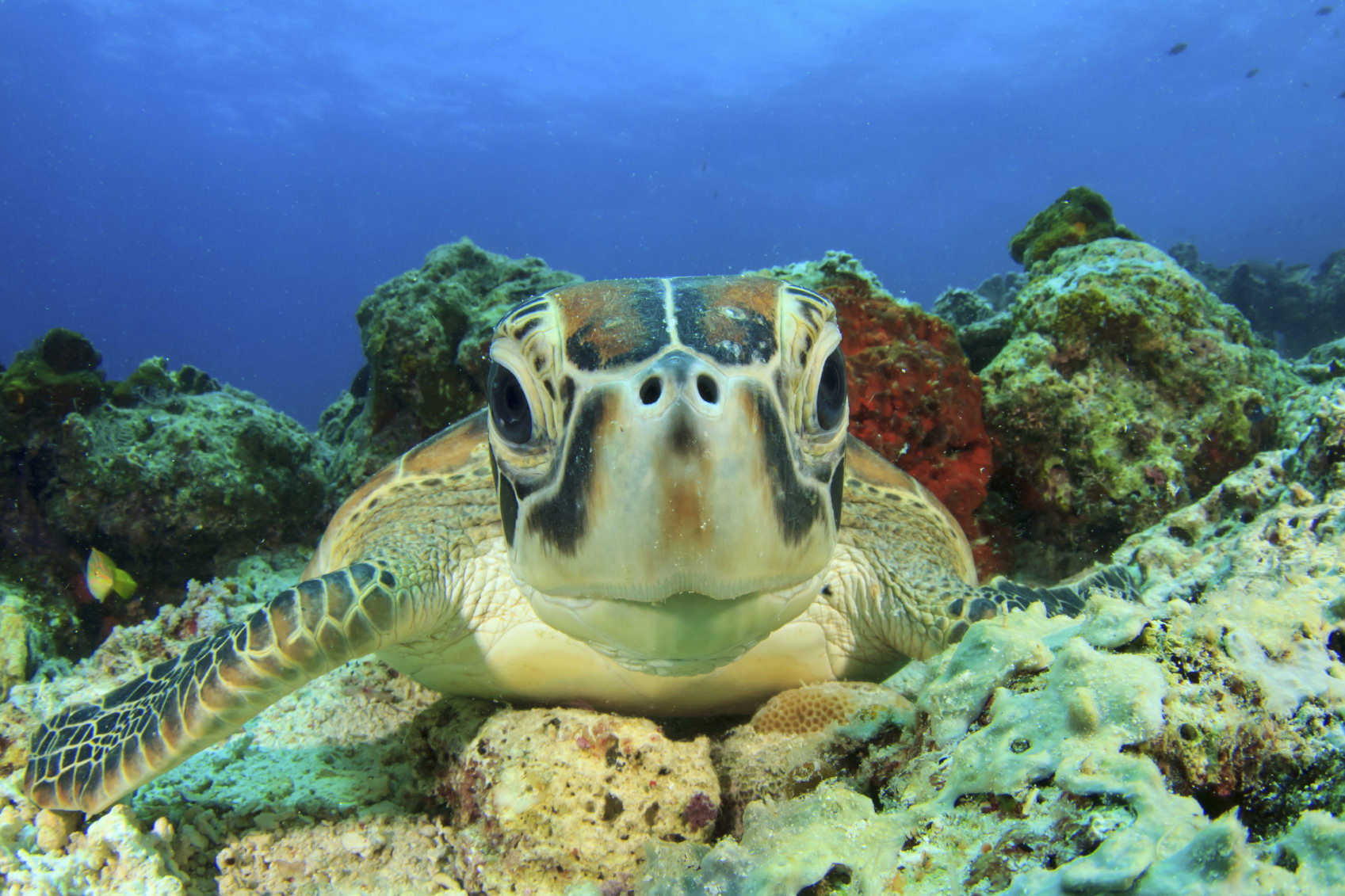 Water reduces sharpness, color, and contrast, so the closer you can get to your subject the better. Strive to get within a foot of your subject, or, at the very least, within two feet. This is especially important if your subject has red tones, as they will lose their saturation more quickly than other colors. 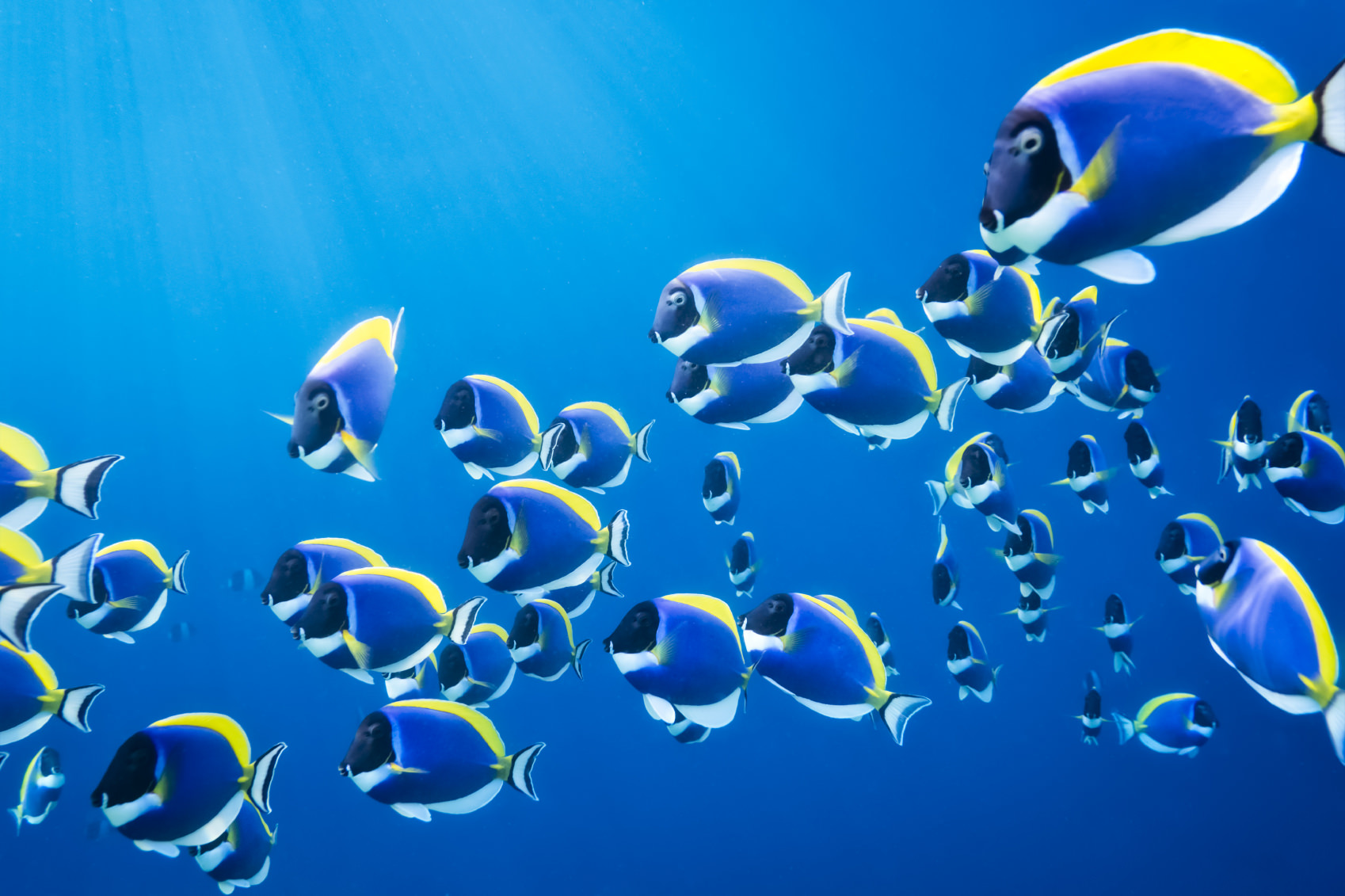 To really convey the underwater environment to its fullest extent, avoid shooting downward from the surface. If possible, dive down and get eye level with the scene you seek to capture. Once you’re down there, acclimate to the depth, and then slowly integrate yourself into the environment, scanning for vignettes that provide visual interest. This could be a school of fish, a reef formation, a shipwreck, or any number of other things in the depths. But bear in mind that you can’t get too deep, otherwise you will lose your light source and your images will be far too underexposed.

It’s been 10 years since Canon released the EOS 5D and opened up photography to amateurs and enthusiasts by offering a high-quality camera without an enormous price tag. Since then, the Mark II, Mark III, EOS 5DS, and EOS 5DS R have come along, offering even more features for photographers to capture the moments around them.

To celebrate ten years of the 5D line, Canon and Getty Images have teamed up to present 10 of the most iconic images captured over the last decade by photographers equipped with the 5D. The photos in the collection represent many of the most seminal moments since 2005. The Iraq War, the food crisis in Africa, war in Syria, and the 2010 earthquake in Haiti are just a few of the events represented in the collection of stunning photographs. The photos, behind-the-scenes stories, and interviews with each photographer can be found on Canon Europe’s website.

The Lighter Side of Photography

Newborn Photography Can Be Explosive

If you’ve ever photographed newborns, you know to expect the unexpected: The crying, the wailing, the tantrums – and that’s just the sleep-deprived parents!

As PetaPixel recently reported, photographers that work with newborns should bring a few towels, baby wipes, and rubber gloves to their shoots because their tiny models have no way of asking for a potty break, let alone controlling when and what comes out. The result, as PetaPixel put it, is that “butt explosions are par for the course.” 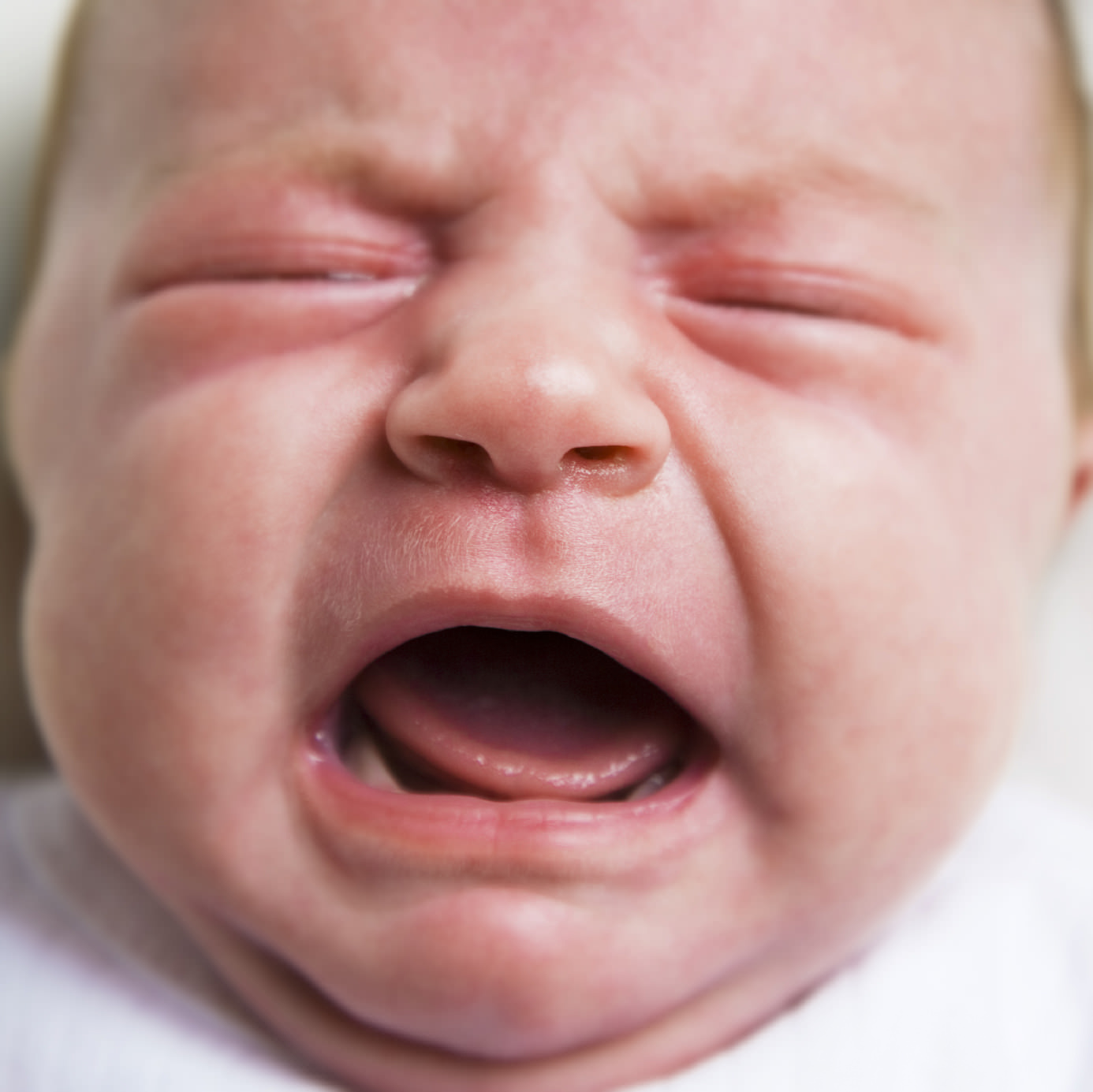 The article recounts the experience of a photographer who was working with a newborn and his parents that didn’t quite go as planned. Let’s just say that dad got the brunt of his baby son’s wrath, with fluids from just about every opening landing on the poor father.

When we see the perfect shot of a parent holding his or her sleeping baby, it’s hard to believe what might have been endured to get that capture. If newborn photography is on your professional horizon, just keep in mind that for every perfect shot, you’ll likely take 50 others that make for a great story, but maybe not for a great addition to the family photo album.

The Not So Walking Dead: Film is Still Alive!

If you’ve got an old film camera gathering dust in a closet somewhere, you might want to get it out, dust it off, and put it back in your rotation of camera gear. 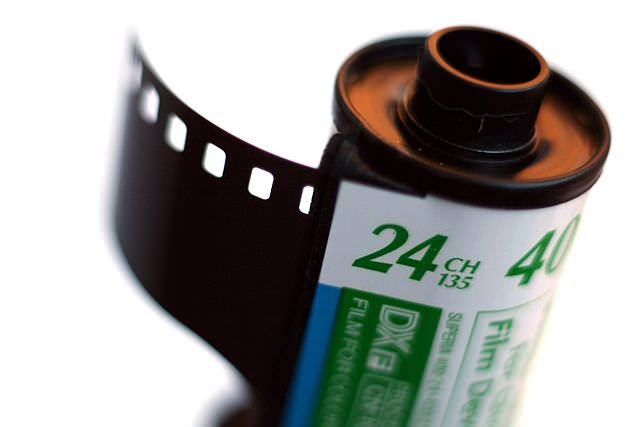 According to Time magazine, there has been a resurgence lately of film and film cameras, which, oddly enough, have been promoted digitally through social media, particularly on Instagram. Hashtags on that platform show the rising popularity of the analog format, with #film tagged in 11.5 million posts, #35mm tagged in another 2 million posts, and #filmisnotdead contributing another 1 million posts.

Who’s driving this resurgence of film? Young people. With an interest in film and do-it-yourself photo processing, photographers under the age of 35 are reversing the 12-year trend of declining film sales that have plagued the likes of Fujifilm and Kodak. In fact, film sales have actually started to increase due, in part, to this dedication of young photographers to learn the ways of old.

The popularity of film is also due to the comeback of toy cameras in recent years from Fujifilm, Lomography, and Polaroid. Younger photographers seem to be fascinated with the artsy grit and grain you get with film, especially film used in inexpensive toy cameras. Rather than relying just on their smartphone apps to add those vintage touches to digital captures, modern-day young photographers seem to want the actual analog experience.

Is Apple the Most Important Camera Company Today?

In a recent article, Allen Murabayashi argues that Apple is now the most important camera company in the world. Say what?! 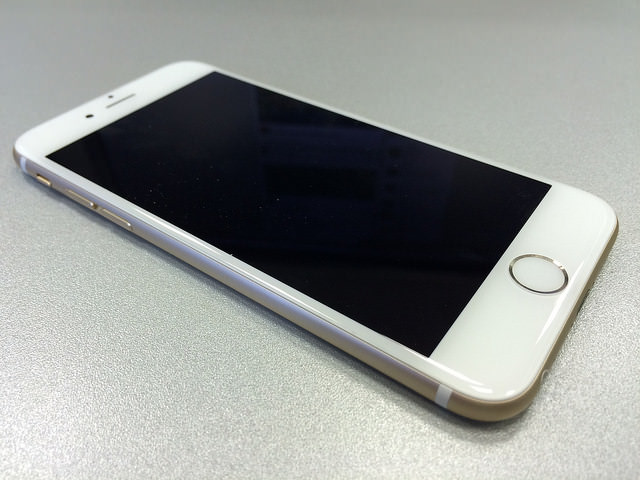 Although that might sound a little crazy, Murabayashi makes a strong argument. The iPhone made photography accessible to just about anyone, just like the Kodak Brownie did 115 years ago. Taking photos is no longer a complicated process with the iPhone developed to be easy to use first and foremost. The Apple store’s ecosystem, and the emergence of social media in recent years, has further made photography easier, with apps like VSCO and Mextures to edit photos and Instagram to share them with the world, all in a matter of a few clicks or swipes.

It’s this ease of use that Murabayashi says will be the death knell of traditional cameras. Sure, iPhones aren’t as powerful or feature-rich as traditional DSLR cameras, but DSLRs don’t connect to Flickr and Instagram. The vast majority of camera purchasers are those that want to compose their shot and tap a button, not those that want to fiddle around with camera settings for ISO, aperture, shutter speed, and the like.

And iPhones are becoming ever more powerful. The 6S, which goes on sale shortly, will have a 12MP camera, 4K video capabilities, and an improved processing algorithm, among a slew of other features that haven’t yet been leaked. This will surely fuel the growth of the iPhone-as-a-camera sales.

Regardless of what features the iPhone has or doesn’t have, what does not change is that the most important camera company is the one that encourages everyday folks to go out and shoot, and Apple definitely does that. 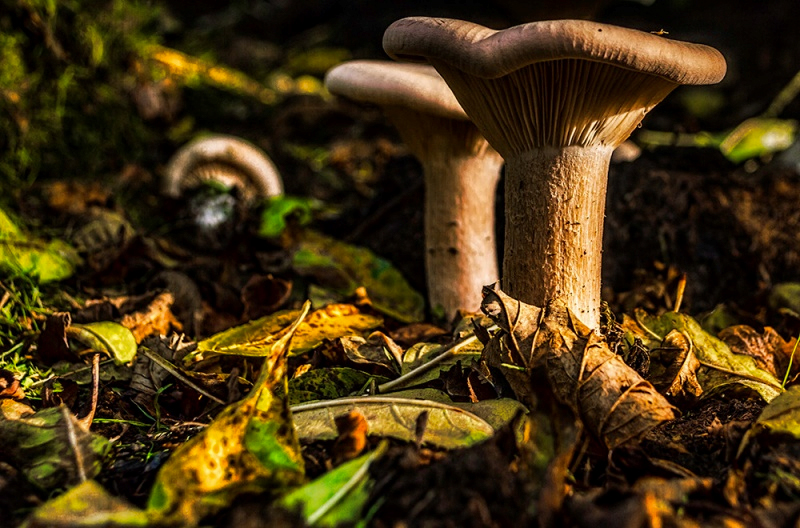 Our pick for Photo of the Week comes from Photography Talk user Stephen. In this untitled image, Stephen takes us to the macro world and shows off the beauty of the forest floor. This image caught our eye because it makes you feel small, as if you’re right there on the forest floor yourself! The composition and use of lighting are also eye-catching and make for an even more interesting macro scene.