PT360: Episode 5 – Canon Goes Crazy With a 120MP Sensor, Mobile Photographers Get a Hot New Lens, Cave Photography is a Thing, and Other Interesting Photography Tidbits

If you think your camera has a huge sensor, you’re wrong! This week in The Rumor Mill we take a look at a Canon prototype that has a 120MP sensor. We also highlight the newest iteration of the Sony A7S, which features an ISO of up to 409600. If you’re a mobile photographer (who isn’t?!) we’ve got a gear review for you – the Moment telephoto lens and wide-angle lens options that can expand your phone’s ability to take stunning, sharp images. As always, we’ve got a round up of industry news, some great photos to inspire your craft, and lots of other goodies! 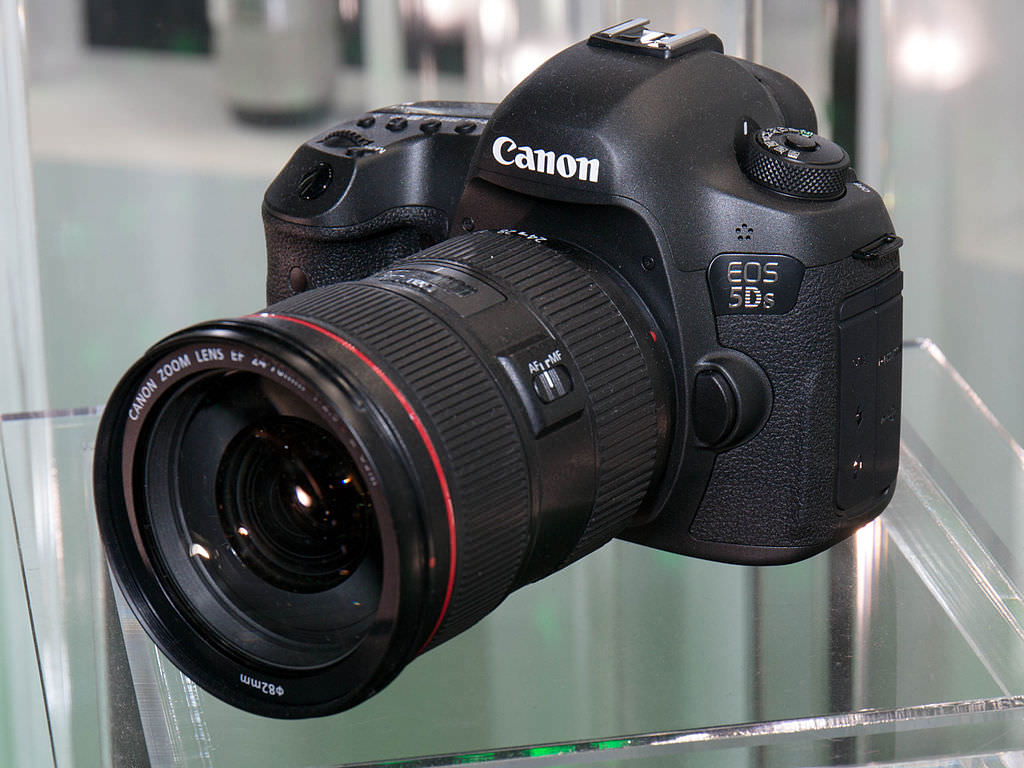 Yep, you read that right. Canon has a new 120MP sensor in the works! As reported by Photography Bay, this beast was part of the recent Canon Expo where photography enthusiasts were able to see a working prototype take live photos at the full 120MP resolution.

The APH-S format sensor was mounted on a 5Ds body and produces RAW images that are a full 210 MB each. Yowza!

There is no timeline for this sensor to be mass-produced, but the thought is that it will be at least a couple of years before we’re graced with full 120MP capabilities. Still, it’s nice to think about!

Not to be outdone by Canon’s big news on the megapixel front, Sony announced that their new A7sII camera will have an incredibly high ISO of 409600. On top of that, Cinema 5D reports that the A7sII will have low noise, a high dynamic range, 5-axis in-camera stabilization, and internal 4k recording.

Additional features sure to impress those of you that shoot video include an XGA OLED viewfinder, 8-bit HDMI output in 4.2:2, and 120fps shooting in full 1080p HD.

If you’re salivating at the thought of getting your hands on one of these cameras, the wait won’t be long. You can pre-order the A7sII now, and the cameras will be released in November. Just make sure you have $2,999 to pay for it!

The Canon Expo is Here; Canon Uses It to Flex Its Muscles

Twice a decade, Canon rolls out its expo and shows off some truly fantastic products that could soon be in your hot little hands. It was in 2010 that Canon debuted 4K resolution cameras, and now 4K is working towards being mainstream.

According to Bloomberg Business, Canon used this year’s expo to show off 8K video. Yes…8K! That’s sixteen times the resolution of 1080p HD (Gasp!). Visitors to the expo were encouraged to take a magnifying glass to a screen view of an 8K capture and when they did, they didn’t see lines or pixels, they just saw even more detail. In fact, the image was described as being almost “too real.” Could this be the future of computer screens and TVs? Let’s hope…

Read more about the fantastic gadgets at the Canon Expo at Bloomberg Business.

Need a top-notch, lightweight travel camera? These compacts have full manual controls, zoom lenses, and they fit nicely in your pocket. 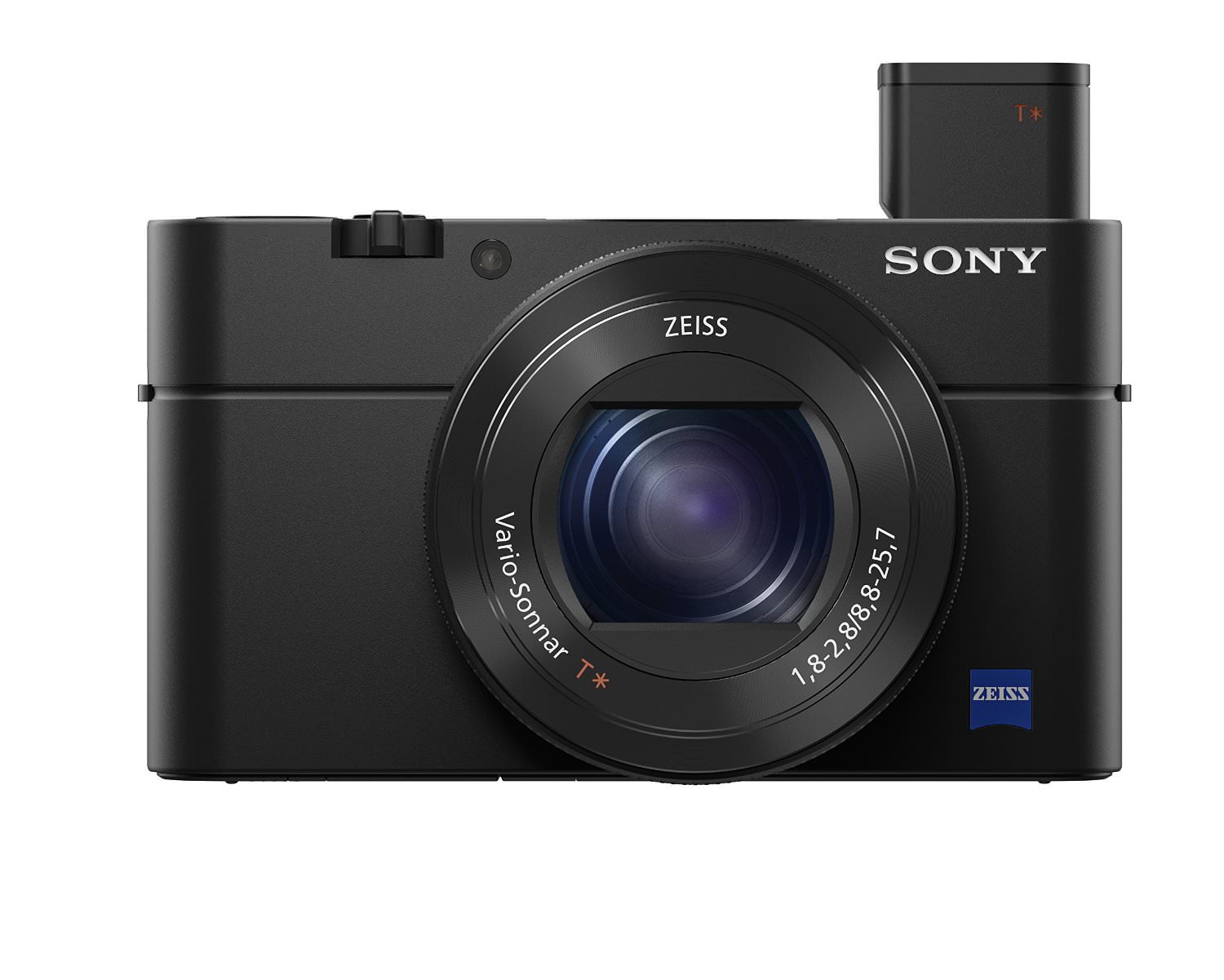 This is the fourth iteration of the RX100 and offers the most feature-packed camera yet in this line. Not only does it shoot sharp, crisp photos at 20.1MP, it also has Ultra 4K HD video recording capabilities. It has a pop-up electronic viewfinder that has an OLED screen inside so you won’t have any troubles framing your shots. The Zeiss f/1.8 24-70mm zoom lens is a nice feature, as is the camera’s slight weight, which comes in at just 298 grams. The Sony Cybershot RX100 IV is currently for sale at Amazon for $948.00. 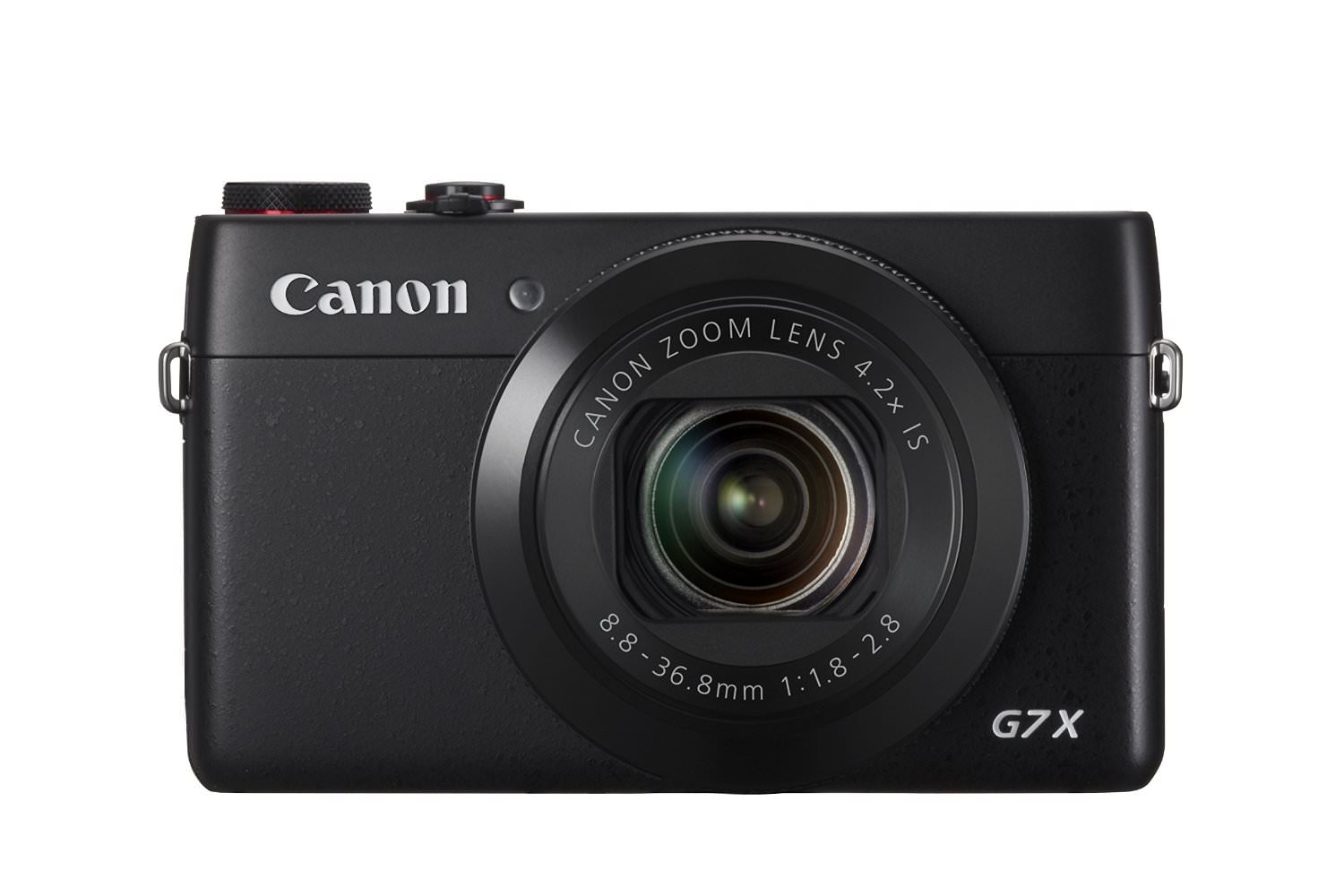 The G7 X is a powerful, pocket-sized camera that weighs just 281 grams and is loaded with features. The PowerShot has a 20.3MP sensor and has a much better zoom than the Sony – 4.2x as compared to 2.9x optical zoom. The camera is equipped with a f/1.8-2.8 24-100mm lens that gives you the option of shooting close-up to wide-angle shots, and with manual controls for shutter speed, aperture, and exposure, you have much more control over your shots than you do with many other compacts. A really nice feature is a tilting LCD touchscreen. However, there is no viewfinder, so composing shots is left up to what you see on the LCD screen. Amazon is currently offering the Canon PowerShot G7 X for $649.00, a savings of $50.00. 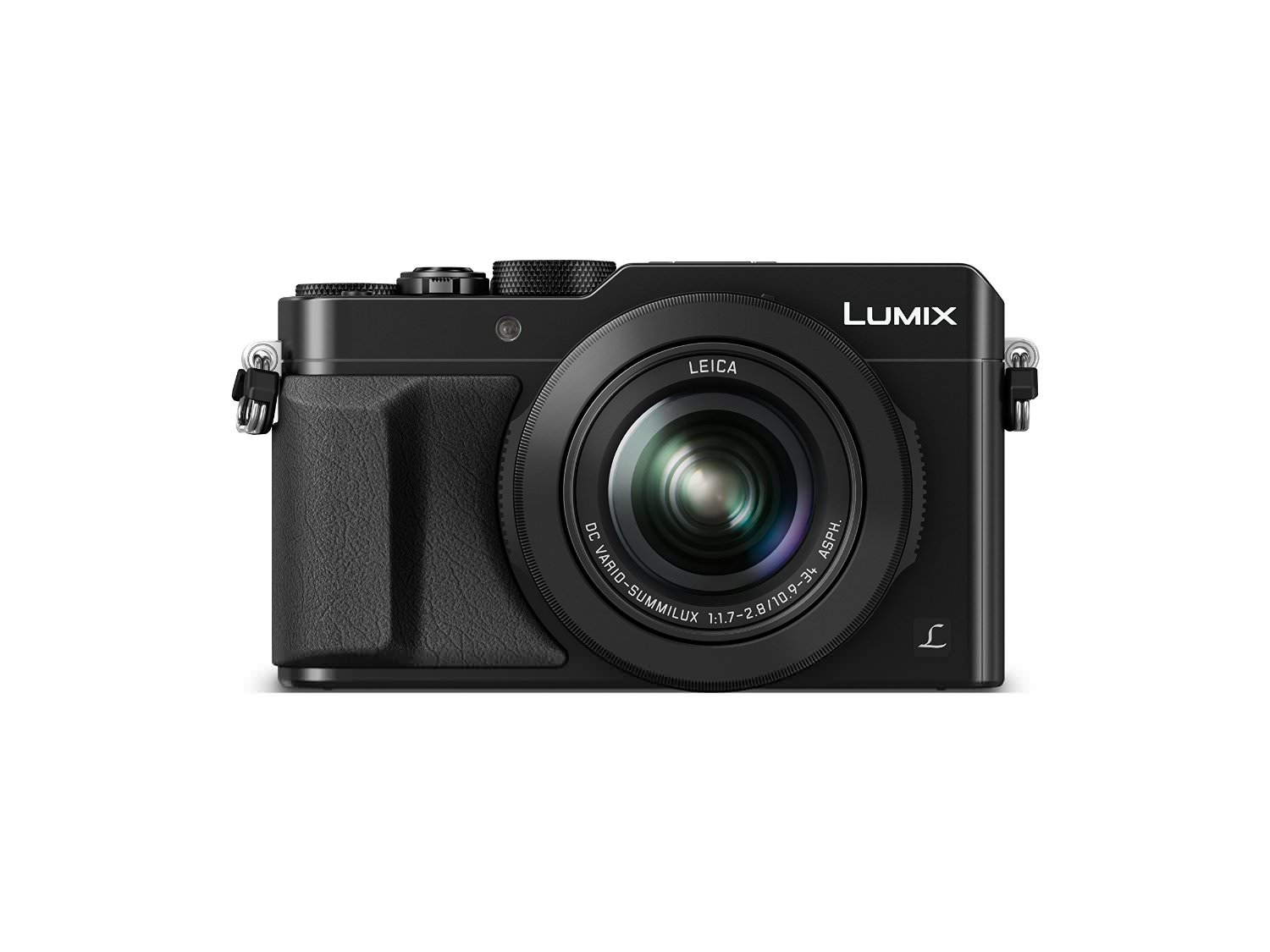 Some consumers may be turned off by the DMC-LX100’s 12.8MP sensor. However, it’s a four-thirds sensor that’s quite large and results in fantastic low-light images. Like the Sony and Canon offerings, the DMC-LX100 has manual controls, an optical zoom (3.1x), and sports a f/1.7-2.8 24-75mm Leica lens. The camera is equipped with an electronic viewfinder, although it isn’t as advanced as the OLED display found on the Sony. A smartphone remote app makes for handy shots when you’re taking group photos, and the 4K video capabilities mean you can capture your travel exploits in full HD. The downside is that the camera is the heaviest of the three, coming in at a relatively bulky 397 grams. The DMC-LX100 is currently on sale at Amazon for $697.99, a savings of $102.00.

This Amazing Photo Story Will Inspire You to Take Better Photos

The Third Cairo International Photographic Art Exhibition is currently underway, and to inspire people to participate, the organization has an excellent photo story on its website.

If you want to enter the competition, time is of the essence. Entries must be submitted by October 5, 2015. Even if you aren’t looking to participate in the event, the photo story is well worth five minutes to see some truly magnificent photographs. 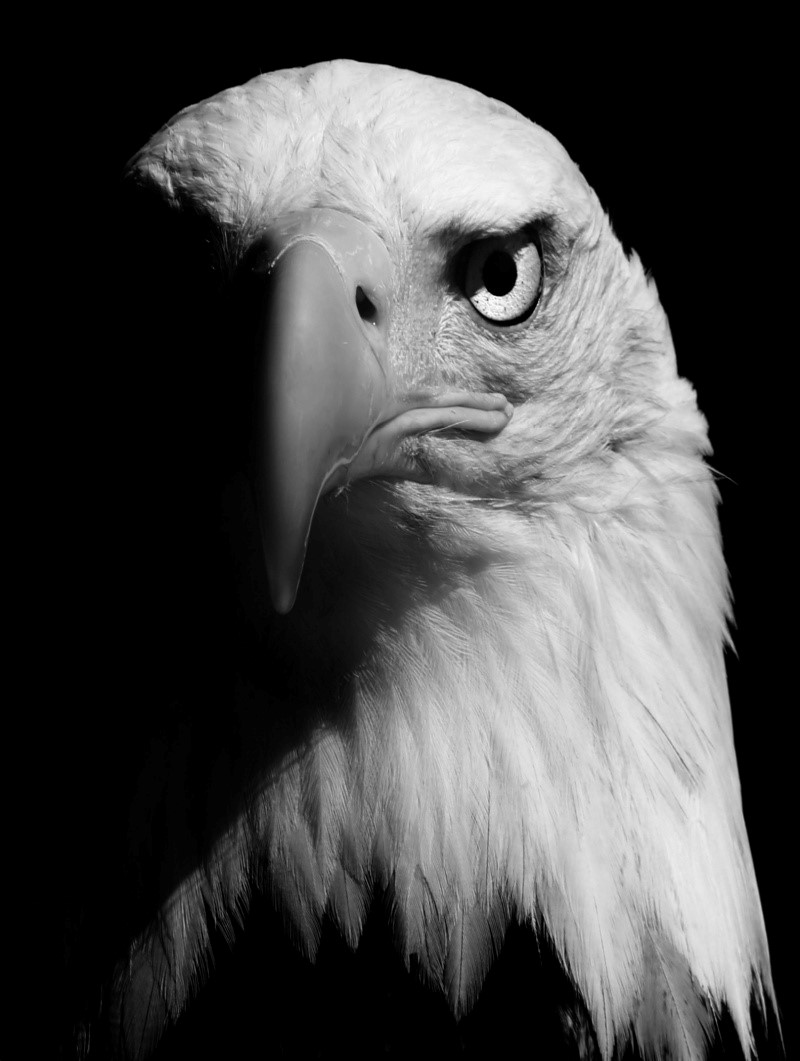 Our weekly dose of photographic inspiration comes from Photography Talk member Stephanie. Her photo, titled The Bold Eagle, shows off stunning lighting that highlights the stately features of our national bird.

The use of side lighting in this situation draws attention to the dimension of the eagle’s beak, with the light on the right side of the image emphasizing its sheer size and curvature. Side lighting also reveals the textures of the eagle’s feathers and does a nice job of providing some intensity to the eagle’s gaze, which seems to shoot right through you. Nice work, Stephanie!

It’s not every day that you come across a photographer that specializes in photographing caves, but that’s exactly what Dinko Stopic does. Since 1996, he’s descended into caves around the world, set up shop, and produced some truly stunning – and unusual – images from places that the vast majority of us will never see.

Cave photography is definitely not for the faint of heart. Not only are Stopic and his crew consumed by total darkness, but they also have to get themselves and their gear downward, sometimes hundreds of feet. There’s also the harsh conditions to deal with, including extreme humidity and dust, both of which can wreak havoc on camera gear. As a result, Stopic travels light, using only a Canon 5D Mark II. But the necessity for light – he uses multiple strobes – means both he and his assistants have to set up several strobes once they’ve found the ideal shooting location.

If you ever feel like photography is a difficult endeavor, try doing it underground!

Read more about Stopic and his adventures.

Kick Your Mobile Photography Up a Notch With This Awesome Gizmo 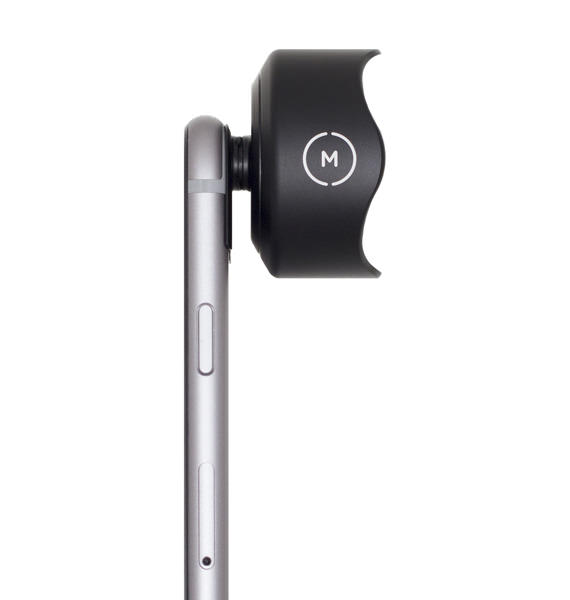 Moment Lenses have gotten rave reviews for being super high-quality hardware that helps you take distortionless, sharp images with your mobile phone’s built-in camera. Granted, smartphone cameras are increasingly good, but the lenses from Moment take your phone’s photographic capabilities to another level.

There are two Moment lenses available, a telephoto and a wide. Both mount to your smartphone with a paper-thin steel mounting plate that makes for a seamless transition between your phone and the lens. The lenses minimize distortion and chromatic aberration while boosting contrast and sharpness. Each lens is made with cinema quality glass that provides ultra-sharp images from center to edge. Each lens also comes with a lens hood to reduce glare and protect it from wear and tear.

The 60mm telephoto lens gets you twice as close but without any image degradation or distortion, and the wide-angle lens grabs twice as much scenery without bending or distortion. Both lenses are available for multiple smartphones and tablets for $99.99.