It’s that time of year (in the northern hemisphere anyway!) when the trees explode in amazing autumn colors. In this week’s PT360, we offer up three easy, yet impactful tips for capitalizing on autumn’s spectacular foliage. In the news, we discuss the rising problem of drone photography and highlight the efforts of a photographer in Reno to humanize people that are forced to live on the streets. The Rumor Mill this week features an exciting new camera that has 16 lenses, ten of which can fire simultaneously. We’ve also got some VERY exciting news from Foto Promos about a massive Leica camera giveaway. And, as always, we highlight some great reads and review new gear! 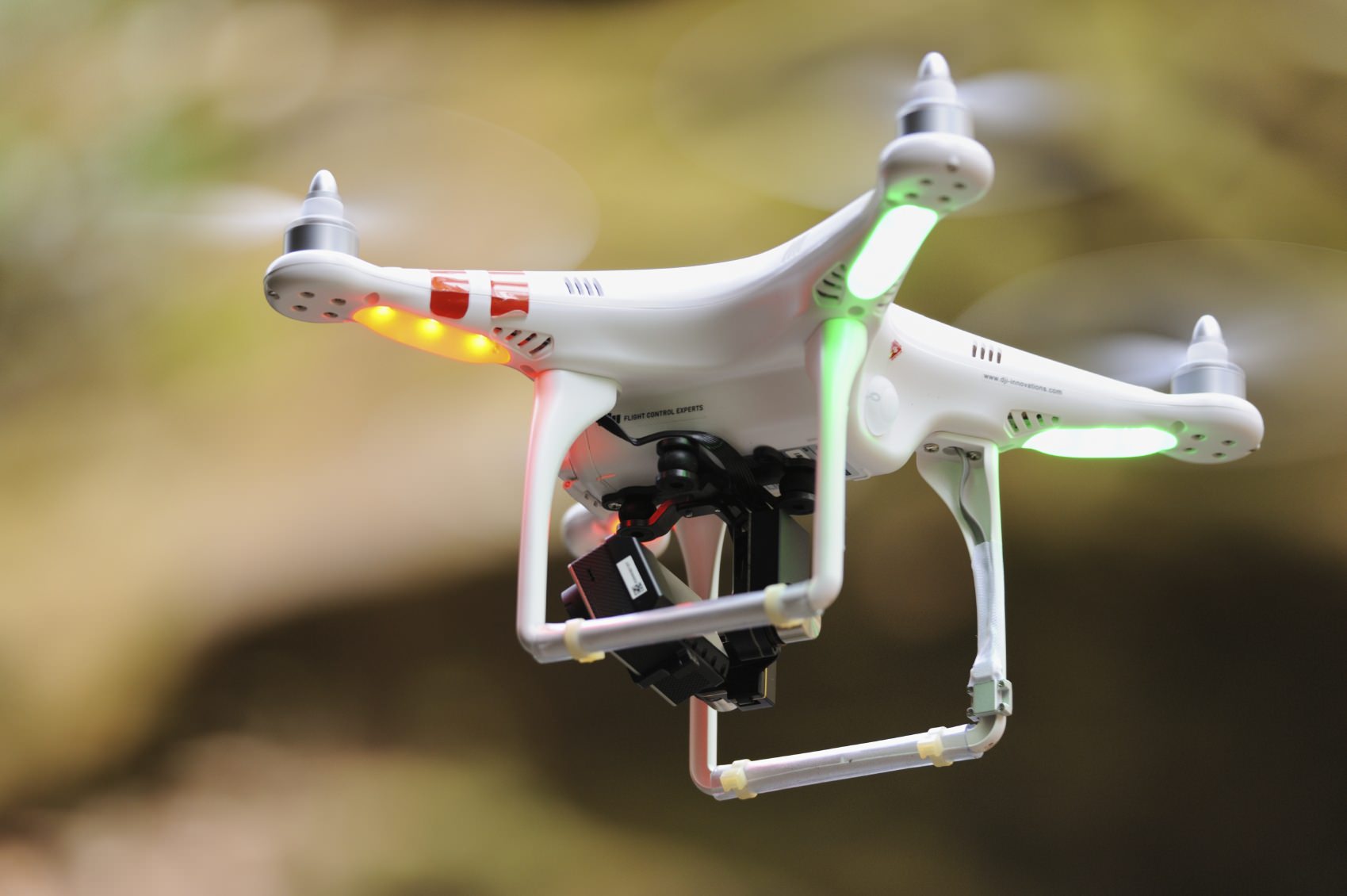 The emergence of personal drones over the last few years has given photographers access to a whole new world of photography. All kinds of amazing images have been captured from above and posted all over the internet.

Unfortunately, as is often the case, a few stupid people (like the guy who did this) are starting to ruin drone-based photography for the rest of us.

But of course, the major culprit of drone misuse is the paparazzi, who use them to fly over celebrity homes to get behind-the-scenes images for tabloids.

However, as Digital Trends recently reported, California legislators are fighting back with expanded limits on drone use.

The new legislation essentially expands the meaning of trespassing to include the “airspace above the land of another.” So now, people don’t have to jump fences to be prosecuted for trespassing, or even be physically near a property for that matter.

The California law is just one of many recently passed across the nation as authorities try to deal with the exploding popularity of personal and commercial drone use. Stay tuned for updates as the regulations governing drone-based photography continue to change.

Reno Photographer Highlights the Plight of “The Others” 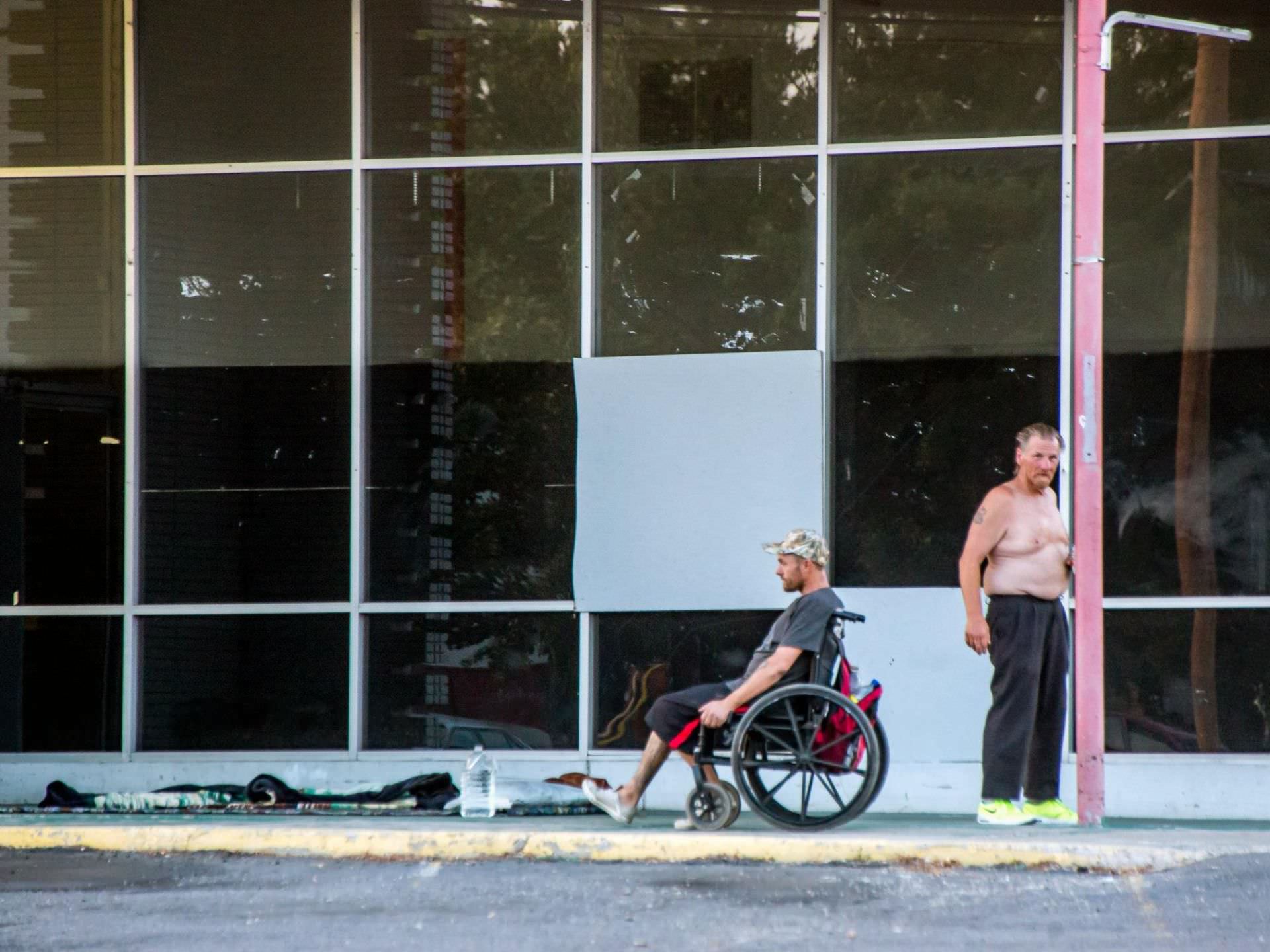 Photographer Eric Marks didn’t set out to be a crusader. In fact, he just wanted to capture images of his hometown, Reno, Nevada, as it truly appears.

But in the months since creating a Facebook page dedicated to Reno Street Photography, the true impact of his raw images of life on the streets is becoming more clear.

In a story first published by the Reno Gazette-Journal, Marks talks about challenging traditional conventions when it comes to photographing uncomfortable situations.

“In school we were taught taking pictures of homeless or addicted or challenged people is distasteful and I find that perspective offensive because through the act of excluding those images we are (making people into "others") as a society, and in my opinion that is dehumanizing them,” Marks explains.

Instead, Marks’ work highlights the plight of displaced individuals and has allowed him to gain insight and bring attention to the problems that displace people in the first place.

Since he launched his project in May, Marks has highlighted the power of photography to do good in the world. He’s talked to countless people, dispersed food, blankets, and money, and, of course, has photographed subjects in the “unsavory” parts of Reno. He’s even helped the police with three assault cases against Reno’s homeless population.

Helping others isn’t a bad way to use a camera!

Pack Up Your DSLRs! This Point and Shoot’s May Be Even Better

It turns out that a little photography start-up, Light, has secretly developed a point and shoot camera that stitches multiple images together to create a highly-detailed 52-megapixel image.

It’s not simple! Light created a camera that’s about the size of a phablet that has an array of 16 smartphone-like cameras, ten of which can fire at the exact same time. Six of the onboard cameras have an equivalent focal length of 150mm, with another five at 70mm, and the final five operating at 35mm. The resulting images are then combined for an ultra-sharp final product that has incredible depth of field.

The camera runs on the Android platform, has a 5-inch LCD screen, and is Wi-Fi enabled, which means people can point, shoot, and share, all from the same device.

According to ReCode, the camera is currently available for pre-order for $1,299.00, but that price will go up to $1,699.00 as of November 6th. Lucky patrons will then receive their cameras sometime in the early summer of 2016. Reserve yours today! 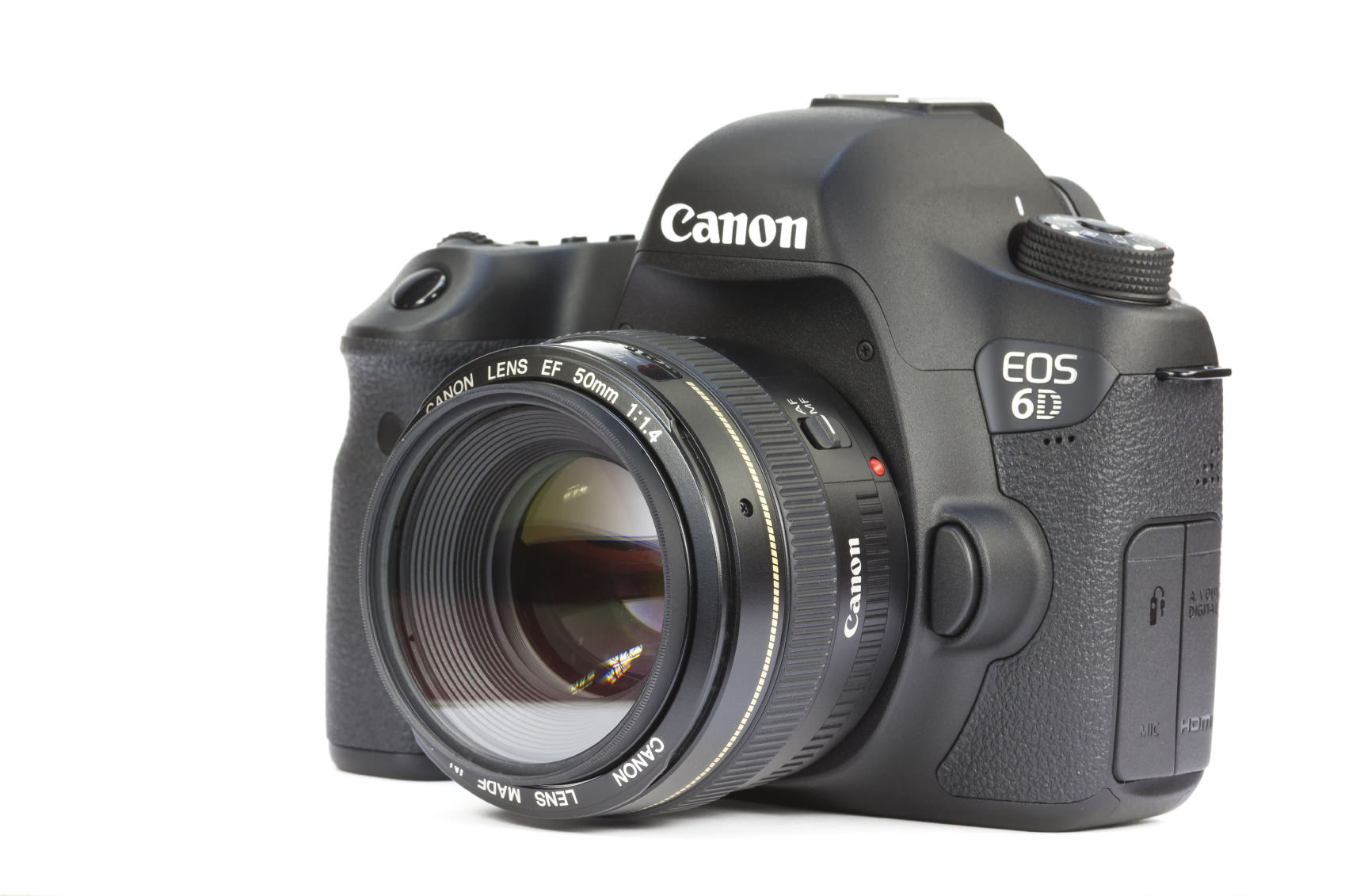 Tech Radar has good news for fans of Canon’s years-old 6D Mark II platform (pictured above). Rumor has it that the next generation will have a 28MP sensor and burst-mode shooting at 6fps. The ISO may be boosted as high as 204,800 as well. Perhaps best of all, the next 6D may have integrated Wi-Fi, GPS, and NFC, which will make sharing and transferring your photos a breeze.

Whatever upgrades the camera has, we won’t have the opportunity to play around with them until sometime in early 2016 at the earliest. We’ll have more updates as they become available.

Tip of the Week

With fall arriving for those of us in the northern hemisphere, we thought it appropriate to make this week’s photography tip about pumping up the wow factor in your autumn images. Pay attention to texture, contrast, and isolation to create a stunning image! 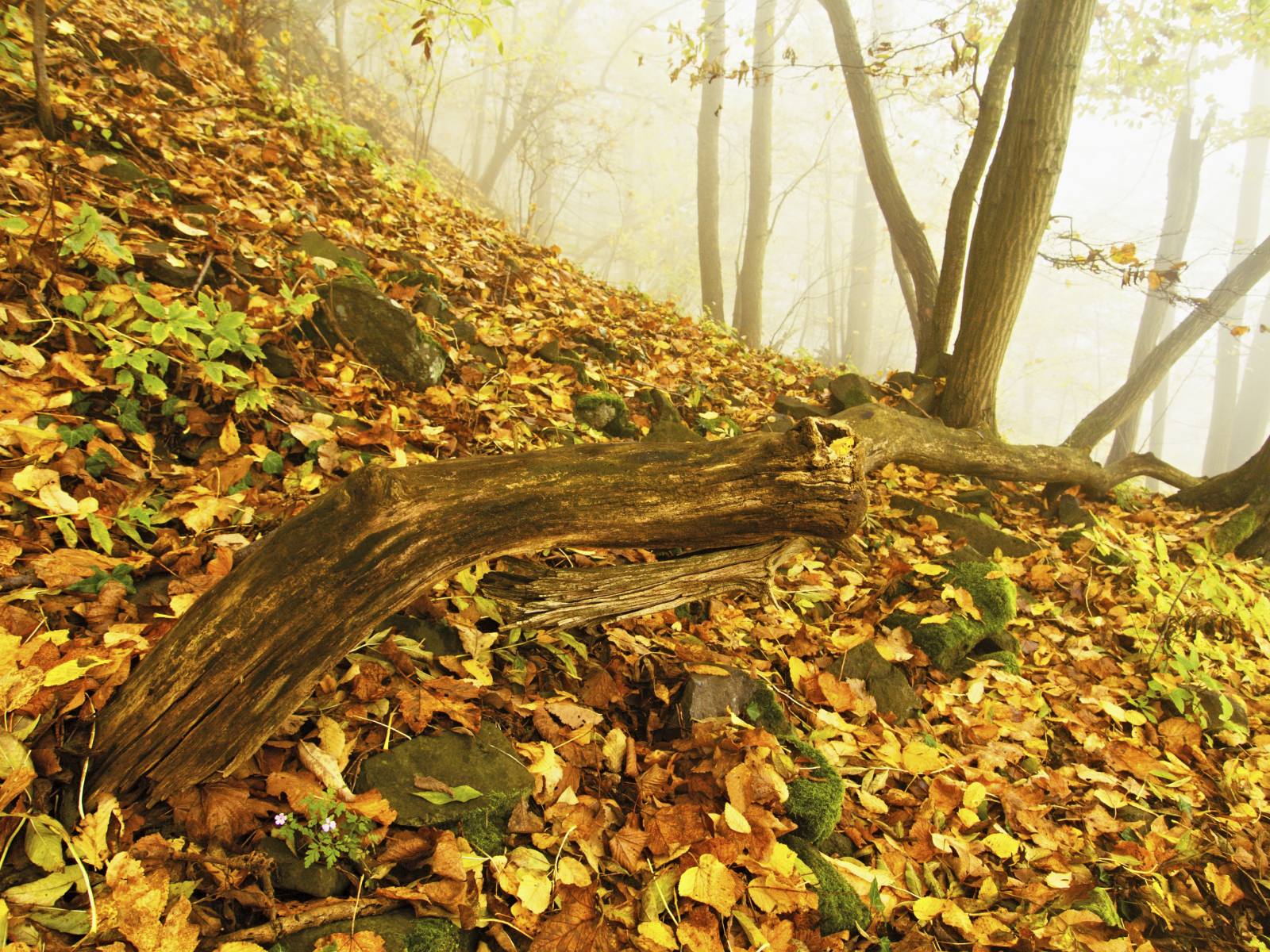 All those leaves on the ground aren’t just a nuisance to rake up, and leaves aren’t just about color either. They also provide amazing texture for your fall photos! The varying sizes and shapes of leaves, as well as the haphazard patterns they create as they fall into piles on the ground, can bring a nice textural element to your photos.

There are other textures in nature that we tend to associate with autumn – glassy ponds reflecting autumn foliage, rocks moistened by the early morning frost, and chopped wood come immediately to mind. Try incorporating one of these elements into your photos for a more unique play on texture. 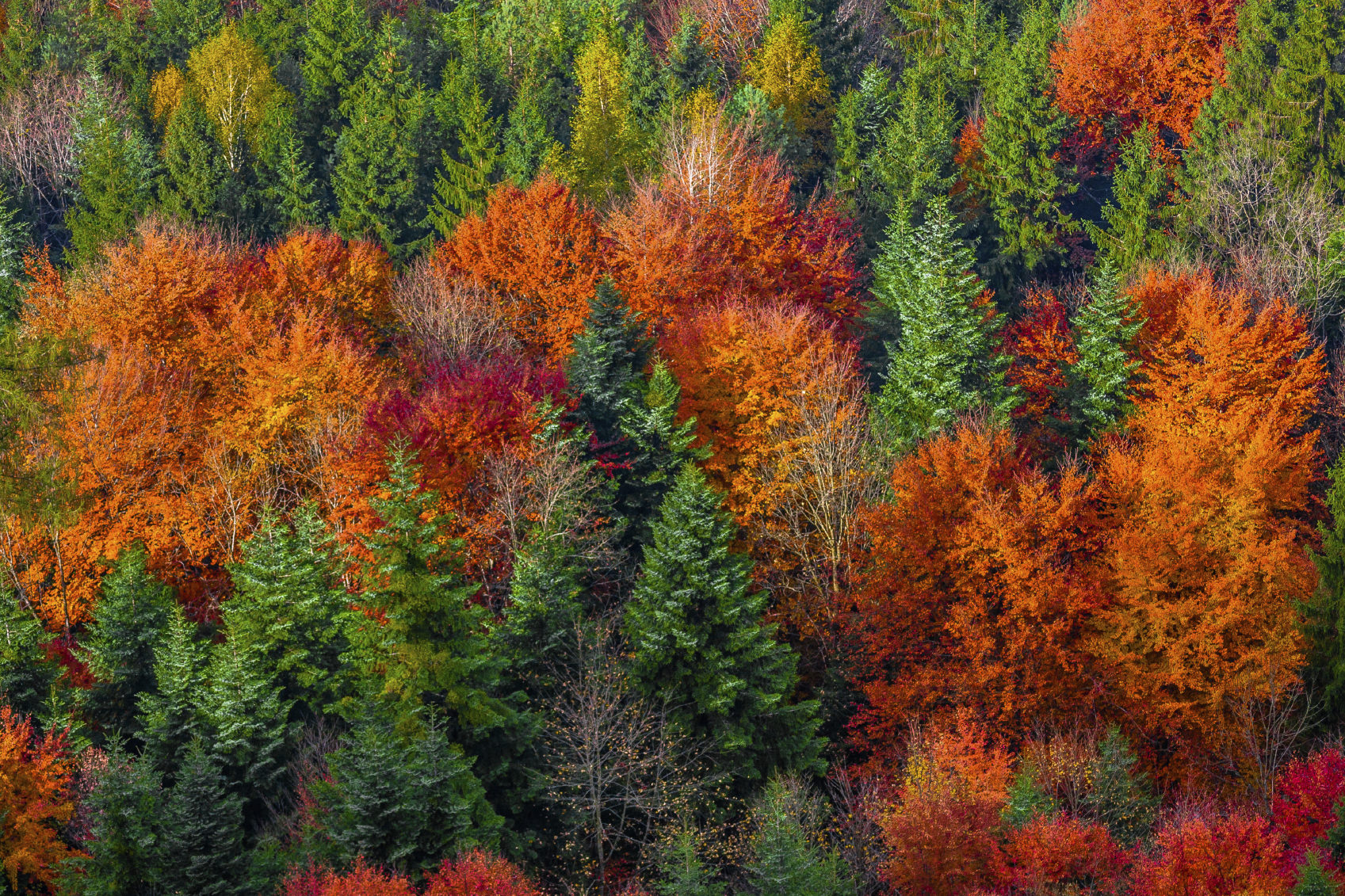 The high contrast between the greens, oranges, reds, and golds of autumn foliage is the most noticeable feature of the season. Obviously, using that contrast in your fall images makes for an intriguing visual. However, you can also use that contrast to tell a story. For example, try finding groups of trees that have changed interspersed amongst those that are still green to highlight the changing of the season. Another idea is to incorporate activities that mark the shift to autumn, such as raking up those high-contrast leaves. 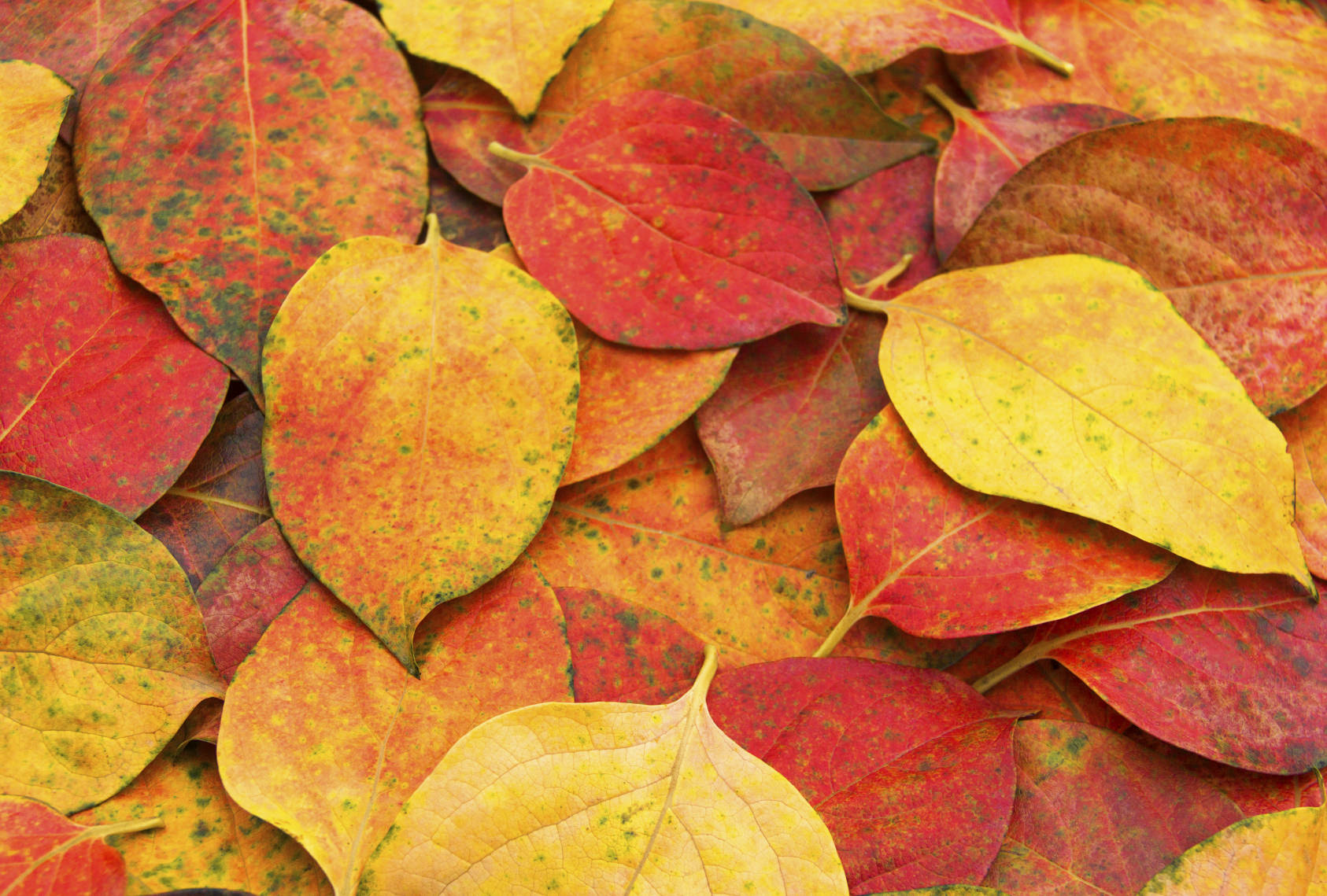 Most fall photos are taken from afar, so viewers get a sense of the changing leaves on a large scale. But a more unique way to capture the changing of the season is to isolate one leaf or a small group of leaves in the frame. Doing so opens up more creative avenues of composition, while also allowing you to get in close to really highlight the saturation of the colors in the leaves, as well as their texture and contrast. It’s a great way to incorporate all three fall foliage tips!

Have Tripod, Will Travel

When you travel around with your camera gear, you quickly come to love solid, quality tripods that aren’t bulky and don’t weigh a ton.

Made of carbon fiber, the 5CFH is sturdy, yet lightweight. The two-stage center column gives you the capability of extending from just over 13 inches to more than 56 inches. The K2 aluminum ballhead offers 360-degree rotation and can hold nearly 30 pounds.

Pricing for the 5CFH is around $150.00 on Adorama, which makes it quite affordable compared to other travel tripods that run close to $700.00. 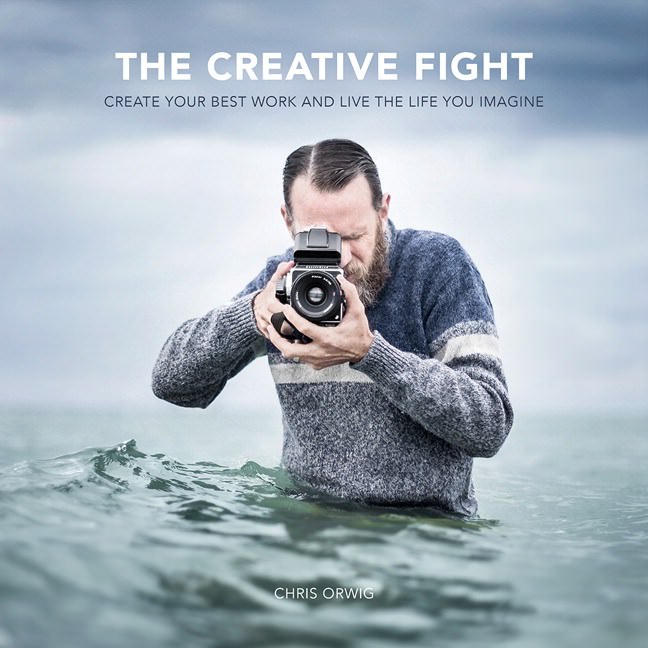 This week’s Book of the Week is a great choice for those of us that struggle with finding our creativity from time to time. The Creative Fight: Create Your Best Work and Live the Life You Imagine sets out to inspire readers to find meaning in their work and in life in general. This book is not just about photography; it’s about pursuing a life in which creativity is fostered and is evident in the images you create. With helpful concepts illustrated with personal stories and example imagery, this book will not only help you develop your photography skills, but it will also get you thinking about living a more fulfilling life. The book is currently available on Amazon for as little as $13.99.

These National Geographic Photos Will Blow Your Mind

National Geographic’s 2015 Photo Contest got underway several weeks ago, and the photography world has responded!

There are only three simple categories – people, places, and nature – and the images submitted thus far are simply amazing.

Nat Geo’s editors have selected some of their favorite images and put them up for viewing on the 2015 Photo Contest website. There are photo galleries and wallpapers to download, as well as contest information if you wish to enter. 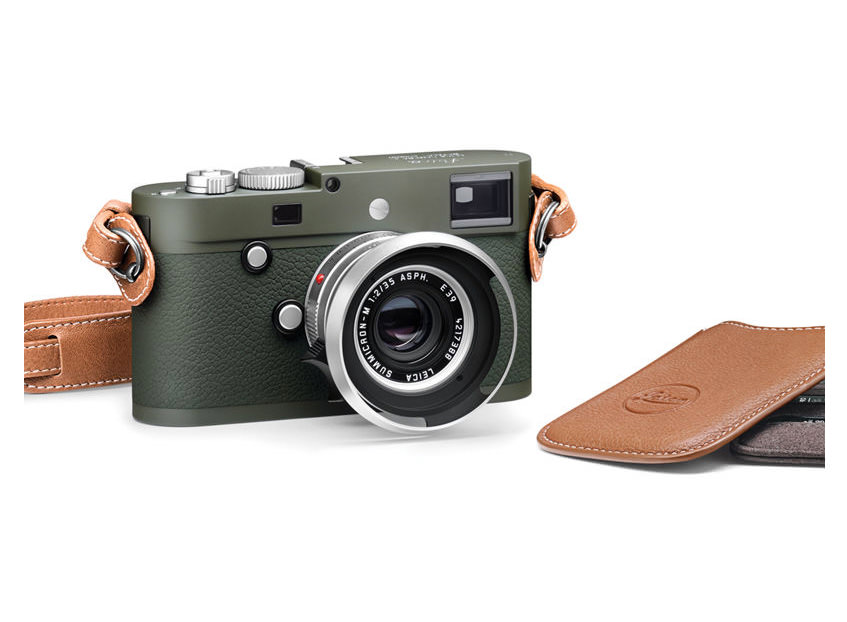 There are a lot of photography giveaways out there with a lot of great prizes. But you will struggle to find a giveaway with a better top prize than this!

Foto Promos, along with SpiderPro and several other sponsors, are giving away a Leica camera at the PhotoPlus Expo 2015 in New York City.

Here’s the details of this incredible prize, straight from Foto Promos: 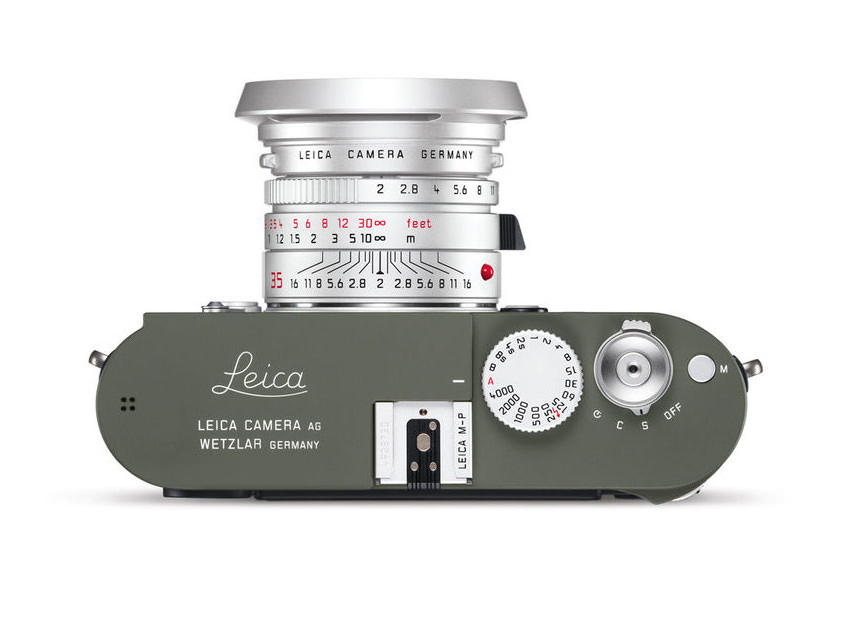 The giveaway is worth about $10,000, so it’s definitely worth the few minutes it takes to enter the contest.

All you need to do is go to http://fotopromos.com/giveaway/ to sign up. That’s it! The lucky winner will be announced at the Expo on October 24, 2015.

You don’t need to be present to win, so if you can’t make this year’s Expo you should still sign up for the contest. But if you can make it to the Expo, be sure to register at http://www.photoplusexpo.com/.