PT360: Episode 9 – The World’s Fastest 20mm Lens, Photographer of the Year Award, and Quick Photography Tips Await! Also Get Details on Our Latest Contest in This Week’s PT360!

Another week, another blog chock full of photography news and notes from around the web! This week, we’ve gone wild with segments on the Wildlife Photographer of the Year award and a photography contest that highlights how silly wild animals can be. In the rumor department, we’ve got news on the world’s fastest 20mm lens from Sigma, as well as some exciting new software from Canon that will make creating photo albums a breeze. We’ve got some fun photography tips, a great Photo of the Week, and some must-see photography too. Let’s get to it!

Introducing the Wildlife Photographer of the Year! 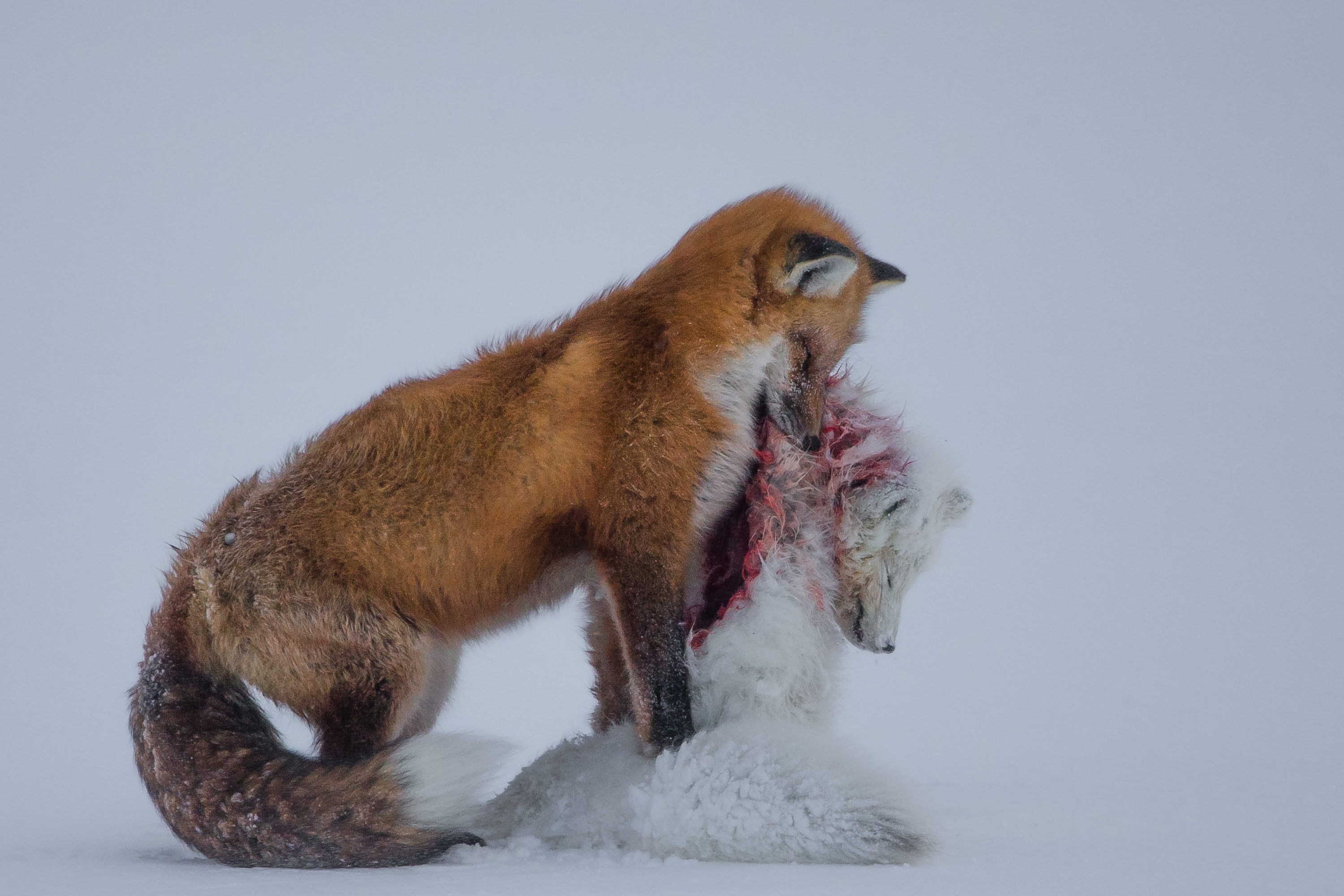 Each year, the Natural History Museum, London holds a wildlife photography competition, with one lucky photographer winning the title of “Wildlife Photographer of the Year.”

This year, the honor goes to Don Gutoski of Canada.

His winning image, entitled A Tale of Two Foxes, highlights the contentious relationship between red foxes and arctic foxes as they come ever more into contact as a result of the expanding boundaries of the red fox’s territory.

The gruesome image, in which the arctic fox, bloodied and lifeless, hangs limply from the mouth of its cousin, highlights the rapid changes being experienced in the natural world due to global warming.

The competition features many categories, from mammals to invertebrates, with the winning images from each category currently on display at the Natural History Museum, London’s website. We highly recommend you check it out!

Wild Animals Have a Funny Bone Too 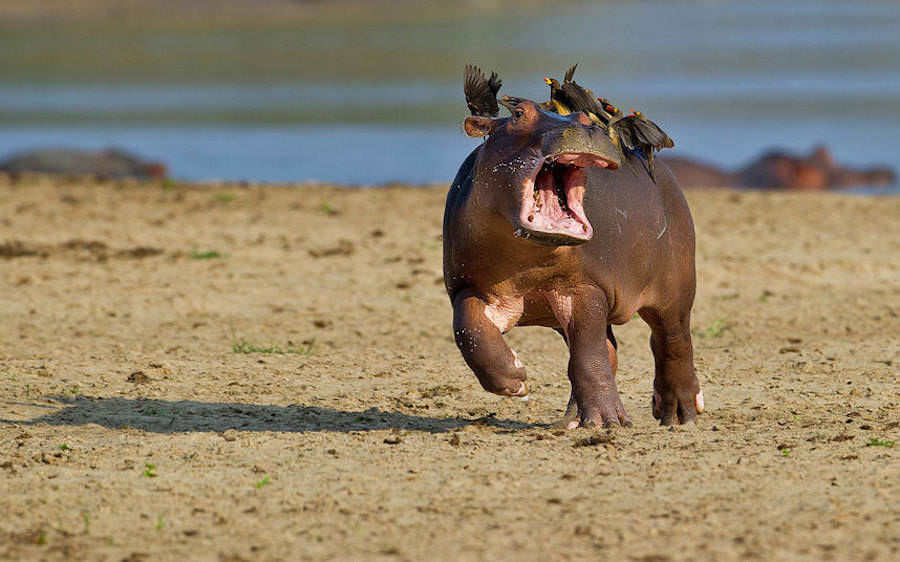 If you thought we were done talking about wildlife photography contests, you’re wrong!

The Comedy Wildlife Photography Awards just concluded its very first season, and we have to say, the finalists in the competition got some pretty amazing photos.

Contest rules required that all animals be wild – no pet monkeys or tigers or animals in a zoo. The fact that all the animals captured in the contest images are truly wild is incredible considering the hilarious photos that resulted.

The judging stage is still ongoing, with 45 finalists currently waiting to hear how they fare in the final round of judging. Winners will be announced on November 11.

In the meantime, if you need a laugh or just want to look at some really adorable animals, head over to the exhibition website!

Enter Our Tell-A-Friend Contest for a Chance to Win Cash or a Great Camera! 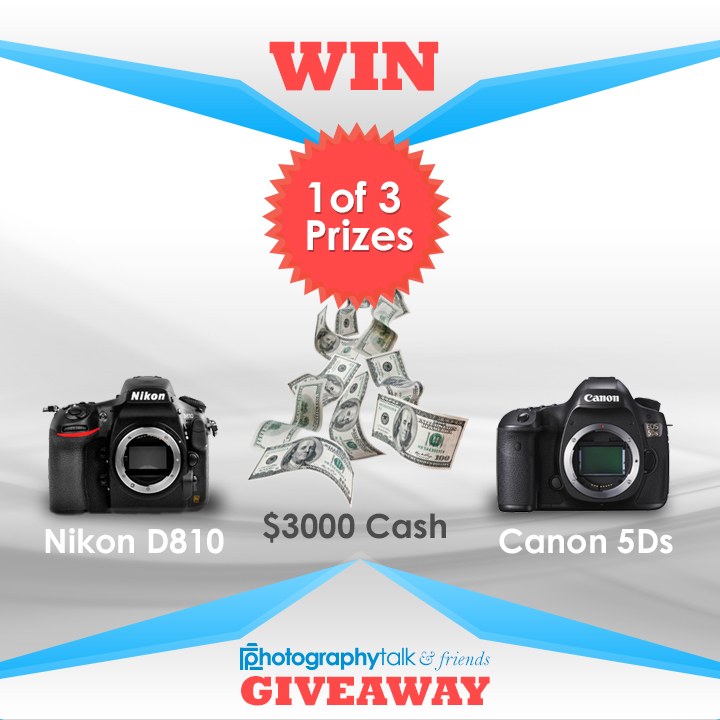 We’ve got a brand new contest for you, and we’re quite excited about it! The Photography Talk Tell-A-Friend Contest is all about helping photographers achieve greatness, and we think we’ve got the goods to make that happen.

You can enter more than once, simply by earning entries. There are several ways to earn entries:

As an added bonus, we will donate $1,000 to Toys for Tots, St. Jude’s Children’s Hospital, or the Make-A-Wish Foundation on behalf of the winner. It’s a win-win situation for all those involved!

This contest is all about continuing to build our online community of photographers. We’ve already got more than 2.7 million members, but we want the community to grow and include you, your friends, and your family! Visit the contest page on Photography Talk for further details. 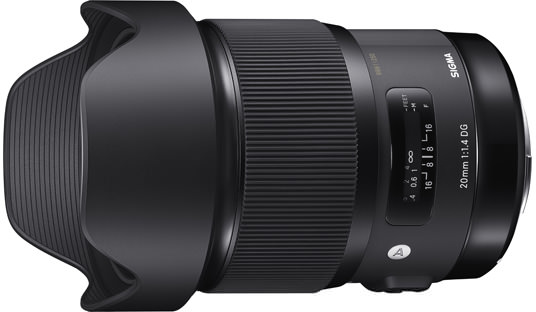 Sigma just keeps on impressing with their lineup of fantastic lenses.

Their newest offering is a 20mm f/1.4 DG HSM art lens available for Nikon, Canon, and Sigma mounts. According to Nikon Rumors, the lens has a nine-blade diaphragm that gives a dreamy blur to the out-of-focus areas of the shot. The Hyper Sonic Motor is a great feature as well, and gives users silent, fast AF functionality. Other goodies include a minimum aperture of f16, an angle of view of 94.5°, and construction that includes 15 elements in 11 separate groups.

Since the lens was just officially announced, it’s not quite ready to be shipped to your doorstep. However, you can pre-order the lens for $899 at Adorama.

At the recent Canon Expo in Paris, the company unveiled some of its upcoming products, including a 250MP CMOS sensor, a prototype 120 MP camera that shoots in 3-D, and a 4 million ISO camera as well.

While these are all ultra impressive products that we will likely eventually see, the one that caught our eye was actually a much more mundane development.

Earlier this year, Canon purchased the app LifeCake and the cloud-based service Irista in its quest to make creating online photo albums a seamless, painless experience. Essentially, these services allow Canon customers to select photos and videos from their phones, laptops, or tablets and upload them to a completely personalized photo album that will be organized and ready for viewing in a matter of minutes. While this may not seem like a huge development, it’s both exciting and practical as one of the biggest obstacles to consumers putting their photos together into an album is time. With this new service, Canon seems to take the time factor out of it.

For additional information about Canon’s photo-sharing program, check out the Daily Sabah. 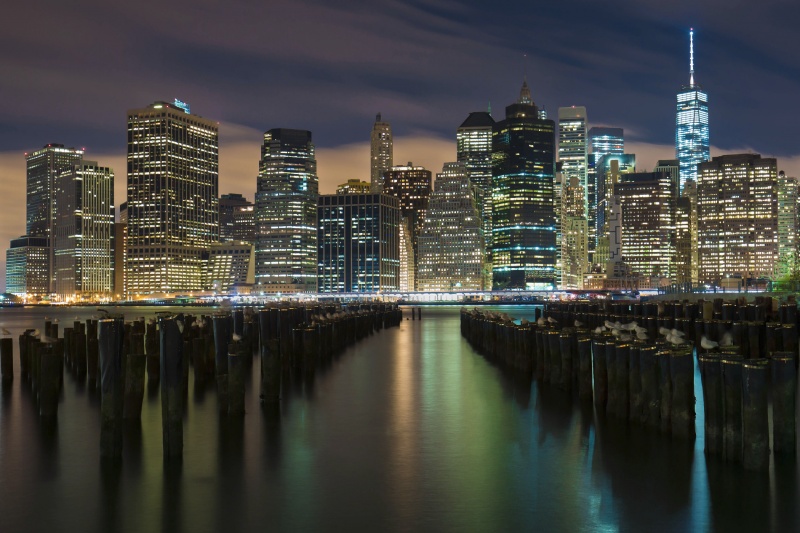 Our weekly dose of photo inspiration is a gorgeous long-exposure cityscape by Photography Talk user Yury.

The photo, entitled NYC, Downtown at Night, uses the linear nature of the vertical pilings to draw the eye directly to the middle of the image. The 50/50 horizon line gives us enough room to see the iconic skyline, but also shows off the smooth water and the reflection of the lights in it. For more great images, give Yury’s profile a peek! 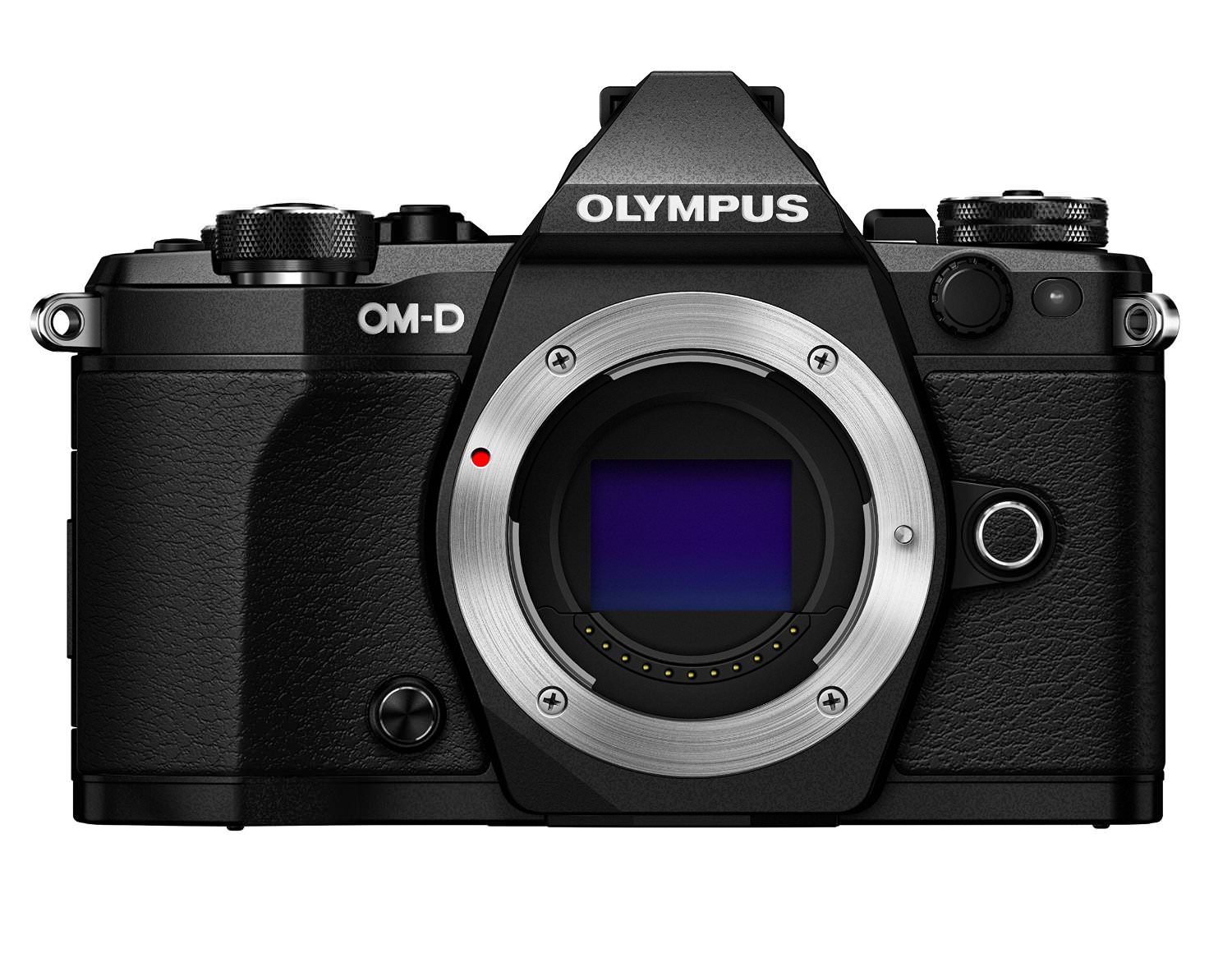 The Olympus OM-D E-M5 Mark II is only three years old, but to keep up with the times, Olympus has elected to give its inaugural ILC updates both inside and out.

Among the updates are a new five-axis, sensor-based image stabilization system that works like a dream and gives users an extra stop of compensation over the previous model. A higher-resolution viewfinder and 40MP high-resolution shooting mode are also new to this model. As if that wasn’t enough, Olympus also threw in 5fps burst shooting with continuous AF and metering, as well as improved ISO performance for vastly reduced noise.

The new High-Res Shot mode is really slick. It combines eight exposures into one image, either as a JPEG or in RAW. The sensor sub-samples the scene, which results in a level of resolution that exceeds the camera’s 16.1MP capabilities. At ISO 100 in High-Res mode, the camera can create an image with 3725 lines of resolution.

This little Olympus is packed with big features and could be a great addition to your collection of gear. The small, weatherproof body is easy to handle and even easier to carry and store. The built-in Wi-Fi makes sharing your photos easy as well! Pick one up on Amazon for $899 (body only). 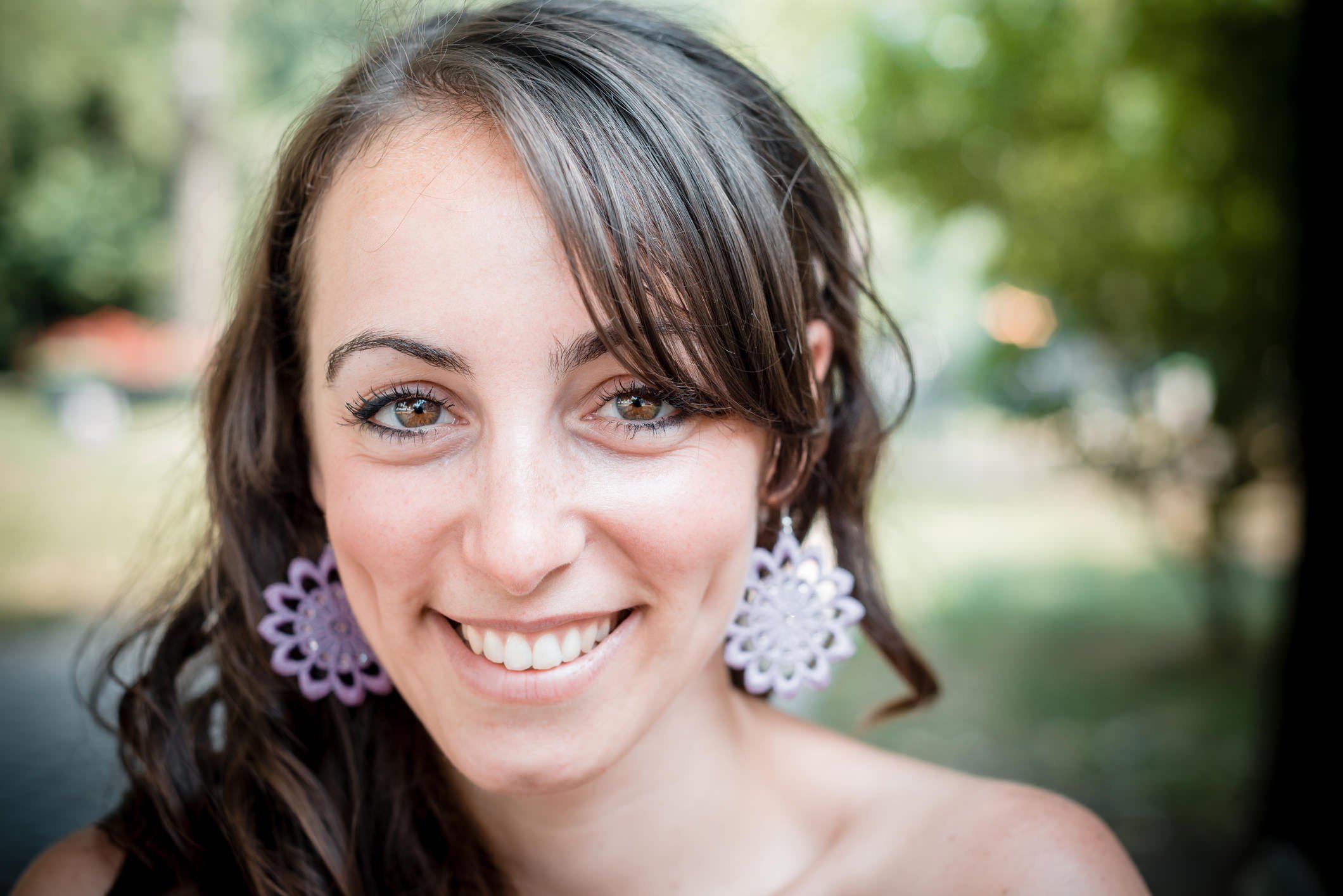 Working with depth of field is a powerful tool for photographers to use to bring attention to their subject and negate a less than attractive background. But how do you master getting shallow depth of field?

In a recent addition to our beginner’s photography series, we explore eight easy-to-implement ways you can improve your chances of getting the depth of field you see in the image above. From easy techniques like putting some distance between you and your subject, to more complex techniques like working with focal distance, this lesson will give you the tools you need to become adept at using shallow depth of field.

For the full lesson, head over to Photography Talk!

“Removed” Shows What Smartphones, Tablets Have Done to Us 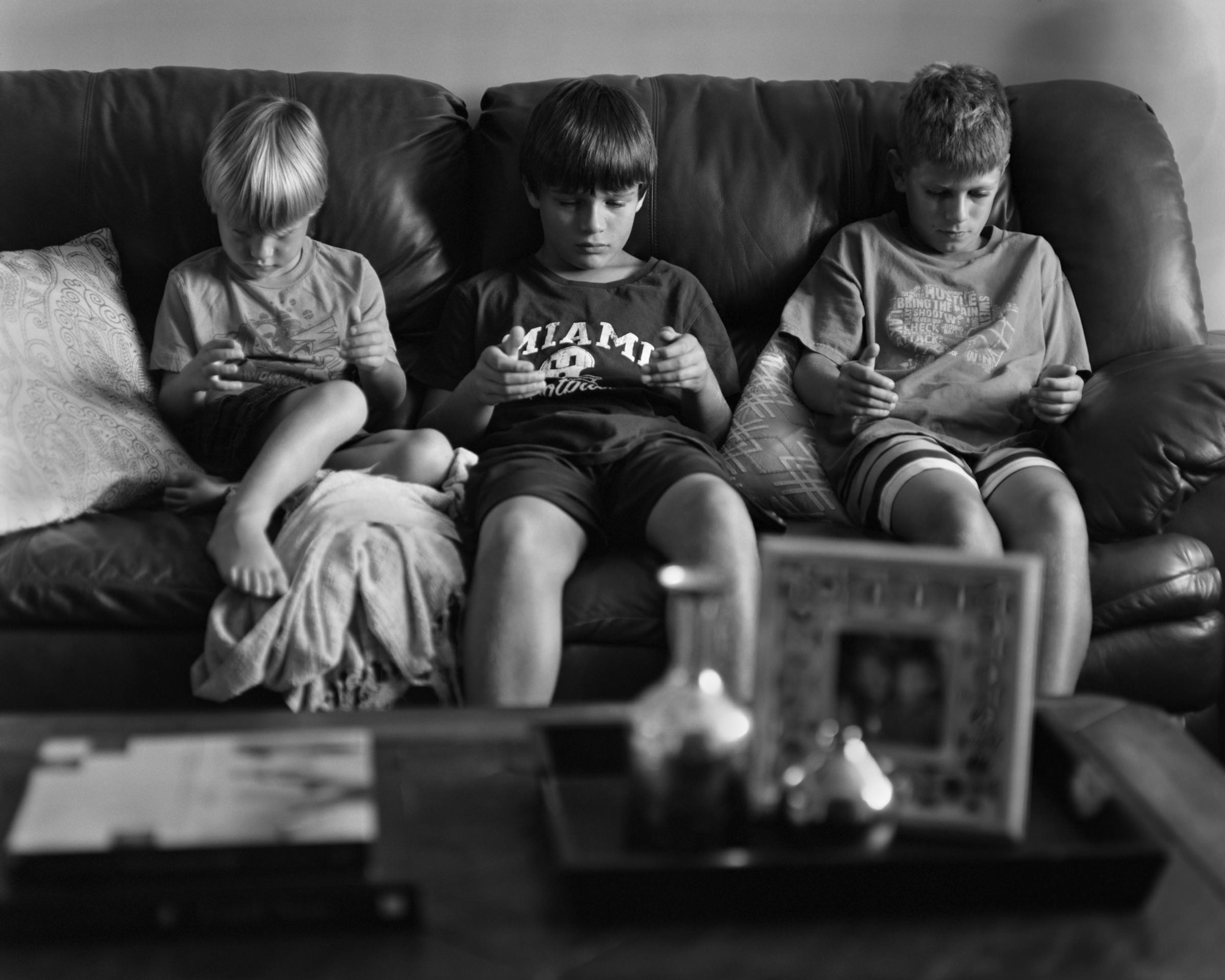 Chances are you’re reading this on your smartphone or tablet. It’s just the nature of how we do things today.

But the manner in which these technologies have changed the way we interact with one another is sometimes forgotten. In Removed, photographer Eric Pickersgill brings those changes into stark reality.

Pickersgill looked for moments in which people were totally engulfed in whatever was on their phone. After asking permission to photograph them, he had his subjects recreate their pose without their phone. The result is some pretty telling imagery about how we lead our daily lives.

For the full story and to have a look at the collection of photos, visit PetaPixel.