PT360: Episode 12 – Canon Opens Our Eyes With a Fantastic Experiment, the Sony a7II Gets a Major Update, and Star Wars Invades the Photography World. Get the Latest News and Notes, and Much More! 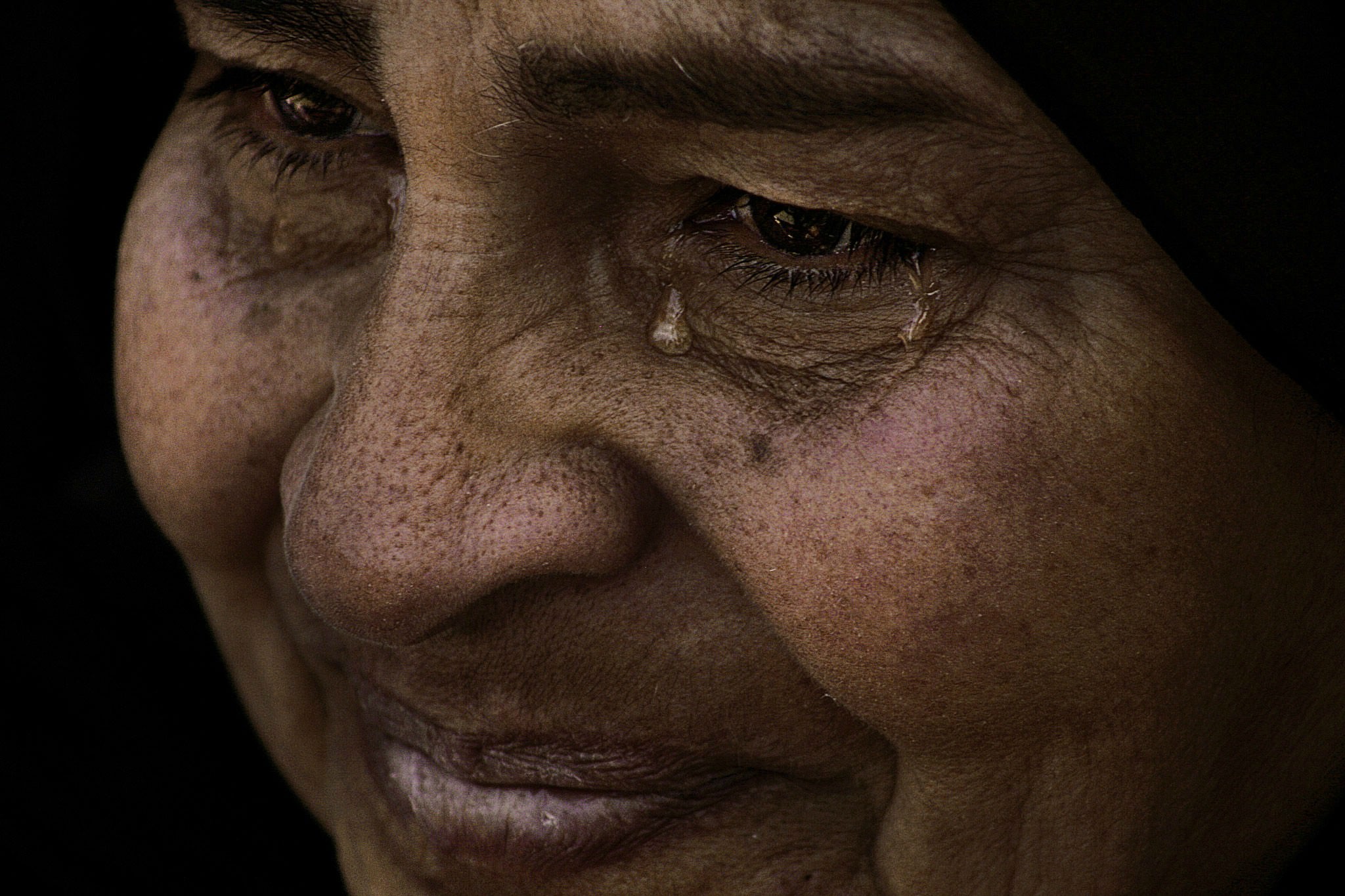 Our lead story this week is an incredible experiment Canon Australia recently completed. Needless to say, it will truly open your eyes about how we perceive the subjects we photograph. In other news, we’ve got the skinny on the four finalists for the prestigious Deutsche Börse Photography Foundation award. In rumor land, there’s new information about upcoming updates to the Sony a7II, and details about the next full-frame Canon camera. We’ve also got some interesting gadgets and gizmos to talk about, including a Chewbacca camera bag that you won’t want to miss!

Canon Gets Crafty With This Unbelievable Experiment

In a recent experiment, aptly titled Decoy, Canon Australia invited six photographers to take images of one man. But each artist was told a different story about the man they would be photographing.

Each photographer was introduced to their version of Michael and told to capture the essence of who he is. What was uncovered was a truly amazing difference in the perspective each photographer used to do so.

Take a few minutes to watch the video above, as it is an absolute must-see. It shows how deeply our preconceived notions about our subjects impact the way we photograph them.

The power of photography to bring attention to matters of importance is one of the many great attributes of the art form.

Each year, the Deutsche Börse Photography Foundation gives more than $45,000 to a photographer that has used the power of the lens to make significant contributions to photography.

Time Magazine reports that the Foundation recently released the four finalists for the prize, and their work could not be more deserving.

Laura El-Tantawy, a native of Egypt, was selected for her work highlighting the political and social tensions in that nation in the months leading up to the revolution in Tahir Square. Erik Kessels, meanwhile, took a much more personal approach to his work, which uses his father’s unfinished project to restore an old Fiat 500 as a vehicle for highlighting the debilitating impact a stroke has had on his dad.

Trevor Paglan’s work, which taps into the mysteries and secrecy surrounding modern-day governments with images of high-security areas, secret military bases, and flight tracks of drones, tackles the tension between people and the governments that spy on them. The fourth finalist, Tobias Zielony, tells another important, modern-day story by highlighting the plight of African refugees in Europe. His images and interviews with refugees capture the difficulties of being without a home, without work, and without legal representation in a foreign land.

While each photographer’s work focuses on an entirely different issue, the common thread between them is that their photos bring the struggles of the human condition to the forefront, in cold, hard, and haunting images. 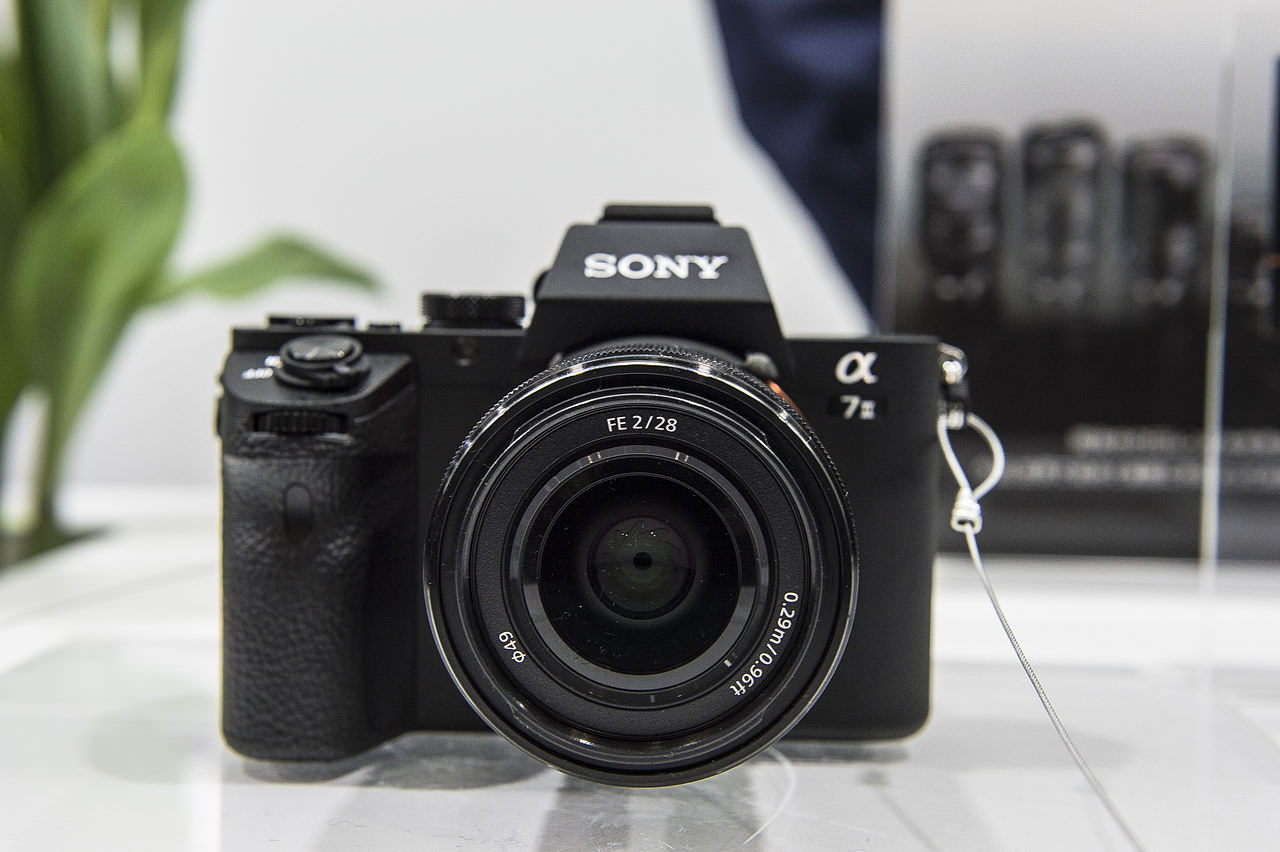 Sony is apparently continuing its trend of making uncompressed RAW files an option in its range of a7 line of mirrorless cameras.

This option will be added to the a7II via a firmware update that is scheduled for release on November 18th. Also included in the update is a performance upgrade for the camera’s AF system, which includes a 117-point on-sensor phase detection AF array that will give users faster and more accurate autofocus capabilities.

The a7 line from Sony just keeps getting better and better, and this firmware update is evidence of that. For additional details about the update and the a7 line, catch the full story on Photo Rumors. 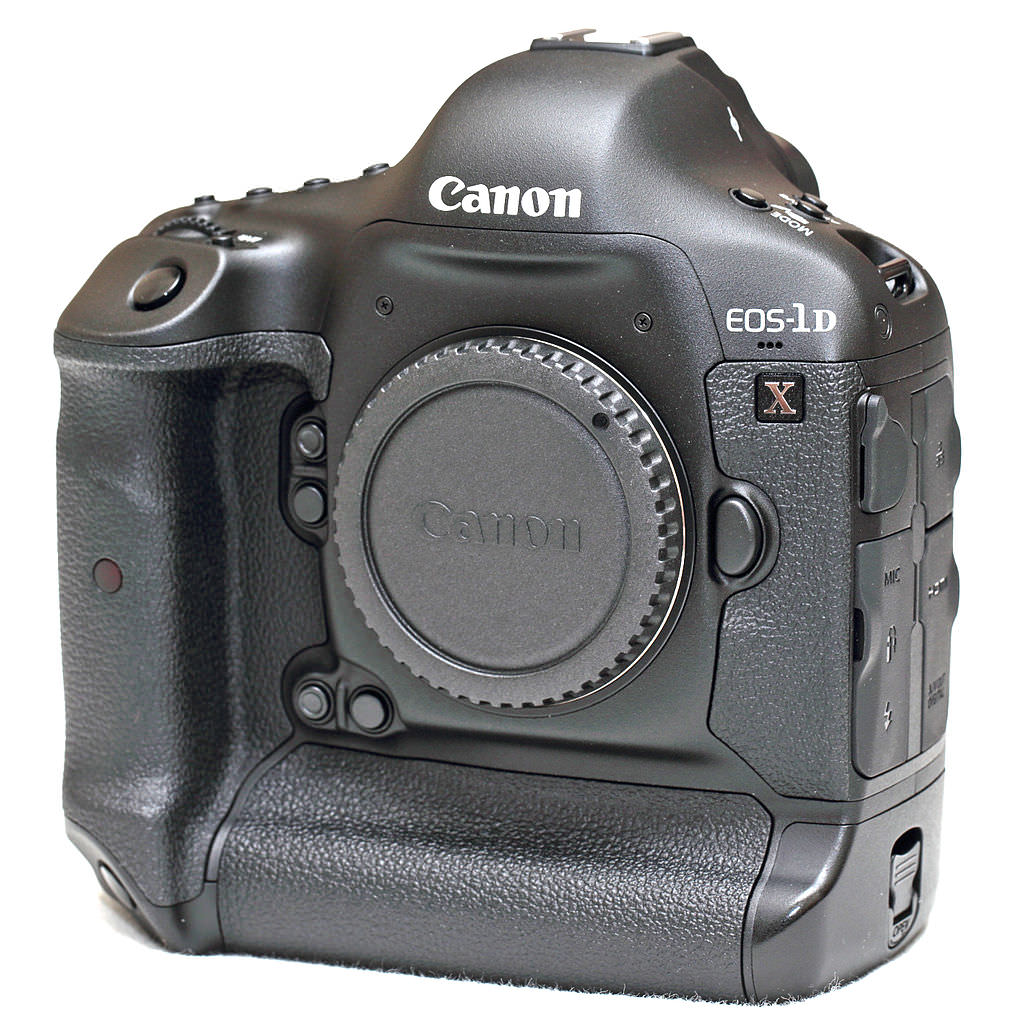 The EOS-1D X Mark II, Canon’s next full-frame camera and replacement to the current 1D X (pictured above), is rumored to be on track for release in the first quarter of next year.

Rumors are flying about the exact specs of this new flagship model. But what has been confirmed to Canon Rumors is that the camera will be the first Canon model to have the DIGIC 7 processor, and might even have TWO of them for ultra fast speed.

Another well-vetted rumor is that the 1D X Mark II will also use a new type of memory card system called CFast. Canon Rumors reports that there will likely be two CFast memory card slots, which means that there will no longer be a slot for a compact flash card. If this speculation proves to be true, buyers will need to throw a few CFast cards in their shopping card when purchasing the 1D X Mark II. 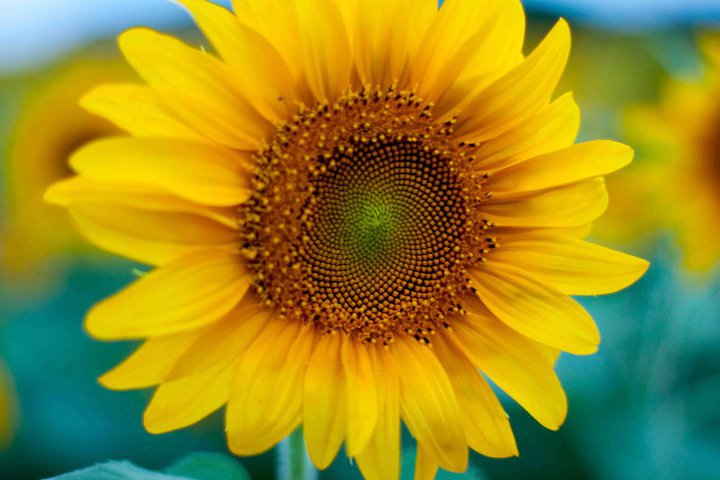 We’re going macro this week and selected this beautiful image by Photography Talk member Srid as your dose of inspiration. The spot-on focus on the center of the sunflower brings the intricate details of the flower’s head into prime view. The colors achieved in this image are also quite striking, with an excellent contrast between the bright yellows of the flower and the greens in the dreamy, out-of-focus background. We think Srid’s up-close and personal portrait of this flower is a stunner!

For those of you that want a camera that can withstand all the bumps and bruises that come with being super active, the GoPro has probably been your camera of choice. The problem with GoPro, however, is that many of its cameras come at a premium price.

But now, there’s a new camera that has a ton of features but will cost less than $70.

The ViDi Action Camera features a 12 MP CMOS sensor, a 140-degree wide-angle lens, 4x digital zoom, and 64GB of storage space. The camera is compatible with both Windows and Apple operating systems, has a 1.5” LCD display, an onboard SD card slot, and can shoot at 30fps in true 1080P HD. The bundle has a number of additional goodies as well, including a waterproof case and a selfie stick.

As ViDi’s Kickstarter campaign states, “We’re normal people…who are tired of having to choose between super expensive and poor quality when it comes to action cameras. And we think you are too.”

It seems they have found the perfect balance between pro-grade features and a reasonable price.

Watch the video above for more information about this fun new toy, or visit ViDi’s Kickstarter page. 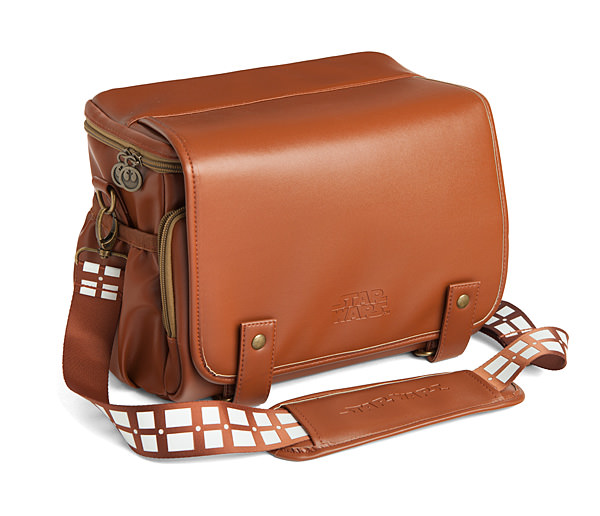 With all the hubbub about the new Star Wars movie coming out next month, it’s hard to avoid seeing a gadget here or a thingy there that is shamelessly trying to capitalize on the popularity of the films.

However, we came across a Star Wars-inspired product that might actually be of some long-term use!

The Chewbacca Camera Bag is an officially licensed Star Wars product and has all the features you’d want in a product responsible for protecting your camera, lenses, and other goodies.

There three padded dividers that you can move as you please and secure with hook and loop closures. The utility pocket has plenty of room for your extra batteries, SD cards, lens wipes, and a snack or two as well. At 12 inches wide, 8 ½ inches tall, and 6 inches deep, the bag has plenty of room for all your essentials.

It’s also not bad looking. A lot of licensed gear has over the top styling, but this bag has subtle details, like “Star Wars” imprinted on the shoulder strap and Star Wars-themed zipper pulls.

If you’re looking for a functional, nice-looking bag for the Star Wars-obsessed photographer in your life, look no further! It’s currently available at ThinkGeek for $49.99. 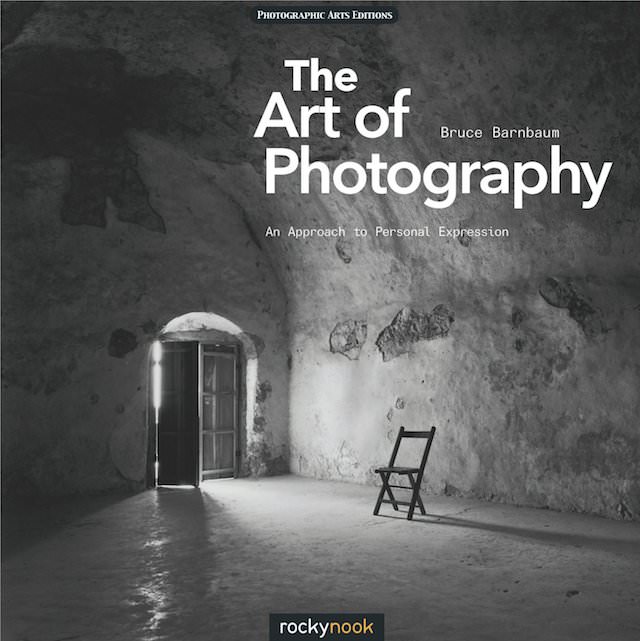 This week’s book selection is an updated classic. Originally published in 1994, The Art of Photography has become one of the most well-renowned photography texts. With hundreds of images, charts, graphs, and tables, this visual-centric book offers an easy way for readers to learn beginner, intermediate, and advanced photography techniques. But the book is about much more than technical aspects of photography. Instead, the author, Bruce Barnbaum, jumps into the creative and philosophical aspects of photography that other books don’t typically cover. It really is a must-read if you want to learn better techniques and be inspired to produce more creative images.

The updated text, entitled The Art of Photography: An Approach to Personal Expression, is available on Amazon for $19.79 for Kindle or $29.36 for paperback.