In crazy photography news, apparently there’s a new trend in which celebrities demand the rights to images taken of them. In other news, a New York-based photographer is answering Donald Trump’s incendiary comments about immigrants by highlighting them in a photo exhibition. From the Rumor Mill, we’ve got word that an electronics giant is closing its camera division, and that Canon will soon reveal a new 50mm lens. There’s also a new Sony camera on the horizon that has a whopping 399 AF points! Dive into the blog to find out more about these and other stories! 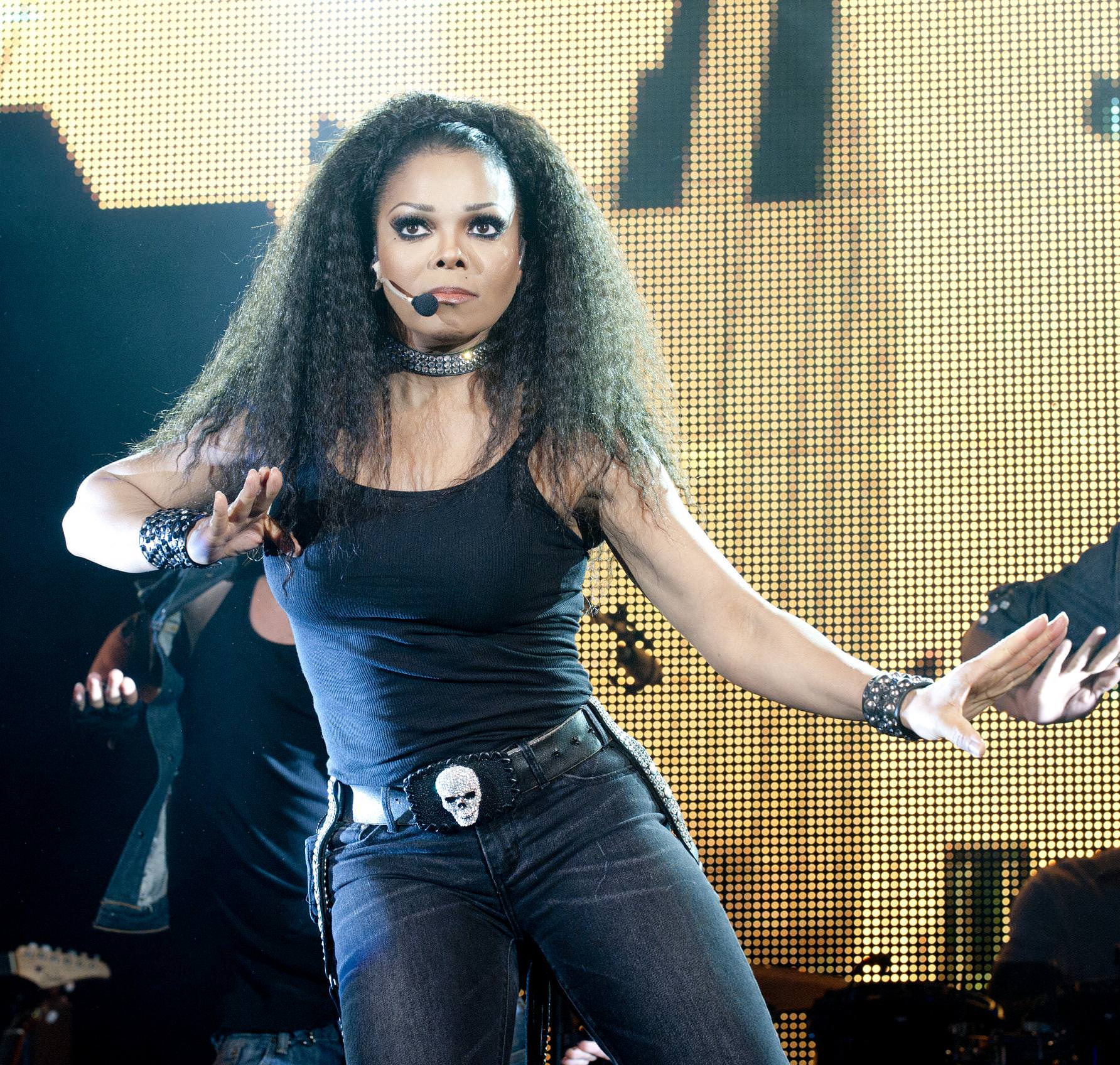 It used to be that one had to be a credentialed professional to snap images of the rich and famous. But in today’s culture, in which news, photos, and videos are wanted on-demand, the everyday Joe has a much greater role in developing and maintaining celebrity status for those who seek it.

But, this shift has also generated some rather hefty celebrity-imposed restrictions on just who retains ownership of images of their likeness. Essentially, some celebrities, including Taylor Swift and Janet Jackson, have developed contracts that demand partial or even full ownership over images taken of them. In fact, Janet Jackson’s new contract stipulates that photographers have just 30 seconds during which to photograph her and they must give up all rights to the images they create.

Unsurprisingly, professional photography organizations are not pleased with such developments. Nearly a dozen national organizations, including the National Press Photographers Association, penned an open letter protesting this type of restrictive photography contract. The argument set forth in the letter revolves around a photographer’s right to publish images that are accurate and true, not those that are hand picked by celebrities and other performers.

It will be interesting to see what happens in the coming months as photographers fight for their right to cover newsworthy events. Read more details about this issue here.

Immigrant Photographer Takes on The Donald 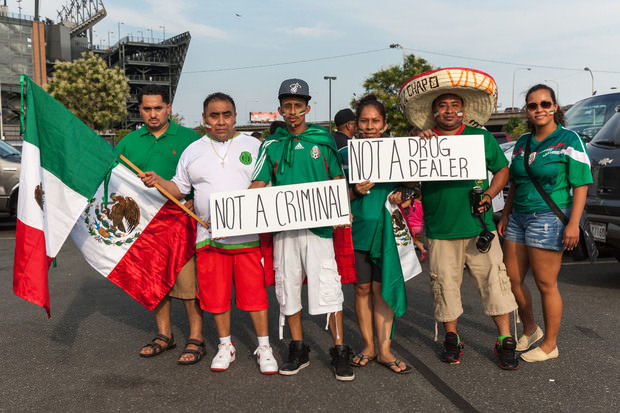 After Donald Trump made numerous incendiary comments about immigrants, calling them, among other things, rapists and drug dealers, a Queens-based photographer is striking back.

The purpose of the exhibition isn’t necessarily to chide Donald Trump, but on a larger scale is intended to serve as a reminder that the United States is a nation built on immigration. The show will remain on view through December 31st. Get more information about the exhibit on DNAinfo.

Samsung May Be Closing the Doors on Its Camera Business 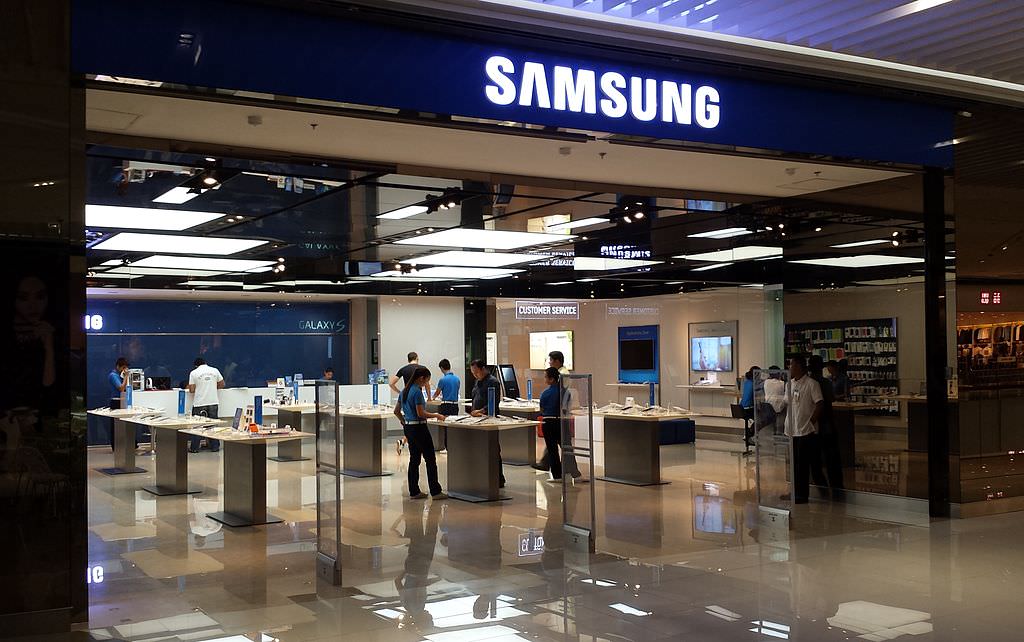 Multiple reports over the last few months indicate that Samsung may soon be out of the camera business.

While there haven’t been any official announcements from the company, there have been signs of a dire situation for the company’s camera division, which has been hemorrhaging money over the last five years. As reported by PetaPixel, just last month, Samsung announced its NX1 camera would be discontinued in three markets – Europe, Hong Kong, and Australia. That move seems strange given that the NX1 is a relatively new camera and since the holiday shopping season is just now beginning. What’s more, there have been no announcements about new offerings or cameras in development for next year.

We will keep an eye on the situation as it continues to develop.

Canon Lovers: A New 50MM Lens is On the Way! 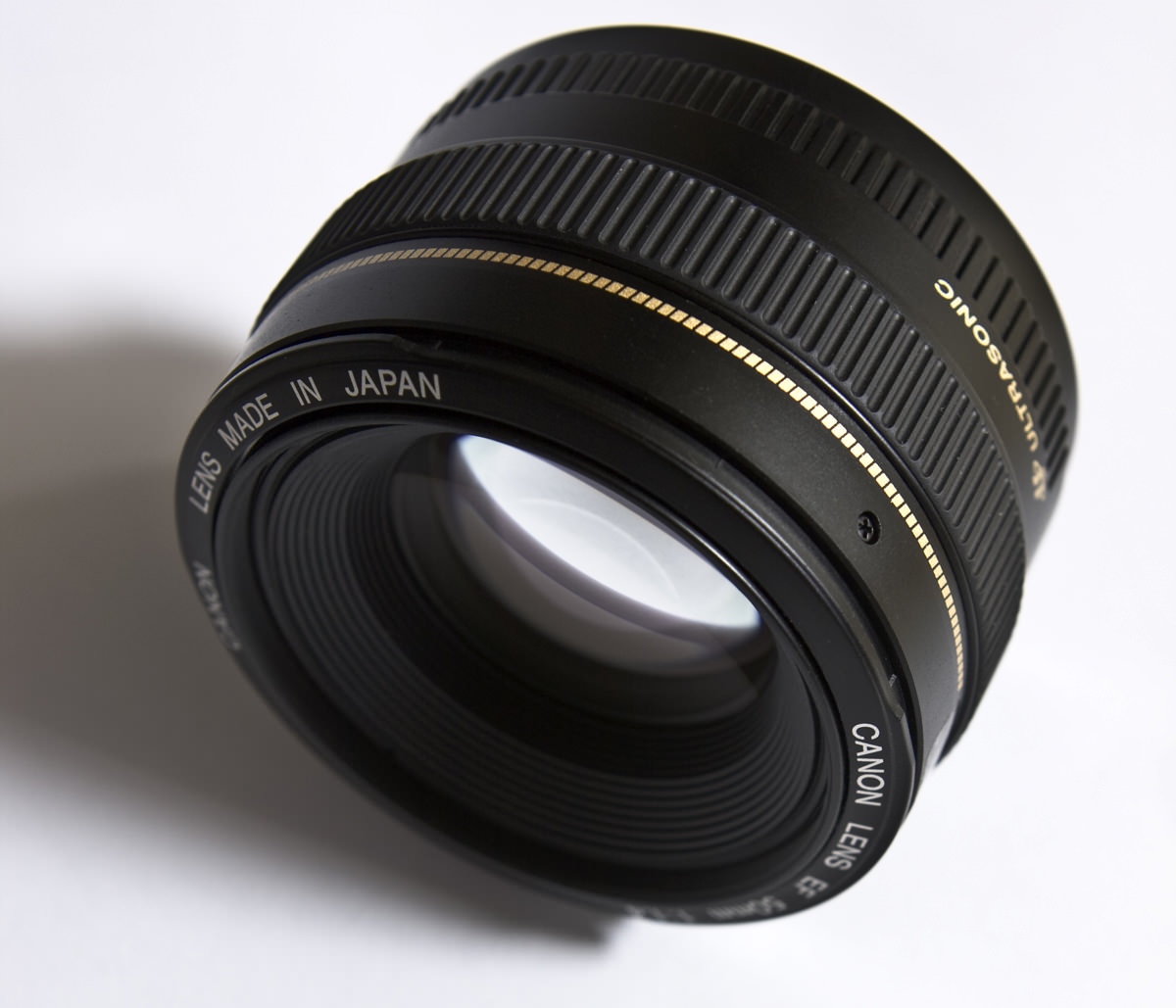 Canon’s venerable 50mm f/1.4 lens is set to get a much-needed replacement in the near future.

Among the rumored improvements are better optics and a closer working distance than the current model. Left off the list of new features is image stabilization. The lens seems likely to keep the current ring-type USM motor as well, according to New Camera.

Nonetheless, this is exciting news for Canon fans. More is sure to come in the next months, so stay tuned!

Do 4D Focusing and 4K Video Sound Nice? This Sony Camera May Have Both 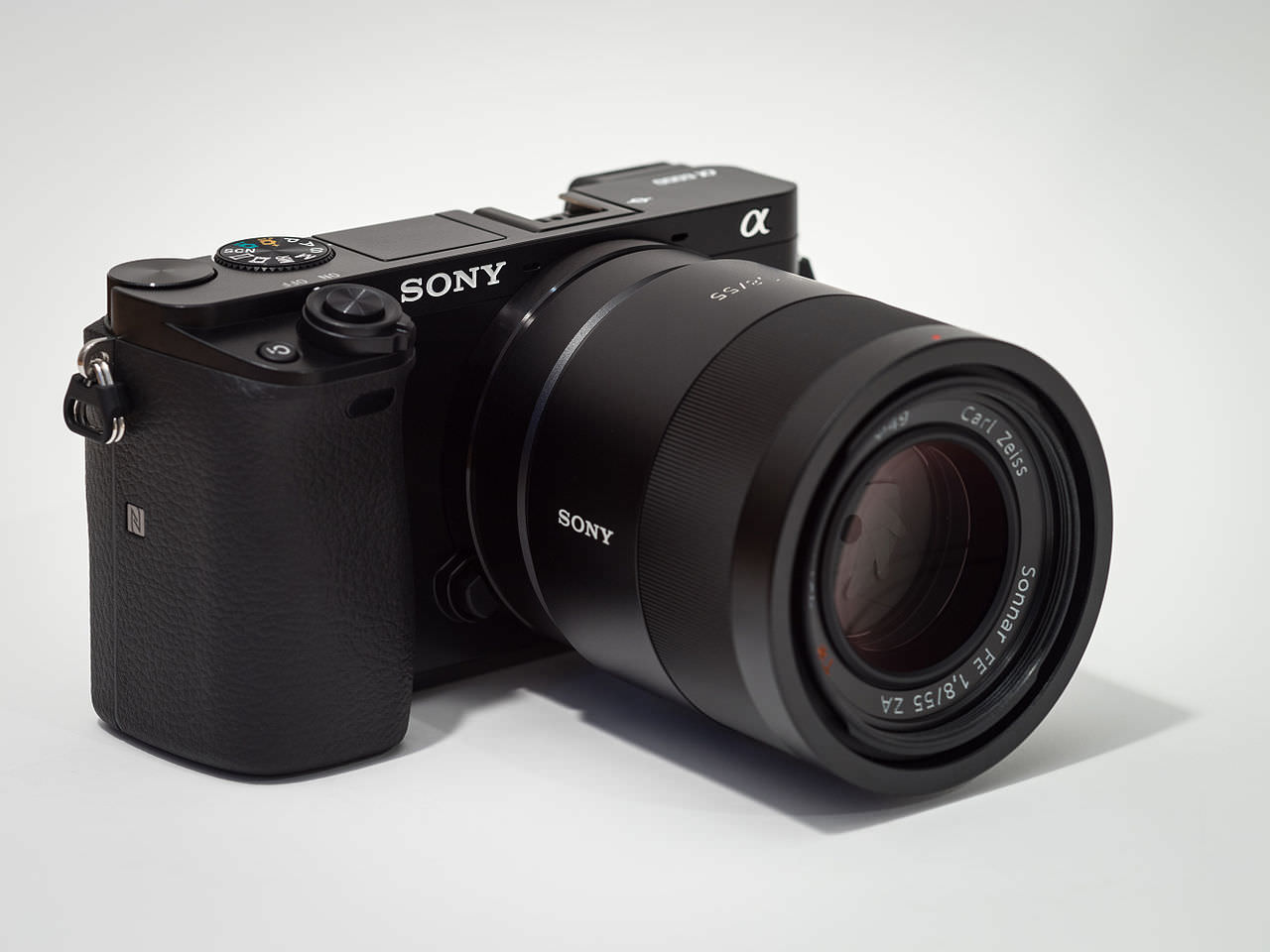 Rumors have been flying about a new Sony camera that will have the same 4D focusing capabilities of the Sony a68. Additionally, the camera, which may be called the a6100 or a7000, will have 4K video capabilities, 399 AF points, and a 28MP Exmor R sensor. It is expected to be similar in size to the a6000 pictured above.

According to Sony Alpha Rumors, the official announcement for the camera is expected by the end of this month, which would likely put it in buyers’ hands sometime early next year. 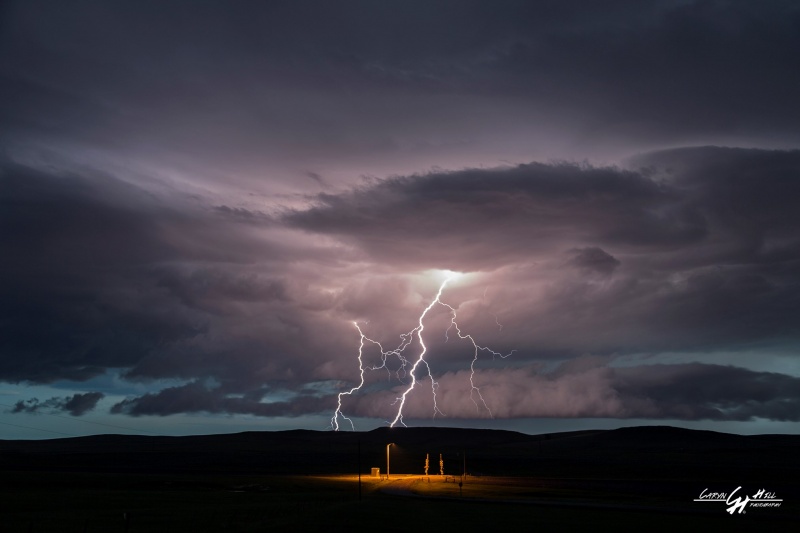 This week’s photographic inspiration comes from Photography Talk member Caryn Hill. The image, entitled Double Delightning, is striking in more ways than one. It’s incredibly difficult to get a good image of lighting in the first place, but Caryn managed to do that and more. The reflection of the light off the storm clouds adds an ominous touch, while the splash of light in the foreground from the streetlight adds a bit of mystery to the shot. Let’s use this incredible image as inspiration to get out there and take some incredible images of our own this coming week! 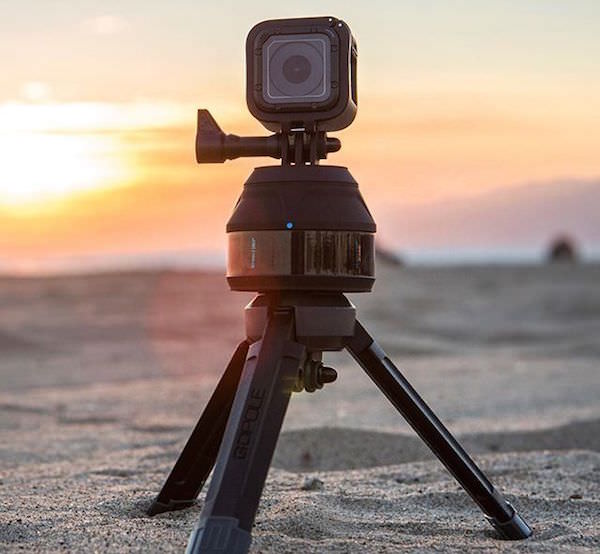 If you’ve got a GoPro, there’s a new must-have gadget you should consider adding to your stash of GoPro goodies.

The Scenelapse 360° is a rotating device that gives you the capability of shooting a 360° time lapse in just one-hour. Scenelapse also allows you to take panoramic photos with just a few manual inputs. Just set up the duration of the shoot and the angle, and Scenelapse will handle the rest.

The gadget relies on mechanical operation, so it doesn’t require a battery, nor do you have to worry about it running out of juice. The removable GoPro mount means you can mount other cameras onto it as well.

At $35, this is a pretty great buy for the photographer in your life! Get more information about the Scenelapse on GadgetFlow.

Starting a Photography Business? Give These 3 Podcasts a Listen!

There are all kinds of tips and how-to tutorials out there for taking a better photo, but the selection is much more limited in terms of pointers (good ones, anyway) for getting started off on the right foot when getting your photography business going.

However, FStoppers recently unveiled a list of three excellent podcasts that focus exclusively on starting and building a photography business. From marketing and sales to getting bigger clients and developing a website, each podcast offers up valuable information for making a good living out of taking pictures.

A highly recommended podcast, Full Time Photographer with Josh Rossi dives deep into what you can do to make more money. In fact, his tagline is, “How I went from $500 an image to $50,000 an image,” so hearing what he has to say is definitely worth it. He interviews photography giants, discusses common business mistakes, and highlights other valuable information that will help you grow a successful business. With over 300 episodes, Rossi has a lot of good stuff to offer!

Creative Warriors Podcast, the brainchild of business coach Jeffrey Shaw, is a podcast for all creative types. Shaw interviews all kinds of creative professionals and provides insights that will help any artist improve his or her business. Common topics explore time management, marketing, and social media. There are currently over 100 episodes from which to choose, each with great nuggets of information for brand new or established photographers alike.

If you want to go really deep into the workings of a photography business, Sprouting Photographer Podcast is for you! Hosts Brian Caporicci and Robert Nowell spend many of their 30-45-minute episodes interviewing some of the most influential photographers in the world. Each interview sheds light on how these photography giants have been able to find – and maintain – success. Learn how to build a solid portfolio, drive traffic to your website, market yourself effectively, and much more!