In the 16th episode of PT360, we highlight the ongoing debate about digital photography and how some photographers are calling it a vehicle for liars. Elsewhere in the news, Flickr has announced which camera is top dog this year while Samsung has pulled out of yet another major camera market. In Rumorville, the highly anticipated GoPro Hero 5 is delayed again. We’ve also got some insights into fun new photography gear, amazing photos of the Northern Lights, and a quick how-to lesson on keeping your camera’s sensor clean. 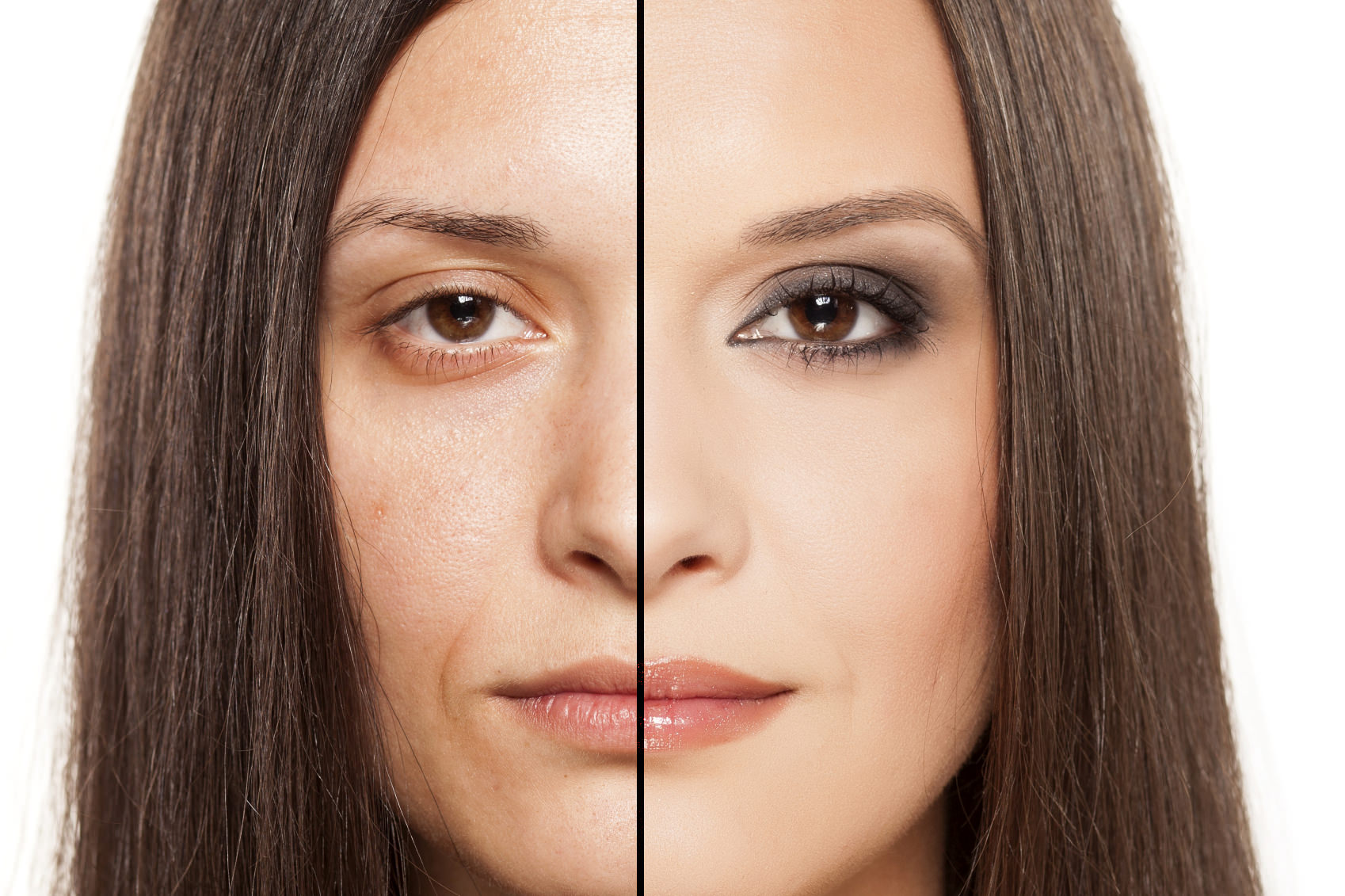 There’s been a lot of hubbub lately about the authenticity of digital photos. In fact, we reported recently about how Reuters will no longer accept RAW image files from photographers because there’s just too much opportunity to turn the image into something that doesn’t reflect reality.

Now, famed war photographer Don McCullin is calling out digital photography as something that “can’t be trusted.”

McCullin posits that digital images give photographers free license to move things around, hide things, and otherwise manipulate the scene such that the truth is “hijacked.” He also laments that the art world has taken digital photography away from a medium of communication to a place of subjective art.

Some of McCullin’s critics claim that he’s being too negative and unjustly pointing the finger at modern photographers for ruining it as a way to pass information to others. However, McCullin is quick to push back, stating that he’s “quite happy to be called a photographer.” It’s just that seeing so much pain and death over the years makes him cringe when people take creative license to create something artistic instead of something real.

Read more about McCullin’s critique of modern photography at The Guardian.

Flickr’s Year in Review Crowns the iPhone the Top Camera

The use of mobile phones as cameras continues to rise, as evidenced by the fact that the iPhone is the most popular camera used for photos on Flickr.

Mac Rumors reports that an astonishing 42% of photos on the photo-sharing site were taken with an iPhone. That’s nearly as much as both Canon (27%) and Nikon (16%) combined. This is impressive growth considering that Apple only surpassed Nikon as the second most popular camera brand on the platform less than a year ago.

As far as iPhones go, the 6 is the most popular variant at the moment. The 5s, 6 Plus, and 5 aren’t too far behind. Expect to see the 6s and 6s Plus join that list in the very near future.

We reported a few weeks ago about the rumor floating around that Samsung would soon be out of the camera business.

That rumor appears to be growing ever more true as the company recently announced it would pull out of the UK camera market. This comes on the heels of Samsung making the same decision elsewhere in Europe, as well as in Australia.

All of these market closures have come during the busiest shopping season of the year, with Christmas just around the corner. The timing alone seems to spell doom for a once promising camera division that took the lead in the burgeoning mirrorless camera market.

Samsung insists that this and other market closures are based solely on “local market conditions.” But as more and more markets are closed, one has to wonder how much longer before there is an official announcement regarding the end of camera production as a whole. 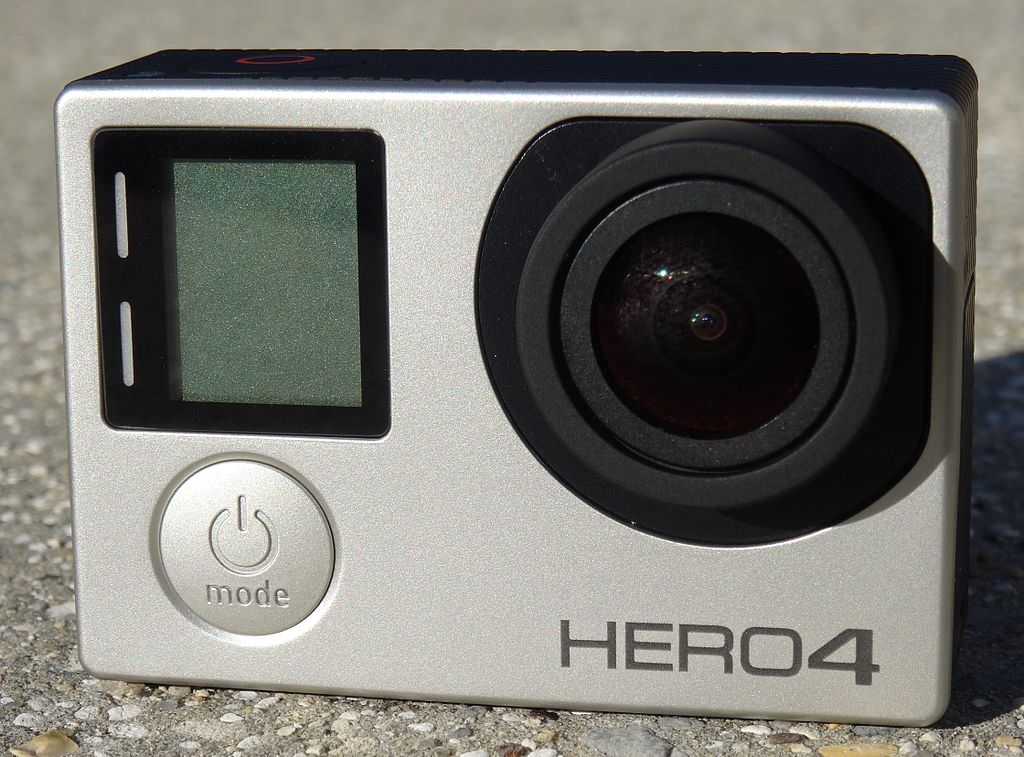 GoPro fans have been waiting for months for the new Hero 5 camera. It seems as though they will have to continue waiting.

Originally slated for an October release, then a holiday release, the camera now will not be available until sometime next year according to Christian Today. Of course, when next year is still a mystery.

Details about the Hero 5 are sparse – limited only to rumors that it will be more compact and have enhanced waterproofing over its Hero 4 predecessor, pictured above. A longer-life battery is also rumored to be among the camera’s improved features.

Images of the Northern Lights are Completely Awe-Inspiring 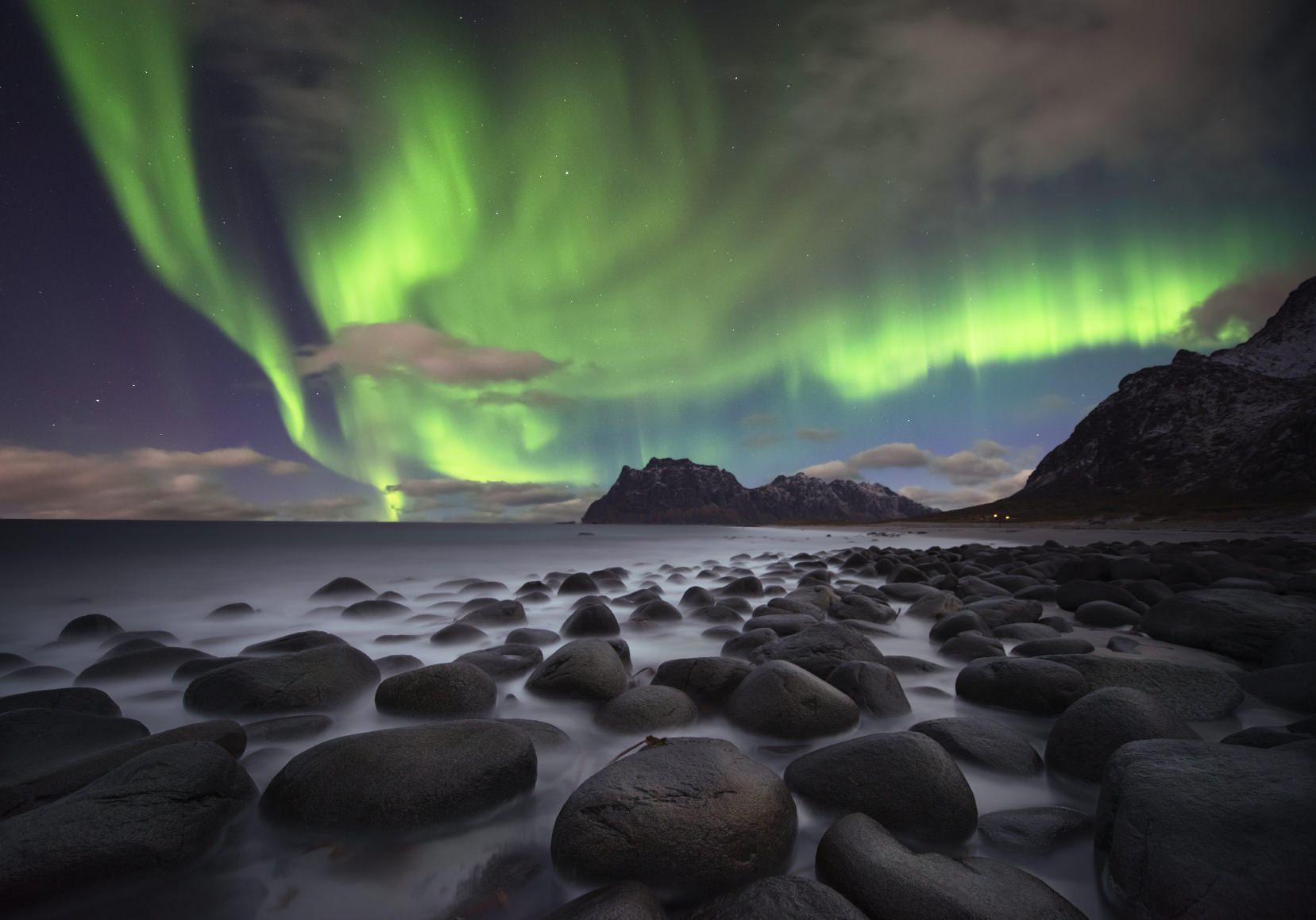 Photographer Neil Zeller has become a specialist in a rare, yet breathtaking form of photography. Aurora photography focuses on capturing the beauty of the Northern Lights, which he does mostly from outside Calgary, Alberta, Canada.

Zeller’s photos are stunning, to say the least. But the lengths he will go to in order to get a good shot are pretty stunning as well. There’s the cold, Canadian nights with which to contend, the rapidly changing winter weather conditions often found in Canada, the patience required to sit through multiple long exposures, and the driving – sometimes up to 300 miles in one night, just to get a good shot.

His dedication certainly pays off. View his collection of images and read more about Zeller at The Weather Channel.

Concept of the Week

Keeping It Clean: Preventative Measures to Keep Dust Off Your Sensor 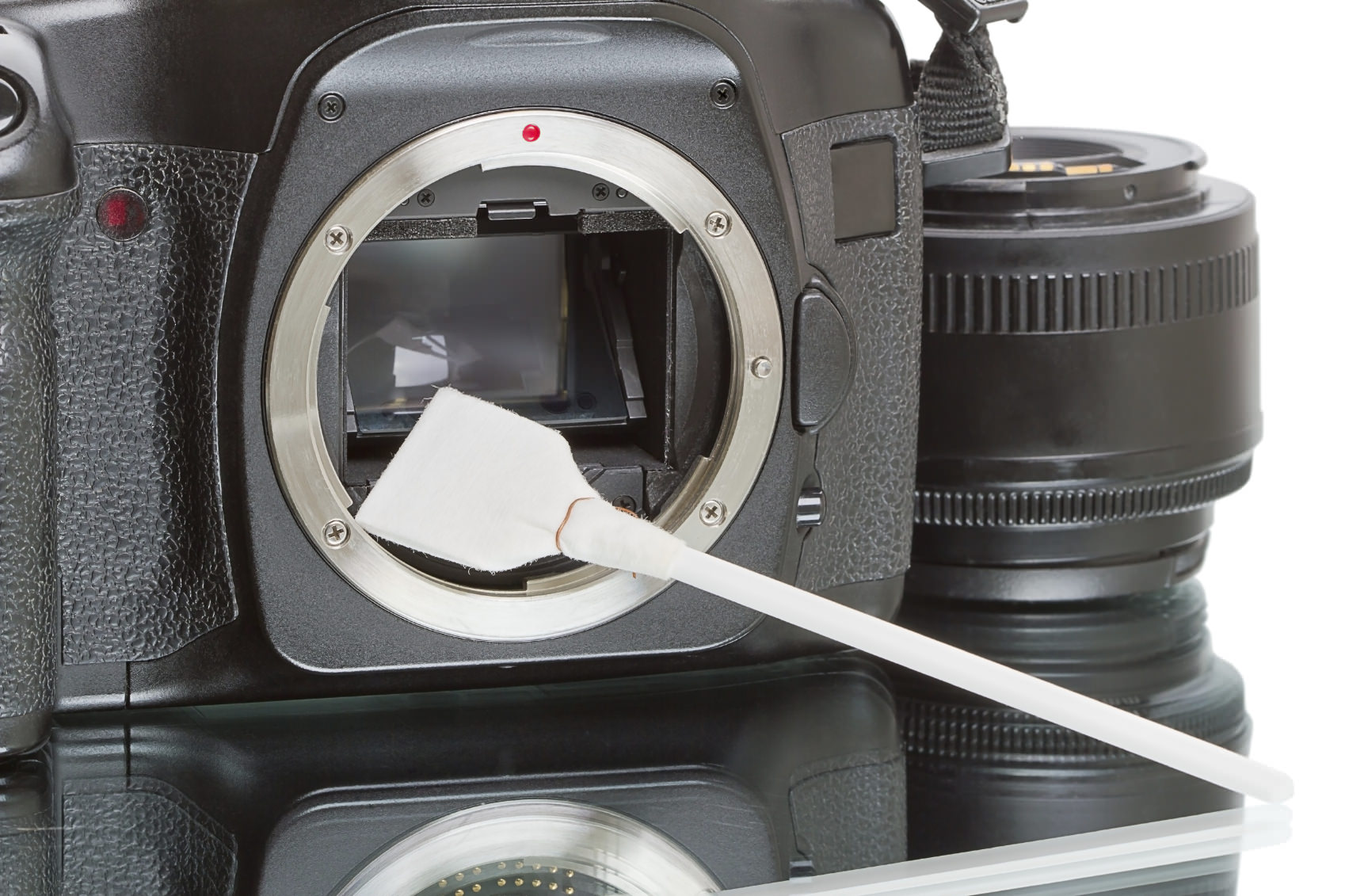 Dust is absolutely everywhere, so there’s nothing you can do to prevent all dust from entering into your camera. However, there are several things you can do to minimize how much dust finds its way to the fragile and sensitive components inside your camera body.

If your camera is pointing skyward while there is no lens attached, dust will be able to freely fall right into the camera body. Instead, aim your camera downward and use gravity to help you keep dust out of your camera.

Ensuring that your lenses, lens caps, and camera bag are clean will help keep your sensor as clean as possible as well.

If you limit the number of lens changes you make, you limit the time the camera body is open to foreign objects. Try to plan ahead so you have the best lens for each situation.

If the Wind is Blowing, Don’t Change Lenses

Changing lenses in dusty or windy conditions will make it much more likely that your sensor gets dirty. If at all possible, swap out lenses in a dust-free environment (or as close to it as possible).

Like these tips? Want unlimited access to our entire PT Lab that has over 600 photography lessons with more being added in each week? Cyber Sale ends tomorrow... save 50% on Lifetime memberships!

Yes, Make Me a Better Photographer

I've been behind a camera for over 35 years and trust me, you never stop learning. Thank you PhotographyTalk.

I love PhotographyTalk! I'm an amateur photographer, the tips and articles have helped me get better!

Clearly it has been 'for me' the best learning site. Everything I need to learn is right there, a click away! Thank You PhotographyTalk!

Is the Winter Cold Giving Your Fingers the Blues? Try These New Gloves Just for Photographers! 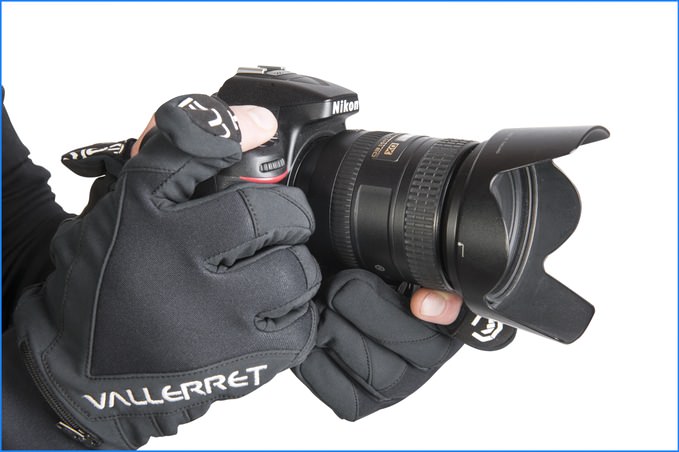 You won’t need to worry about cold hands or fighting with bulky gloves with the handy new Vallerret Photography Gloves.

Designed by photography and winter sports enthusiasts in Norway, the glove is a sort of hybrid between a snowboard pipe glove and one that’s specially designed for photographers.

There’s convenient finger flaps on the thumb and pointer finger areas so you can actually touch the camera and make necessary adjustments without fumbling through the process while gloved. Inside, the lining is merino wool for warmth and comfort. Outside, the gloves are reinforced with neoprene at the knuckles and cuffs for strength and durability.

There are special features for photographers as well. There’s a microfiber strip along the interior portion of the glove, which is meant to give photographers a means of gently wiping snow off the front element of their lens. There’s also a zippered SD card compartment for quick and easy card swapping.

As of writing, there’s little less than a month to go before the Kickstarter end date, but the goal is already well in hand. If you decide to buy the gloves, it will set you back $64, with expected delivery in March 2016.

This Book Will Help You Take Better Pictures 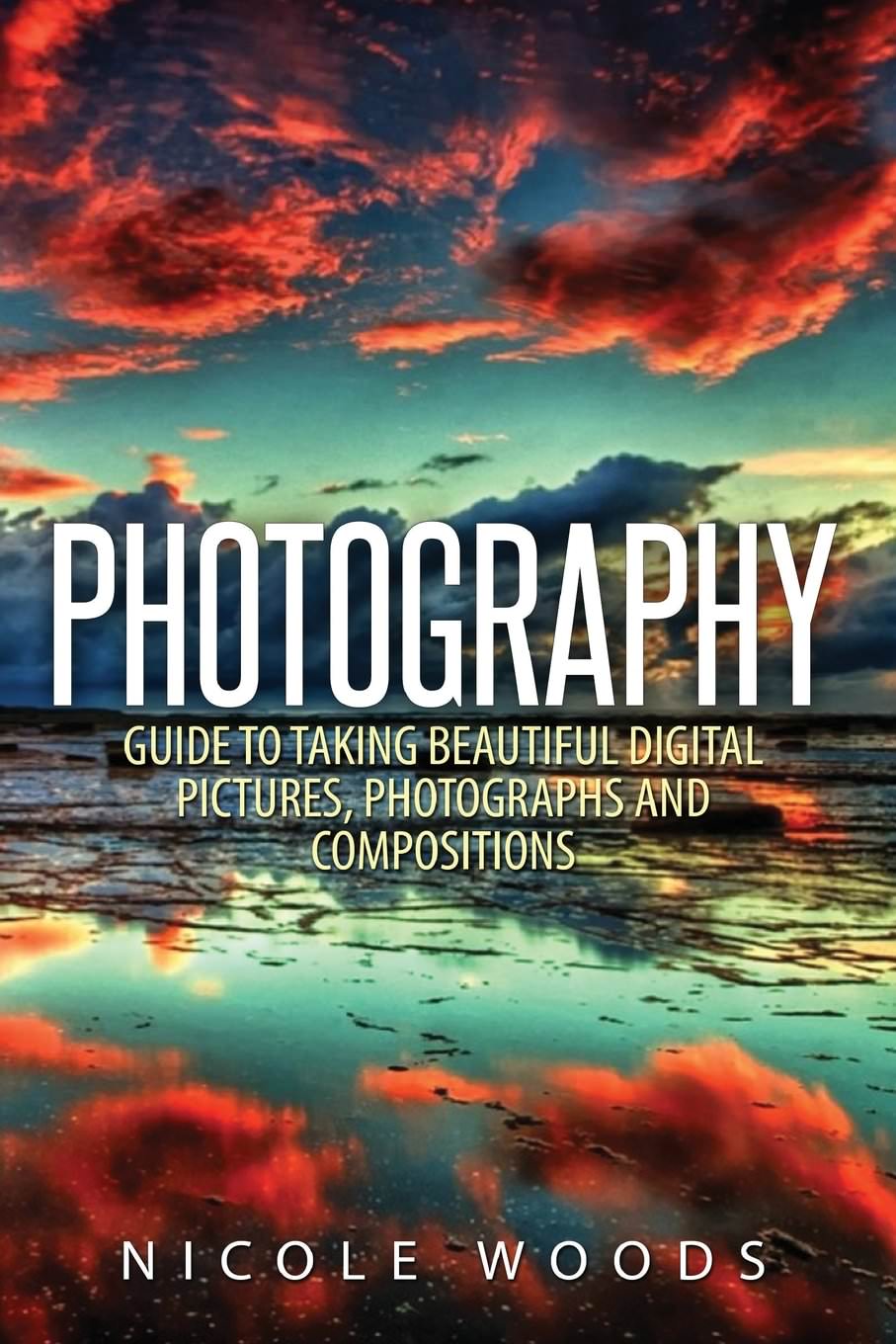 Author Nicole Woods, in her book Photography: Complete Guide to Taking Stunning, Beautiful Pictures, gives readers insights into the tricks of the trade that will help you take better pictures. The comprehensive text explores everything from technique to equipment, with input from world-renowned photographers and stunning imagery to get your creative juices flowing. As one of the highest rated photography books on Amazon, it’s well worth the $13.98 price tag.