We’ve got a full slate of fun news and notes from around the photography world for you this week. In the news, Uncle Sam is looking for a few good photographers. Could it be the dream job you’ve been seeking? In other news, Polaroid has announced Polaroid University, an online learning program for aspiring photographers. In the rumor mill, both Nikon and Pentax have teased features on their newest cameras, both debuting next year. We’ve also got some amazing aerial photography of New York City to share, and some great photography-related holiday gift ideas for kids. Let’s get started! 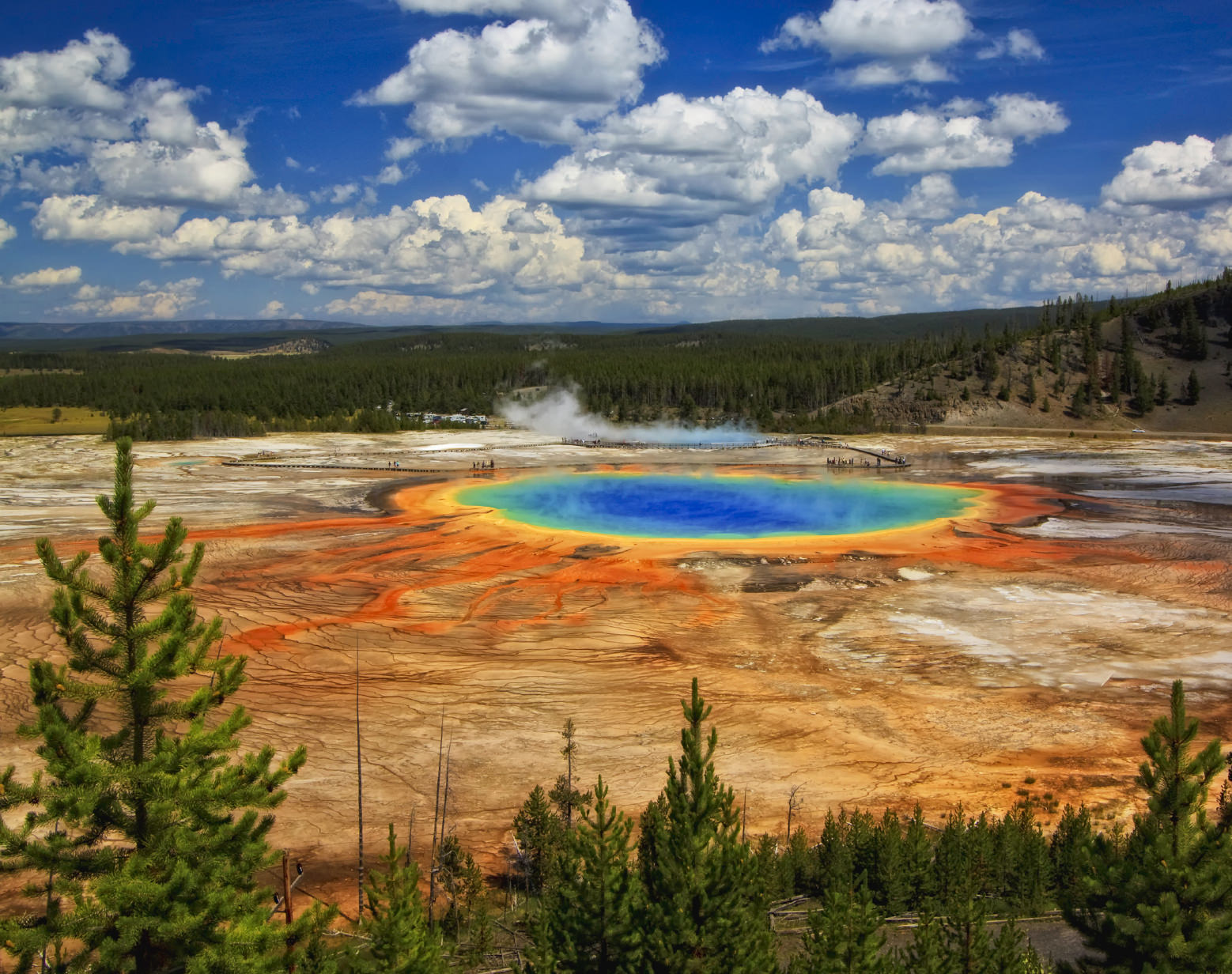 The National Park Service (NPS) has set many-a-photographer’s hearts aflutter with a recent job posting for a full-time photography position.

Produces large-format photographic documentation to the Secretary of the Interior's Standards for the HABS/HAER/HALS permanent collection at the Library of Congress. Develops photographic guidelines and standards for traditional and born-digital photographic processes and products.  Produces exhibition quality prints for exhibition, publication, or other visual purposes.  Evaluates submissions and provides advice and assistance concerning production of photographic documentation for donations to the collection or for mitigation purposes.  Makes presentations about the collection or the programs to various public and private groups.

Clearly, the listing is for a job with lab-based duties that will require significant time processing images, overseeing the work of others, and evaluating pieces donated to the NPS. Not to mention, it’s based in Washington, D.C., so, people that envision traveling to every national park to take pictures of mountains and wildlife will be disappointed.

Having said that, there is a good amount of travel time required (about 25%), so there may be opportunities for some Ansel Adams-like moments. Plus, the pay, which ranges from the low $60,000s to just under $100,000 a year, isn’t anything to complain about.

Get more details about the job in the official job posting. 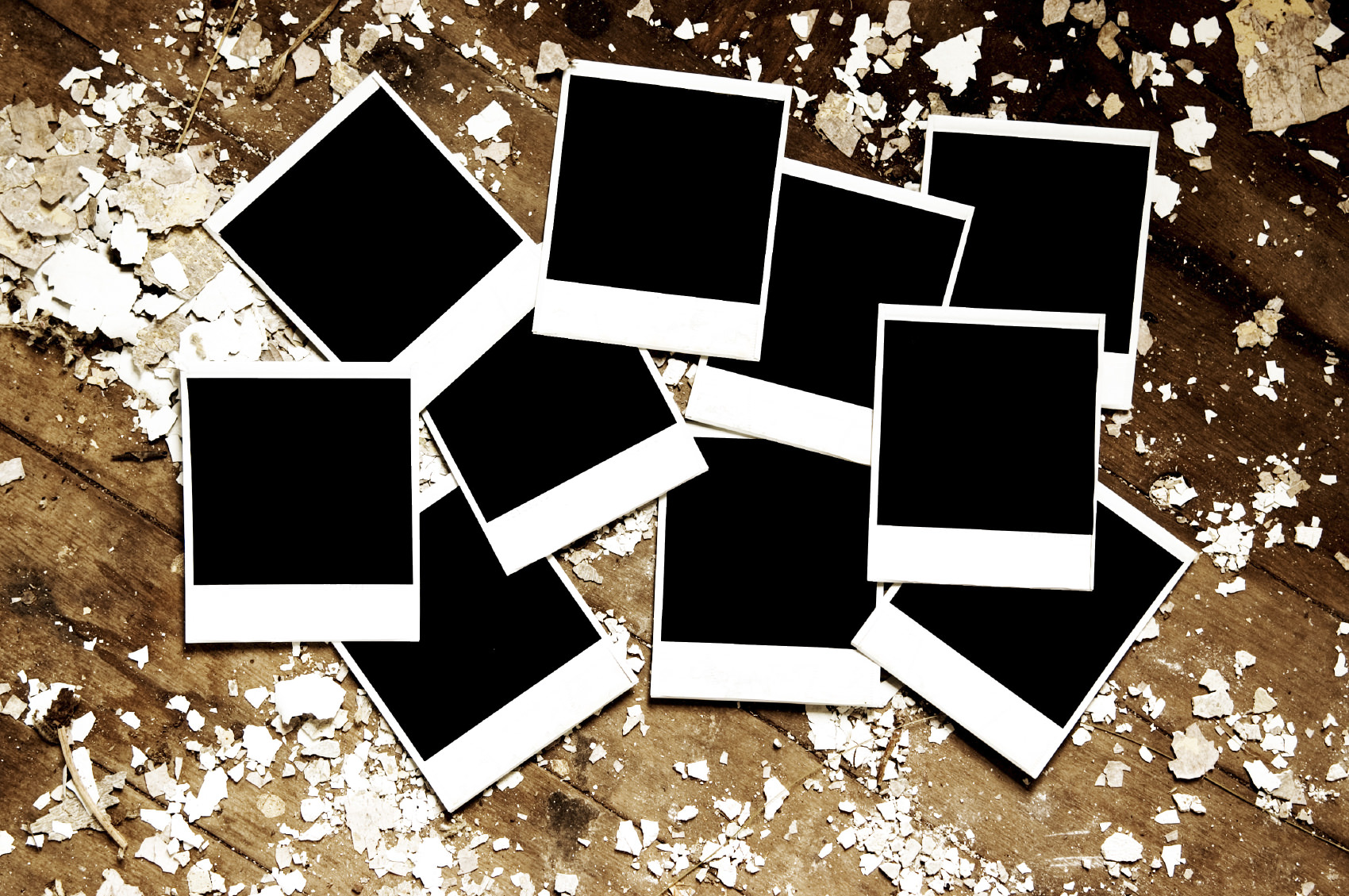 Founded by award-winning photographer Marc Serota, Polaroid University is a master-course for photographers of all ages and ability levels who want to expand their skillset and go beyond simple smartphone photos.

The course begins with a video on smartphone usage to teach the basics of composition. From there, students learn how to use DSLRs, action cameras, and other devices to capture stunning images. In all, there will be around 20 video lessons available by the year’s end, with more than 30 more lessons coming online in 2016.

The first lesson, How to Use the New iPhone, is available for free on the Polaroid University website. Access to all future lessons requires payment of $19.95. 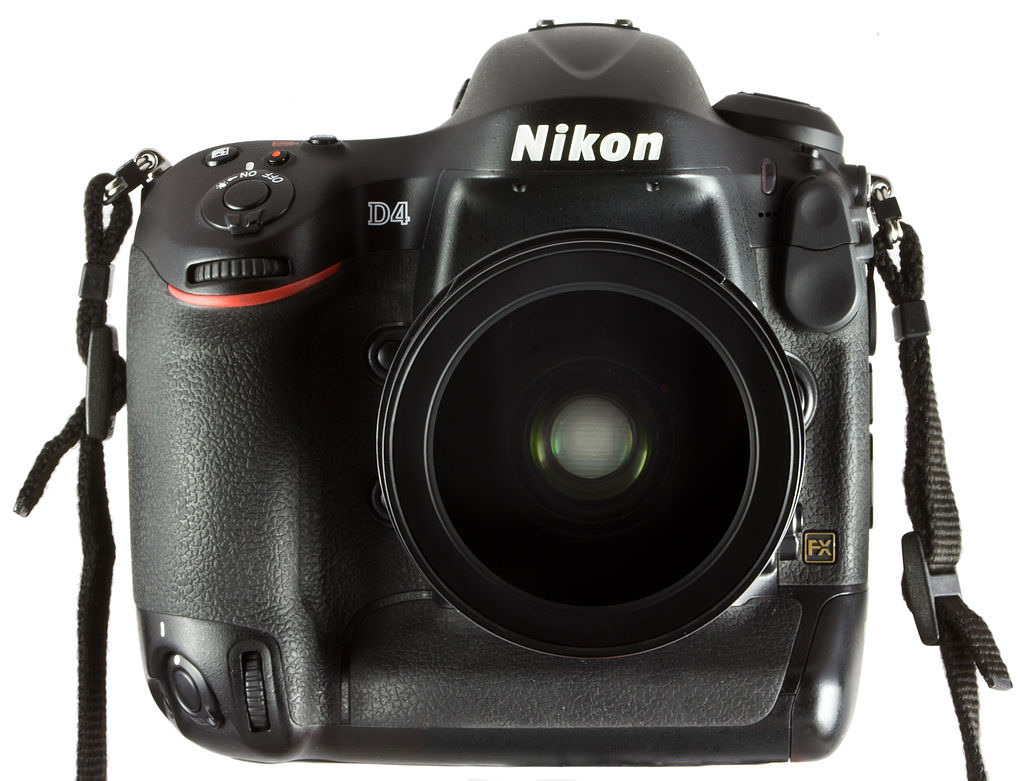 A couple of weeks ago, we previewed some of the rumored specs about Nikon’s new D5 camera that will replace the D4, pictured above. Here are the latest figures:

Many of these specs are still filed in the “not totally sure” department, but some, like the number of autofocus points and ISO figure are as close to confirmed as it gets.

According to Nikon Rumors, expect an official announcement about the D5 from Nikon sometime in the first quarter of 2016. 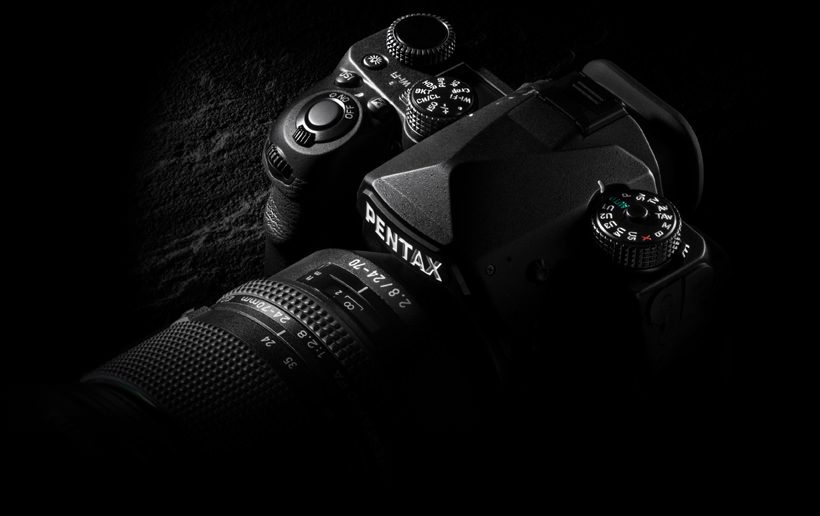 The as-yet-unnamed, forthcoming full-frame DSLR from Pentax is being teased more and more, with new images of the prototype having been released a few days ago.

While many details about the new camera are still under wraps, Pentax has let the cat out of the bag regarding a few of the camera’s features.

Here are the details released by Ricoh, Pentax’s parent company:

The new Pentax 35mm full-frame digital SLR camera is equipped with an image sensor for 35 mm full-size images and uses the K-mount lens system. The camera is compatible with all K-mount lenses, such as the FA lenses, which can be used with the same angle of view as with 35mm film cameras. As for the APS-C-size image sensor, the DA lens series, the cropping function makes it possible to use the APS-C-size center portion of an image. By changing the settings, you can also choose a 35mm full-frame angle of view. The D FA lens series—which is beautifully suited to digital images—covers all of these capabilities, including, of course, the 35-mm full-size angle of view.

Pentax also released some sample images taken with the new camera. Check out those images as well as other news and notes on the camera on the Pentax website.

This Photographer Takes Aerial Photos of NYC; You Won’t Believe What He’s Seen 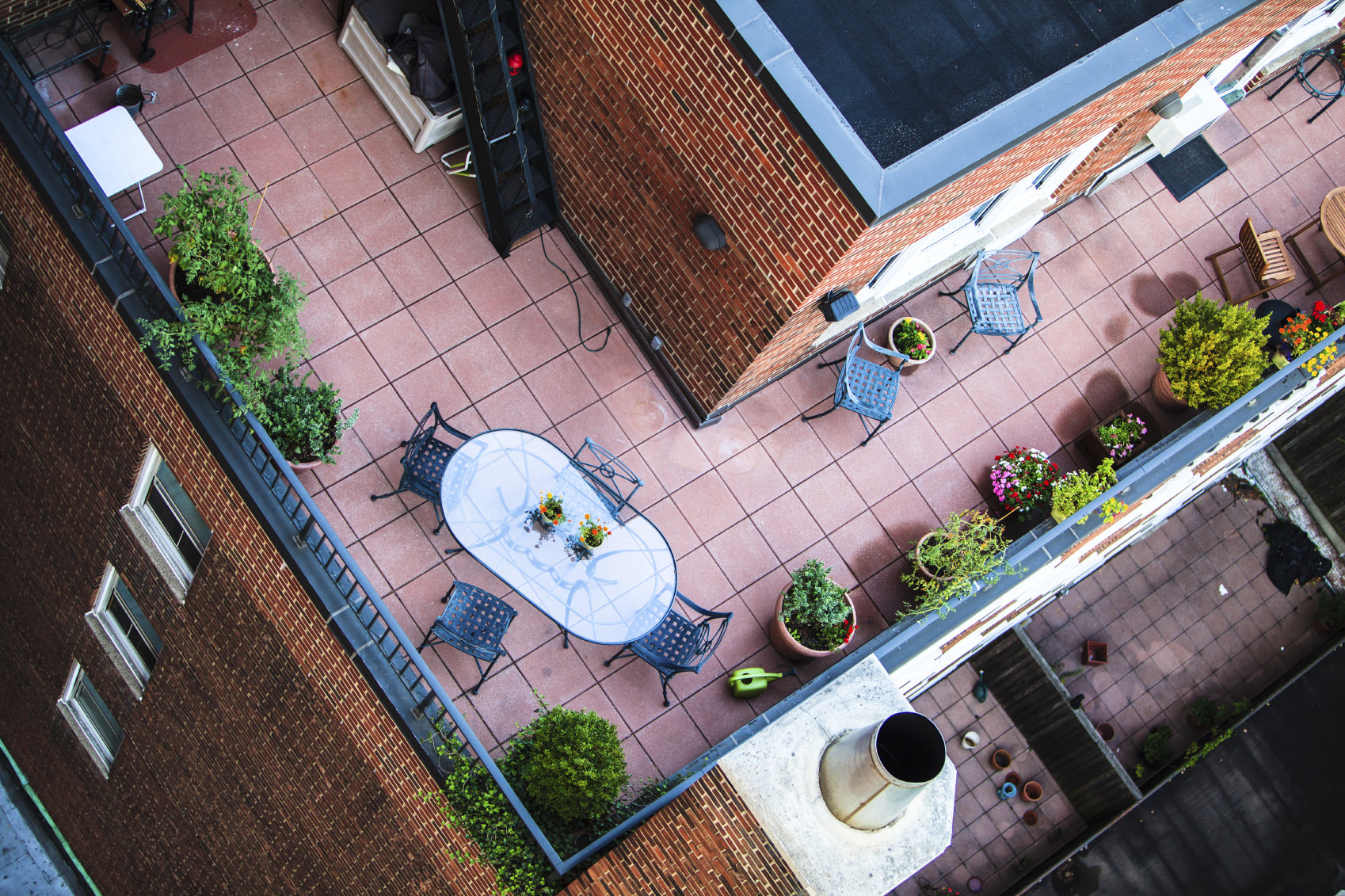 Imagine hopping in a paraglider and flying over the boroughs of New York City to document “a city overlooked.” If it sounds like a really fun time, you’re right.

Photographer George Steinmetz has been taking photos for 30 years, and after spending decades photographing landscapes and animals around the world, he’s turned his lens to the rooftops of the city.

Whether he’s dangling from a paraglider, riding in a helicopter, or taking an elevator to a high floor of one of the city’s many high rises, Steinmetz is getting a rare glimpse of life from above.

And what he’s seen has been unreal.

From a rooftop swimming pool designed with an Andy Warhol filmstrip to rows of townhomes that look like little toys to people strolling around their high-rise apartments in their birthday suits, Steinmetz has captured all sorts of interesting nuggets of life in the Big Apple.

The photos from his aerial exploits are collected in a book entitled New York Air, and are part of a special exhibition at Anastasia Photo on New York City’s Lower East Side through the end of January.

For more information about Steinmetz’ work, the exhibition, or to see some of his photos, visit The New York Times.

Awesome Photography Gift Ideas for the Kids in Your Life 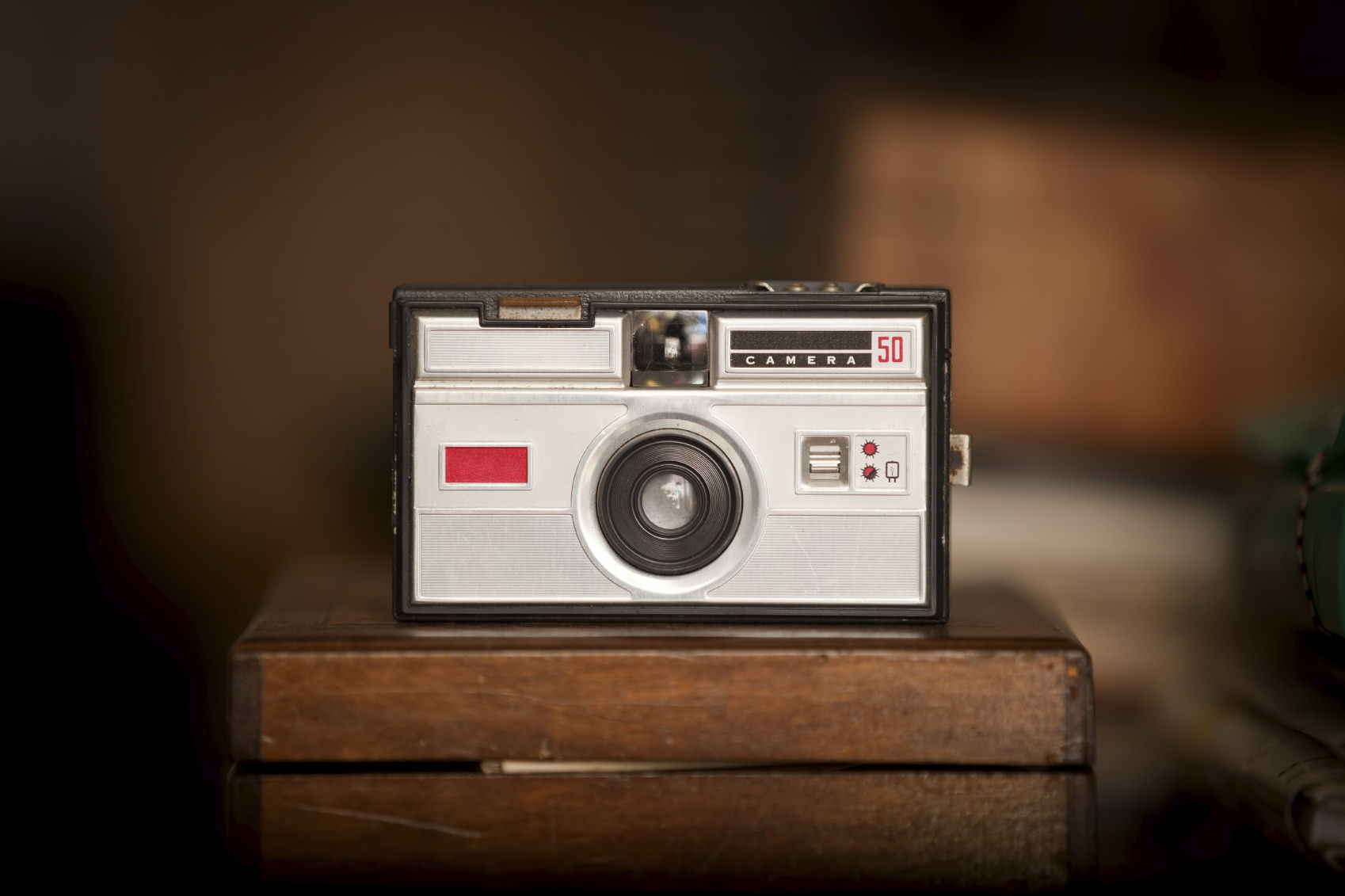 Cultural trends like Instagram and SnapChat aside, young people bonkers for photography. This holiday season, think beyond giving your special kiddos a smartphone and consider these cool photography gifts that will expand their photography horizons.

It all starts with inspiration, right? If you’ve got a kid in your life that loves to be behind the lens, give them a collection of photos to check out other than the ones they see on their friends’ phones. Look for something that’s not too detailed or instructional, and instead go for a book that’s packed full of incredible photos, like Hot Shots: Tips and Tricks for Taking Better Pictures by Kevin Meredith, which is available on Amazon. You might even try a book that focuses on images taken with smartphones to give your tween or teen some creative ideas for how to shoot photos with their phone.

Pinhole cameras are basically just a light-proof container – a small box or even a coffee can – with a small hole and a way to expose photographic paper. There are all kinds of pre-made pinhole cameras available online, and there are also many guides for building your own. It’s a fun way to teach your child about photography while spending some quality time together building a working camera.

Unlike their phones, film cameras require kids to put thought and effort into the camera settings – shutter speed, focus, and aperture among them – and in doing so, kids gain valuable knowledge about the fundamentals of photography. It becomes much less of a point and shoot exercise and much more of a purposeful process of taking photos and waiting to see the results. Plus, there’s no need to buy a new camera; you can often find nice used film cameras on eBay for well under $100.