PT360: Episode 22 – Lots of New Gear, The Best Photography Books of 2015, the Changing Direction of Street Photography, and Must-See Photography for the New Year

It’s a new year, so we’ve got the scoop on some hot new cameras you might like to try out in 2016. We also highlight some excellent photo exhibits running in the first part of this year that you certainly don’t want to miss. In the Rumor Mill, have a look at new cameras from Olympus and Canon that are packed with amazing features, and also check out a tiny, new travel camera from Panasonic. There’s a change happening in street photography that we explore as well, and we highlight a retrospective of 2015’s best photography books too.

Street Photography is Changing, and It May Not Be a Good Thing 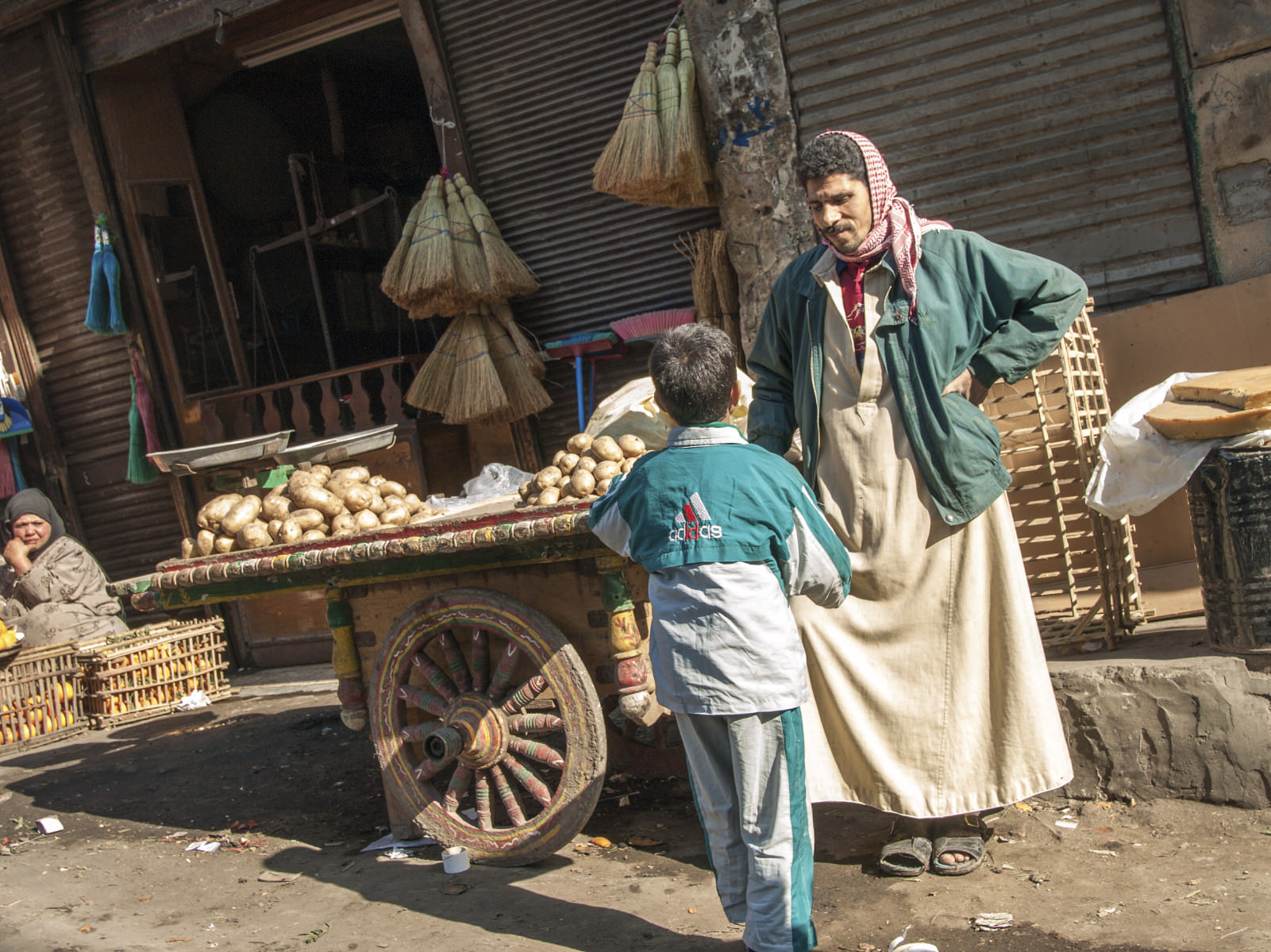 It used to be that street photography was defined as being a way to capture daily life as people went about their business in public. However, these defining characteristics – that the image captured people in public – seem to be shifting.

As reported in The Phoblographer, the advent of social media and platforms like Instagram and Flickr have given rise to a new, revised form of street photography. The modern version of the genre seems to shirk conventional notions of people in public spaces in favor of something more like “urban geometry” that focuses more on architecture and less on the people interacting with streetscapes.

While this shift may not seem like a big deal, it actually might be. Blurring the lines between street photography and architectural photography can be both confusing and detrimental to both genres. By crossing the boundary from one to the other, photographers that make their living as one or the other might get lost in the fray, their specialty muddled, and their ability to play to the tastes of their clientele reduced.

No matter which side of the fence you’re on, street photography is changing rapidly and at some point, it may cease to exist in its purest form. Whether that’s a good or a bad thing, we’ll leave to you to decide.

These Photography Books are the Best of 2015

There were a lot of photography-related books published in 2015, but some stood head and shoulders above the rest. Have a look at these good reads, selected by The Daily Beast, each of which is available on Amazon.

Edward S. Curtis: One Hundred Masterworks by Christopher Cardozo highlights the work that Curtis did in the early 1900s to photograph various Native American groups. Cardozo is an expert on Curtis’ work and has compiled rare and unique images taken by Curtis to further explore how the photographer was able to capture the essence of North American indigenous peoples.

Roman Vishniac Rediscovered by Maya Benton dives into the life and work of Vishniac, who, in addition to being a biologist, was also a photo documentarian of Eastern European Jewish life before World War II. Although the bulk of the images in the book are from the pre-Holocaust era, it also includes bits of Vishniac’s work that spans more than 60 years, from Berlin in the 1930s to Jewish life in 1940s America.

Ken Schles: Invisible City by Ken Schles is a retrospective of the author/photographer’s life in the East Village and Lower East side of New York City in the 1970s and 1980s. Originally published in 1988, it quickly sold out and became a cult classic that depicted the bohemian nature of the neighborhood. Now, this new edition features images from Schles’ original film negatives, as well as commentary from contributors like Lewis Mumford and Franz Kafka. 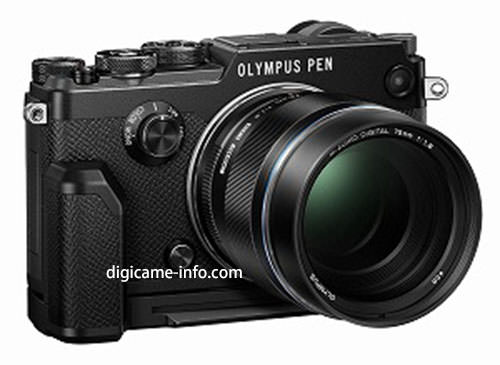 It’s been rumored for a while now that Olympus is working on a micro four-thirds camera system. Now it seems we have proof that the project is a reality.

The image above, first published by digicame-info, shows what the PEN-F might look like with a 75mm lens and optional grip attached.

PetaPixel reports that other rumors swirling around the new camera point to a 20MP sensor and an official announcement date of January 27th. Stay tuned for more details as they emerge about this exciting new camera system! 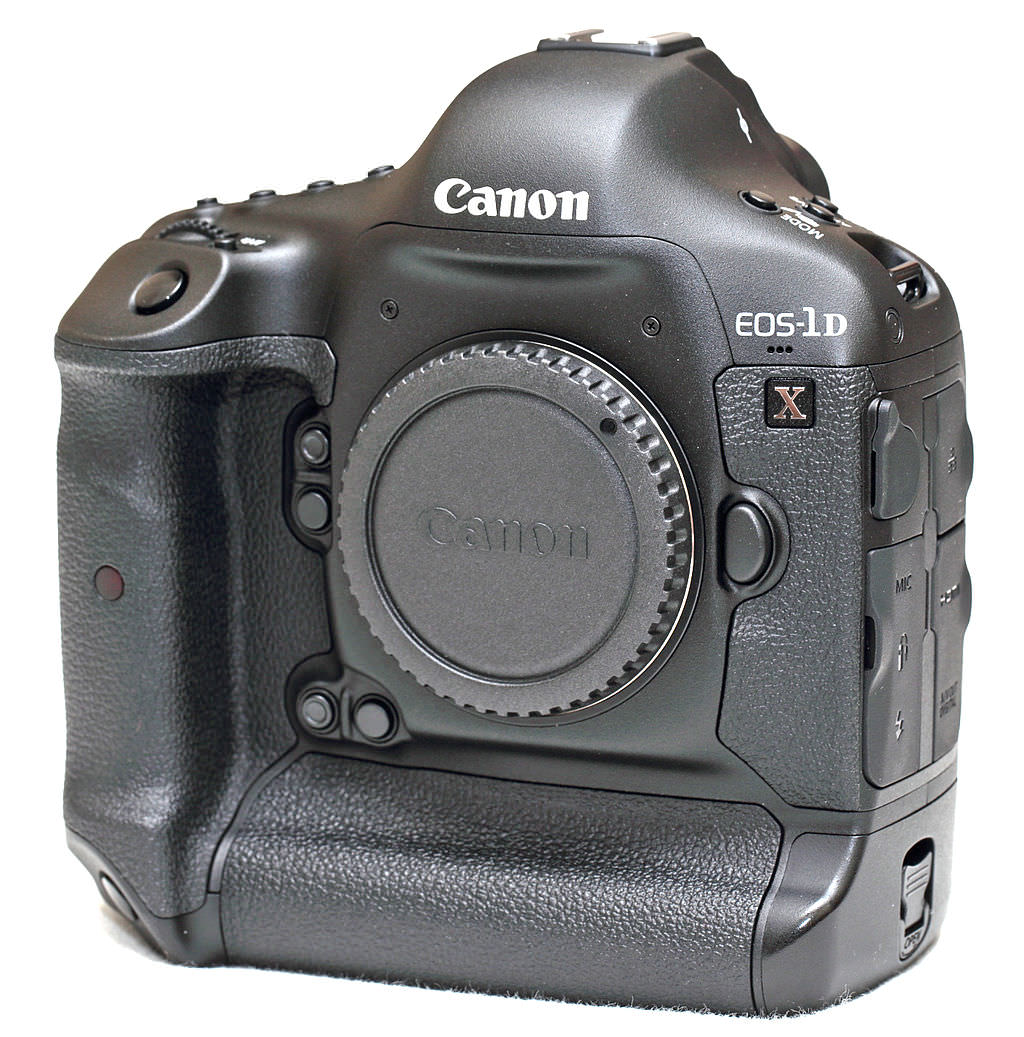 It’s been a long time coming, but the 1D X Mark II appears to be on schedule for an April release. Of course, it was supposed to be released in 2015, then this month, then in February, so who knows if the new timetable will hold up or not.

Nevertheless, whenever this beast finally comes out, Canon fans will surely rejoice that the new flagship camera is finally available.

Precious few details are known about the camera apart from its ability to record 4K video and a suggested price of $5999.00 for the camera body. Canon Rumors reports that an official announcement regarding the camera is expected in February or March, so more details will be available at that time. 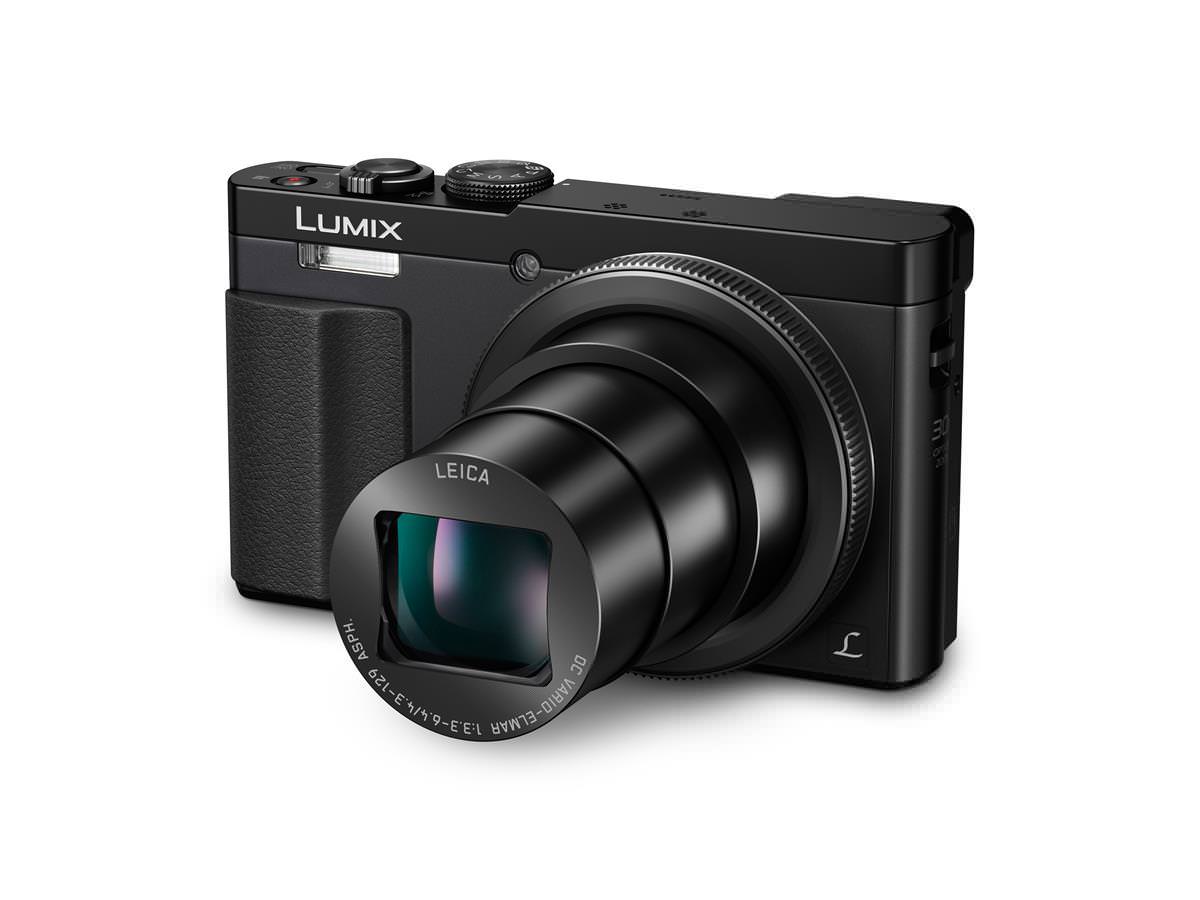 CES 2016 saw the unveiling of a number of fantastic new photography gadgets, and Panasonic’s newest travel zoom camera was one of them.

The Lumix DMC-ZS60 has an 18MP 1 2/3-inch MOS sensor that has 4K video capabilities. The Leica lens performs well in a spectrum of lighting situations and has a 30x zoom and a 5-axis image stabilization system.

Another neat feature is what’s called Post Focus, which allows you to select which AF point you want to be in focus after you take the picture. There’s also a 10fps still photo burst mode, a 3-inch touchscreen display, and full AF wireless control. And, all these goodies are packed into a system that weighs a mere 312 grams!

Both variants of the camera – silver and black editions – will be available in the United States in March and should run around $450.00.

Get further details about the Lumix DMC-ZS60 at Gadgets360.

These Exhibits Should Be on Your List to See in 2016 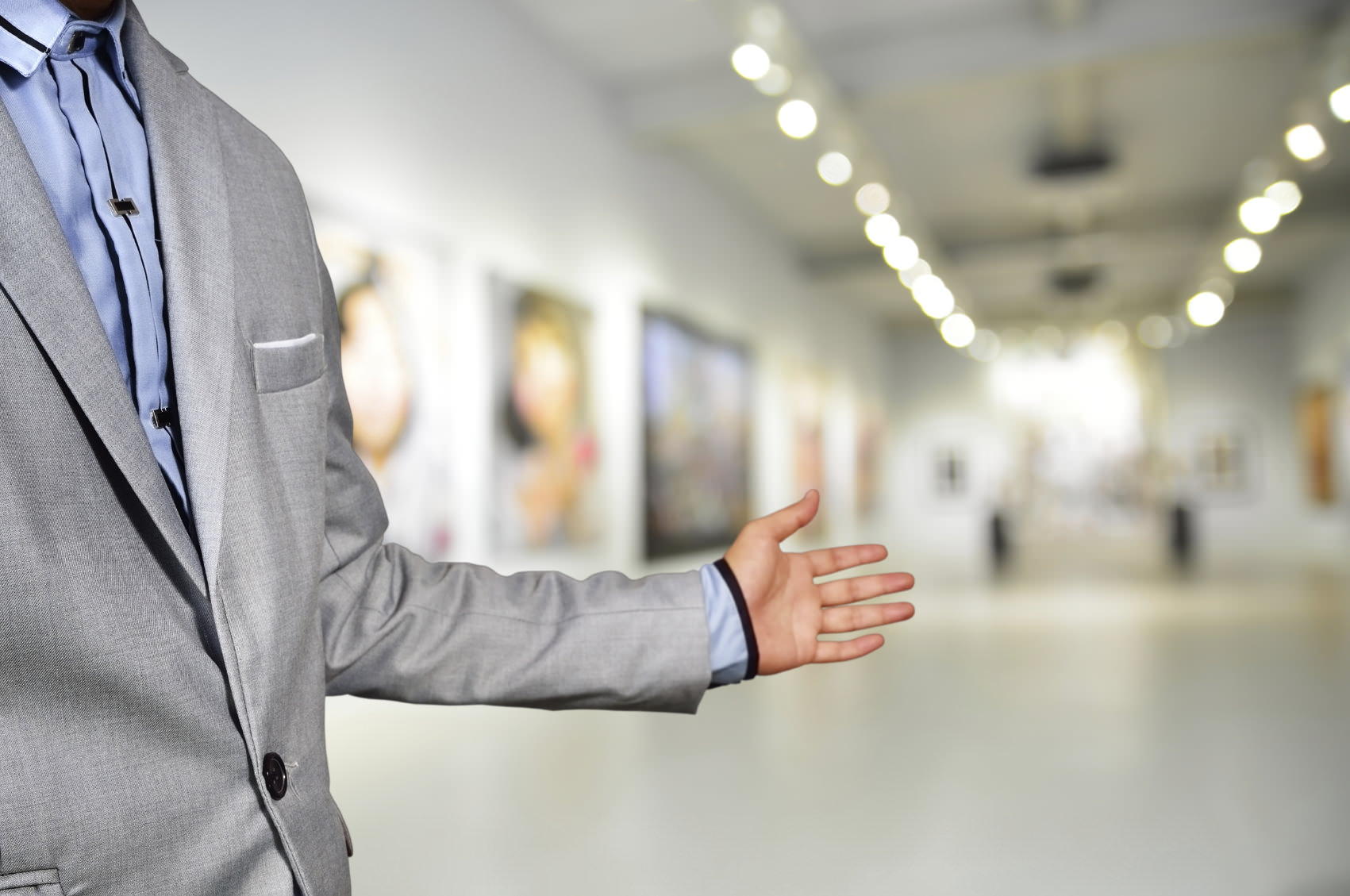 Not all of us live in New York City, but many of us make the occasional trip to the Big Apple. For those of you who live in the area or are planning to visit in early 2016, we’ve got a list of photography exhibits you don’t want to miss!

Anthony Barboza is a well-known photographer whose work has appeared in Sports Illustrated, Vogue, the New Yorker, and other prominent magazines. On display will be black and white prints from the first 30 years of his illustrious career. His work has been described as psychologically stimulating and stylish, and often features local celebrities. See his work January 28-March 12 at the Keith De Lellis Gallery at 1045 Madison Ave, #3. Visit the gallery website for further details.

William Gedney died in 1989 and never got the recognition he deserved for his work in 1960s and 1970s Kentucky. The focus of this show are the images he took of an unemployed mineworker and his family as they struggled to make ends meet shortly after the layoff in 1964. Gedney returned to the family in 1972 to photograph them again. His work is in black and white and has a distinct Depression-era vibe, even though the events he recorded took place decades later. See the exhibit at the Howard Greenburg Gallery, 41 E. 57th St., #1406, February 9-March 19.

A love of architecture led photographer Christopher Payne to explore various mental hospitals throughout New York State. These buildings, largely abandoned and dilapidated, highlight some incredible architecture while also painting a portrait of sadness that still looms over these former institutions. Payne’s photos will be on display at the Benrubi Gallery February 11-March 26 at 521 W 26th St, on the second floor.