Episode 26 of PT360 starts with an overview of a hot new trend – professional marriage proposal photography. Who knew it was such a thing? We also highlight a major sports figure’s venture into photography, and have the details on hot new cameras coming up from Canon and Olympus. As if that isn’t enough, we’ve got the scoop on a five-minute history of photography video that’s quite enlightening, a great book recommendation, and we’ve got some must-see photography from youngsters from around the globe as well. Let’s dive in and see what’s been happening this week in photography! 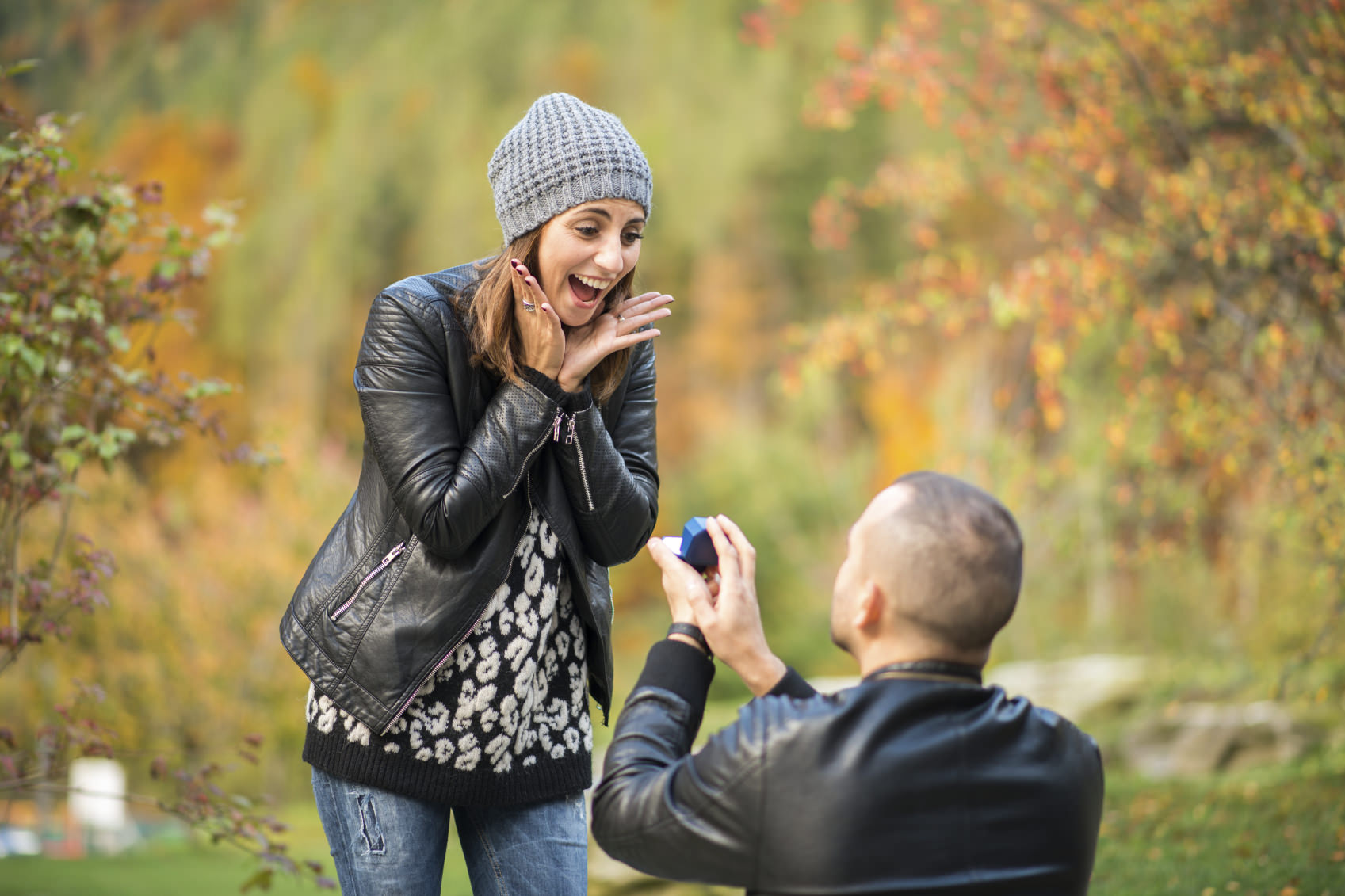 You often hear that finding your niche will help you to stand out from the crowd of photographers, but professional marriage proposal photography seems like a pretty specific area in which to specialize.

Yet, it’s an area that has been around for decades and is gaining a lot of popularity as of late.

As you might imagine, proposal photography focuses on that moment that one person asks the other to join them in marriage. The photos capture an incredible scene, for sure, and allow the happy couple to share that instant in a more salient manner than if a friend is hiding in the bushes nearby with their iPhone.

Part of the reason why proposal photography is becoming so popular is because people then share these professional-grade photos of the big moment on social media, making their friends, who are totally jealous, want the same thing. It’s kind of like keeping up with the Joneses, proposal style.

The other factor in the rising popularity of proposal photography is an influx of former paparazzi joining a more run-of-the-mill photography job by putting their huge telephoto lenses and sight-unseen skills to good use. Rather than climbing over walls or tailing limos to get photos of celebrities, some photographers that have had it with that lifestyle now train their lenses on everyday people taking the biggest leap of their lives.

Just like those first-look photos that have become so popular, like of a father seeing his daughter in her wedding dress for the first time, proposal photos fulfill our need to be shocked and see some kind of reveal. It also taps into our natural curiosity about others in a relatively voyeuristic sense.

At the very least, proposal photography is allowing more and more people to find their niche. On a greater level, however, its just one more way that photographers can help document what is (hopefully!) one of the best moments of someone’s life. 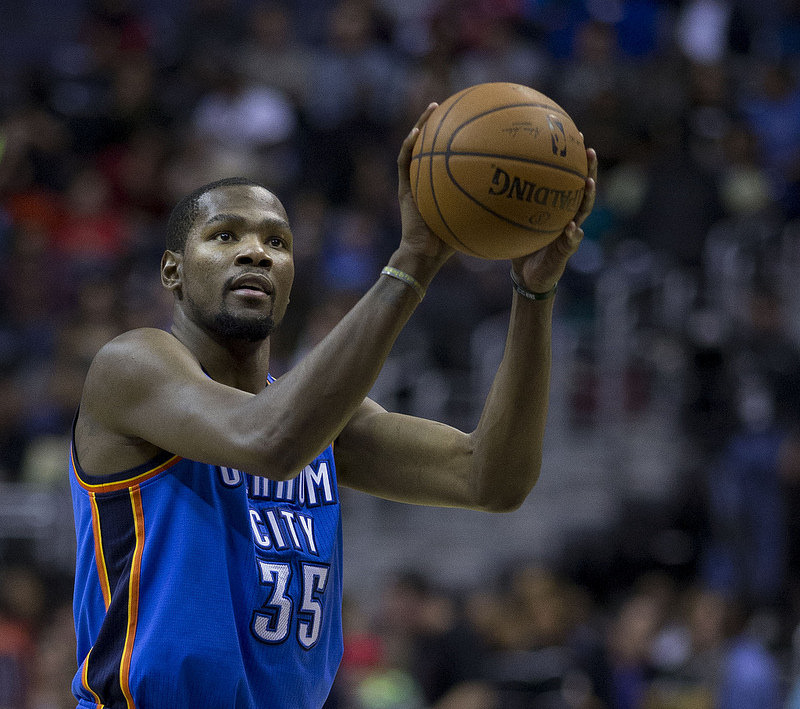 Apparently when Kevin Durant isn’t throwing down dunks for the Oklahoma City Thunder, he’s got a camera in his hand.

Spectators at Super Bowl 50 thought they saw an awfully tall photographer roaming the sidelines, but many would have never guessed it was Durant.

But, there he was, all 6’9” of him, with a Canon 7D in hand and a photographer’s credential around his neck.

He was there taking pictures for The Players’ Tribune, the media company founded by Derek Jeter after he retired from baseball, that gives today’s athletes a way to connect directly with their fans. Durant is a deputy publisher for the company.

But, before you think Durant got the gig simply because he’s a popular sports figure, you’re wrong. He’s got a great article that recounts his experience, replete with a host of really incredible images from the Super Bowl festivities.

Perhaps the most intriguing part of Durant’s work is his proclamation of just how difficult photography really is. He laments how hard it was to capture action shots, then follows it up with some really solid advice for improving one’s chances of getting “the shot.”

Who knows, maybe KD’s next gig will be as a photographer!

Check out Durant’s article and photos at The Players’ Tribune.

Canon’s Next DSLR is the 80D 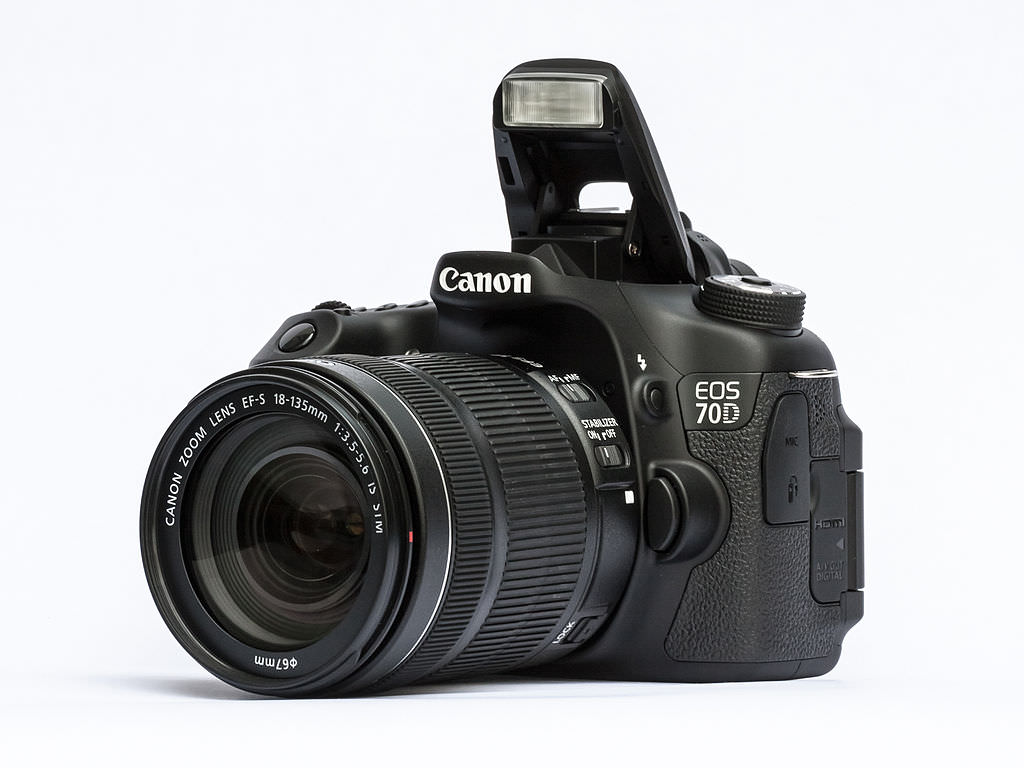 The scuttlebutt is that Canon’s next DSLR will be the 80D, which will serve as a replacement for the 70D.

Canon Rumors reports that the 80D will most likely be unveiled at CP+2016 in Japan later this month.

Even though its potential unveiling is nearing, there is little known about the camera other than it will have improved AF performance and more AF points than its predecessor. We’ll keep you updated as more details are revealed! 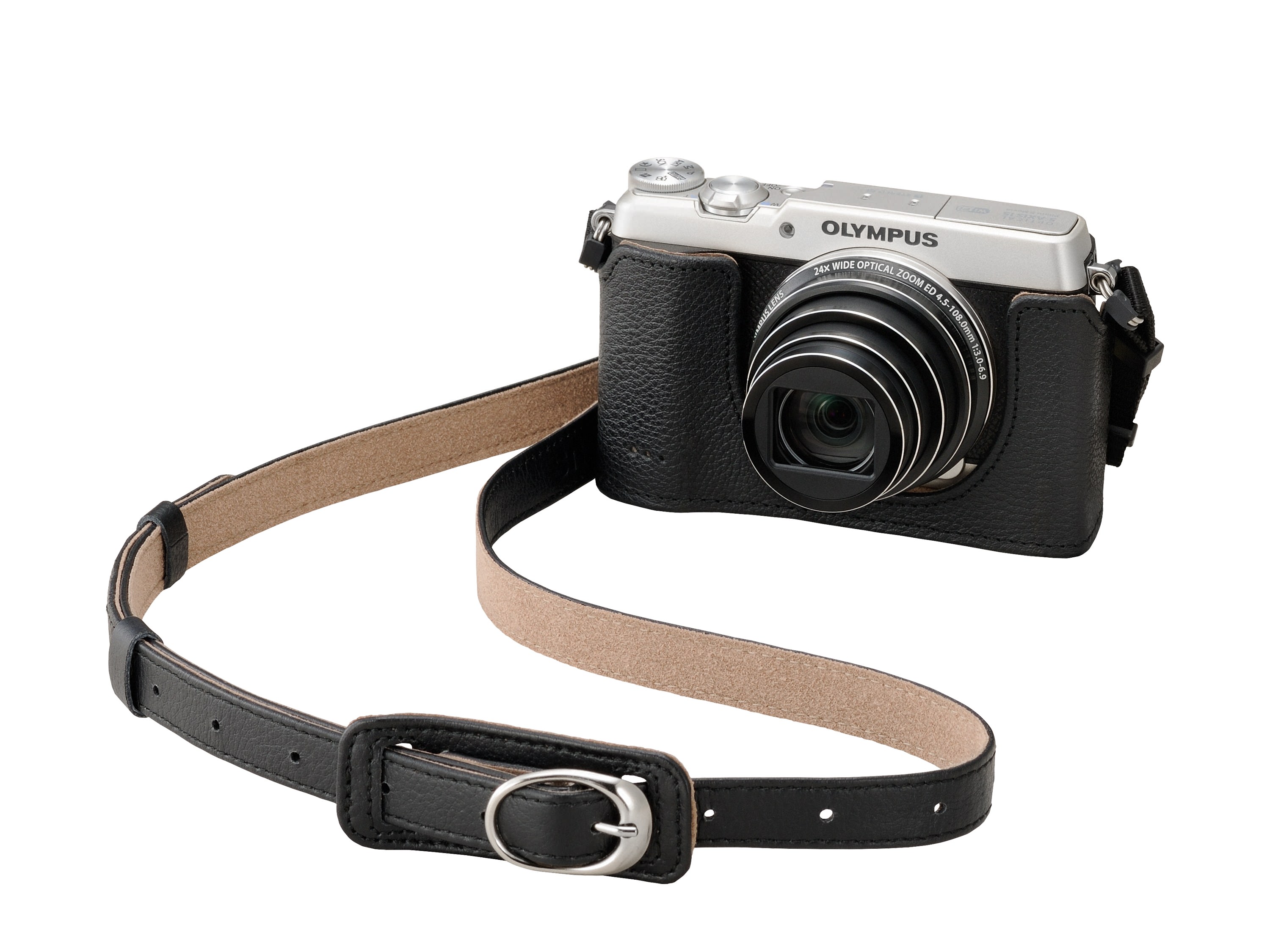 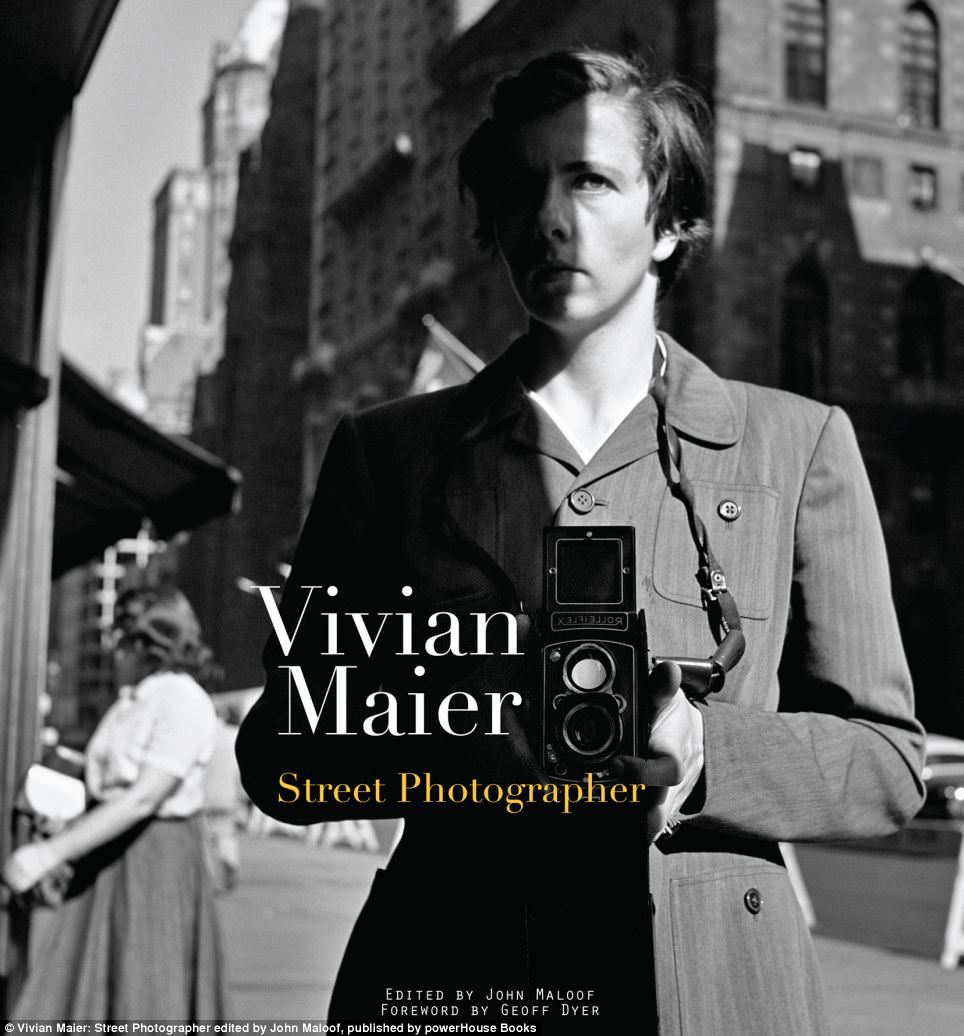 Vivian Maier: Street Photographer is a collection of work that spans decades across the globe. Although Maier was employed as a nanny, her work demonstrates the raw talent that makes a great photographer. Maier took over 100,000 photographs, yet never showed them in public. Her portraits convey mood and emotion of people in a way that no other street photographer has ever quite matched. And she did all this without the benefit of formal training.

The book is the result of the work of John Maloof, a historian that happened upon a box of Maier’s negatives at a Chicago auction house. In it is a collection of awe-inspiring images that have never been printed before. If you need inspiration for your photos or just want to learn about the power of photography through the eyes of an amateur, this is a must-have book! It’s currently available on Amazon Kindle for $19.99 and hardcover for $26.46.

This week we’re starting a new segment in PT360 that highlights a can’t-miss video that’s getting a lot of buzz. Some of the videos will be wild and wacky, while others will offer a more educational product to viewers

In the inaugural Video of the Week segment, we’ve chosen this dandy tour through the development of photography. Made by our friends over at COOPH, the video offers a 5-minute overview of how photography and photography tools have changed from pinhole photography all the way to today’s increasingly complex smartphone cameras.

The video is intended to be a quick tour, so you won’t be able to call yourself an expert on photography when its over. Nevertheless, the video is packed with interesting tidbits over the course of the history of photography. You might just learn something you didn’t know, and you might pick up a few facts to impress the photography dorks in your life! 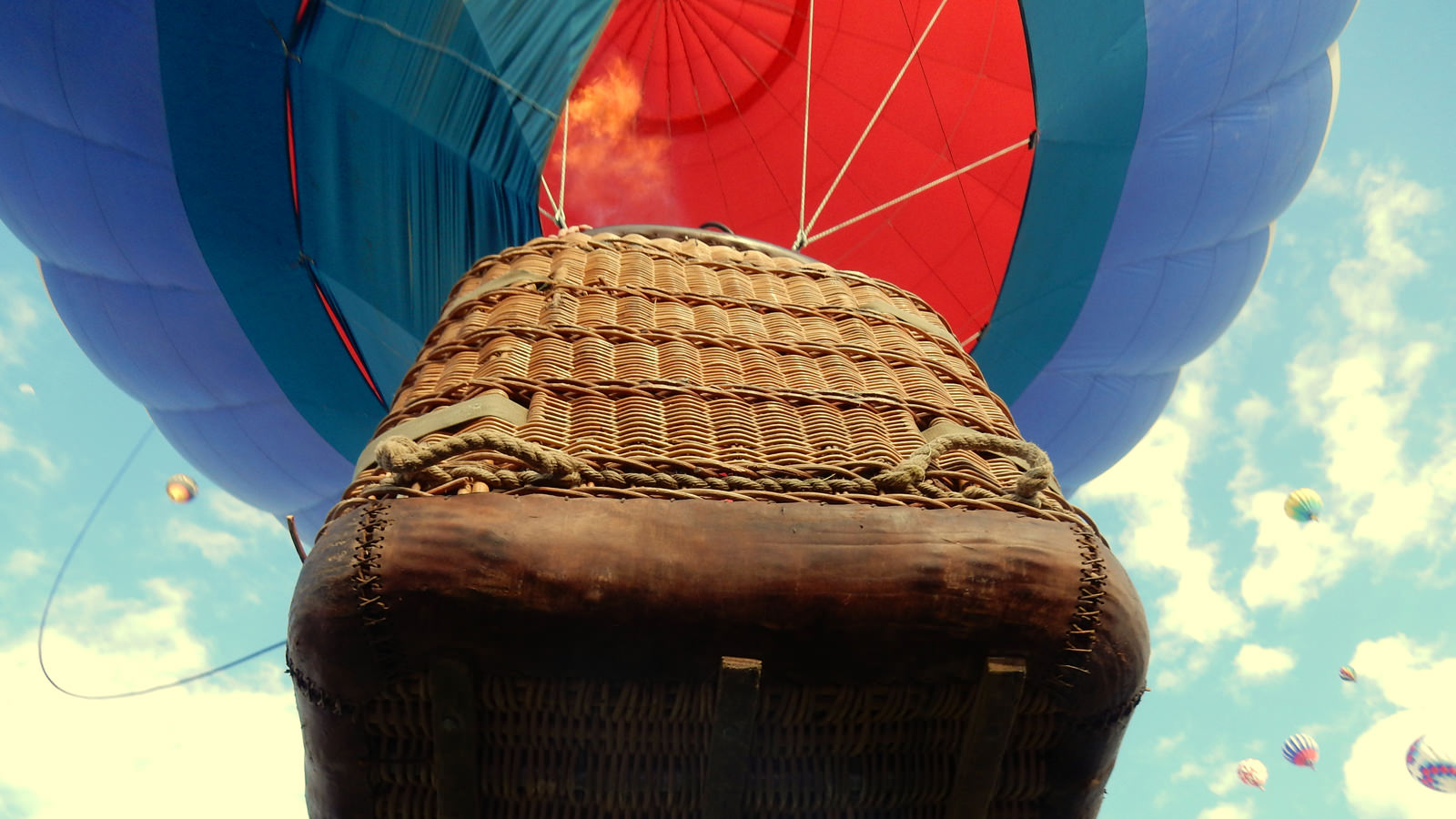 Recently, National Geographic announced the winners of its 2015 International Photography Contest, and the images are quite impressive!

Kids aged 6 to 14 from all over the world submitted work that highlighted people, places, animals, and insects. Categories for the contest included Amazing Animals, Dare to Explore, Weird But True, and Wild Vacation.

From close-ups of giant snakes to the colorful bacteria pools of Yellowstone National Park, these kid photographers really seem to have a keen eye for drawing viewers in! To see all the winning images, head over to National Geographic Kids.