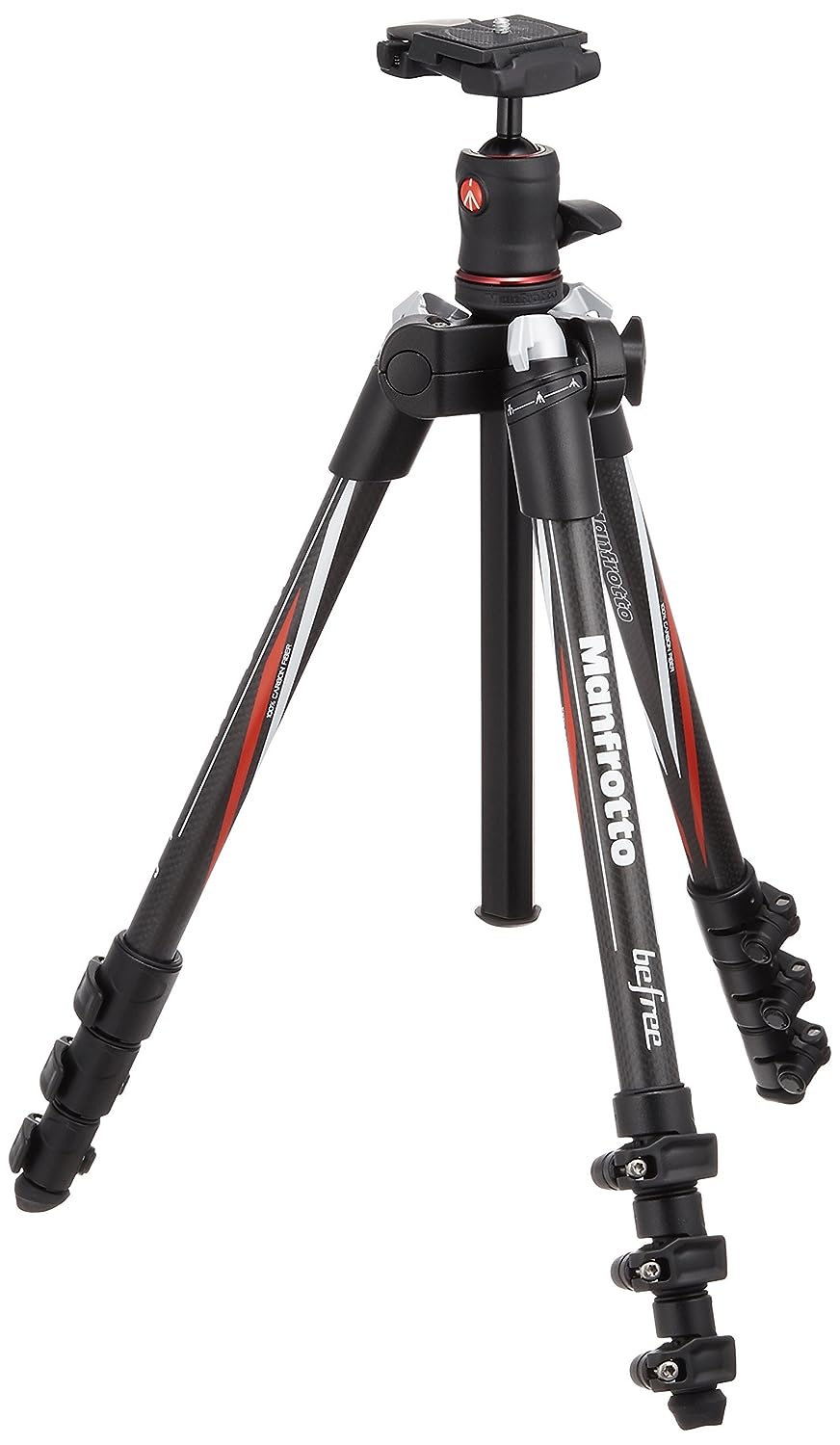 The Manfrotto BeFree is both simple and comfortable to use. Weighing less than 2.5 pounds, and storing to just under 16 inches, the BeFree is easily classified as a travel tripod. But besides portability, the BeFree gets high points for simplicity. The lever-style leg locks are simple to set up and the ball head is easy to use as well. The legs can be set at two different angles.

While the BeFree is lightweight and simple, it's not as full-featured as some other models in the same price point. There's no counter weight hook or rotating center column and the capacity and height isn't very high for the price point. The MeFOTO GlobeTrotter, for example is significantly taller with a higher capacity and converts to a monopod for about $50 more. The BeFree is a solid tripod, but not quite as impressive as some of the other similarly priced models out there, which is rather unusual for Manfrotto.