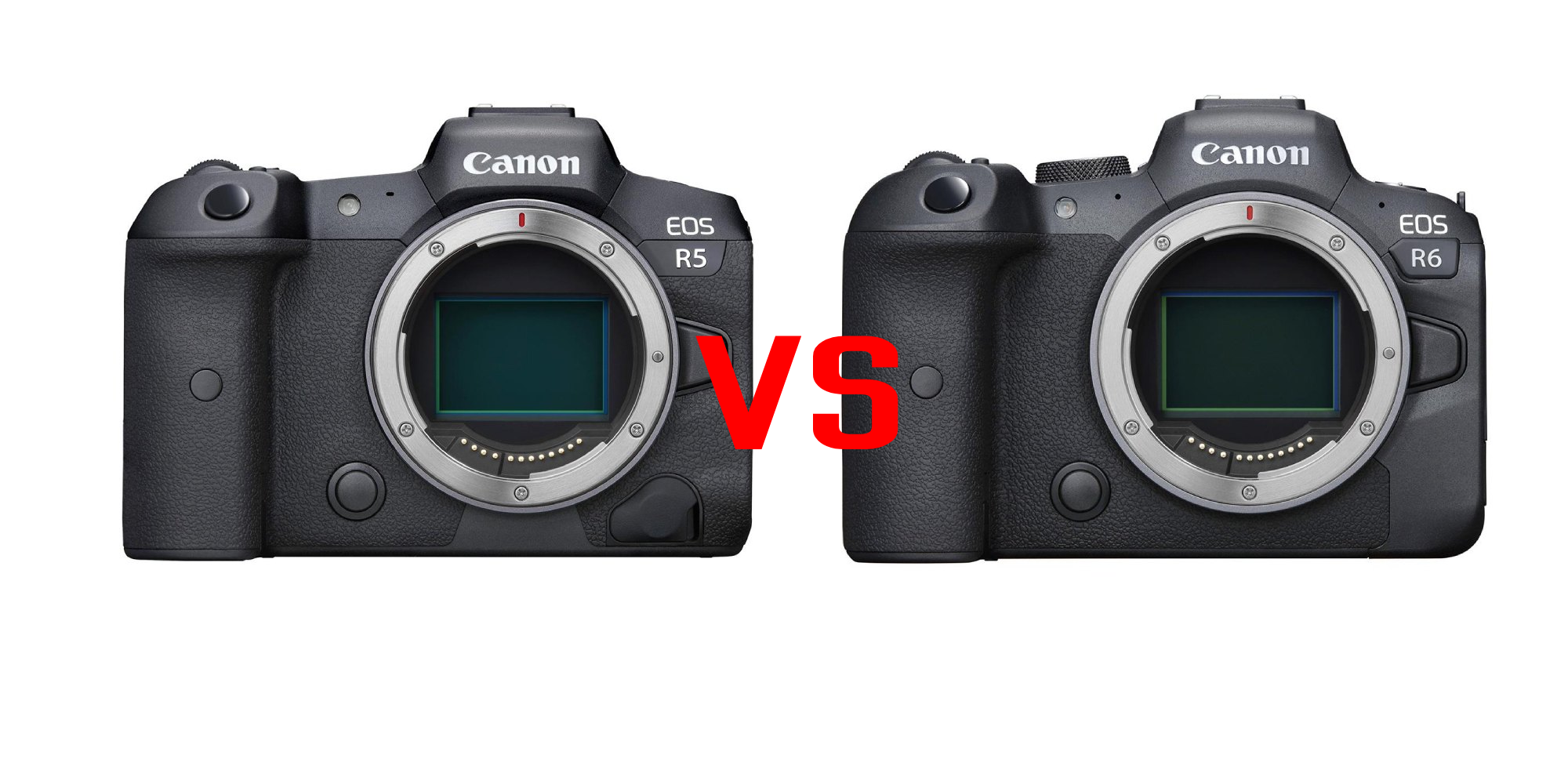 If you’re as up to date on your new camera news as I am, considering there’s not a lot much else to do right now, then you’ll know Canon recently announced a set of new cameras: the Canon EOS R5 and EOS R6.

If you take them both at face value, they seem pretty similar, which has left a lot of photographers wondering: how do the Canon EOS R5 and R6 compare?

Obviously, the first thing you’ll notice in a Canon EOS R5 and R6 comparison is that one of them, the EOS R6 could feasibly be considered affordable for an experienced photographer, whereas the EOS R5 is aimed squarely at professionals.

So, what makes up for such a huge difference in price (well over $1,000 difference)? Let’s find out in our Canon EOS R5 vs. EOS R6 review. 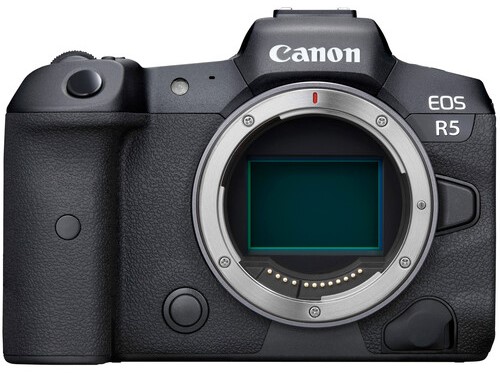 The Canon EOS R5 features a brand-new 45MP sensor, which is incredible even for Canon’s other professional-grade cameras.

The Canon EOS R6, on the other hand, uses a 20MP sensor that’s the same one found in the Canon 1D X Mark III. 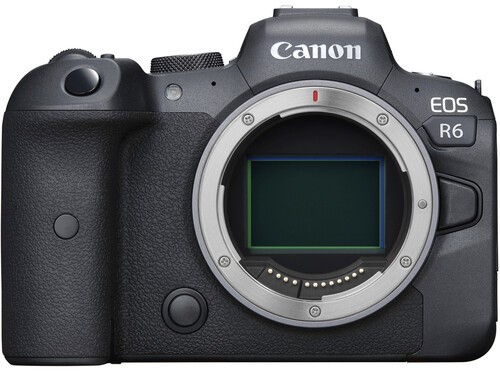 Now, I know a lot of my photography friends immediately jumped on the 45MP sensor found in the EOS R5 because a sensor like that usually comes with a slew of limitations, like limited burst shooting, but the EOS R5 skirts around all of these limitations. Canon is calling it their “no compromise” camera for this reason.

But, the sensor is not the only thing you need to think about when comparing the Canon EOS R5 vs EOS R6. 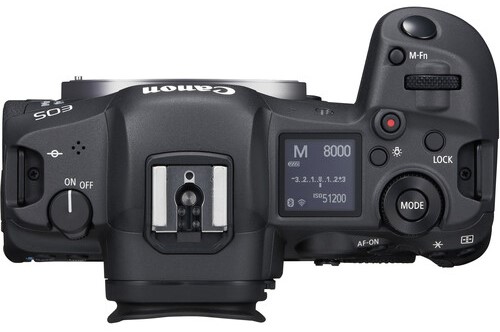 When it comes to design, the Canon EOS R5 vs. EOS R6 are incredibly similar. The cameras are nearly identical in size, although the EOS R6 is much lighter.

The only major difference between the Canon EOS R5 vs EOS R6 when it comes to their design is that the EOS R6 doesn’t feature a data screen on top of the camera, which means you must resolve to always use the touchscreen. 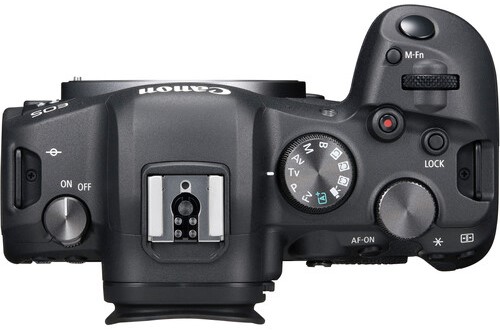 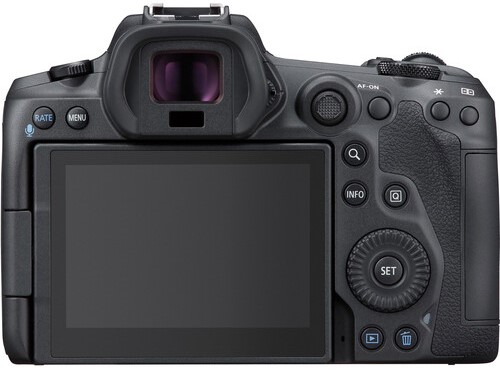 Another huge difference between the Canon EOS R5 vs. EOS R6 is the EVF on them.

Both the EOS R5 and EOS R6 come with a .5” EVF. Both of these EVFs also provide 100% viewfinder coverage, but their capabilities are wildly different.

Since neither of these cameras have come out yet, we don’t actually know how good the EVF on the EOS R5 is going to be, but it does feature some of the most impressive specs of any EVF available on the market today. 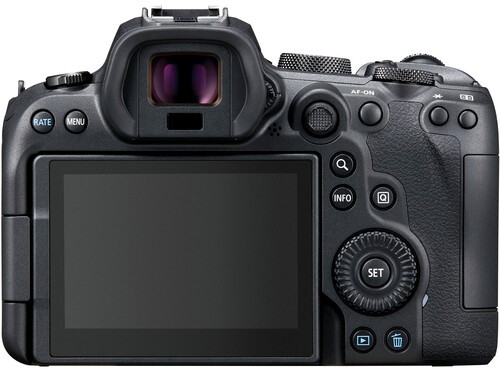 This jump in EVF quality has prodded a lot of photographers to ask themselves whether they would choose a camera simply based on EVF quality or not.

A lot of the Canon EOS R5 vs. EOS R6 debates I’ve had with friends has ended with this question, and I personally don’t think an EVF would ever be a reason for me to choose one camera over another, unless it was one of the last qualities I was comparing because all of the other specs were similar to one another. 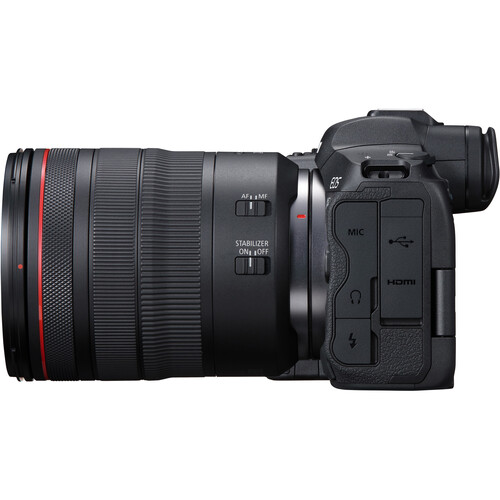 The EOS R5 comes with zebra patterns, which you can either use on the camera or on monitors, which will make it very competitive for professional videographers.

The Canon EOS R6 isn’t too shabby when it comes to video either. It can shoot 4K footage at 60fps, or Full HD video at 120fps. But, it lacks 8K capabilities, which makes sense given that it’s more of a mid-range camera than a professional rig. 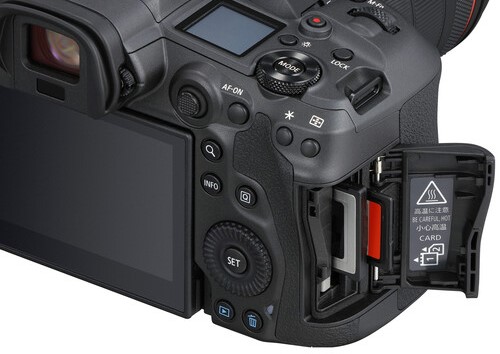 To round out the Canon EOS R5 vs. EOS R6 comparison, let’s look at their card slots.

The EOS R6 features two SD UHS-II card slots, since it isn’t aimed at professionals, but the EOS R5 features one SD USD-II slot and one CFexpress slot.

Since the EOS R has just one card slot, this is a welcome addition having two card slots in these cameras.

And since I can use my ProGrade UHS-II card with my EOS R, EOS M6 Mark II, and the R5 when it comes in, I don't have to worry about buying brand-new cards.

That is, unless I want to snag a ProGrade CF Express card to really take advantage of the R5's speed and power! I've been hugely impressed with my Prograde UHS-II cards, and I have no doubt the CF Express card will be an equally good investment. 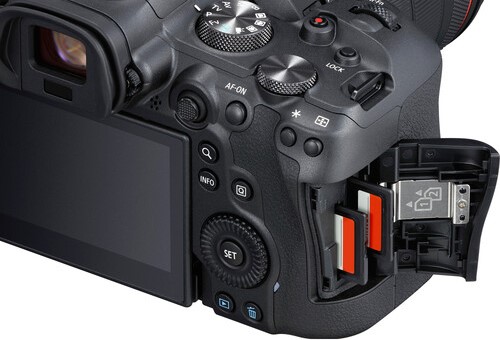 While this isn’t a huge difference in the Canon EOS R5 vs. EOS R6 debate, you may still be wondering about their connectivity options.

Both of these cameras come with a Bluetooth Low Energy connection so that you can connect them to a ton of different smart devices. 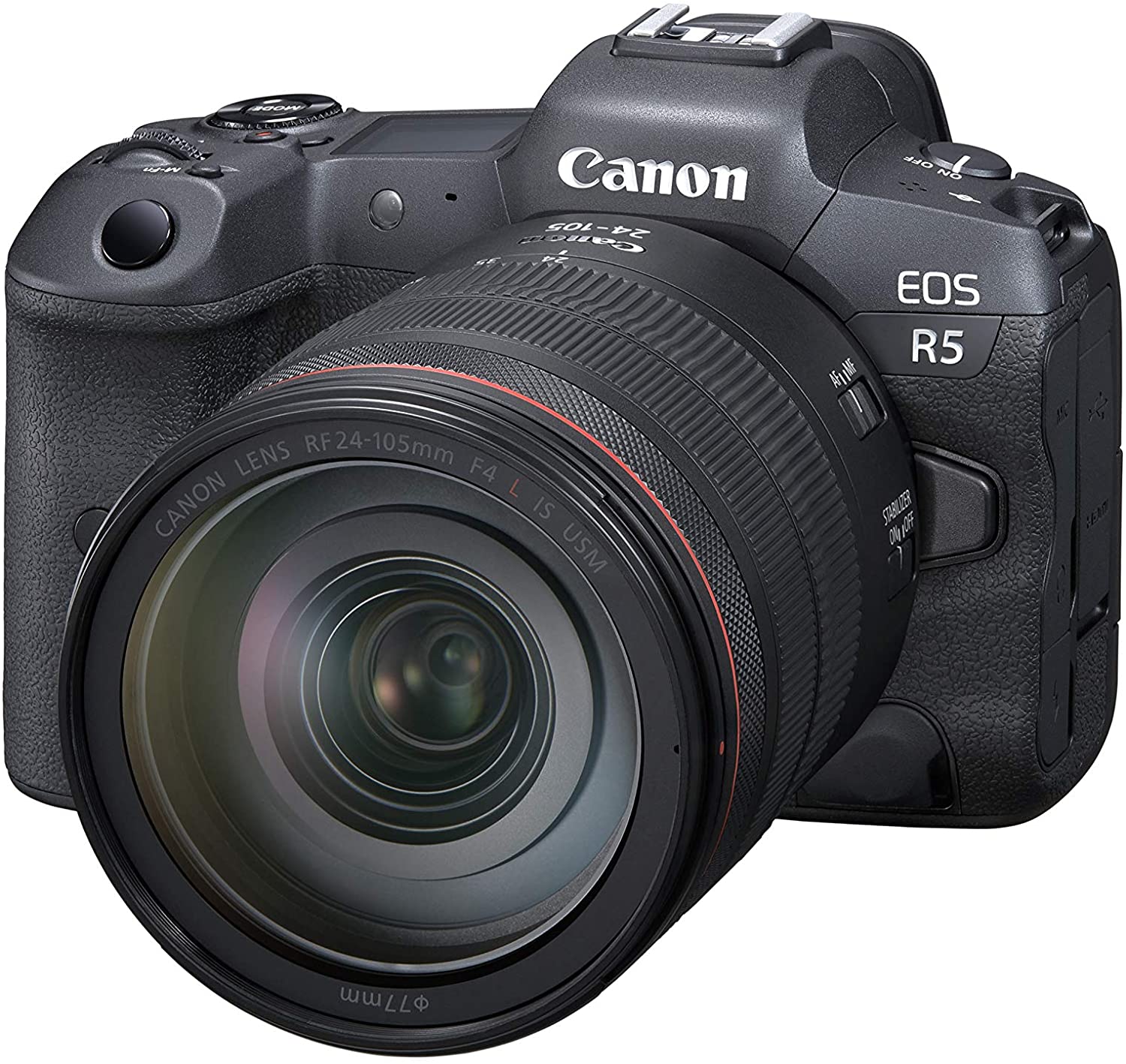 I hinted at the fact that the Canon EOS R5 is a lot more expensive than the EOS R6, and I wasn’t kidding.

If you absolutely can’t wait to pick up a new Canon, or you can’t afford either of these ones in the middle of a pandemic, then picking up a Canon EOS R may be a good option for you right now. 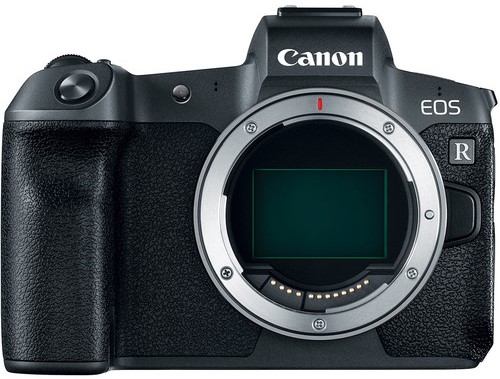 The Canon EOS R is selling for $1,700 right now on MPB, and as photographers ramp up to purchase one of the new Canon cameras above, you can be assured that this price will continue to drop over the coming months.

Of course, we aren’t suggesting that the Canon EOS R is as good as either of the cameras in this review, but it’s a good shooter in its own right and may just make those pandemic blues a little better.