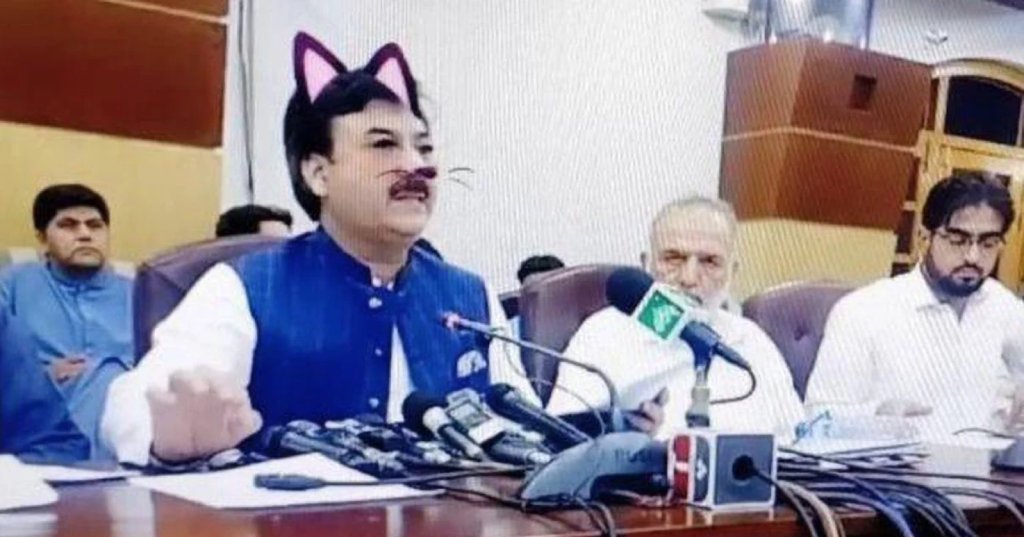 What happens when a Pakistani politician practically admits he doesn't understand selfie culture? Cat puns. A ton of cat puns.

A Pakistani politician, Shaukat Yousafzai, was holding a press conference last week and decided to live stream the entire event on Facebook Live.

Unfortunately for Yousafzai, and fortunately for pretty much everyone else, the official accidentally turned on Facebook's cat filter which gave himself and officials sitting around him cat ears for almost the entire thing. 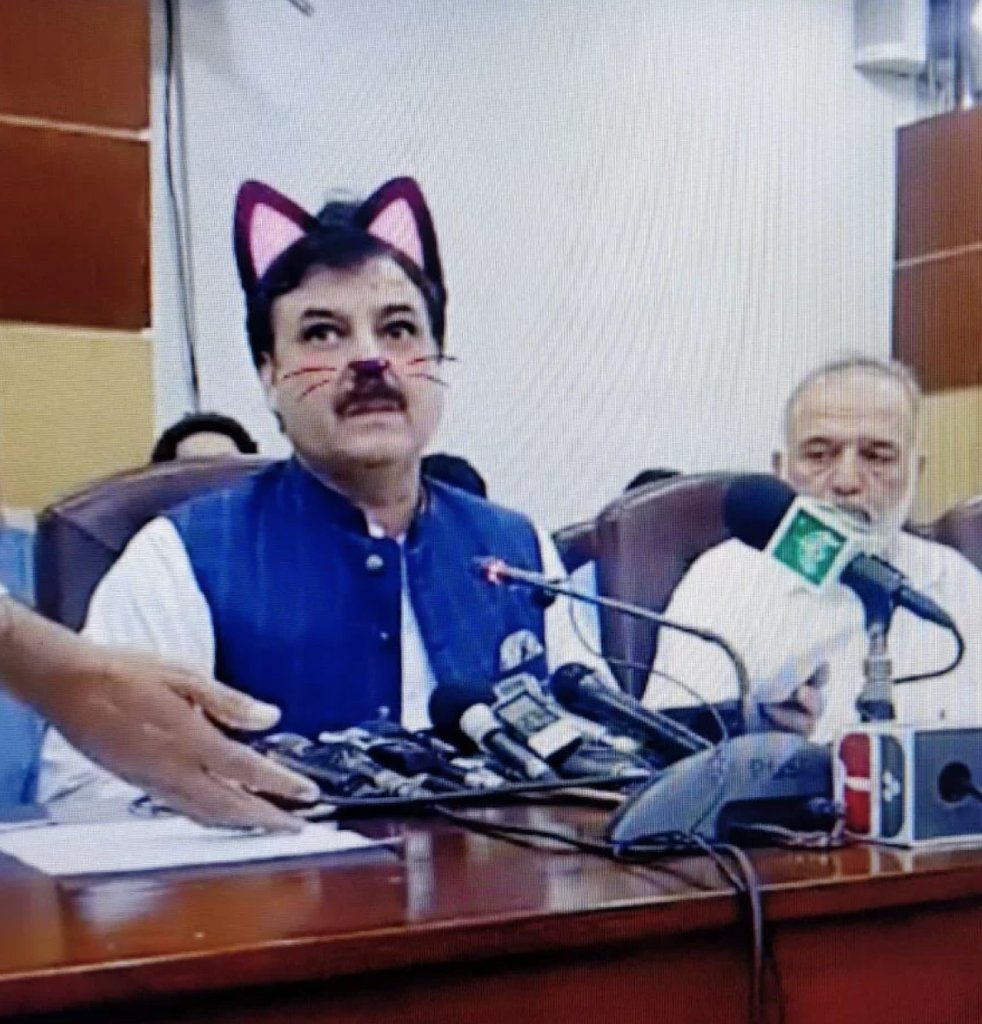 We think he looks pretty cute. 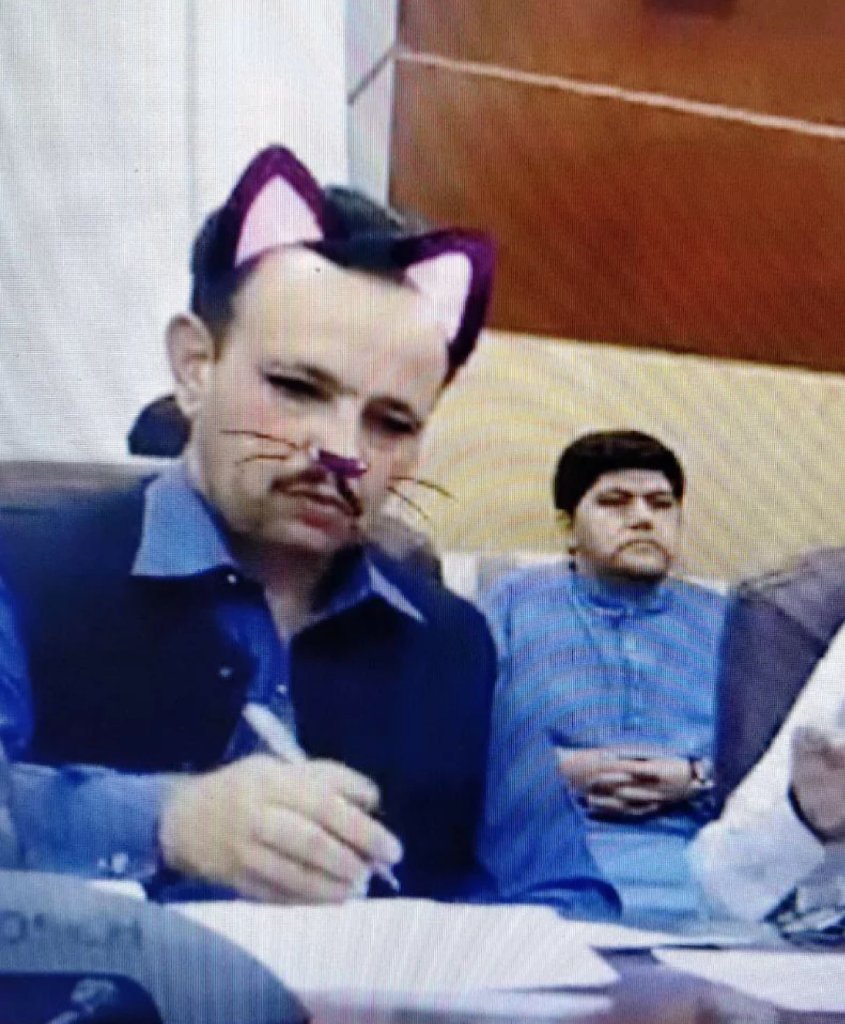 But is he cuter than the official sitting next to him who also got the purr-fect treatment? Seriously, though, how mad do you think this guy is?

The official video was taken down just moments after the livestream ended when the party realized what had happened.

But, not to fret, we have the video thanks to the internet.

Ever had an embarrassing technology FAIL at work? The government in Pakistan were live streaming a serious debate but left the cat filter on... pic.twitter.com/2uR7mznCNP