These in-depth lessons will help you navigate the waters of photography with confidence. Acquire skills related to composition, lighting, mastering your camera gear, and much more. The result? Faster skill acquisition and better photos sooner rather than later.

Be inspired and take your best shot!

We'll send you tips and inspirational photos of the day. 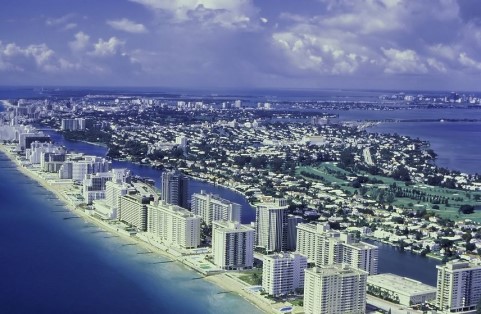 During your Miami travel, it will be nearly impossible to imagine how difficult it was to transform what was considered one of Florida’s most inhospitable areas into the great international city that is there today. Often, throughout Miami’s history, it seems a bit of magic was necessary to continue its growth, and even the desire of anyone to live there. Those magical moments did occur, however, and today, for many, it is certainly the Magic City.

Native peoples saw the value of living along the Miami River, as many had for thousands of years prior to the arrival of the famous Spanish explorer Ponce de Leon during 1513. He was the first known European to sail into Biscayne Bay, but the historical evidence suggests that he never set foot on shore. When he did arrive, he found the Calusa Tribe inhabiting villages on the north side of the river. Stroll through downtown during your Miami travel and you are walking where the Calusas’ homes stood approximately 500 years ago. It was the word in their language, “Mayami,” defined as “Big Water,” that was the source of the city’s name.

The first bit of magic was the area’s balmy climate, a land rich with food, fresh water and what interested the Spanish conquistadors the most, the natives’ stories of gold. The magic must have been weak because the Spanish found it very difficult to establish, and maintain, a permanent settlement, primarily because the Calusas didn’t want them there. As was too often the result of the relations between Native Americans and early European explorers and settlers, diseases for which the natives had no immunity decimated the population.

Read more...
Miami Travel Photography
For the Kid in Everyone!

The People, Places and Pleasures