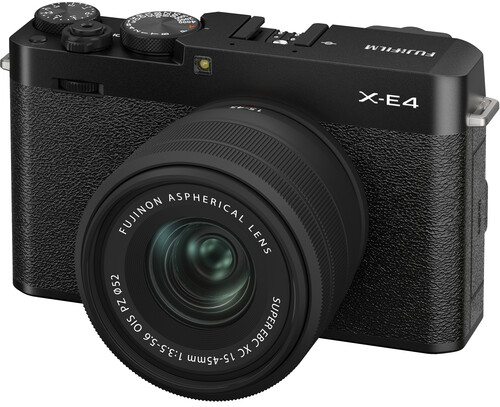 The Fujifilm X-E4 is another rangefinder-like mirrorless camera released by Fujifilm in the last couple of years. Considering the fact that Fujifilm loves to explore this specific type of camera, some of them end up flying under the radar.

Well, this fact paired with the fact that the Fujifilm X-E4 came out right at the beginning of this year, when the pandemic was still raging, meant that it honestly didn’t get a lot of press.

In order to right this wrong, I’ve decided to complete a full Fujifilm X-E4 review.

Despite the fact that the Fujifilm X-E4 hasn’t received a ton of press coverage, I’m genuinely pretty excited about the camera’s capabilities. It is lightweight and a ton of fun to use, which makes me consider it as a good day-to-day camera.

It also obviously has that Fujifilm charm that I love to see. 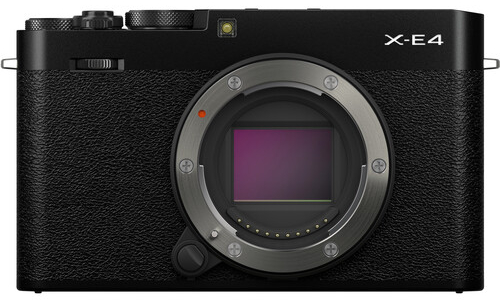 The Fujifilm X-E4 is a rangefinder-style mirrorless camera with a 26MP sensor. The camera comes with an ISO range of 160-12,800.

Unfortunately, the camera doesn’t come with image stabilization, but at its price range, this isn’t necessarily a feature we would expect.

However, the Fujifilm X-E4 features a really fun screen. It’s a 3” tilting touchscreen with 1.62m-dots. This screen is then paired with a 2.36m-dot electronic viewfinder with 100% coverage.

The camera also comes with a surprisingly fast 20fps burst mode and 4K movie capabilities at up to 30p.

The Fujifilm X-E4, in comparison with other similar Fujifilms, is more videographer friendly. The camera features a microphone port so that you don’t have to rely on the stereo microphone.

Other FujiFilm X-E4 Specs Include: 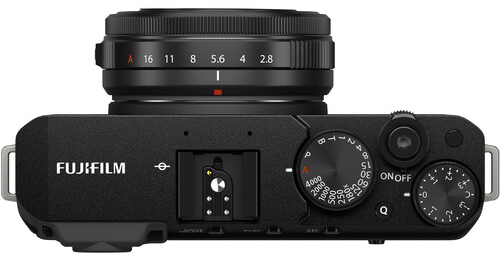 When you first look at the camera, you’re going to recognize the fact that Fujifilm intentionally made this camera as minimalist as possible. Depending upon the type of shooter that you are, this is either really great news or really bad news.

I personally like the clean look of the camera, but you shouldn’t expect to be able to shoot with it right out of the box since some of the settings take a moment to find. 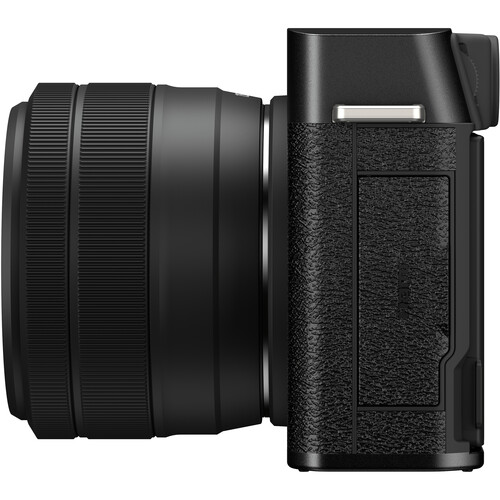 Since the Fujifilm X-E4 build is so small, you shouldn’t have any problems handling it with a wrist strap, unless you put an awkwardly large lens on the camera, which we don’t recommend anyways.

The camera comes with a 380-shot battery life, which is pretty good considering all of the features it has that zap a lot of battery. The battery life will obviously change depending upon how often you’re using the EVF and screen and whether you’re shooting video or not. Still, we are pretty impressed with its battery life.

The camera isn’t particularly curvaceous. In fact, it’s pretty much shaped like a box. This is going to get a little frustrating if you're planning on shooting with it all day because it doesn’t fit very well in your hand and there isn’t much of a grip to speak of.

We would like to thank Benj Haisch for the Fujifilm X-E4 vlogging test above.

As I already mentioned, the Fujifilm X-E4 design is a bit more videographer friendly than some of Fujifilm’s other rangefinder-style mirrorless cameras.

As Benj points out in his video, the Fujifilm X-E4 is pretty obviously designed with vloggers in mind. For instance, the tilting touch screen flips all the way up so that you can record yourself easily.

The camera can shoot 4K video at either 24 or 30fps, with a 30-minute time limit. Conversely, it can shoot Full HD video at up to 240fps (which is how you know it came out this year, those numbers are crazy).

You can internally record 8-bit Log capture. If you’re recording externally, you can boost that up to 10-bit with the HDMI port.

It does feature a microphone port so you can attach your own microphone, though it doesn’t feature a headphone port.

One problem you might have is that the autofocus system isn’t as effective in video mode. You’ll still get eye and face detection, but you can’t subject track. It’s a bummer, but not a dealbreaker. 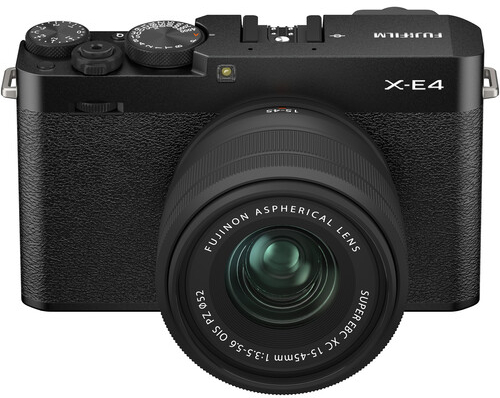 However, if you know where to look, you can find a Fujifilm X-E4 in “like new” condition for a few dollars off.

For instance, right before I published this article, I checked MPB for a used Fujifilm X-E4 and found one for $825. It’s in like new condition and comes in its original packing, so you’re basically getting $25 off for just being willing to buy used.

Of course, as old photographers start to offload their Fujifilm X-E4 bodies in favor of newer equipment, you can expect that price to start plummeting.

So, if you have some time and some patience, keep checking the used Fujifilm page on MPB and hopefully you’ll be able to get a great deal.