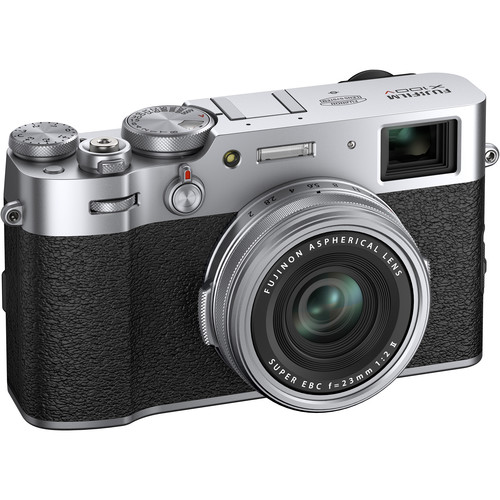 Given the fact that I’ve been highlighting a lot of classic cameras over the last few weeks, I decided it was high time to review a new camera that will allow professional photographers an all-new shooting experience in the new year: the Fujifilm X100V.

Fujifilm is known for creating cameras with classic looks, but modern equipment, and Fujifilm X100V features, like impressive 4K video capabilities and a hybrid optical-electronic viewfinder, allow the Fujifilm X100V to shine.

If you’ve worked with the another one of the Fujifilm X100 series cameras before, then you’ll be thrilled to hear that the Fujifilm X100V comes with some anticipated upgrades, like weather proofing and a better lens.

Let’s get into this Fujifilm X100V review and I’ll share all of the details. 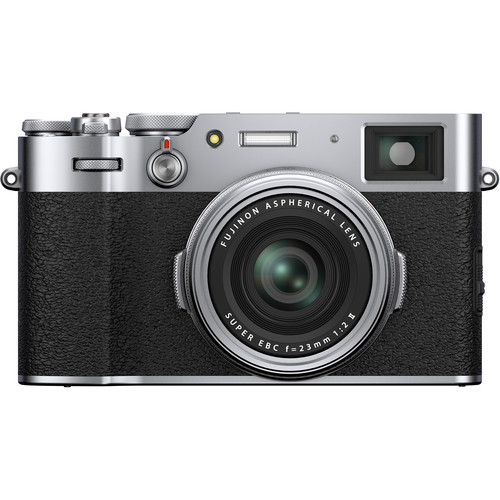 The Fujifilm X100V comes with a 26MP X-Trans sensor, which is paired with a brand new lens. The lens features the same focal length and aperture as older models in the Fujifilm X100 series at 23mm and f/2, but it comes with new optics.

Another major selling point of the Fujifilm X100V is that it shoots 4K video, which isn’t a huge surprise considering older models in the series do as well, but that 4K video is paired with a better autofocus system to allow videographers to track their subjects better than ever before.

Another plus, for both photographers and videographers, is that the Fujifilm X100V comes with a 3” tilting touchscreen.

Other Fujifilm X100V Specs Include:

Still, the most impressive Fujifilm X100V specs are its sensor and viewfinder. 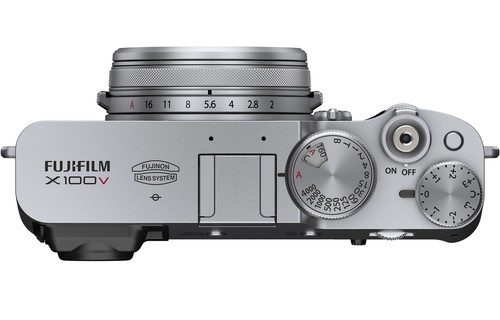 The Fujifilm X100V body weighs just 1.05 lbs and measures 5.04” x 2.94” x 2.1”. You have the option of purchasing this camera in either a classic, all-black look or a silver and black look. Both are made to mimic antique styles. The top and bottom plates on this camera are made of aluminum, instead of magnesium.

If you’ve shot on another Fujifilm X100V series camera before, then you know what you’re getting into in terms of the overall Fujifilm X100V build. Most of the controls on the camera come in the forms of dials, which works beautifully for stills photographers and less so for videographers. 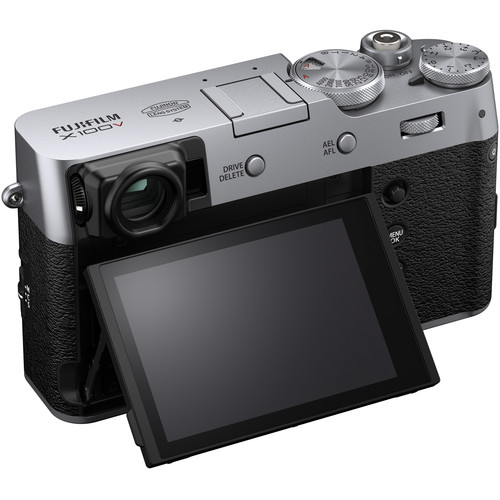 One thing that does set this camera apart from its predecessors in terms of its overall design is the fact that it is now dust and splash resistant.

The Fujifilm X100V doesn’t come with a 4-way controller. Fujifilm instead opted to entice photographers to use the touchscreen more frequently. Thankfully, the touchscreen is incredibly responsive and it didn’t take me but a moment of playing around with this camera before I felt confident without the controller.

Many of the buttons on this camera are also customizable. 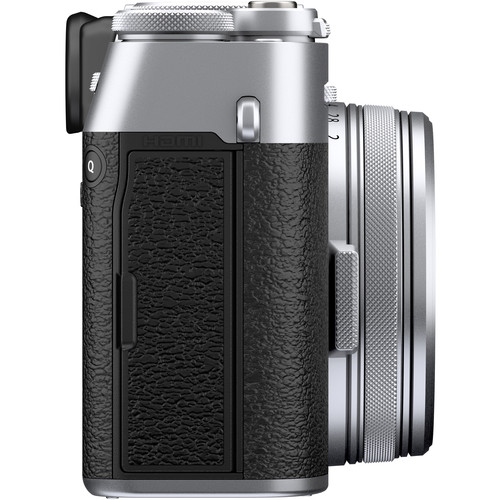 The Fujifilm X100V handling is one of my favorite things about this camera. The grip changed just a bit from the older model so that the contour is just a bit more edged. For a camera that definitely doesn’t pride itself on having a really sturdy grip, this has made me much more confident in shooting with it, although I will likely continue to shoot with a wrist strap still.

There were also some changes to the Fujifilm X100V design that I felt were beneficial, like the fact that the viewfinder is a bit larger than it was in older models and the fact that the ISO control that sits inside of the shutter speed dial changed. Whereas in older models it would take you a while to adjust this setting, you now have to go through one extra step to fix your position which means you can very quickly change your ISO.

I can’t talk about the handling on this camera without mentioning the battery life. Fujifilm claims that the battery lasts for 350 still shots if you’re strictly using the electronic viewfinder, but that this number jumps to 470 shots if you’re strictly using the optical viewfinder. Regardless, you won’t have to worry about the camera running out of battery just when you need it most.

Barparildar is quickly becoming one of my favorite YouTube videographers because all of his camera reviews are less reviews than they are mini-movies. His Fujifilm X100V video performance test is no different.

If the gorgeous clarity, soft colors, and mesmerizing landscapes in this video aren’t enough to make you want to shoot with this camera, then I don’t know what is.

Obviously, the Fujifilm X100V isn’t a camera designed specifically for videographers. For example, you can’t shoot footage longer than 10 minutes in length while shooting in 4K and the micro-HDMI connection will leave you wanting. Still, you will be able to shoot gorgeous, albeit limited, footage with it.

If you want to simulate film with your footage, you can do so with the wide range of film simulations available to you.

There isn’t any in-body image stabilization, so the only way you’re going to get video as smooth as the video above is by using tripods consistently. The autofocus system works quite well with this camera, unless you’re going to be filming athletes or any other subjects that are incredibly jumpy. 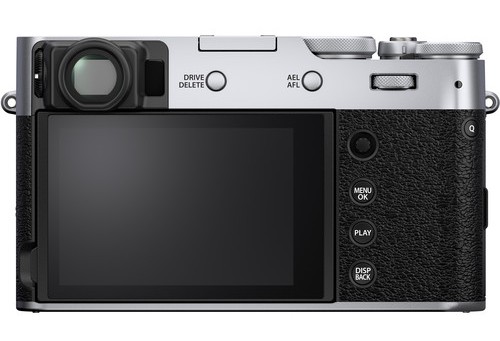 But, if you’ve followed PhotographyTalk for very long then you know the last thing we recommend is buying any camera new, even if it did just come out a few months ago. Just like a car, a camera loses a lot of its value the moment it lands in the hands of its first buyer.

So, we went searching for used Fujifilm X100V bodies online.

Our go-to retailer for searches like these is always MPB. Unlike with other used items retailers, like Craigslist or Ebay, MPB actually cares about the quality of the products that get put up on their site. So much so that MPB buys all of the secondhand equipment they sell on their website from the original sellers first so that they have time to take excellent photos of the used cameras and so that they have time to make sure everything is working properly.

They have a full staff of professional photographers and videographers who are hired to grade every piece of equipment they receive. The grades range from “like new” to “faulty” and you can actually expect their rating system to be accurate. Besides, most of the used cameras on their site are in either like new, excellent, or good condition, although some of the much older cameras may be marked as “well used.”

Plus, if you have old equipment that you’re looking to trade in for a new camera or camera lens, MPB can handle that for you as well.

While MPB currently doesn’t have any used Fujifilm X100V bodies for sale, you can check this page for updates regularly because they receive hundreds of new cameras each day. You may just end up saving yourself hundreds of dollars.