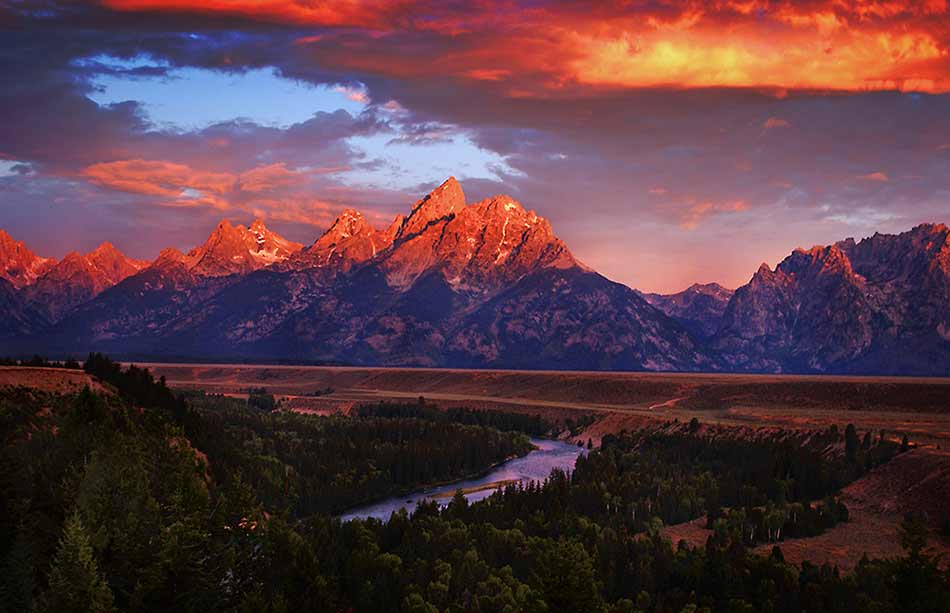 With soaring mountain peaks, pristine alpine lakes, and an abundance of wildlife, there is no lack of subject matter on which to train your lens.

After all, there’s a reason why Ansel Adams frequented the park!

In this photography and travel guide, we’ll reveal some of the best locations to photograph sunrises and sunsets, wildlife, and the landscapes of the park.

What to Photograph in Grand Teton National Park - Schwabacher’s Landing 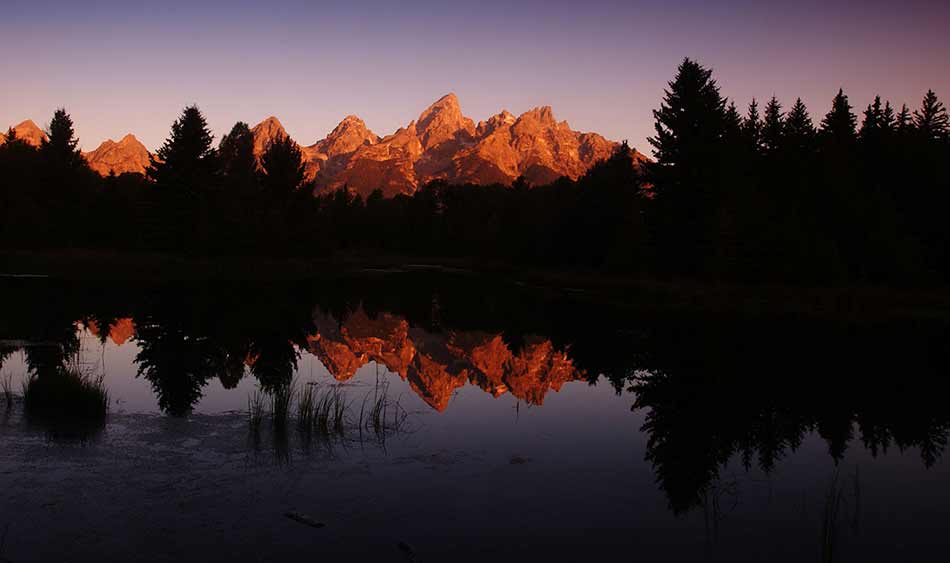 To be fair, it isn’t Schwabacher’s Landing itself that you should photograph, but the view of the Tetons from there.

Just a short jaunt down a gravel road from Highway 191 north of Jackson, this spot is one of the most popular photography locations in the park. As shown above, you can see why!

Beaver dams have created still pools of a tributary of the Snake River, which provides you with ideal conditions for capturing both the Tetons and their reflection in the still waters.

Sunrise is a particularly good time to take photos here, as the rising sun illuminates the peaks while leaving the valley in darkness. Just be sure to get there early to stake out a spot, and walk the pathways north along the pools to get away from the crowds in the parking area.

What to Photograph in Grand Teton National Park - Wildlife 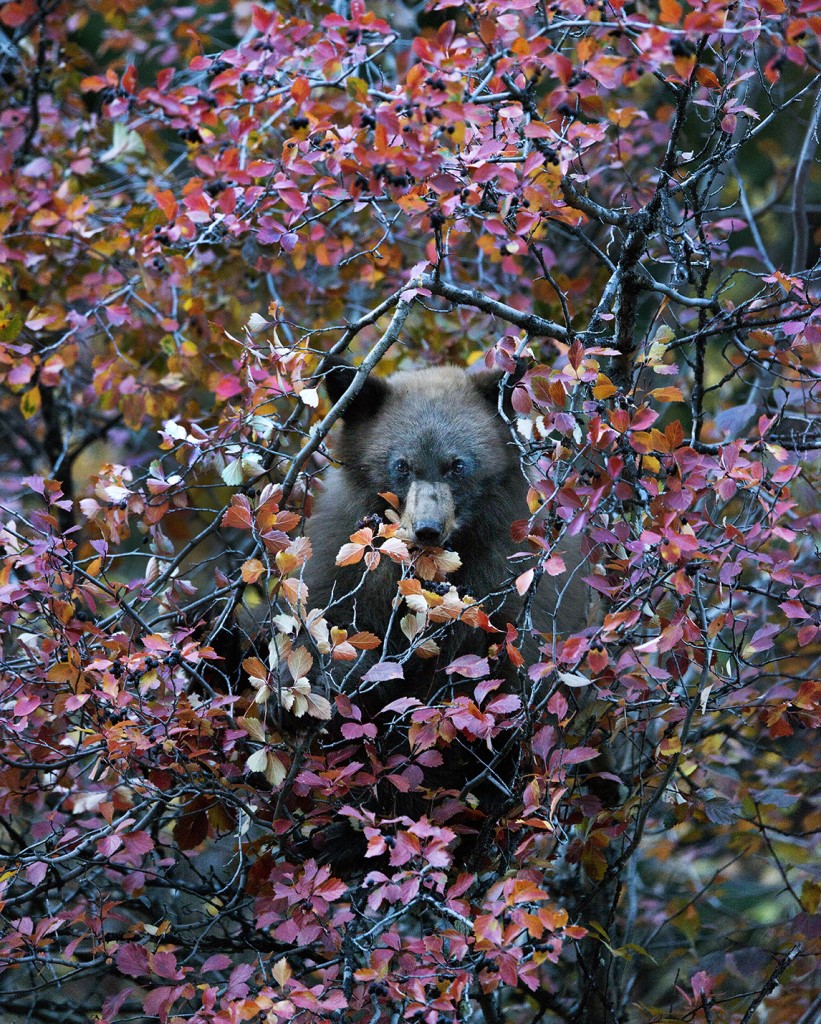 Though the Tetons are the crown jewel of the park, the wildlife in this area is vibrant and abundant.

From grizzly and black bears to elk and moose, there are plenty of large mammals to see and photograph. 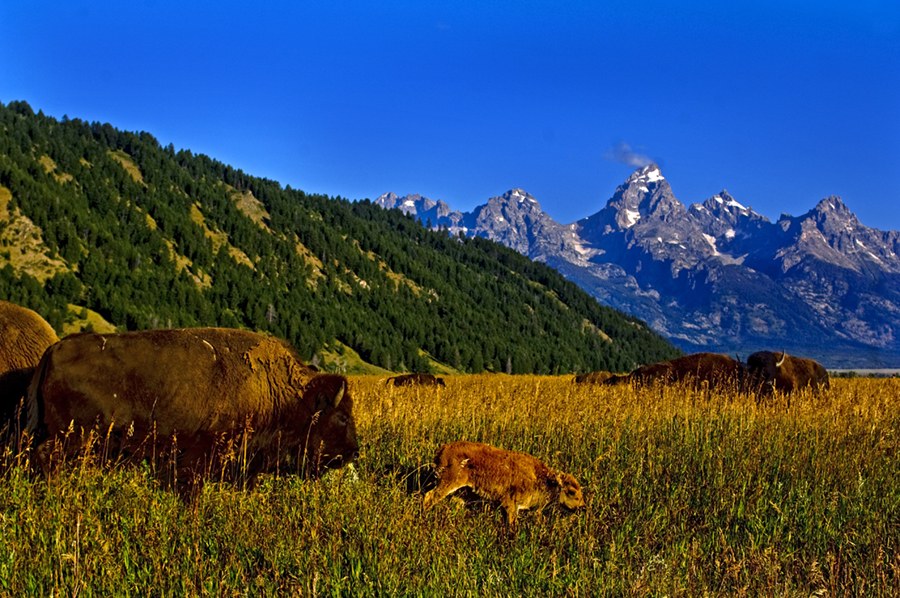 Herds of bison can be found roaming throughout the valley in the summer months, including Antelope Flats, which, as shown above, offers spectacular views of the Tetons. The drive through Antelope Flats is worth your time as well, especially along Mormon Row, where several 100-year-old barns and other buildings still stand from Mormon settlement in the early 20th Century.

In the winter, elk herds descend from the higher elevations of Yellowstone to graze in the National Elk Refuge on the northern edge of the town of Jackson. You can even take a sleigh ride through the refuge to get an up-close look at massive bucks, whose antlers can spread up to four feet wide. 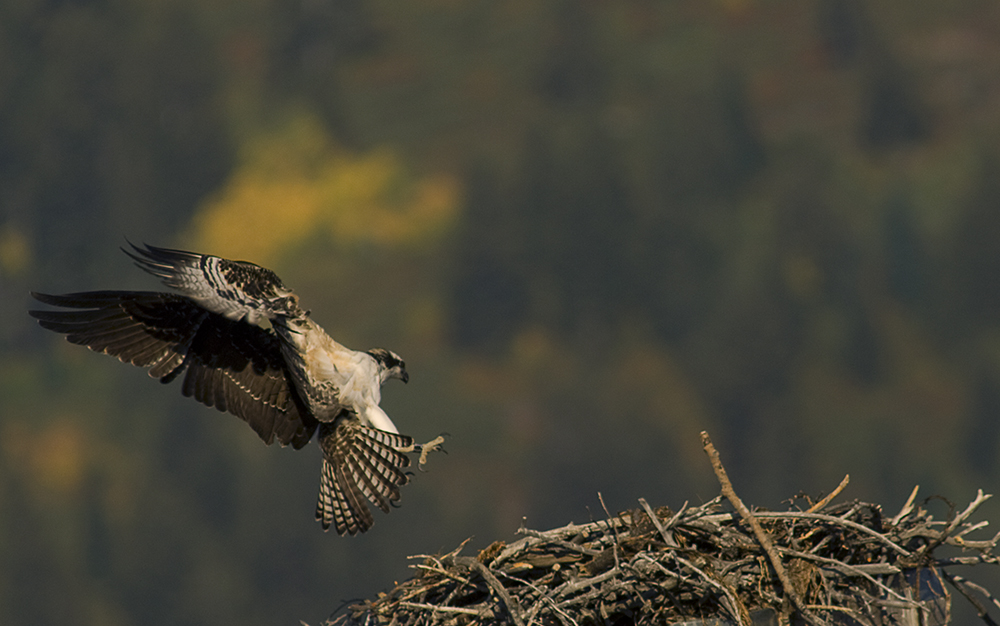 You’d be remiss if you didn’t seek out opportunities to photograph the many species of birds that inhabit this region as well.

Bald eagles, osprey, ducks, geese, and trumpeter swans can be found in and near bodies of water in the park, including Oxbow Bend, which offers a breathtaking view of Mount Moran with the Snake River in the foreground. 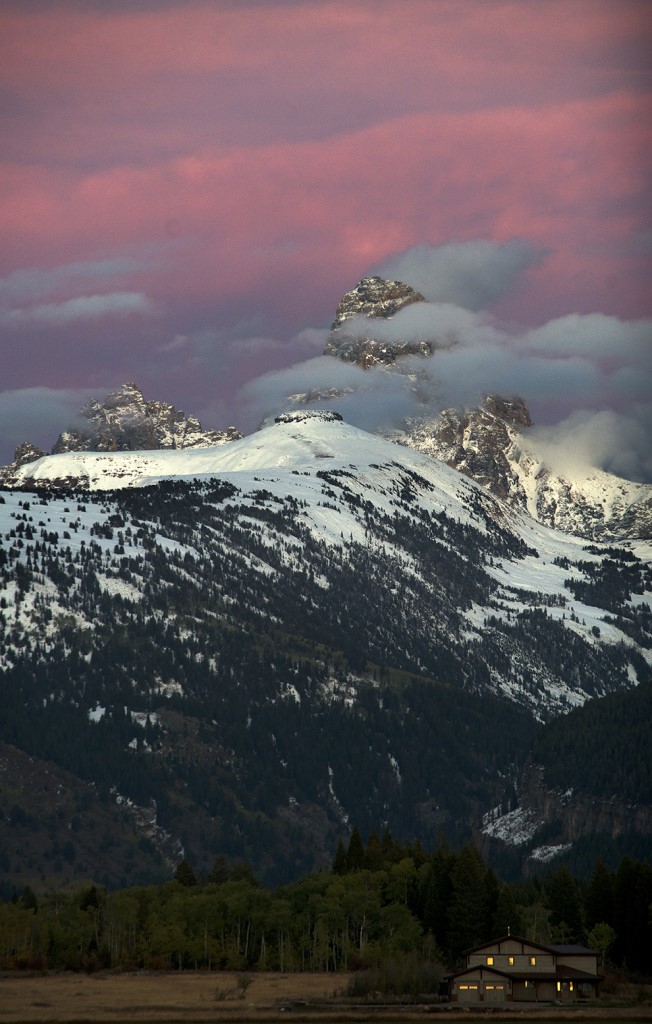 The signature peak of the Grand Teton takes on a completely different look from this side, as does the entire mountain range. Unlike the Wyoming side, which ascends rapidly from the valley floor, there are foothills on the Idaho side and large areas of farmland that offer unique opportunities for foreground interest.

If you want to get up-close to the Grand Teton, head up Ski Hill Road from Driggs, Idaho, through Alta, Wyoming, to Grand Targhee Ski Resort, where you can ride to the top of the Dreamcatcher chairlift to see the hulking mass of the Grand Teton and its surrounding peaks in full view. 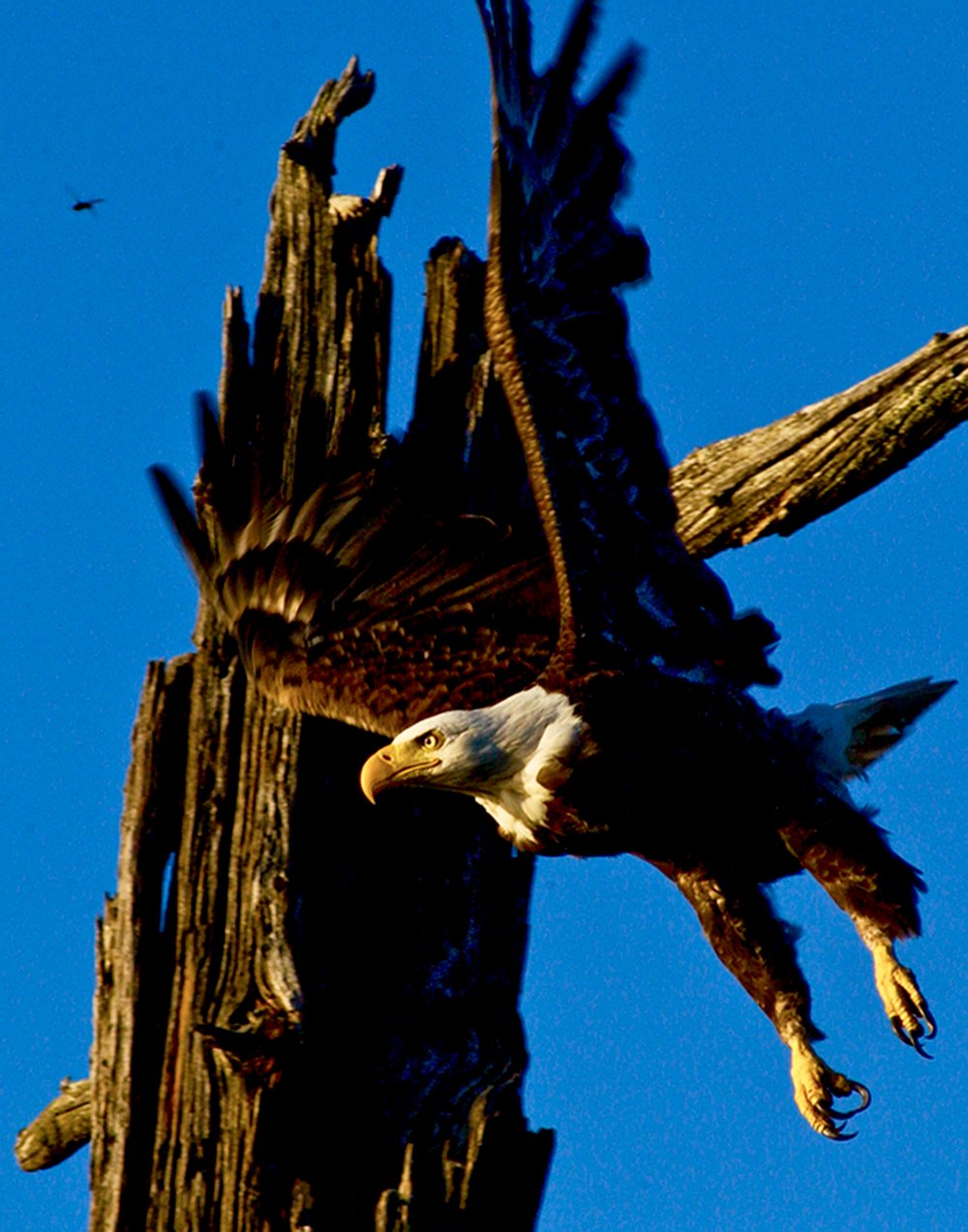 Once September rolls around, the massive crowds that inundate the area for the summer have dispersed and you can often find yourself completely alone in many corners of the park.

What’s more, September is a prime time to visit for fall colors, active wildlife, and late-afternoon thunderstorms rolling over the peaks of the Teton Range.

As noted earlier, while the park is much smaller than Yellowstone, there is no lack of locations to capture its incredible beauty. Often, you’ll find the most difficult part of photographing the Tetons is simply deciding where to go!

That’s precisely why visiting this breathtaking area as part of a photography workshop is the way to go. 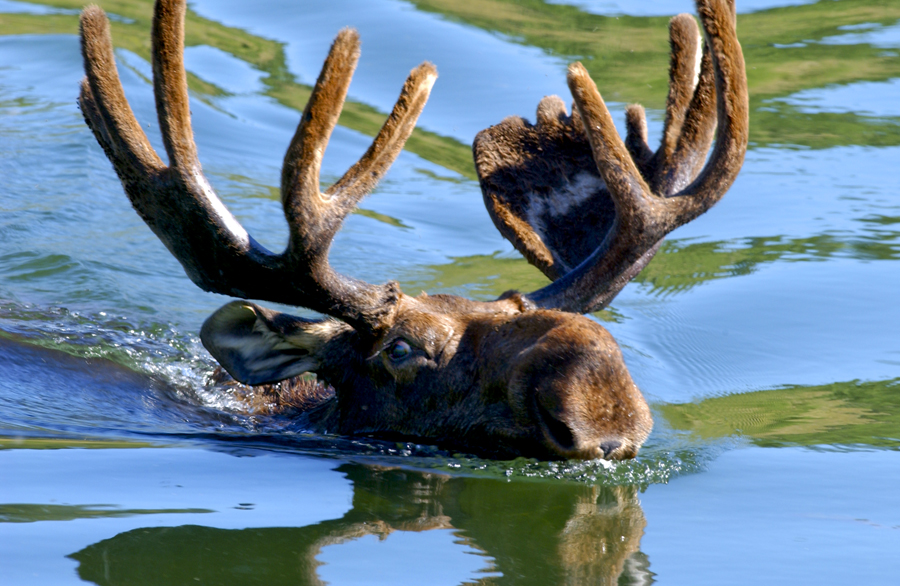 For my money, I want to participate in a small-group workshop that’s focused on self-growth, skill development, and adventure. That’s exactly what National Photographic Adventures provides in their Teton Fall Photo Adventure.

The man behind the curtain of National Photographic Adventures happens to be a good friend of mine, Kevin Vandivier.

I can tell you that Kevin’s knowledge and know-how of photography are unparalleled. With him as your guide, you have no choice but to learn and grow as a photographer! 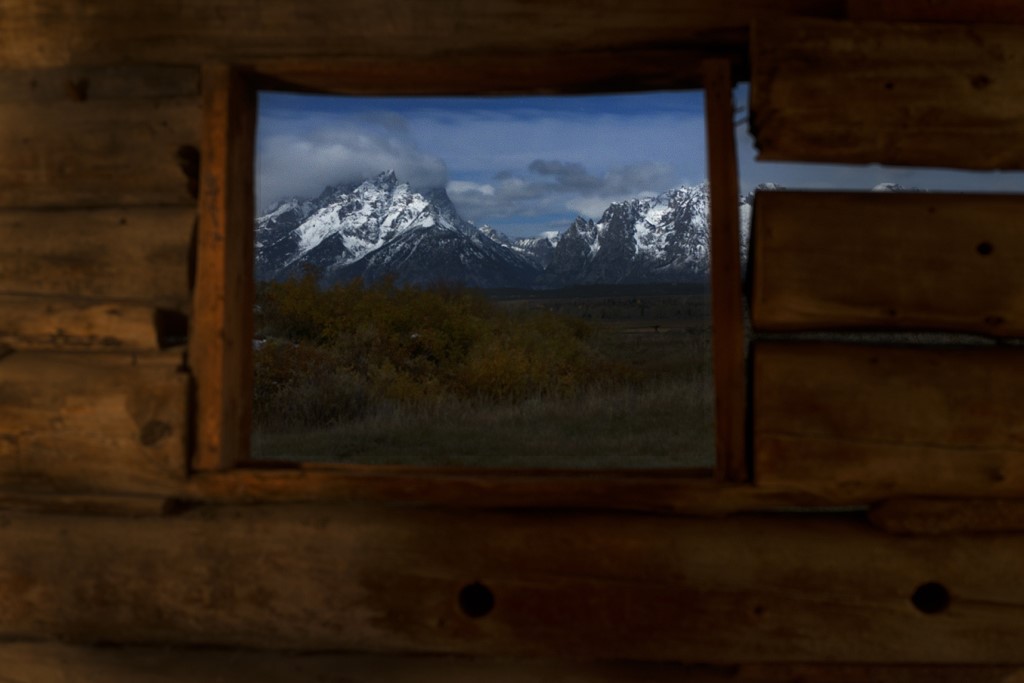 More than that, Kevin has a true passion for helping people achieve their goals behind the lens. His Tetons Adventure includes ample instruction time, one-on-one feedback, and a ton of fun that gets you excited about improving your skills.

Gorgeous views, beautiful wildlife, a small group of like-minded photographers, and a teacher that knows his stuff and truly cares about your development...what more could you want out of a photography adventure?!

This workshop is coming up fast - September 27-October 1, 2019 - so get all the details and reserve your spot today!