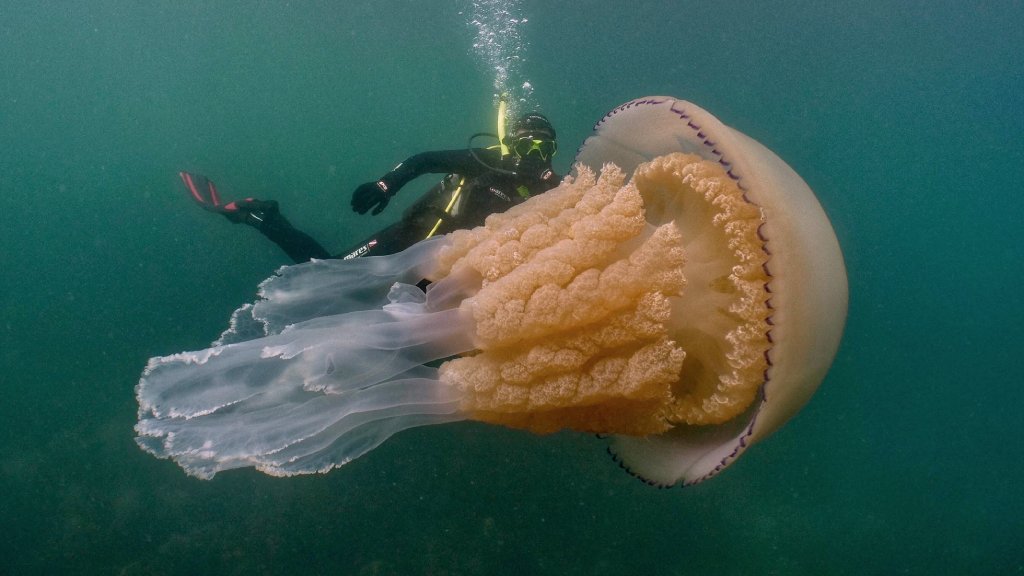 Dan Abbott had a humbling experience on a diving trip recently when he ran into a barrel jellyfish larger than a human.

Abbott, who was diving with Lizzie Daly off the Cornwall coast, published the photo which immediately went viral.

Abbott was supposed to be shooting blue sharks but had to change his plans when the weather went from bad to worse. 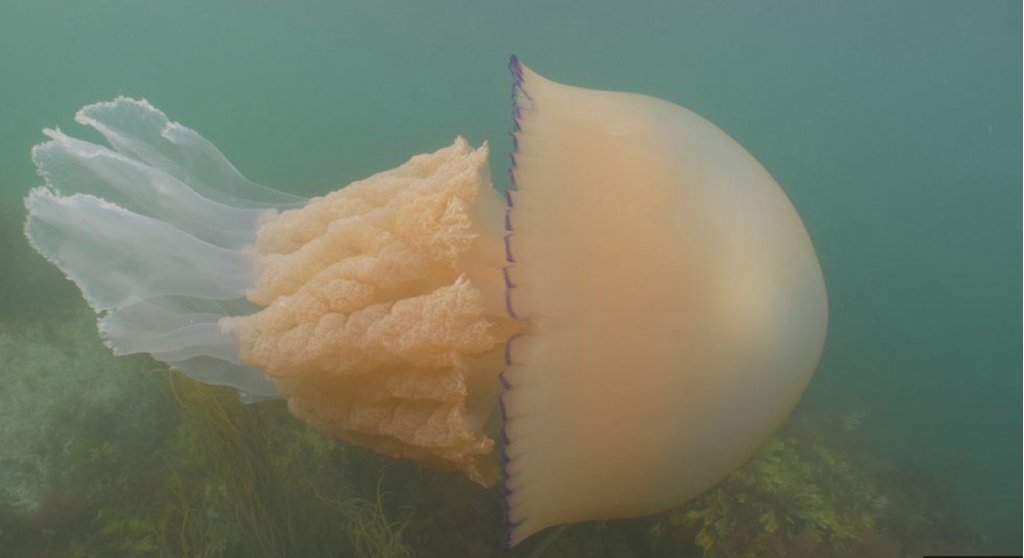 Neither of the divers was expecting to encounter the gentle giant, especially at such shallow depths. These photos were captured at just 7 to 10 meters under the water's surface, which is relatively shallow for scuba divers.

How Rare Are Giant Jellyfish? 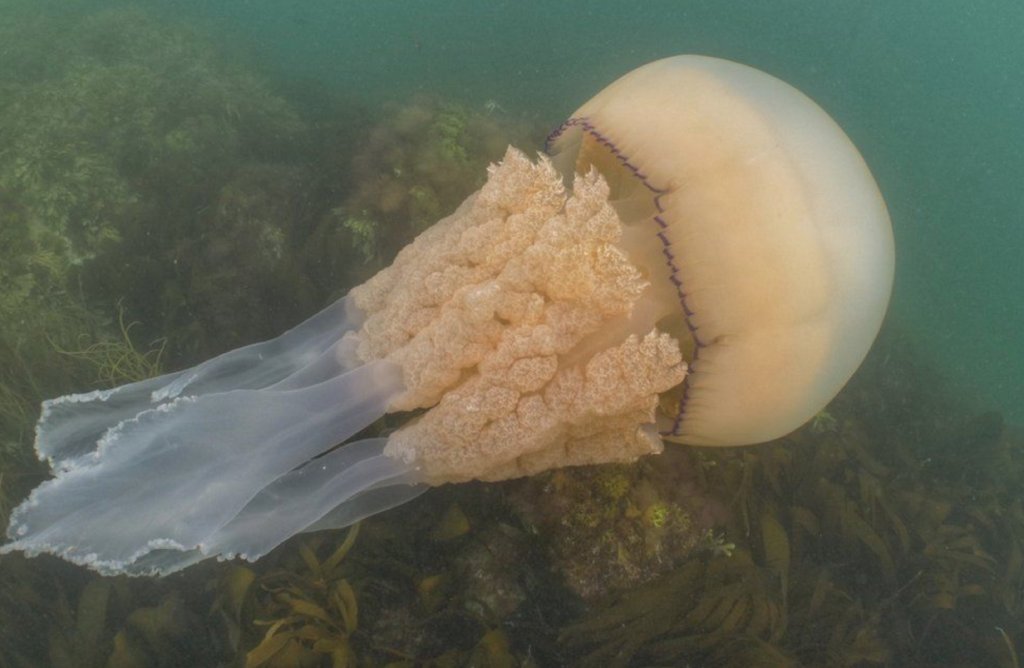 The planet is currently undergoing a "global jellyfish crisis," according to JStor.

Jellyfish are amongst the most adaptable sea creatures because they are made of at least 95% water, and the rest of their bodies are just focused on capturing and using enough energy to keep them alive.

One type of jellyfish has even achieved near-immortality by aging backward, reverting to a bloblike cyst when threatened. From this state, it can reproduce whenever conditions are good.

And conditions have been great. Warmer ocean temperatures are allowing these jellyfish to reproduce more times per year, which in turn leads to more jellyfish blooms.

So, chances are rare that these giant jellyfish will be going away anytime soon.