How Long for a Pro DSLR to Freeze? 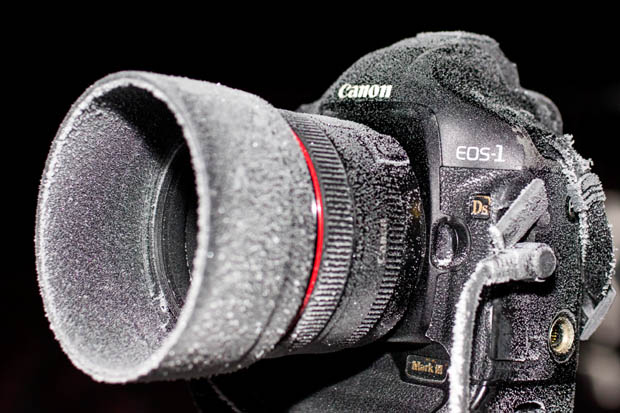 Since much of the midwest and eastern seaboard have been dealing with the polar vortex this week, I figured that a story about freezing a DSLR to death would be appropriate...

But this isn't just about some poor photographer that accidentally left their camera out in the cold.

Instead, this is just a silly stunt by Peter McKinnon, who thought the -21 Celsius (-6 Fahrenheit) chill in the air would be appropriate for his experiment.

In the video above, Peter leaves an old Canon 1DX out on the sidewalk and then a friend of his comes over with a cup of boiling water to drench the camera.

Essentially, the water just flowed over the camera and onto the sidewalk. The camera seemed to suffer no ill effects.

I don't want to give away what happens next, so just give the video a look to find out how long it actually takes to freeze a pro DSLR. Also be sure to check out Peter's YouTube channel for more videos!

Interestingly enough, this isn't the first time that someone has frozen their camera...

Need to upgrade your camera (or replace a frozen one)? Search for great deals on pre-owned gear. 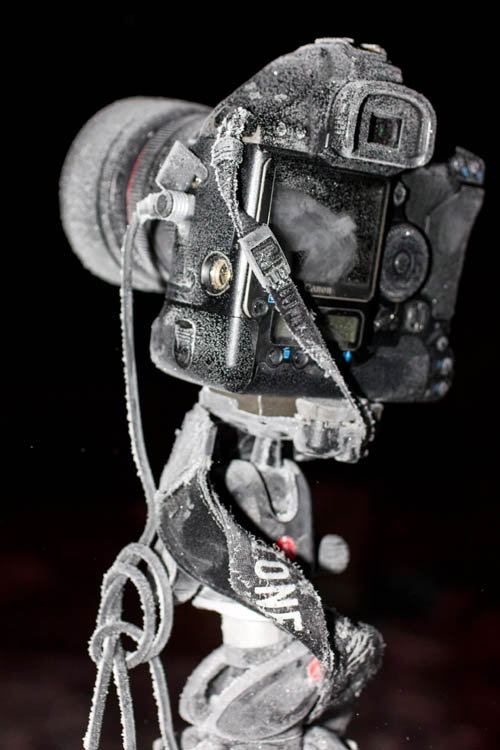 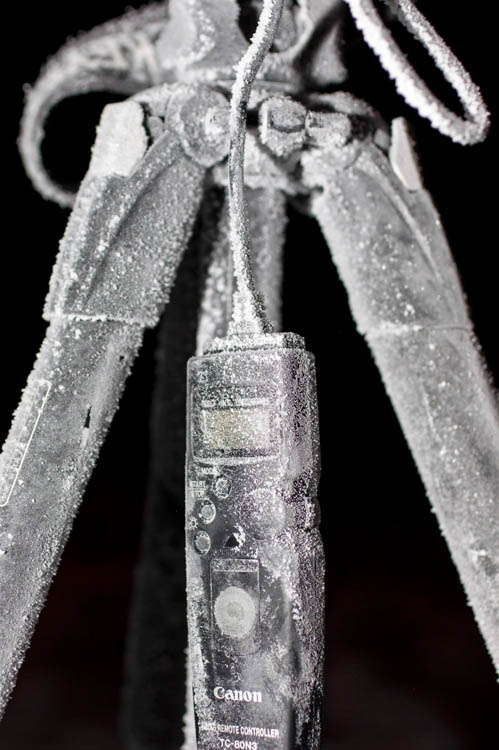 Back in 2012, Alessandro Pella Bella was shooting in frigid temperatures (as cold as -25 C, or -13 F) in the Swiss mountains.

He wasn't just out for a couple of still shots, either. Instead, he was creating a time-lapse video of the starry sky over the course of two nights. 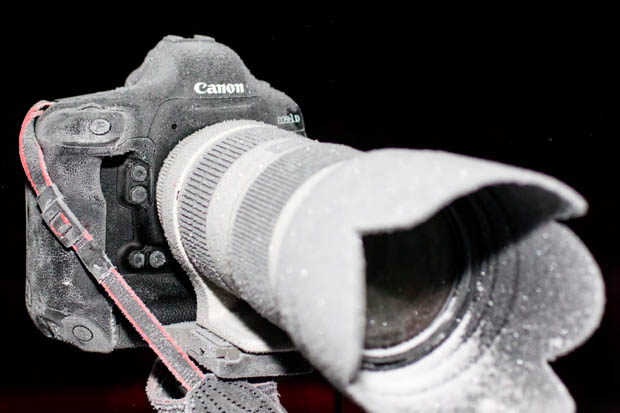 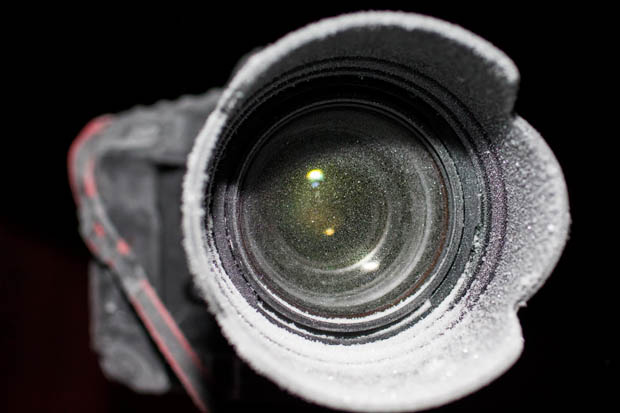 As you can see, his cameras got cold. Really cold.

It's no wonder, too, being that his five Canon cameras were out in such cold temperatures over many, many hours taking more than 10,000 shots. 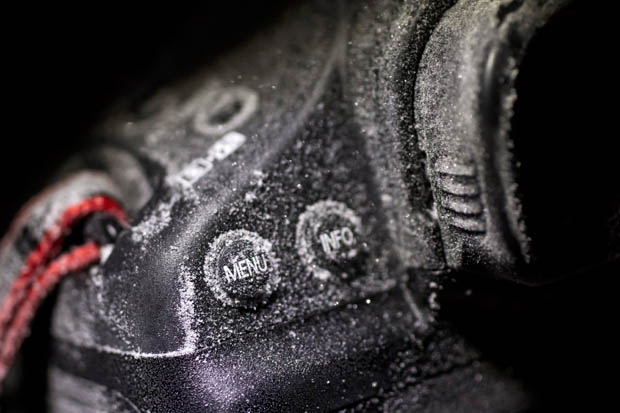 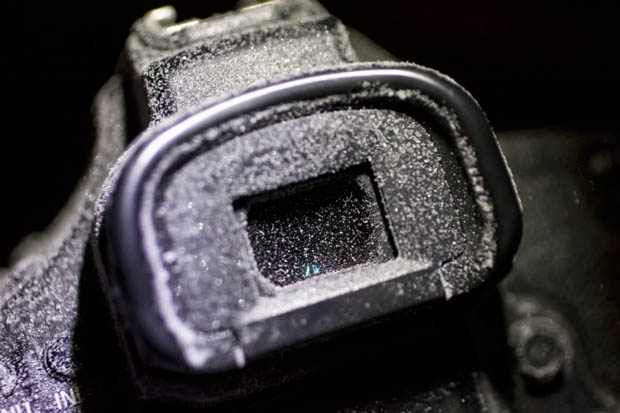 Shockingly, all five of his cameras came through the experience without any damage, which, looking at these photos is pretty hard to believe.

But, as you might expect, there were some issues along the way thanks to the bitter cold. 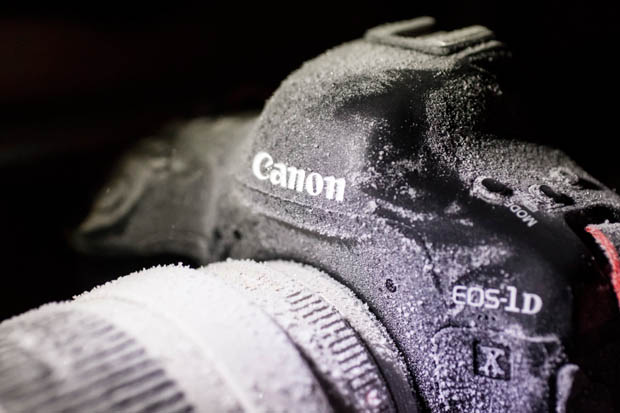 For starters, Alessandro had to bring extra lenses because they kept freezing up. When one would freeze, he'd switch it out and defrost it in front of an oven.

Not surprisingly, the camera batteries were also a major issue, as the cold temperatures drained them in just an hour or two, so battery swaps were a constant occurrence.

Of course, he was probably a little chilly as well!

I, for one, think it's amazing that Alessandro's cameras and lenses came through their cold ordeal unscathed.

But what's more amazing is the footage he captured on those frigid nights.

Check out his incredible time-lapse above, and as you watch, remember what his gear looked like and try to imagine how incredibly cold he must've been shooting this footage!

Images of Alessandro's frozen gear are used with permission.