How to Add Life to a Flat Photo 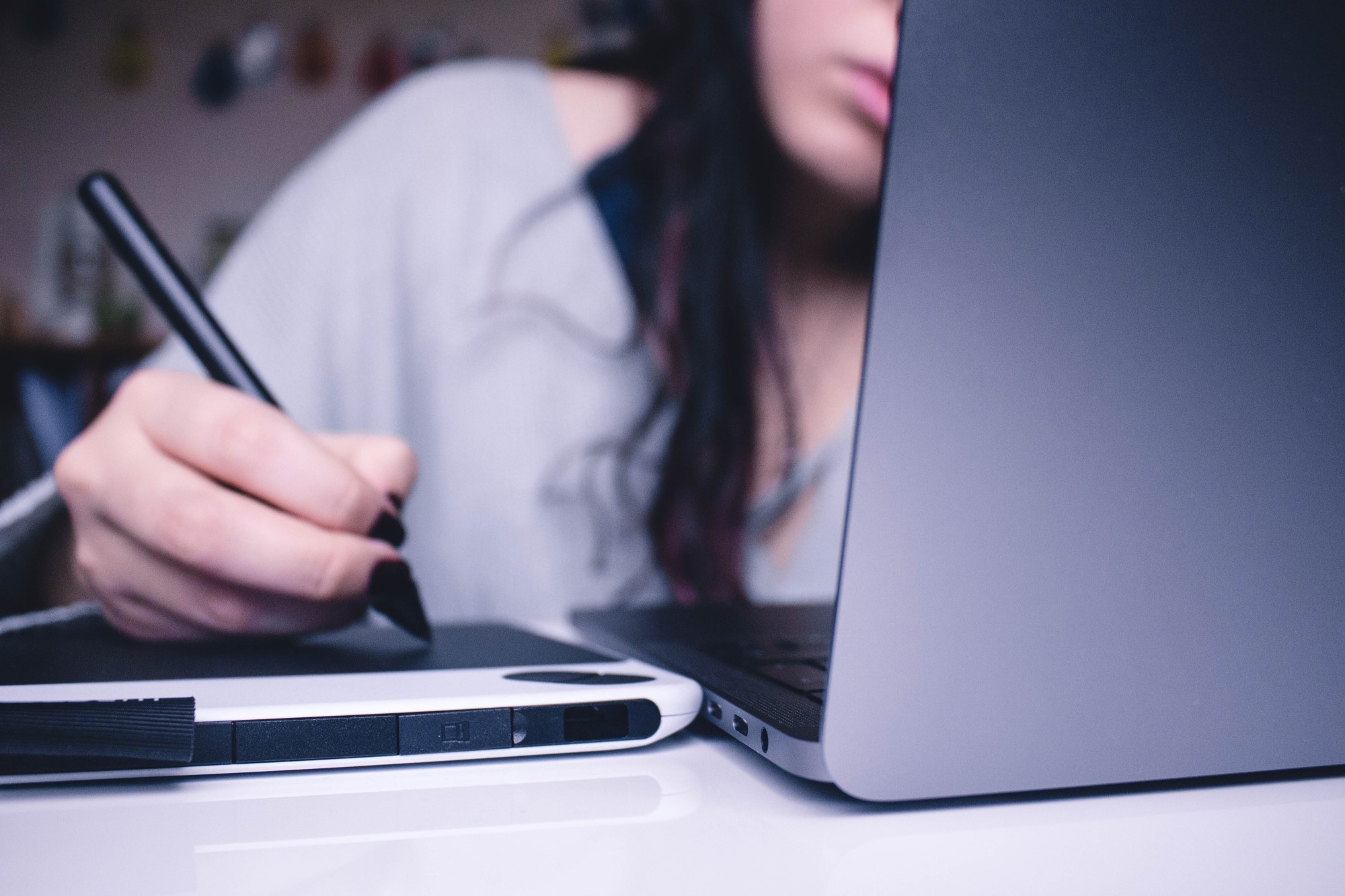 Photo by Josefa nDiaz on Unsplash

If you shoot in RAW (which you should), you know that the image files are quite flat, with little in the way of color and contrast.

This means that before you publish, print, or share images, you need to do some work to add life to the shot.

The question is, how do you add punch to a flat photo?

In this tutorial, you’ll learn simple tricks for how to edit a flat photo using Exposure.

What is a Flat Photo? 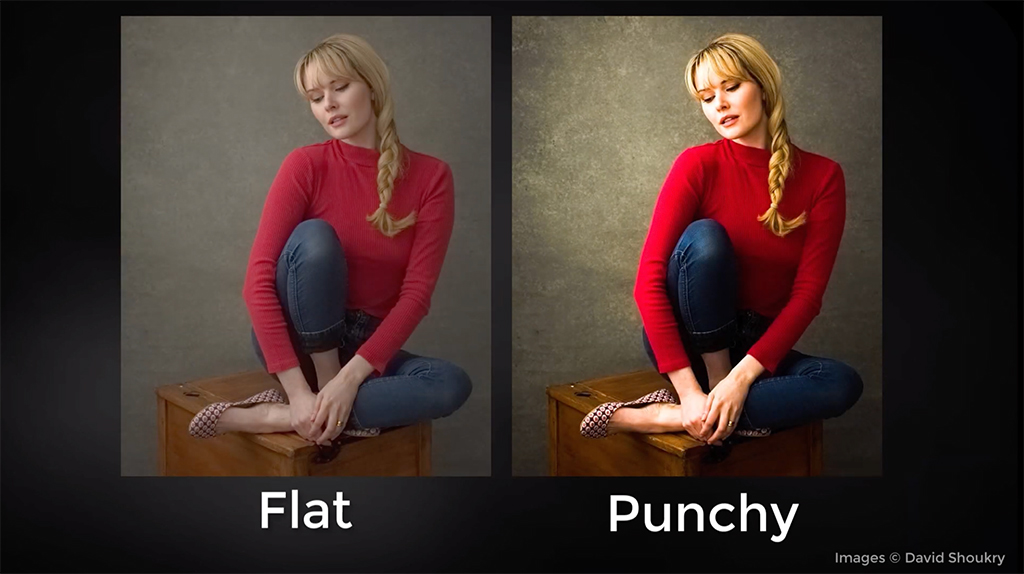 To begin, let’s answer the question, “What is a flat photo?”

Essentially, a flat photo is one with very little in the way of contrast. This is advantageous because flat photos retain the details in both the shadows and the highlights.

The flatness of the image can be easily corrected in post-processing, as we will soon see. So, there’s a double benefit - there’s more details in the shadows and highlights and it’s easy to add visual punch to a shot. It’s the best of both worlds!

How to Edit a Flat Photo: Work on Contrast 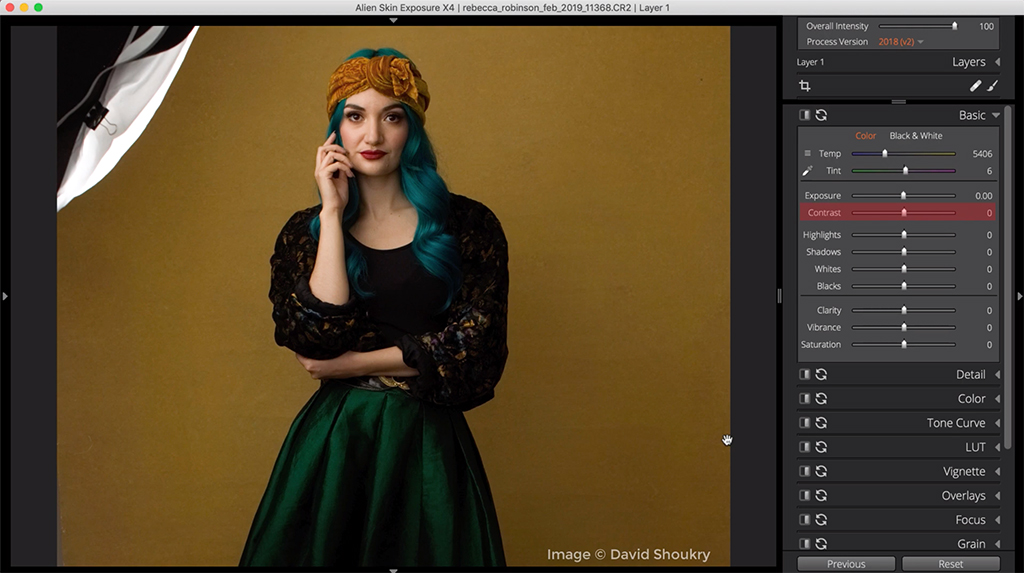 The first step needed to add life to a flat photo is to increase the contrast in the shot.

Contrast is the overall difference between light and dark tones in a photograph. As noted above, flat images have reduced contrast, so using a program like Exposure to boost contrast will immediately give the photo greater visual appeal.

With greater contrast comes greater dynamic range. The greater the dynamic range, the wider the histogram for the shot will be (conversely, a flat image’s histogram has a peak in the middle with very little values on either end). 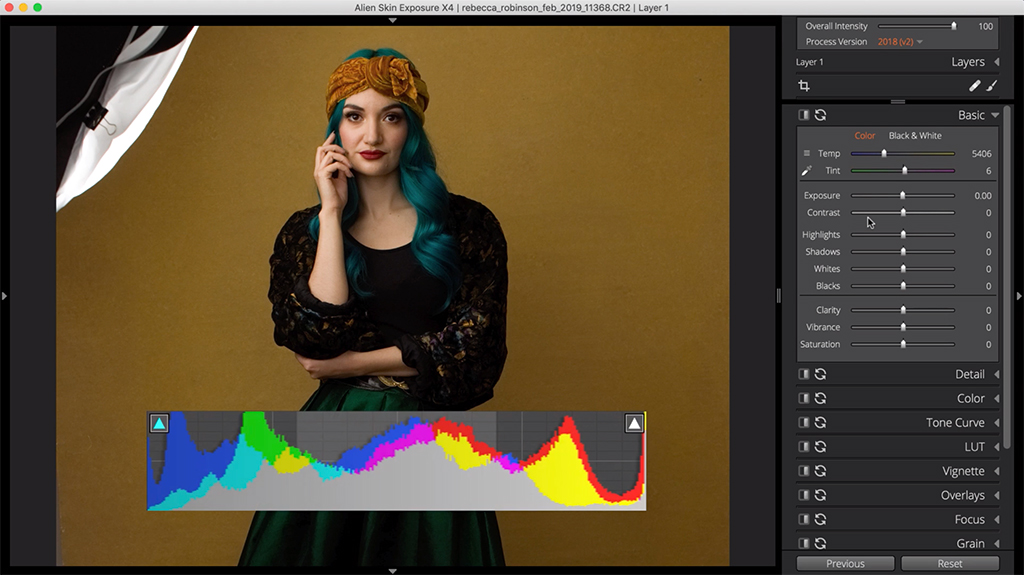 When adjusting the contrast of an image, you want to do it in a way that makes the dynamic range extend the width of the histogram, as shown above. Doing so ensures you have deep shadows, bright highlights, and plenty of pixels in between.

The primary question you should ask yourself when working on the contrast is how much to add.

As a result, it’s necessary to experiment with the level of contrast and fine-tune it such that you get the visual punch you’re after without going overboard.

How to Edit a Flat Photo: Give Clarity a Boost 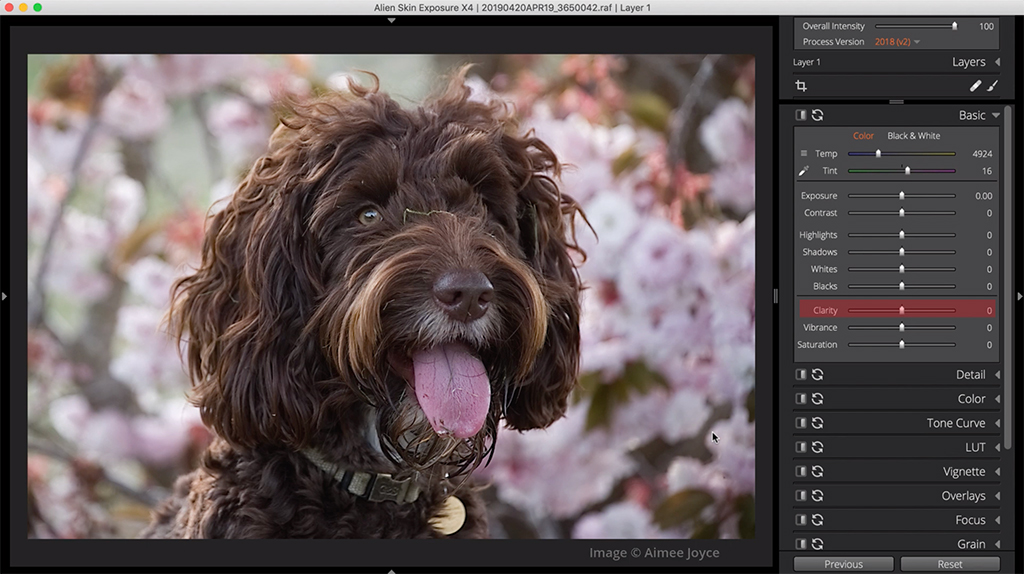 In programs like Exposure, you’ll find a Clarity adjustment tool that is also beneficial for giving your photos added visual appeal.

Specifically, the clarity slider makes adjustments to the edge contrast of midtones in the image.

In addition to this, clarity gives photos a sharper appearance and also enhances textures and other small details. In particular, clarity is an excellent tool for giving more life to a black and white photo. 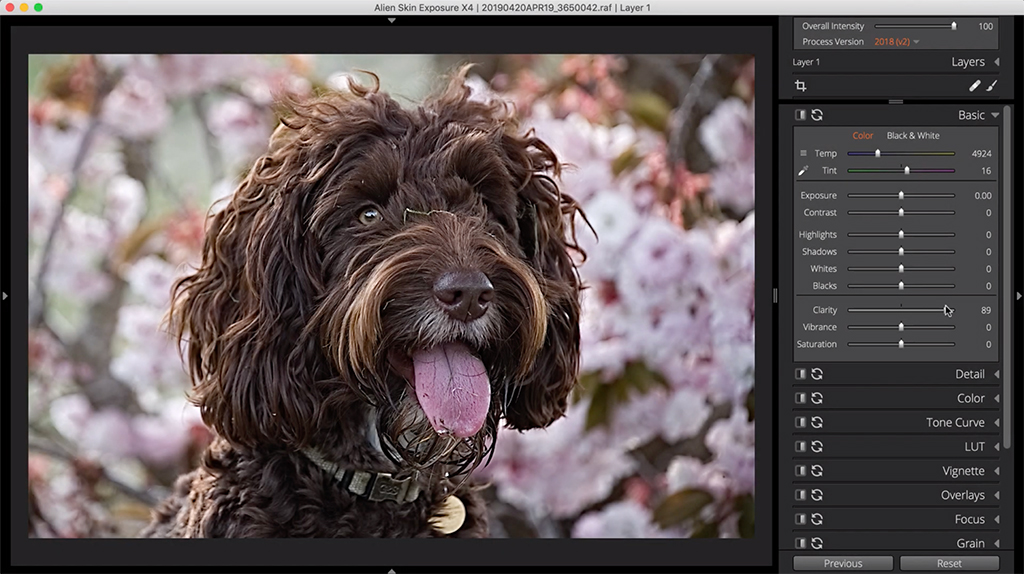 More generally, clarity is a great option if the photo is of a landscape, cityscape, or animal. This is because clarity brings out the textures of landscapes, enhances the linear lines of buildings, and emphasizes wrinkles and other skin textures.

Again, working with something like the clarity tool requires some experimentation to determine the level at which you get the best results. Too much clarity results in an overprocessed look that is not pleasing at all (as shown above) while not enough clarity can leave an image looking too smooth and soft.

How to Edit a Flat Photo: Use Vibrance, Not Saturation 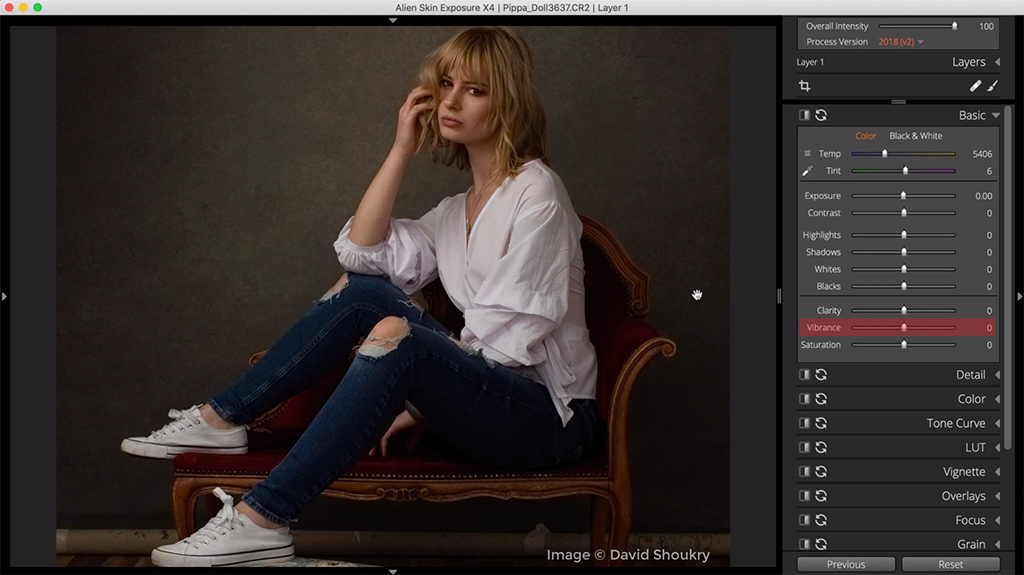 A third option to add punch to a flat photo is to manipulate the vibrance of the photo.

Vibrance is like saturation, in that it makes colors appear richer. However, vibrance, only works on pixels that have a lower saturation. The result of this is the ability to deepen the colors of the shot without making colors that are already saturated look overprocessed and fake.

This is a particularly good tool to use when working on a portrait - vibrance protects skin tones, so you can improve color saturation in other areas of the shot without making people’s skin look unnatural. 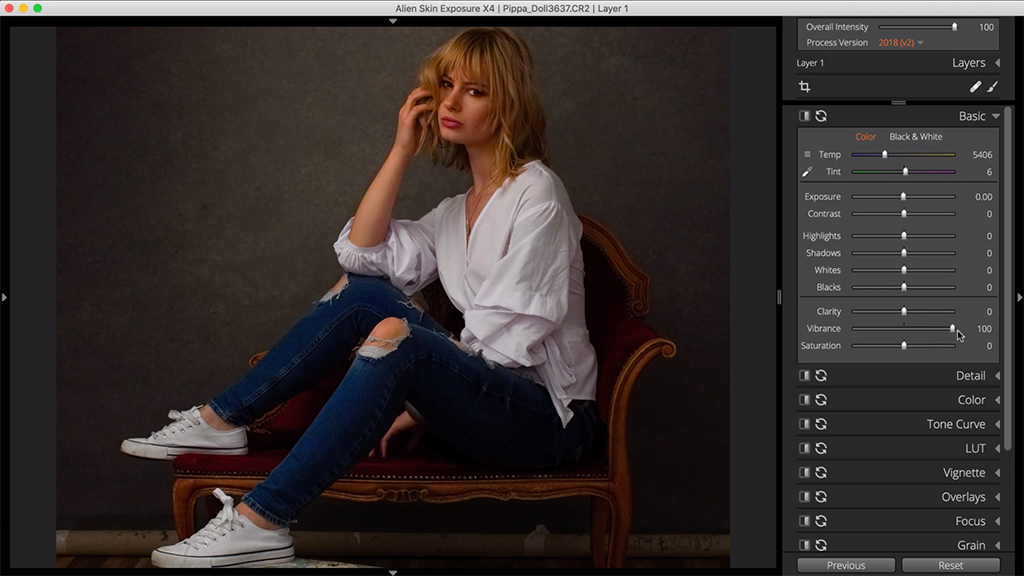 Just be aware that pushing vibrance too far can result in colors that look unrealistic, blotchy, and lose detail, thus appearing as a solid color block.

While having a flat image isn’t usually desirable, neither is having an image that looks overprocessed! As with all things in photography, practice makes perfect, so experimenting with these three tools will help you step up your post-processing game and create engaging, beautiful photos with tons of life.

In the video above by Exposure Software, you can see each of these steps to add life to a flat photo in action.

Remember, the tutorial explains these steps using Exposure, but these instructions can be used to work on images in other programs as well.

If you don’t have Exposure, you can download a full trial version to test out.