How to Use High Speed Sync 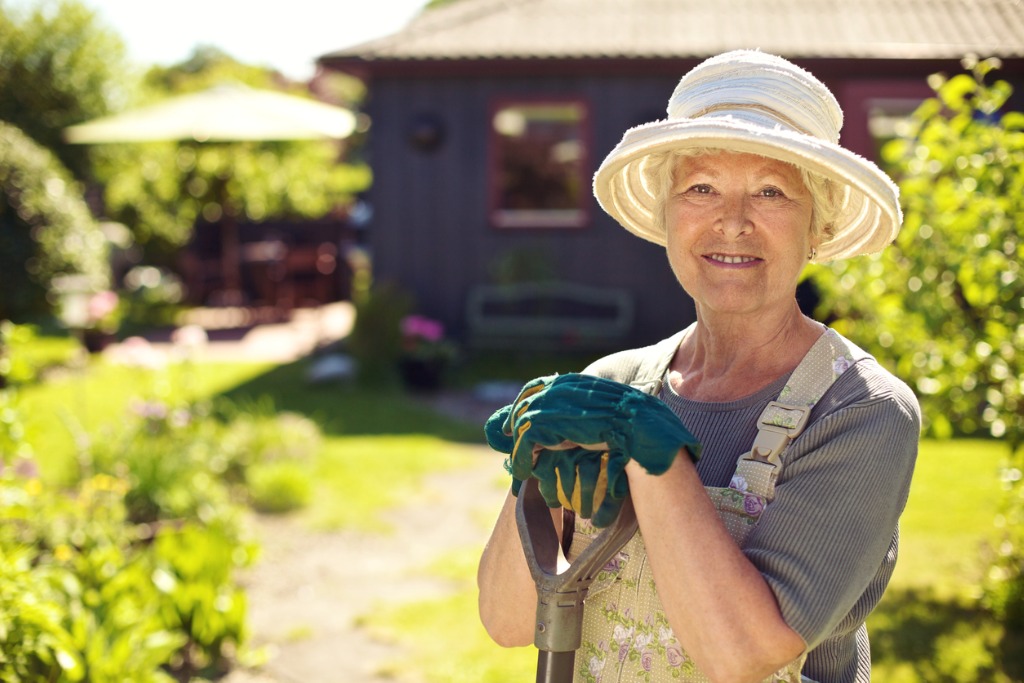 Photographers looking for more exposure control when using flash or in search of motion-based special effects should look at the flash photography techniques of high speed sync and rear curtain sync.

These controls may be labeled slightly differently based on your specific camera and are generally accessed from within a deeper camera menu or sometimes from menu options on your dedicated flash unit. 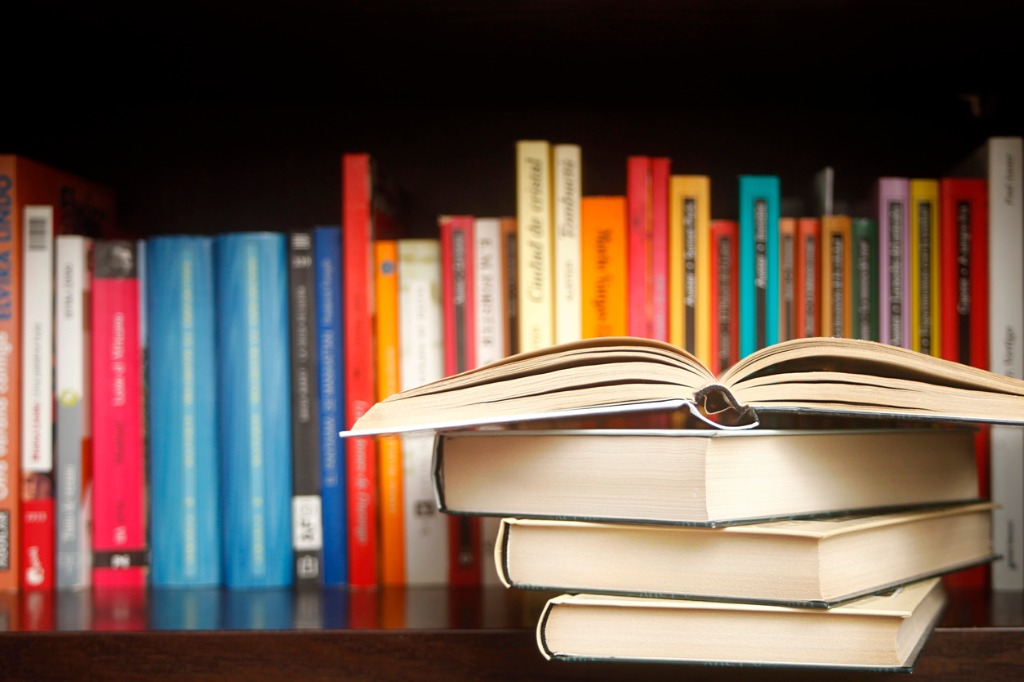 To start, it would probably be a good idea to know what is meant by all of these various terms. Understanding exactly what is high speed sync, rear curtain sync, fill flash, and other intermediate and advanced flash photography tips and techniques will allow us more control over our results. 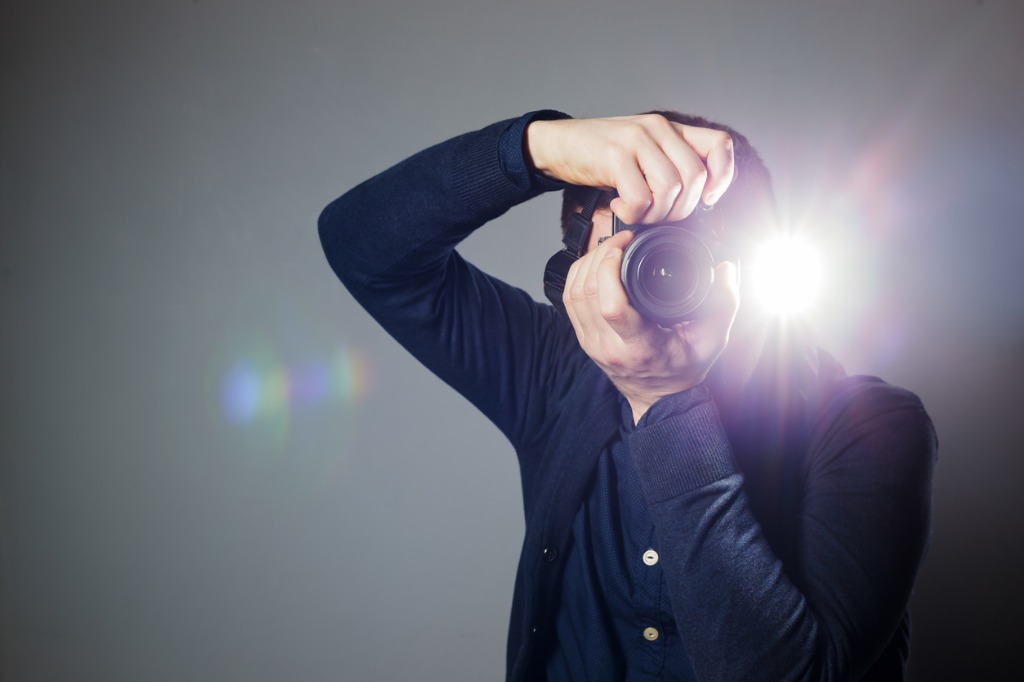 photo by Koldunov via iStock

The first necessary explanation is electronic flash sync. A camera electronic flash, also known as a strobe, emits a momentary burst of light to illuminate our subject. What may be surprising is how brief that moment is.

The burst of light may last only 1/400th to 1/20,000th of a second. That’s it, that is the length of time of the light being on. While an older style flash bulb ramps up to full power and tapers down, an electronic flash is instantaneously on and then off, no ramping up or down.

Why this is critical information for camera users is due to how shutter speeds work. There are two primary types of shutters used in still photography. One type of shutter is inside a lens, called leaf or interlens. The other type is right in front of the sensor or film, called focal plane. (Motion pictures, whether captured on film, video, or digital, have different types of shutters.) 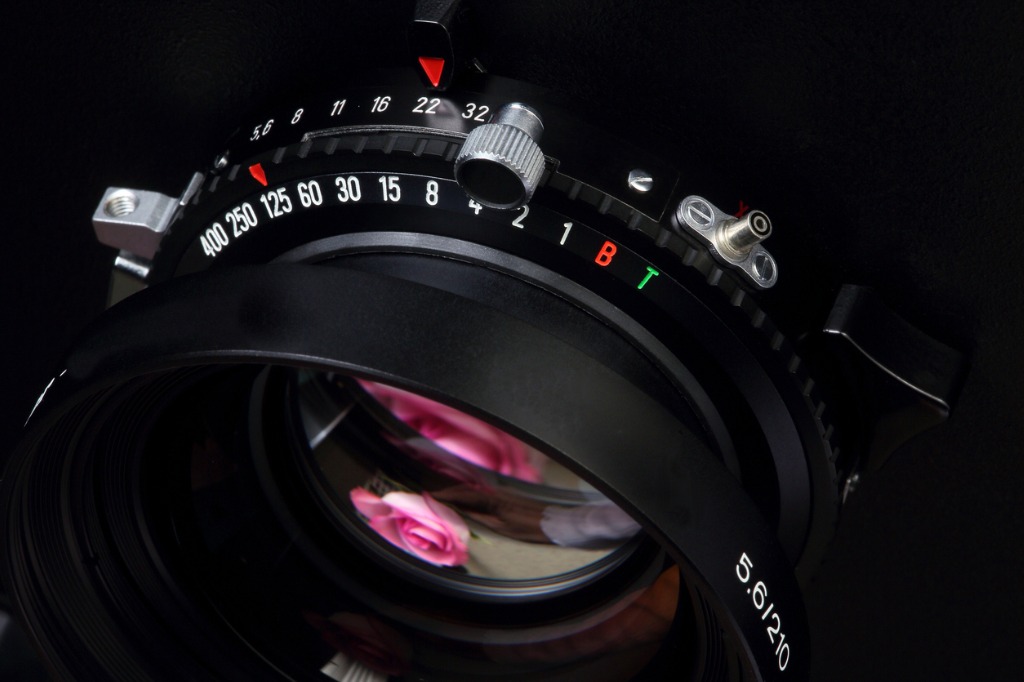 photo by tedpagel via iStock

A shutter inside the lens opens and closes similar to how the lens aperture is adjusted. Well, close enough for a basic understanding anyways. A flash can be synchronised to only fire it’s momentary burst once the shutter is fully open but before it starts to close.

In this configuration, every speed available can be used for electronic flash since the shutter is always fully open at some point. These shutters are much more common in larger format cameras since many of their lenses are already big and heavy and building a shutter in each lens adds size, weight, and cost. 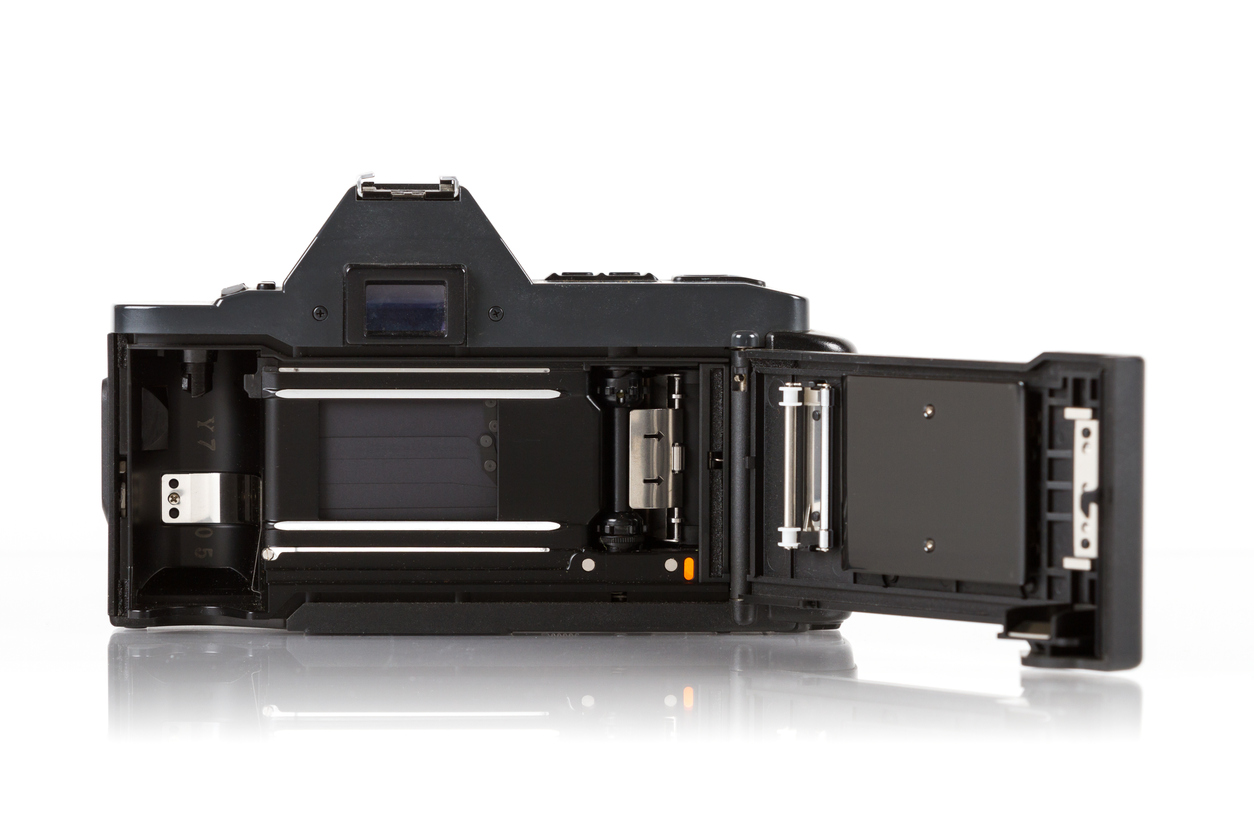 photo by So-CoAddict via iStock

A focal plane shutter sits right on the actual plane of the recording medium. A curtain of cloth or metal blades sits over the film plane blocking light until it is actuated to move and uncover the sensor.

Using electronic flash, the first curtain travels over the flem plane and once it is fully open but before the second or rear curtain starts to close, the flash is fired.

An interesting phenomenon occurs at high speeds or fast shutter speeds. The rear curtain starts to close before the first curtain makes it all the way across. Thus, the sensor or film plane is exposed by a slit of an opening traversing the film plane.

The fastest shutter speed which has a moment of the shutter being fully open across the entire film plane is called the flash sync speed. 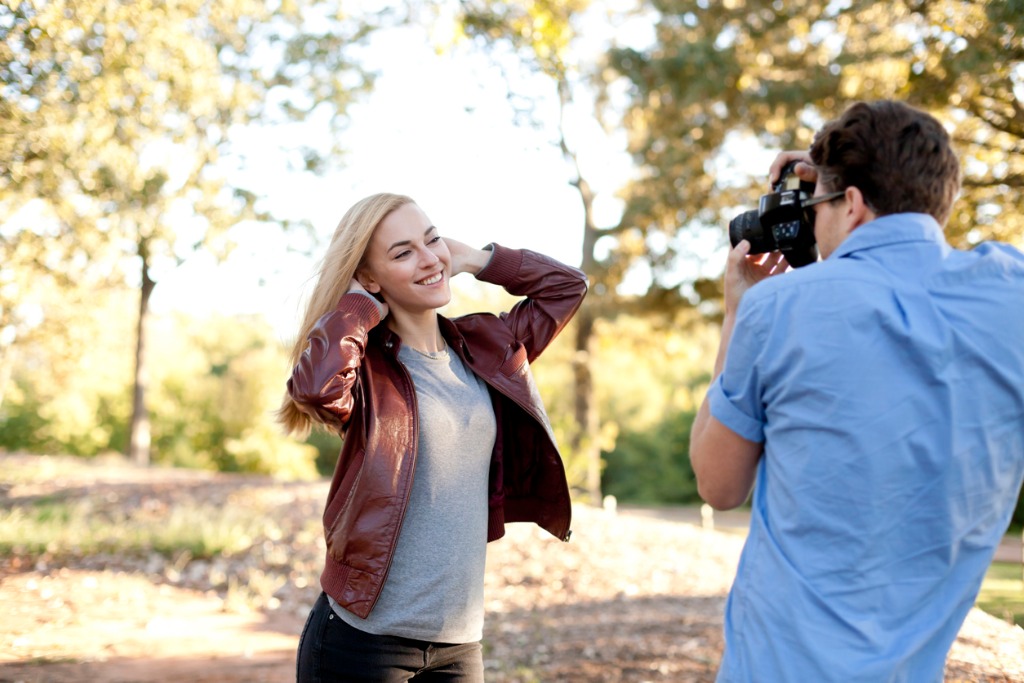 photo by patrickheagney via iStock

A new setting has been made possible with improved electronics involving speedlights or electronic flash units, high speed sync.

Let’s get to those definitions now.

It is the Fill Flash mode that is the primary reason many photographers decide when to use high speed sync. Making portraits in bright ambient light can cause one specific issue. Taking care of this issue is one of the most important benefits of high speed synch.

Another benefit is being able to stop motion without any residual ghosting. The flash duration will arrest motion very well but if the ambient light is bright enough and the subject is moving fast enough, then you get an odd double exposure in the same exposure as the flash stops motion but the subject blurs while the shutter is still open after the flash fires.

How to Use High Speed Sync 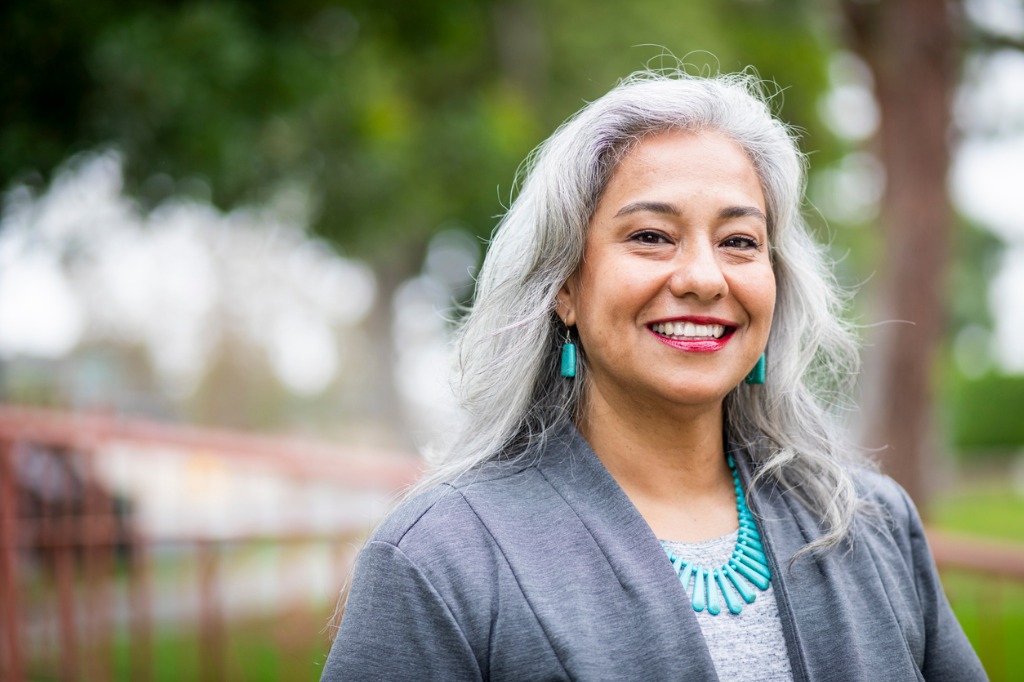 It’s fascinating to see the flash fire during high speed sync. Instead of one single burst of light, it’s a rapid fire succession of multiple flashes. It reminds me of a strobe light such as you would see in a dance club or a science lab. ( Why yes, my life is interesting!)

What this strobing does is ensure that the flash is firing as the slit of the shutter opening crosses the film plane. So there is no portion of the scene receiving more or less exposure from the electronic flash.

Now to put it into practice, how to use high speed sync for the scenarios mentioned earlier. Taking our outdoor portrait scenario first, we have turned our subject away from the Sun to avoid squinting and harsh shadows and are adding flash to balance out the face that is now in deep shadow.

However, with the regular flash sync speed and the bright ambient light, our lens aperture (f-stop) is small to satisfy the Exposure Triangle computation. That small aperture is giving us more depth of field than we want in this portrait. In order to use selective focus technique, we need a wider aperture.

We set that wider aperture but now we have a new issue, over exposure, since the ambient light is so bright. If we could set a faster shutter speed, that would take care of the problem, but using a faster speed than the flash sync speed will also mess up our picture with that bright strip in our image.

The high speed sync mode of our modern camera and dedicated flash unit fixes this issue since it allows using the flash with a faster shutter speed that lets us have a wider lens aperture for the selective focus effect we want. Knowing how to use high speed sync like this crosses over to any situation we can imagine for fast speeds, wider apertures, and flash. 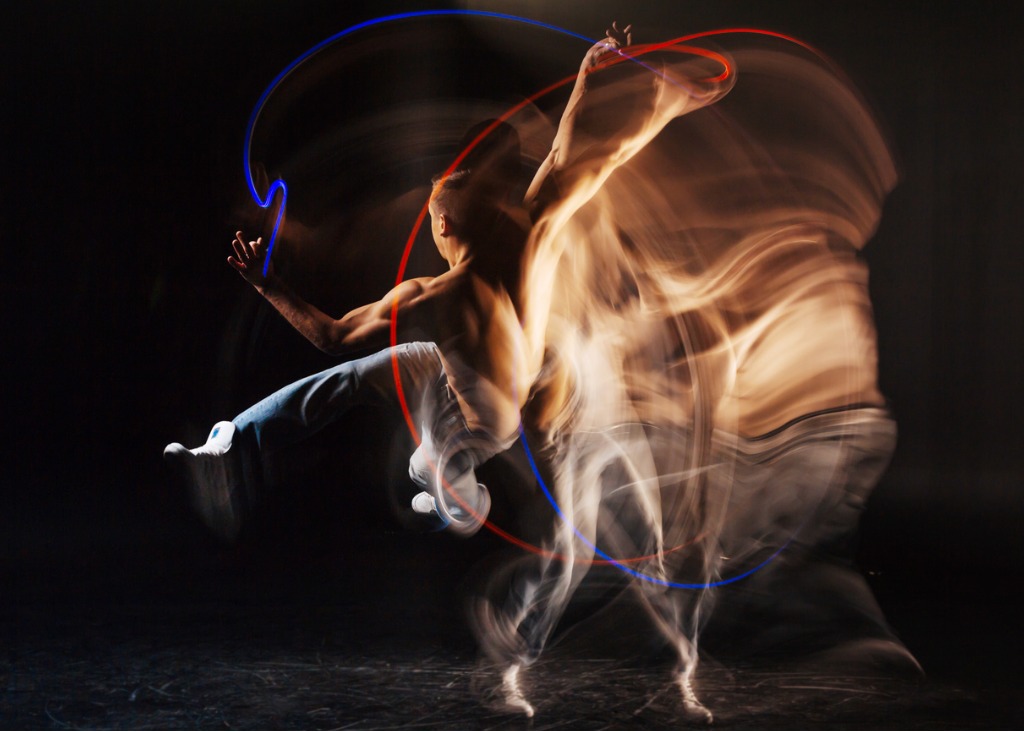 photo by Zinkevych via iStock

Also known as second curtain sync, rear curtain sync triggers the flash to fire just before the closing curtain starts to move as different from triggering as soon as the first curtain is fully open. It’s linked to our discussion of high speed sync since many modern modern cameras and speedlights will have both modes if they have one of them.

The “problem” of the ghostly blurred extra motion mentioned earlier can be turned into a benefit and an effect with rear curtain sync. Setting a slower shutter speed with a subject in motion and using flash can give us a blur of movement superimposed on a clear image of the subject frozen. 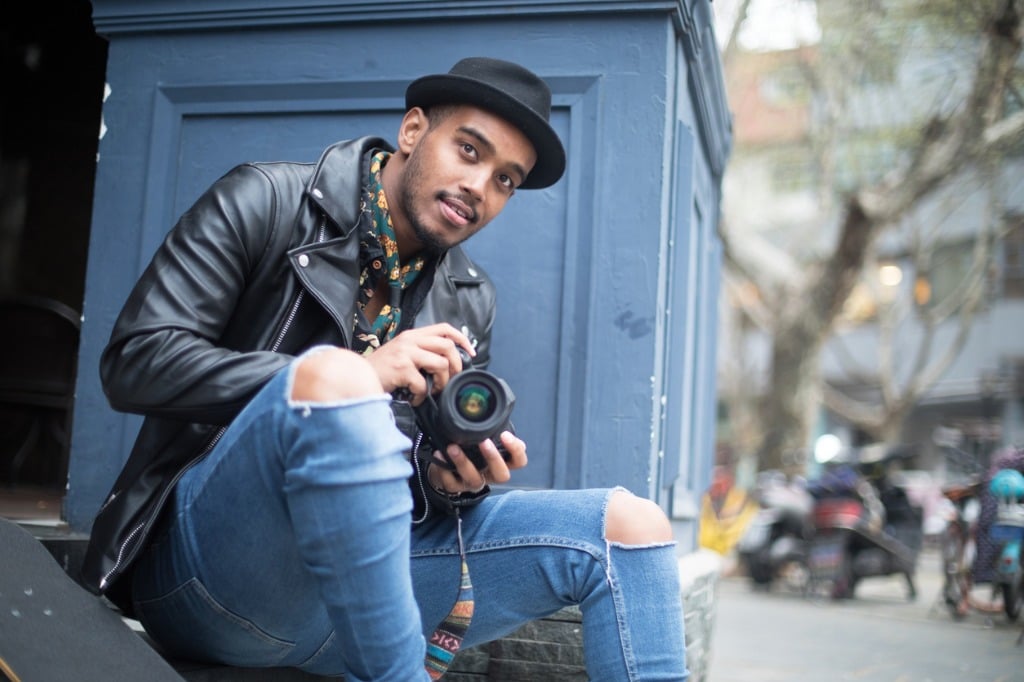 photo by MStudioImages via iStock

The end results of using rear curtain and high speed sync with a modern dedicated flash unit are images that capture a viewer’s attention. The craft of photography creates an image of the art of photography. Since we can use many of these flash modes with exposure automation, we can use them at any time.

Knowing why to use and how to use high speed sync and rear curtain sync opens up an amazing array of options for creative photography with electronic flash units. 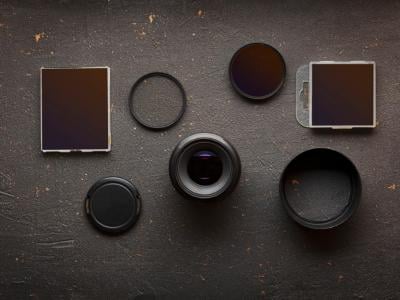