In this article I'm going give you a look into my martial life and explain what exactly this has to do with photography.

See I love samurai Swords. They are elegant, require speed and grace to use, and the most important thing about a sword is the mentality of the user. A sword is a weapon of elimination. In the wrong hands it's a tool of murder, the only people that were allowed to carry the katana where the Samurai, and in the beginning they were supposed to be righteous defenders of peace. I'm not able to comment on that part of history, but I can say the the samurai had dozens of rules and regulations about how and when they would even draw their sword. their life was made to be about honor and the sword.

But the pictures that I have posted here are about the sword itself. The beautiful curved sword that is in the above picture. THe curve from a katana is actually a byproduct of the genius of it's design, and in explaining it my readers will hopefully understand I what it was that I was trying to capture in this picture. 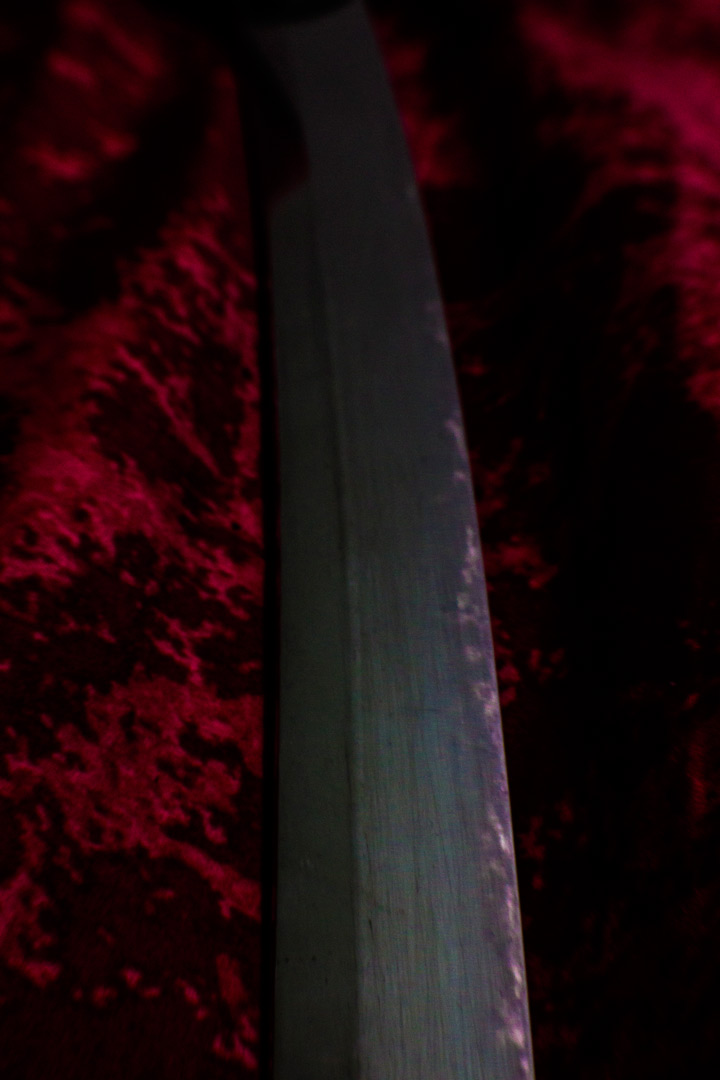 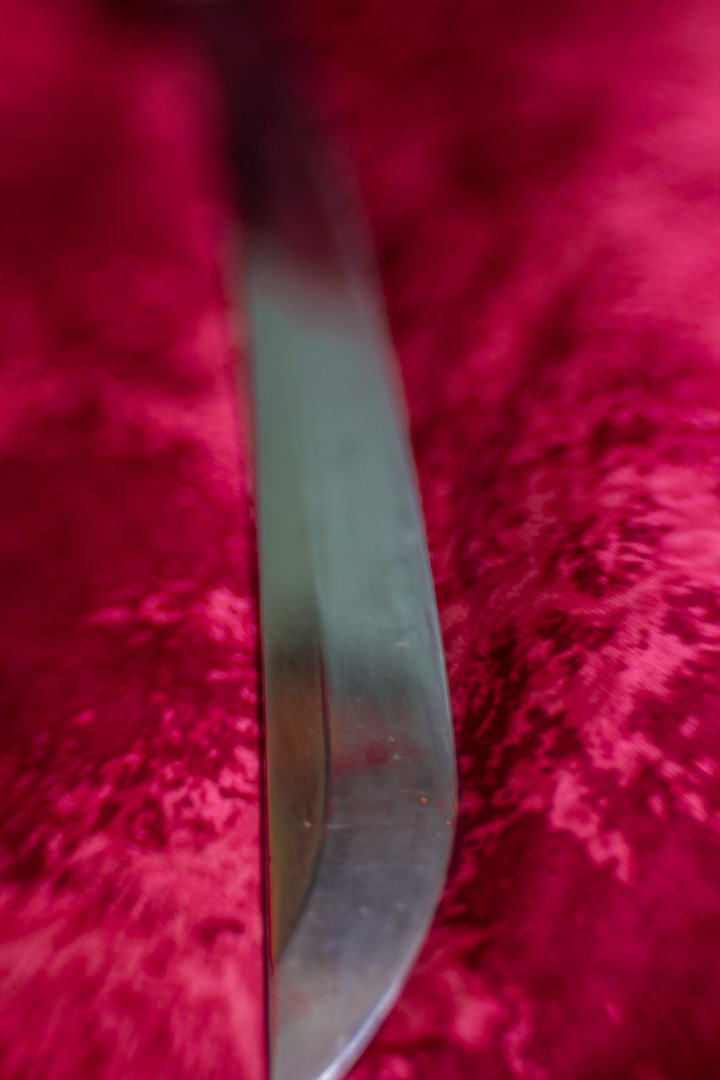 I had three challenges when I too these pictures. First was lighting of the sword. The sword is of course made of metal meaning that it casts direct reflections, and as I wasn't in a studio when I took these I was limited in my ability to control my environment. The fact that I took these pictures at 3am didn't help at all, i didn't want to wake my roommates setting up lighting equipment so I used a high wattage CFL bulb I got off of an independent movie set, and used a cheap work lamp assembly hung off a fan. 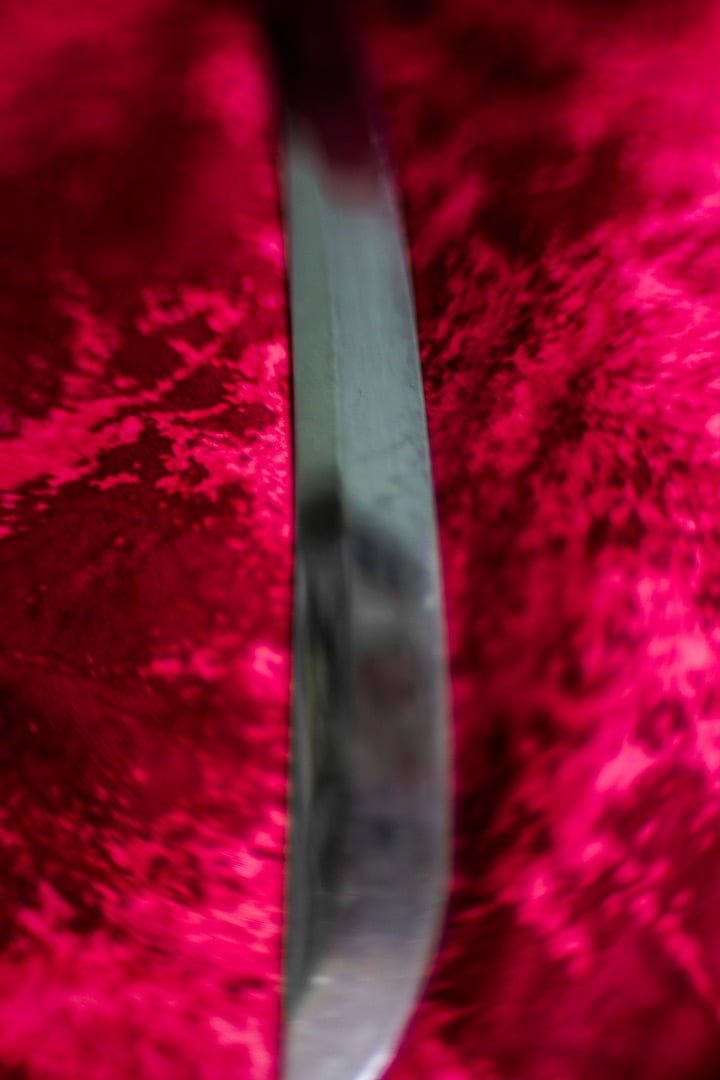 Another issue was actually MY polishing of the blade. A Katana is very fragile in it's own way. they are prone to rust, and need to be polished not only to keep if from rusting but to keep it able to cut. This polish lets you see the different colors of the metals.  This isn't able to be seen here. Partially because they need more polishing, and as a katana is a reflection of the owner then I also need more polishing. However the lighting itself is also wrong. WIth the proper lighting I would have been able to reflect the difference in tonality of these blades. 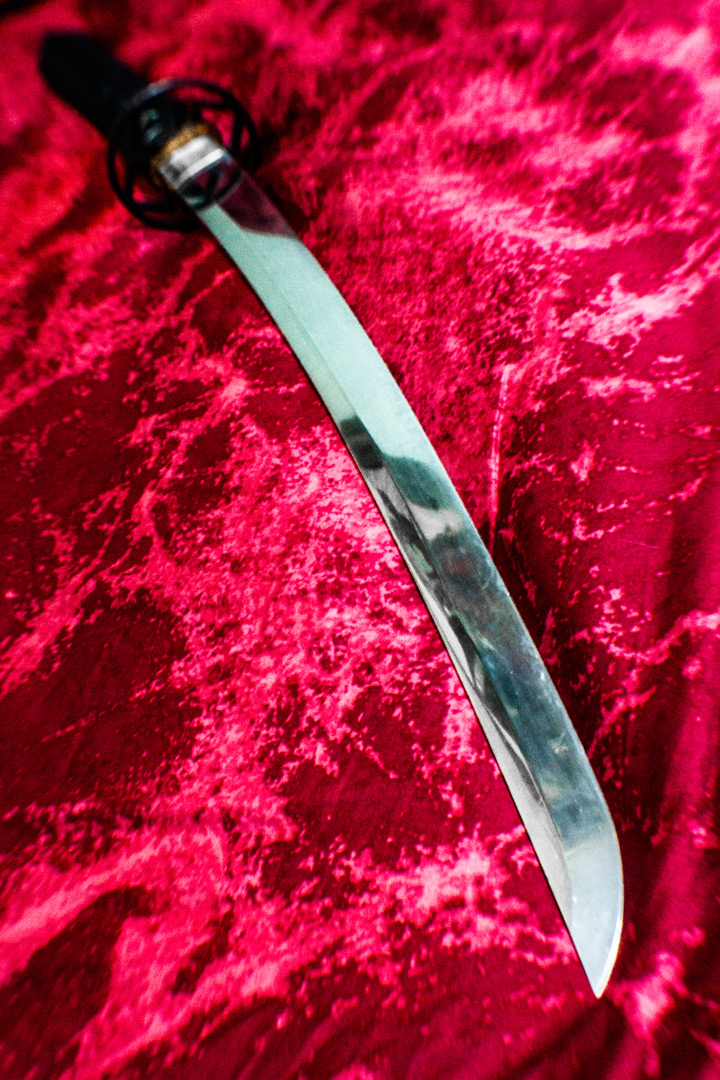 The last thing is the background. I like the red here. It represents both the passion and the violence the sword represents. However these are actually a set of bed sheets. that I luckily had.