Get Ready for the Perseid Meteor Shower With These Astrophotography Tips 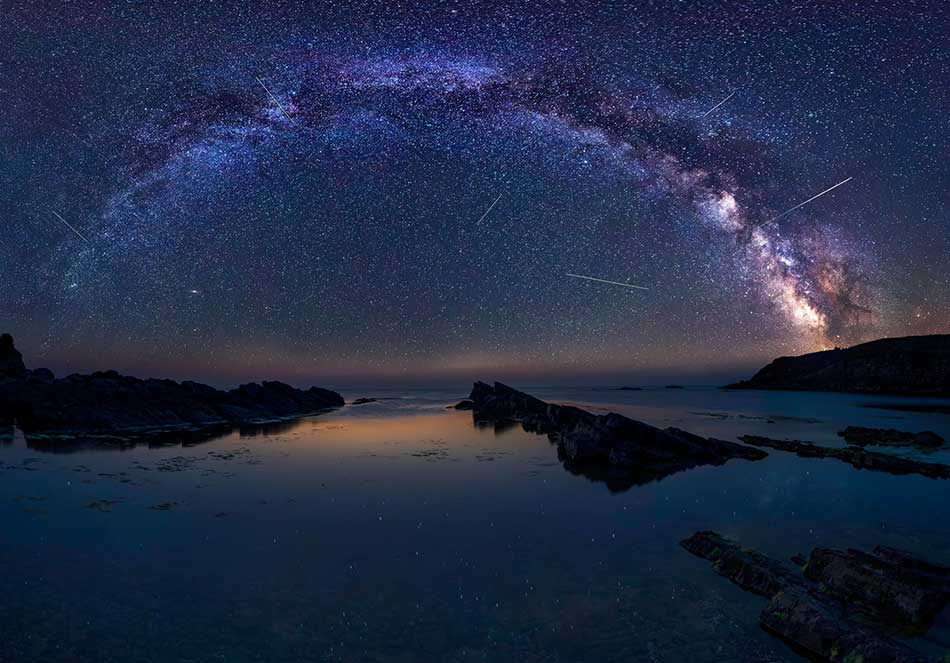 The Perseid Meteor Shower is coming up quickly - it'll peak on the night of August 12-13, 2018 - so that leaves us precious little time to get ready for it.

This will be one of the most intense night-sky events this year, so planning and preparation will be key.

With these astrophotography tips for photographing meteor showers, you'll be in better shape to take great photos.

What is the Perseid Meteor Shower?

First things first, it's important to understand your subject.

Meteor showers occur all the time when Earth navigates through dust streams that comets have left in their wake.

In the case of the Perseids, that debris is left from Comet 109P, which is better known as Comet Swift-Tuttle.

At the start of the meteor shower, you'll see an occasional shooting star, but the number and frequency of those sightings dramatically increases each night until the peak of the shower.

The peak of the Perseids can produce up to 100 meteors per hour - and sometimes even more than that - making for one heck of a nighttime show.

When the meteor shower occurs, it looks from our perspective as though each meteor comes from the same point in the sky, or the "shower radiant."

Though the radiant moves around the sky throughout the meteor shower, at its peak, it appears as though the meteors emanate from the constellation Perseus, thus the name Perseids.

Get more details on the Perseids in the video above by The Verge.

Planning for the Perseid Meteor Shower 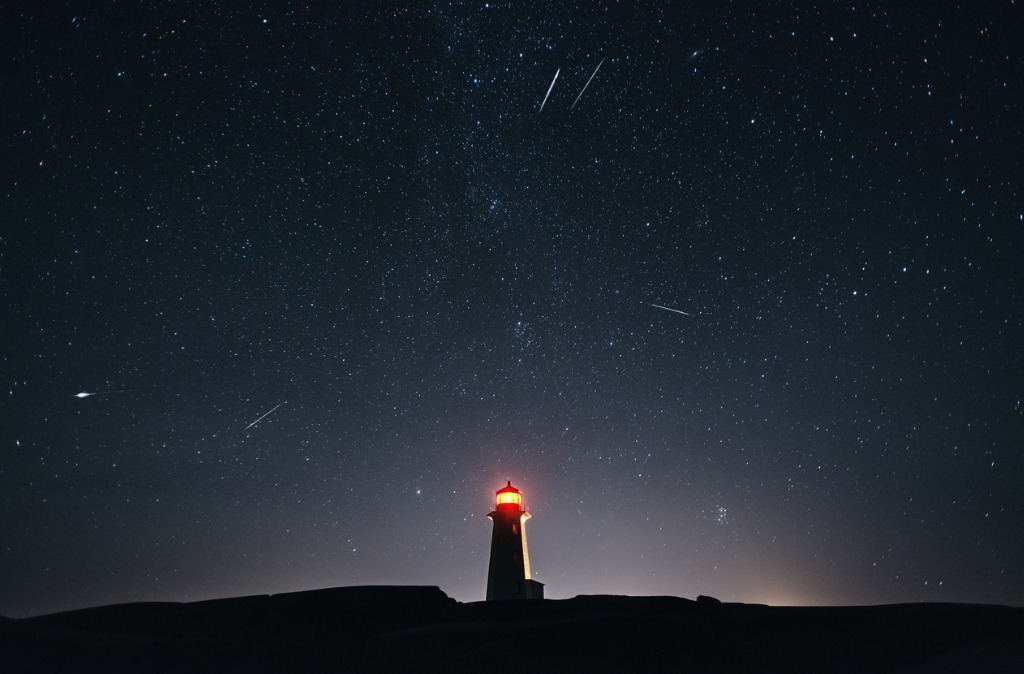 First of all, the biggest hurdle to seeing the Perseids in their full glory is the moon.

In some years, the moon is full and obstructs the view of the meteor shower. Thankfully, this year, the moon will be a waxing crescent, so the night sky should be nice and dark (unless there's light pollution, of course).

After finding a nice, dark spot to view the shower, you'll want to orient yourself to the north after the sun sets.

Looking just to the right of true north, you'll see Perseus low on the horizon.

As the night progresses, Perseus will rise higher and higher in the sky. If you can't identify the constellation, you can use Sky Chart or any number of other apps to help you find it.

Granted, wherever you decide to view and photograph the Perseids from, make sure you get there in plenty of time to get your gear set up. 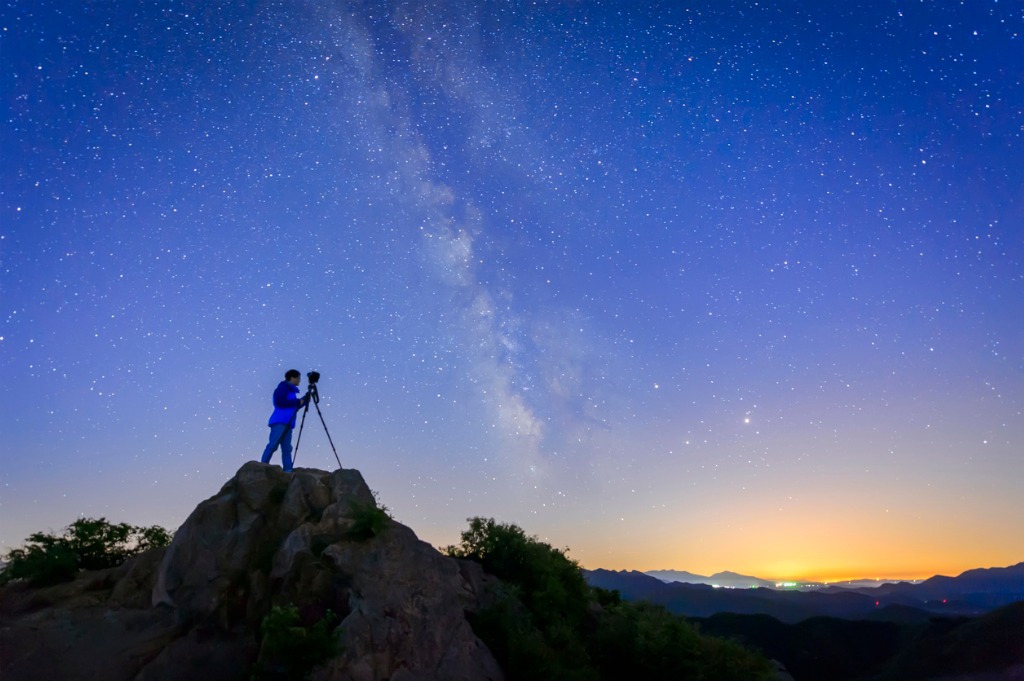 There are a number of things you'll need to make your photos of the Perseid Meteor Shower the best they can be.

First, you'll need a camera. And while you can use virtually any kind of camera, having one with manual exposure controls will get you the best results.

Some people prefer DSLRs. Others prefer mirrorless. Either way, a full frame or even a crop sensor camera will do the trick.

On the lens front, many shooters prefer wide-angle and ultra-wide-angle lenses like fisheyes so they can incorporate more of the sky into the shot. What's more, since you can capture more of the sky in one frame, you're more likely to capture a meteor streaking across the sky.

Of course, the problem with using wide-angle lenses is that the sky looks more distant, and as a result, the meteors streaking across the sky will look small. 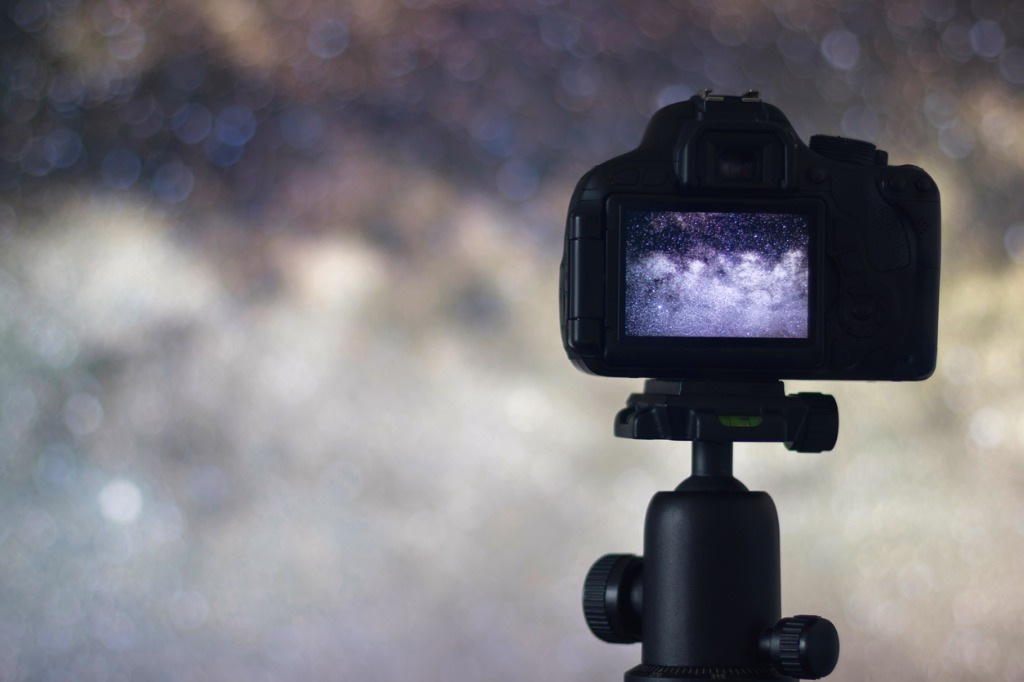 For that reason, some astrophotographers prefer a standard lens, like a 50mm f/1.4, for example, to get a tighter frame on the sky. For an even closer view, some people opt for a telephoto lens.

These longer focal lengths obviously make the sky's features look larger in the shot, but also restrict how much real estate you can cover.

If you're a beginner astrophotographer, my recommendation is to stick with a wide-angle to give yourself the most coverage.

Editor's Tip: Ready to take your photos to the next level? Learn why a better lens will help you more than a better camera.

So what do you do if all you have is the kit lens that came with your camera?

Believe it or not, you can use your kit lens to get decent shots of the night sky. Just shoot at its widest focal length (likely 18mm or so) to get the most coverage of the sky.

You can also opt to purchase a wide-angle lens...

And while many lenses are expensive - especially those with big apertures like f/1.2 and f/1.4, you can find great deals on used wide-angle lenses that allows you to stretch your budget and get a better lens for occasions like this. 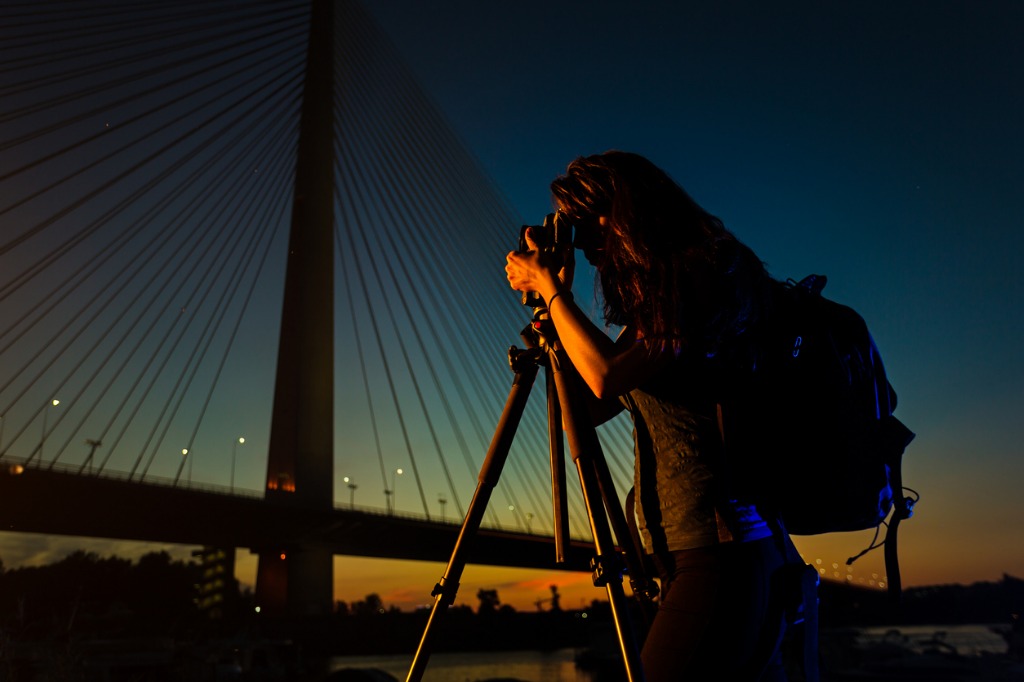 Since astrophotography requires long exposures, you'll also need a tripod to support your camera and lens.

A cheap, flimsy tripod isn't going to do you any good, and will just be a waste of money.

Conversely, a rock-solid tripod will give your camera and lens the stability it needs to get the sharpest possible images. 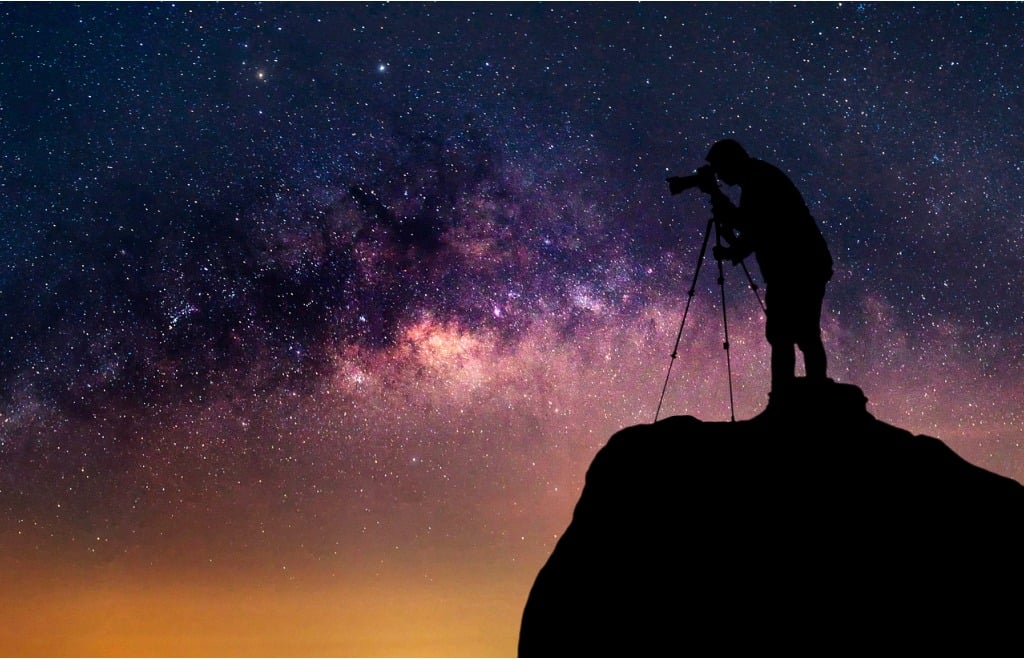 I've used Sirui tripods for quite some time, and I've never been disappointed by them.

Sirui understands what features and functionalities that photographers demand, and they've designed their tripods with those demands in mind.

Take their T-025x tripod as a perfect example. 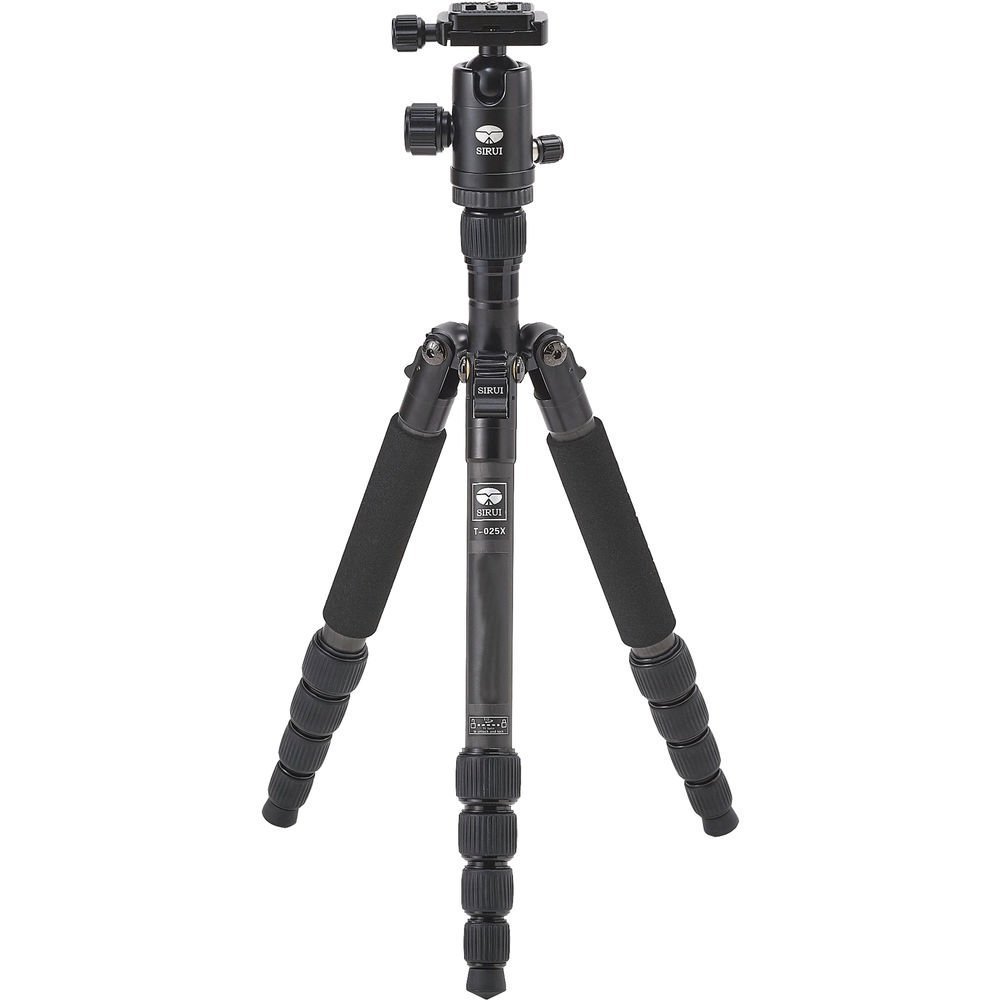 This thing weighs just two pounds, so it's incredibly easy to carry, yet supports loads up to 13.2 pounds - more than enough for your camera and lens.

It has twist leg locks for quick and easy setup, and each leg has an automatic leg angle locking mechanism that furthers the ease and speed with which you can get the tripod ready to go. 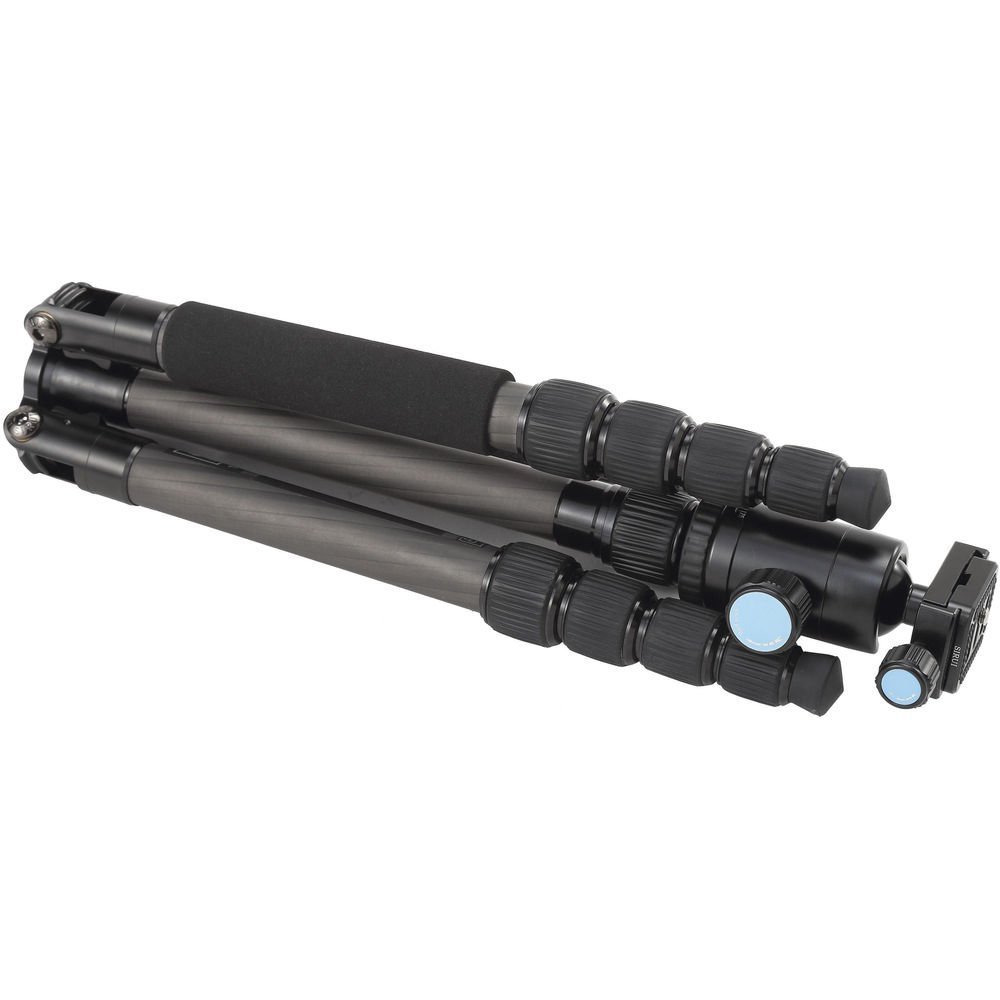 The removable center column gives you added height if need be, and can be inverted for low-angle shots, too.

It even includes a C-10S ball head that has separate knobs for pan and tilt, which makes it easier to create panoramic photos of the night sky.

It's budget-friendly, too, so you can get a great tripod that will last you years and years without busting your budget. 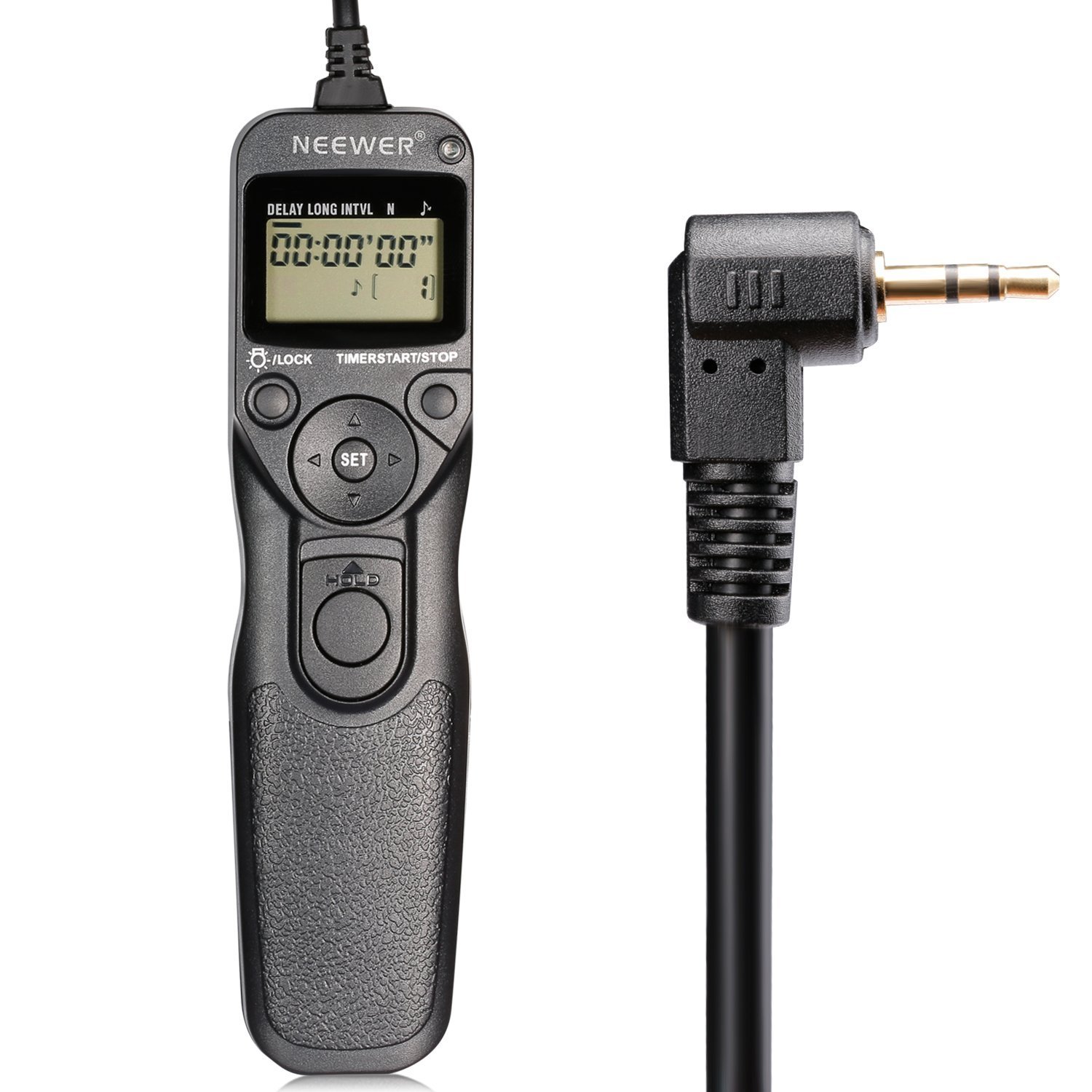 Remotes are a must-have because you want to be able to trigger the shutter without touching the camera so as to minimize vibrations when the shot is taken.

Since you're dealing with long exposures, an intervalometer is the way to go, that way you can program how long the shutter is open without having to depress the shutter button for the entirety of the exposure.

Editor's Tip: Bring extra batteries and memory cards with you on your meteor shower photo shoots. Long exposure photography and cooler nighttime temperatures will drain the battery, and shooting in RAW format will fill up your memory cards. 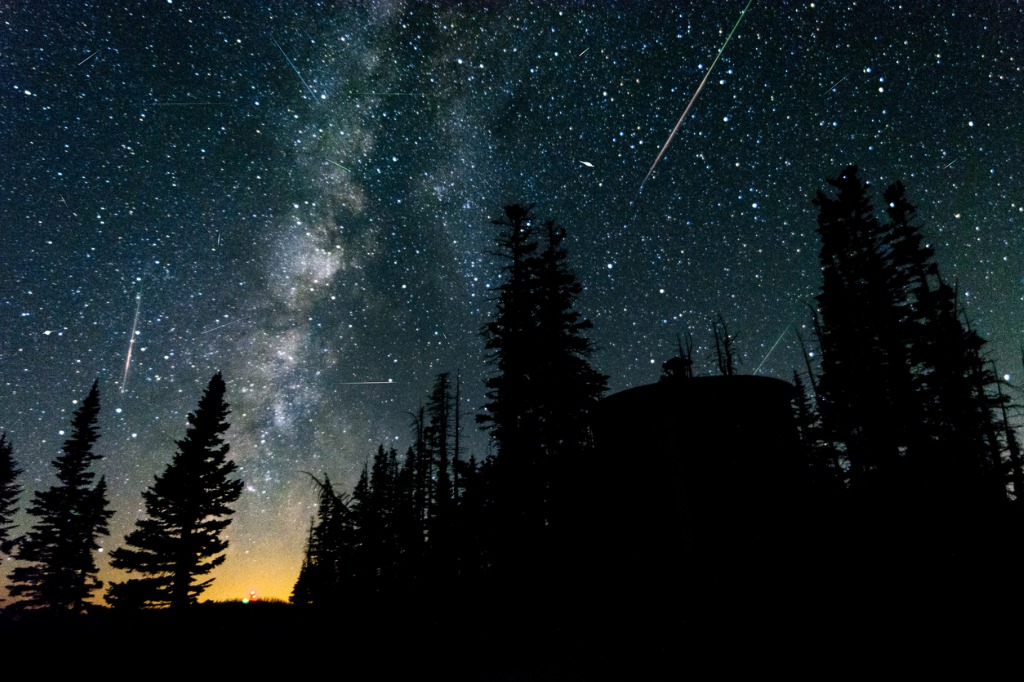 The real question people have about how to photograph meteor showers is what camera settings to use.

That means shooting in manual mode and deciding what aperture, shutter speed, and ISO to dial in on your camera.

For aperture, you want to open it up as wide as it will go, or perhaps one or two stops below that to get better sharpness.

For example, if you're shooting with a 24mm f/1.4, perhaps you shoot at f/1.8 or f/2 to collect lots of light, but avoid the softness that occurs around the edges of the frame when shooting wide open.

You want to keep the aperture nice and big so it can collect as much light as possible. This is necessary because the meteor trails you're after are often quite faint. 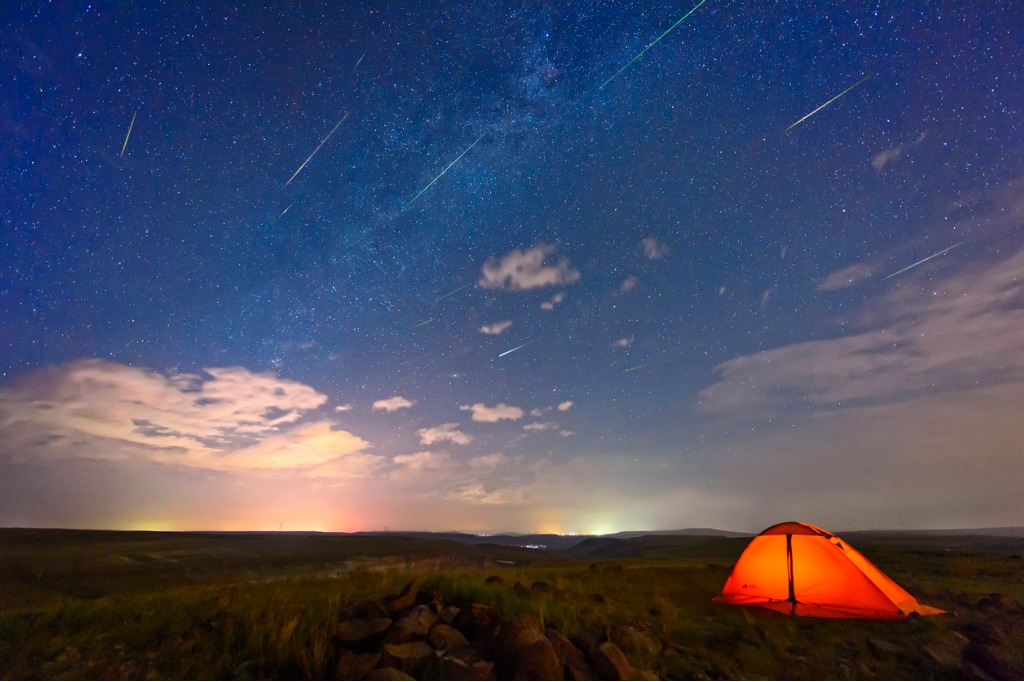 Regarding shutter speed, you probably want to avoid star trails, which means following the 600 Rule.

The 600 Rule tells you the slowest shutter speed you can use for your particular lens without getting star trails.

On a full frame camera, that means dividing 600 by the focal length of your lens. 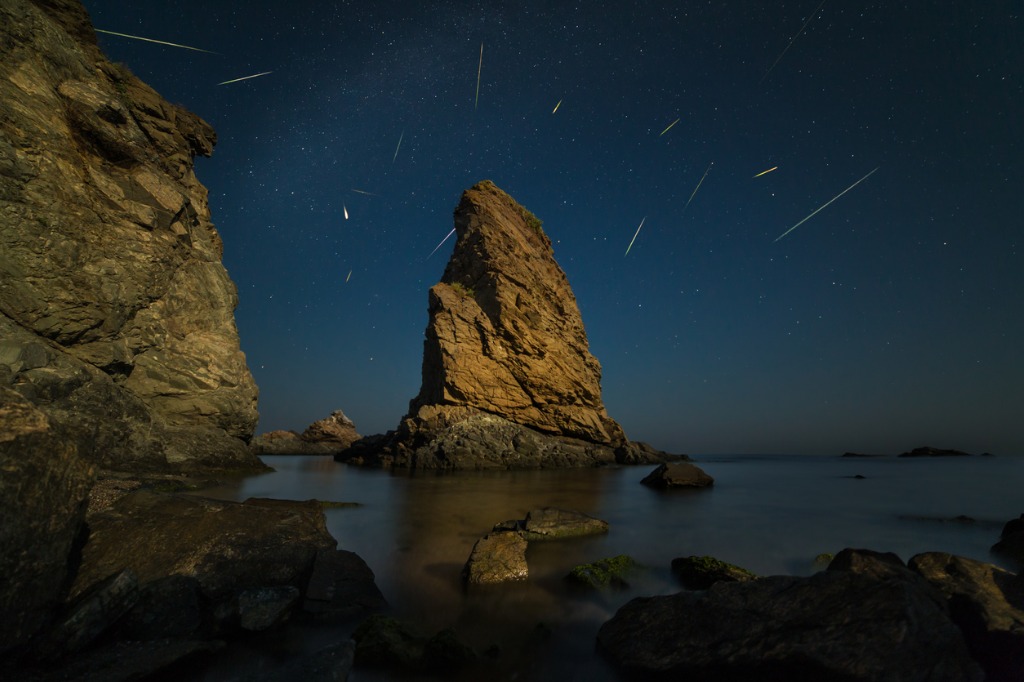 If you're using a crop sensor camera, you have to change the 600 rule a little bit.

Because crop sensors are smaller than full frame sensors, you substitute 400 for 600, and divide that by the focal length. 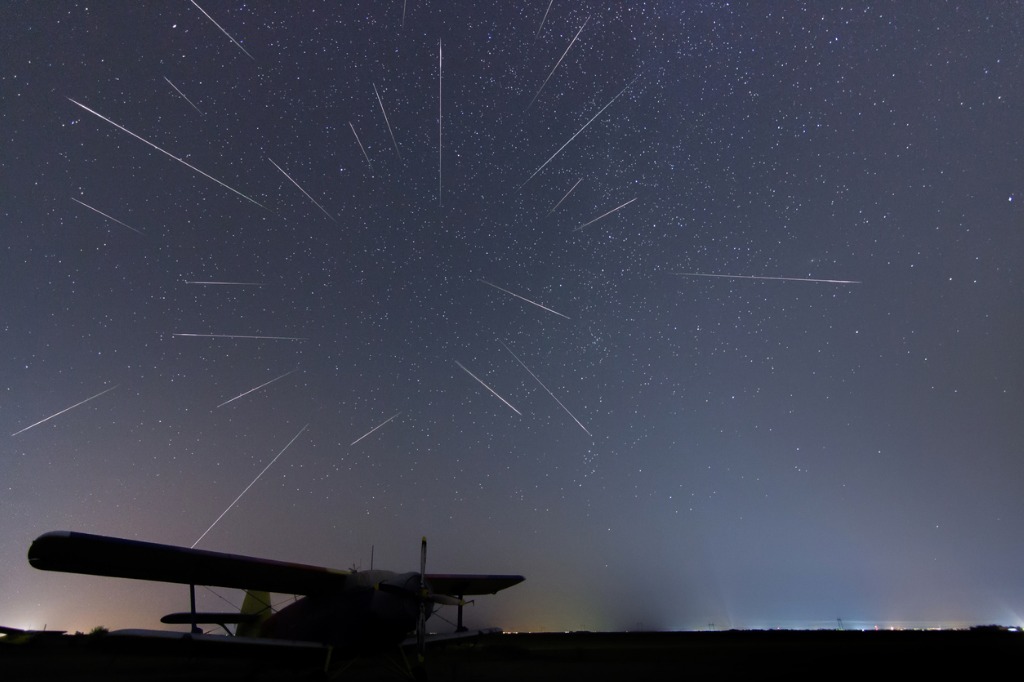 The final component of exposure is ISO.

Since you've already dialed in the aperture and shutter speed, the ISO setting is all about getting the perfect exposure.

It's best to start from whatever the lowest ISO setting is (usually 50, 100, or 200), and work up from there, increasing the ISO as needed to brighten the image.

Remember - the higher the ISO, the more noise there will be, so minimize the ISO to the extent that you can for cleaner shots.

Perhaps the most difficult part of photographing meteor showers is getting the focus dialed in.

This often requires that you go out during the daytime, manually focus on a distant object, and lock the focus in place. This is called "pre-focusing."

You can also use artificial lighting to help your lens focus, like focusing on a distant light pole to get your camera to focus at infinity.

Another option is to focus on a bright star and use live view to zoom in and perfect the focus.

Get an in-depth review of how to focus your lens at night in the video above by Milky Way Mike. 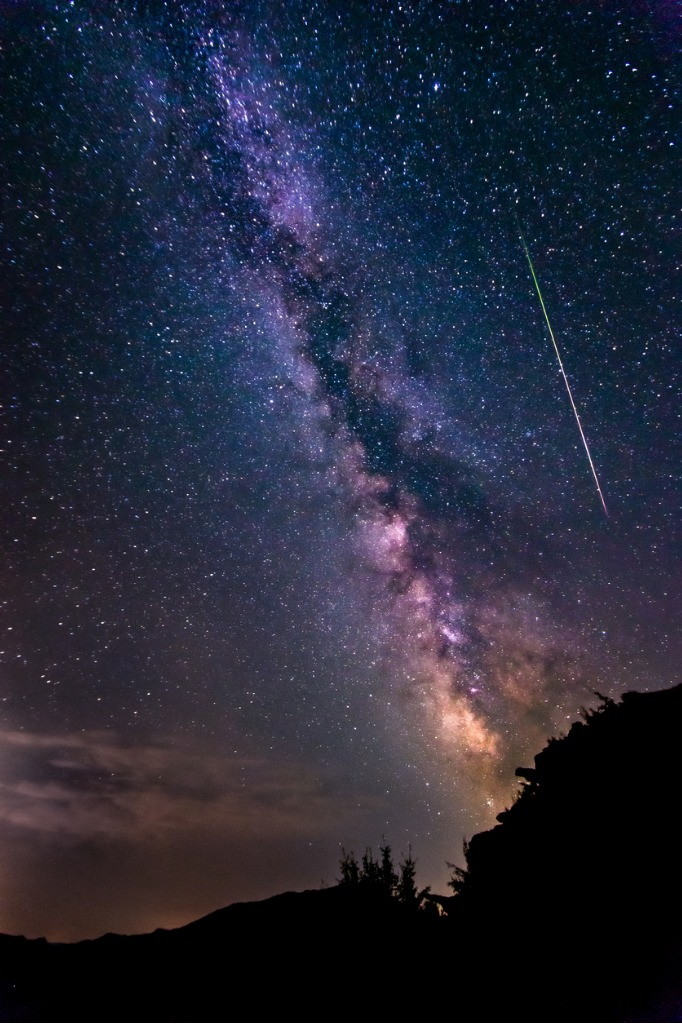 The Perseid Meteor Shower is a gorgeous sight and a perfect subject for you to get started in astrophotography.

With these meteor shower photography tips, you'll be better equipped to get quality shots of the Perseids and other meteor showers as well.

All that's left now is to get your gear, start planning, and get ready for the height of the Perseid Meteor Shower! 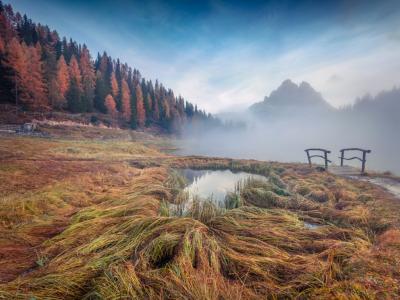 Get Better Landscape Photos With These ... 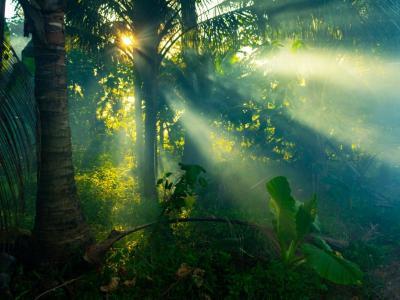 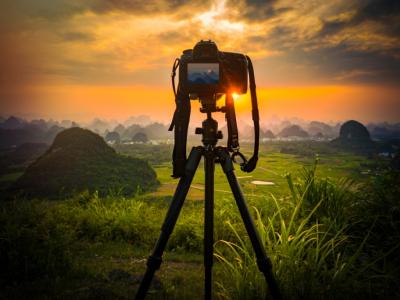 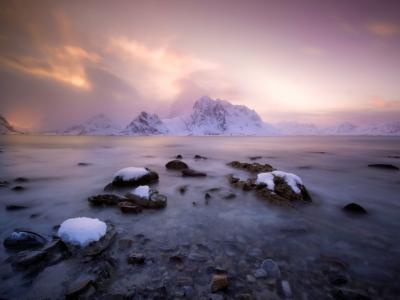