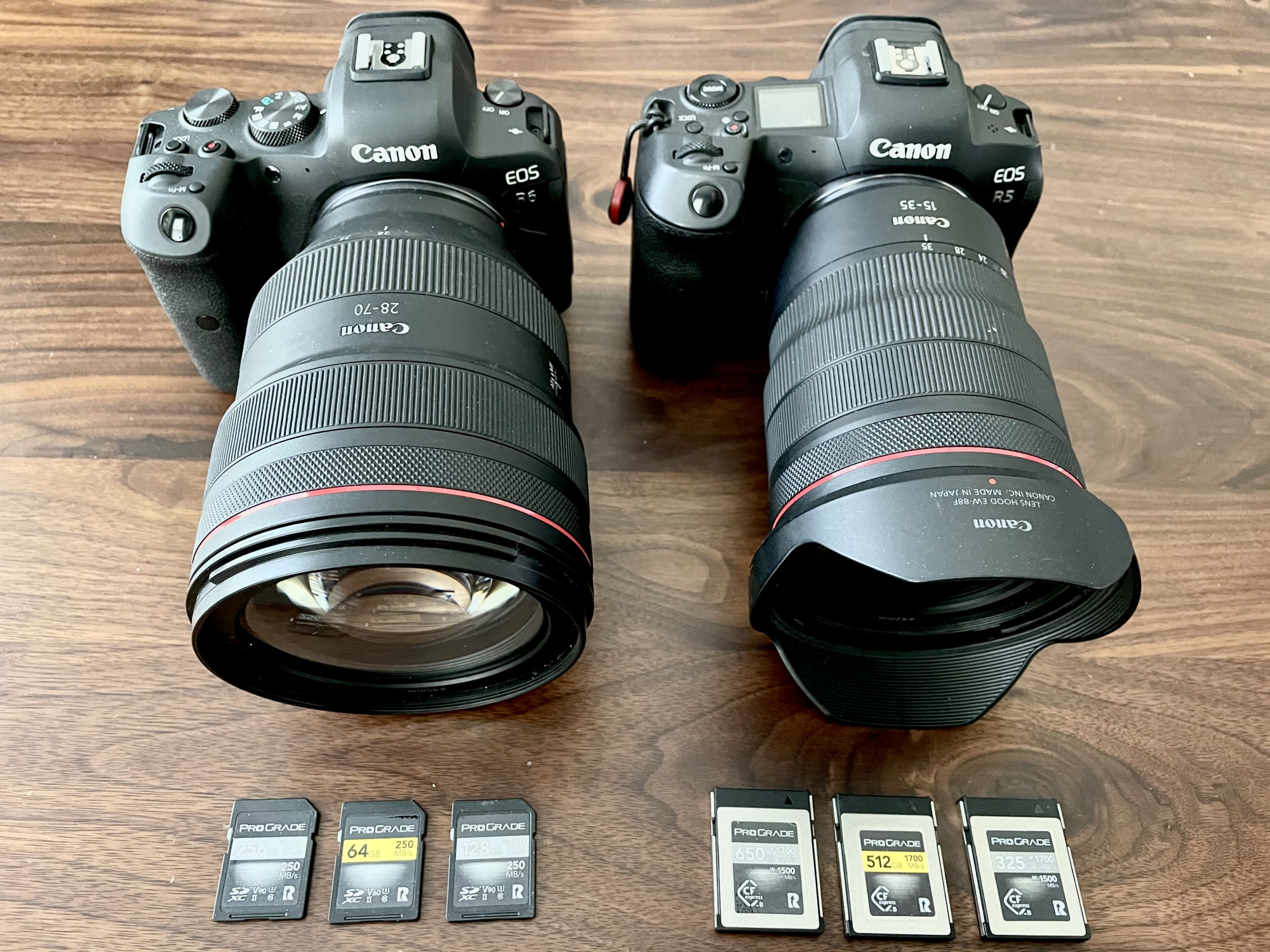 think we can all agree that memory cards are one of the most important photography accessories you can have in your camera bag. After all, it’s not like you can go out and shoot photos without a memory card in your camera!

But despite their importance, I find that a lot of folks don’t really know what to look for in a memory card. In fact, one of the most common questions I get is asking what all the numbers and figures on a memory card actually mean. 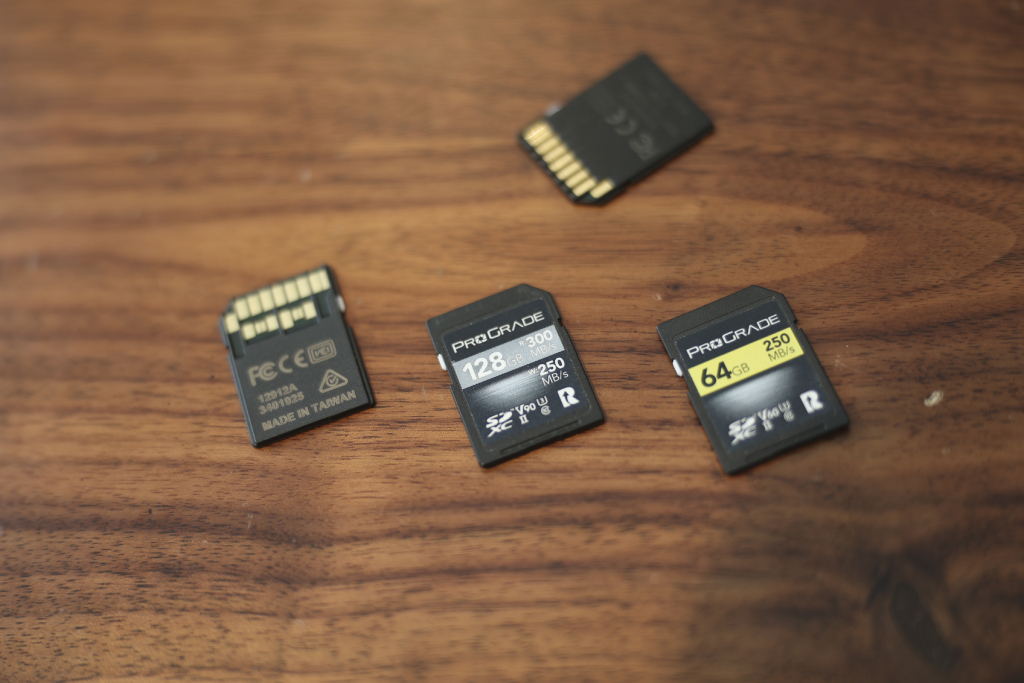 When shopping for a memory card, your first task is to get the type of card that’s compatible with your camera.

This means that I can swap SD cards between my two cameras, but I can only use CFexpress cards in the R5.

Let’s talk about these and other types of memory cards in more detail. 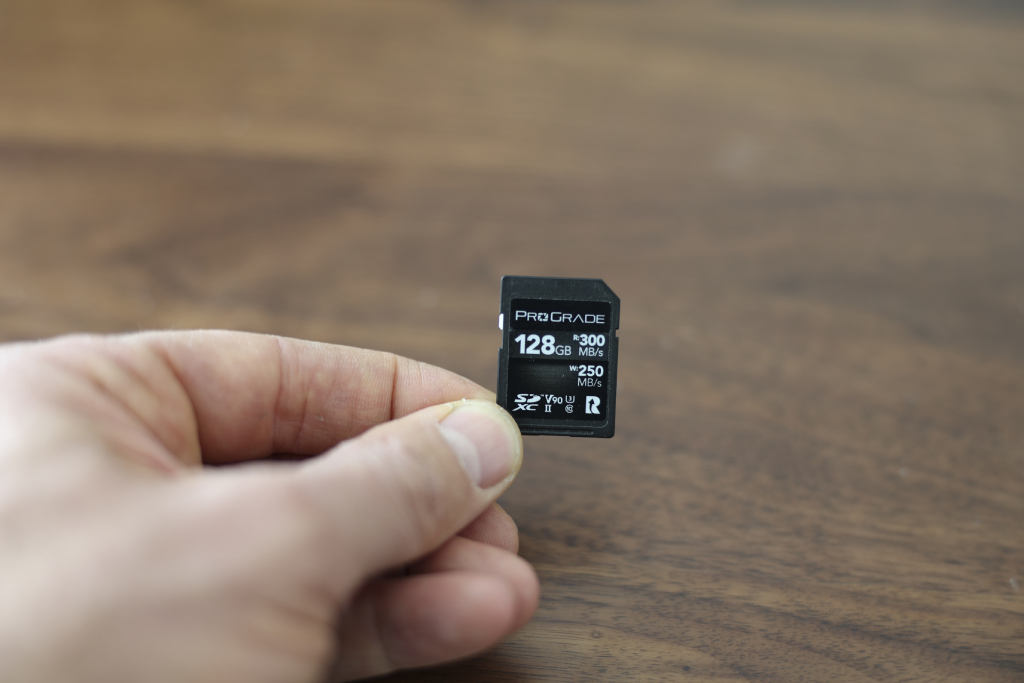 These cards are extremely popular and are used by all sorts of different cameras, from DSLRs to full frame mirrorless to compact cameras.

Typically, cards with greater than 4GB of capacity are considered SDHC cards. SDXC cards, meanwhile, start at 64GB and extend up to 2TB of storage space. 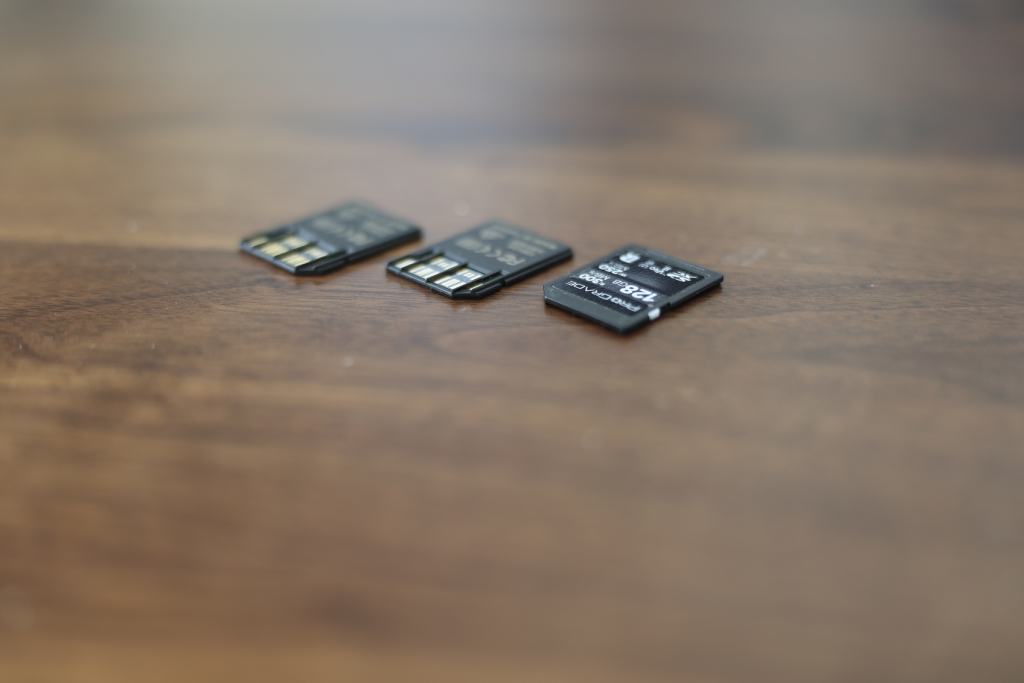 SDHC cards come in five different classes, each of which indicates a different minimum speed, as shown below:

SDXC cards, on the other hand, come in two different classes. Again, the class of the card indicates its minimum speed:

So, SDXC cards not only offer larger storage capacities but they also offer faster read/write speeds than SDHC cards. However, the fastest SD cards max out at around 624MB/s. This pales in comparison to the speed of CFexpress cards. 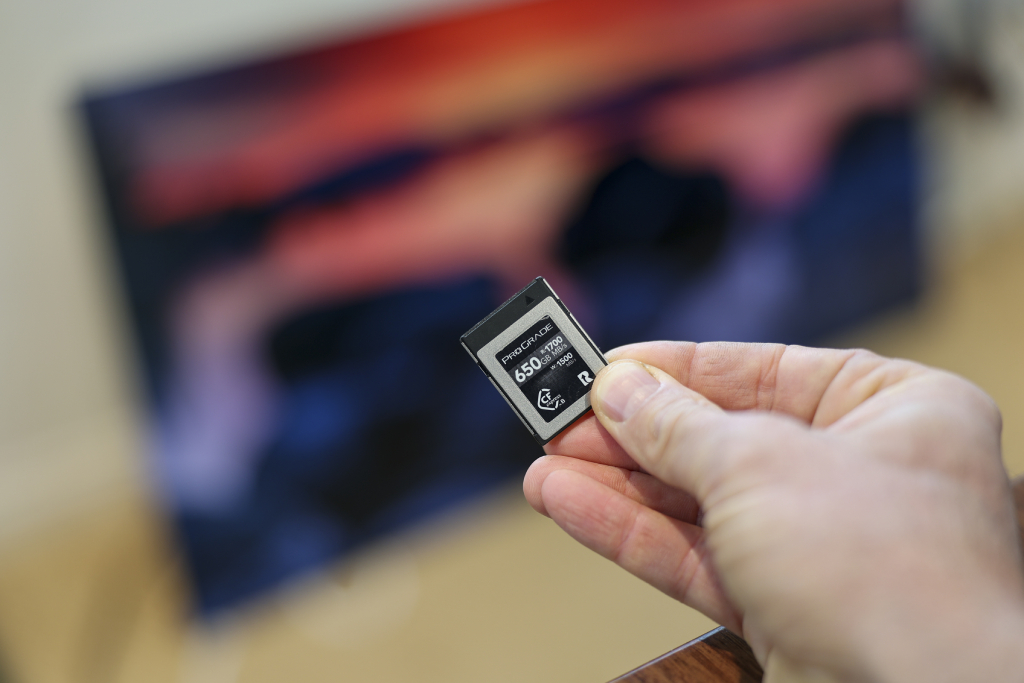 CFexpress cards are the newest type of card and they offer the largest storage capacities and speeds currently available. That’s why high-end cameras like my EOS R5 have a CFexpress slot - cards like this are needed to take advantage of modern camera features like recording 8K video or extremely fast burst rates for still images.

These cards are faster because they use PCIe 3.0. This is the same interface used by SSD drives in many laptops and desktop computers. As a result, the fastest CFexpress cards offer maximum speeds up to 4GB/s. That’s about the same speed of a SSD on a high-end laptop.

At present, no cameras support the Type C CFexpress cards because they are much larger than Type A and Type B cards.

Type A cards are the smallest, and are slightly smaller in their form factor but thicker than an SD card.

Type B cards are the same size and shape as XQD cards, so cameras with those slots (like the Nikon Z6 and Nikon Z7) can use Type B CFexpress cards.

Other Types of Memory Cards

There are plenty of other types of memory cards, but they are either not as popular as SD cards or will likely be replaced by CFexpress cards as they become more widely adopted.

Here’s a quick rundown of some of these cards:

After you determine the type of memory card you need, you have to consider the memory card features that are available. This includes memory card sizes and speeds. 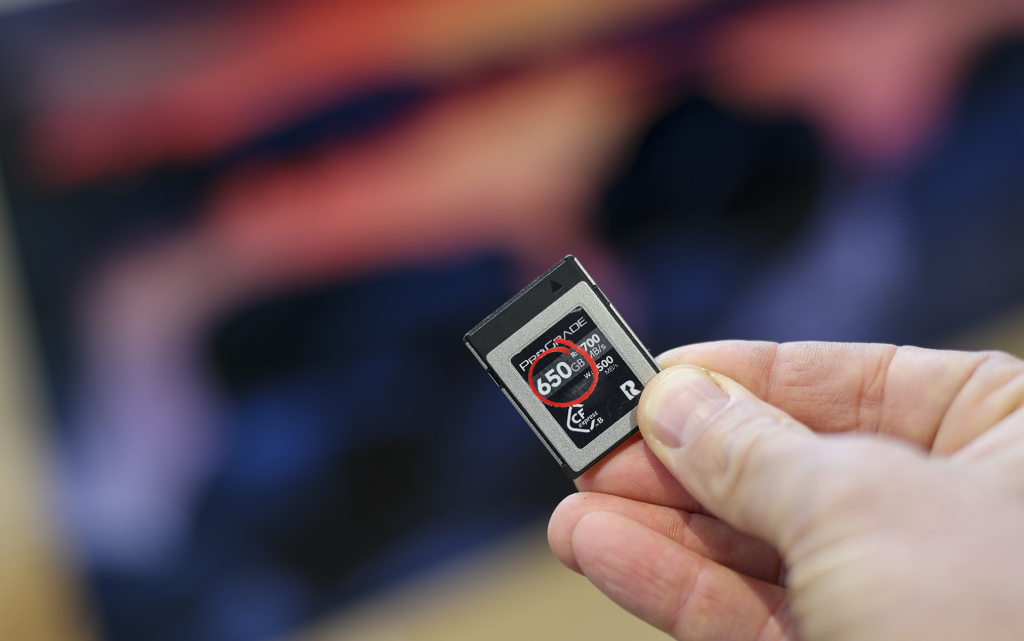 The size of a memory card refers to its capacity. Back in the day, capacity was measured in megabytes. However, today’s cards are often found in gigabytes and even terabytes.

The size is indicated on the front of the card, as shown in the image above. It is easy to spot because the size of the font is usually quite large and the number is followed by MB, GB, or TB.

The size of the card you need depends on your specific workflow. Obviously, professional photographers will want much larger capacity cards to accommodate the number and size of images files they create. You’ll usually find pros carrying around cards like my ProGrade CFexpress Type B 650GB card.

However, if you’re an occasional photographer that doesn’t shoot high-resolution images or rapid bursts of images, a smaller card, like a 16GB might suffice.

The speed that a memory card offers can vary greatly. Speed depends on a number of factors, including whether you’re referring to the read speed or the write speed, as well as the type of card you’re using.

On SD cards, speed is referred to as speed class. This defines the maximum speed that a memory card can provide. Additionally, memory cards are rated on their bus speed, which indicates the maximum bus speed the card can achieve. Bus speed is indicated by a UHS rating. 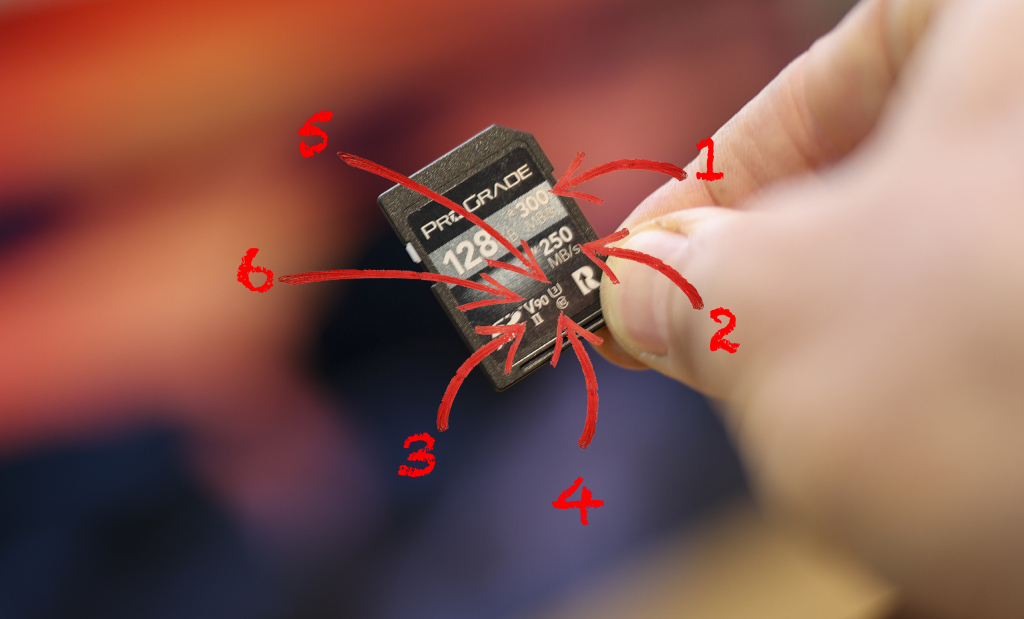 As a UHS-II card, the maximum bus speed this card offers is 312MB/s. Compare that with a UHS-I card which maxes out at 104MB/s and a UHS-III card that maxes out at 624MB/s. Since this is a UHS-II card, it has the Roman numeral II on the front (3) to indicate it as such.

The last number to discuss is Video Speed Class, which is indicated by a number like V90, as you can see in the image above (6).

Video speeds are derived from the minimum write speed. This means that a V90 card like this one can write video data at 90MB/s. This is the fastest video speed class currently available, with V6 representing the slowest. 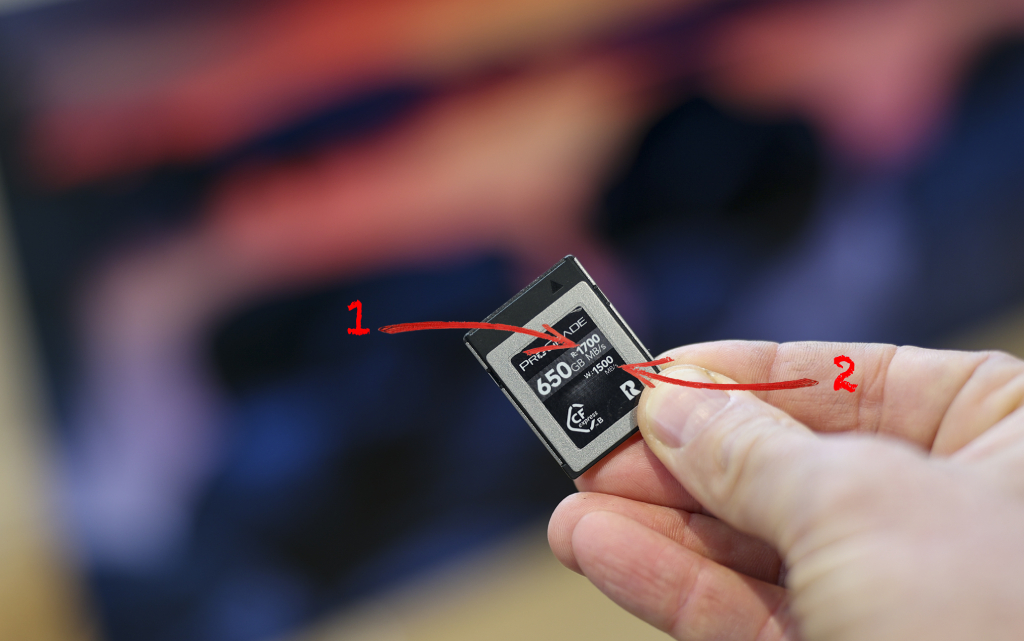 Also noted on the front of this card is the type - CFexpress Type B - and its capacity, which is 650GB. 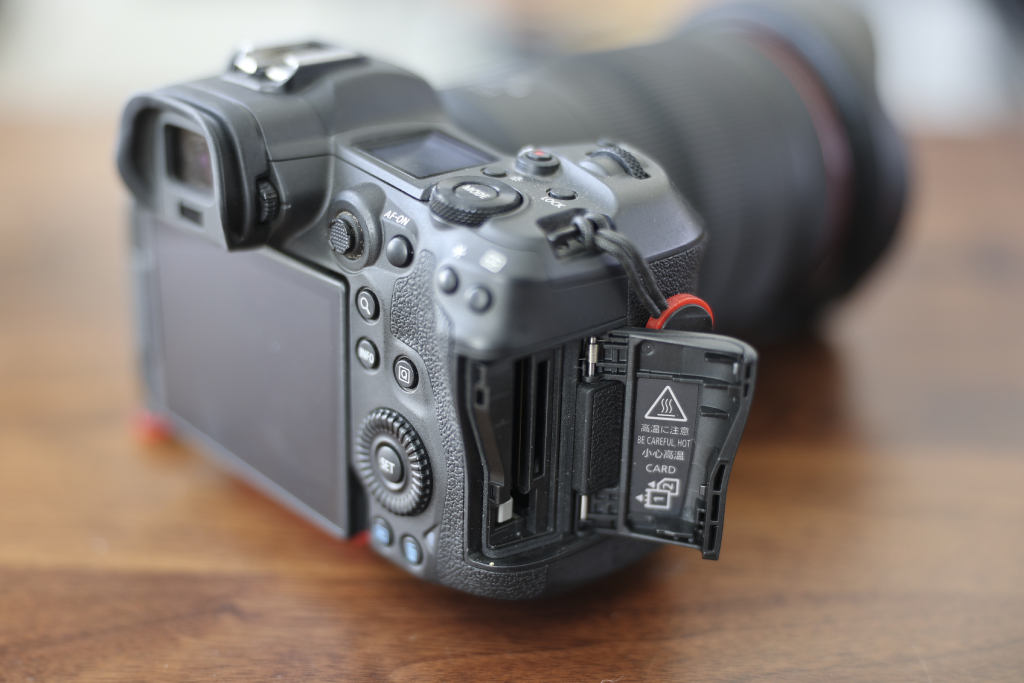 It’s important to note that the card type, sizes, and speeds will determine whether a card is compatible with your camera or not.

If you aren’t sure what kind of card(s) your camera takes, reference the owner’s manual before purchasing a card. 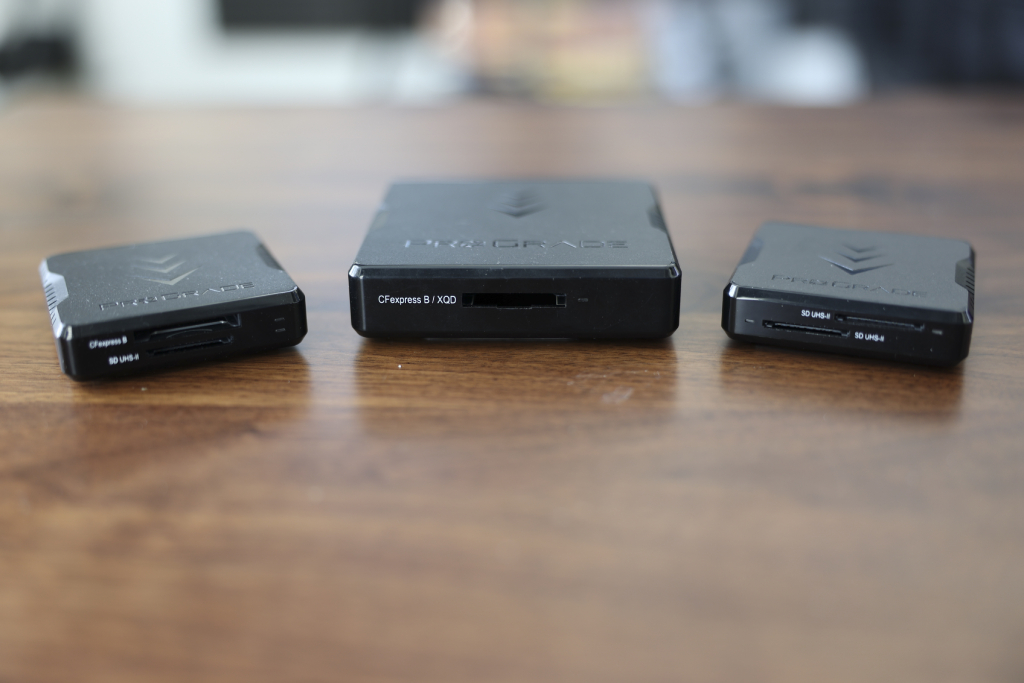 In general, the technology used in most memory card readers is the same. This means that apart from bargain-basement knockoffs, most card readers will perform about the same.

Personally, I have two ProGrade readers. The first is the ProGrade CFexpress PG04 Thunderbolt Card Reader. I use this as my primary card reader because the Thunderbolt connection allows me to take full advantage of the card’s speed.

But when I’m traveling, I take the ProGrade PG-05.5 CFexpress and SDXC Dual Card Reader. This allows me to use one reader for both types of cards I carry. However, since it is USB-C and not Thunderbolt, you don’t get the crazy-fast downloads.

Again, though I prefer ProGrade card readers, you can find a solid card reader from many different brands. Just be sure that you get a card reader that is compatible with the type of memory card(s) you use.

If we went back in time five or six years, I’d recommend SanDisk memory cards. They were my go-to cards for years and years until I experienced a failure. This was my first experience with a failed card, and as is often the case, you only need one bad experience to start looking for greener pastures.

I then started using Lexar cards, which went well for a while, but then I experienced another card failure - this time, the Lexar card fragmented. Again, I was left looking for a better, more reliable alternative.

Right around the same time, I was hearing a lot of good things about ProGrade memory cards. Since I’d experienced failures with SanDisk and Lexar, I decided to see if all the hype about ProGrade was deserved or not. 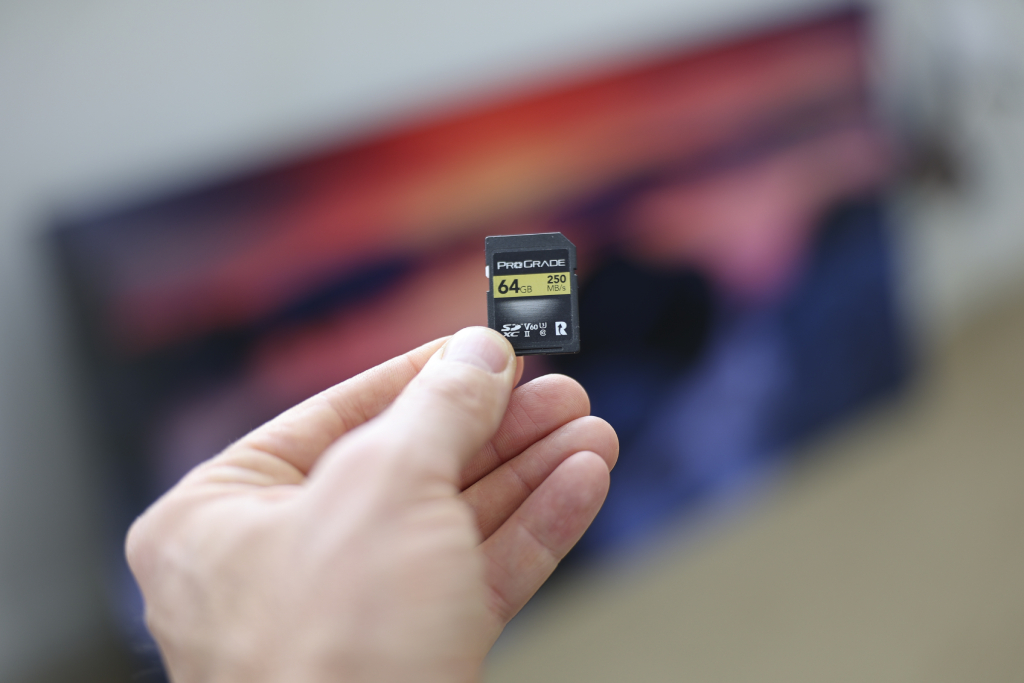 It didn’t take long for me to realize that all the pros I’d talked to were right about these cards - they are blazing fast (both in terms of writing data to the card and pulling data off to my computer) and they are ultra-reliable. 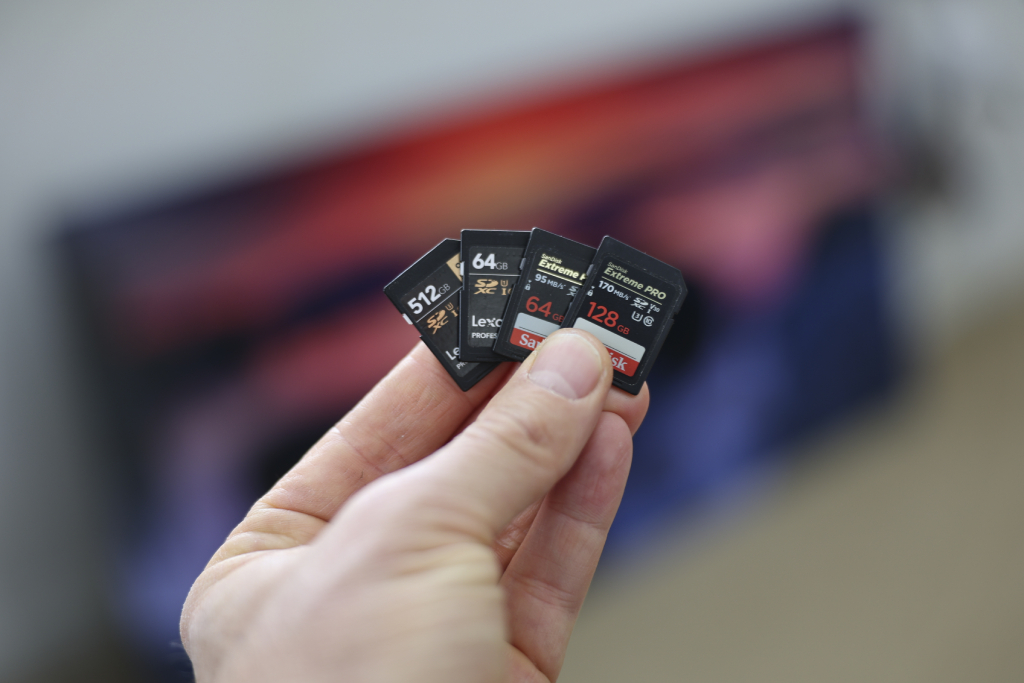 While I still have some of my older Lexar and SanDisk cards, they are really only in my bag for “in case of emergency” purposes. My ProGrade cards have been such a joy to use that they have definitely become my “daily driver” cards - and I highly recommend that you use them as well!

I’ve been with ProGrade for about a year now and have used both SD and CFexpress cards in various camera systems. I have never encountered a problem. The read/write speeds are absolutely insane. The cards are well made, durable, and incredibly reliable. These are the exact features that you want in a memory card!

I get that some memory cards seem like they’re eye-poppingly expensive. However, this is one of those things where you get what you pay for. In other words, think of getting a memory card as an investment, something that will work for you for the long-term and provide you with reliability and durability that you can trust.

There is nothing worse than losing image or video files due to a memory card malfunction. If you want the utmost in reliability, my recommendation to you is to find the right ProGrade card for your camera system and your budget.