Now Is the Time to Buy a Sony a7S II 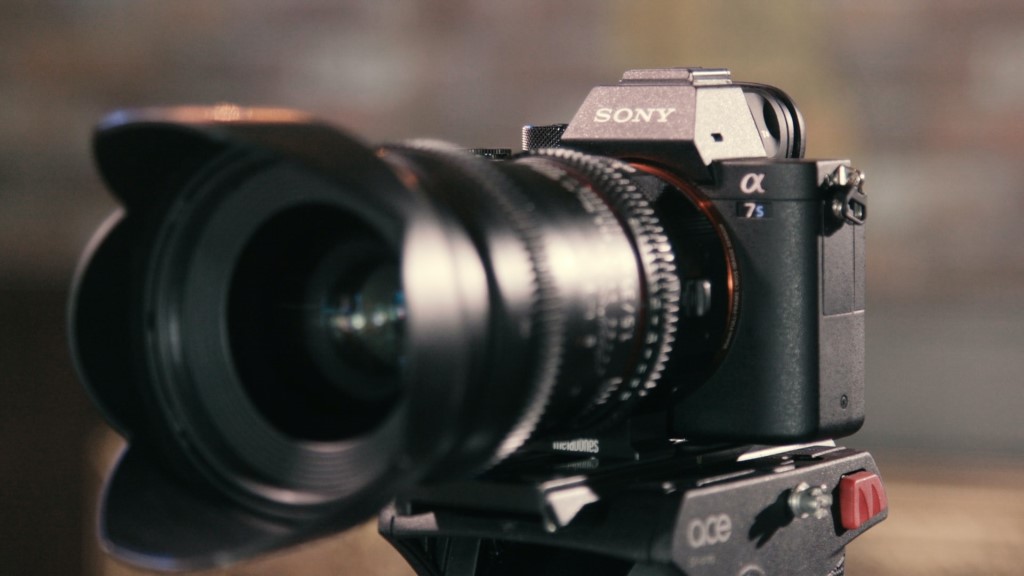 The Sony a7S III that just dropped costs a whopping $3,500, whereas you can purchase a Sony a7S II for less than half of that price.

This is because the two cameras are quite different. 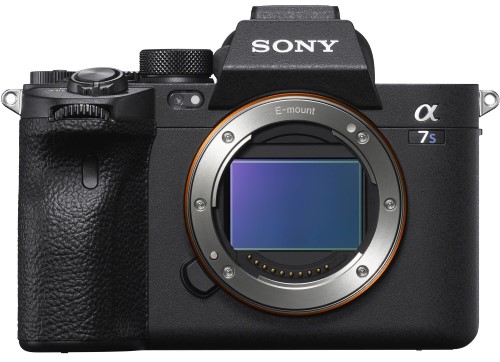 The Sony a7S III features a 12MP sensor, an incredible base ISO range of 40-409600 and 4K video. While you may expect 8K video at this price range, Sony decided to forego lower-quality 8K video in favor of incredible 4K video. In fact, most people who are opting to purchase this camera right now are videographers.

But, that doesn’t mean that the Sony a7S III can’t shoot incredible still images (especially in low light shooting). The camera can perform at 10fps, comes with a phase-detect autofocus system with 759-AF points, and is the first high-end Sony camera in a while to receive a major improvement to its menu system. I may go so far as to say that the menu system is intuitive. 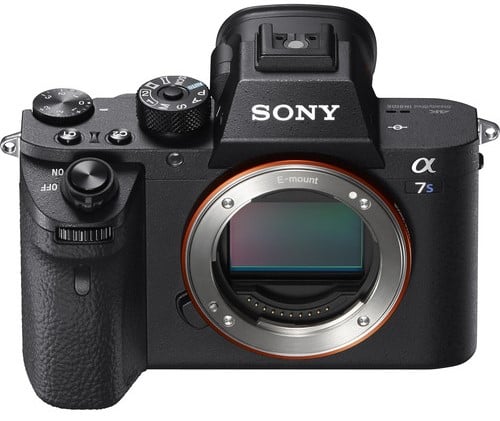 As for the Sony a7S II, it is a full-frame mirrorless with a 12MP sensor and 4K video capabilities, which is, unsurprisingly, also known for its low-light shooting. In many ways, the Sony a7S II is incredibly similar to its new sister.

So, where does it differ? We are going to show you in this Sony a7S II vs. Sony a7S III review. 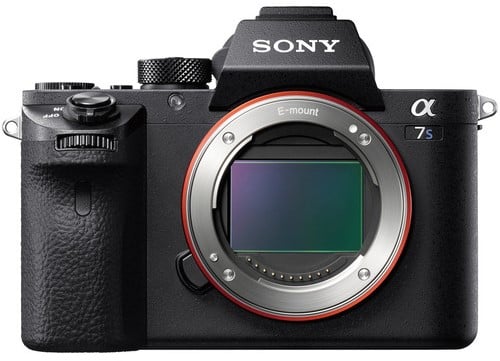 Another major difference is that the Sony a7S II has a much slower burst mode at 5fps as opposed to 10fps. 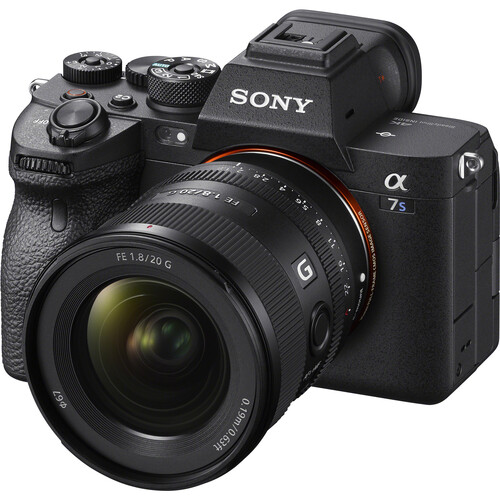 As you can see through the side by side spec comparison of these two camera bodies, they have nearly all of the same selling points, which is why you are in luck if you’re currently looking to pick up a steeply discounted Sony a7S II… everyone who can afford to is ditching them in favor of the newest version. 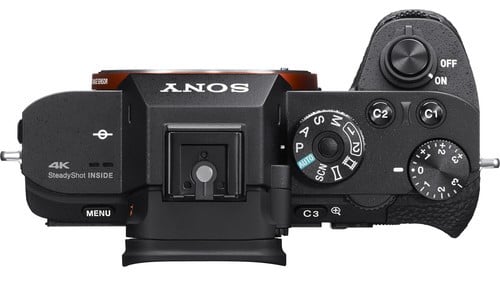 The Sony a7S II was the first camera in this lineup to come with a reduced-vibration shutter, which made it one of my favorite releases by Sony in years.

The Sony a7S II is also mostly built out of magnesium alloy so the camera was able to approach the 1 lb mark while remaining very sturdy in your hands.

Moreover, this magnesium alloy allowed the Sony a7S II to be one of the most weather-resistant camera bodies on the market. 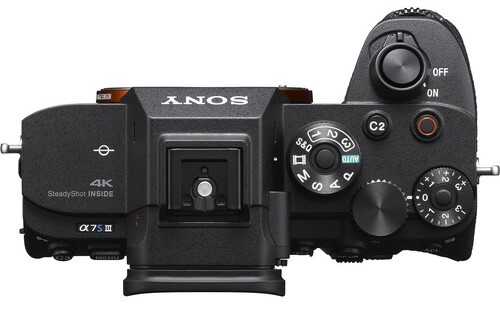 The Sony a7S III body isn’t much different, except for the fact that it now features a fully articulating LCD, which is a first for cameras in this lineup. The LCD on this version is also much more touch sensitive than any other camera Sony has ever produced.

The Sony a7S III also comes with a full-size HDMI connector, which only furthers my belief that this camera is built for serious videographers.

The cable retainer that the camera body comes with will also protect the head of your HDMI lead, while keeping the cable in place, so that if your cable is accidentally tugged on while you’re shooting, it will be at a right-angle to the socket. It prevents the screen from getting messed with during shooting. 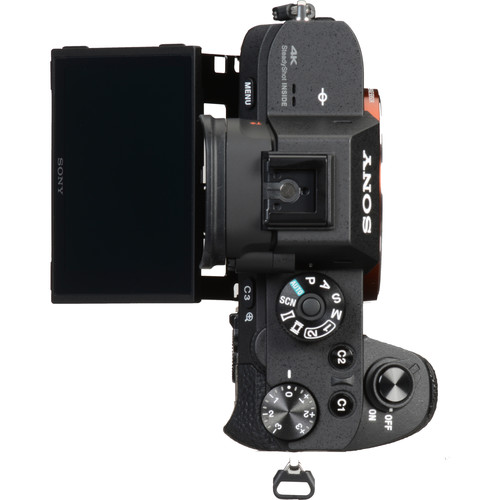 The Sony a7S II is an ergonomically-designed camera. It feels much like the A7 II and the A7R II, if you’ve ever worked with either of those cameras before.

It comes with a lot of different customization options, and it made some small adjustments from previous versions. For instance, the shutter release on the sony a7S II is located closer to the top of the grip (which is helpful) and its grip is larger.

The biggest difference between the handling of the Sony a7S II and the Sony a7S III is that the III features much better ergonomics. It comes with a better grip, a larger joystick and an AF-On button that is easier to feel out while paying attention to whatever you’re shooting. 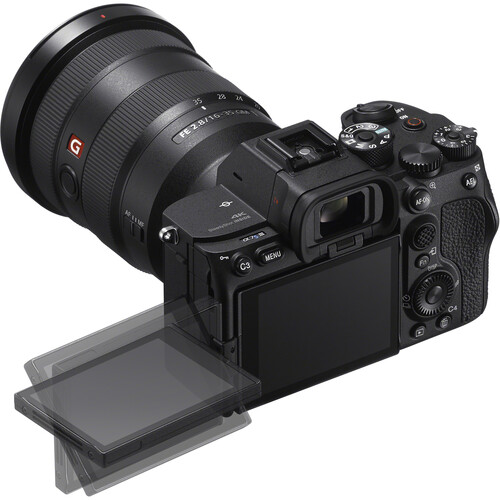 If you’re a fan of toggleable locks, then you’re also in luck because the exposure comp dial finally features one.

But, the biggest improvement to the Sony a7S III is its new menu. This menu features better categorization and color coding (so that the menu is easily readable). It also features a ton of indexing which allows a very complex menu system to feel easy to manage through the use of vertical tabs.

And, if you noticed in the Sony a7S II specs, Sony has never been one to heavily rely on touchscreens. This is slowly changing with this updated camera body. You can now control either the main menu or the Fn menu through touchscreen.

Finally, the sony a7S III features a battery life of 600-shots, which is pretty impressive considering all of the other things this camera can do. As compared to the Sony a7S II’s 270-shots, it's pretty crazy.

As I discussed earlier, the Sony a7S II features 4K video at either 30 or 24p. You can see this 4K video in action in Armando Ferreira’s video test above.

4K video at 30p cannot compete with 4K video at 120p, which is what the Sony a7S III features. It also shoots 12-bit video, which is something, many argued, its predecessor should have been able to do. You can watch a short video test by DPReview above. 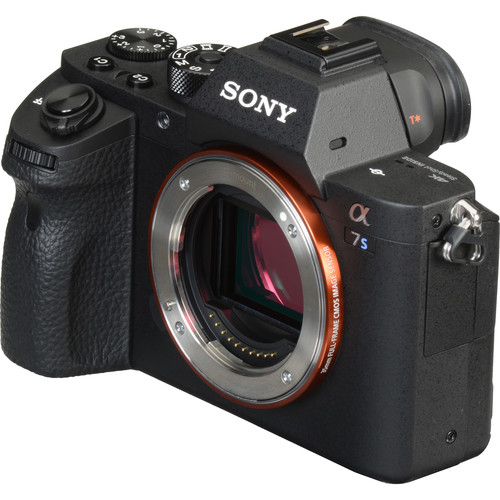 Since half of the reason we are recommending you purchase a Sony a7S II right now is because it’s a lot cheaper than the Sony a7S III, it makes the most sense to purchase it used.

MPB, one of our favorite used camera retailers, currently has three Sony a7S II camera bodies listed for sale starting at $1,479. As compared to the Sony a7S II price when it was just released, $1,500 is a steal.

And, as other photographers try to purchase the new version, you can expect more Sony a7S II bodies to become available over the next few weeks, which will probably further the competition on that price point so make sure you keep checking back.

Since the Sony a7S III is so brand new (it literally dropped last month), MPB doesn’t yet have any for sale.