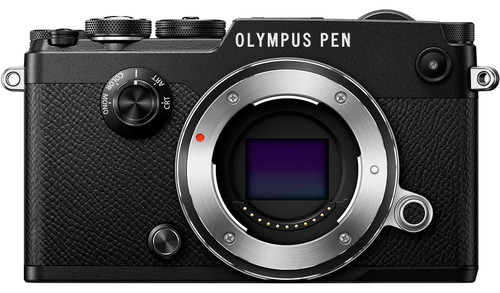 The Olympus PEN-F, which came out 5 years ago, was created with the original in mind. So, for enthusiast photographers who like the feel of shooting with antique cameras, this one will definitely appeal.

Since it did come out 5 years ago, some of the specs are outdated. For instance, it definitely isn’t a good choice for videographers, since it doesn’t even feature 4K video. However, some of the features on this camera are really fun. For example, there are plenty of artistic filters to play around with. It also has a nice high resolution mode.

In this Olympus PEN-F review, I’ll discuss a little bit more about what the Olympus PEN-F body looks like and I’ll also share what types of photographers it might appeal to. 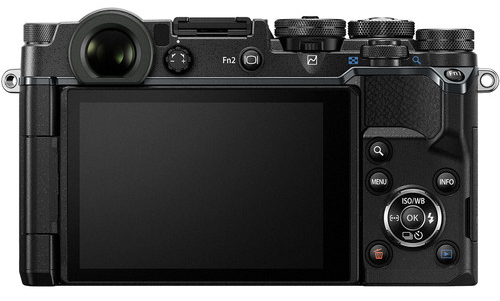 The Olympus PEN-F features a 20MP Four Thirds sensor. It also features an electronic viewfinder with a nice resolution of 2.36m-dots. Likewise, the Olympus PEN-F handles itself well in low light scenarios thanks to its ISO range of 200-25,600, which can be expanded up to 80-25,600.

One important note about the Olympus PEN-F specs is that its screen is a TFT, which is arguably the best type of display technology available for cameras. It features a 3” 1.037m-dot TFT screen. TFT stands for “thin-film transistor” and it provides you with the most accurate color representations on your screen. 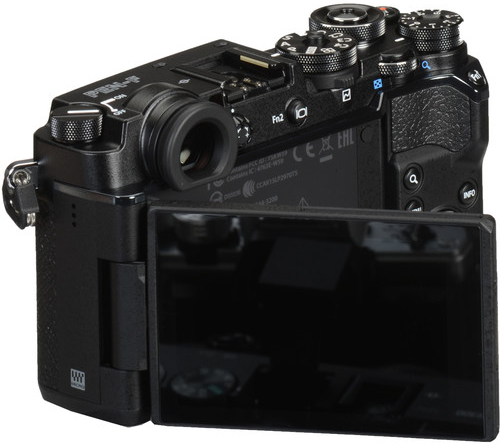 Another important note is that this camera features a 50MP “High Res” shot mode. When you look at this camera’s video capabilities, which are outdated since it cannot shoot 4K, it seems pretty clear that it was designed for stills photographers.

You can expect to get a 10fps burst mode out of this camera. It also comes with 5-axis image stabilization, built-in Wi-Fi, and an 81-point AF system.

Other Olympus PEN-F Specs Include:

One of the more fun parts of this camera is its front-mounted dial. Back in the day, this dial would have been used to adjust the shutter speed. Now, though, it lets you choose different artistic filters for your shots. For this reason, the Olympus PEN-F is a ton of fun to shoot with.

One of the more interesting artistic filters is a film grain filter that is supposed to be pretty darn accurate. It isn’t like most film grain filters that put the same effect over the entire photo.

The touchscreen is articulated, making it great for taking selfies or vlogging. Unfortunately, you cannot change any of your main menu selections via the touchscreen. It’s definitely a more antique camera in this way.

The 2.36m-dot EVF features a really good refresh rate, as well, so that you can easily track moving objects. One thing you do need to watch out for when using the EVF is the fact that the Auto Luminance feature likes to make you think your photo is brighter than it actually is, which can make you underexpose your images. Thankfully, you can set your EVF brightness yourself. 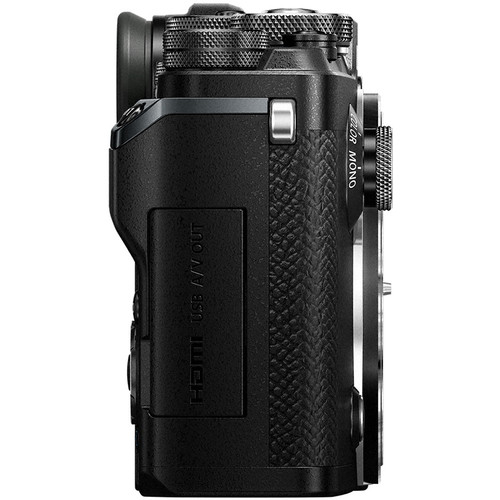 The Olympus PEN-F build is pretty serious, like most other Olympus cameras. It is made completely of metal, except for a few plastic buttons on the back of the camera. One unfortunate thing about the Olympus PEN-F design, though, is the fact that it is not weather-sealed.

When it comes to the Olympus PEN-F handling, the shooting experience definitely leans towards one you would get with a rangefinder. It’s why the viewfinder is located on the left corner of your camera.

This does mean, though, that you shouldn’t expect any sort of a grip on this camera. It is true to its 1960s version. You do get a thumb grip, but I would absolutely keep this camera on a wrist strap while you are using it.

Huge shout out to Blunty for providing us with the Olympus PEN-F video performance test above.

However, if you’re looking for a stills camera that can still produce video, the Olympus PEN-F might work for you. It does have some really great videography features. For instance, the in-body image stabilization provides a great steadiness to videos that you take while on the move, making it a nice option for vloggers who aren’t ready to purchase anything with 4K. 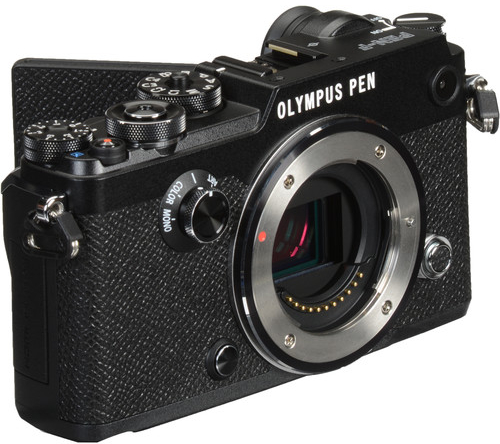 Since the Olympus PEN-F is now 5 years old, you can’t find it for sale from Olympus. It has been discontinued. However, this may be a blessing in disguise because it means that a lot of Olympus photographers are offloading their Olympus PEN-F cameras in favor of something a little bit newer.

For instance, MPB is currently selling an Olympus PEN-F, in excellent condition, for only $809. It even comes with its original packaging.

I recommend that you do purchase your Olympus PEN-F from MPB because they hire professional photographers to grade all of their equipment. You may be able to find a slightly cheaper version elsewhere, like on eBay or Craigslist, but I really don’t think it’s worth the risk that you’re taking buying from an anonymous seller online. That camera could show up to your front door looking completely different, or worse, it could not show up at all.

With MPB’s customer service, you can rest assured that your camera will look exactly as it does in the photos and you can always return your camera up to a month after you purchased it if it wasn’t exactly what you were looking for. I can promise you that no Craigslist seller will offer a month-long warranty, either!