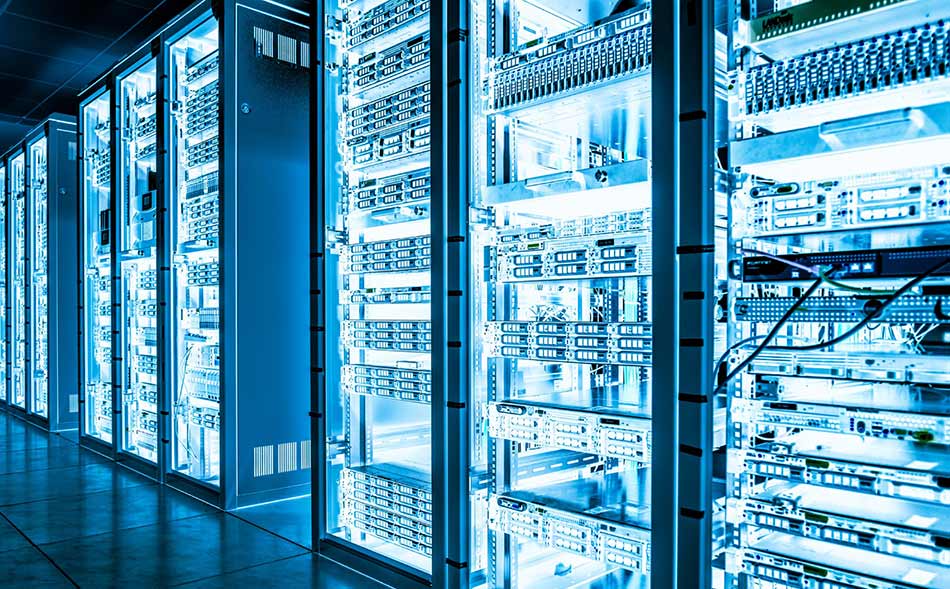 When you're building an online brand, you need a ton of support.

You have programmers, web designers, copywriters, and social media gurus all helping you work toward your business goals.

But one of the unsung heroes of that support group is the hosting company you use.

I've used many different hosting companies over the years with varying degrees of success.

Now that I have some perspective on the good, the bad, and the ugly of hosting, I thought it would be timely to put together a review of the hosting company I currently use for PhotographyTalk: OVH. 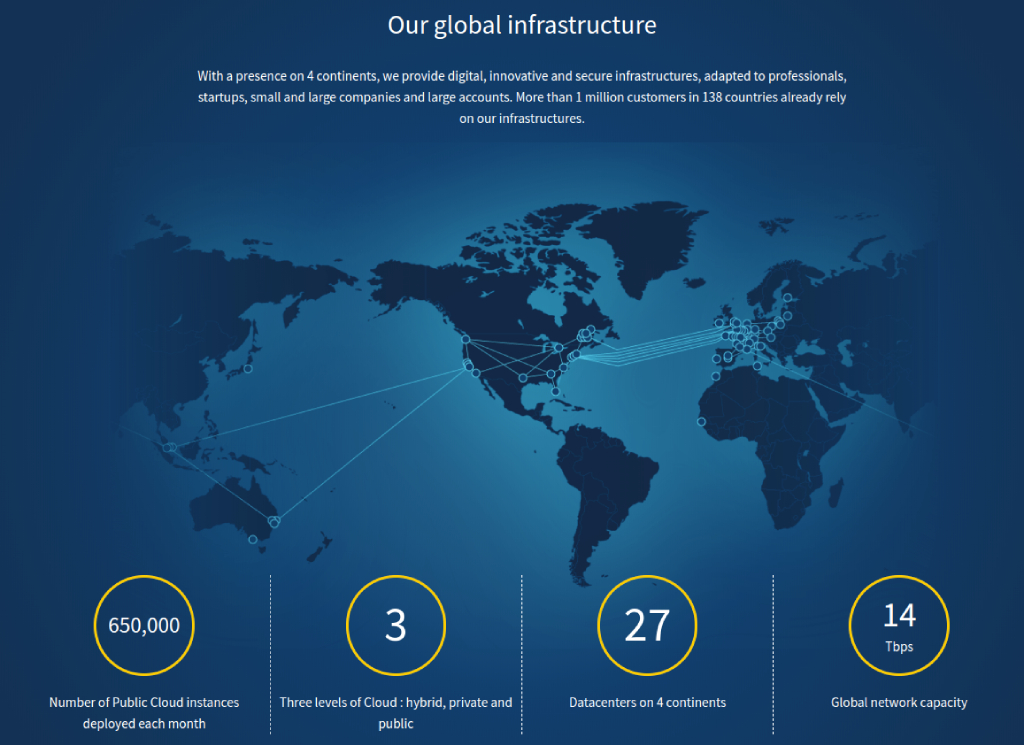 OVH is on the cutting-edge of technology and offers a wide range of products, with public and private cloud services, VPS services, network and security solutions, dedicated servers, storage and backup options, and more.

They are the largest hosting provider in Europe (the company is based in France) and has operations in North America and Africa as well.

Since 2003, OVH has been a leader in energy efficiency. In 2010, they eliminated air conditioning from their data centers to reduce energy consumption and have a more eco-friendly footprint.

OVH is a leader in developing technologies to make their services more dependable and streamlined, which means when you're starting your photography business, you can rely on them for top-notch service.

What's more, OVH builds and operates their own data centers and has complete control over their infrastructure. They even build their own machines!

You can learn more about OVH's commitment to providing quality, reliable technology and services in the video above. 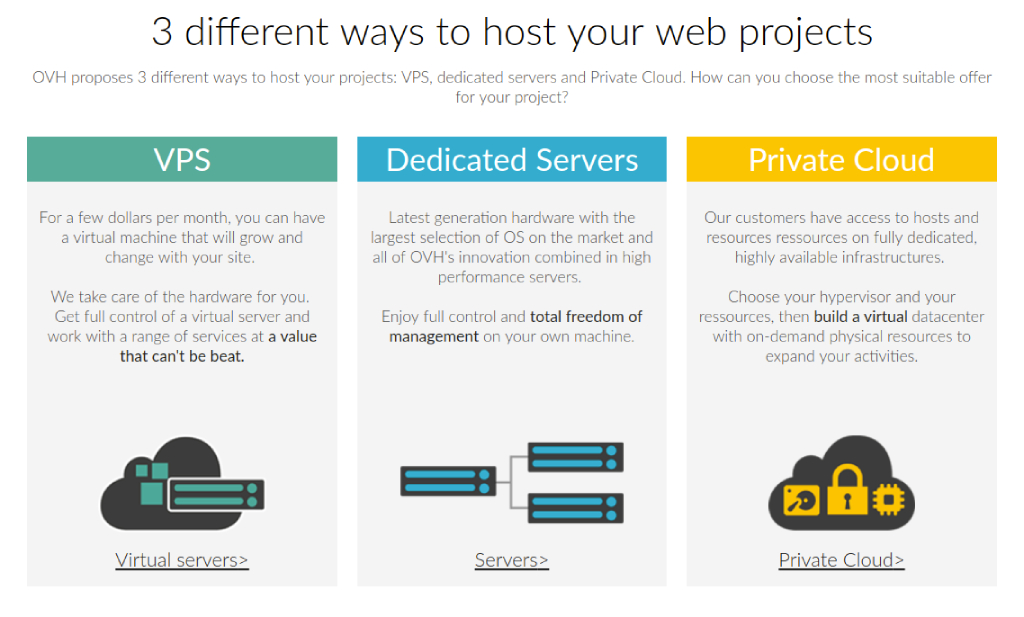 OVH pricing is highly affordable with a variety of plans to suit your needs. 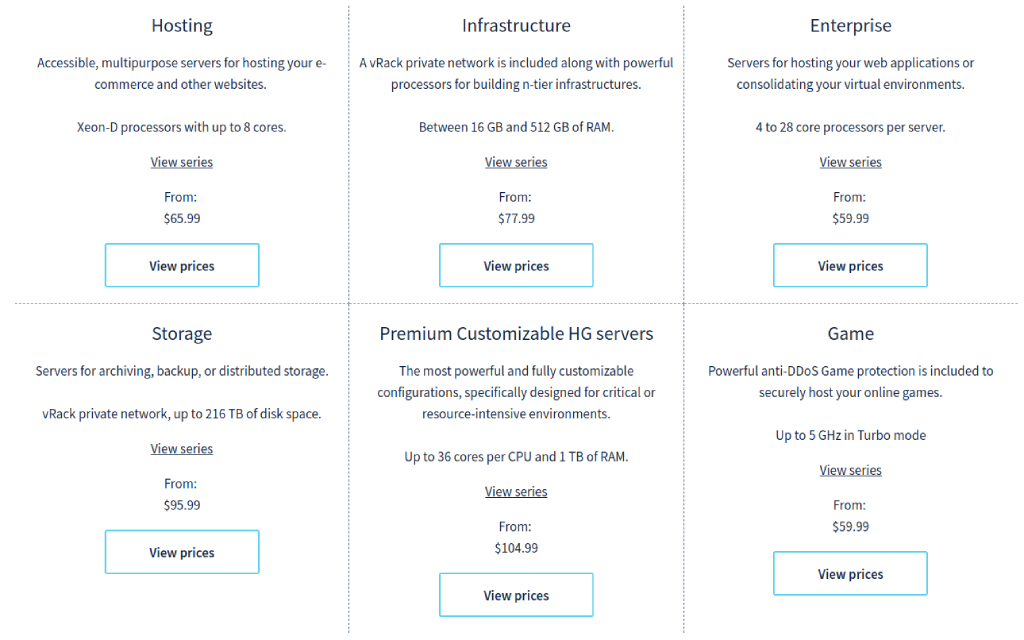 Additionally, OVH offers private cloud services that give customers access to hosts and other resources on completely dedicated infrastructures. 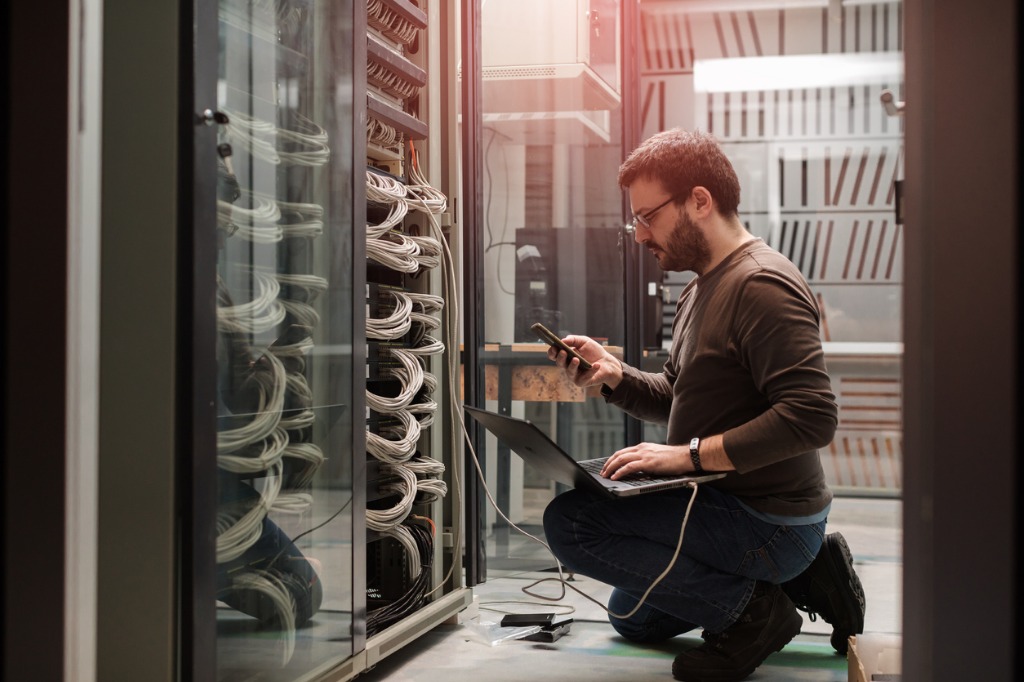 Photo by anandaBGD via iStock

Obviously one of the most important factors in choosing a host for your website is the uptime.

And while many companies promise 99.9% uptime and fail to deliver, OVH is not one of them. In fact, on the off-chance that there is an outage, OVH guarantees a five-minute-or-less response time.

I switched hosts for PhotographyTalk about four years ago and the site has gone down one time and it was down for only a short time.

Compared to every other hosting company I have used over the last 20 years, this is something quite remarkable!

It's that kind of dependability of service that I appreciate with OVH. It's easy to take things like hosting for granted, and having the peace of mind knowing that PhotographyTalk will be up and running each morning when I wake up is worth its weight in gold. 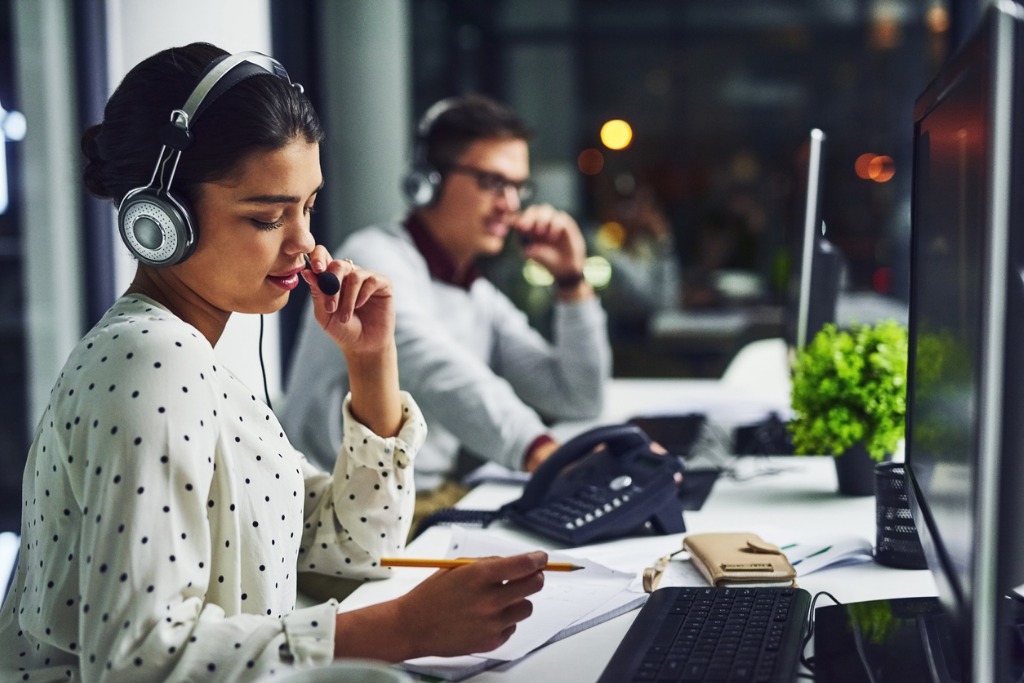 While I've only needed to call them one time for assistance, OVH does seem to have less people on call than other hosting companies I've used in the past. As a result, I was on hold a tad longer before a customer service agent got on the line.

Though this could certainly be considered a negative about OVH, given how strong their tech side is, I'm okay with this. I mean, one call in four years? That's pretty amazing.

It would seem OVH has invested heavily into the tech side to prevent the need for having a huge customer service department. Also, it makes sense - if they don't have that many calls coming in, then most of a big call center would be playing solitaire and Bubble Pop on their iPhones all day! 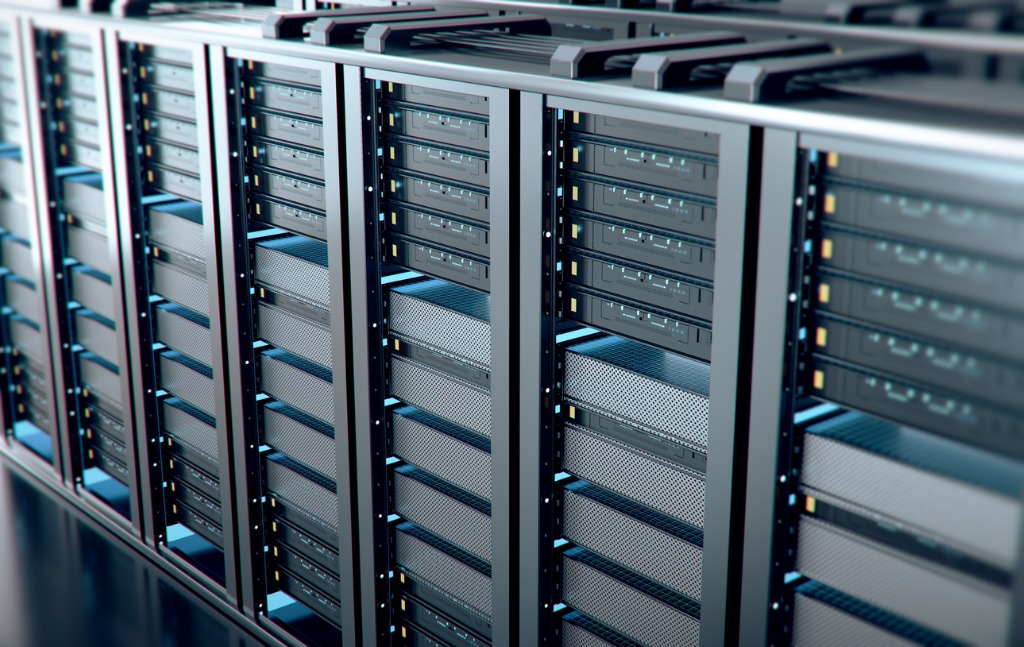 Photo by undefined via iStock

The last company I had hosting with, HostGator, gave me all kinds of problems on the tech side.

It was tiresome working with them. I had to call into their support line at least every couple of weeks because something was wrong.

Then the unthinkable happened: my site was hacked, and the backups I was paying Hostgator to make each day hadn't been done in three weeks. And the bummer was I had just been interviewed twice by Jay Leno and Spike TV.

As a result, we lost nearly 57,000 registered users who had just signed up during that time frame!

Needless to say, the way OVH has performed over the years, I'm not concerned at all about the same problem happening again. You have enough to worry about when you're building your brand - hosting doesn't need to be one of them! 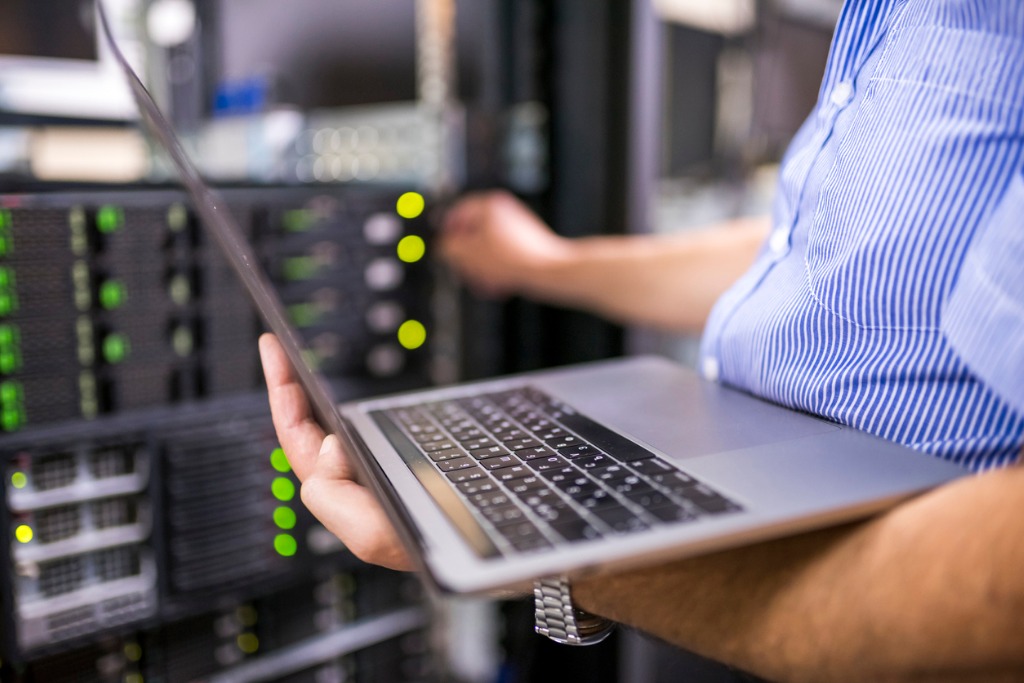 Photo by tihomir_todorov via iStock

Over the last 20 years, I've had my companies hosted a few times with RackSpace.

These guys were known for excellent customer service, and in my opinion, had just an "okay" tech side.

But again, I found myself paying an extremely high premium, and all the good customer service went out the window when they double-billed my company a couple of times.

As if that wasn't a big enough issue, there were a number of outages that took my site down for days. That's simply unacceptable!

Final Thoughts About OVH Hosting and This Review

Over two decades of building online brands, I've experienced many different hosting solutions - the good, the bad, and the "let's not even talk about it, it's so terrible."

After all the mishaps with other hosting companies, the laws of patience were bound to swing in my favor. They did so four years ago when a programmer that came on board with me recommended OVH.

At first, I wasn't excited about using a hosting company not based in the United States. However, their price was tough to beat, and to be perfectly honest, I'm a bit of a risk-taker.

You've gotta try something at least once, right?! If you don't step up to the plate, how can you expect to hit that home run?

I'm very fortunate that I took that risk and stepped up to the plate because working with OVH has definitely been a home run.

OVH has their act together with excellent technology, a track record of success, a global infrastructure, and a reputation for being one of the best hosts around.

I can attest to that track record - one minor incident in four years is simply unheard of in my book.

If you need solid, reliable hosting, OVH is the way to go if you ask me!

Not sure how to take your camera, your skills, and start charging for it?

Take our Business Builders Course and join the photographers who have fast tracked their learning by uncovering the secrets to setting up a successful photography business in just 30 short days. 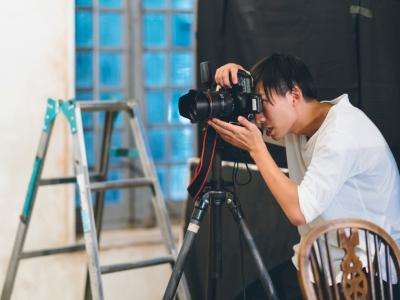 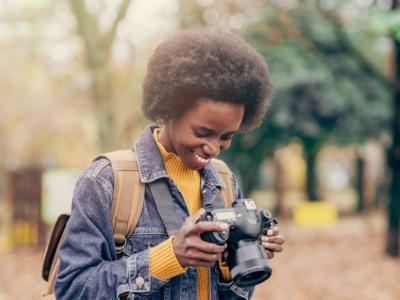 How to Get and Retain More Photography ... 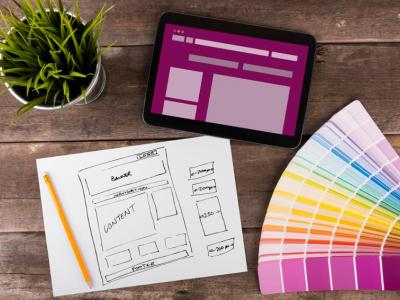 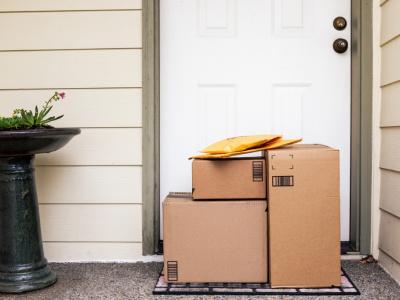 Pros and Cons of Drop Shipping Your ...

With a budget of $2,500, there are all sorts of gift possibilities for the photographer on your list. Here are some top gifts for photographers under $2,500.

In this Sony camera shoppers guide, get details on some of Sony's best cameras for photographers and videographers.

Dec 06, 2021
Perfect Your Sunset Photography With These Simple Tips

The Canon EOS R has been out a few years now, which means the price has dropped, making it a great option for budget-conscious photographers.

Dec 06, 2021
Essential Photography Gear Every Beginner Needs in Their Bag