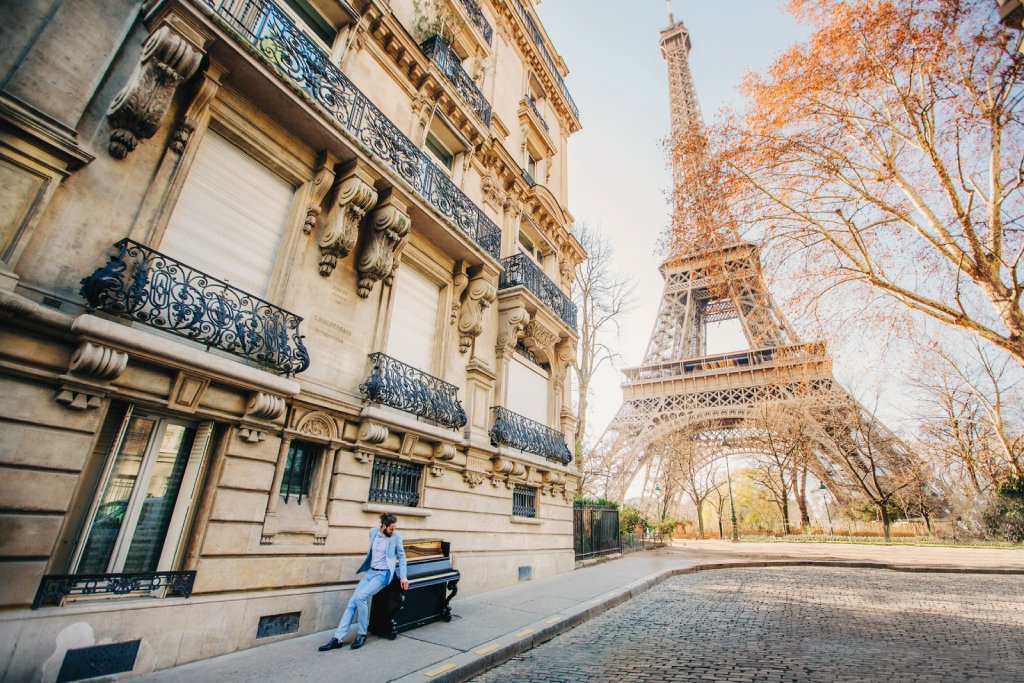 This is the story of Samuel and Maya in the city of love for their elopement.

Samuel, always a gentleman, wanted to ensure Maya's wedding day was something she would never forget. So, at sunrise, Samuel began pushing a piano through the streets of Paris. 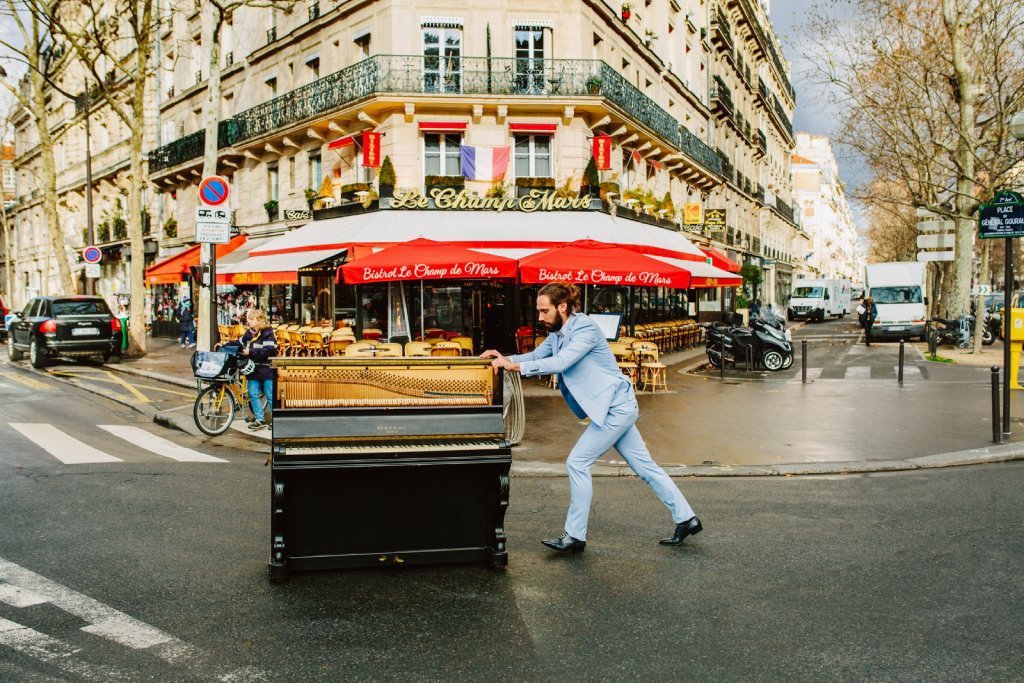 As you can assume, Samuel received some odd glances from the locals, as well as some giggles. 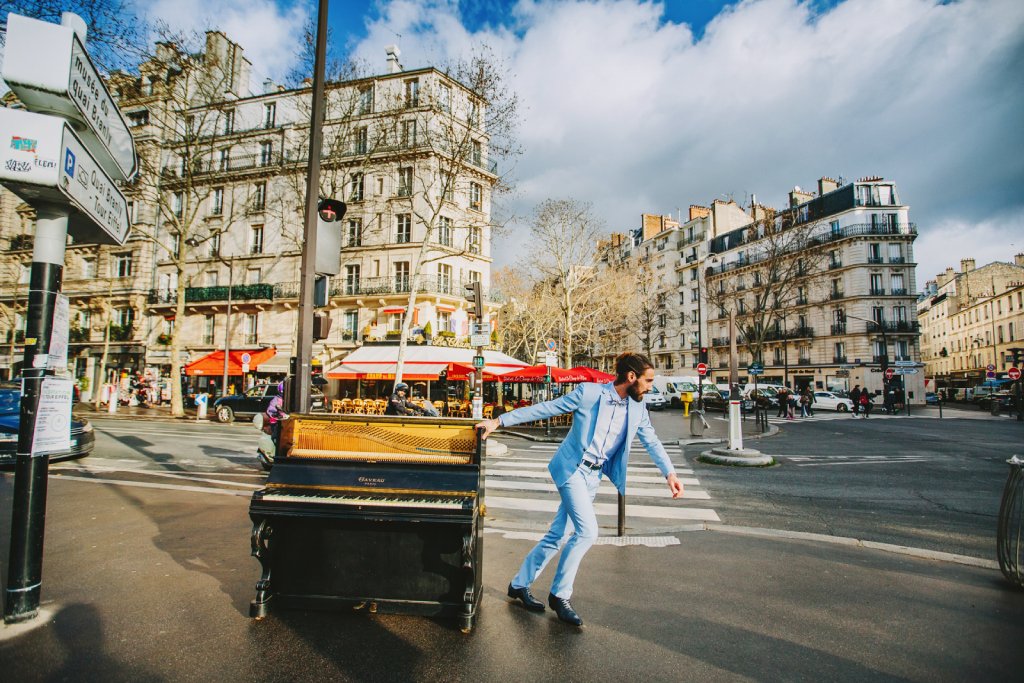 And maybe even a honk or two. 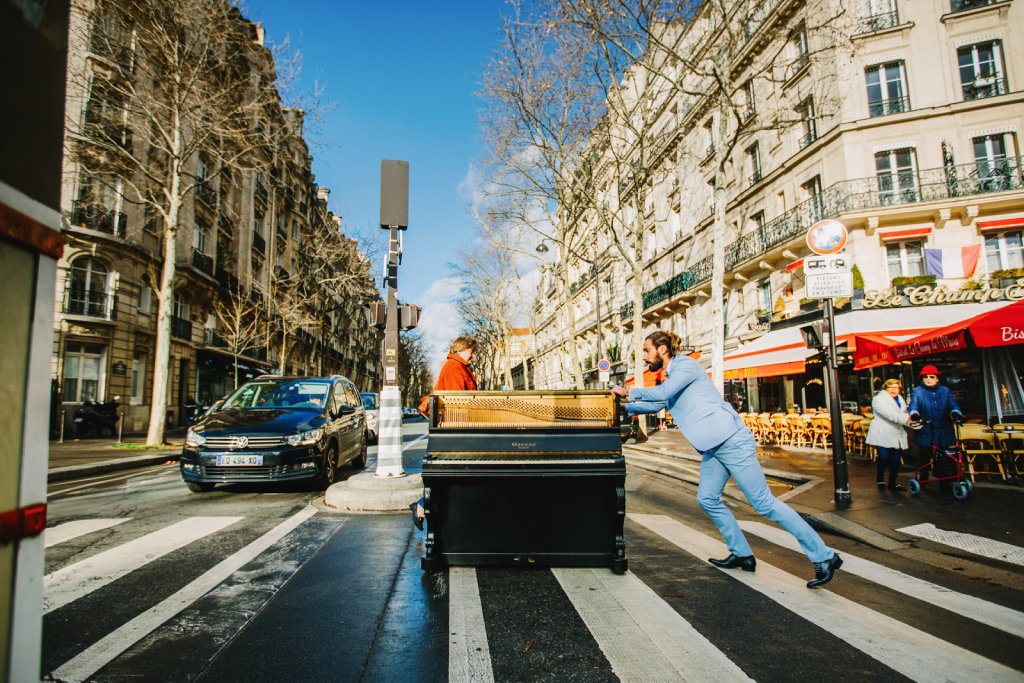 It seemed to both Samuel and his photographer that everyone knew something very romantic was beginning.

It is Paris and the city expects love. 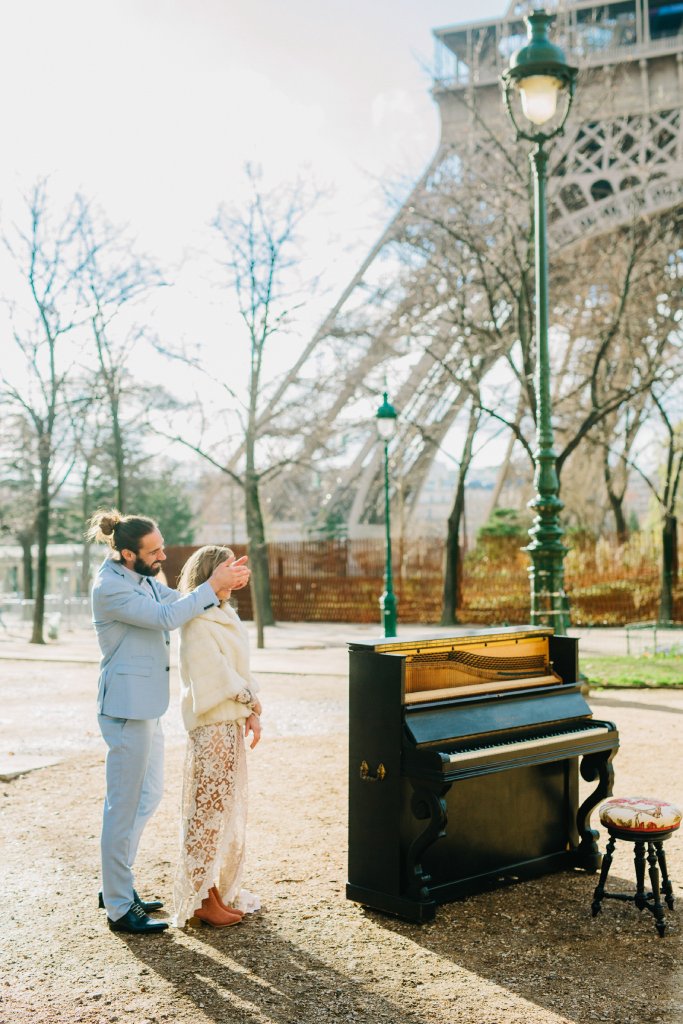 Once Samuel got the piano to just the right spot at the bottom of the Eiffel Tower, he brought Maya in.

Their vows sat atop the piano, waiting to be used in the ceremony. 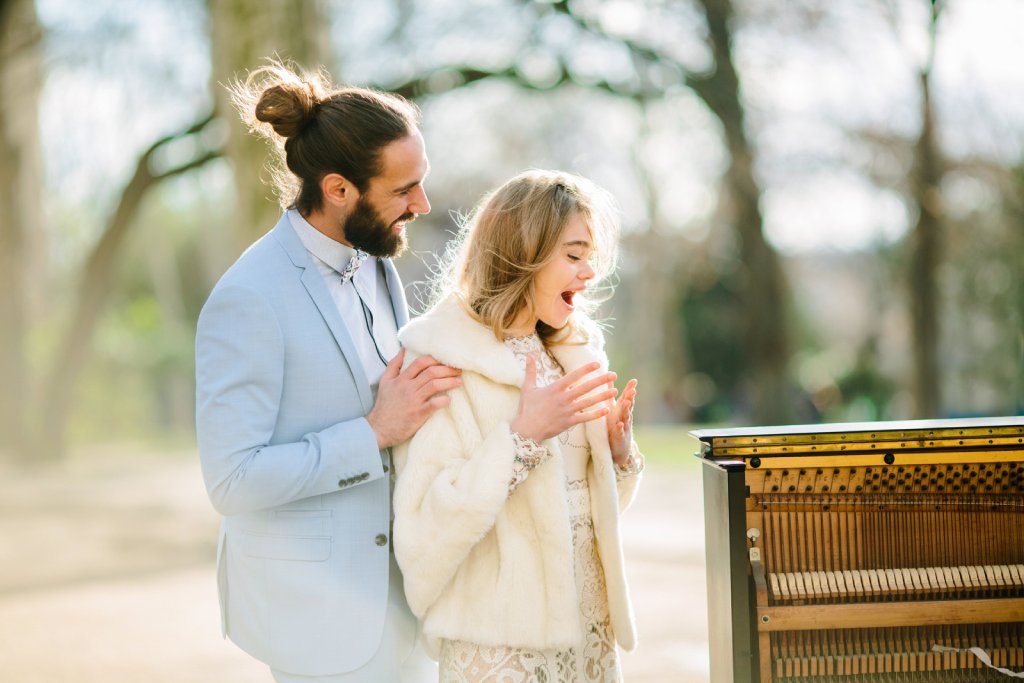 Maya was just as surprised as you would expect.

"I felt like my heart was going to pound straight through my chest, and when she saw the piano laying in front of the Eiffel Tower she was totally shocked," Samuel said. 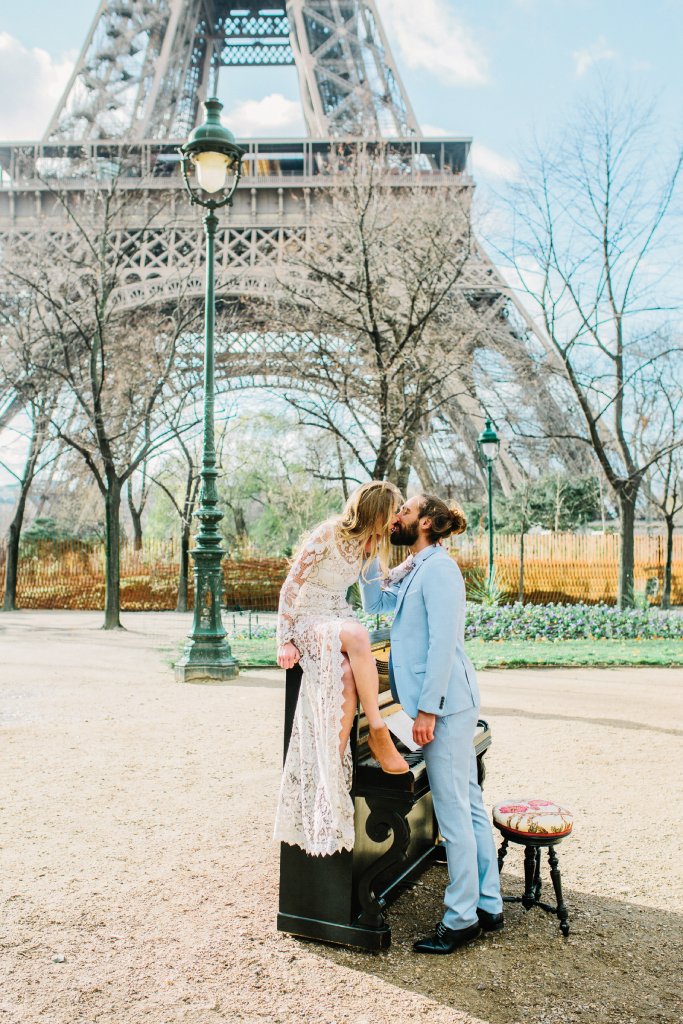 After vows were exchanged, the couple decided to get all of the photos they thought they would need. 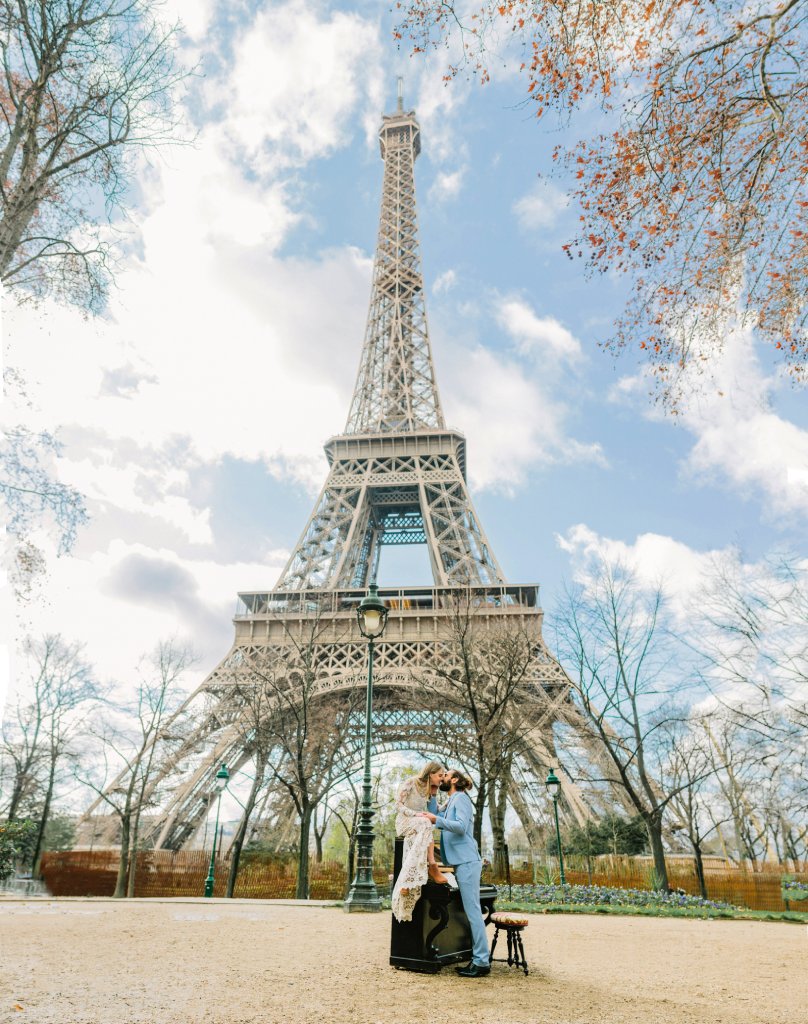 That is, until they captured a magical moment.

When the couple was walking away from the photoshoot, getting ready to begin their Parisian vacation together, it started to snow. 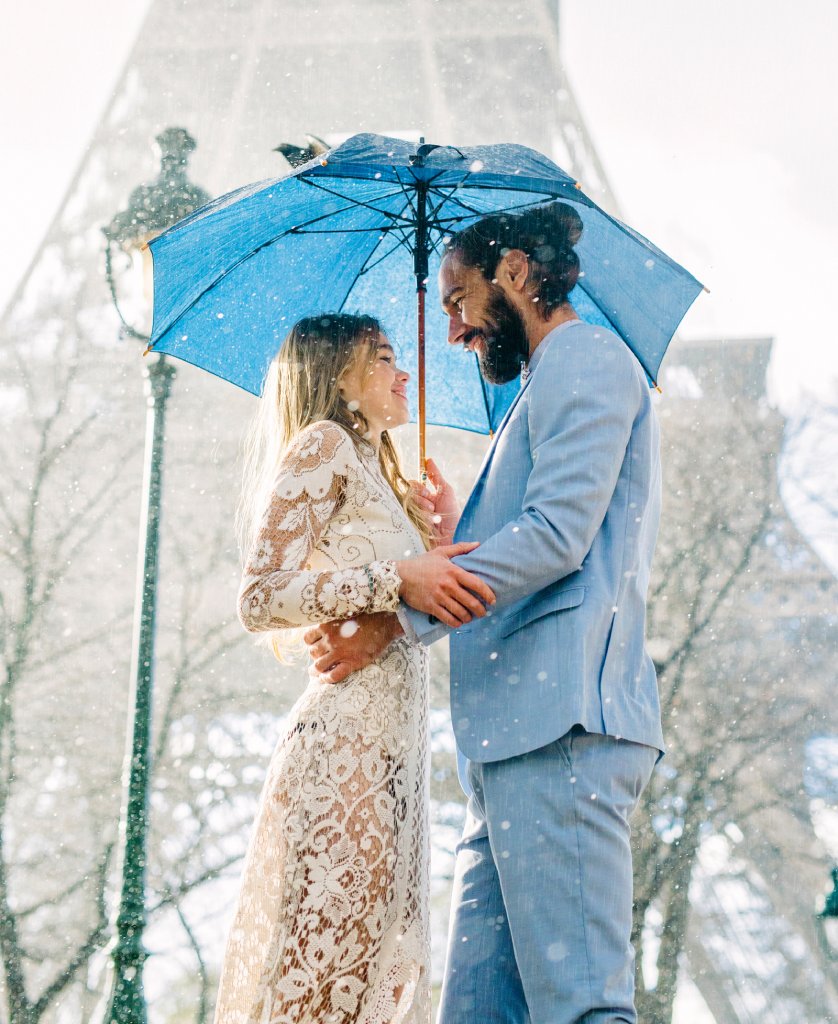 "The idea hit me of putting the couple on top of the piano to capture a 'Lost in Paris' moment on film," their photographer said. "As the snow fell, I looked up in the sky and knew there was something special happening." 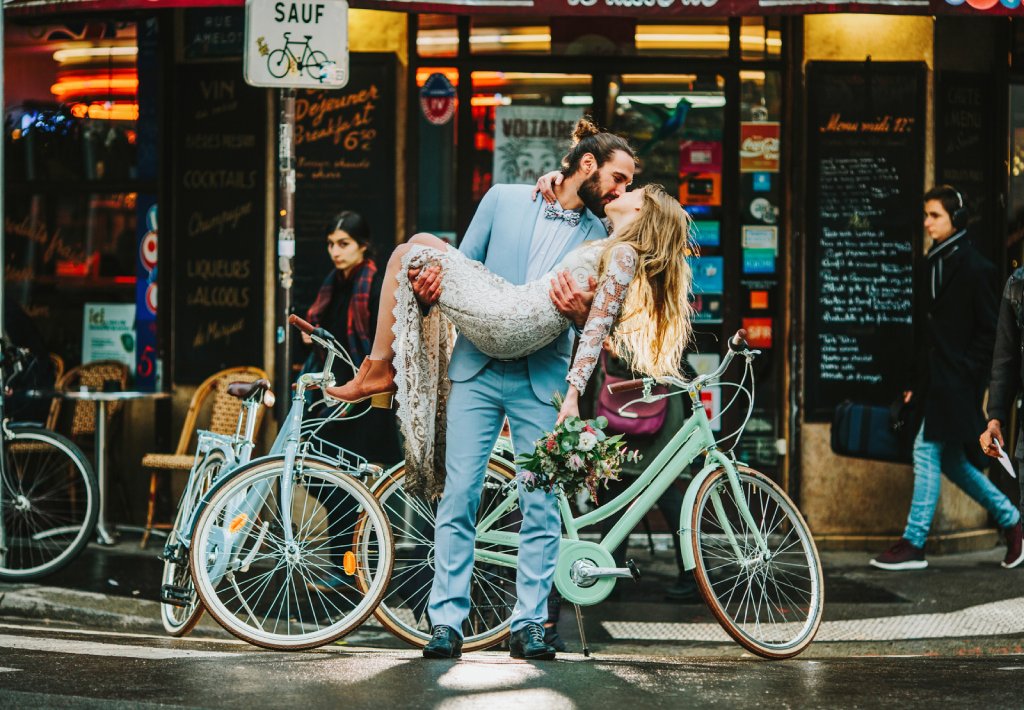 The couple spent the rest of the day riding their bicycles through the streets, grabbing some lattes, and enjoying their new life together.