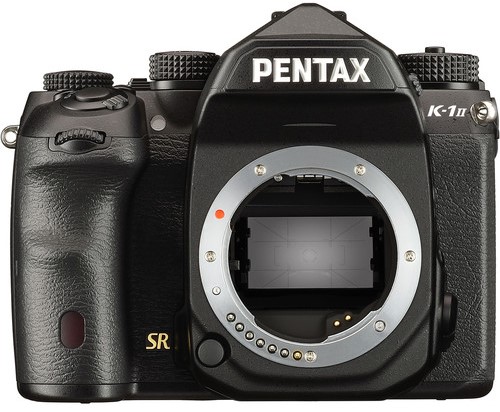 The Pentax K-1 Mark II came out in 2018. This camera has the look of a vintage camera with all of the power of a modern full-frame DSLR. It’s also built like a tank, meaning you can expect it to last you for years and years.

If you’re familiar with the K-1, then you know just how excited a large portion of photographers were for the release of the Pentax K-1 Mark II. It was supposed to provide a much better ISO for low light photography. It was also supposed to improve the autofocus of the original K-1. But, how many of these promises did Pentax keep?

Let’s figure that out in this Pentax K-1 Mark II review. 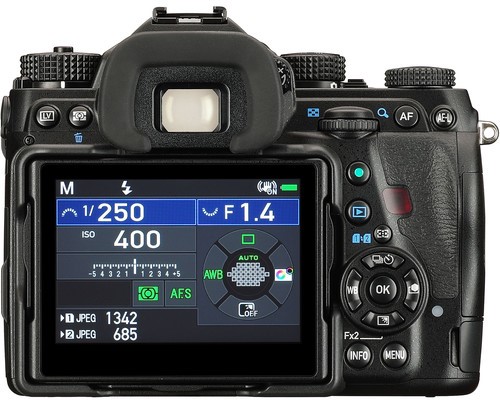 Obviously, the best spec on the Pentax K-1 Mark II is its sensor, which is a whopping 36.4MP full-frame CMOS.

But,I believe that one of the best Pentax K-1 Mark II specs is its incredible ISO range which has essentially never been seen before on a camera this cheap. The ISO range is 100 to 819,200 (and yes, you read that correctly). For hobby photographers who may be used to shooting with a camera that features a high ISO of 25,600, this seems too good to be true. 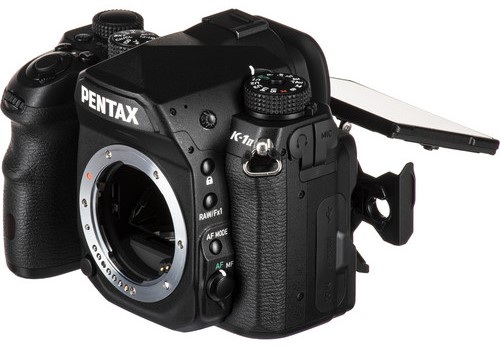 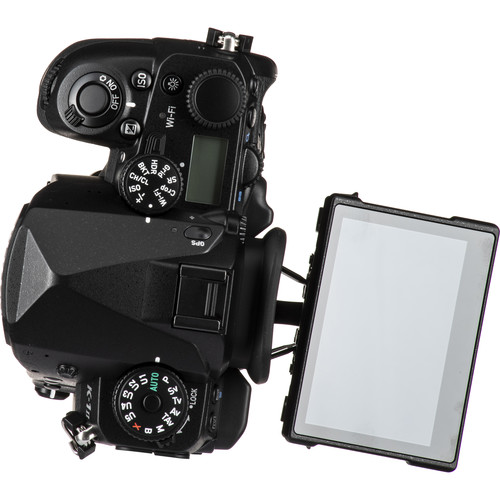 I briefly mentioned the fact that the Pentax K-1 Mark II looks like a throwback camera earlier in the article. It also feels very vintage. The Pentax K-1 Mark II build is obviously based on some antique Pentax cameras. It’s also clunky at 2.22 lbs, so it feels like one as well.

I don’t mind a camera that feels bigger because I know it can handle anything I throw at it, but for someone who wants a lighter camera, this won’t be the camera for you.

The camera is made of magnesium alloy and is weather-sealed. 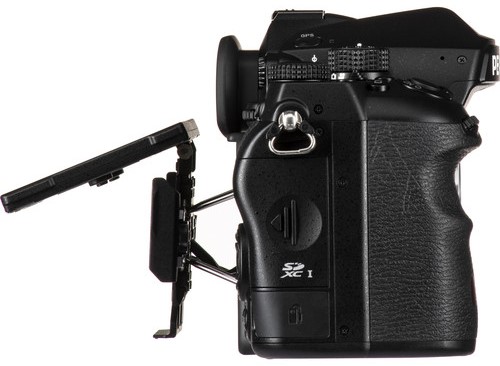 One of the odder mechanisms on the Pentax K-1 Mark II is its screen. The vari-angle screen on this camera is identical to the one found on the original K-1. Pentax calls it a “cross-tilt” screen, which essentially means the screen can pop out of the camera and move at all sorts of odd angles. I personally do not understand the benefits of having a screen like this, but it does work incredibly well.

This camera does come with a top LCD, although I should note that it is smaller, which means I found myself using the rear screen more often, which in turn meant that I had to charge my camera more frequently. 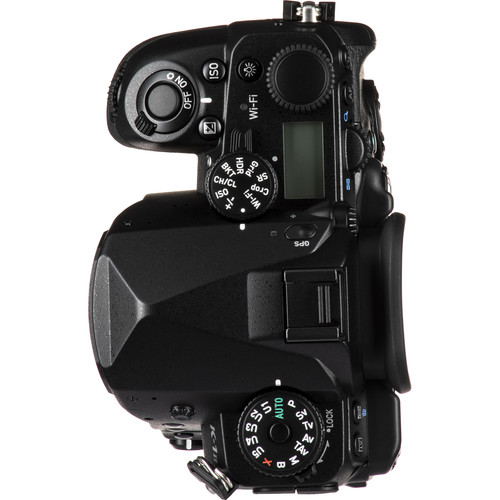 When it comes to the Pentax K-1 Mark II handling, those who have previously worked with the original K-1 again have the upper hand. Both cameras use the same menus.

This menu has five different tabs that allow you to change features of stills, playback, setup, movies and custom settings. It definitely isn’t an easy menu you can expect to understand right out of the box, but after playing around with it for a few minutes, you will begin to understand some of the hidden superpowers in this menu.

Still, one of my favorite parts of the handling of this camera is its customizable multi-function top dial. So, all in all, the camera comes with three different dials but one of them is completely customizable. 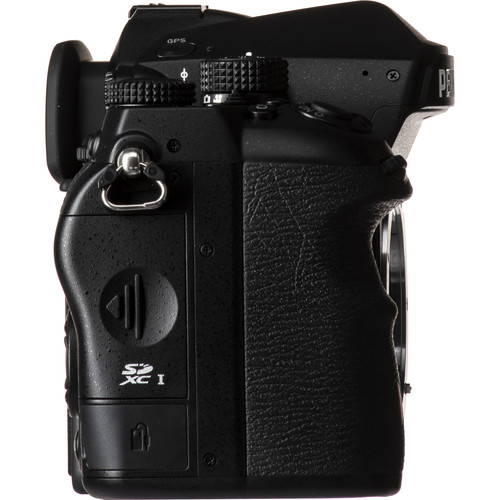 Unfortunately, the rest of the camera isn’t exactly built for customization. There are definitely other DSLRs in the same price bracket that are more customizable if this is what you’re looking for.

But, the Pentax K-1 Mark II will let you customize the Green Button and the two control dials that I previously mentioned.

In terms of battery life, the Pentax K-1 Mark II can take 670-shots before it needs to be recharged, but if you use the rear screen less often, then you can greatly increase this number. However, 670-shots is still a respectable number for a camera with the capabilities that this one has.

Thank you to Oh Aces for the Pentax K-1 Mark II video performance test above.

While this camera is obviously not made for videographers, it can capture HD video at up to 30p, and all of the shots you do take will at the very least be stable because of the in-body image stabilization system I talked about earlier.

For anyone who has worked with the original K-1, the video on the Mark II will be identical. That means there is no phase detect AF during video, and focus peaking is available but you can’t use it after you’ve already begun recording.

The camera does come with a mic and headphone input, which is nice, but without 4K video capabilities, this camera still has a long way to go to get any serious videographers enthused about it. 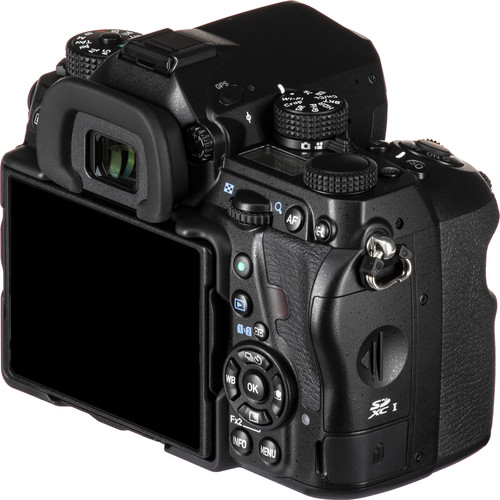 As with any older camera, it’s always smartest to buy them used to save yourself money that you could use on an extra lens or battery.

The Pentax K-1 Mark II price on MPB, which is the used camera retailer we use the most often, is just $1,400.

So, you are essentially saving $300 on the Pentax K-1 Mark II original packaging.

I purchase most of my used cameras off of MPB for this exact reason. I know that if a camera is rated as being in “like new condition,” that I can expect it to show up at my front door that way. This is because MPB employs a slew of photographers and videographers who do all of the purchasing and rating of old camera equipment.

They write pretty extensive reviews on the condition of each camera, provide the shutter count, and tell you what additional pieces will come with the version of the camera that you’re looking at. So, if you need a camera in its original packaging, you can find it.

Plus, since very few photographers have a ton of money coming in at the moment, saving even just a little bit of money on your backend will help to ensure that you can keep pursuing this passion for years to come.

You can learn more about why MPB is one of our favorite used camera retailers in the learn more link below.