Composition Mistakes Every Photographer Should Avoid 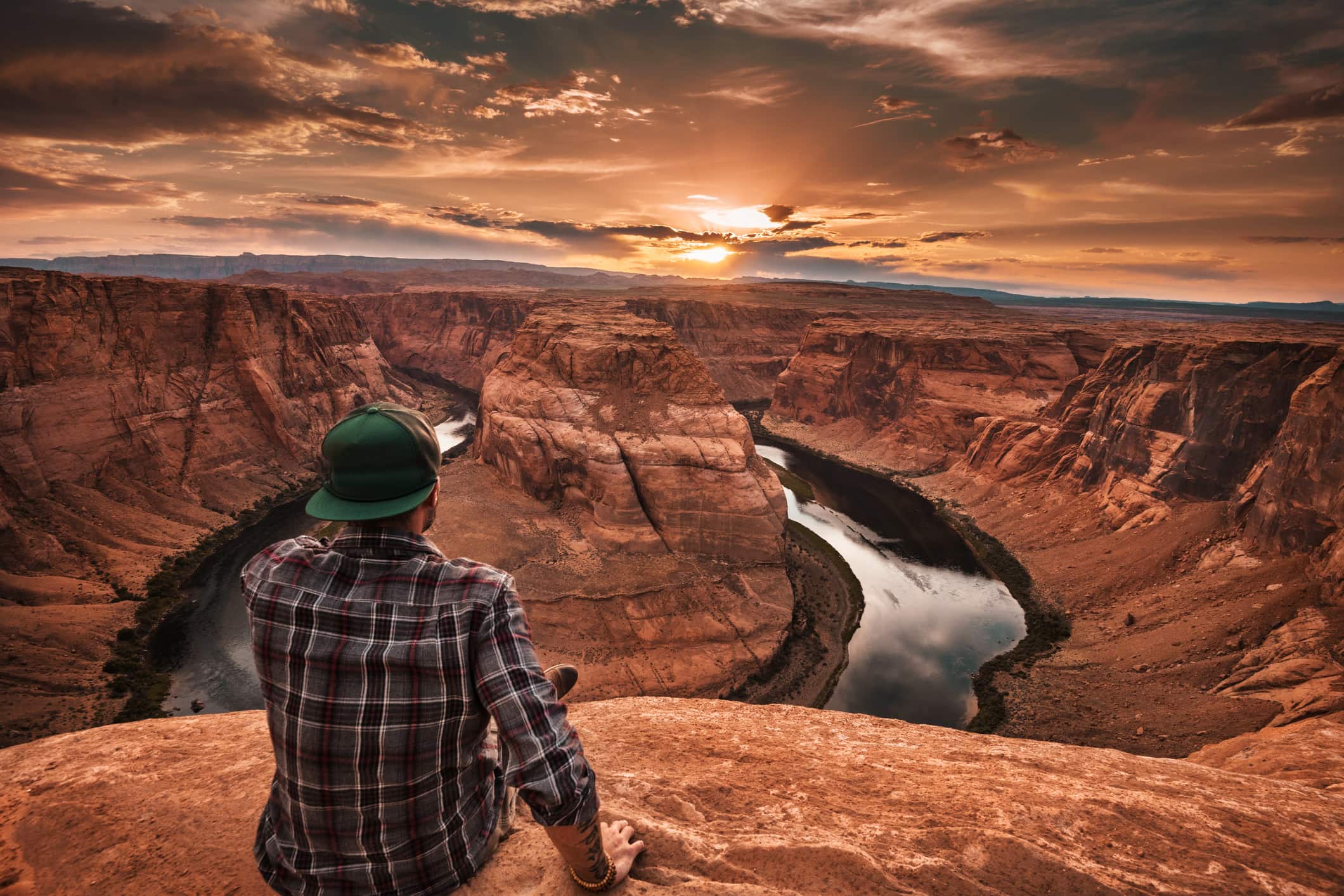 It's inevitable that you will make mistakes with your photos.

We all do it; even professionals that have been behind the lens for decades make critical mistakes.

Naturally, our task is to try to minimize those problems...

In the video above, Evan Ranft offers up his take on a few photography composition mistakes each of us should avoid.

He illustrates each point by showing one of his photos with the mistake, and then another after he'd corrected the mistake.

If you're a visual learner, the video is awesomely informative. If you prefer to have written instructions, I've got them for you below. 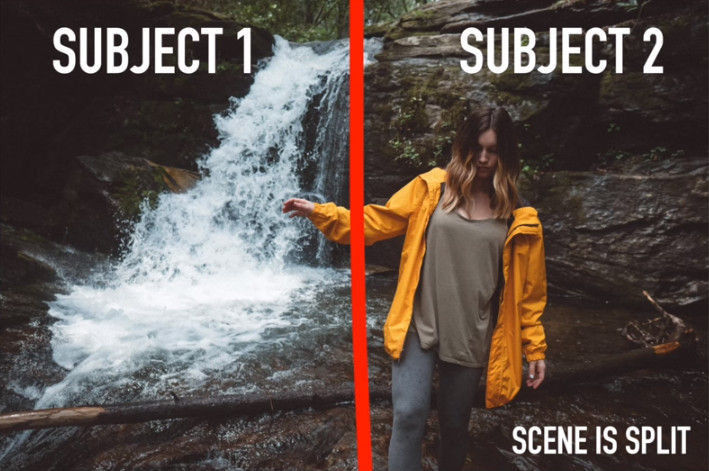 Basically, a double subject happens when you've got a person in the shot, but there's also another strong element in the photo.

That's a mistake because that second subject, like the waterfall behind the woman in the screenshot above, competes for your attention. 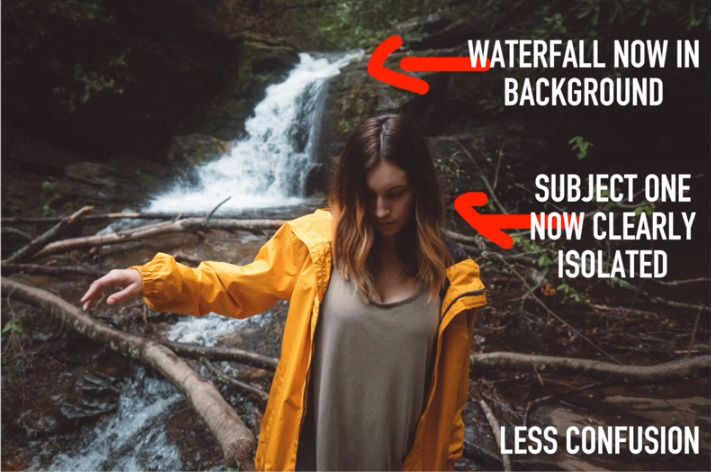 All you need to do to correct for this mistake is to put some distance between the subjects.

As you can see in the screenshot above, the primary subject - the woman - is isolated in the foreground of the shot, making her the focus of the image.

The second subject - the waterfall - is now clearly secondary because it's a greater distance behind the woman.

Editor's Tip: Create even more separation between two subjects by opening the aperture and reducing the depth of field to add some blurriness to the secondary subject while keeping the primary subject nice and sharp. Learn how to do that here.

Mistake #2: The Look Out 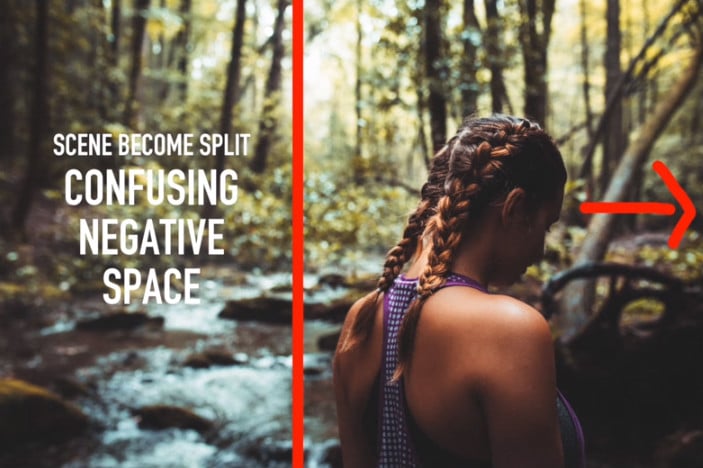 Closely related to double subjecting is another common mistake - having the subject look out of the frame..

In the screenshot above, you can see how the image was framed incorrectly because the model is crammed into the right side of the shot with nowhere to look.

As a consequence, the image is split right down the middle, with negative space behind the model that doesn't really serve any purpose. 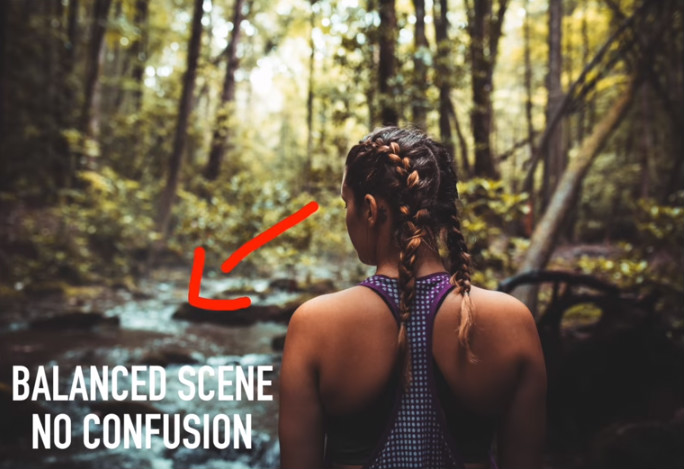 The solution to this problem is quite simple - turn the model around!

Now, as you can see, the model not only has room in the frame in which to look, but she also has something to look at - the river.

The negative space to the model's left is no longer confusing, and serves as the focus of her gaze.

That, in turn, means that our eyes move from looking at her and then following her eyes to the river, which makes this photo a cohesive whole. 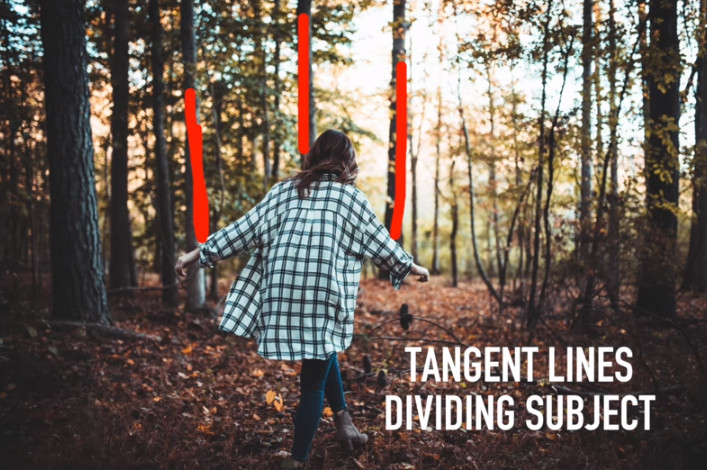 Perhaps the most subtle mistake of all is having tangent lines in the background of the shot that cause visual confusion.

As you can see in the image above, it's really a pretty nice image to look at.

But when you look closer, you begin to see all the lines created by the tree trunks that appear to go right through the model. 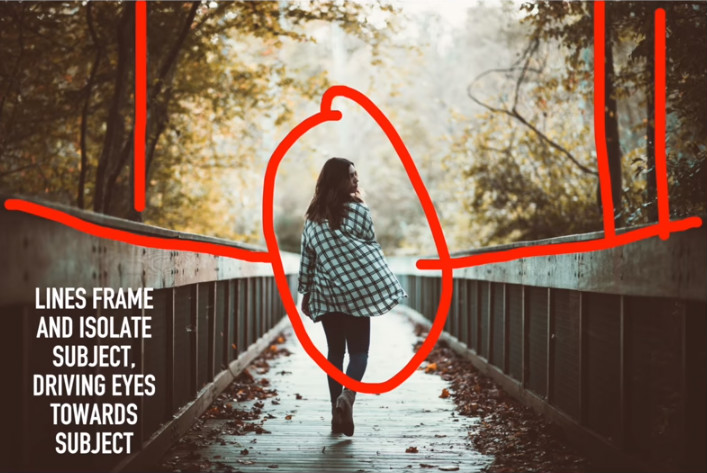 But by finding a setting in which there are no lines behind the subject, you get a much more powerful composition.

As you can see above, this shot has the same vibe as the first, but with the addition of the leading lines created by the bridge, our eyes have no trouble finding the subject.

Editor's Tip: Another element in the photo above that makes it a stronger composition is the way that the vertical lines created by the trees help frame the shot and restrict our view on the subject. Learn how to use frames within frames by clicking here. 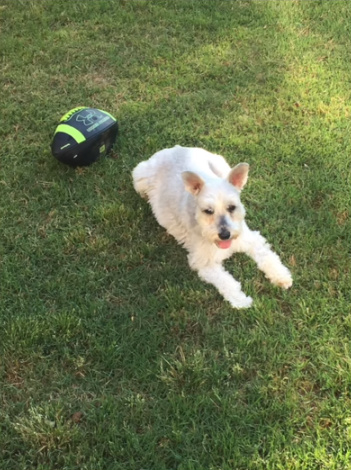 This one might be more a state of mind than a mistake, but just the same, every photographer is lazy with their compositions at one point or another.

A great example of this is when you take a photo of something below your eye level, like the dog in the photo above, but you do so standing up straight.

As you can see, this creates an awkward angle of view looking steeply down onto the subject. The result is a pretty lame photo. 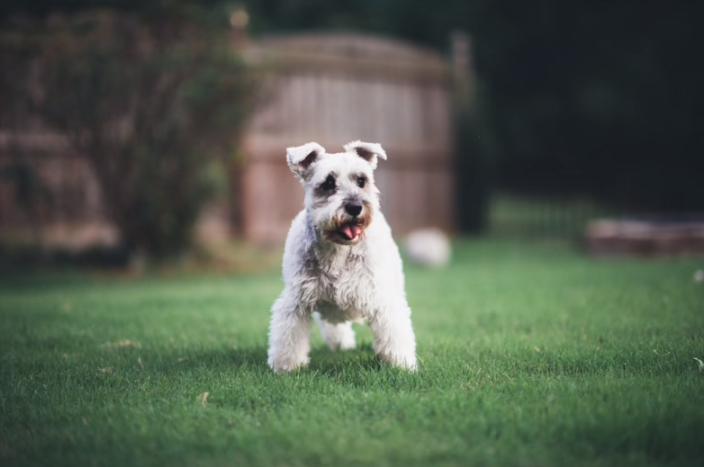 But if you quit being lazy and get down on the subject's level, you can create a much more compelling photo, like the one above.

Now we get to see the world from the dog's point of view, not to mention the fact that the blurry background of the yard scene is a much more pleasing background than the grass provided in the first shot.

And the best part? Correcting this mistake literally took a handful of seconds to squat down for a better shooting angle.

Actually, each of these four mistakes can be easily corrected with a little practice. That said, grab your camera, head out, and start working on minimizing your photography composition mistakes! 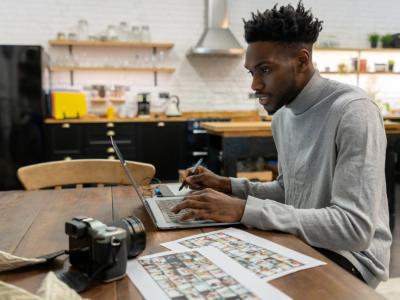