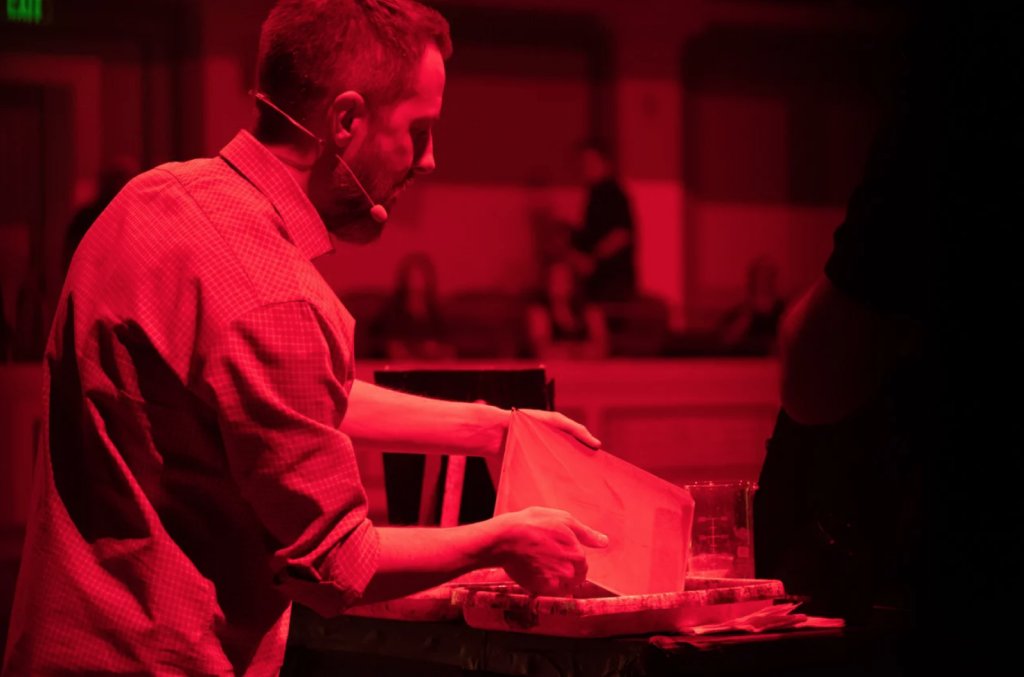 When artists are allowed to live out their art, it can be a magical experience. That's what the crowd gathered at the STORY conference in Tennessee experienced last month when Blake Wylie, an incredible tintype photographer, turned the entire symphony hall into a darkroom for one intimate portrait of a cellist.

Wylie, who specializes in tintype portraits, worked the STORY conference in previous years, photographing the speakers, artists and VIP guests.

But, the flip got switched on Wylie this year when the STORY event coordinators (thanks in large part to a half-baked Tweet) invited him to speak. 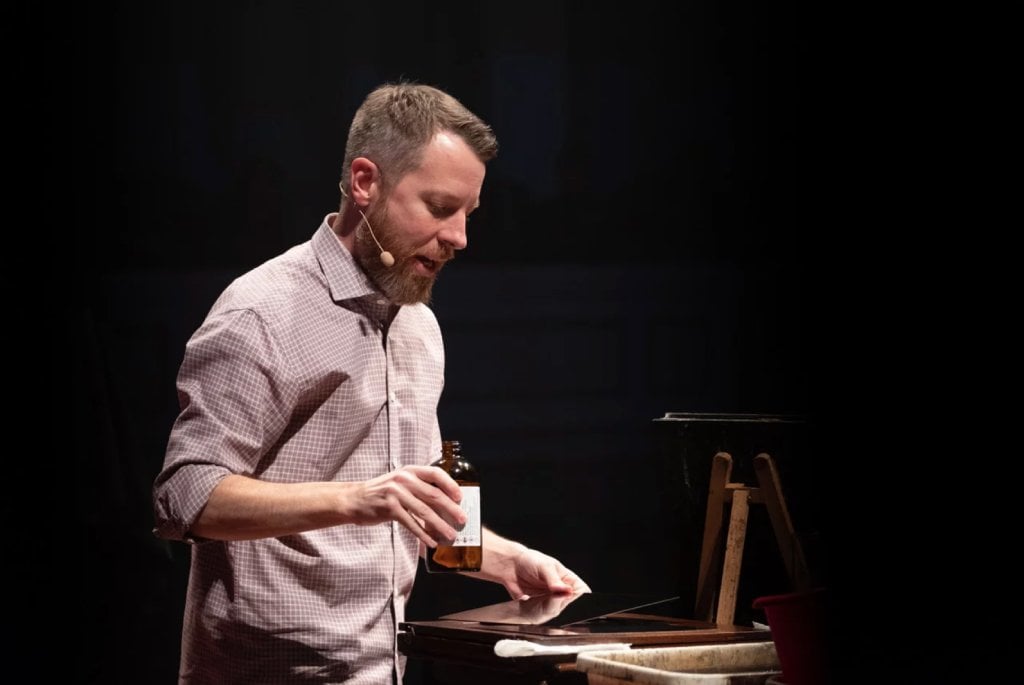 Wylie, of course, was worried it wouldn't work. The symphony hall held 1,400. How do you ensure a space that large will firstly create enough light to take the photograph in the first place, and secondly remain dark enough to develop that photo.

"The planned shoot was going to be of a live musician who would be performing on an open stage," Wylie explained on his blog. "I normally shoot with strobes in rooms where the ceiling and walls are close. I get more light from some of the bounce. I also have the luxury of ensuring the subject is, for the most part, sitting still when I expose the plate." 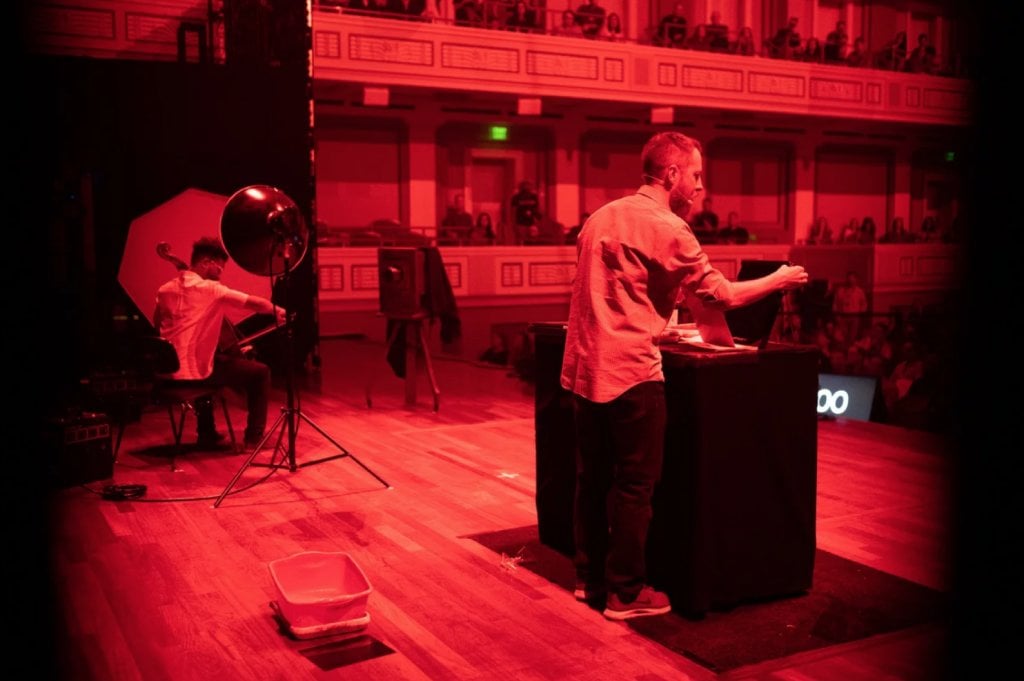 The Story conference, thankfully, is well equipped with a staff of incredible lighting and video professionals.

"We worked through the timing of dimming the house lights, bringing up all red, and ensuring that no external sunlight was going to make its way in."

For those who have worked in wet plate photography before, you know you need an ISO of under 5. So, theoretically, if Wylie could keep all of the sunlight out, his crazy plan should work.

He was still nervous, though. 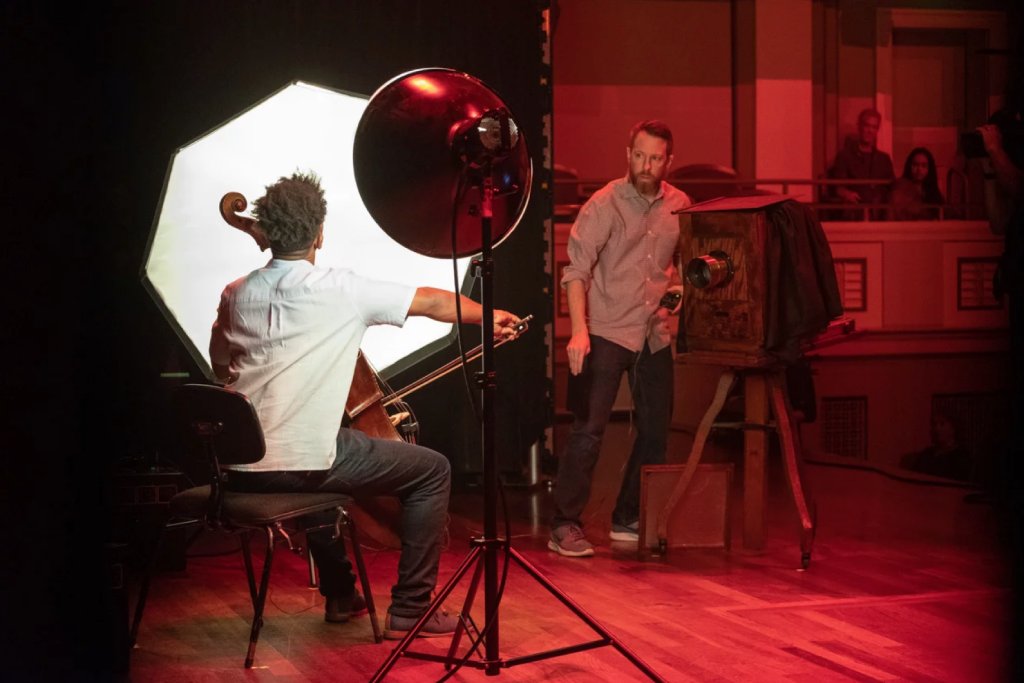 "You could feel the anticipation from the audience," Wylie said. "Would it work? It felt really great when the plate appeared through the fix, and the crowd loved it. Even more of a surprise to everyone was that it was done as a triple exposure."

To check out Wylie's final print, head on over to his website.

Many thanks to Ashel Parsons, who made the photographs behind this story possible. Feel free to follow her on Instagram for more coverage of all things groundbreaking.

All photos by Ashel Parsons, used with permission. 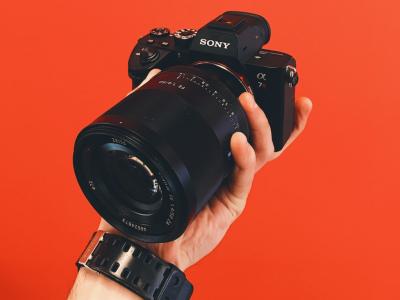