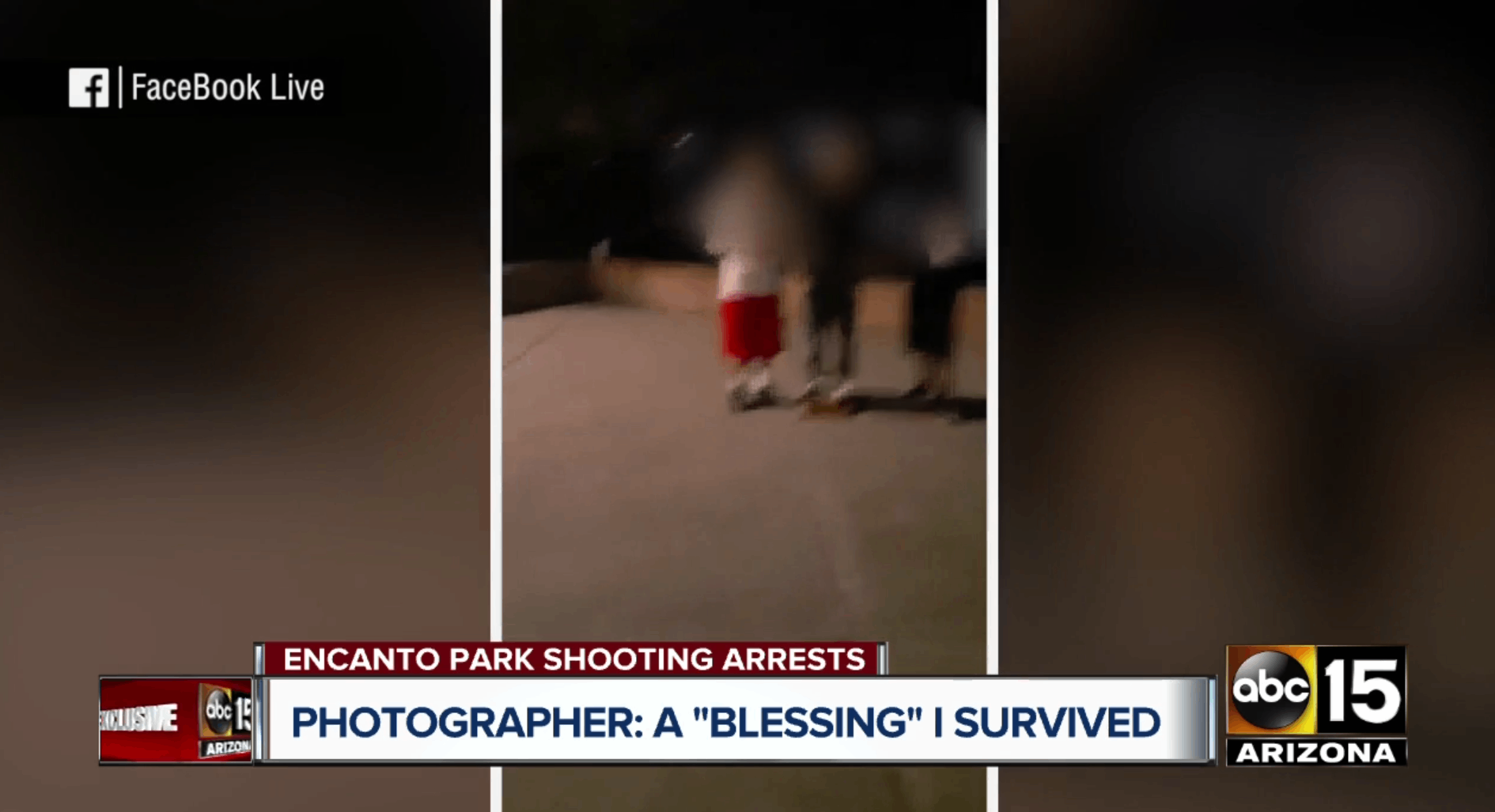 A Phoenix photographer is recovering after a savage attack in a local park.

Last month, the unnamed photographer was in Encanto Park in Phoenix taking photos of the park's lake.

Three teens approached him and asked that he take their photo. He initially told them that he charges $20 for photos, but then agreed to take their portrait for free.

After he took the photo, he heard the group of teens use a racial slur. "My man, you can't say the N-word," he responded. "You're not black."

Then, while he live-streamed the entire thing on Facebook Live, two of the teens pulled out guns and shot him 9 times. Excerpts of the video can be seen below. Warning: it is graphic.

Although he was critically injured in the attack, the man was able to call 911.

Fortunately, he is expected to make a full recovery.

The teens in question left the man to die in the park. They also left his camera and his memory cards untouched.

The photos he took of their faces helped police to find the three suspects, two of which still had guns on their person at the time of their arrest.

When asked what he would say to the youths that shot him, he responded, "I would just ask them why? Why they did it? I was nothing but nice to them."