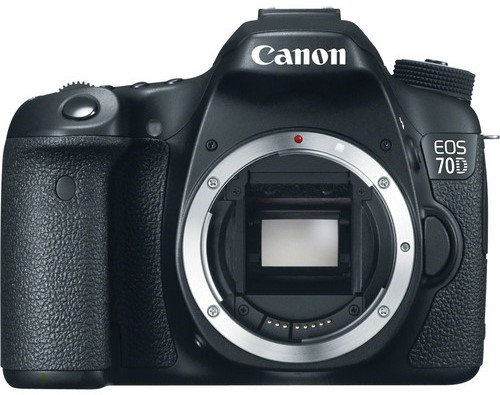 The Canon EOS 70D came out in 2013, which means it is now 7 years old and has been considered outdated for probably 5 of those years. But, the Canon EOS 70D is still a pretty great camera and since we are all trying to save as much money as possible right now, I think we need to have another conversation about this camera body.

The Canon EOS 70D is mid-range SLR that was originally created for photographers at the enthusiast level, which means that even when it came out it wasn’t designed for professionals.

Still, Canon was one of the leaders of CMOS image sensor technology during this era, which means that it was still highly coveted.

Now, 7 years later, you shouldn’t expect any of the newest technology on the Canon EOS 70D. It can’t shoot 4K video. It doesn’t have the largest sensor or the fastest burst mode, but for the price, this is an incredible camera for someone looking to get used to shooting on an enthusiast-level body.

Read the rest of this Canon EOS 70D review to learn more. 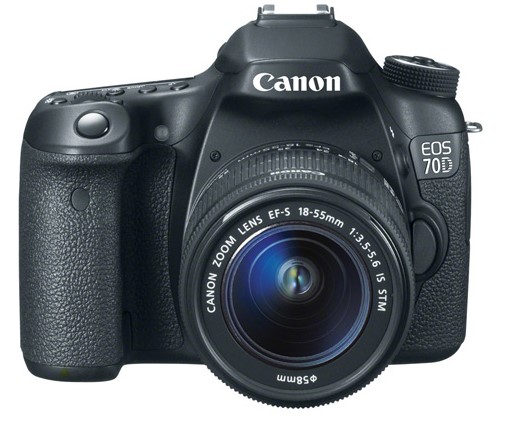 The Canon EOS 70D is a mid-range DSLR with a 20MP sensor. It’s built much like the rest of the Canon EOS line, which means it’s sturdy enough for photographers who are new to the craft of photography (I’d be lying if I said I never dropped a camera before).

It also has some great specs that I appreciate in my current professional camera. For instance, it comes with a fully articulating touchscreen. 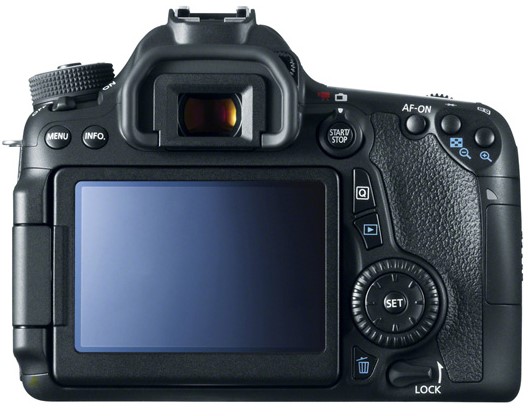 The body is made of mostly plastic. Nearly all of the buttons on this camera only serve one function, which is helpful for older, less technologically savvy shooters.

Canon claims that the Canon EOS 70D build includes weather sealing, although not to a very high degree, so I wouldn’t really consider this when choosing whether you want to purchase this camera.

The design of the Canon EOS 70D was also improved because it came with a touchscreen, which lessened the problem a lot of photographers had with difficult buttons on earlier models.

Importantly, this camera body also works with a crazy number of different lenses. I would guess the number is somewhere between 200-300.

The Canon EOS 70D features a fully-articulating touchscreen, which is one of my favorite specs on any camera.

As for the Canon EOS 70D handling, this camera definitely feels nice sitting in your hand. It is a little chunky, like the rest of the cameras from the line, but I appreciate a solidly sized grip. The one problem with its handling is that it can be difficult to move the focus point via the multi-controller because it’s just a little too low for your thumb to comfortably reach.

The viewfinder comes with a switchable grid line overlay and an electronic level, which allows you to always keep your images straight. This is an especially helpful feature for landscape photographers.

Thank you to Blunty for the Canon EOS 70D video performance test above.

Now, obviously videographers in 2020 are not flocking to the Canon EOS 70D. It’s wildly out of date in terms of modern video technology.

But, for a beginner or enthusiast photographer who is purchasing the Canon EOS 70D for its photography capabilities who is simply interested in its video performance, this part of the review is for you.

You can manually control your exposure while shooting video.

This camera comes with a 3.5mm stereo mic jack, although you will not be able to use headphones to monitor your audio because it does not come with a headphone jack, which is another strike for serious videographers.

You can record clips up to 29 minutes and 59 seconds in length. One of the strengths of the videography capabilities of this camera is that it is pretty good at focus tracking. Face Detect and Tracking works, although it isn’t always incredibly smooth.

For a full breakdown, watch the video test above.

Obviously, the Canon EOS 70D has not been manufactured for a while, which means you can no longer purchase it new, but you can purchase it off of a used camera site like MPB.

MPB currently has nearly a dozen different versions of the Canon EOS 70D up for sale, beginning at just $495.

Of course, this camera is getting up there in age, but MPB only sells the highest quality cameras. Most of the versions currently up are still in excellent shape, which means they only have the slightest signs of us. 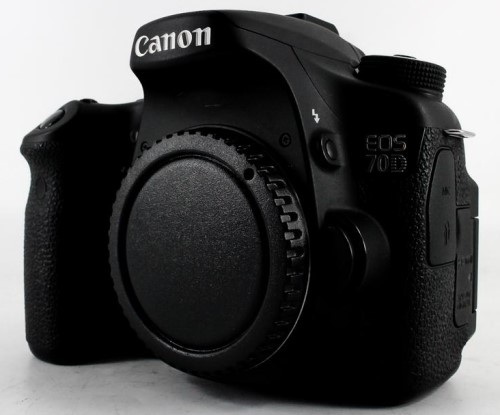 This version, for example, only has a shutter count of 10,000. Considering the Canon EOS 70D is built to last for 100,000, you could continue to shoot on it for many years to come.

I’ve talked about both buying and selling camera equipment through MPB before, and you can learn more about why I love working with them in the learn more links below, but buying my equipment used means I save hundreds of dollars on my camera bodies which is hundreds of dollars that I can instead spend on new lenses or different software for my photography business.

The Nikon D850 was an incredible camera when it debuted. But is the Nikon D850 in 2021 still a good idea? Find out in this guide!

In this Sony RX10 review, you'll learn all about the specs, features, and pricing of this nearly decade old camera and why it's still a good investment.

Not sure how to price your photography? Consult this quick photography pricing guide for some tips and advice.

There are many types of ND filters, each of which offers you different benefits. In this guide, learn the difference between soft vs hard graduated ND filters.

If you have photos that you want to print, consult this guide to learn how to turn photos into wall art that will make your photos shine.

In this guide, learn how to weatherproof your camera to protect it from rain, mist, fog, and snow on your landscape photography adventures.

Should you work for free as a photographer? Check this guide to learn some reasons why it's a good idea - and when it isn't a good idea to do so.

Learning how to take real estate photos takes time and practice. But having the right gear and the right approach helps too.

The Nikon D850 was an incredible camera when it debuted. But is the Nikon D850 in 2021 still a good idea? Find out in this guide!

An external monitor for your laptop can be a Godsend because of the extra screen space you have to multi-task. But that isn't the only benefit!