photo by vesperstock via iStock

What is Contrast in Photography? 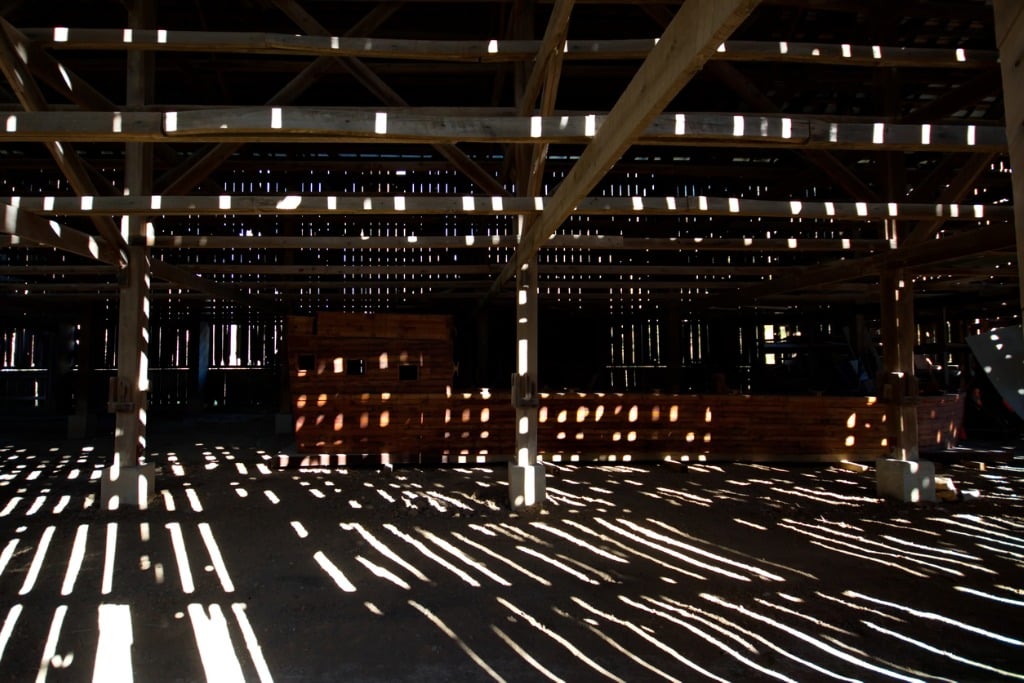 To learn how to use contrast effectively, a clear understanding of the concept is helpful. Contrast is the difference or the scale of difference of elements within a photograph. Many of us tend to think first of the contrast between light and dark or black and white. But contrast can involve other aspects, too, such as color, texture, shape, even light type or direction.

For now, let’s concentrate on black and white. Both of these shades are on the gray scale, simply on opposite ends of it. For any of you into the Zone System developed by Ansel Adams and Fred Archer, deepest black would be Zone 0 with brightest white on Zone X.

"Ansel Adams' Zone System" by Rohape is licensed under CC BY 2.0

One thing to remember about those two values is that the extremes are featureless within their boundaries. But the contrast between the two extremes can hold a shape. Such as what we see in a cameo silhouette portrait. 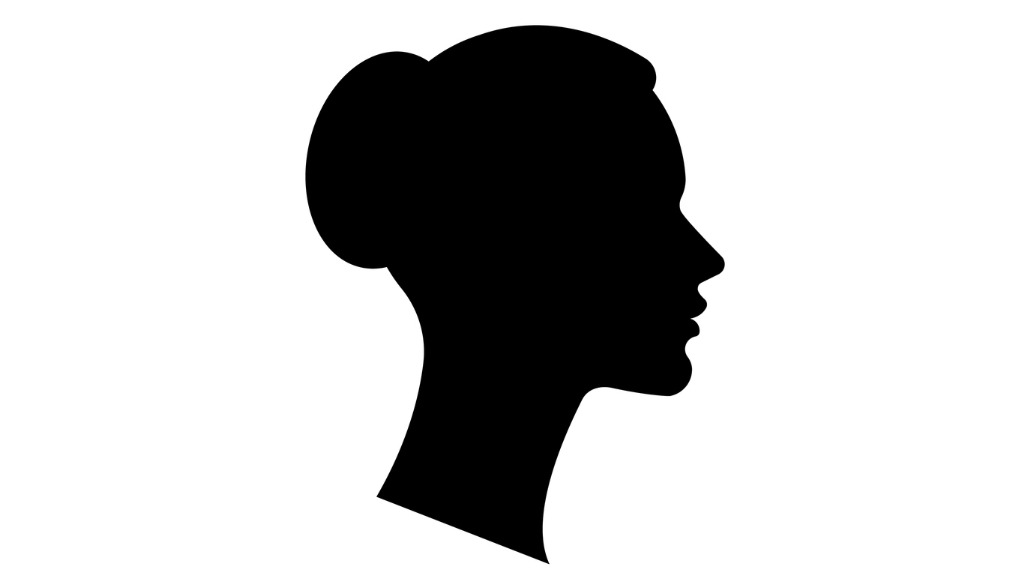 photo by Atlas Studio via iStock

There is no detail in the black, no detail in the white, but the line of demarcation between the two extremes can have as intricate a detail as we need. Creating this with a camera and processing is known as high contrast photography, though that genre is not limited to silhouettes.

For an example of low contrast photography  with this same concept of the Zone System scale, take a look at any two adjacent zones such as Zones III and IV or Zones VII and VIII. A high key portrait is often a low contrast image, simply with the exposure trending towards the higher side of normal, but with good detail in the highlights. 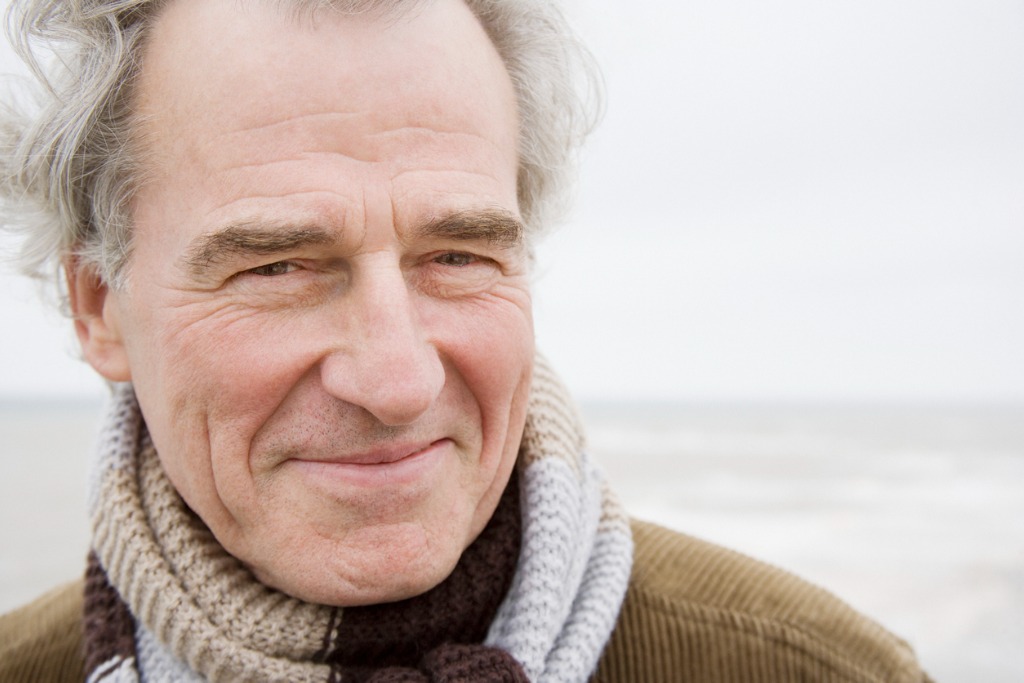 photo by OJO Images via iStock

Don’t get sidetracked with thinking you have to learn and use the Zone System for everything. It’s a valuable tool for lots of photography but we’re using it here mostly to illustrate contrast levels and how they may appear in tonal contrast photography. 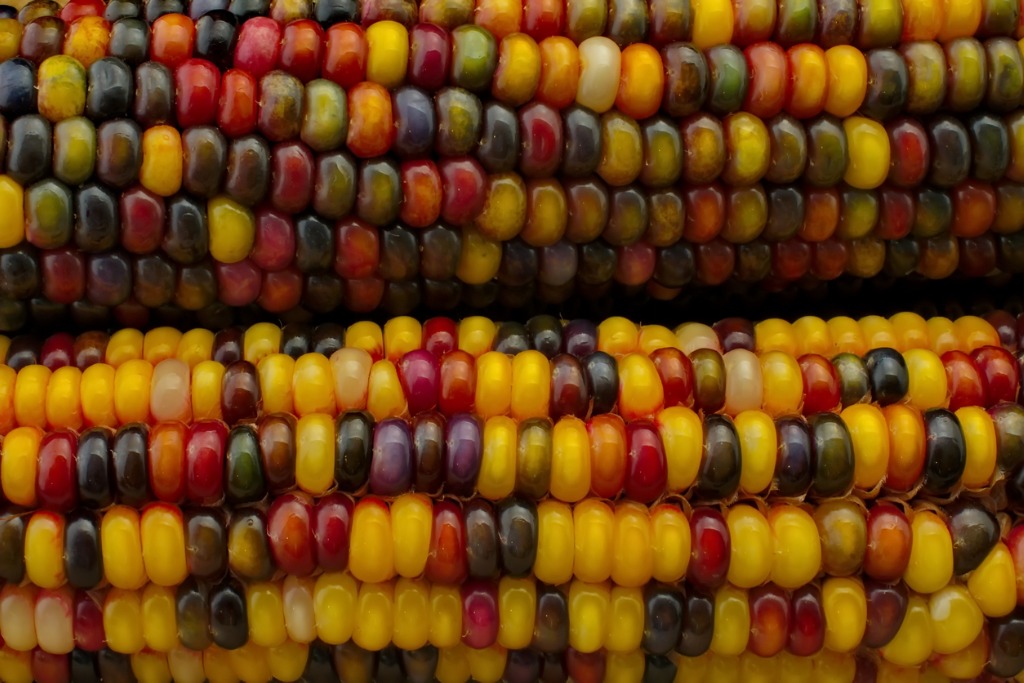 As mentioned earlier, how to use contrast in our photography is not limited to tonal values. Color contrasts are a huge tool for creating attention grabbing images or for creating subtle moods. Let’s take a look at a couple of color contrast photography examples and examine what makes them work. 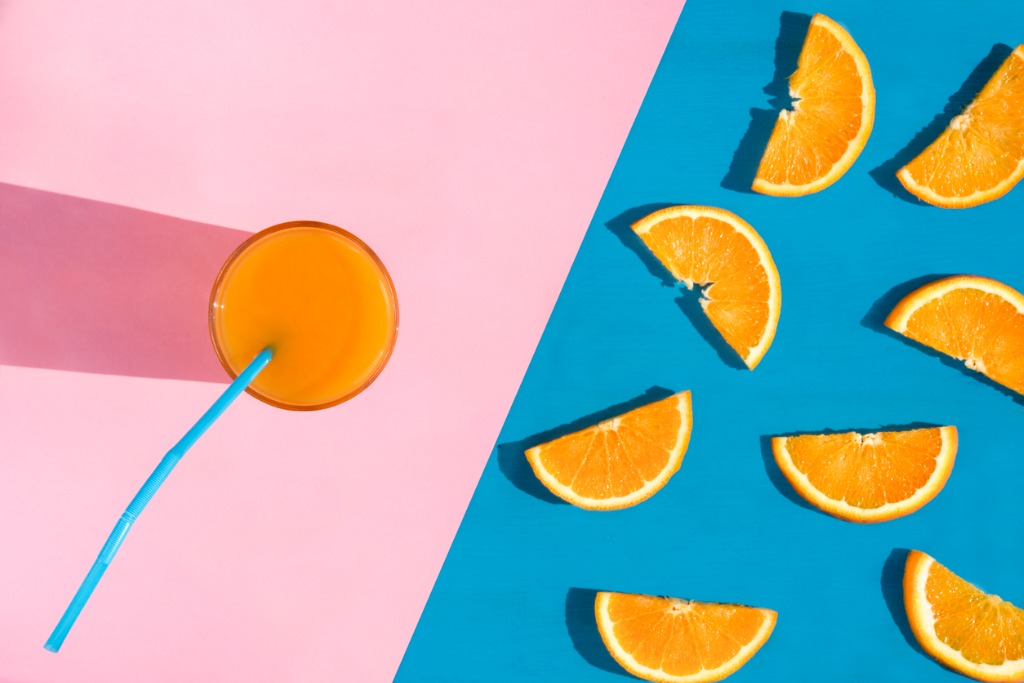 photo by Say-Cheese via iStock

The second image for this section is this product shot of complementary color art pencils: 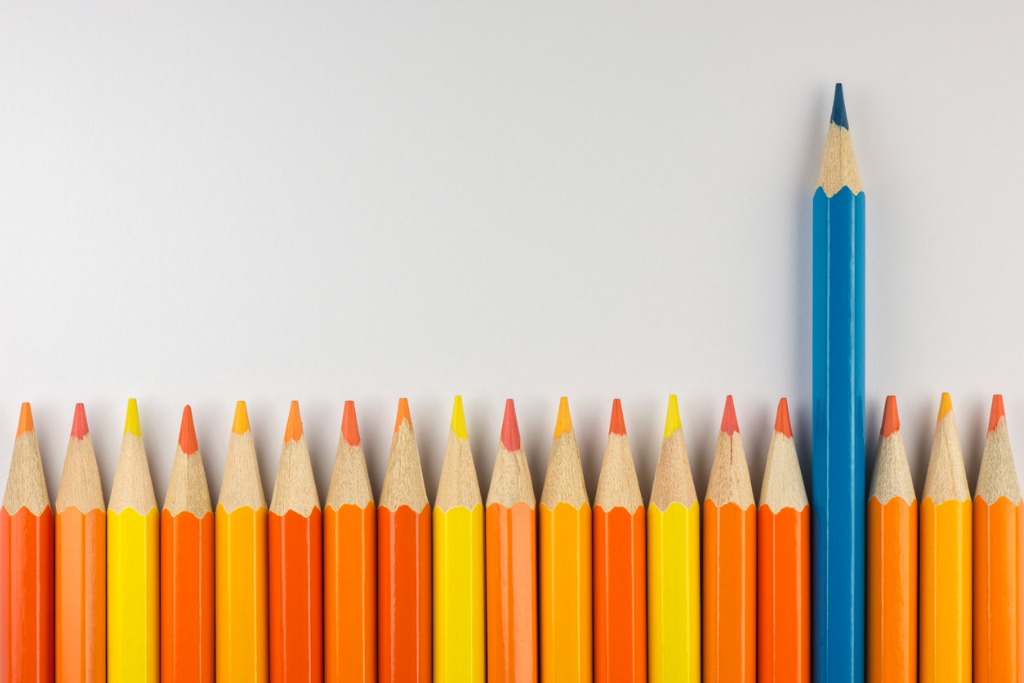 photo by Tofotografie via iStock

In both of these image styles, we see how much we can use color to raise or lower contrast levels in the final image. Besides using a singular item in one color versus a bunch of other things in another color, we can also create a whole lot of color contrast photography differences by juxtaposing warm with cool colors.

You probably already know what a color wheel is and how it tells us what colors in our ROYGBIV spectrum (Good old Mr. Roy G Biv is how I learned the colors in sequence when separated by a prism: red, orange, yellow, green, blue, indigo, violet) will work with each other as complementary or contrasting colors.

In photography, as well as illustration, textile manufacturing, and interior design, we can also group colors into either WARM or COOL colors. 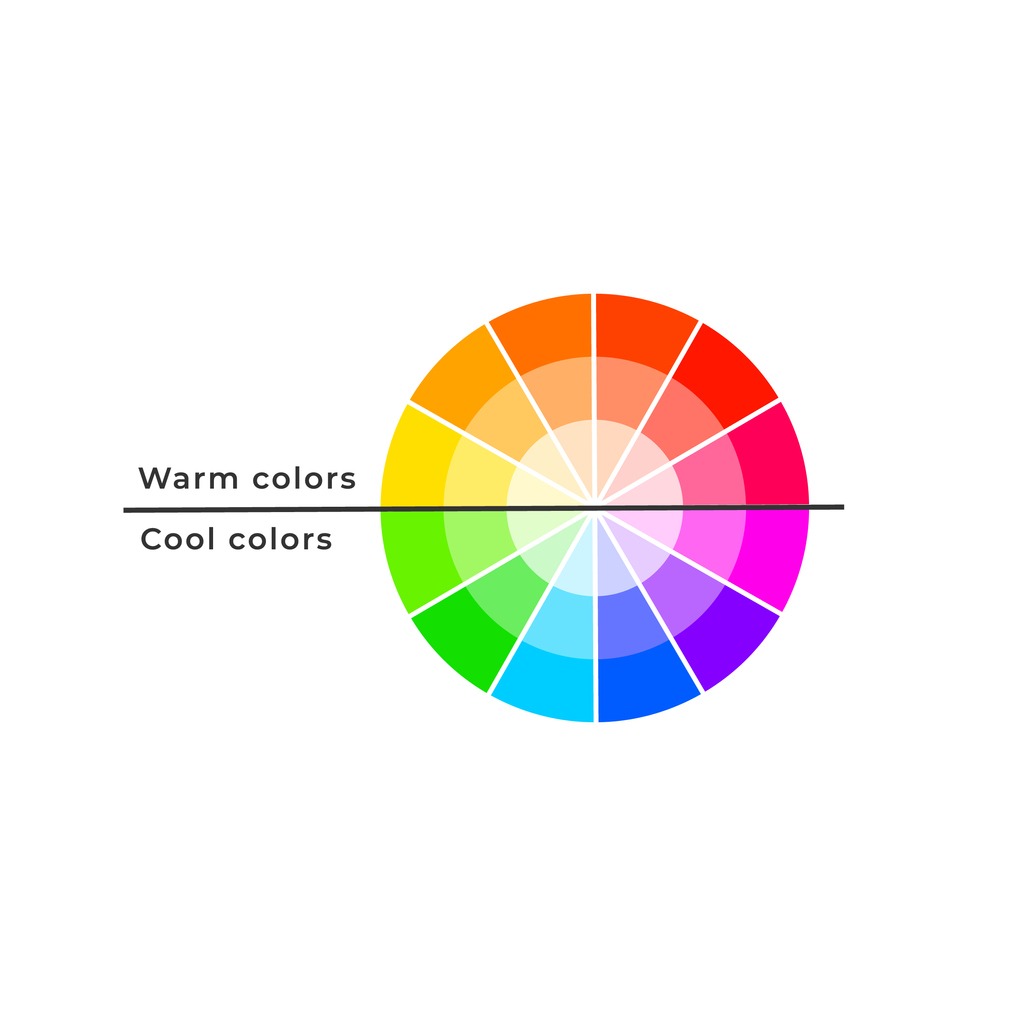 photo by oleksii arseniuk via iStock

In the image with the orange juice, the color contrast is fairly high because the colors touching each other are a warm color on a cool color. The image of the pencils has them all in the same color family and also all warm. Except for that one blue pencil of course. The blue pencil is contrasted against all the other pencils but the majority of the pencils have little color contrast change between them all.

Some more thoughts about how to use contrast are that street photography can benefit greatly from using color contrast photography such as in this scene of urban graffiti art: 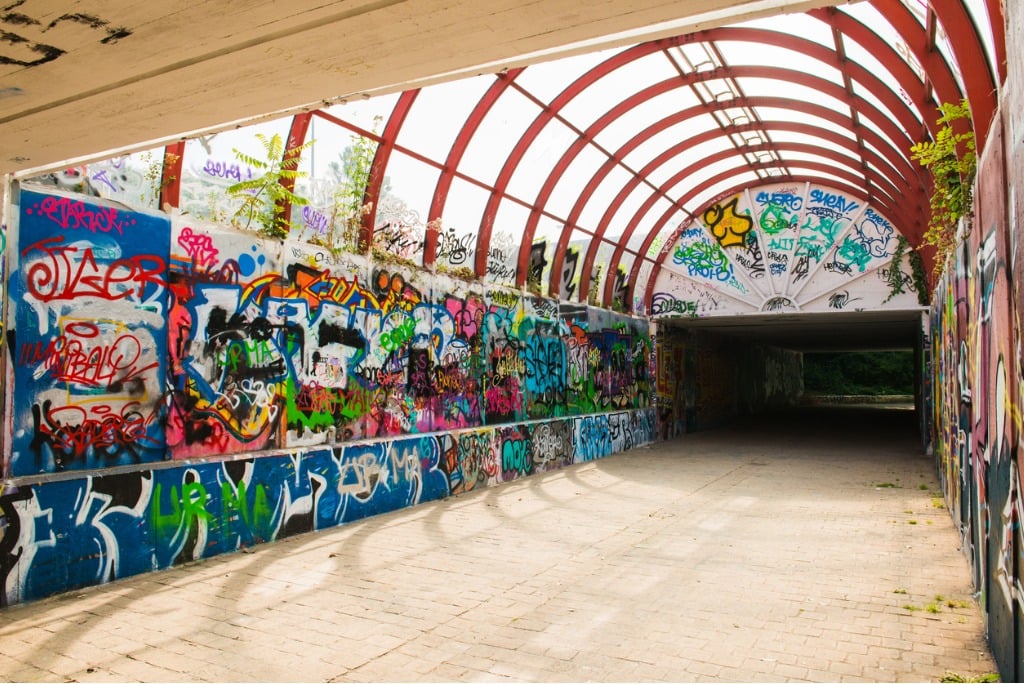 photo by jennybruxelles via iStock

Product photography and other advertising illustration photography uses this quite a bit, but can also benefit from lower  levels of color contrast as seen in these accent pillows: 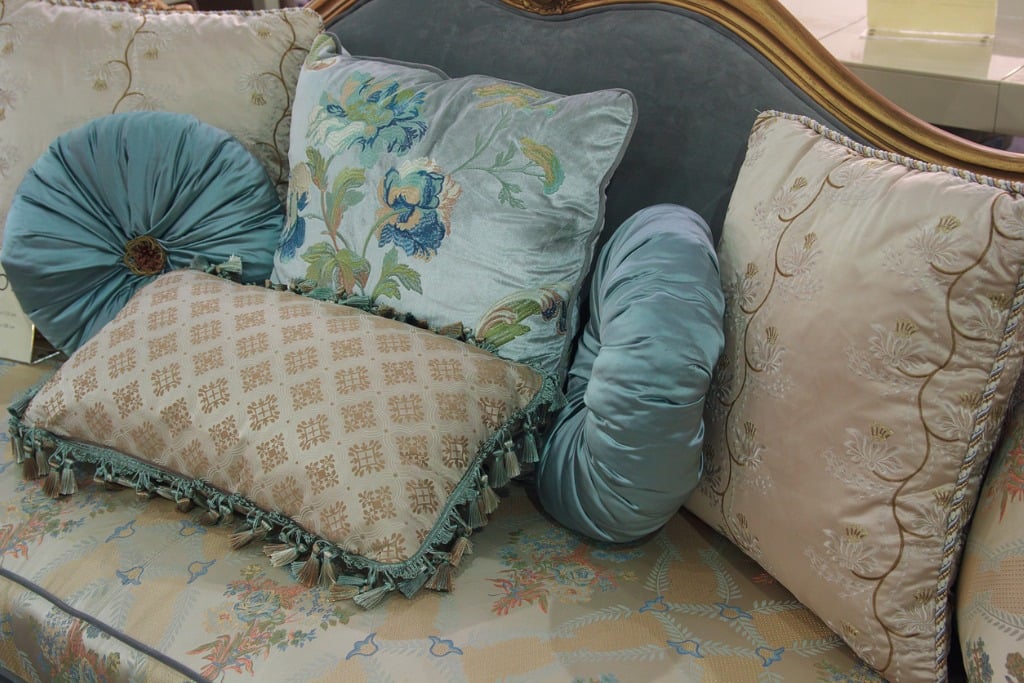 photo by DmyTo via iStock 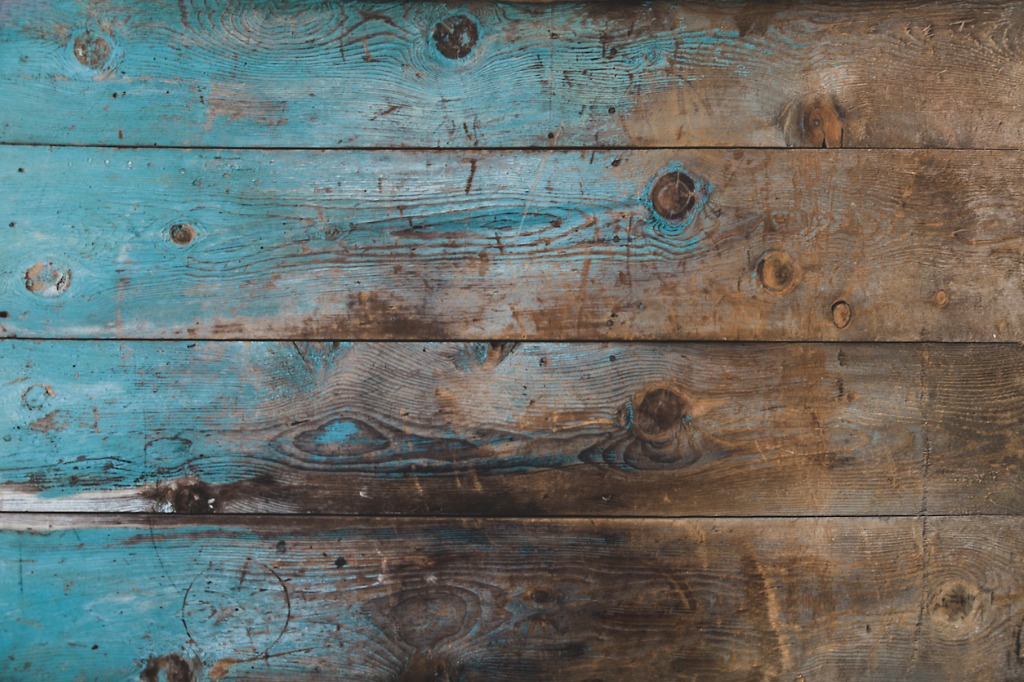 photo by ranasu via iStock

An interesting concept in portrait art, whether painted or photography, is chiaroscuro. Chiaroscuro is exemplified in Rembrandt lighting for portraits. By the way, you can use Rembrandt lighting without needing to capture that triangle of light and shadow on the face, but then we usually refer to it as with broad lighting or short lighting, depending on what side the subject has the stranger light. 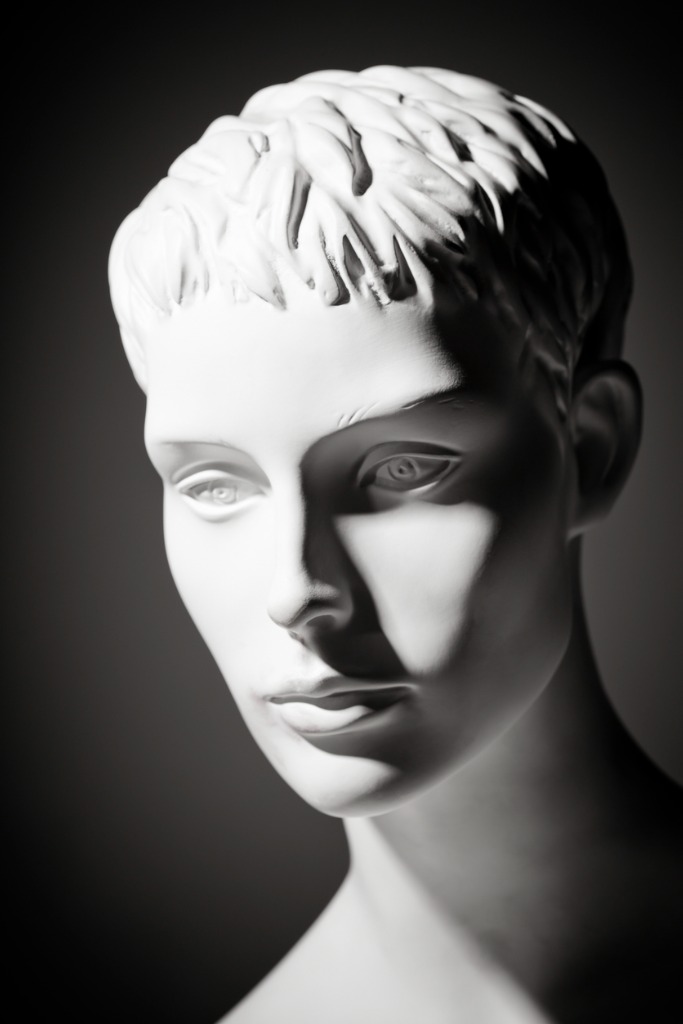 photo by mbbirdy via iStock

The image above is an extreme example to show the exact definition of Rembrandt light in practice but you can use the tool of chiaroscuro in all  manner of ways when taking portraits: 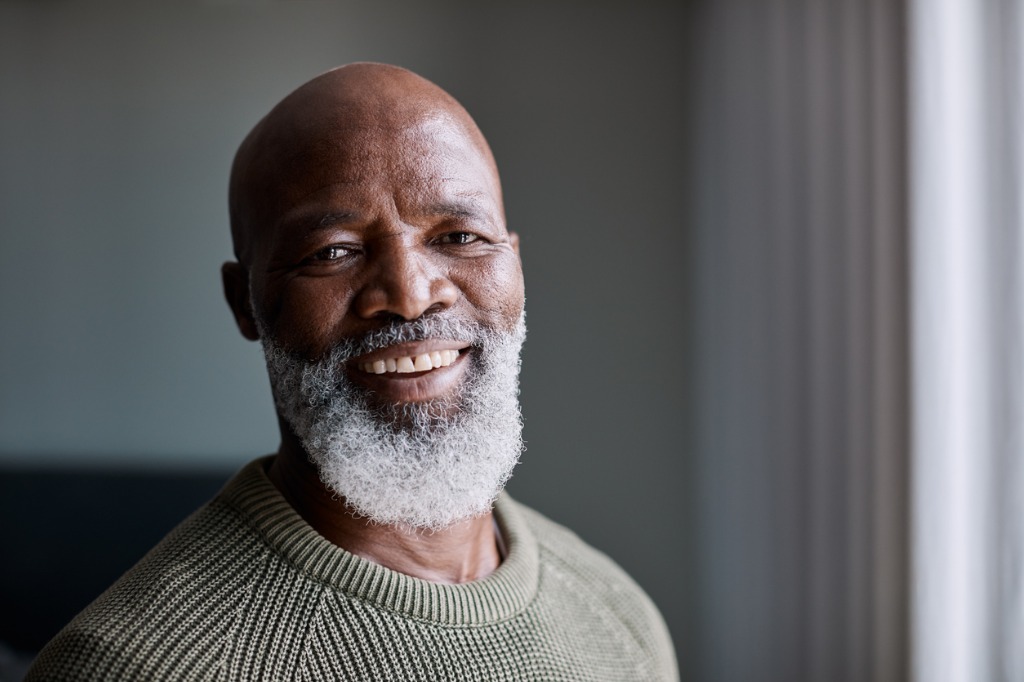 photo by kupicoo via iStock

Be careful when choosing lighting configurations for contrasty portraits. Not every subject wants to have contrasty texture showing up in their images, but for the right subject, it’s a marvelous technique.

You can also use the same type of strong lighting contrast along with color contrasts for glamour style photos. When making boudoir images, the standard is often to soften the contrasts for more flattering images, but a high contrast image is also fun and many subjects will enjoy these too. 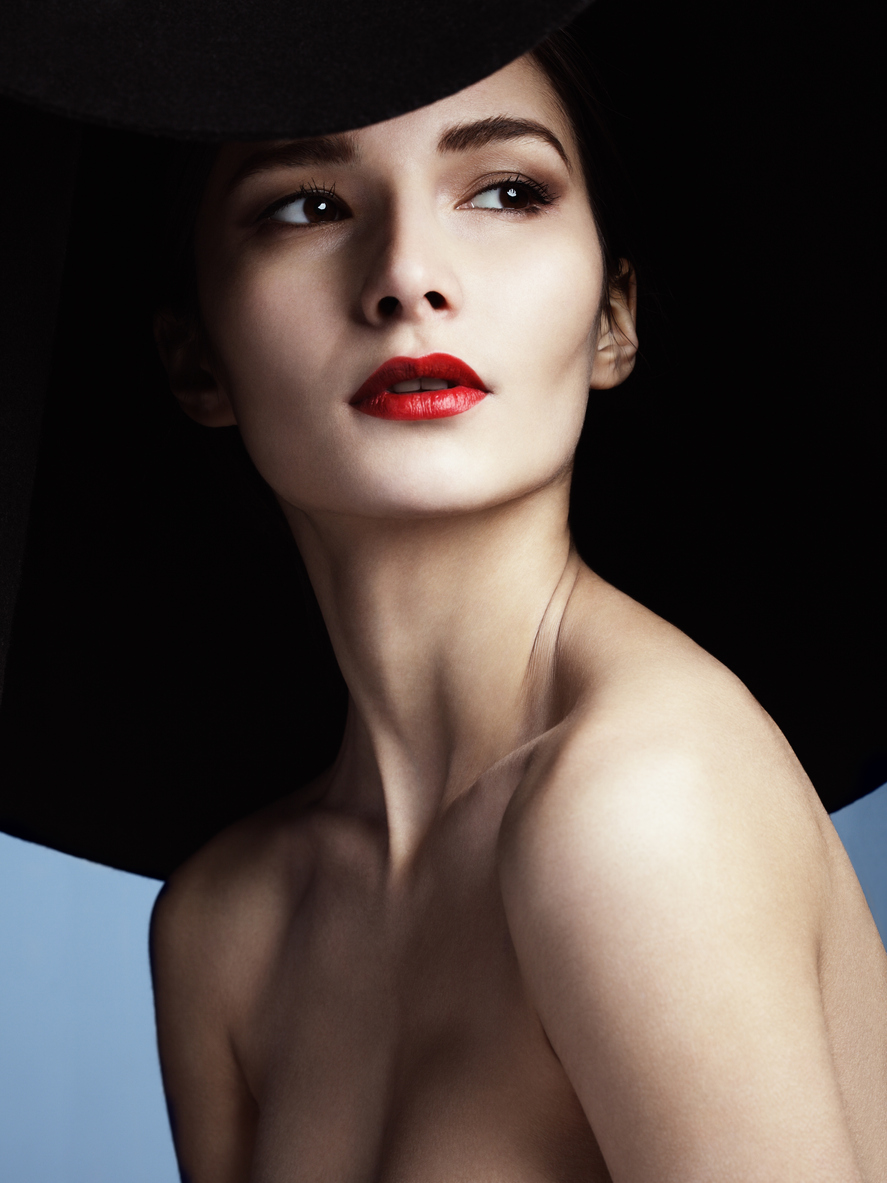 photo by lambada via iStock

Try out several styles of contrast the next time you do portraits of any style.

Contrasting Shapes and Colors in Nature 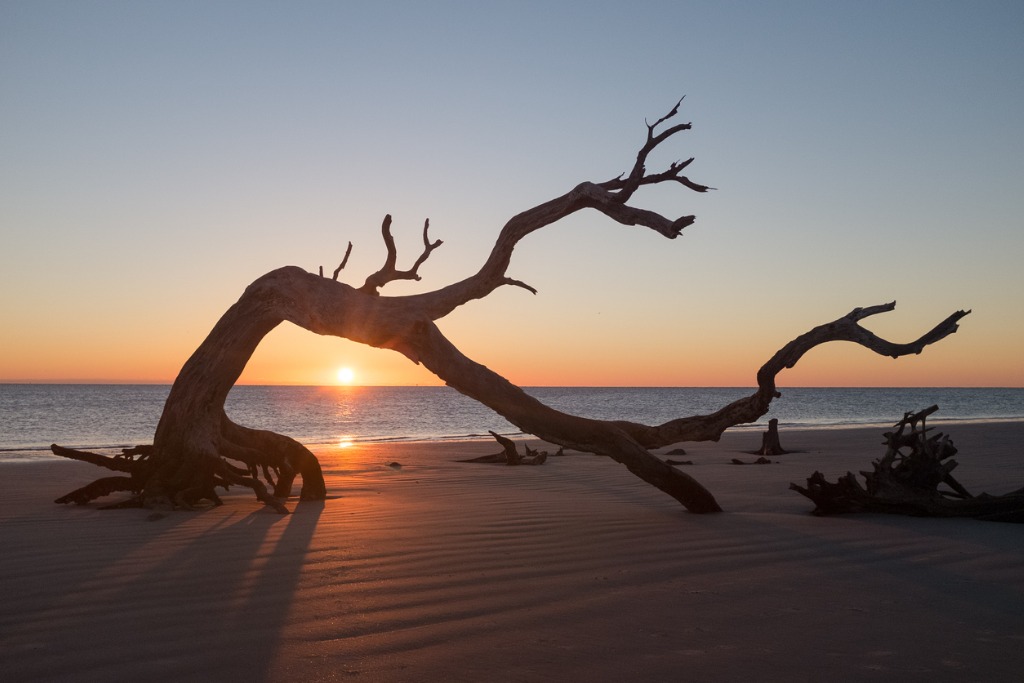 photo by sestevens via iStock

Landscapes and nature photography are another style or genre of photography in which learning how to use contrast in its various forms can improve our images. The knotty, bent, twisted, ruggedly textured piece of driftwood on a beach shown above uses contrasting shapes, the tree versus the beachline, and textures, the gnarled wood against a smooth sky.

The beautiful world of macro photography can be found in our own backyard and the color contrasts involved can be amazing. 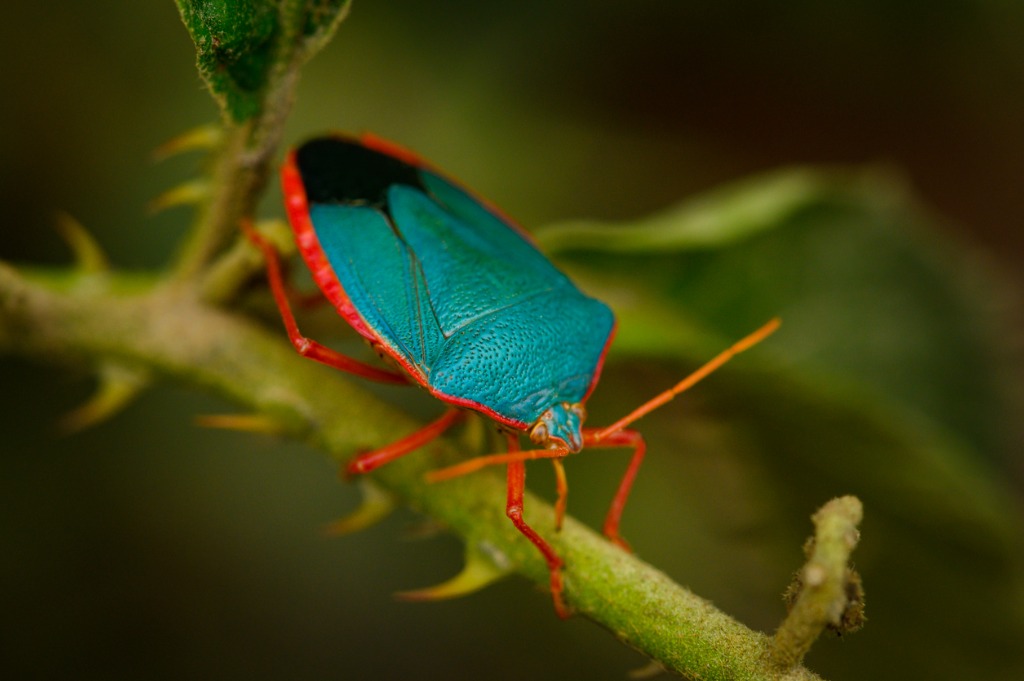 photo by stockstudioX via iStock 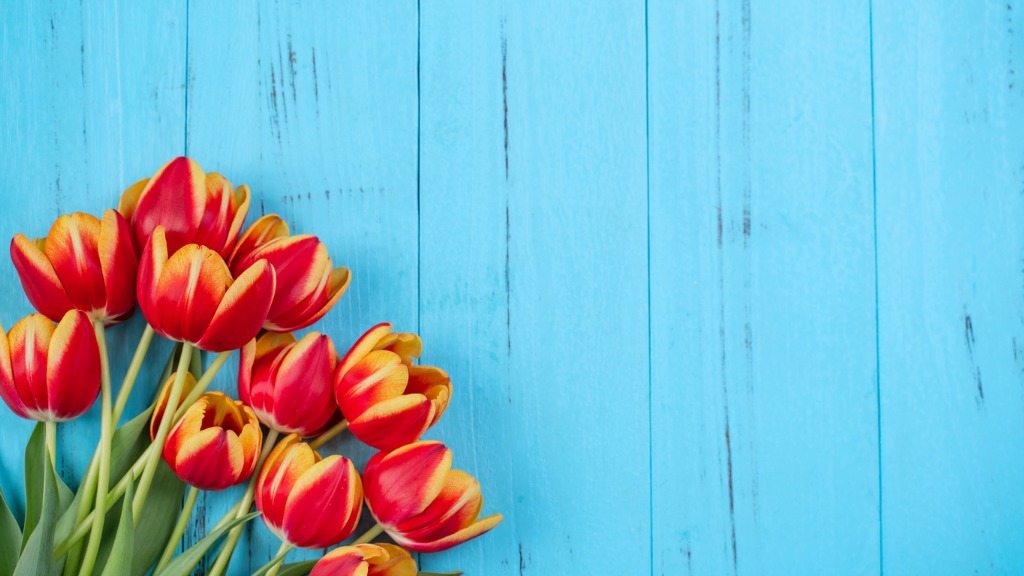 photo by insjoy via iStock

How to use contrast in photography is an interesting study and a great exercise in creatively using our skills, techniques, and methods we’ve learned.

Contrast in photography is much more involved than only thinking in terms of black and white images. We can use color, light, shape, tonal range, and several other things, together or separately, to add or reduce contrast.

Even the idea of whether to increase contrast or to minimize it is a method of how to use contrast in photography. We can vary contrast by numerous methods and it works for architectural photography, portrait art, still life, product photography, macro photography, landscapes, commercial real estate images, and the list goes on.

For your next fun self assignment, try out a method of reducing or adding contrast that you normally wouldn’t consider for a certain style. Not only will you have a lot of fun, you’ll probably find yourself improving your images in general with an enhanced understanding of how to use contrast.