Shooting in film is making a comeback of sorts with many new film choices available. To be honest, shooting film has never actually gone away, though digital photography is definitely the primary way a huge percentage of photographers, from beginners to top pros, capture their images.

Canon 35mm film cameras are excellent tools to use for film photography. In today’s guide, I’ll  give you three Canon film cameras that are good choices for shooting film. 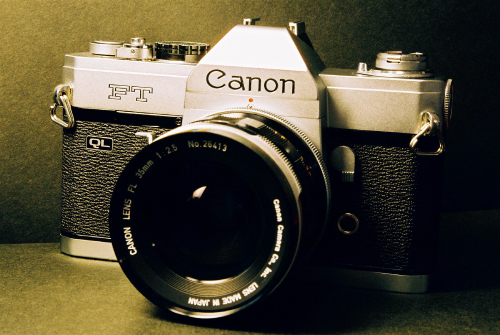 When shopping for a Canon film camera, there are two major styles of lens mount systems to choose from: EF and FD/FL.

I’ll share details about super capable electronic cameras from each lens mount system. I’ll also give you an all-mechanical Canon film camera that will take you back to the basics of photography.

Here are the 3 Canon film cameras: 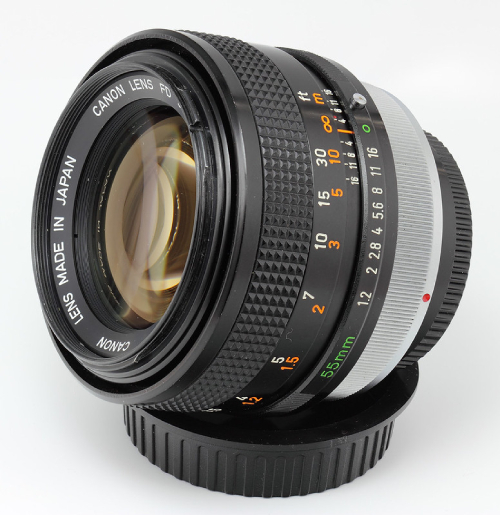 Canon film cameras for 35mm photography originally used Leica screw mount lenses for their rangefinder cameras. In the 1960s came a mount labeled R for a limited run SLR Canon film camera which was quickly replaced by the FL lenses. These had a similar style of breech lock attachment mechanism.

The FD lens mount from 1970 onward was virtually identical to FL but with some extra information allowing for full aperture metering and auto aperture control. The new FD worked exactly the same with Canon film cameras but simplified the mounting to a quick action method.

In 1987, the EOS 650 and EOS 620 autofocus Canon film cameras were introduced along with a new, all-electronic lens mount, the EF mount. This is the same EF lens mount used for Canon EOS digital DSLRs.

EF-S is physically the same but with the lenses designed for APS-C crop format, and EF-M for mirrorless crop format. Finally, RF lenses are made for the new Canon EOS R lineup of mirrorless cameras.

All EF lenses and RF lenses are electronically controlled, while FL and FD lenses are mechanically activated. The lens mounts are not compatible without lens mount adapters, and not all functions transfer over, even with an adapter. 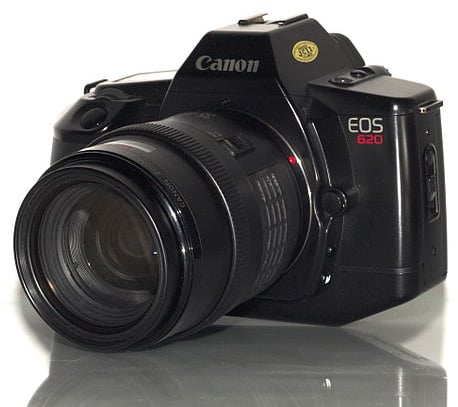 The 1980s were a time of rapid advancement in 35mm SLR photography. Canon film cameras were in a heated battle with Nikon and Minolta Maxxum for full-featured AF cameras that advanced and even professional photographers could appreciate.

While there are many other factors to consider, for AF capability, it seemed that Canon film cameras pretty much led the pack after the initial success of Minolta Maxxum cameras. The initial EOS cameras were the amateur-oriented EOS 650 and the EOS 620 Canon film camera for more advanced users.

On top of the superb autofocus and metering, the Canon EOS 620 added a faster top shutter speed, shiftable program AE mode, auto bracketing, multiple exposure, and several minor improvements aimed at serious photographers. Have a look at this YouTube review of the EOS 650 and EOS 620 Canon film cameras by Azriel Knight:

A nice advantage for aspiring film users is that the EOS 620 (and all EOS Canon film cameras made afterward) can use the same EF mount lenses.

You can find many lenses that can be used with Canon film cameras as well as with digital models. Just be careful with EF-S lenses since they won’t fully cover the 35mm film format.

Likewise, be careful where you source your used Canon EF lenses. There are many excelent sources for used gear, but there are also many others that aren't very reputable.

So, if you want a Canon film camera and you are already a Canon DSLR user, the EOS 620 is a great option. Not only will many of your lenses fit and function completely, but the form factor and control placement will feel very familiar. 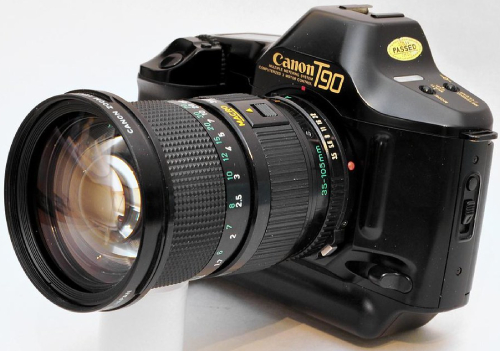 Perhaps the most sophisticated FD mount Canon film camera ever made, the Canon T90 introduced the form factor still found in current Canon cameras. It also had evaluative metering, center-weighted metering, and spot metering patterns. Here is a YouTube review of the T90 Canon film camera by The Photographer's Bag:

It is a tank of a camera, super heavy-duty, and has a shutter with a top speed of 1/4000th and flash sync of 1/250th. A true powerhouse of a Canon film camera, it had TTL flash metering, vertical and horizontal shutter releases, and could zip through film at 4.5 frames per second with its built-in motor drive.

The power supply is 4 AA batteries, and it has a viewfinder display that shows almost everything you need to know, including an external LCD display of camera settings. Exposure modes include programmed AE, shutter priority, aperture priority, and full manual control.

FD lenses for Canon film cameras haven’t been in production for quite a while, but you can still find many of them online at all sorts of camera stores. 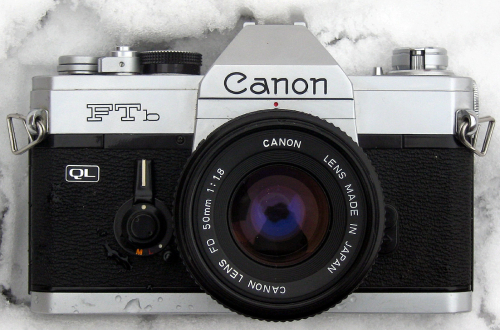 As far as using Canon 35mm film cameras for tapping into that classic feel and methods of film photography, it’s hard to beat the fun of using a classic, all-mechanical Canon film camera such as the FTb-QL with a 50mm f/1.8 (Nifty Fifty) FD lens.

This camera is solidly made, smooth operating, and as full-featured as an all manual, completely mechanical (except for the light meter) Canon film camera can be. The QL (Quick Load) mechanism is virtually foolproof and helped pave the way for newer motorized cameras for handling the sometimes tricky job of loading 35mm film.

In good condition, this fantastic Canon film camera is a true joy to use. While it may have been originally marketed to amateur users, I find it to be one of the most robust cameras ever made - a true workhorse of a camera. You will enjoy a review of this Canon film camera in the video above by KimGarza Photography & Art.

So, you have my three choices of the best Canon film cameras for 35mm photography. One that can use current lenses you may already own, one that helped usher in a new era of camera design for serious users, and a camera that can teach you all about photography while giving you tons of fun.

I hope you enjoy your Canon film cameras as much as I have - and I can’t wait to see the results!