Photography Tip—How to Connect Your Subject to the Scene 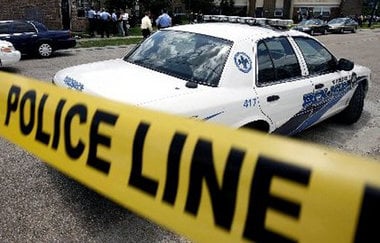 One of the important lessons of digital photography is that just because digital cameras are virtually automatic doesn’t mean you’ll automatically take great pictures. You acquire photographic skills and accomplishments by knowing how to use the equipment (regardless of how automatic it is) to create those great photos. As automatic as digital cameras may be, they can’t create, or compose, the photos for you. That is your job.

Once of the most common compositional errors is failing to connect, or secure, a subject or object to the scene. Prime examples are the many pictures in the average family’s photo album that show people with the ends of their limbs cropped from the pictures. That cropping wasn’t done in photo-editing software; it was photographed that way. If you’re guilty of shooting such pictures, then this PhotographyTalk.com article should help you. It provides a number of examples to avoid in your photography. It’s an easy fix to elevate the quality of your digital photos.

Objects on a Surface

Whenever you’re shooting objects in their natural environment or in a controlled studio setting, you must include the surface on which they are resting, as part the photo. In many cases, the surface will be obvious, but in a studio, an object may be purposely photographed on a white surface. To reveal that surface, the typical technique is to use a light source to cast a faint shadow of the object on the surface behind it. Occasionally, you may want a photo of the object without the shadow, which is typically accomplished by using white seamless paper. You’ll be able to “cut” the object from the photo and place it in another with photo-editing software.

It’s those family photos again, with bodies cut at the elbow, wrists, shins and/or ankles. When the mind is confronted with such images, it registers them as incomplete. The mind becomes confused because it knows a person must be standing on some surface, even if his or her feet are not part of the picture. Photograph a person’s entire body whenever possible, showing, especially, his or her feet on a surface. If you must photograph only part of a person, then make sure the lowest point is just above the knee. If you can’t show a person’s entire arm, crop the image between the joints and not at them (between the shoulder and elbow, between the elbow and wrist).

Failing to connect a large object, such as building, to the ground on which it stands is also the sign of a photographer working on “automatic” pilot, instead of consciously thinking about the composition of his or her picture. Tourist and travel photo albums are filled with images of famous structures with their tops missing or not clearly anchored to any surface. Instead of showing the middle third of the Statue of Liberty, for example, with the face, but her raised arm severed, so you can’t see the flame, frame your camera on the top third, from just below the head and just above the flame.

Once you understand this concept of connecting your subject to the scene and you see it in your photos, you can then start to experiment with breaking these rules, on occasion, to expand your creativity.

Also see: The 19 most expensive photographs ever sold