Photography Tip—How to Select a Memory Card for Your DSLR Camera, Part 3 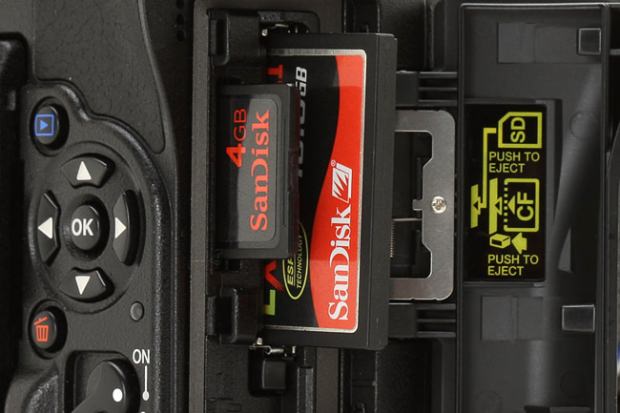 Part 1 and Part 2 of this series of PhotographyTalk.com articles presents information about some of the current memory cards you can purchase for your digital camera. This final part explains how the speed and storage capacity of a memory card you buy also relates to the kind of digital photography you shoot, and the way you shoot it.

Speed
One of the factors to consider when choosing a memory card with a specific data transfer rate is whether you shoot photos with plenty of movement and action, such as sports or active children. How often you shoot in burst mode is another factor. A third factor is that both your digital camera and its memory card have a data transfer rate: the speed that the camera transfers data to the card and the speed that the card writes data from the camera. You wouldn’t want to buy a memory card with a speed of 30MB/second, if your camera can only transfer data at 7MB/second.

You can dissect the speed of a memory card further when you understand the effect of the burst rate and buffer capacity of your camera. The buffer is where your camera stores pictures before transferring them to the memory card. To help you understand this relationship, consider a camera with a burst rate of 3 frames per second, a buffer that holds 100 images and is able to transfer data to its memory faster than to the card. With this DSLR camera, you won’t have to wait for the previous image to transfer to shoot the next picture quickly. Since the camera’s burst mode is limited to three frames per second, spending extra for a faster memory card is unnecessary. This is a good decision if you shoot mostly jpeg files.

You might need that faster card, however, if you are shooting digital photos as NEF (RAW) files. In that case, the buffer of this digital camera example stores six RAW frames before the speed of the memory card limits the data transfer. When the buffer has been filled with those six images, then the transfer rate of the card is determined by how fast the files are moved to the card. If you take that six-picture limit in burst, or continuous shooting, mode, then those six pictures will be transferred in two seconds (three per second). This will decrease the burst rate. The conclusion is that you’ll need a faster memory card (and probably spend more money) if you expect to shoot NEF files at more than a six-image burst rate.

Storage
Storage space is the other important feature of digital cameras’ memory cards. The same strategy applies when choosing a memory card according to its storage capacity as you would for its transfer rate: you can’t have too much. Memory cards are very durable; and, often, data can be retrieved from a card even if it is immersed in water, but not if it’s lost. That’s why two or three cards with the space for 500 NEF files are better than one card that holds 1,000.

You also want to think ahead about the kind of digital photos you might shoot. They may be jpegs today, which don’t require as much space, but you could switch to NEF files in the future, and then you’ll be happy you spent a relatively small additional amount for more file storage. Typically, those NEF files require more than twice as much space as jpeg files. As the line between digital photography and video continues to blur, you are more likely to have a camera in the future that shoot both, which is another reason to consider a memory card with greater storage space.