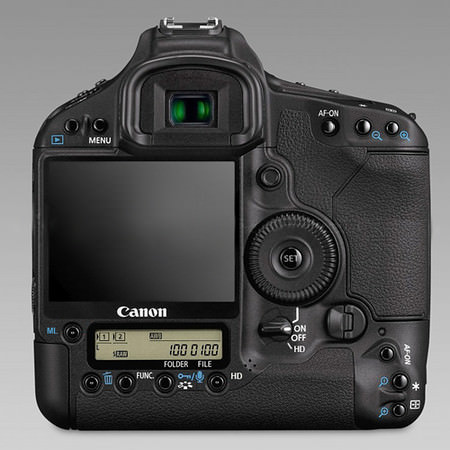 With the EOS-1D Mark IV DSLR camera, Canon has attempted, and succeeded, to make the controversial auto-focus (AF) problems of its predecessor, the Mark III, part of the past and to enter today’s competitive fray with the Nikon D3 and other cameras at the same price point. The combination of a 16-megapixel sensor and an incredible fast 10 frames per second has allowed Canon to carve a significant niche for the Mark IV. Many of the camera’s other valuable features and advantages can be found in Part 1 of this PhotographyTalk.com article, while Part 2 focuses on its video capabilities.

The marketplace would expect a DSLR at the level of the Mark IV to include a comprehensive array of video functions. In fact, it is the best Canon has to offer in a DSLR, sharing standard specifications with the EOS 7D. Canon mad sure that the Mark IV could out compete its closest rival, the Nikon D3S. It only shoots 720p video at 24 frames per second (fps), while the Mark IV shines with HD video capture at 1920x1080 pixels (1080p) at 30, 25 or 24 frames per second or 1280x720 pixels (720p) at 60 or 50 frames per second.

Many DSLRs’ video features may not match all a separate camcorder can offer, but the Mark IV’s large sensor, and the shallow depth of field it creates, is certain to attract serious digital photographers who also want very good video, as a secondary capability. Plus, the Mark IV has connectivity for a 3.5mm external microphone, which results in much better stereo recording than the built-in monaural microphones of so many other DSLRs. Simple editing of the beginning and end of video clips is also available.

One video characteristic of the EOS 7D that the EOS-1D Mark IV doesn’t share is the simplicity of moving from other shooting modes to movie mode. The EOS 7D system is one step: switch the mode and push the start button, as well as capturing still images during movie mode by triggering the shutter release. In contrast, the Mark IV requires a bit more complicated two-step process to record video. First, the appropriate live view mode must be selected in the settings menu. Then, live view must be initiated to prepare the camera for video recording. Only then does it start with a push of the FEL button. All of theses necessary operations could easily result in missed video. A plus is that the Mark IV records video at all its ISO settings, including the extreme maximum of 102,400.

Most photographers will be very pleased with the quality of the video from the EOS-1D Mark IV. Canon has made sure it matches the high quality HD and relatively smooth motion of the EOS 7D and 5D Mark II, when shooting at 1080p. You will need a robust computer to view and edit your clips, so playback is also of the highest quality possible. Depth of field can be creatively manipulated with the Mark IV’s APS-H sensor, giving video a very shallow plane of focus that standard camcorders can’t duplicate. The EOS 5D Mark II has even greater depth-of-field capabilities, but when first introduced, it didn’t have the manual video controls that are standard in the Mark IV. The 5D Mark II has been subsequently upgraded with these controls.

On the downside, the Canon EOS-1D Mark IV does have some video limitations. Although some noise is produced in low light and at higher ISO settings, it is well within an acceptable range. Of course, pushing the ISO to 25,600, or towards its maximum of 102,400, will also increase the visible noise. Shooting at 720p, compared to 1080p, also produces some image aberrations, but they are barely there unless you are viewing separate frames or the video in slow motion.

It’s no surprise that the Mark IV’s rolling shutter generates some distortion. That’s common on most DSLRs with video capabilities. This distortion is typically evident when you pan or move the camera quickly in an attempt to follow a subject. The advantage of the Mark IV is that this occurs with less frequency on its video clips than many other DSLRs. Another big upside is the Mark IV’s exposure transition in video from bright to dark scenes is not jerky or jagged. The camera performs extremely well in this aspect, adjusting to the change fast and smoothly.

On balance, the Canon EOS-1D Mark IV delivers not only what it promises, but also what serious and professional photographers demand at a $5,000 to $6,000 price tag, body only. Although it has naturally evolved from the Mark III, it doesn’t exhibit any of that camera’s AF problems, which may have been over-exaggerated in relation to the number of photographers they actually affected. Canon is more concerned with remaining competitive with whatever Nikon introduces to the marketplace. The Mark IV is certainly designed for photography first and videography second, but only a small group of photographers will view this as a barrier to paying the price for one of the best DSLRs they can buy.