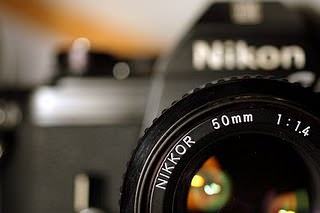 For almost 70 years, Nikon has been one of the world’s driving forces behind the popularity of photography, and now digital photography. Probably, its major contribution was the invention of the single-lens reflex (SLR) camera, which was introduced to the world in 1959. The story of Nikon’s rise to a leading global brand of optical equipment, including cameras and lenses, began, however, in the early years of the 20th century. The company had to survive two world wars, the “made-in-Japan” stereotype of the post-World War II years and a highly competitive marketplace that continues to the present day.

Nippon Kogaku (Japan Optics) was formed during 1917, as a merger of three of Japan’s principal optical equipment manufacturers. The business environment was already very competitive since the Germans were considered the leaders in optical-glass making. The founders of Nikon realized this fact, which is why they tried, unsuccessfully, to forge a technical alliance with the famous Carl Zeiss. Within two years, however, Nippon Kogaku was able to lure eight optical experts from Germany to join the company.

World War I did not impede the company’s growth; and, following the war, the Japanese government welcomed foreign companies to help improve the country’s manufacturing base. Nippon Kogaku benefited from this policy, obtaining the German’s guidance in the development of a line of ultra-small prism binoculars and the precise JOICO microscope. The Nikkor brand of lenses was first designed during 1932. Nippon Kogaku continue to grow throughout the years prior to World War II.

As the Japanese military began to increase its power over the government and implement its expansionist policies, Nippon Kogaku was in an advantageous position to participate in the advancement of precision optics for navigation and bombing equipment. Because of Germany and Japan’s partnership as Axis powers during World War II, Nippon Kogaku had even more access to the technical skills of the German optical industry. What the company learned may have been for the purpose of waging war at the time, but the skills and knowledge it acquired would also drive its post-war growth.

Much of Japan’s infrastructure and manufacturing capacity was destroyed during World War II; however, Nippon Kogaku was able to re-focus its efforts from a military market to a consumer market rather quickly. First, the company re-supplied Japan with various optical equipment needed to revitalize the economy. These included microscopes, binoculars, eyeglasses and surveying instruments.

Then, during 1946, the first camera with the Nikon brand appeared. Nippon Kogaku was now competing against Minolta, which had been making cameras as soon as it opened its doors in 1928. Plus, Canon already had a 12-year head start, since it brought Japan’s first 35mm camera to the market in 1934. Even worse, the Leica 35mm camera had been made in Germany since 1925, and was professional photographers’ first choice.

At this point in its history, Nippon Kogaku made a strategic error. Despite the popularity of the Leica, the German economy was shattered as much, if not more, than the Japanese, so there was a void waiting to be filled by a savvy manufacturer. Nippon Kogaku decided to concentrate primarily on the Japanese market, however, and not the world market. It’s not surprising, given the immediate need to restore Japan’s economy.

The occupation of U.S. armed forces after the war significantly benefited Nippon Kogaku and other Japanese camera manufacturers. Soldiers, sailors and airmen discovered these cameras in post exchanges and at the first retail stores to open. The cameras returned to the U.S. with military personnel and Western photographers, casual and pros. They soon discovered that Nikon cameras and optics were of excellent quality. Because of its quickly growing reputation, Nippon Kogaku didn’t suffer like many other Japanese companies from the “made-in-Japan” stigma.

Read Part 2 of this PhotographyTalk.com article to learn how Nikon grew to the international digital photography and optics powerhouse it is today. (Coming Soon)