Photography Tip—How to Benefit from Your Lens Hood 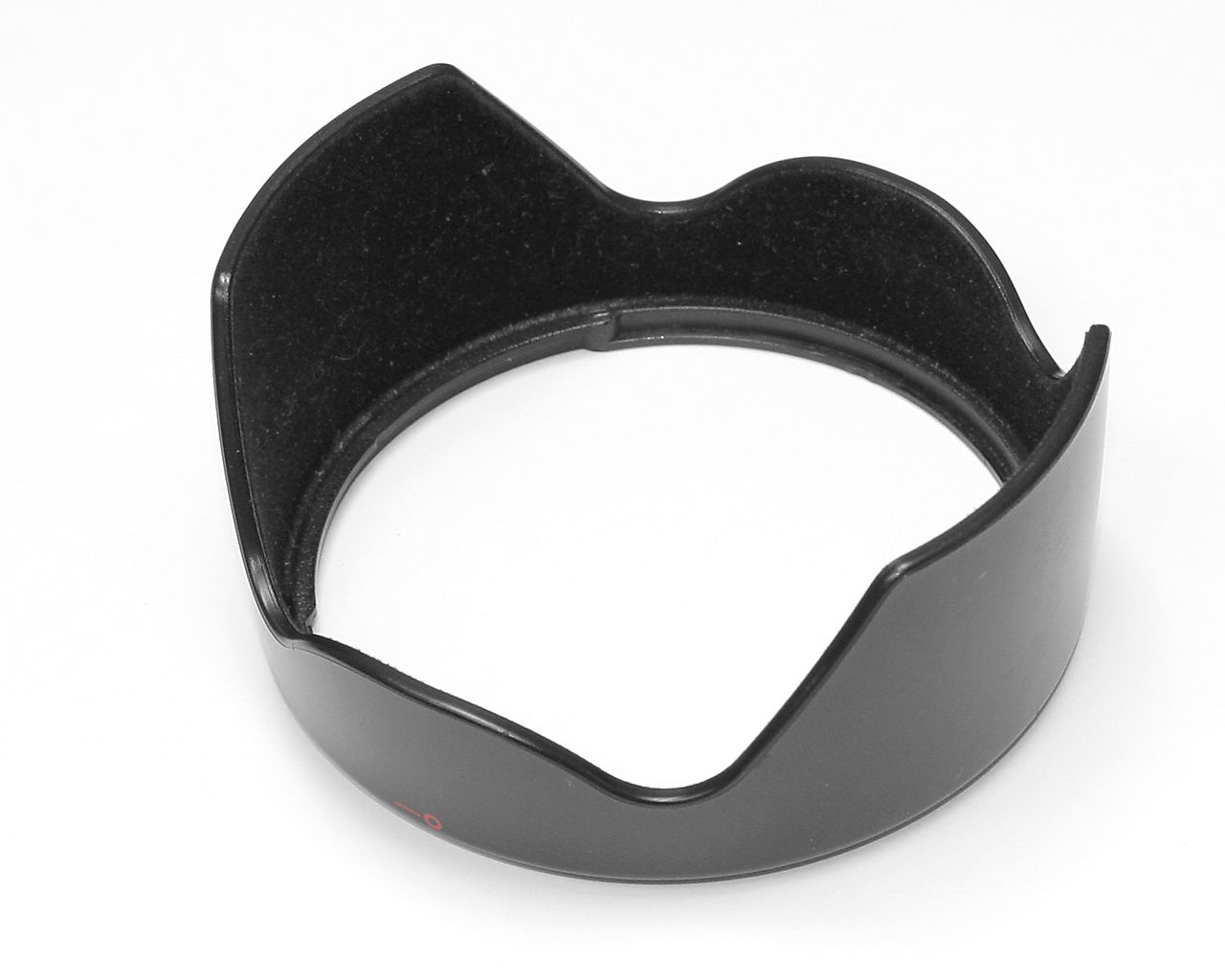 Digital photography for those new to DSLR or interchangeable lens systems is often confused because there is more to the equipment than just a camera and a lens. One piece that causes many amateurs to scratch their heads is a lens hood. It can easily seem like something extra with no purpose, but it helps to block some of the light entering the lens to eliminate lens flare. A lens hood can also cause a problem, which is described below.

Lens hoods come in two looks. One is tube-like, which is included with a fixed focal length lens, or one that does not zoom. Felt is often affixed to the inside of this type of hood to decrease the amount of light reflecting from the plastic of the hood. The other type of hood is for zoom lenses. This hood has a curved opening at one end. The hood is constructed in this manner, so when you use a smaller focal length, such as 28mm on an 18–250mm zoom lens, the hood does not block the wider angle of view. When you shoot at a longer focal length, such as 200mm, the hood can obstruct much of the light.

The other confusing aspect of a lens hood is that it is both a benefit and a detriment, depending on how you are using the lens. The benefit is that the hood doesn’t allow light to enter the lens and strike the outer glass elements inside the lens at a wrong angle that results in lens flare. Most of this light doesn’t help to expose the picture because it never reaches the sensor. Lens flare looks like faded marks in a hexagonal or octagonal shape, which is the shape of the lens opening. Light that enters a lens at a more direct, or perpendicular, angle can also cause lens flare, but a hood eliminates the worst angles of light.

A lens hood is a detriment when attached to a zoom lens. The curved construction of a zoom lens’ hood could permit light to enter the lens sooner, compared to a fixed focal length lens. This doesn’t cause much of a problem unless you’ve turned the camera to a vertical position and the lens is directed near the sun. This could create lens flare toward the lower portion of the image and the dust on the lens could register on the sensor.

You should use the hood that comes with your lens under most conditions; however, it is of little value when the sun or a light source is visible in the framing of your image. A lens hood will prevent light reflected from surfaces near your lens (window, light-colored wall, etc.) from entering it, but you will barely notice it. If you forget to pack your lens hood or you’ve lost it, then your hand, a small piece of cardboard or other flat object is a good substitute. You may have to shoot a few test images to make sure it’s in the right position to block the light, but not be seen in the frame.